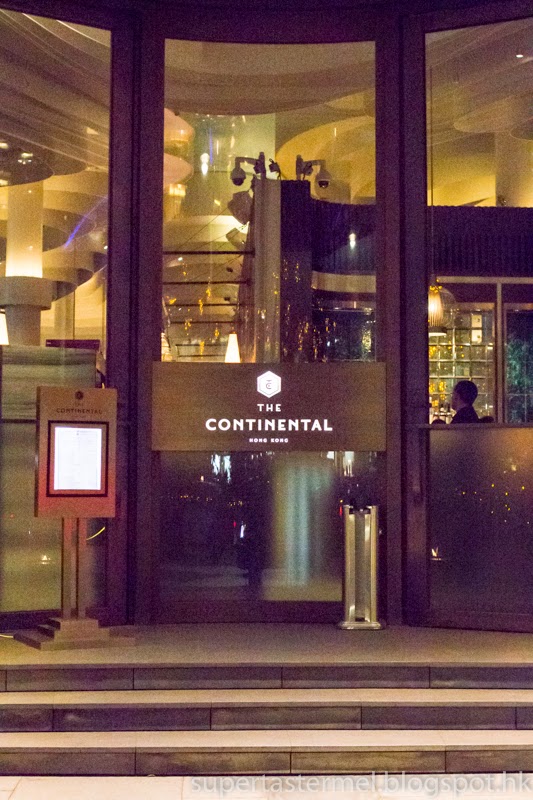 The Continental is the latest restaurant venture from the Swire Group after Plat du Jour and Public in Quarry Bay (both of which I have visited by the way since I work in the area). It took over from Domani's old space on the fourth level of Pacific Place which is the same floor as the entrances to the adjacent hotels. The space was lovely altogether from the spacious and chic indoor interior to the outdoor space in the garden which would be perfect for dining in warmer weather. I came here because we had a coupon from Pacific Place which entitled us to a free bottle of wine and $400 off our meal - what a great deal and we got a try a new restaurant! 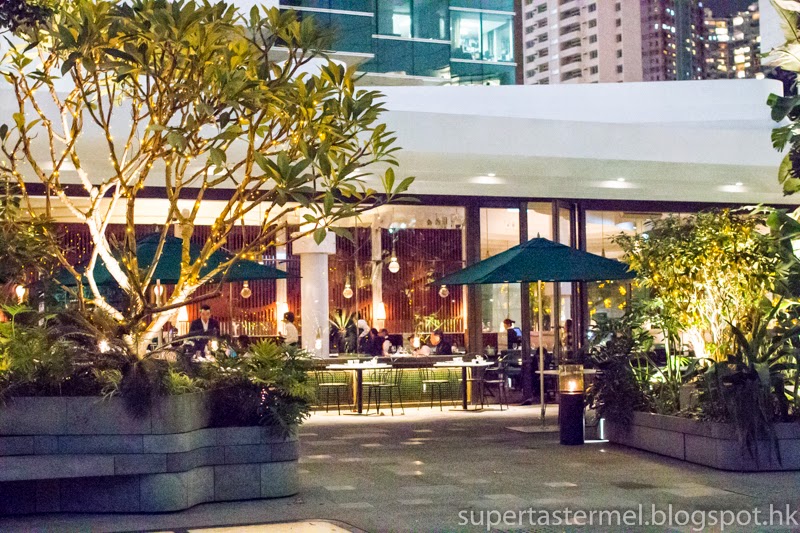 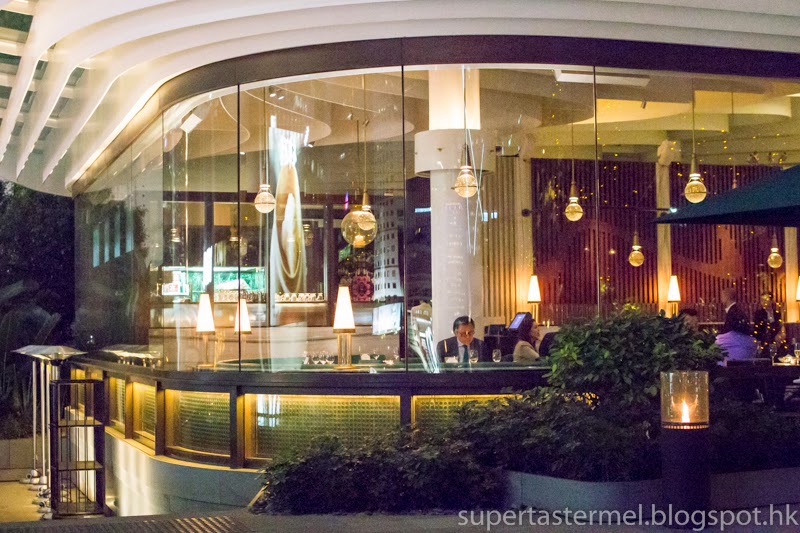 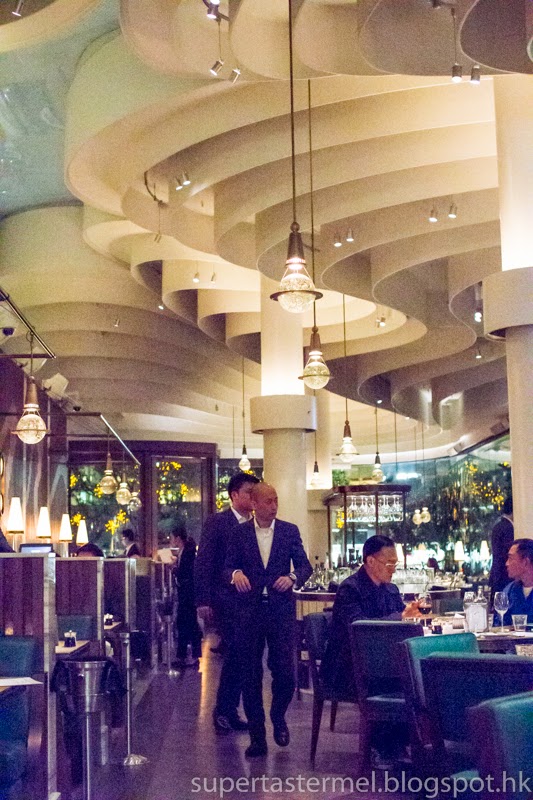 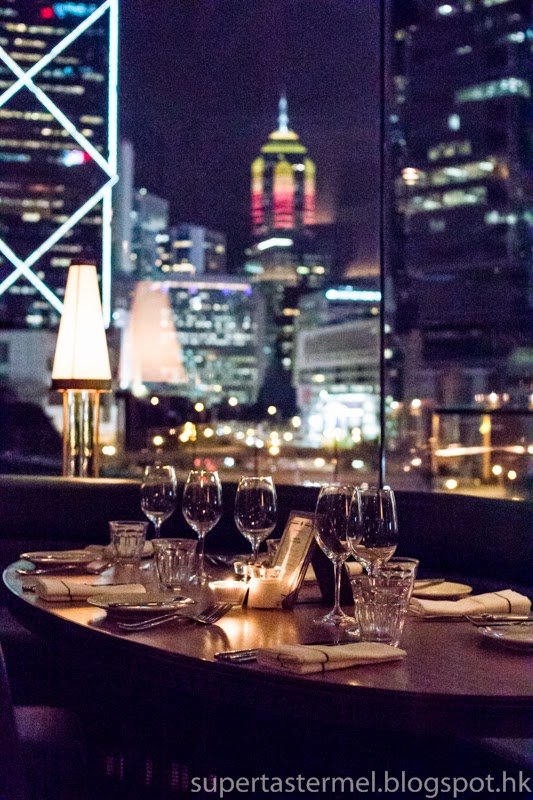 Even though the consultant - Chef Rowley Leigh - for the restaurant is British, the menu is more French with a little bit of Italian and British thrown into the mix.


Omelette ($85) - with a choice of Gruyere cheese or fine herbs filling, J opted for cheese and the omelette arrived perfectly cooked as it was soft and moist while the fillings just melted in the mouth. [4/5] 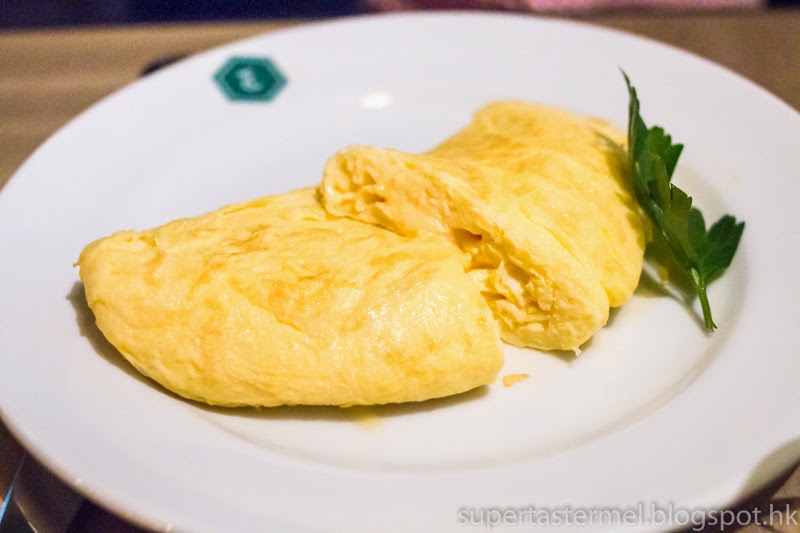 Beef Carpaccio Salad ($195) - with shaved foie gras, watercress, fig jam and sourdough toast. It was refreshing to eat while I especially love the fig jam but the raw beef lacked a bit of flavor that one would expect from a carpaccio. [3.8/5] 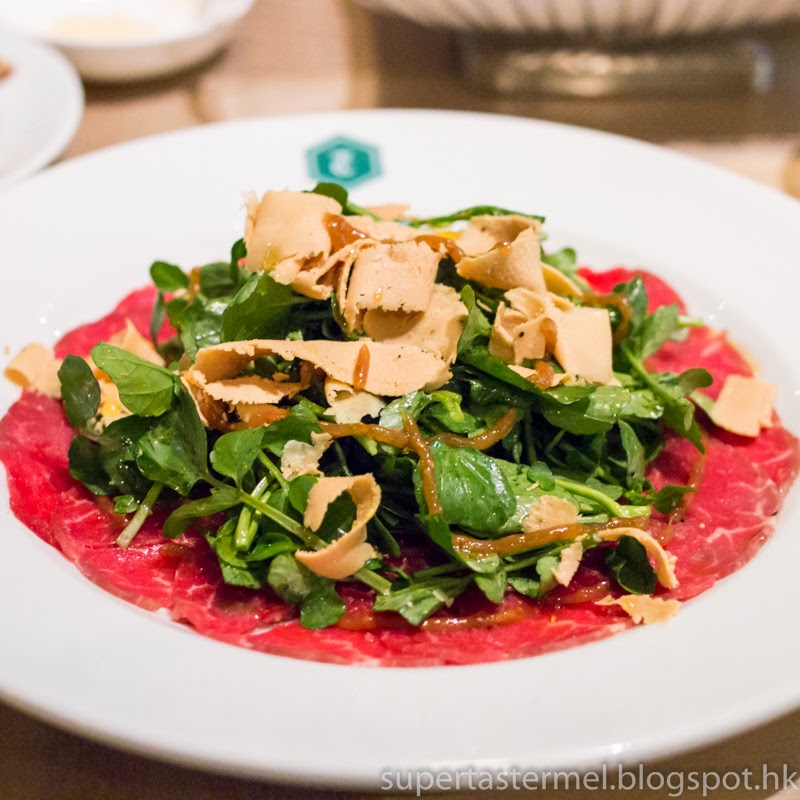 Pappardelle with Short Ribs and Gremolata ($145) - originally paired with shell pasta, we asked them to switch it to pappardelle for us since it is J's favorite and we didn't like the pappardelle dish pairing with artichoke. The meat was decent but the entire pasta dish just tasted very buttery and one dimensional so it was a bit disappointing. [3.5/5] 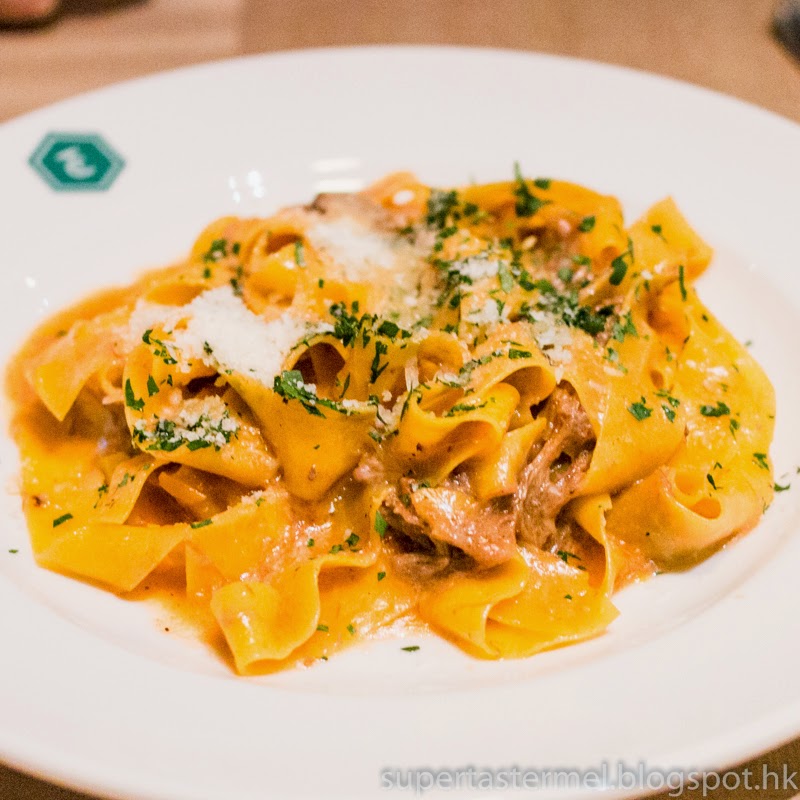 Hanger Steak ($235) - prepared in a Spanish Josper grill (Penthouse has one as well), the hanger steak came with shallot and red wine sauce. Prepared medium rare, the beef was flavorful albeit a bit tough in texture. The sauce was lovely though and enhanced the steak perfectly. The fries that came on the side were nice and crispy as well. Can't help but think that this is like a fancier version of steak frites. [4/5] 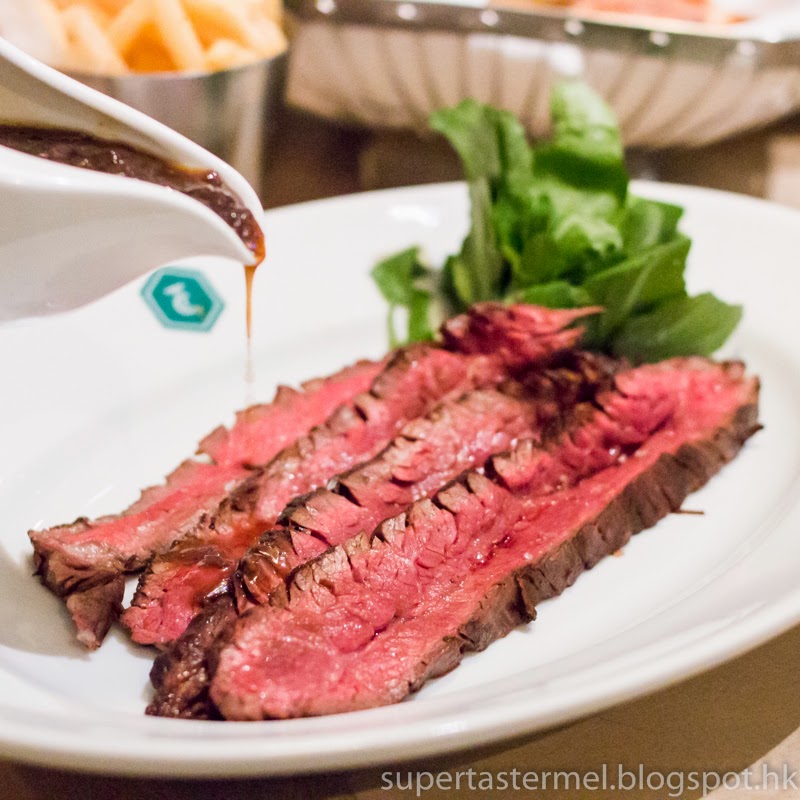 Paris-Brest ($90) - it was hard to choose a dessert to try (funny that always happen when it comes to dessert haha) but I went for the paris-brest because I saw that people said it was good. The praline cream was not bad but the choux pastry was quite salty for some reason which really threw the flavors off for this dessert. Should have gone for the chocolate souffle with pistachio ice cream instead as it looked pretty good. [3.5/5] 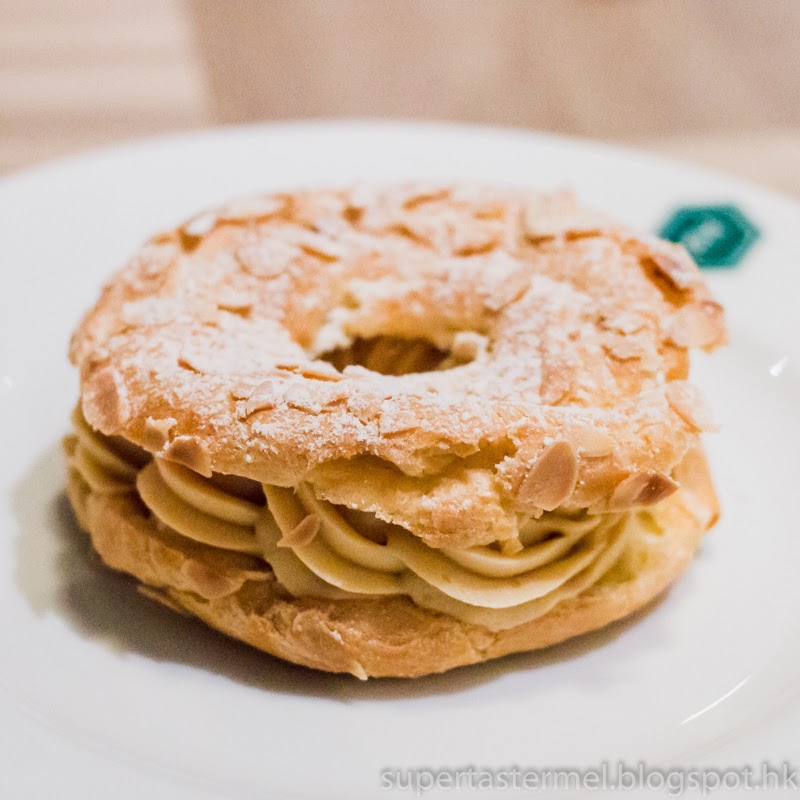 Verdict - after dining at all of the restaurants from Swire now, it strikes me that they tend to play it very safe when it comes to their menu and flavors. The food may not be the most innovative or creative, but it was solid for the most part. For the relatively high prices though, I would expect more from The Continental especially since the restaurant scene is so competitive in Hong Kong where many are offering more exciting dishes for less $.