Can't believe it took me this long to finally check out Kwan Kee (坤記煲仔小菜) for its famous claypot rice! Kwan Kee actually has two branches that are really close to each other but the original one on Queen's Road West is supposedly better so that one is almost always full which is why reservations are essential. I've heard stories about its notoriously bad service but I didn't know how bad it was until I tried to call during day time to make a booking only to have the lady on the other end of the line snap at me to call back later and then hang up on me. My friend tried to call as well and had the same thing happen to her but she persisted and managed to get through to the boss lady at night and scored a reservation at the main branch. So lesson #1 - call at night to make dinner reservations (if you're lucky enough to get through that is because they don't always pick up). Otherwise, you can always try your luck and go early to line up as I saw quite a few people queuing outside the restaurant, or just settle for the other branch on Des Voeux Road. 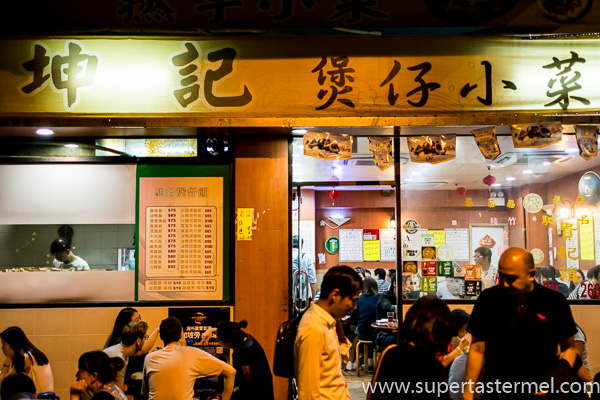 Since we had reservations, we were able to walk straight in on the dot at 7:30pm. A big plastic bowl and a pot of tea were waiting for us on our table already so it's one of those old school restaurant where we were expected to rinse our own utensils and bowls with tea. The decor was definitely no frills while the seating was cramped so we got to ordering right away. The restaurant is most famous for its claypot rice here but they also serve hot pot and casual Chinese dishes. We decided to order one claypot rice each and since they are made upon ordering and usually takes 30-45 minutes, we ordered an appetizer so we can have something to munch on while we wait. I initially wanted to try the Deep Fried Bombay Duck Fish which I had heard good things about but since my friend doesn't eat bombay duck fish, we got the Deep Fried Squid with Spicy Salt ($85) instead. Unfortunately it wasn't crispy enough while the squid was downright rubbery so we had to abandon the dish halfway through in order to save precious stomach space for the claypot rice. 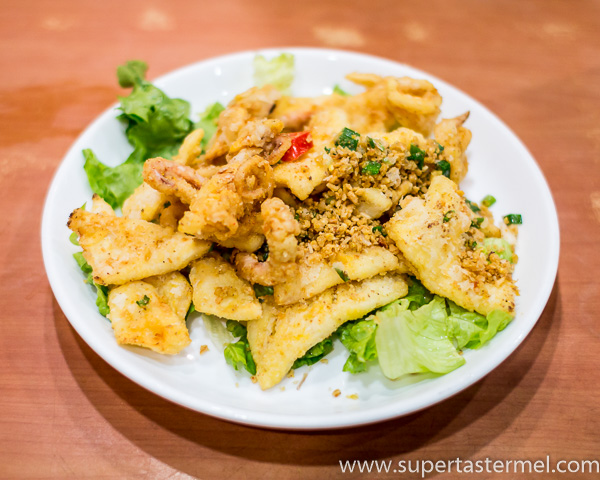 The menu has around 25 different claypot rice flavors to choose but you can basically customize your own by adding toppings like preserved sausages,egg or salted fish for additional $10 each. The first flavor we got was a basic Preserved Sausages Claypot Rice ($75) with both pork and liver sausages. The restaurant uses both gas stove and charcoal to cook its claypot rice and upon first bite I can see why Kwan Kee is so famous because the texture of the rice was absolutely perfect as it was not too hard or too soft and even the sausages had a slight crisp on its edges. Each bite was heavenly especially when mixed with the sweet soy sauce provided on the side. 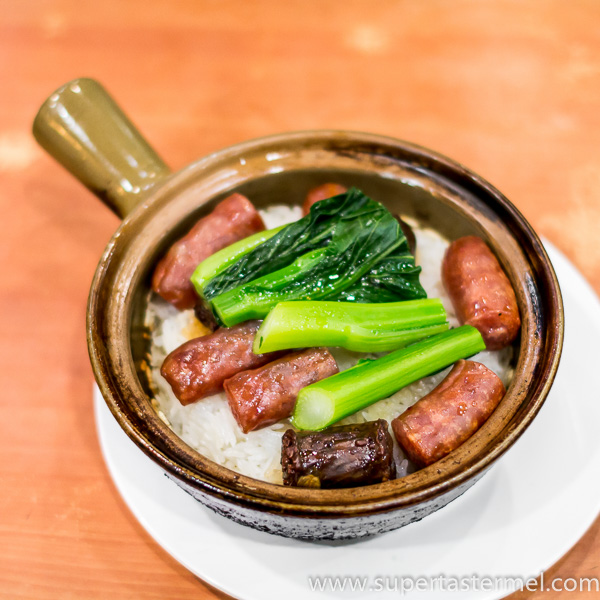 Once we were almost done, we flipped the bottom part of the rice that was stuck to the pot over to get to the best part of claypot rice - scorched crispy rice! I know people who only eat claypot rice for this and even though I'm usually not a big fan of rice, I happily devoured the crispy rice here. 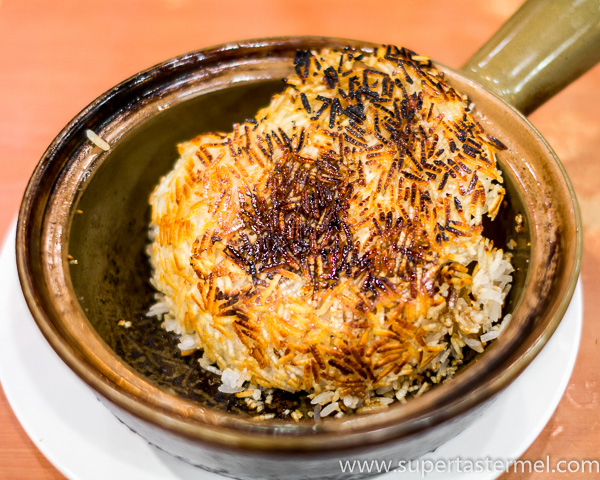 The White Eel & Spareribs Claypot Rice ($95) arrived shortly after and I have to say that this flavor was even better - especially the white eel which was plump and flavorful to eat.

Verdict - Kwan Kee's claypot rice is certainly good but is it the best in Hong Kong? I think the rice is the best that I've ever had but toppings wise I was more impressed with 紹華小廚 in Shau Kei Wan as they had more exotic options like taro with minced pork and garlic beef neck. Maybe if the service was better I wouldn't mind visiting Kwan Kee again to try its other claypot rice flavors and the Pork Bone Soup in Pot which is another famous dish here.