We were originally going to check out Samsen but due to the long queue there on a Friday night, we went to Deng G (鄧記) instead which had been on my list of restaurant to try since I like spicy food and it's supposed to be legit since it is an outpost of Deng G (鄧記食園) in Shanghai. Located in a commercial building, the restaurant is comprised of a Baijiu Bar (Chinese grain wine) on the first floor and the restaurant on the second. The stylish and modern decor made it seem like the restaurant was catered to the expat crowd but I was hoping that the food would be good and authentic. 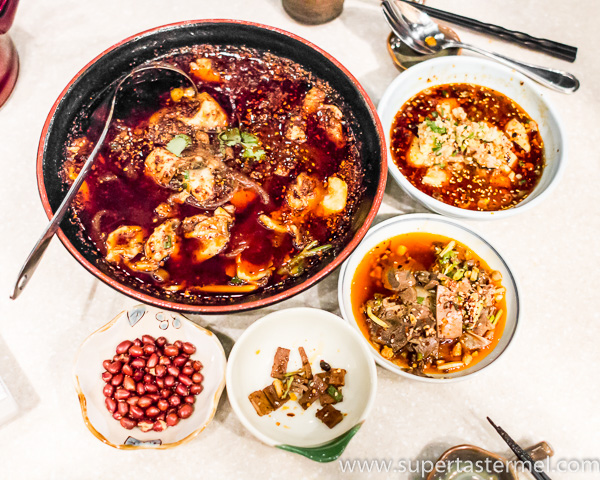 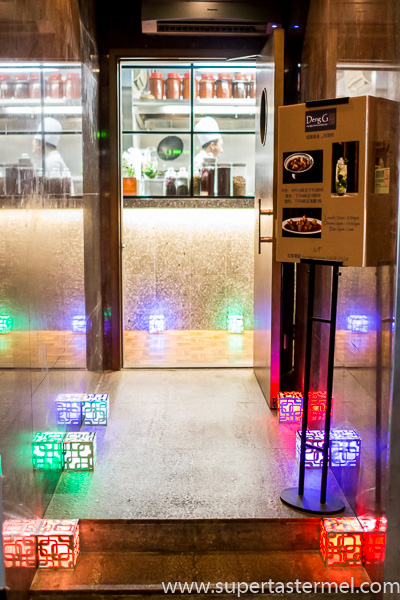 We reached the Baijiu Bar first and walked up another flight of stairs before we finally reached the restaurant. 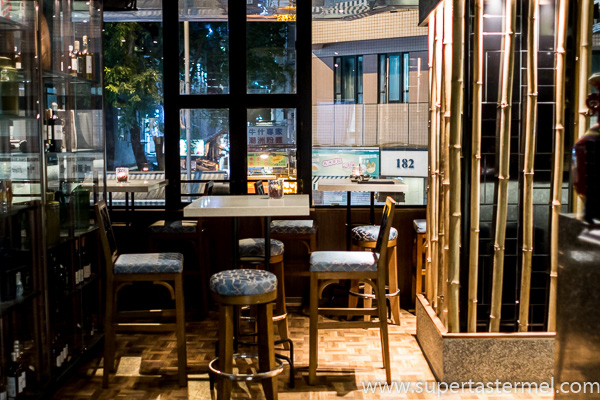 Luckily we were able to get a table right away as the restaurant seemed pretty packed that night. 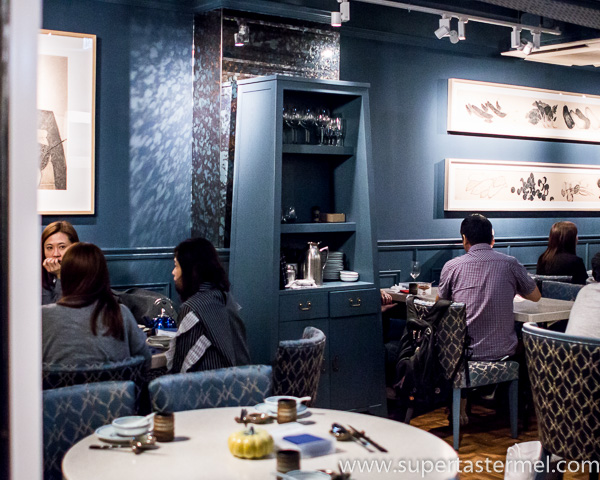 The menu was separated by different types of  "taste" profiles to demonstrate that Sichuan cuisine is not just fiery spicy including spicy pepper & salt, sweet & sour, wula and mala (numb & spicy). We ended up getting a few Sichuan dish staples that we always get starting with the Ox Tongue and Tripe Medley ($75) and Mouth Watering Chicken ($90). Both were spicy enough but a just a tad oily and the portions were on the small side. 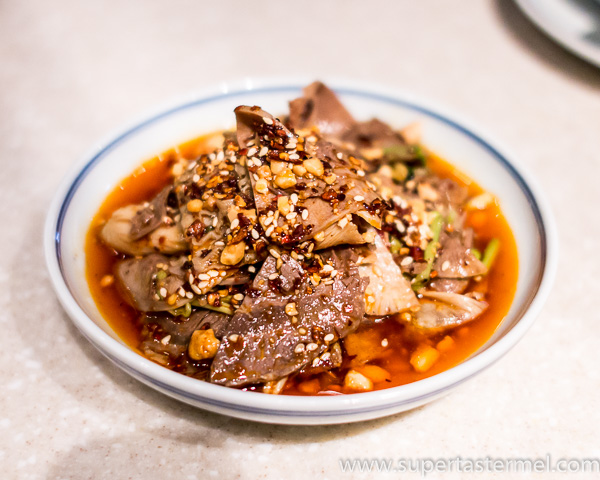 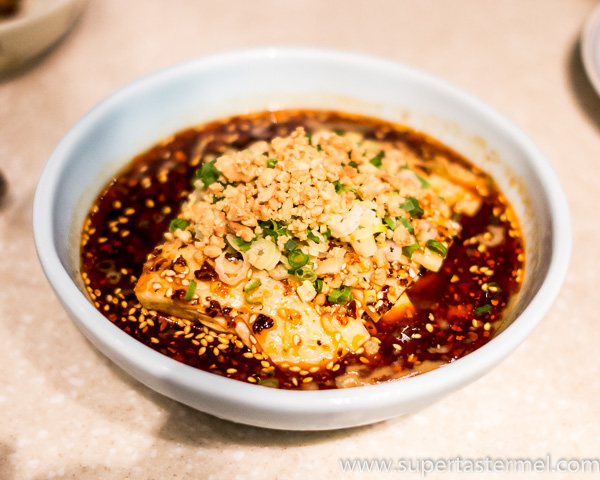 The Braised Sliced Fish in Red Chili Soup with Mandarin Fish ($388) is one of my favorite Sichuanese dish so I had to order it whenever I see it on the menu but unfortunately the version here was a downright oily nightmare. The soup was goopy and everything from the fish fillets to the potato noodles were basically drenched in oil while the noodles were bitter for some reason. We couldn't eat this at all and when we flagged this with the staff, he told us that it's supposed to be like this. Hmm really? Because it most certainly didn't taste like this at Golden Valley (駿景軒), San Xi Lou (三希樓), Qi (呇) or Sijie (四姐川菜). I asked them if they could make it less goopy and although they did comply, the dish looked nothing like before and to add insult to injury, I got sick the next day. 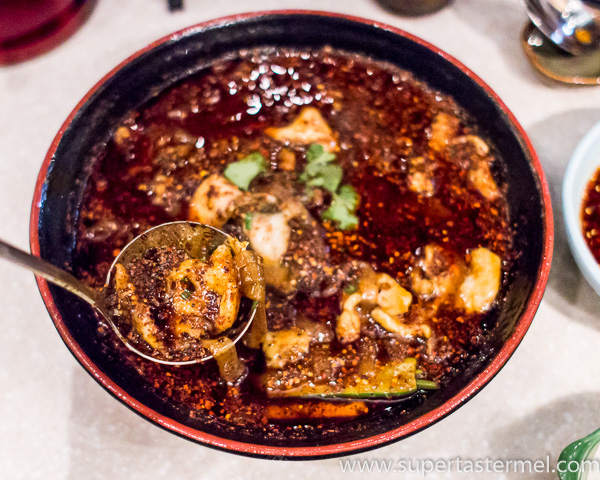 Verdict - Although I know people who had good experiences here at Deng G, our dining experience was quite the contrary and the food just can't compare to our favorite Sichuan restaurants in the city such as Golden Valley or San Xi Lou to be honest.