[Hong Kong] Fish School - Sink or Swim? A Little Bit of Both

Fish School is the latest creation by Yenn Wong of JIA Group (the restaurant group behind 22 Ships, Chachawan and Duddell's) and Chef David Lai of On Lot 10 specializing in fresh local fish and seafood which are prepared in a modern way. I was intrigued and booked a table for our double date with another couple for a Friday night rendezvous, and we found ourselves making our way down a tiny alley on Third Street towards the restaurant entrance with a bright signage beckoning us in. Once inside, we walked past the counter seats facing the open kitchen to our table in a more secluded area and set about to peruse the menu which was basically split into 4 sections - appetizers, whole fish, meat and desserts. The fish options were on a separate chalkboard on a nearby wall and 3 out of 5 were local fishes while the others were imported. We decided to order a bit of everything to share but as we were ordering, our waitress kept pressuring us to order more because she kept emphasizing how small the dishes were and that we should go for the larger fish instead. She didn't look too happy when we resisted since we wanted to order more fishes to try instead of going for the larger portion, and even my usually docile friend commented afterwards if we thought that she had an attitude problem which we all concurred. Just a note that there is no service charge here so I hoped that it doesn't mean no service! 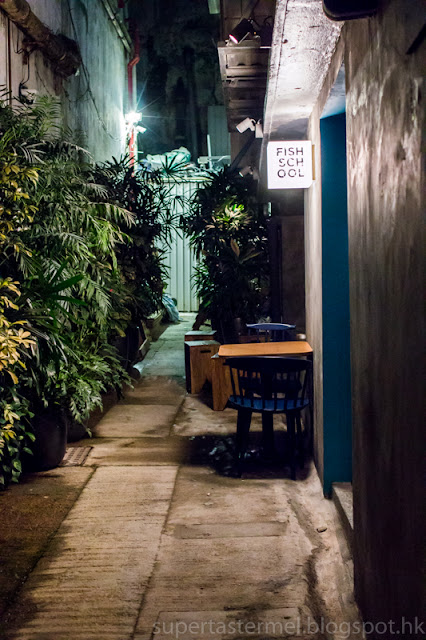 I had heard good things in general about the appetizers and we weren't disappointed. The Monkfish Liver Foie Gras Presse with Aged Tangerine Peel and Roselle (HK$165) was an interesting combo especially with the tangerine peel and refreshing roselle but we felt that the monkfish liver wasn't flavorful enough and had a rather coarse texture. 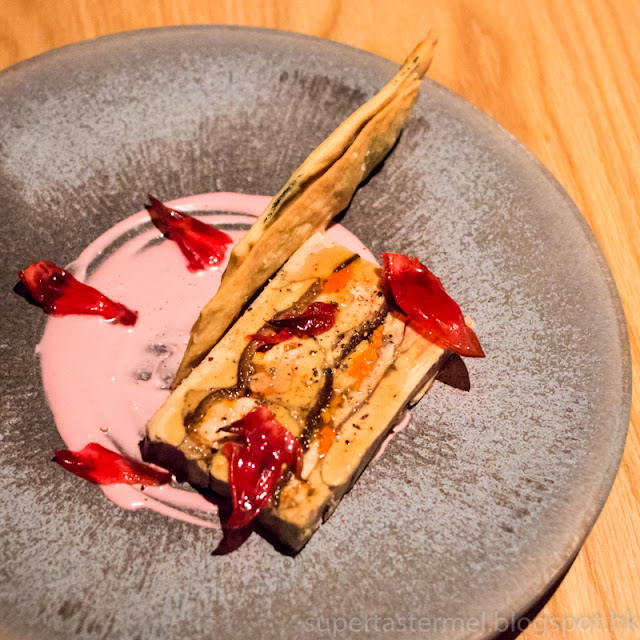 The Mantis Shrimp Popcorn with Cured Duck Yolk (HK$175) was one of the better dishes of the night as the crispy batter was light while drizzled with a tangy sauce that did not overwhelm the delicate flavor of the mantis shrimp. Just wished there was more of it for the price! 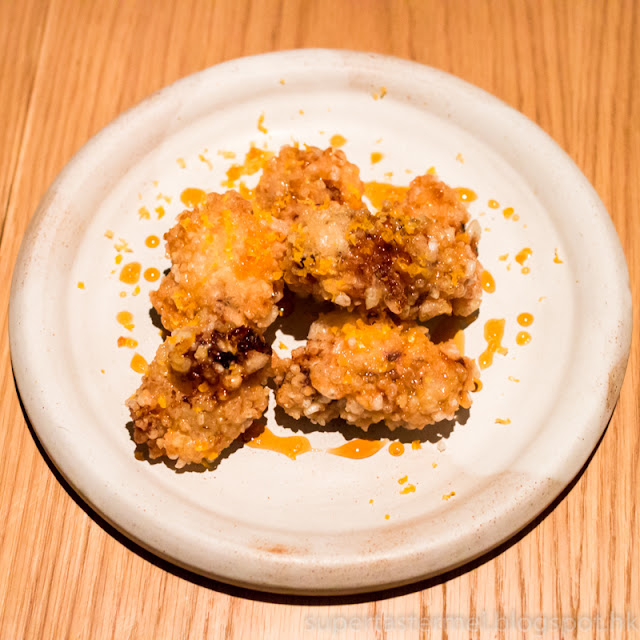 The Salted Garoupa with Clams and Potato Brandade (HK$130) was carefully seasoned which resulted in balanced flavors between the garoupa and the clams, and I especially loved the texture of the creamy brandade with the crispy fish skins. 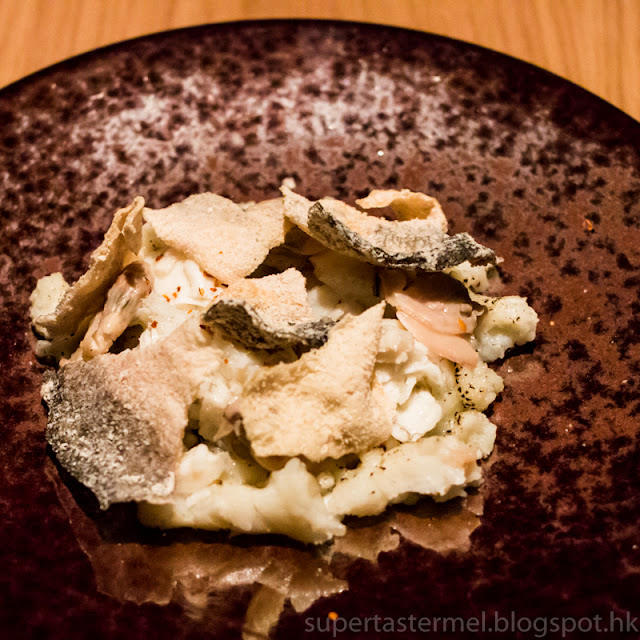 The Marinated Raw Crab with Sea Urchin and Rice (HK$185) was probably the best dish of the night as the flavors of the crab and uni went really well together, but portions were rather tiny plus my crab looks smaller than others I've seen online. It's not a good sign when there is more rice than crab! 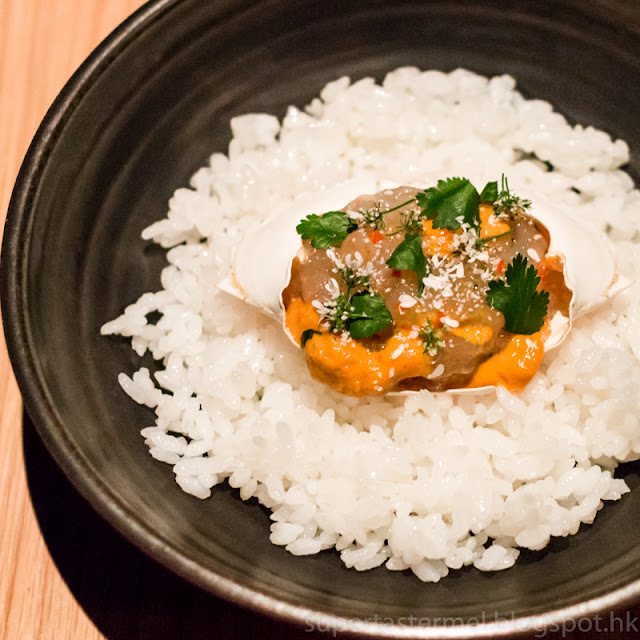 Can't visit a restaurant called Fish School without trying its fish right so we decided to try this Salt Baked Local Sea Mullet (HK$450) with stuffed eggplant and potatoes, but the mullet was very disappointing as the flavors were quite bland while texture was tough. 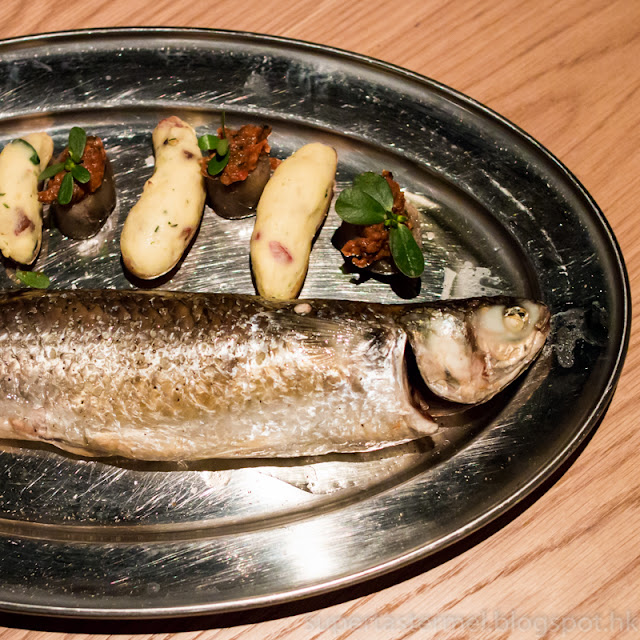 At least our mullet was deboned for us right at our table. 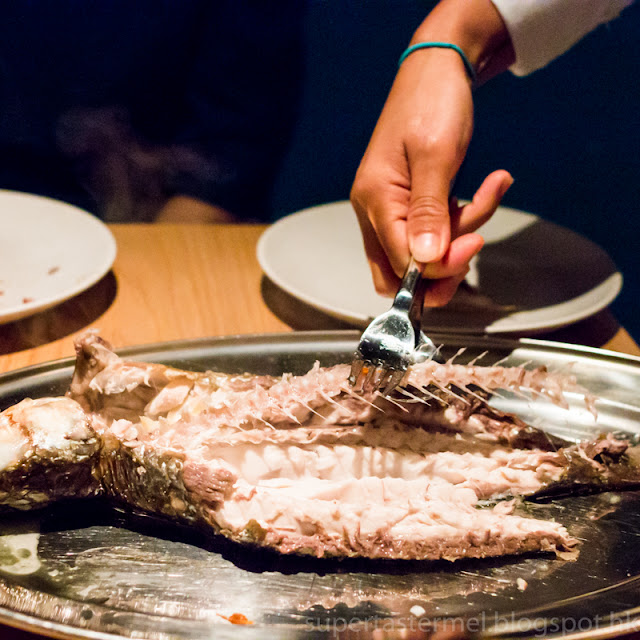 The Charcoal Grilled Local Wild Eel (HK$390) fared much better than the mullet with a nice charcoal aroma and crispy exterior while the beautiful toppings with crispy chicken skin, beets and pickled daikon were enjoyable to eat as well. 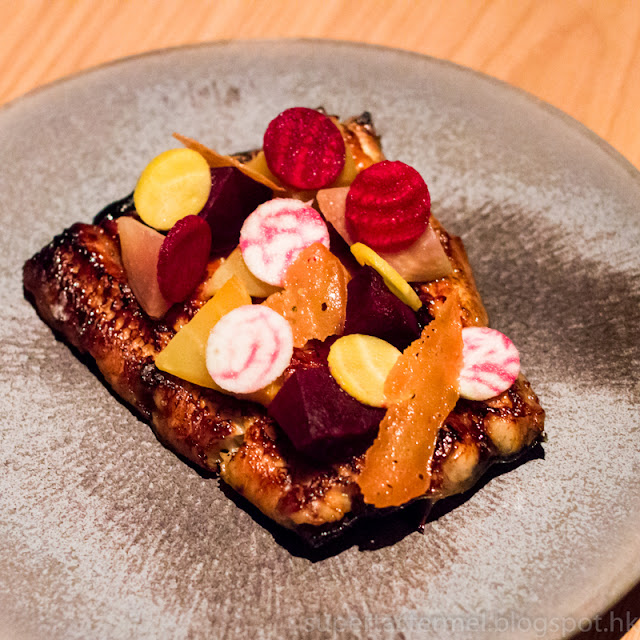 I think the meat may even be better than the fish here as the charcoal grilled Australian Wagyu Bavette (HK$330) was tantalizing with its crispy edges and super tender interior which simply melted in our mouths. The only thing that was hard to swallow was the price tag for only 4 pieces of beef! 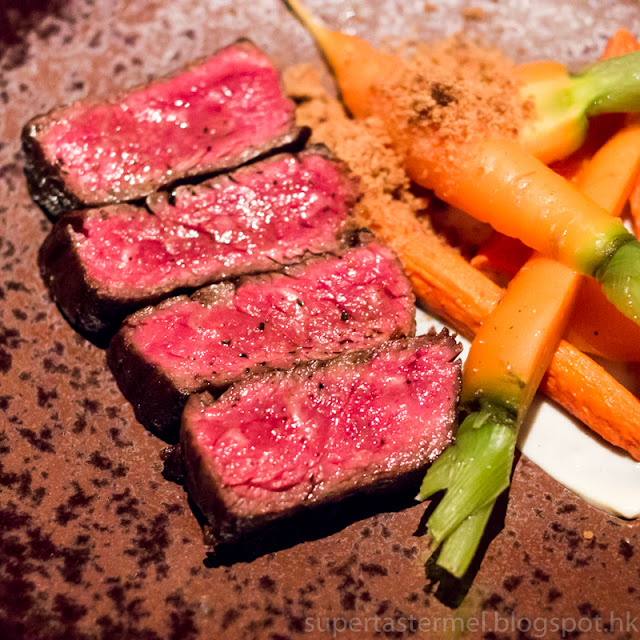 It's always hard to choose desserts (let alone with 5 options here!), but we went for the Lemon Marigold Sorbet with Poached Pear and Roselle (HK$75). I loved the refreshing flavors but texture of the sorbet was a little bit icy - it would have been better if they had used pacojet which basically micro-purees deep frozen food into ultra fine textures and it really does make a big difference in texture and flavor. Not every restaurant has one obviously because it is an expensive machine but just saying there's room for improvement. 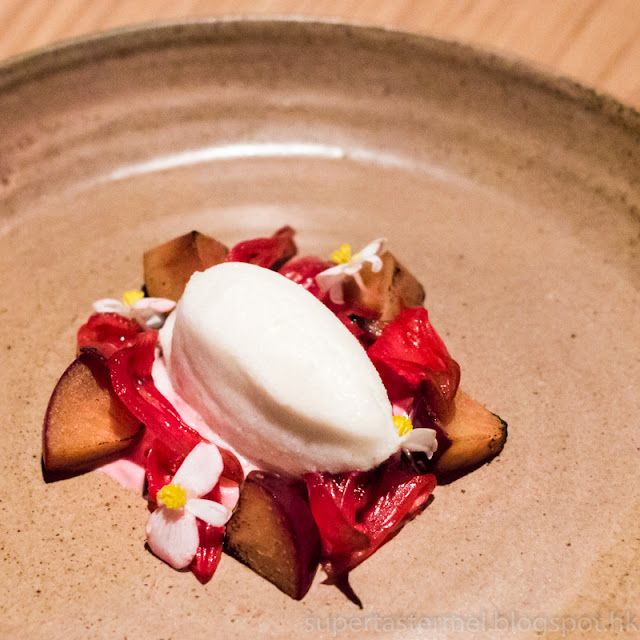 Verdict - although we had some hits and misses through the night, I do see the innovation and modern infusion of Western and Asian influences on the dishes, but I did find it pricey on the whole with pretty small portions as it came to around HK$600 per head with no drinks.