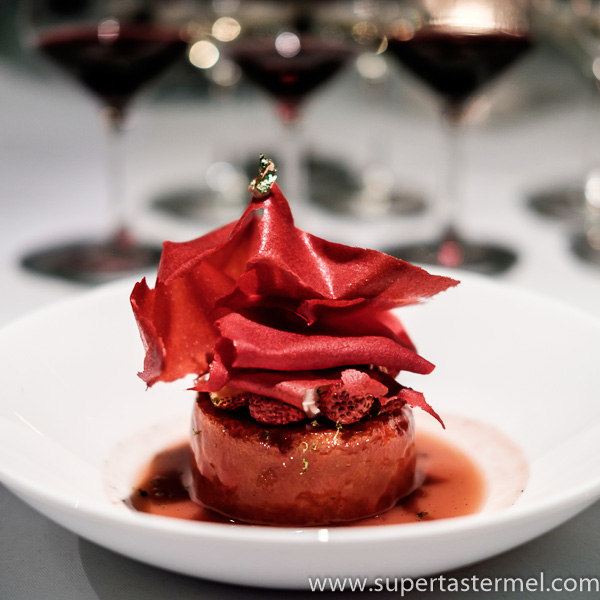 I haven't tried any of these restaurants before and although the general consensus from my fellow dining companions was that the food was better last night at Lucas Carton, it was still interesting to try the dishes from these new restaurants where one of them will win the Best New Restaurant Award - stay tuned for the winners announcement! 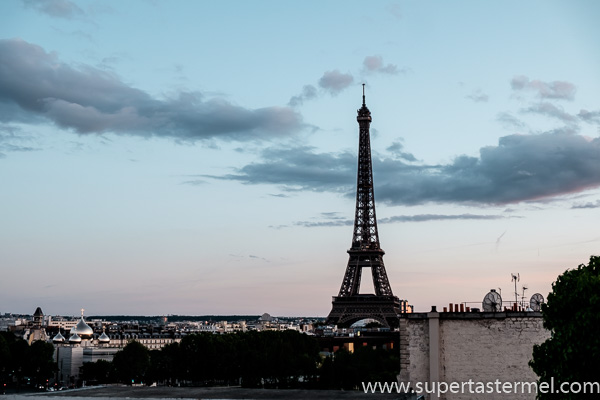 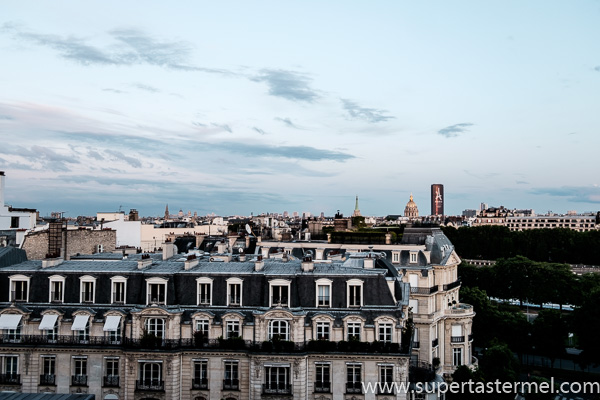 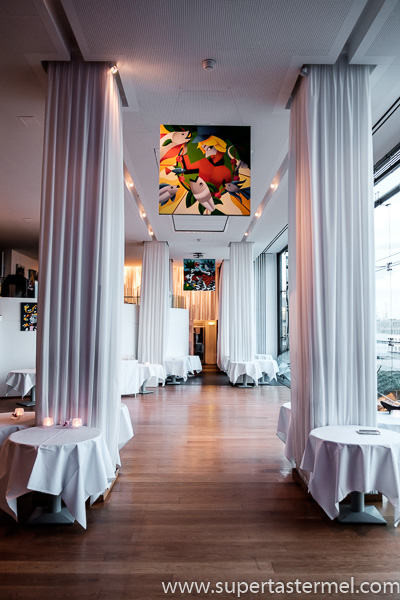 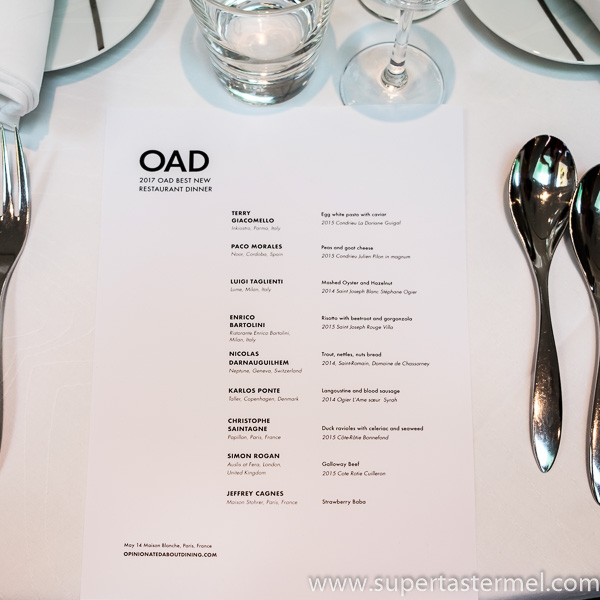 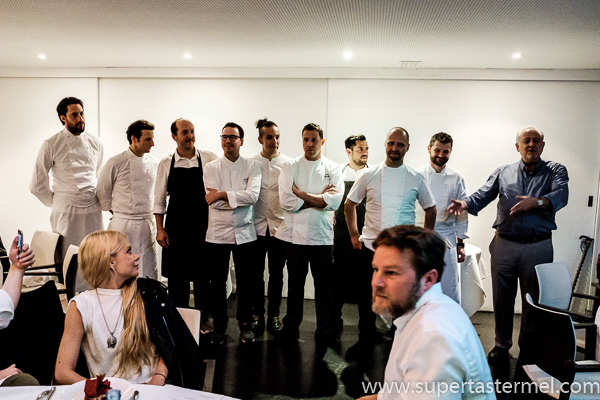 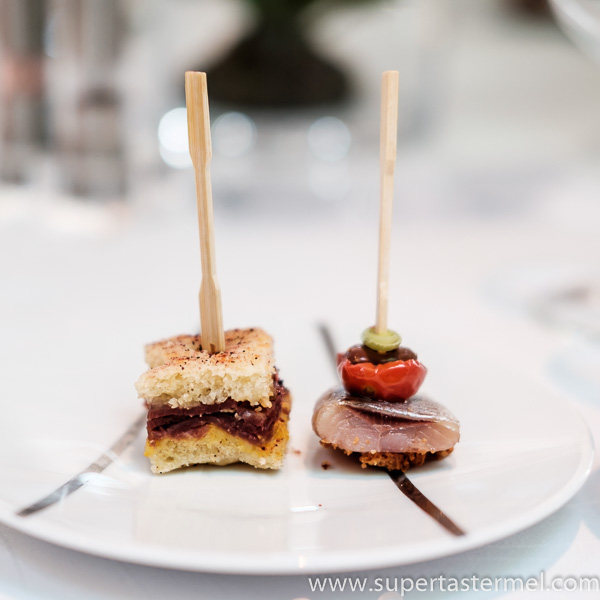 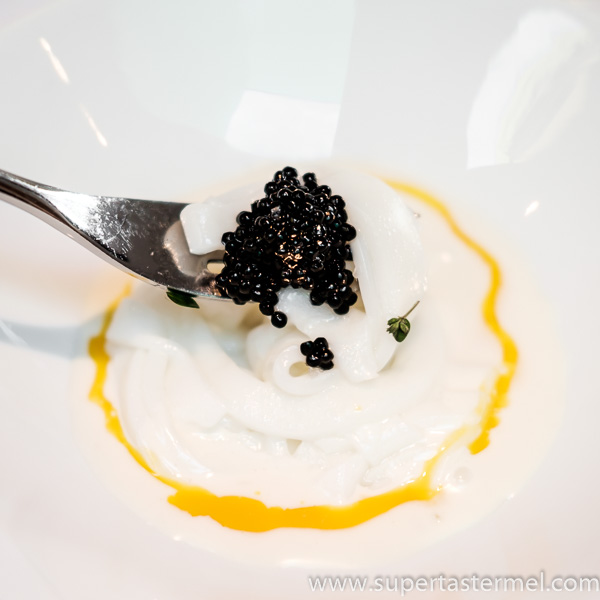 Peas and Goat Cheese from Noor 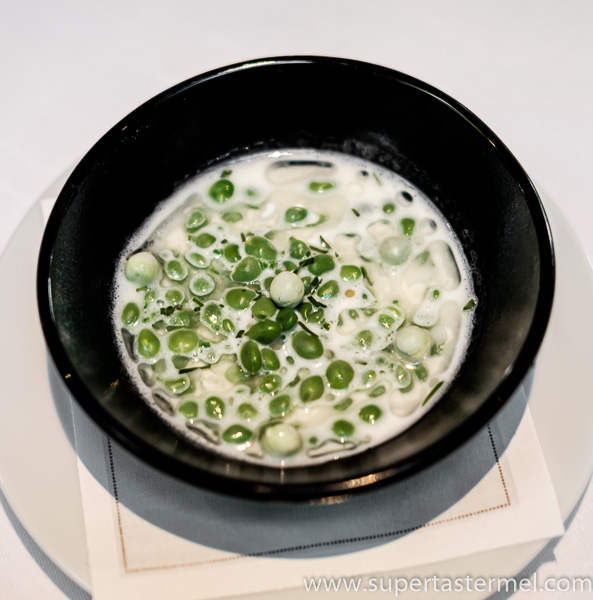 Mashed Oyster and Hazelnut from Lume 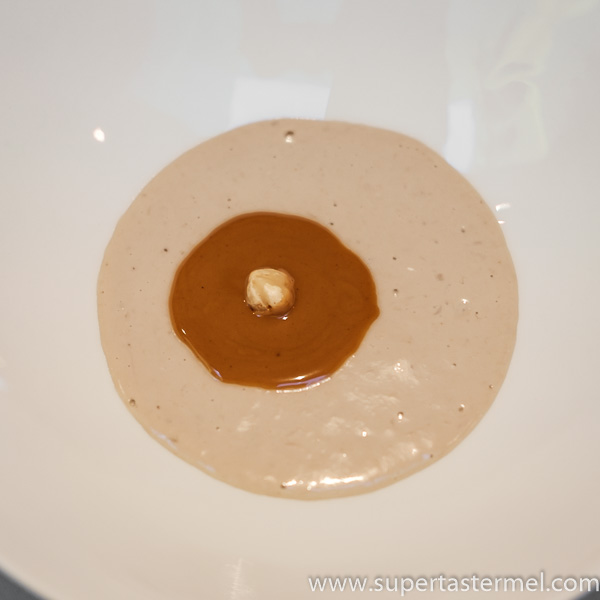 Risotto with Beetroot and Gorgonzola from Ristorante Enrico Bartolini 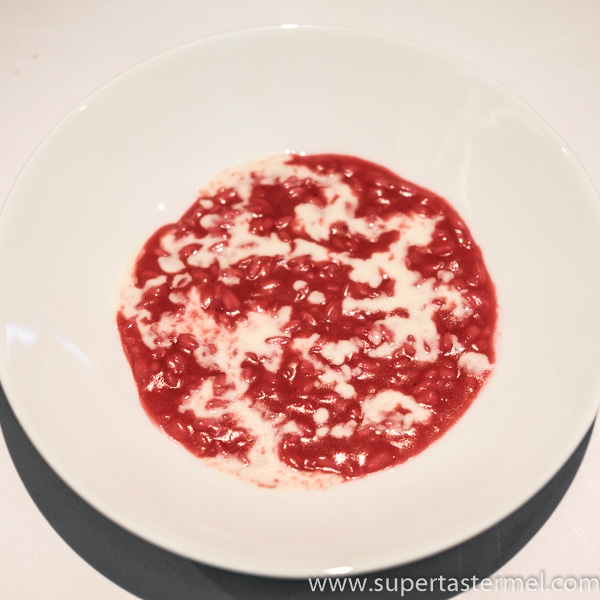 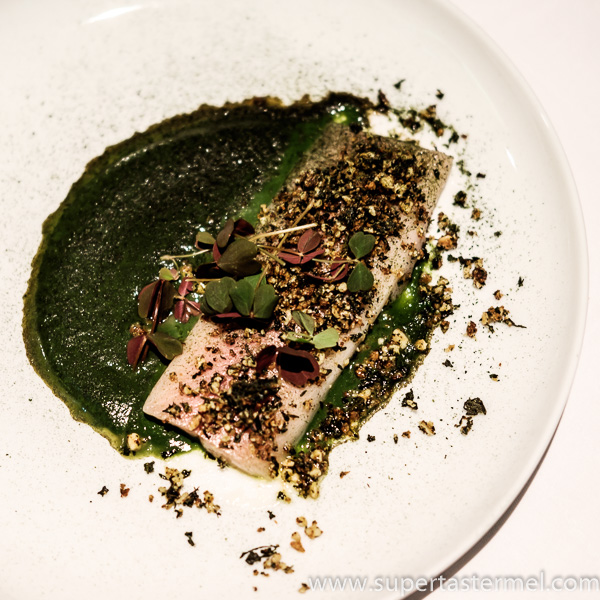 Langoustine and Blood Sausage from Taller 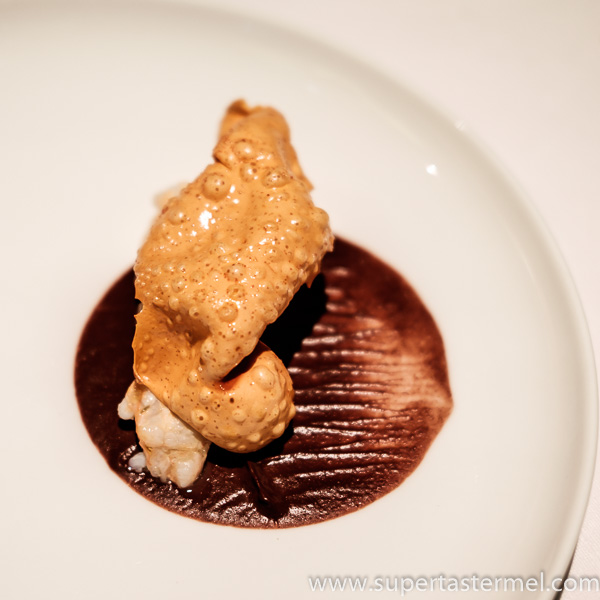 Duck Ravioles with Celeriac and Seaweed from Papillion 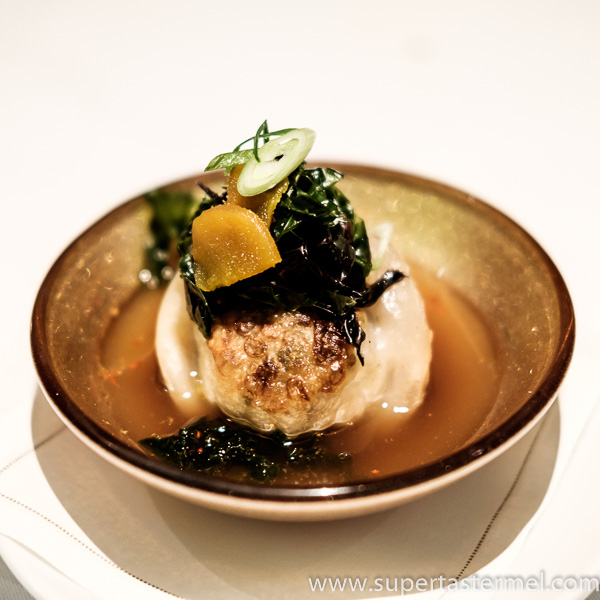 Galloway Beef from Aulis at Fera 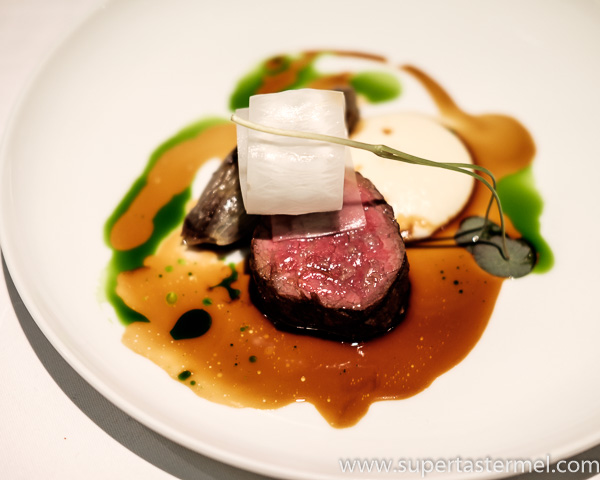