The long awaited “Chinese Umami” brunch collaboration between 1* VEA Restaurant and 3* Forum Restaurant (富臨飯店) has finally taken place over the weekend! Curated by famed local writer Agnes Chee, the four hands was supposed to happen in July but was postponed due to the 3rd wave at the time. In a way, it turned out to be a blessing in disguise as it allowed for more time between Chef Vicky Cheng and Chef Adam Wong to exchange ideas and techniques - resulting in a true collaboration. This was definitely one of the best meals I’ve had in a while!
The brunch started with an appetizing Hawthorn Roll with Sour Plum & Osmanthus Tea by Forum. This was to open our appetite for the big meal to come. 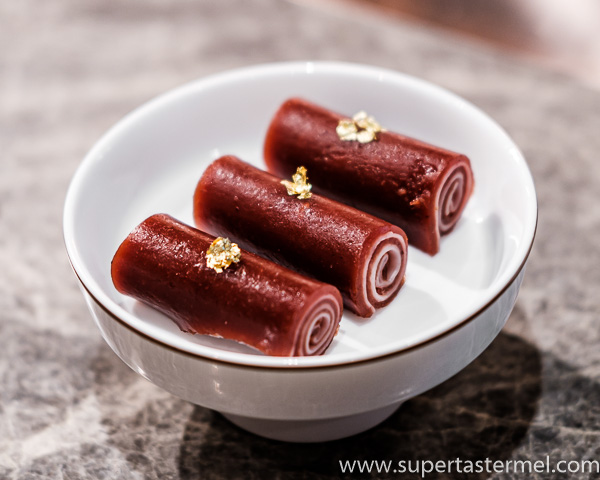 It was then followed by a trio of exquisite dim sum where we got to watch the dim sum making - a real treat since Chinese restaurants rarely have open kitchens. The Salted Clam Taro Puff by Forum was my favorite as the taro was fluffy light and not oily at all. Local taro is not in season anymore so a blend of local and Thailand taro were used here. 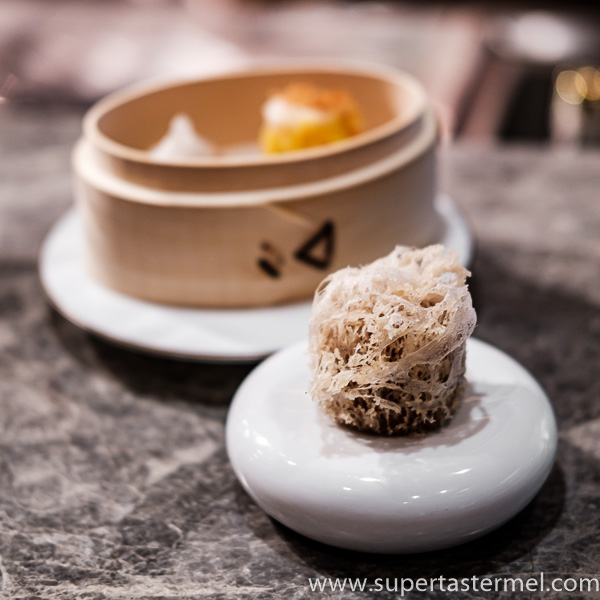 The Conpoy Pork Dumpling by Forum contained pork, shrimp, dried Japanese scallops and topped with fried scallop bits where I could taste the flavor of each ingredient in the siu mai. The final dim sum was the Sea Cucumber & Blue Lobster Jade Dumpling by Forum and VEA - the beautiful translucent dumpling skin was from Forum while the flavorful content was from VEA. 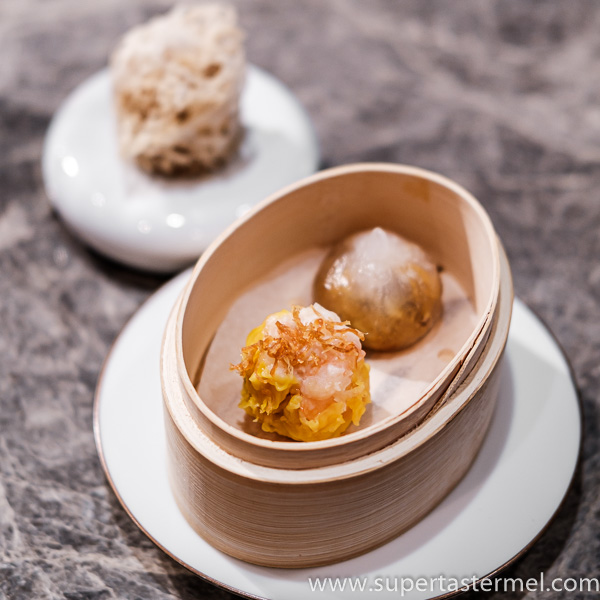 After the dim sum, we had the Drunken Mantis Shrimp with Huadiao Jelly by Forum. It was prepared drunken style (marinated with Chinese wine) and paired brilliantly with a Tabasco cocktail by mixologist Antonio Lai. All of our courses had either a cocktail or Chinese wine pairing, and they were all fantastic. 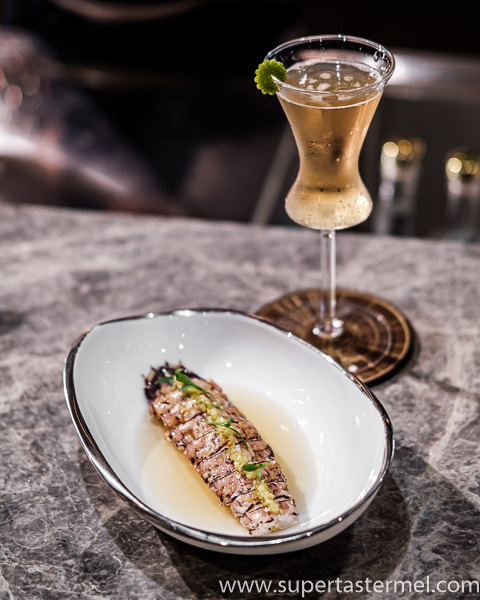 The King Crab Congee with Chiu Chow Preserved Turnip by VEA was served piping hot and paired with ginger based cocktail with plum powder. I especially loved the crunchy bits of preserved turnips in the congee - it's something I grew up eating since both sides of my family came from Chiu Chow. 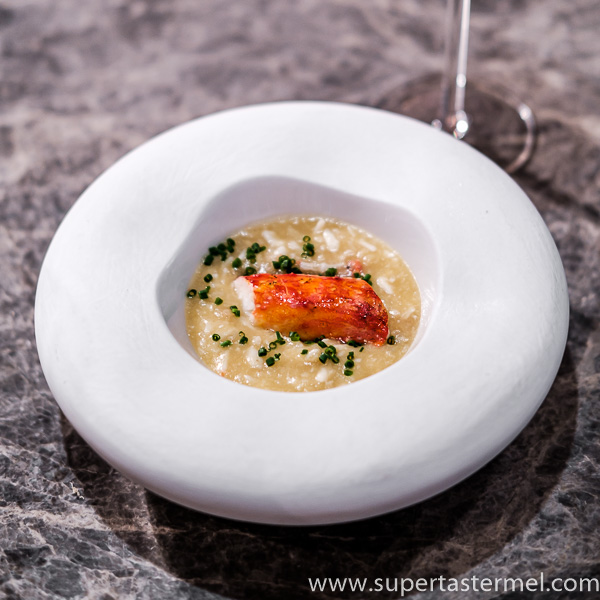 The Seared Red Garoupa x Mala Spicy Tomato Rice Cake was from both Forum and VEA. The garoupa was both pan-fried and steamed so you get the best of both worlds - the fish had a crispy skin on the outside and soft flesh in the center. The mala style rice cake with tomato jam and parmesan was addictive to eat as well. 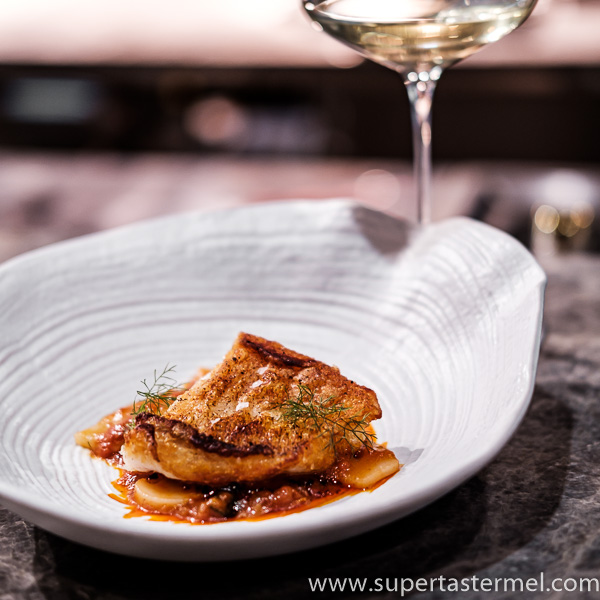 Fish Maw with Ratte Potato, Black Truffle by VEA - fish maw is a signature of Chef Vicky's and here it was served with a note of acidity for the first time (usually it's served with caviar and quinoa). I also loved the potato crisps which contrasted nicely with the softness of fish maw. 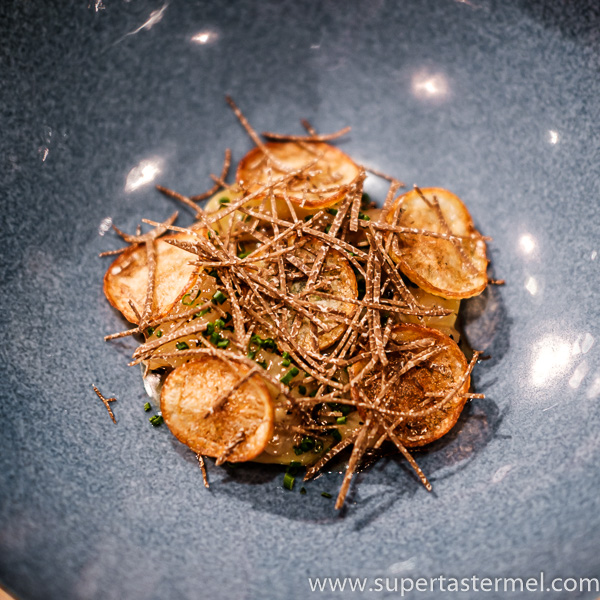 Ah Yat 30 Head Yoshihama Dried Abalone x Matsutake Grilled Cheese Sandwich by Forum and VEA. We actually had the honor of having the 88 year-old founder of Forum - Yeung Koon Yat (aka abalone king) - serve us his signature Ah Yat abalone (click here for the video). It took 2 days to cook this abalone and instead of rice, it was paired with a delicious Matsutake grilled cheese sandwich - who knew they would go so well together! 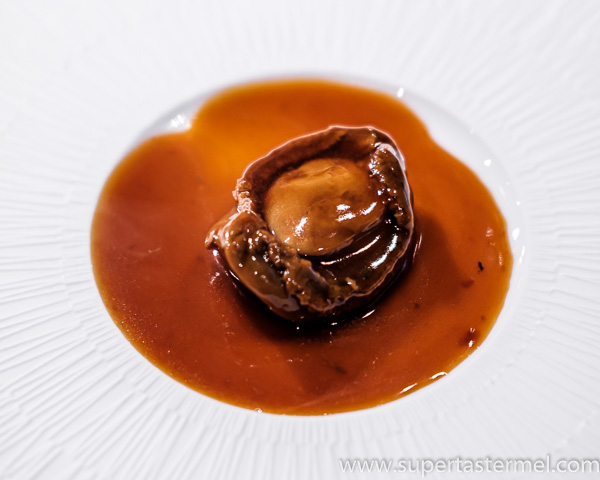 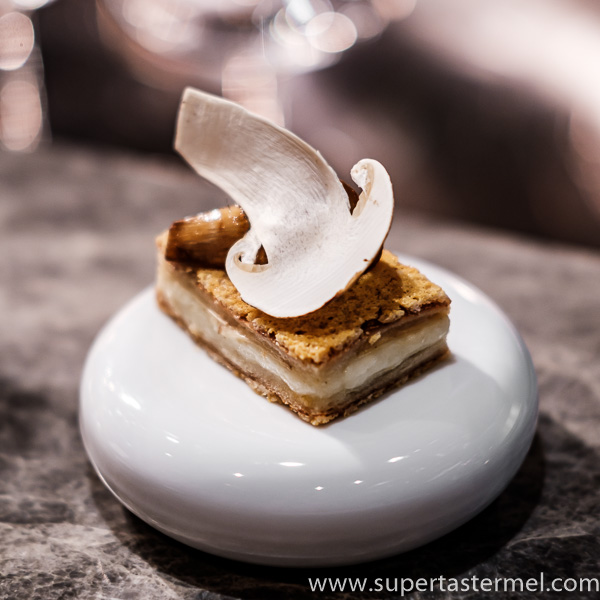 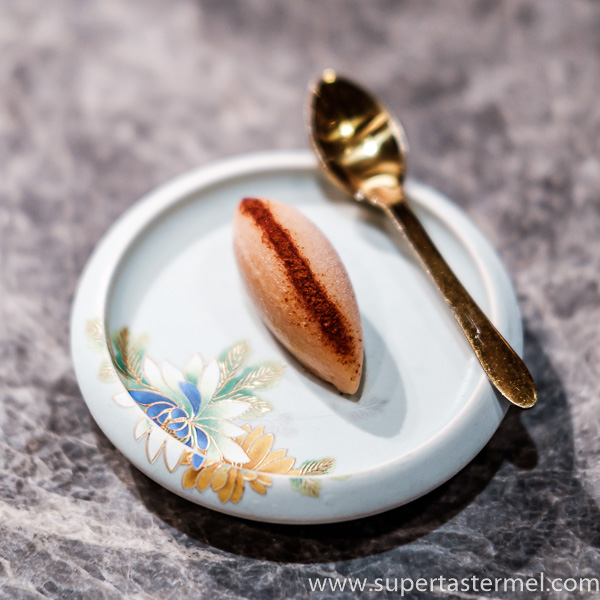 The final savory course was the To Gor Mandarin Peel Char Siu x Vicky's XO Sauce Ah Yat Fried Rice by Forum and VEA. The fried rice was made right in front of us with carefully selected ingredients such as peanut oil, Japanese eggs, homemade char siu, conpoy (dried scallop), fresh prawns, Jinhua ham juice, scallion, and Chef Vicky's sweet and sour XO sauce made with caramelized onions and vinegar. On top of all of that, the fried rice was then topped with a delicious char siu marinated with 30 year-old mandarin peel. Watch the video of the fried rice being made right here! 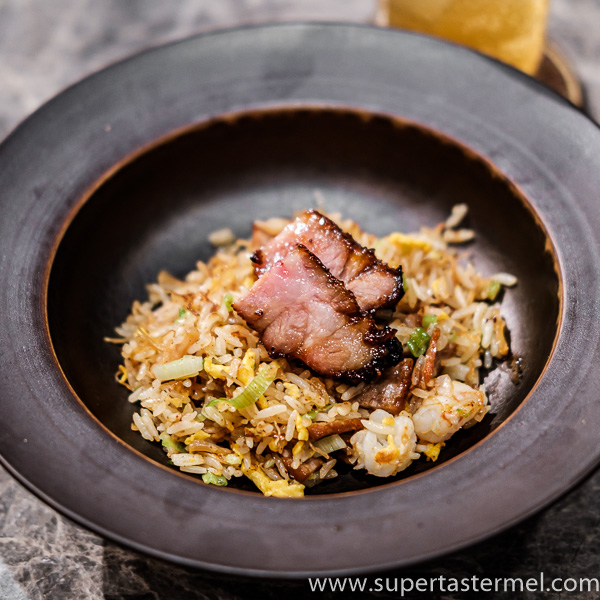 Finally we concluded the meal with desserts from each restaurant - Pu-Erh with Fig, Hokkaido Milk by VEA and Mignardises - Sesame Roll, Coconut Yuzu Cake, Olive Nut Stick by Forum. 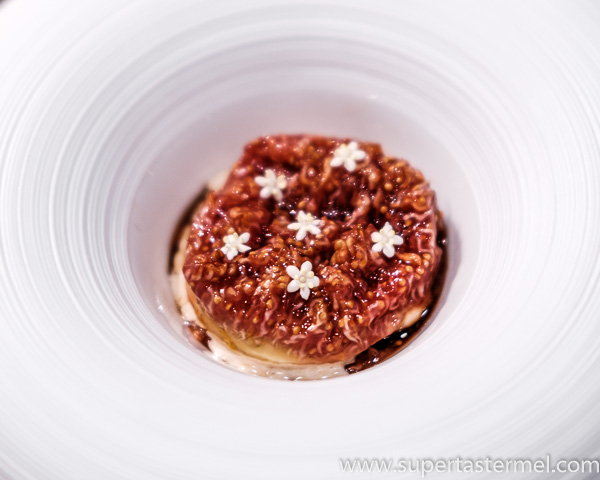 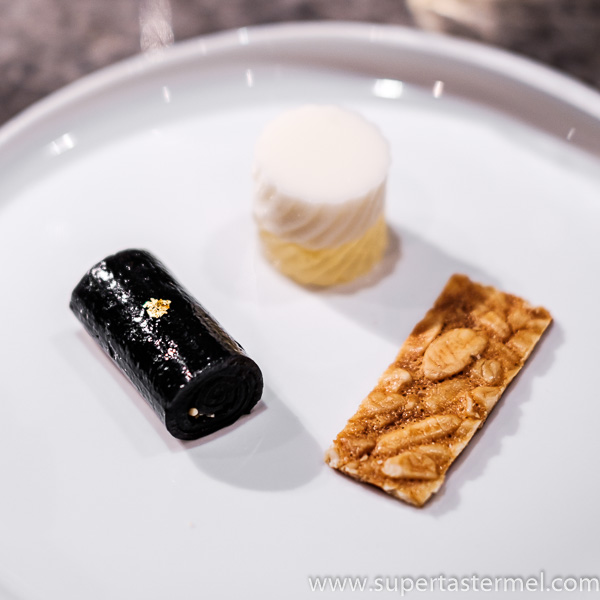