A dream come true to finally visit the enchanting Ginzan Onsen in the Yamagata prefecture! I've seen so many beautiful pictures of the place online and I'm glad to report that it looks just as stunning in real life. The area was originally developed around a silver mine, but nowadays it is known as one of the most beautiful onsen towns in Japan. The onsen street is a pedestrian-only zone with traditional wooden ryokans lined up along both sides of the Ginzan River - a stroll through the town feels like stepping back in time. It is particularly popular in the winter time for its snowy scenery, and ryokans tend to be booked up a year in advance during this season.
ACCESS:
Ginzan Onsen can be accessed by car or by train. We took the JR Yamagata Shinkansen to Oishida Station, and was picked up at the station by a complimentary shuttle bus from our ryokan. Otherwise, there are local buses departing for Ginzan Onsen from the station as well. 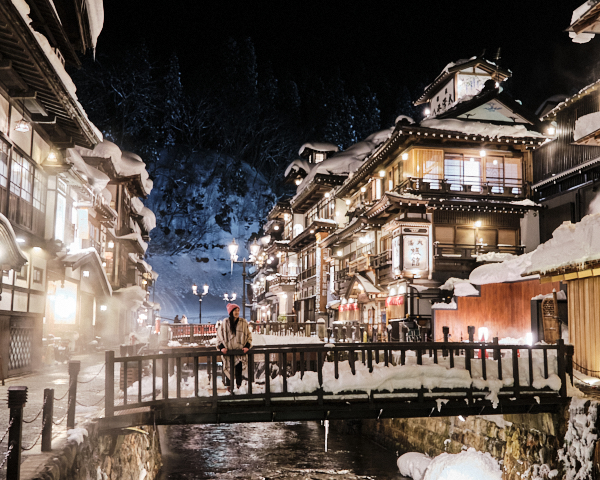 The town is especially charming at night where the streets are lit up by gas lamps. Everywhere we turned, it looked like we were in the Spirited Away movie. 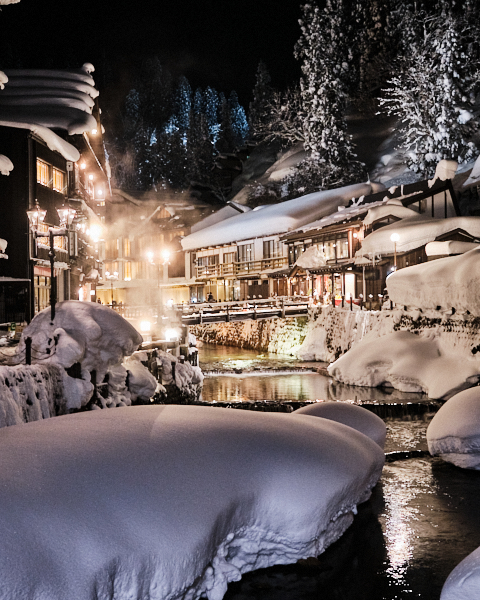 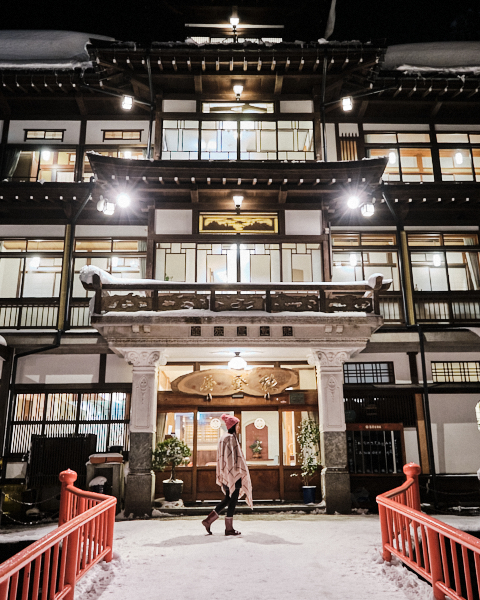 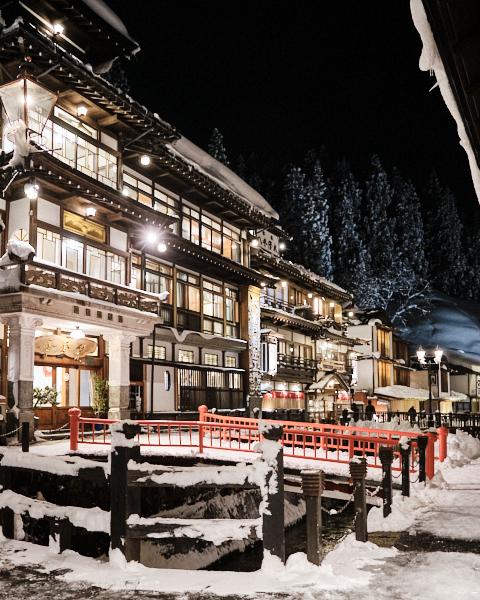 The town is charming during daytime as well with beautiful white snow contrasting nicely with the wooden buildings. You can take a leisurely morning stroll, visit souvenir shops or take a soak in the free public footbath on the street. 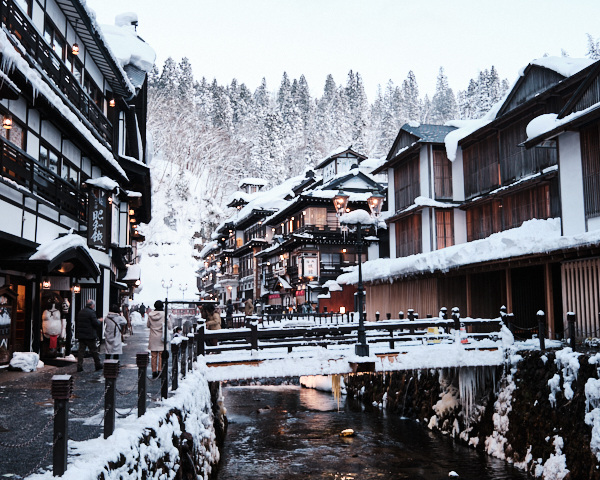 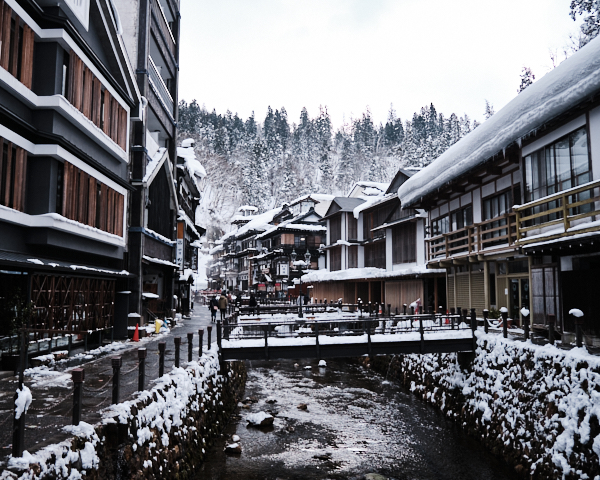 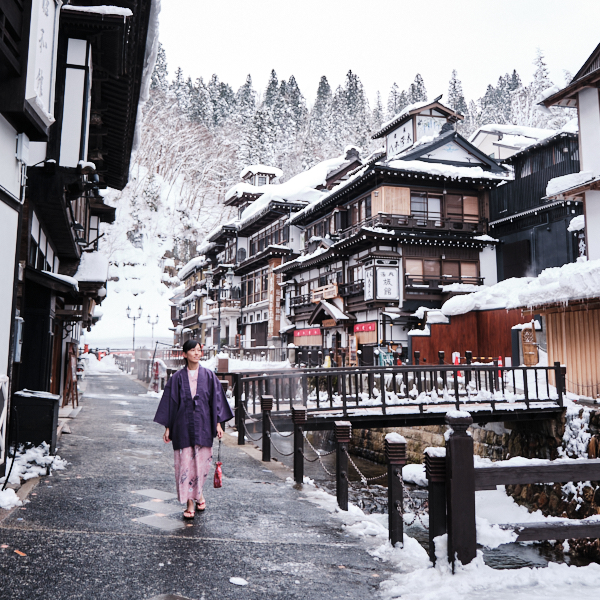 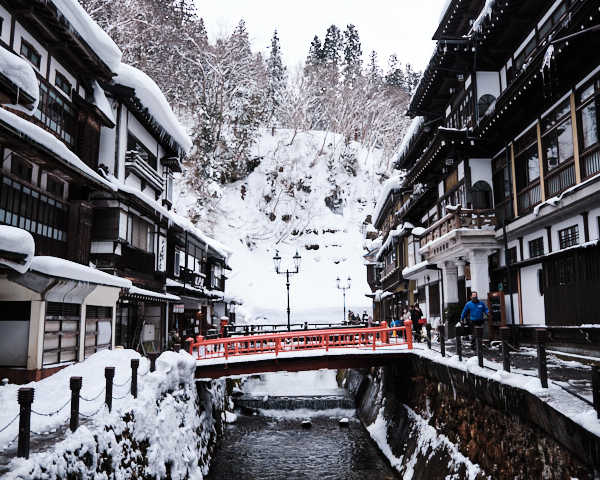 WHERE TO STAY & EAT:
We stayed at Ginzanso which is actually not located on the onsen street but rather about a 5-minute walk away. The ryokan is relatively modern and spacious with complimentary shuttle service to and from Oishida Station. Two room types are available - Standard and Deluxe; both are tatami rooms while the Deluxe has a private onsen. Indoor and outdoor public onsen are available onsite as well. 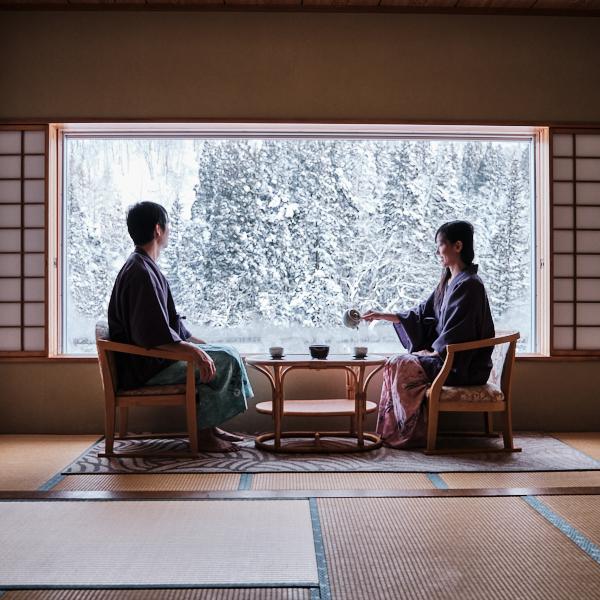 Most ryokan stays come with a half board package, so we had both dinner and breakfast at Ginzanso. Meals were served in the banquet hall and our kaiseki dinner featured ingredients such as Yamagata beef, Zao salmon, steamed kabocha bun, Obanazawa rice and more! 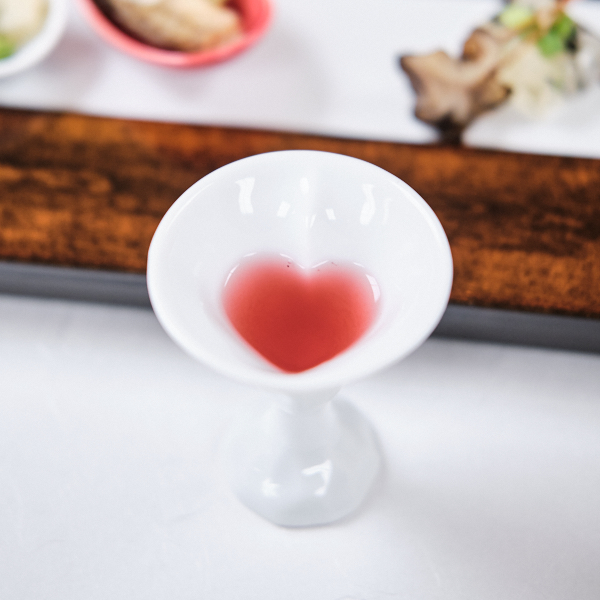 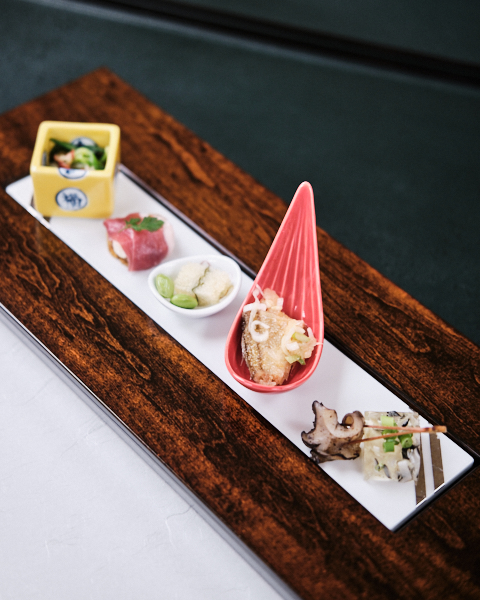 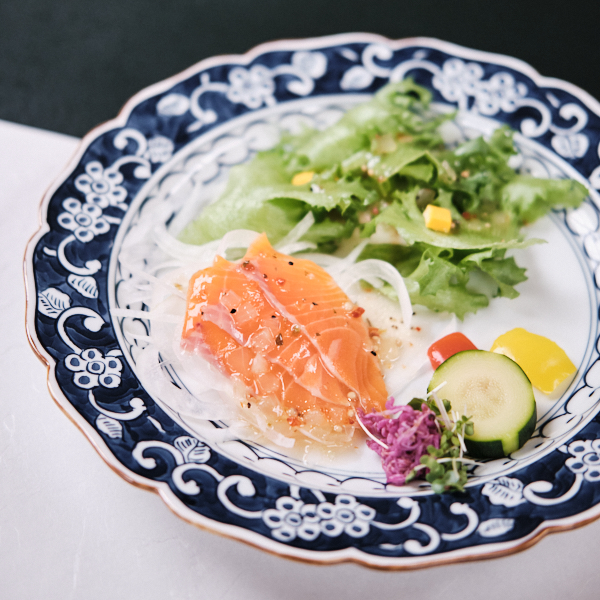 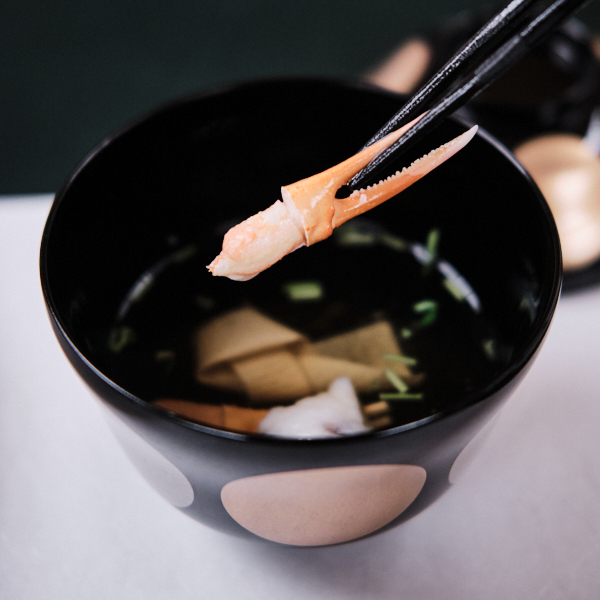 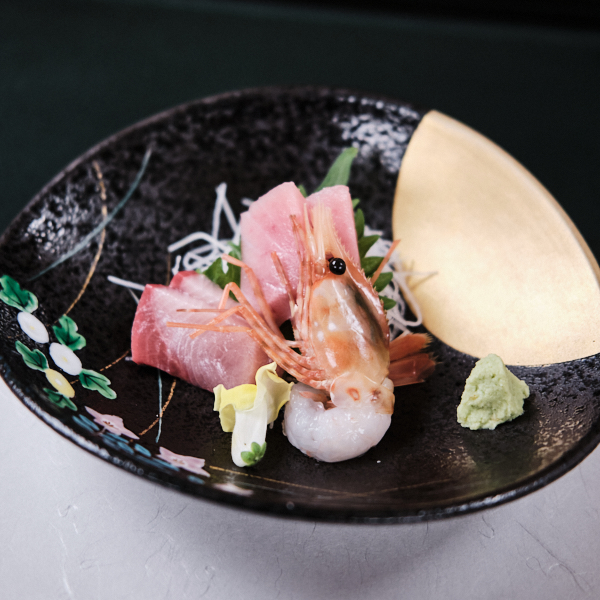 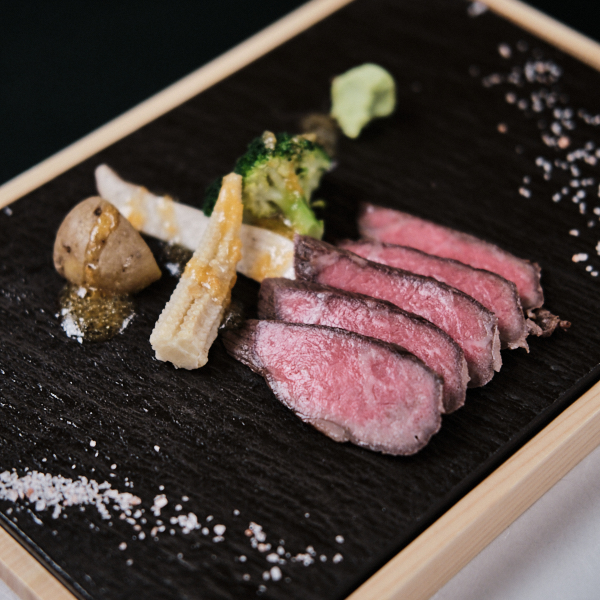 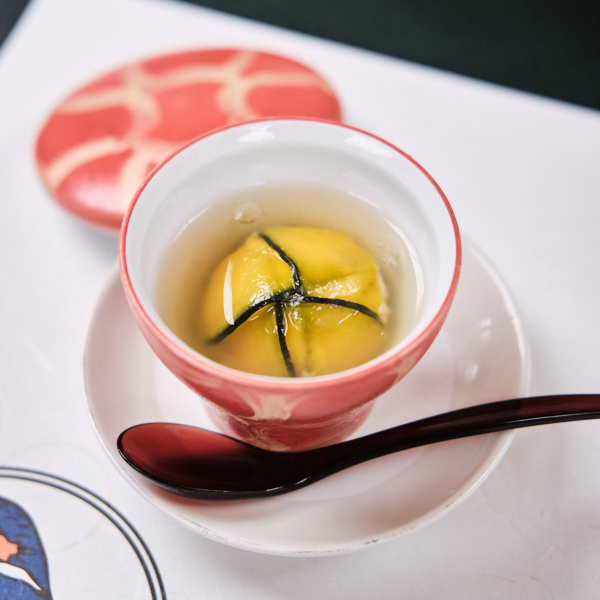 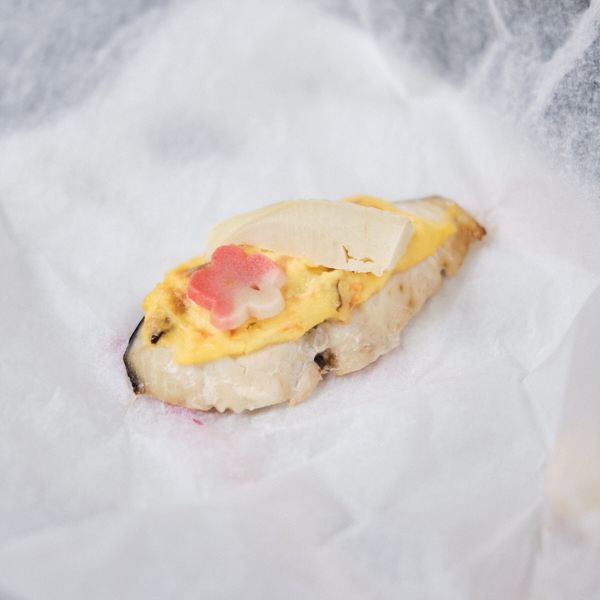 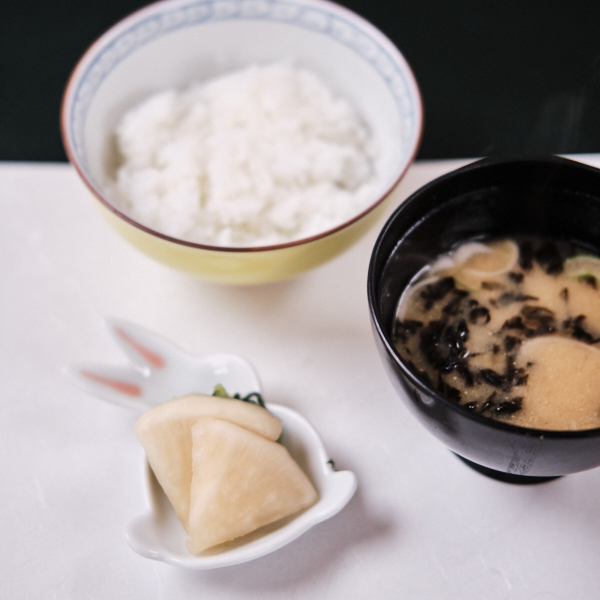 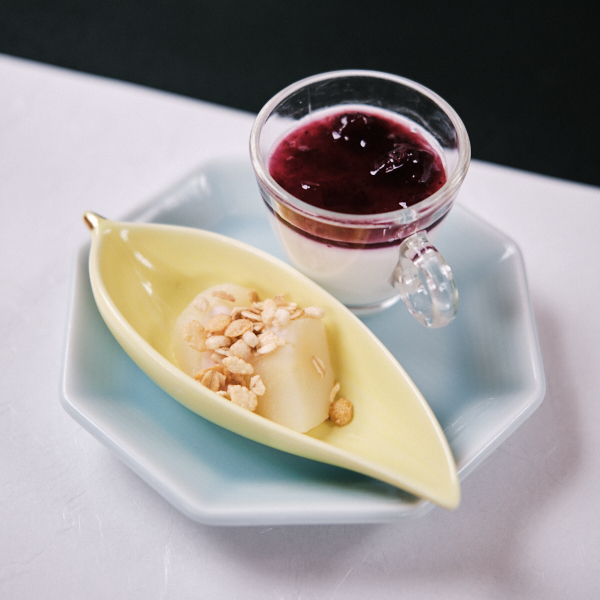 The Japanese breakfast here came with a variety of appetizers, salad, miso soup, chawanmushi, and rice with pickles. 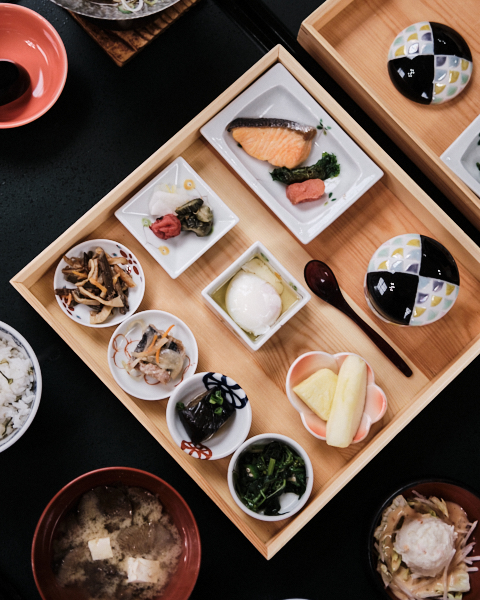