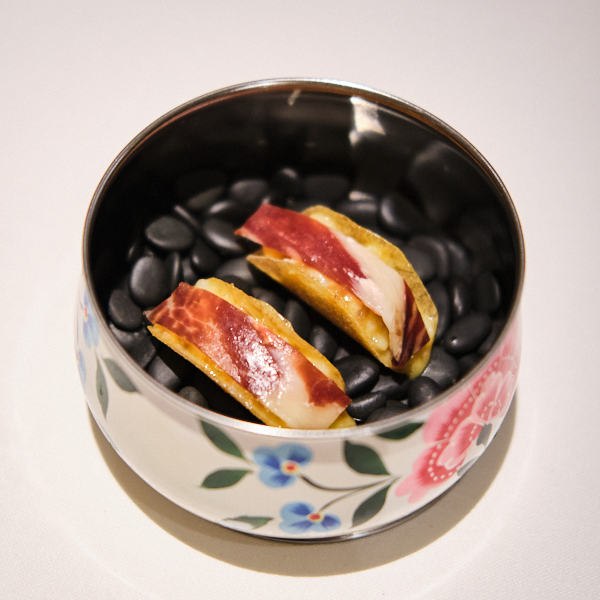 Rating: 4.25/5
While in Jerez, we had a great dinner at 1* LÚ Cocina y Alma - a restaurant by Chef Juan Luis Fernandez that serves French-Andalusian cuisine. While the restaurant looked modest and humble on the outside, the interior was quite stunning with the kitchen right in the center of the dining room! The other thing that was eye-catching were the pastel pop-art wallpaper and probably one of the prettiest bathroom in a Michelin Star restaurant I've ever been in. 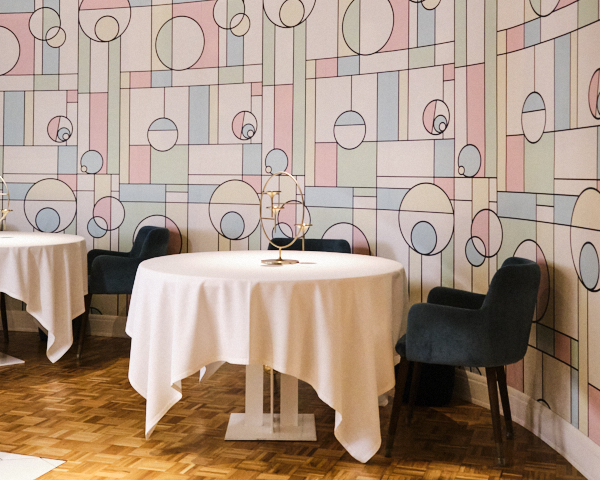 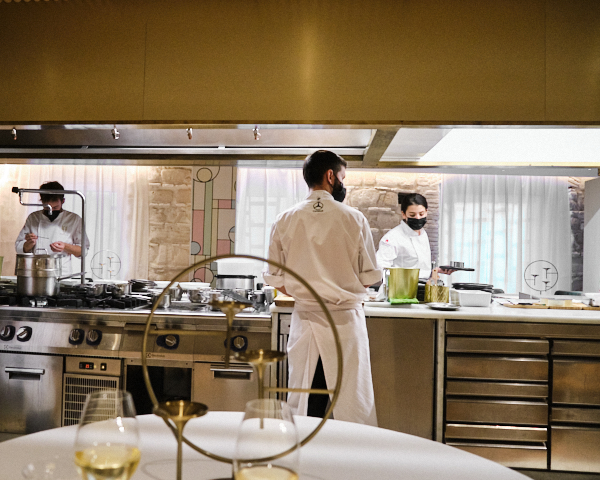 Three tasting menus are offered ranging from 95€ to 155€ per person. We opted for the shortest one UNIVERSO LÚ which is divided into a few sections - the first part is a nod to the Elegance of Paris with a series of delicious and fresh seafood bites:
- Conil Oyster with Caviar
- Pod Razor with Grenobloise Sauce
- Cockle with Mignonette Sauce
- Venus Clam with Bell Pepper and Sweet & Sour Pickle 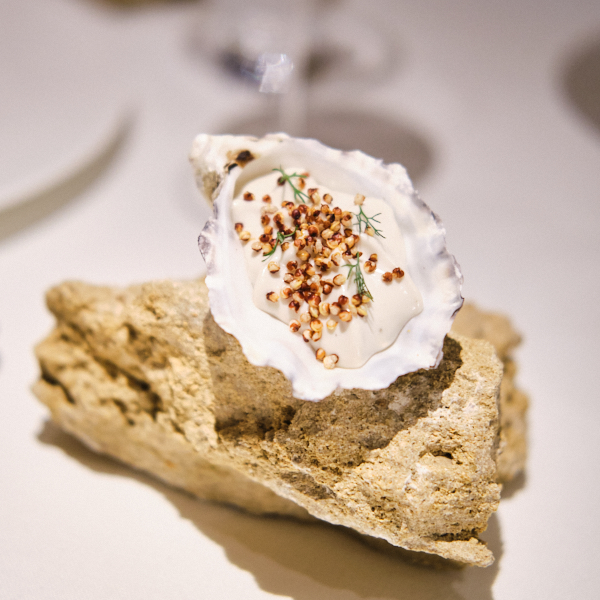 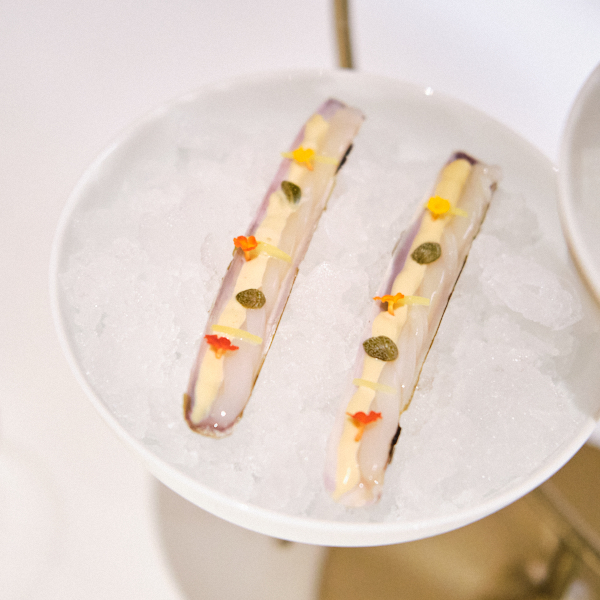 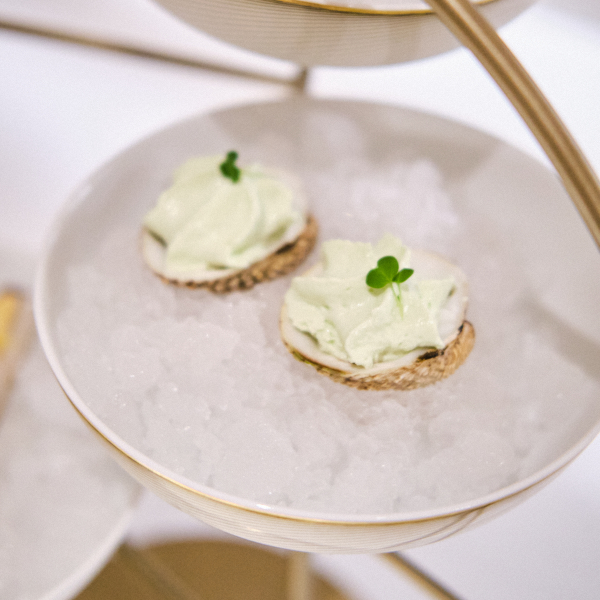 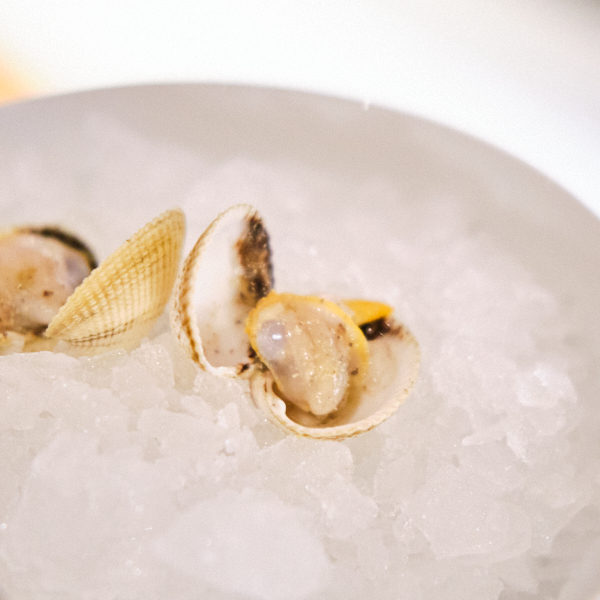 The second part of the meal is a tribute to the Countryside with a tiffin carrier containing typical dishes that Laborers would eat:
- Spanish Omelette & Iberian Ham Sandwich
- Stewed Pate Sandwich
- Roasted Bell Pepper Sandwich
For this course, we also received a glass of mosto. While mosto usually means grape juice in Spain, it’s a type of wine in Jerez. 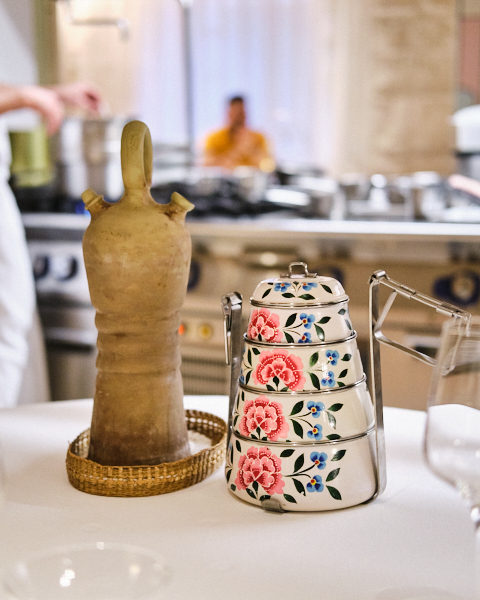 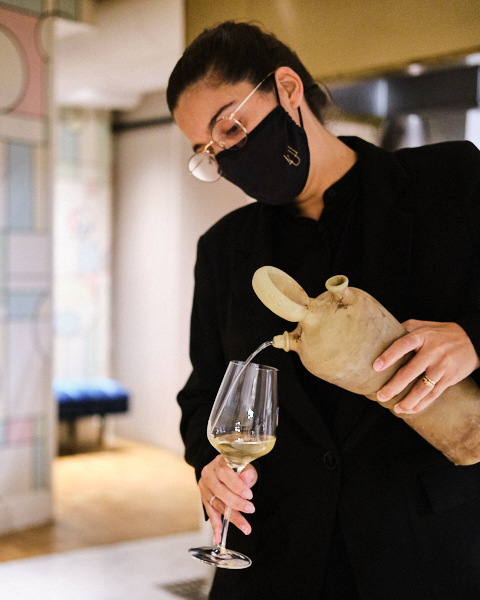 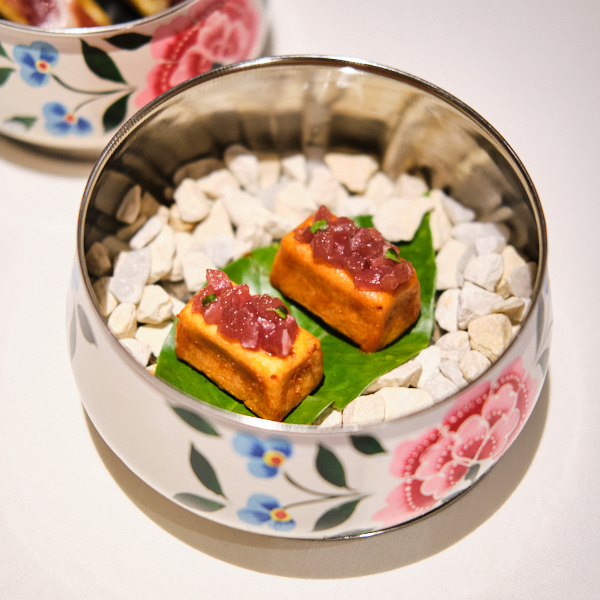 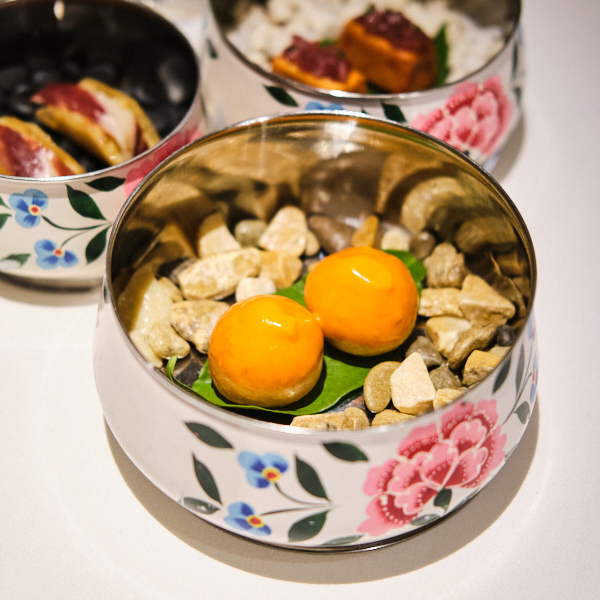 The third part goes back to the roots of Jerez with a sample of Tabanco (sherry bars) tapas:
- Soufflé Pork Rind, Citric Emulsion & Pork Belly
- Our Pate
- Smoked Tuna & Cheese
Here we also received a glass of Amontillado (a type of sherry that has been aged and oxidized) to go with the tapas. 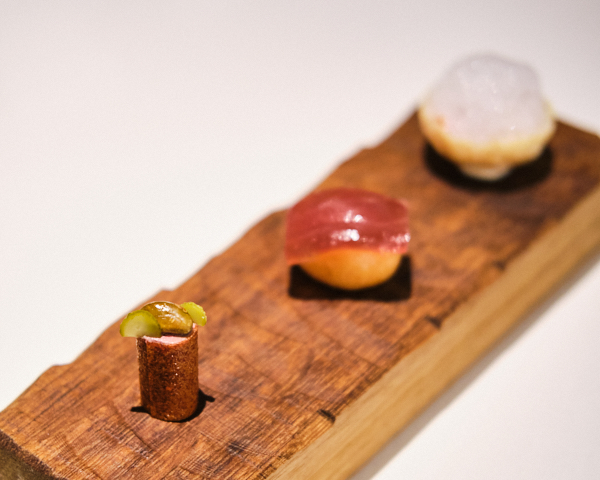 Before moving to the mains, we had sourdough bread and a huge slab of French butter which was shaped in right of us. 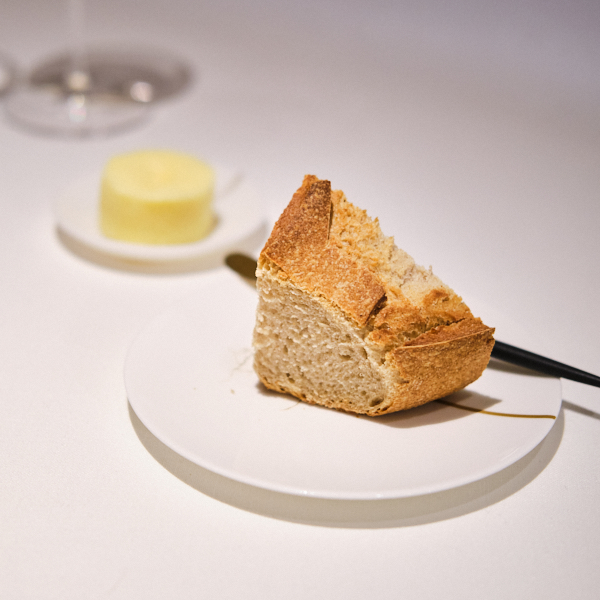 As we moved into the mains, we continued with a Liquid Lettuce Heart Salad & Semi Cured Albacore and a Bay Hake in Amarillo Sauce. 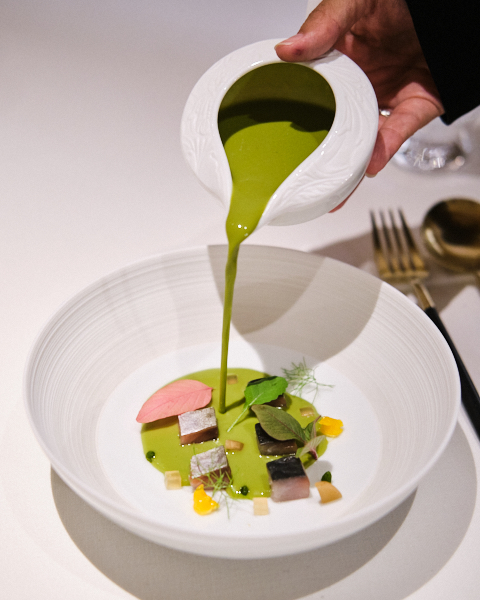 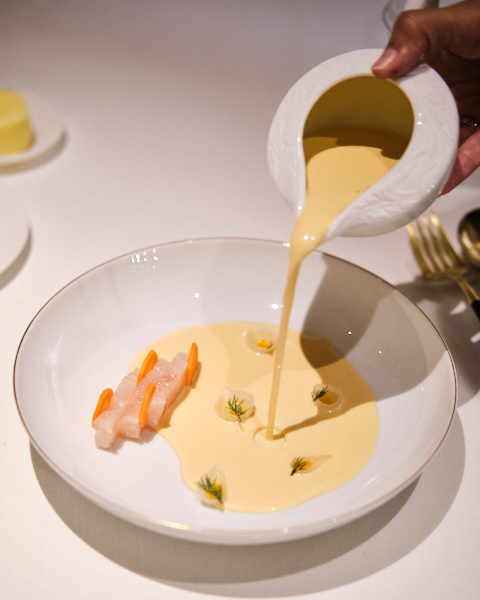 Up until this point, all of the dishes we’ve tried had been pretty good but the Smoked European Bass in Iodic Marinade was disappointing with its unbalanced flavors - the rich sauce overwhelmed the delicate taste of the fish. 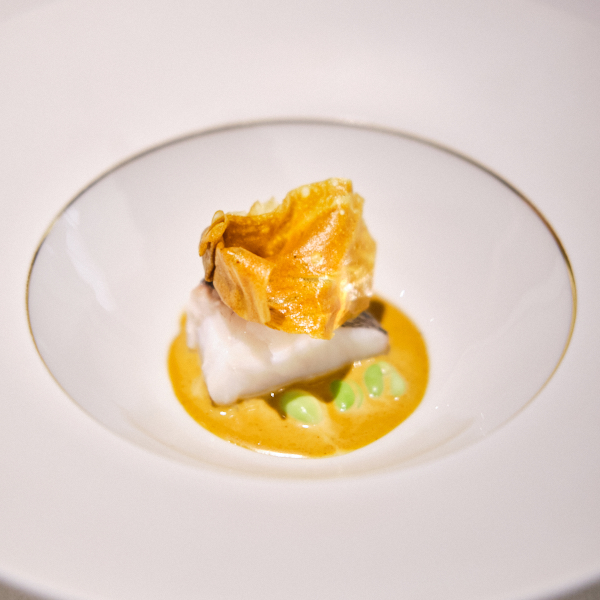 The next dish with Fisherman Sauce, Bread, Shellfish & Cured Pork was fine, but the last dish Venison in Grand Veneur Sauce with Aged Retino Beef, Payoyo Cheese, Spring Onion Emulsion & Truffle was again too rich and heavy for my taste. I think the chef also realizes that the flavors can be heavy too so pickles are provided on the side as palate cleansers. 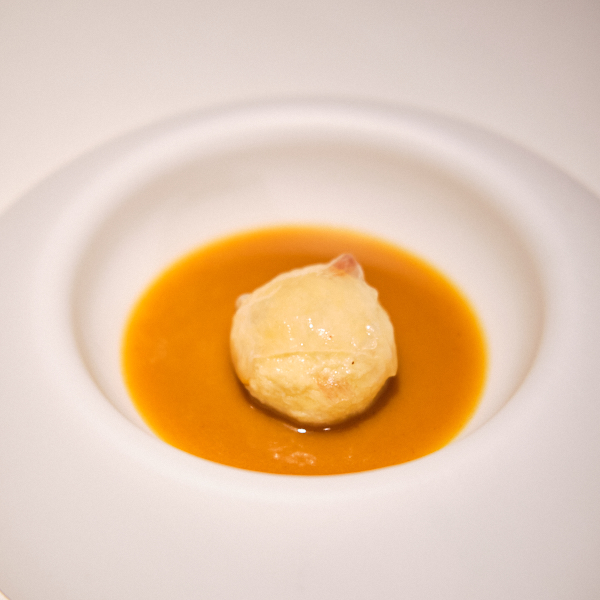 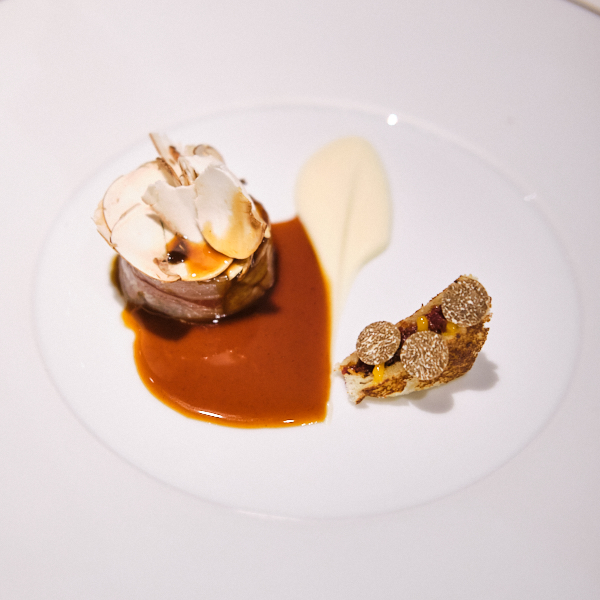 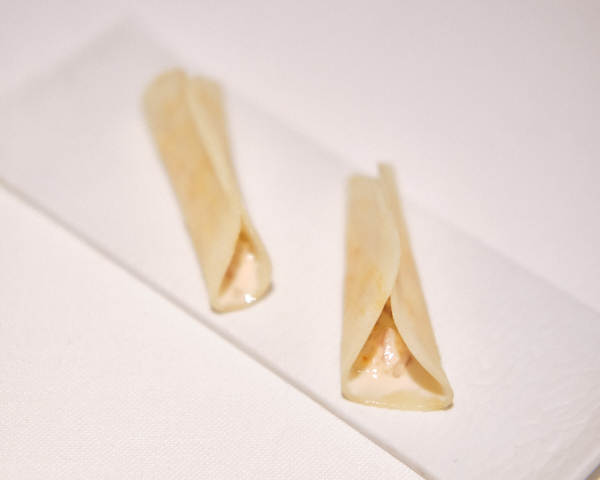 In the end, we had a refreshing Citric Textures, Opera, and Petit Fours to conclude the meal. For a meal that was pretty creative for the most part, we felt that the desserts (especially the opera cake) were a bit too safe and boring - I was expecting something that was more Andalusian (or Spanish) to end the meal. 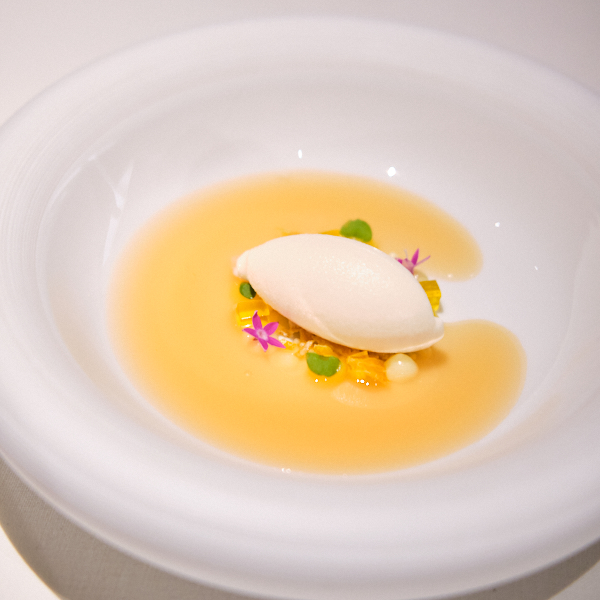 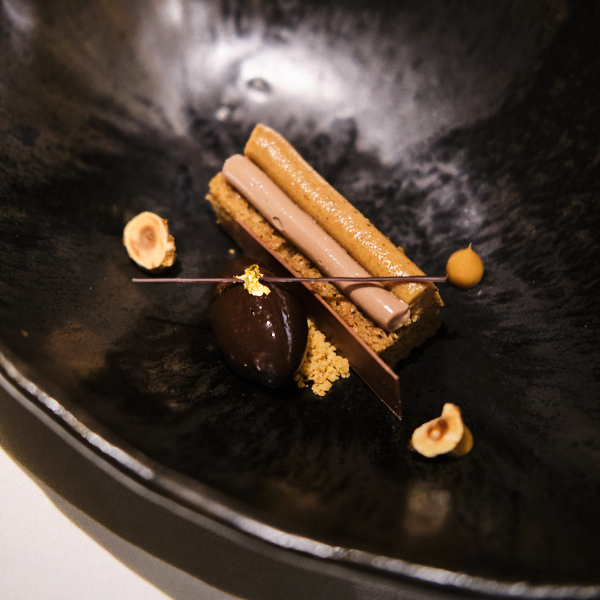 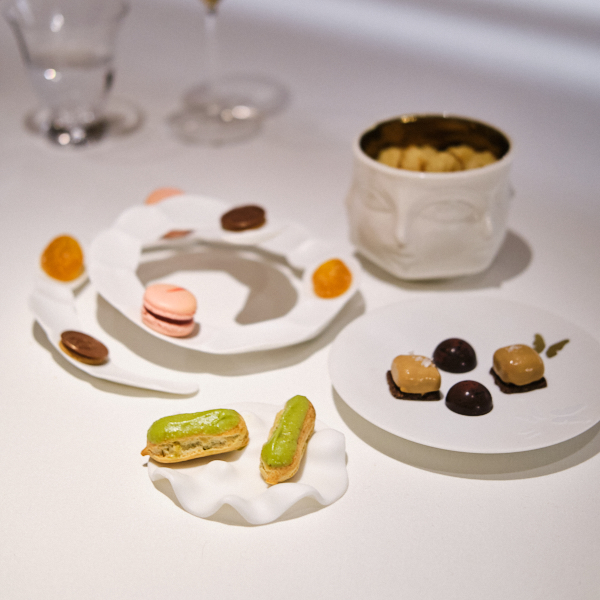 While the meal started out strong and faltered a bit towards the end, I think that the restaurant is still worth visiting if you are in the Cadiz province.