SAAM means "together" in Afrikaans but food here is not African cuisine - it's fusion with international flavors from Asia, European, South America, etc. The decor is simple and casual with only 3 large wooden picnic style tables which is supposed to emit a sense of communal dining but doesn't really match the ambiance it seems to be aiming for with its pumping music as well as the ambition and complexity of the food. The menu is projected onto a wall behind us which can a bit annoying as we had to keep turning our heads around to look at it. It is split into 5 sections seemingly by the size of the dishes from Nibble, Small, In Between, Large and X Large. The prices didn't seem high at first ranging from $50 - $200 for starters and $300+ for mains but when the dishes started arriving, we realized how tiny the portions were so we had to keep adding dishes during the meal because we were not getting full at all.

This tasted like a pocket of air - the crouton didn't really go with the salmon roes and cheapened it actually. 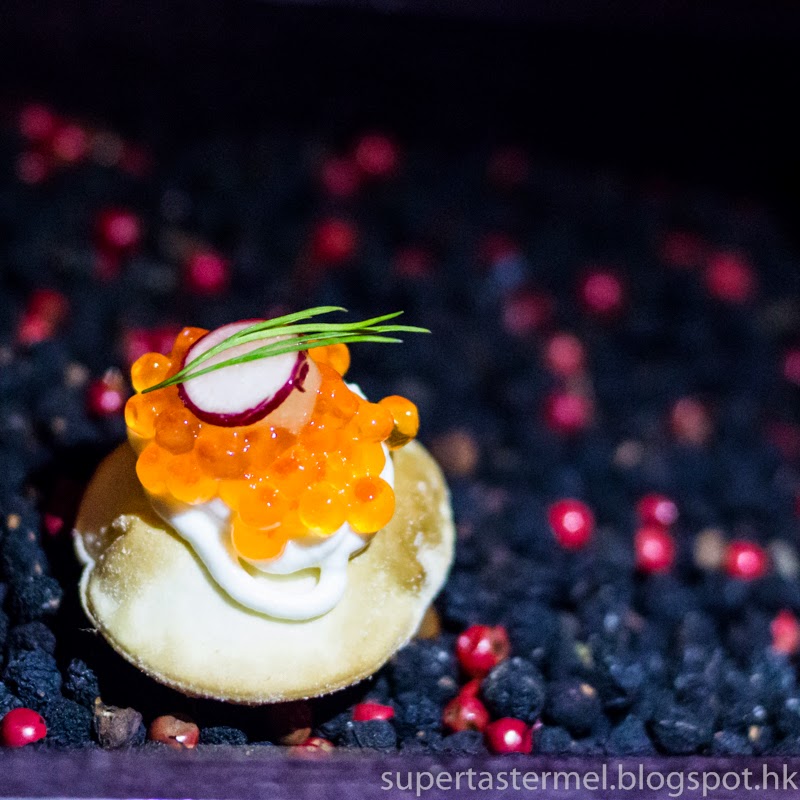 This was an interesting creation but tasted more like a dessert than a savory starter with its white chocolate coat while I couldn't really detect the foie gras. 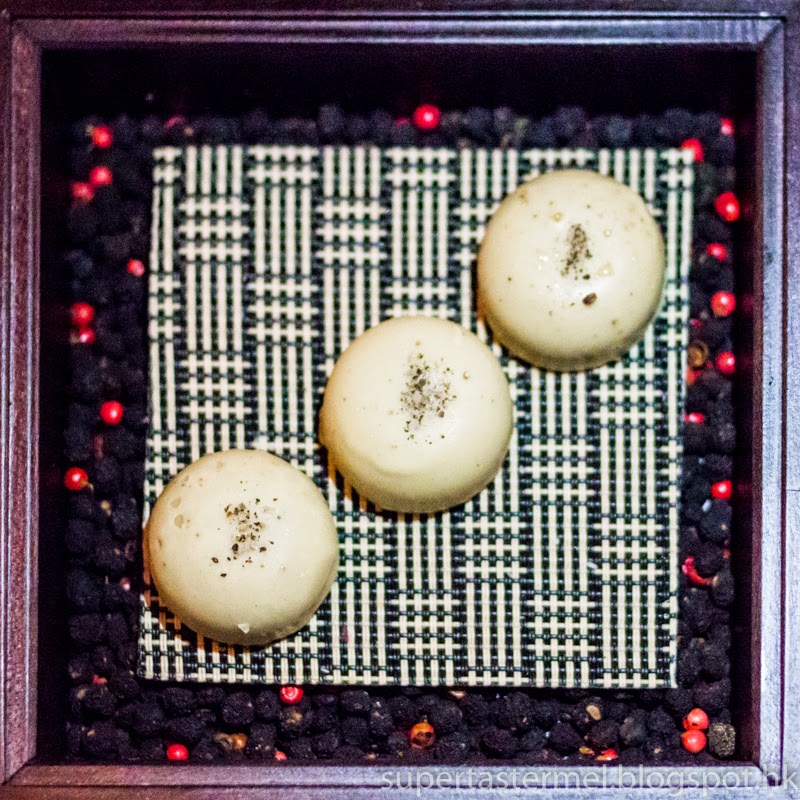 I liked the spiciness of the sauce but it also virtually destroyed the natural flavors of the clam at the same time. 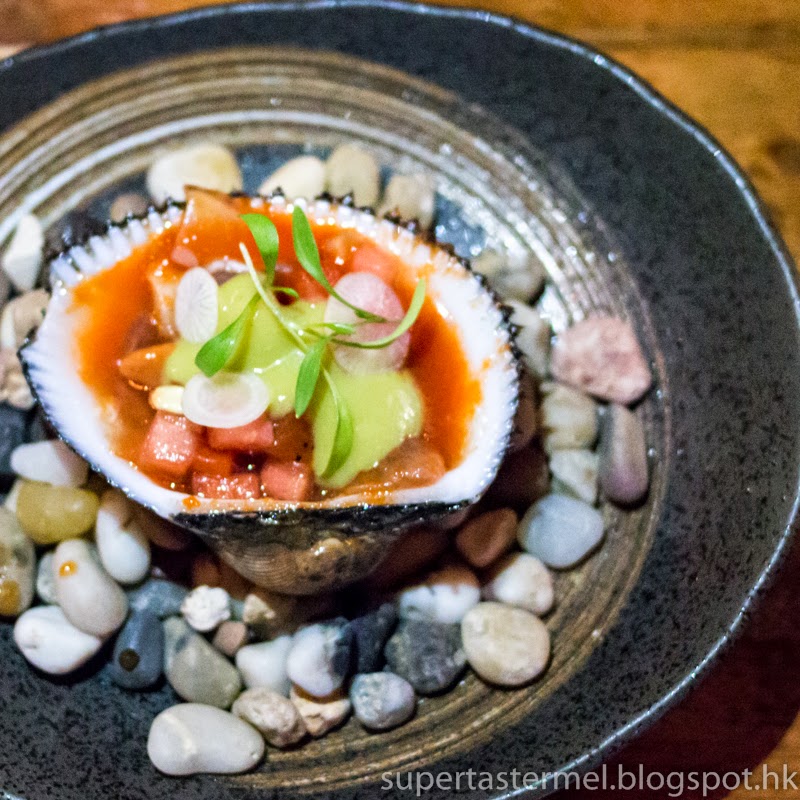 The passion fruit jello didn't do anything for the oyster which was average by itself at best. 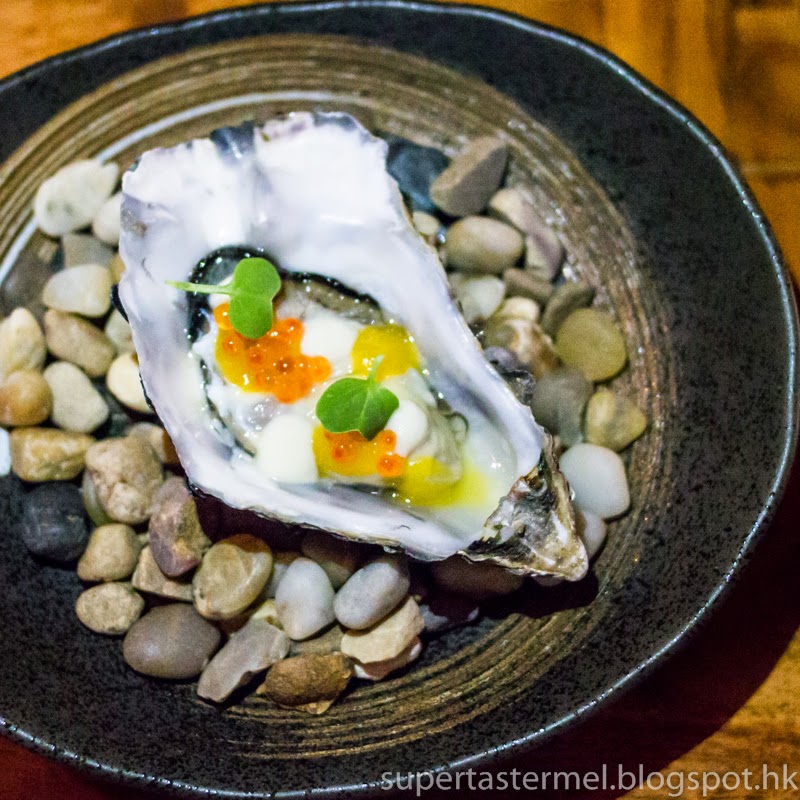 I really liked this beef tartare as the flavors were well balanced while the beef was fresh. 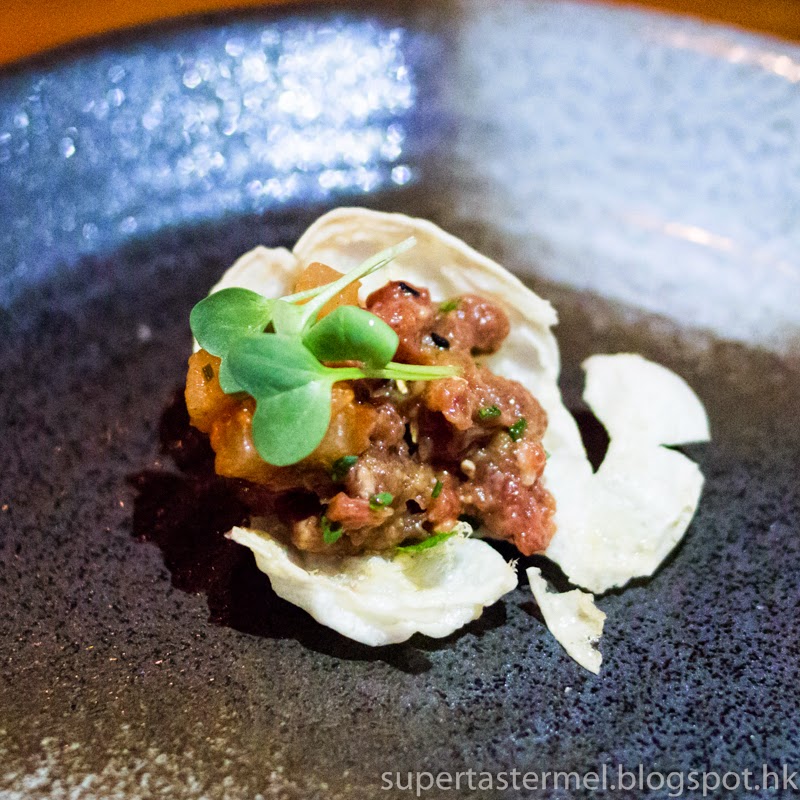 This tasted pretty decent but the portions were way too small for the price! 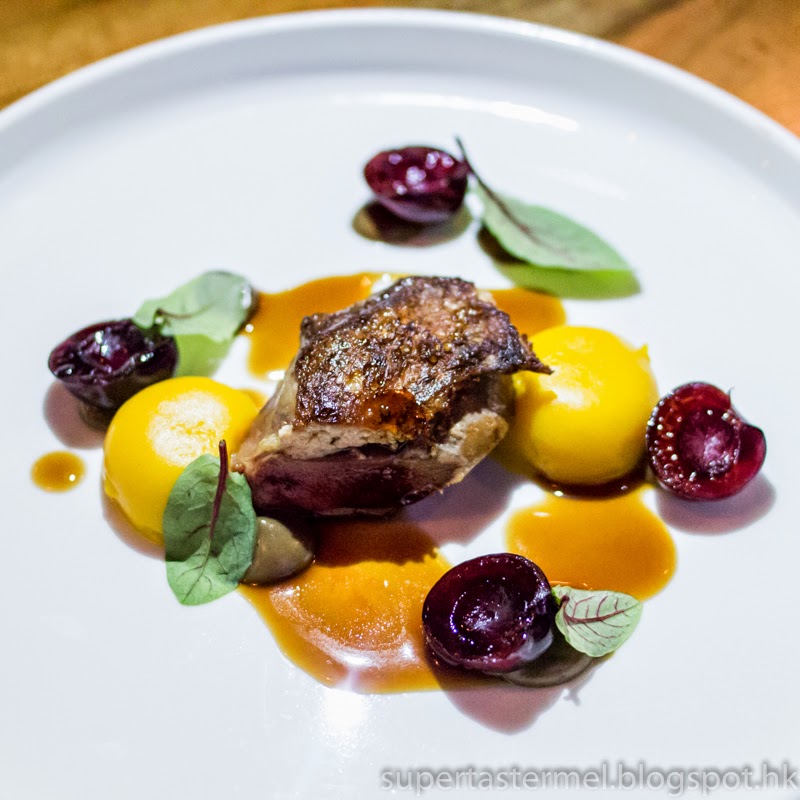 The flavors were too sour and tart which made it hard to enjoy the smokiness of the fish while the green apple also didn't go that well with the yellow tail either. 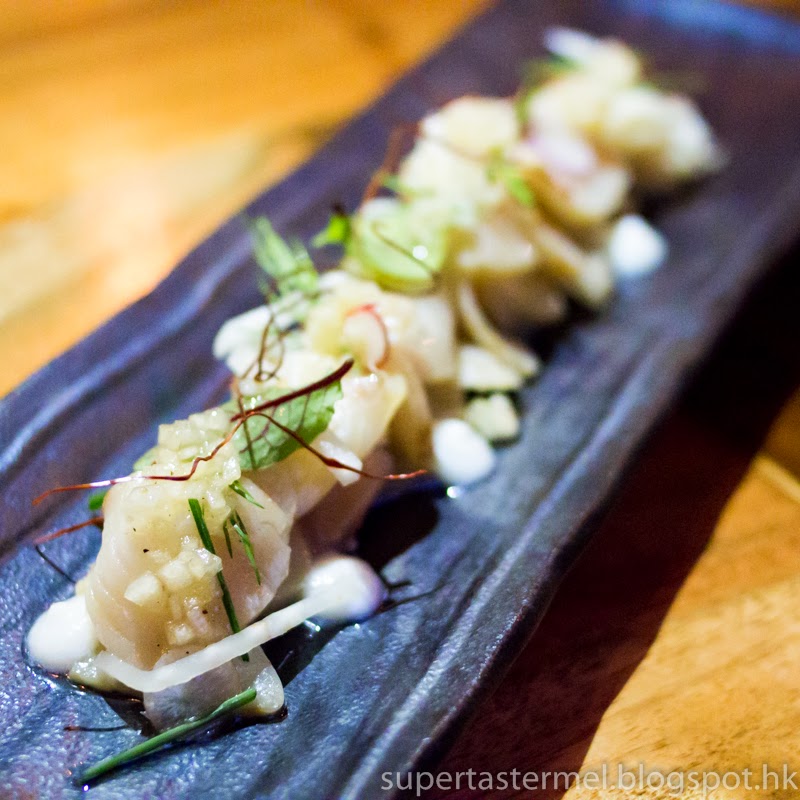 Nicely cooked scallops but flavors were nothing special. 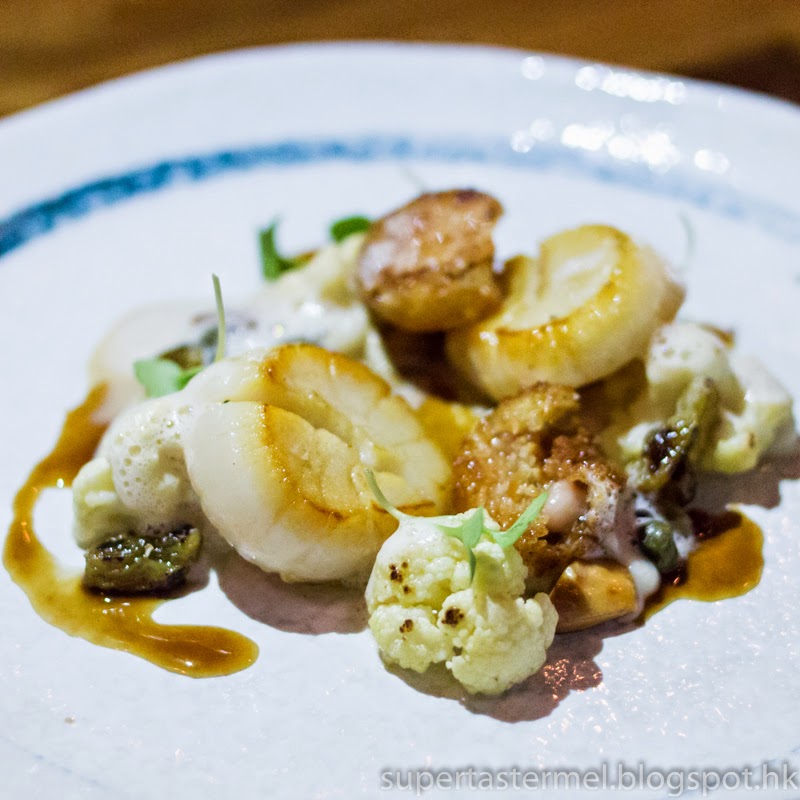 Now this is an impressive dish that I've been looking for since the start of the meal. The cuttlefish had been cut up into long slices of noodles which was soft and springy to eat. The sea urchin was a tad fishy though but overall the flavors were delightful. 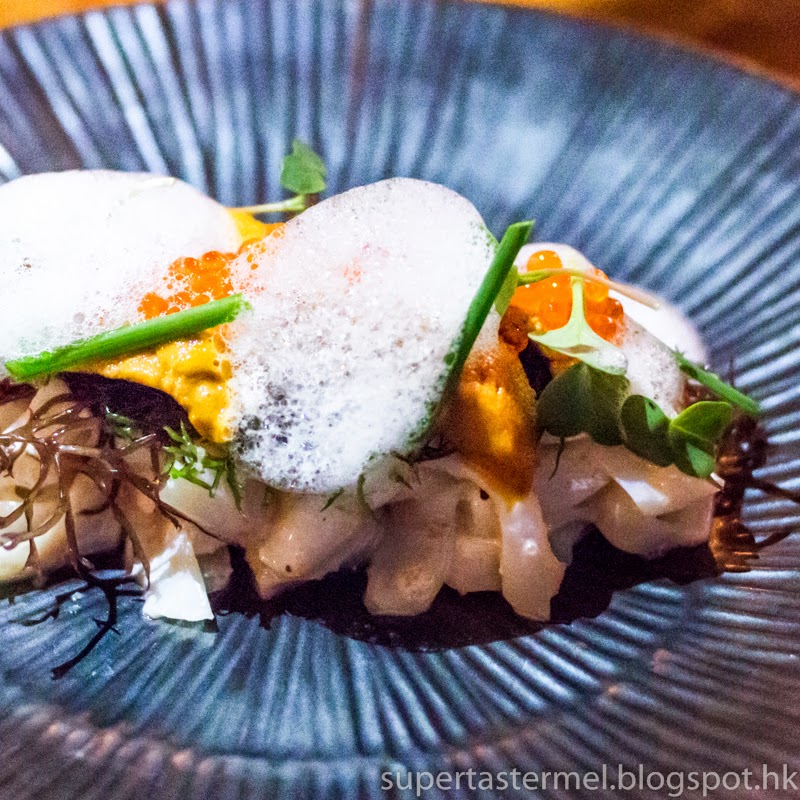 Sadly even as we moved up into the "Large" dishes, the portions didn't seem to increase that much. This was another dish that I was quite impressed with though as the texture of the beef was tender yet bouncy while the flavors were exciting with a hint of spiciness. 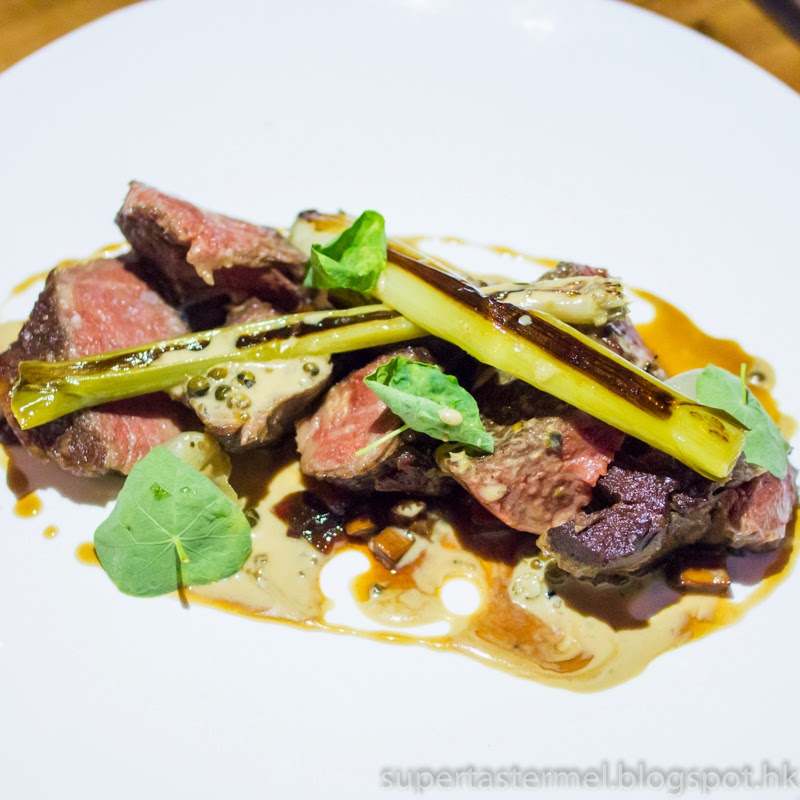 X Large
Free Range Yellow Chicken from France ($788) which was served two ways. The meat dishes continue to shine through here as the chicken was very moist and succulent while the pasta could be more flavorful. I couldn't help but compare this to the amazing yellow chicken dish at the Penthouse which tasted just as good if not better but at almost half the price tag. 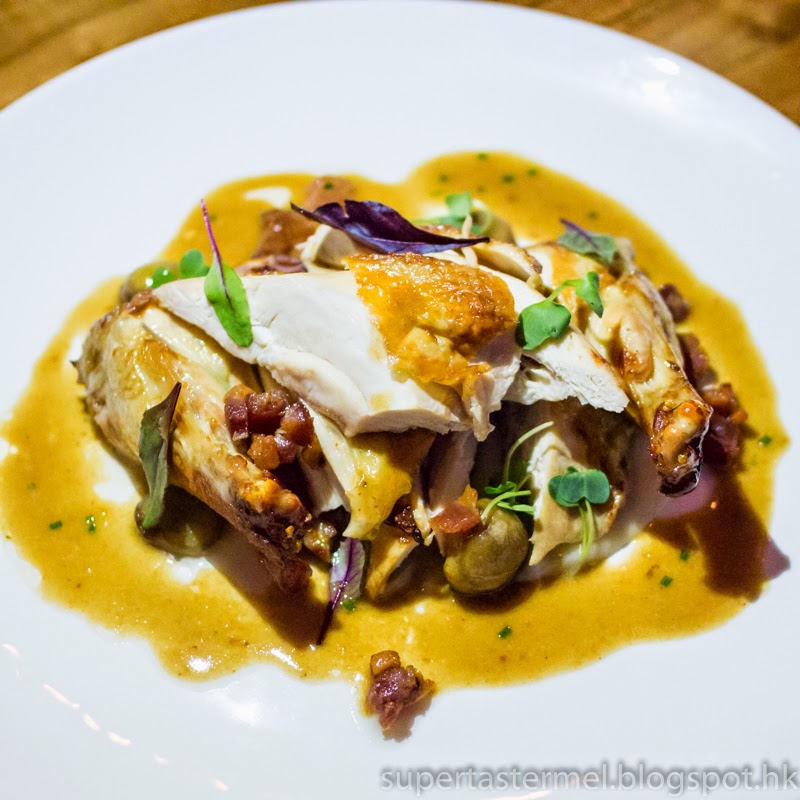 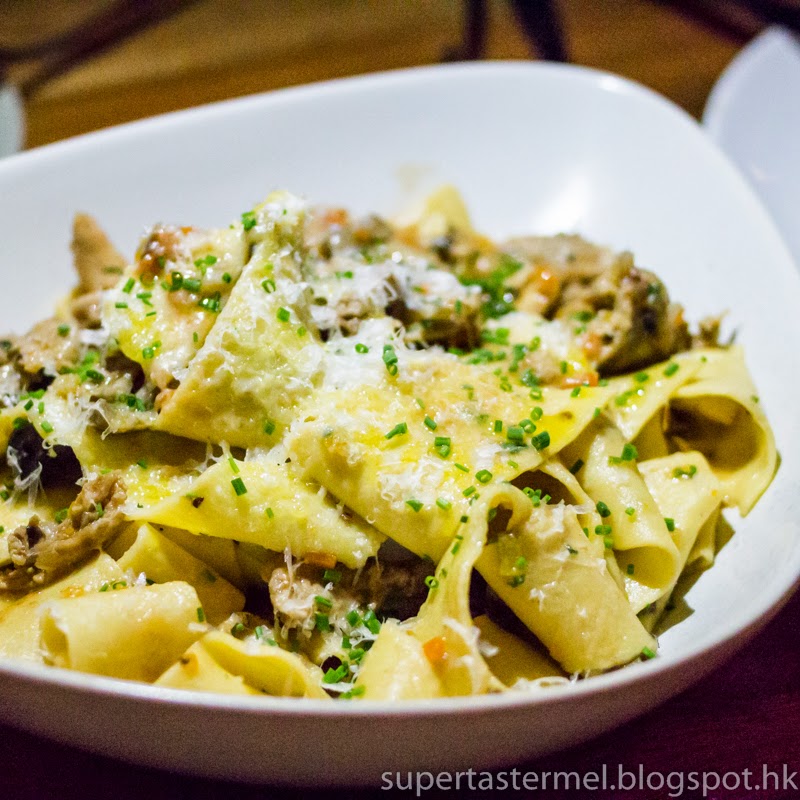 I loved the colorful plating here. The contrasting textures between the crispy puffed rice and the soft sponge cakes were a nice touch while the chocolate was smooth, creamy and not too sweet. 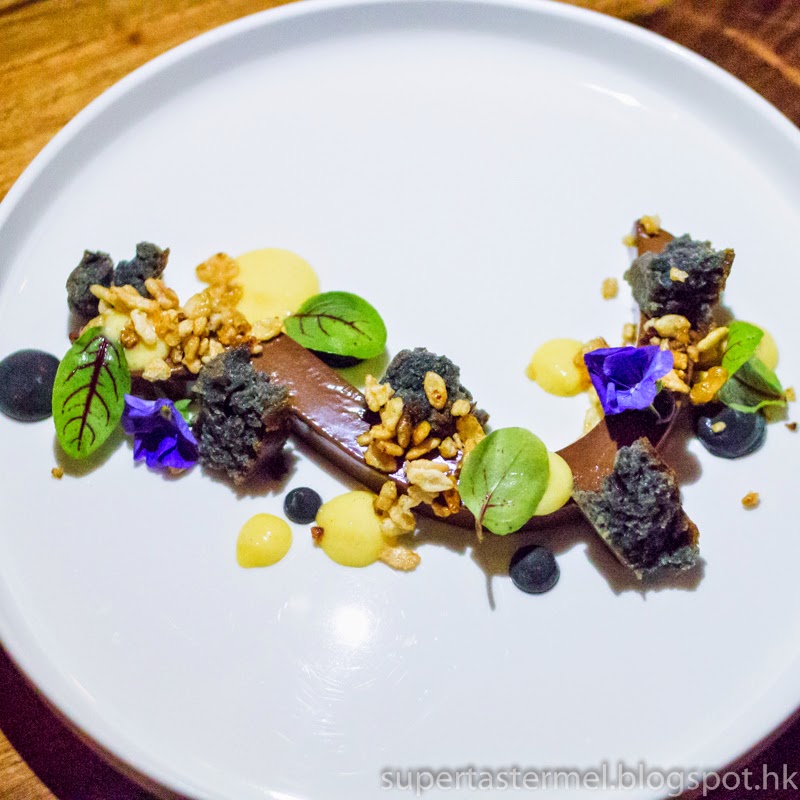 Verdict - the tab came out to around $600 per head with no drinks which was quite expensive considering we were only half full at the end of our meal. Some of the dishes are worth a try especially the meat dishes but portions are just too tiny for the high prices for a place that's supposed to be for a casual night out "eating together" with friends. It's confusing that they say they want to serve 5 star restaurant food without the fuss of the white table cloths and stiff service but they also forgot to mention that they will still be charging 5 star restaurant prices as well.