Can't believe that this is my first time actually dining out in Tsim Sha Tsui's Knutsford Terrace which is like the Lan Kwai Fong of Kowloon side with a seemingly endless row of restaurants and bars! I was here for a dinner gathering with fellow English bloggers at Assembly which is a gastrobar/restaurant of the Prive Group. Similar to Common Room, this restaurant offers a casual communal space for people to gather and relax with a rustic chic interior as it is supposed to resemble a Parisian train station. The food is more comforting tapas-styled shared plates with flavors inspired from around the world while the drinks are Prive's strong suit with a dizzying array of bespoke cocktails and drinks (it even has an impressive bar to prove it!). 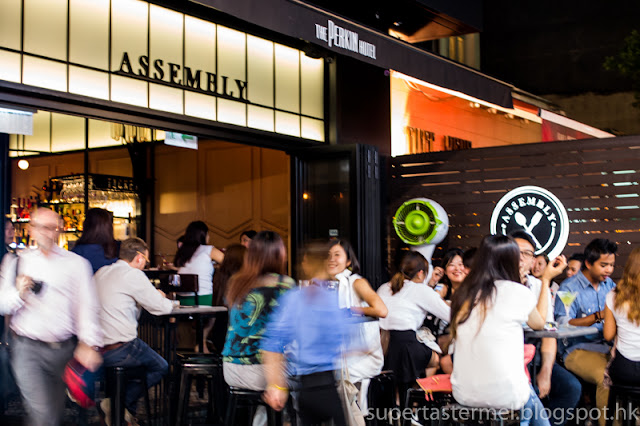 I love a good cocktail so I had to try their new Drunken Boozesicles series where they teamed up with Nice Pops to create cocktails with alcoholic popsicles! The Crimson Sweet ($130) with Gin watermelon liquer, fresh citrus juice, homemade rosemary syrup and watermelon martini pop was very refreshing to drink with a sweet fruity flavor. You can choose to eat the popsicle alone or dip it into the cocktail to mix it all up! 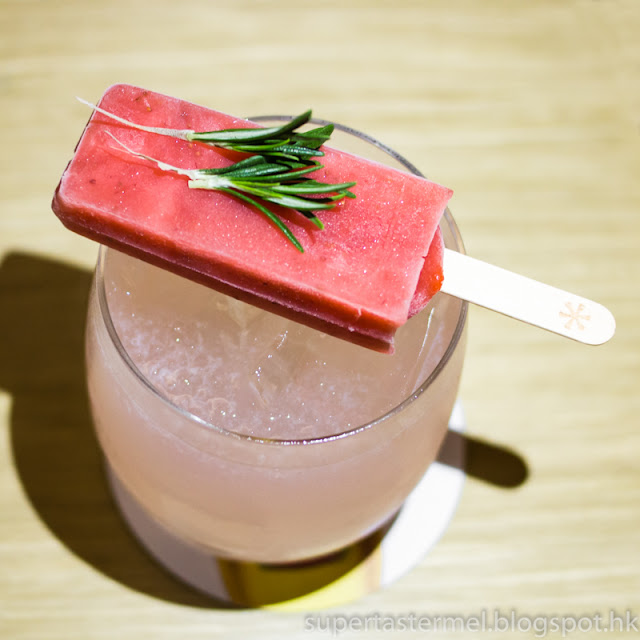 I can never stop at just one drink so I also went for the Young & Beautiful ($140) with vodka, fresh mango juice, ginger root, citrus juice, mango syrup and mango sensation pop. This cocktail had more sass to it compared to the previous drink as it had a hint of spiciness from the ginger root. 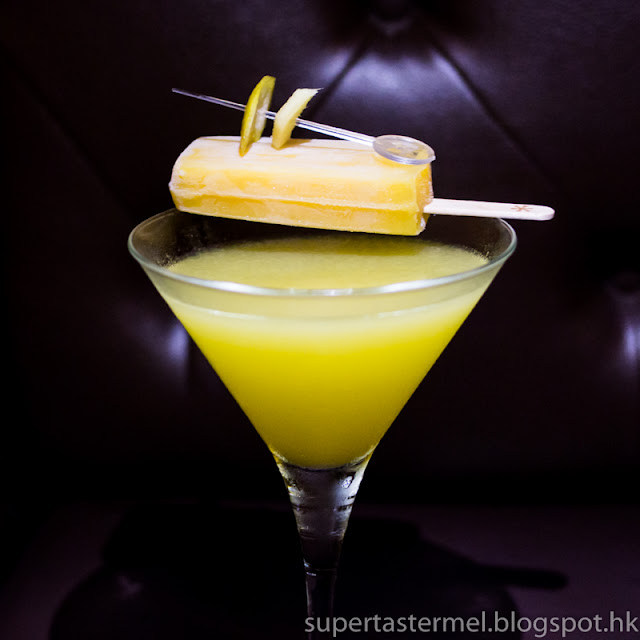 We started off the meal with a Rucola Salad ($98) with rocket, Parma ham, Parmesan cheese, fresh figs and strawberries and the Cold Cut Platter ($138) with Parma ham, spicy salami, mortadella, cooked ham, red pepper with cheese, prunes, apricots and almonds. I liked the salad with the sweet juicy figs and while I'm not a fan of the cold cuts personally, I'd imagine they would be good to nibble on with drinks. 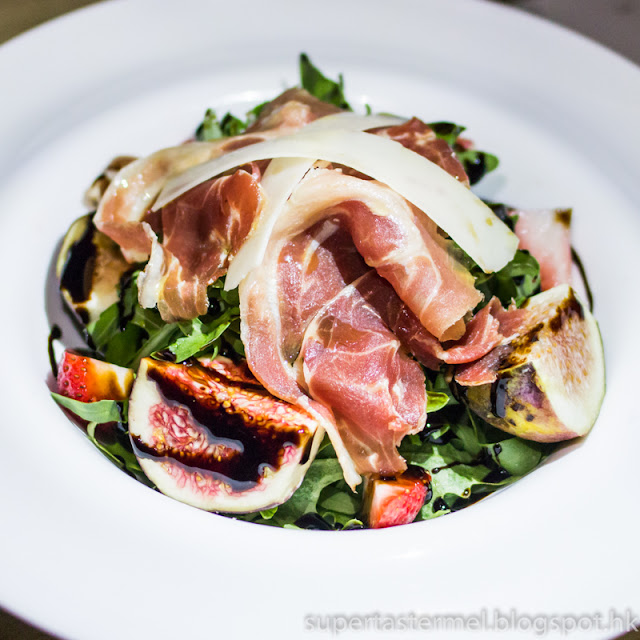 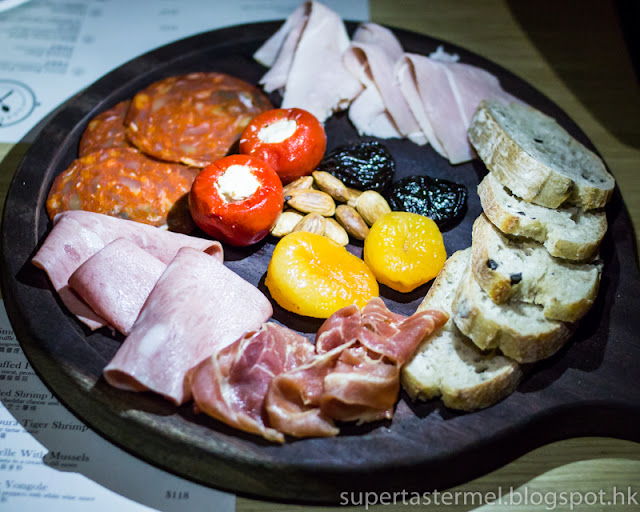 The Tempura Tiger Shrimp ($98) with tangy tartar sauce was easy to eat by grabbing its tail but while the shrimp tasted delicious, I found the tempura batter to be a bit thick and not crispy enough for my taste. 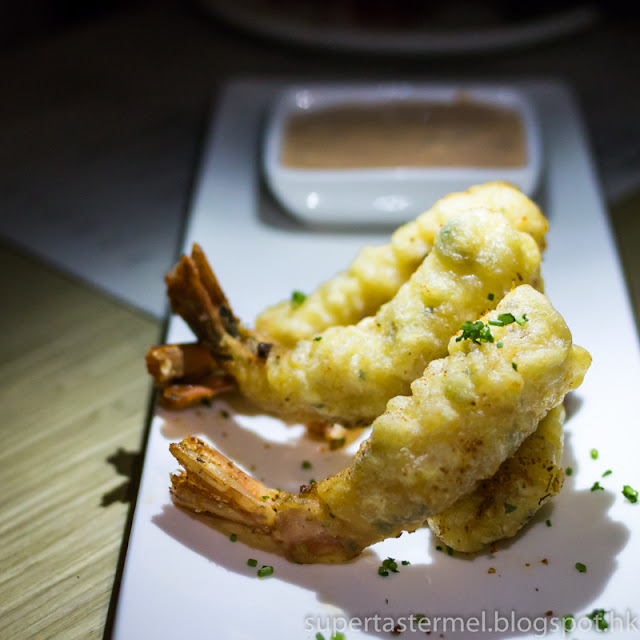 Seasoned with lemon juice and paprika, the Lobster Bites ($128) was simply amazing! I missed my lobster rolls from the east coast and this was honestly very good quality for the price as some places in HK are charging double the price. You can't see it from the picture but each roll was adorned with a lobster head! 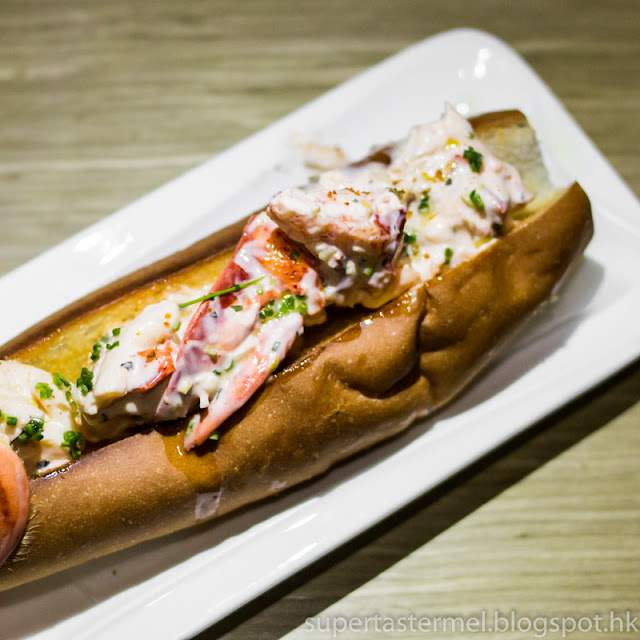 The Tagliatelle with Mussels ($138) with creamy dill sauce was probably my least favorite dish as the sauce was a bit dry for me. 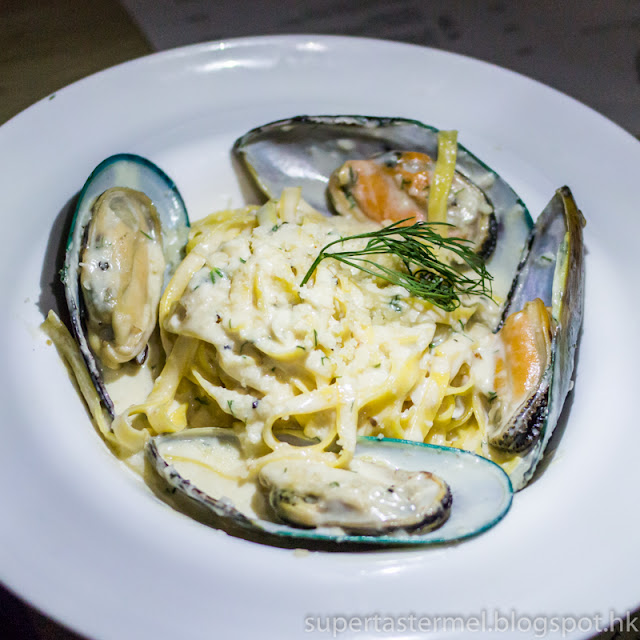 The 8" Cajun Chicken Pizza ($128) with spicy romesco sauce, cherry tomato and cilantro arrived sizzling hot and it was a solid pizza with melting cheese and spicy flavors. The crust was the hard and crunchy kind so it was more like a pita bread than a New York style. 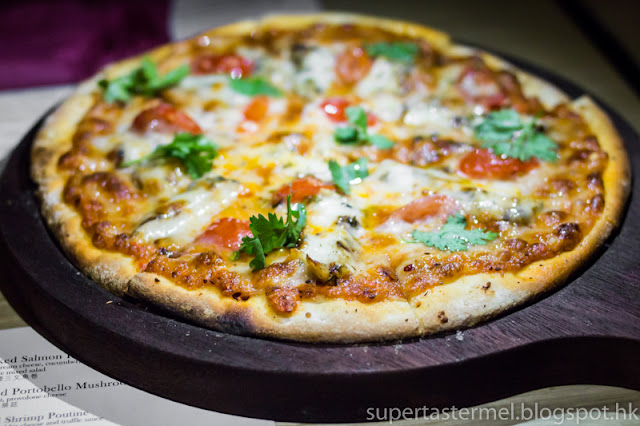 When it came to dessert time, we all looked at each other and decided through non-verbal cues that we were definitely going to get desserts even though we were full! The Cryo-Fried Vanilla Ice Cream ($95) with flaming brandy and raspberry sauce turned out to be quite a show as brandy was poured over the fried ice cream and lit up in front of us. I'm not sure if it was because we took a long time to eat it but the exterior wasn't as crispy as I thought it would be but that ice cream ball was huge enough to be shared among multiple people! 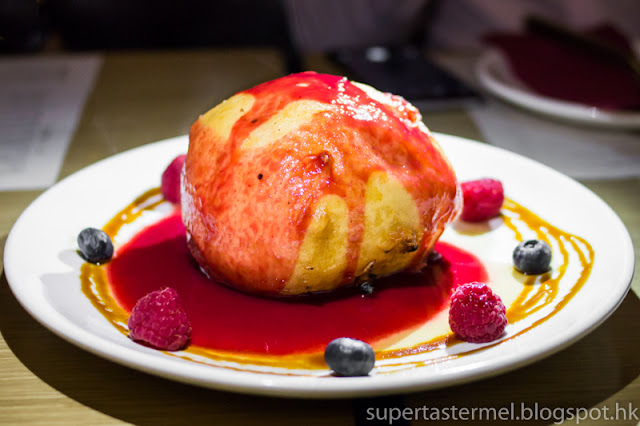 The Chocolate Pudding ($88) with vanilla ice cream was my favorite out of the two desserts with a melting lava chocolate interior which was rich and warming. A great way to end the meal! 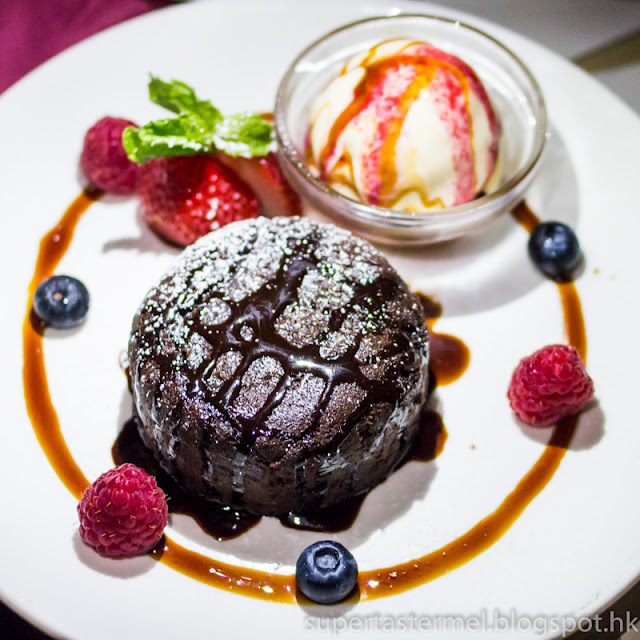 Verdict - I was at Knutsford Terrace on a week night and I was impressed with the vibrancy of the area! Assembly is one of those places that would be great to grab food and drinks with friends or colleagues on the Kowloon side. For those who live and work on HK Island side, although it's not a place that you would trek to specifically since you can get similar offerings at Common Room in Central, it can offer a nice change of scenery and crowd if you wish.