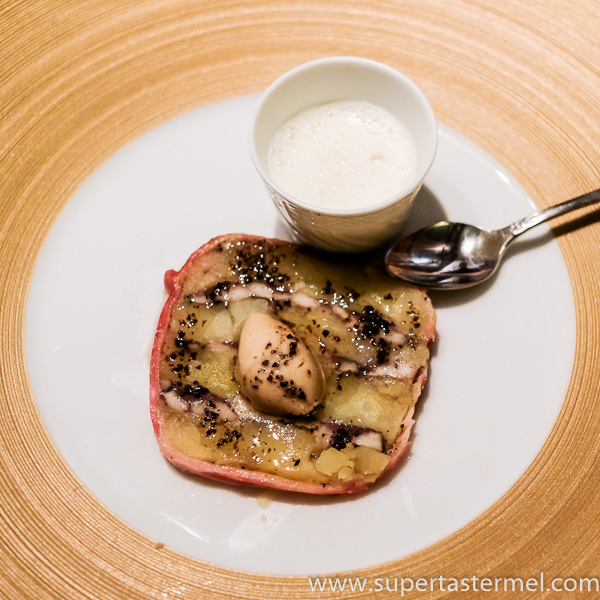 After my birthday meal at Ta Vie, I started chatting with the chef Sato-san and asked him what his favorite restaurant is in Tokyo. He said that it's a difficult question but at the end he recommended a French restaurant called La Blanche which is a bit of an institution with 30 years of history. Apparently many of the younger French-Japanese cuisine chefs like Sato-san and Namae-san at L'Effervescence really respects the chef Kazuhisa Tashiro. Located up a flight of stairs, the restaurant was cozy and homey like a bistro straight out of Paris while the menu was simple with 3 omakase menus (chef's choice) offered at ¥7800, ¥10000 and ¥12000. We ended up choosing the most expensive menu and while some of the flavors and balance didn't quite work, the signature dish Terrine of Sardine and Potato with Anchovy was absolutely fantastic. The restaurant manager was really friendly as well and when we asked him what his favorite restaurants were in Tokyo, he said none because he thought that the new restaurants were too focused on plating and presentation. In a way that was also reflective of the dishes here as the chef's main focus wasn't so much on the modern style of plating but rather the tastes and flavors of his ingredients. 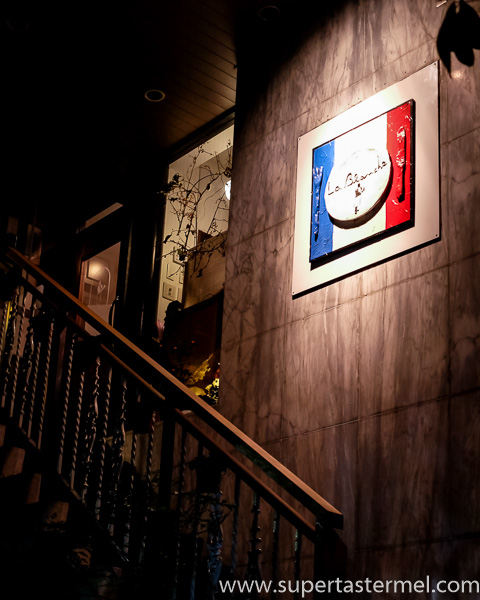 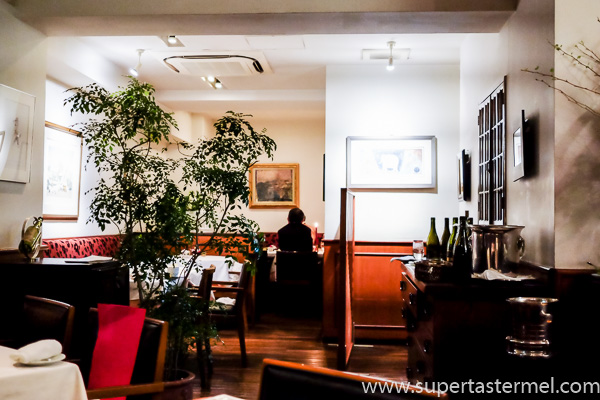 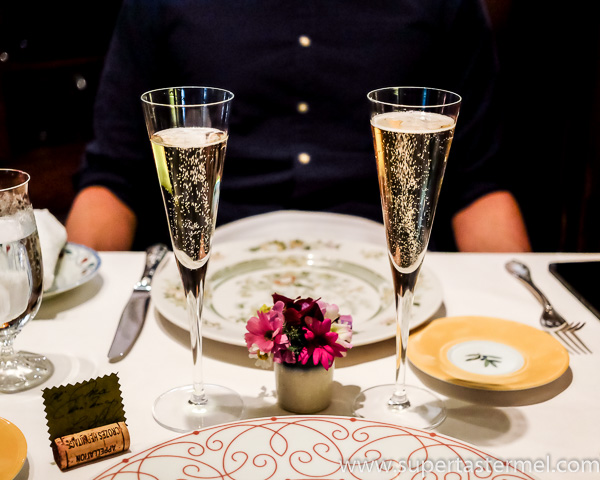 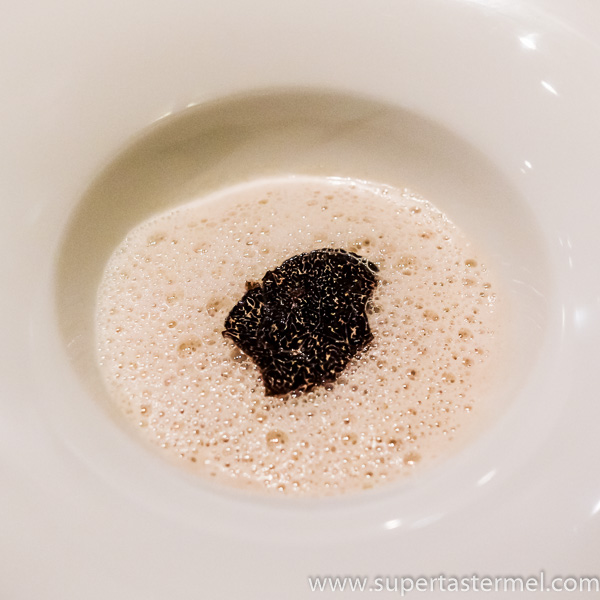 Shirako and Turnip with Ham from Nagano - we thought the seasoning here was a bit heavy-handed. 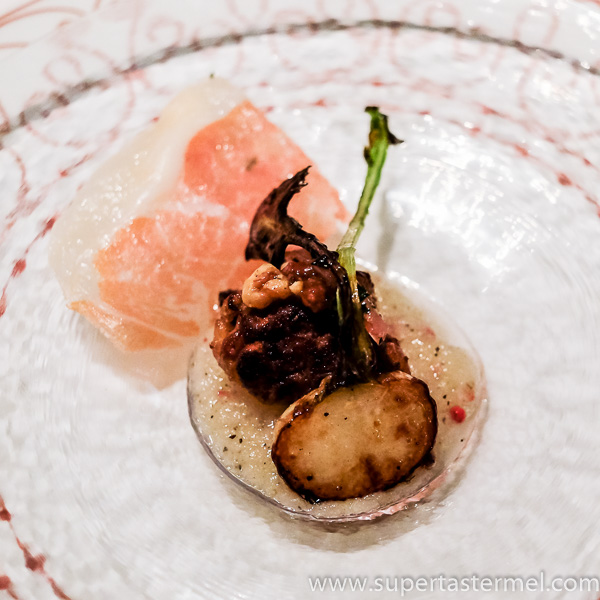 Terrine of Sardine and Potato with Anchovy - this was the chef's signature dish that was absolutely blew us away with its flavors and textures!

Cauliflower Mousse with Tomato Gelatin - the texture of the mousse was super smooth but I wished there were more tomato gelatin to balance out the bitterness of the cauliflower. 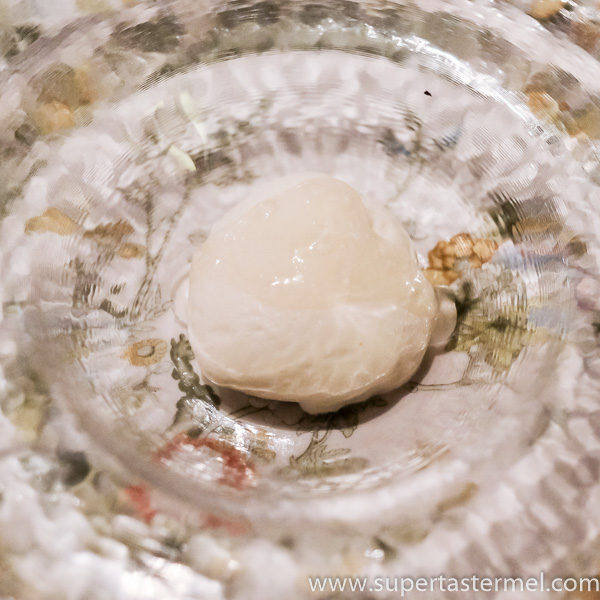 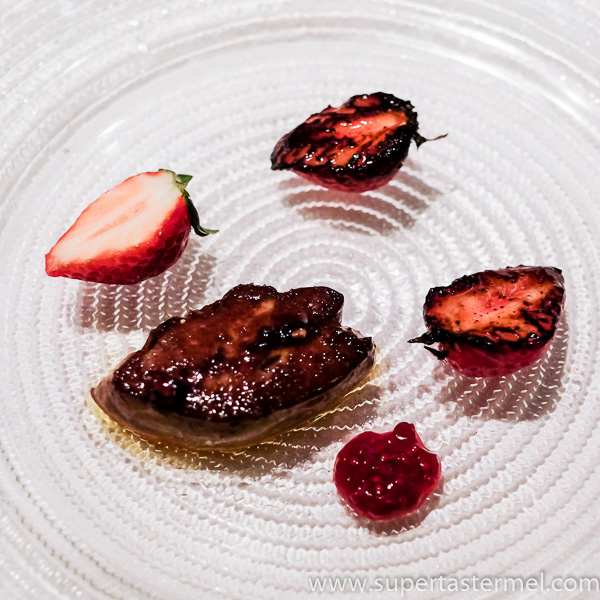 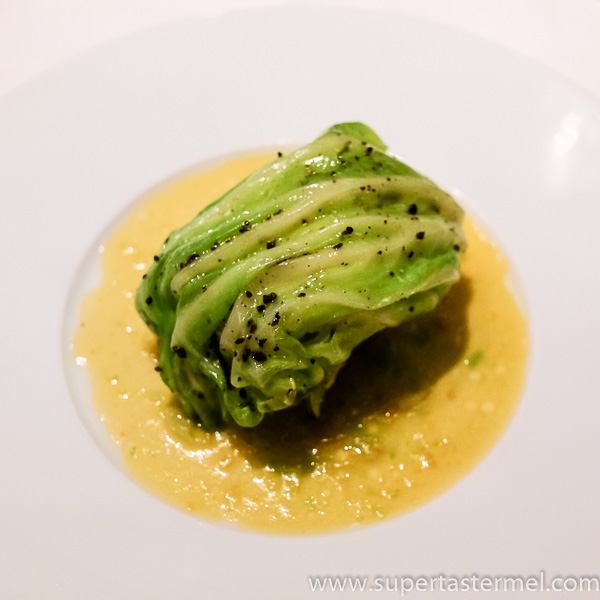 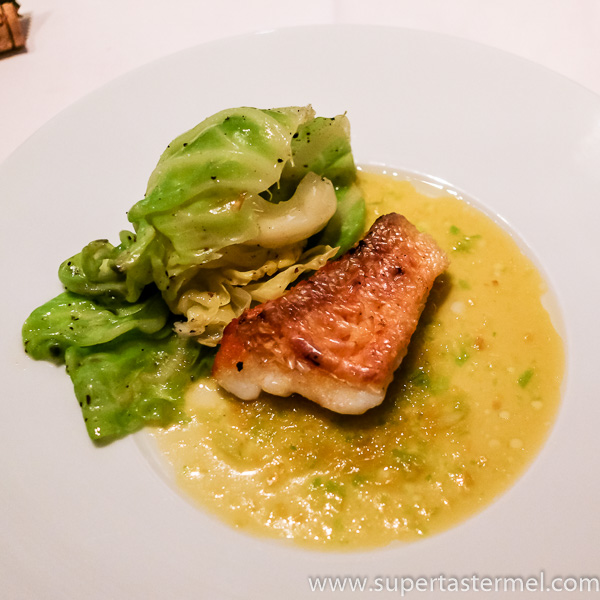 Star Anise Sorbet - I've never had star anise as sorbet before and I'll have to say it was very interesting. 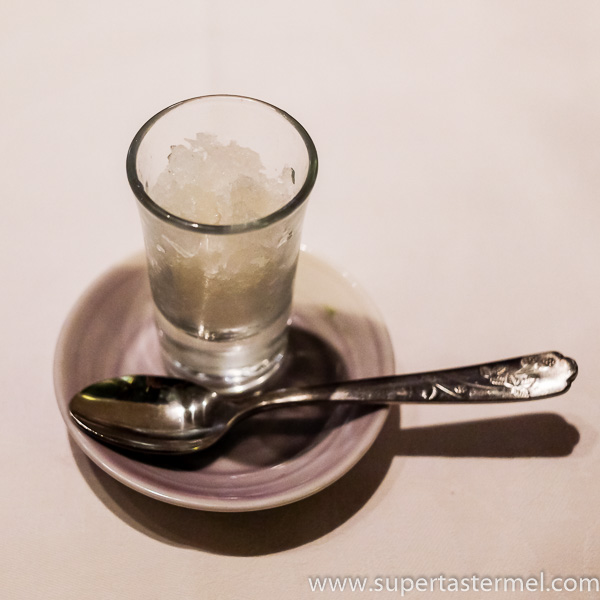 We got to choose different dishes for our main so we chose the Wagyu and Shamo (gamefowl) of which the latter was quite impressive. 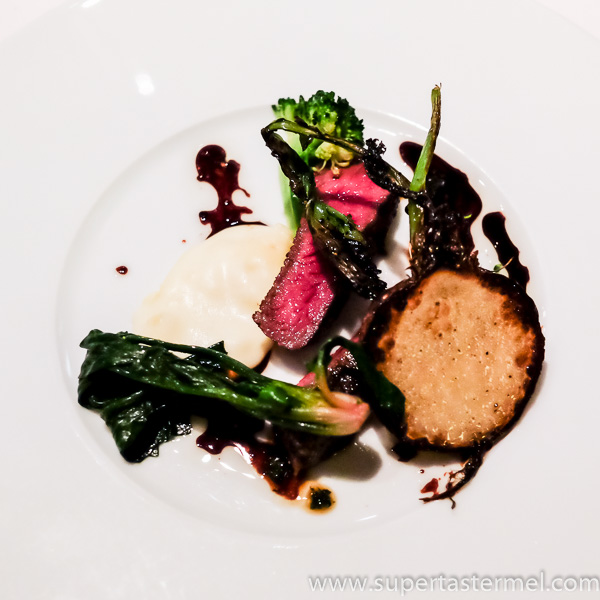 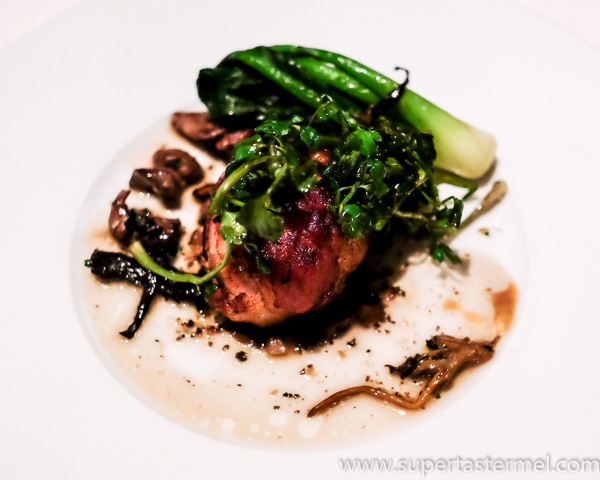 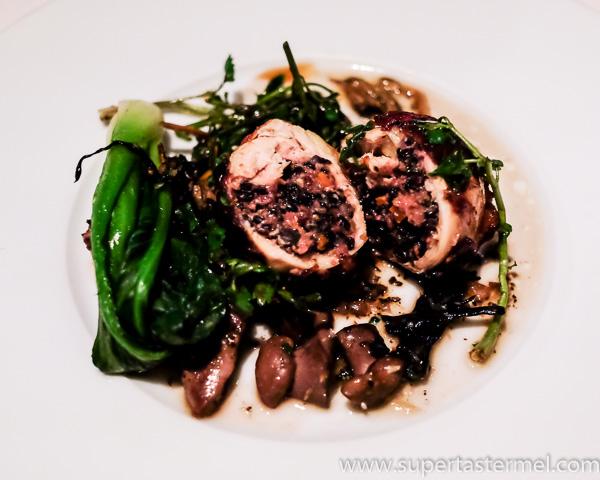 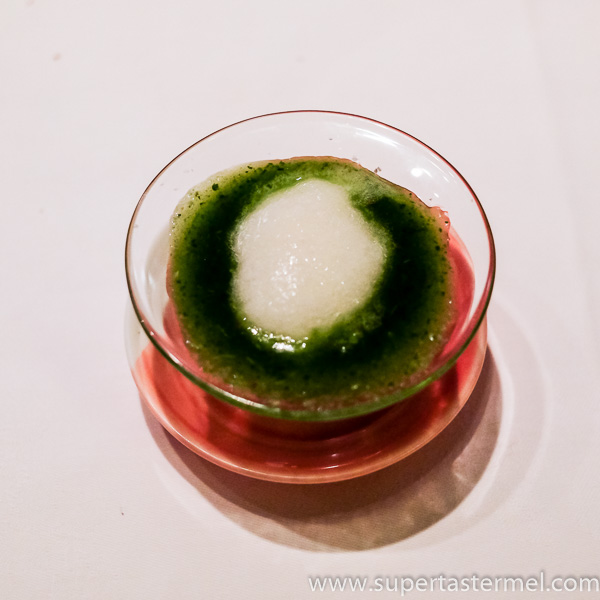 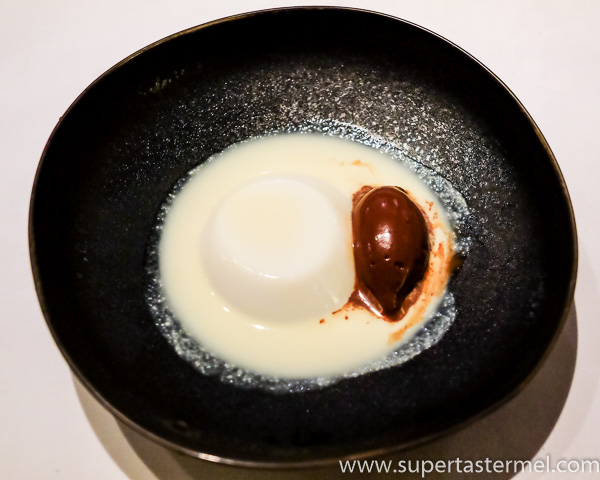 Chocolate Mousse and Ice Cream - the desserts in general were pretty strong but this chocolate creation took the crown as the most heavenly and divine dish of all! 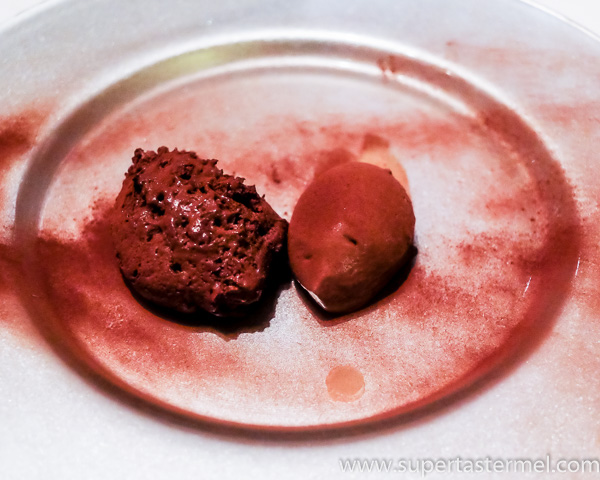 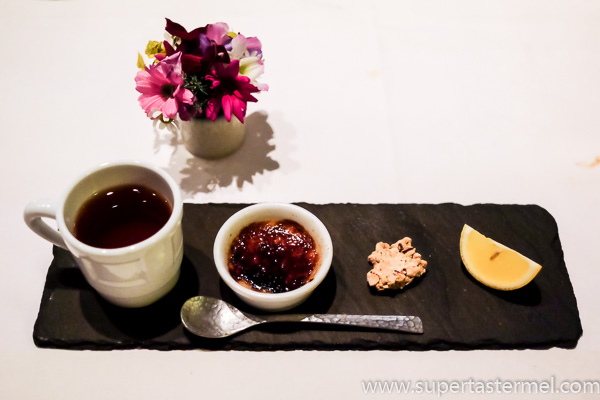