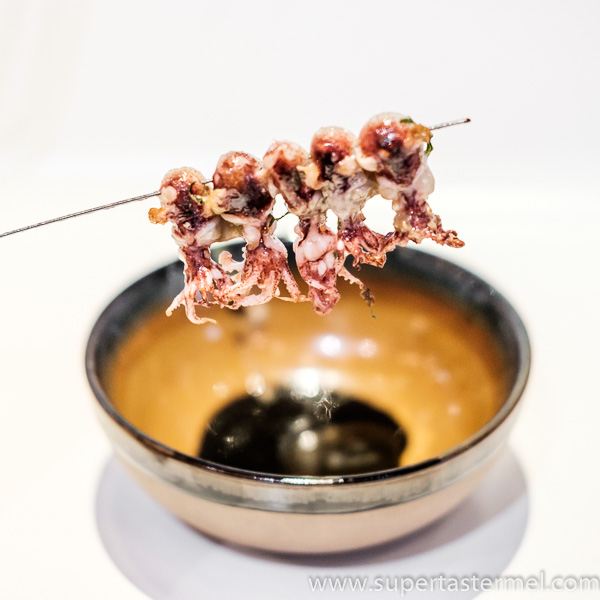 We were back in Spain for an intense eating trip and our first stop was a return to 1* Tickets in Barcelona! Having loved our first experience a few years ago, we didn't hesitate to book it again this time. Instead of the tasting menu, we went a la carte in order to try as many new dishes possible. Admittedly the meal wasn't as impressive this time around because most of the surprise factor was gone and some of the new dishes we tried weren't that great, but I believe that it's still worth a try for those who haven't been to the highly popular tapas bar yet. 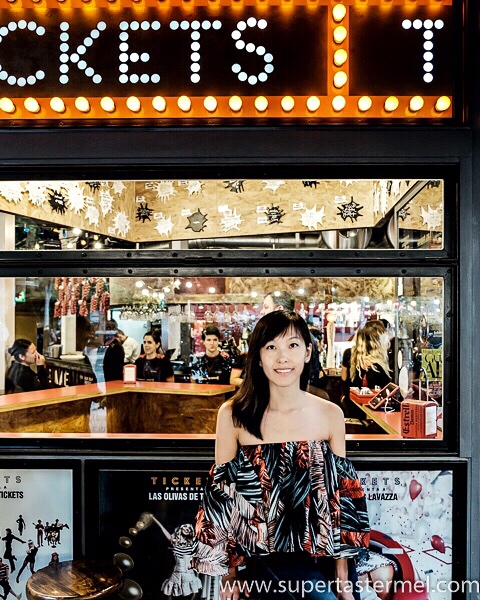 We started off with 3 bites that were on the Chef's Suggestions but sadly only 1 out of 3 was good. The Brutesca Razor Clam with "Aji Amarillo" sauce failed to impress as the clam wasn't as fresh as it can be and the rich sauce overpowered the natural flavors of the shellfish. 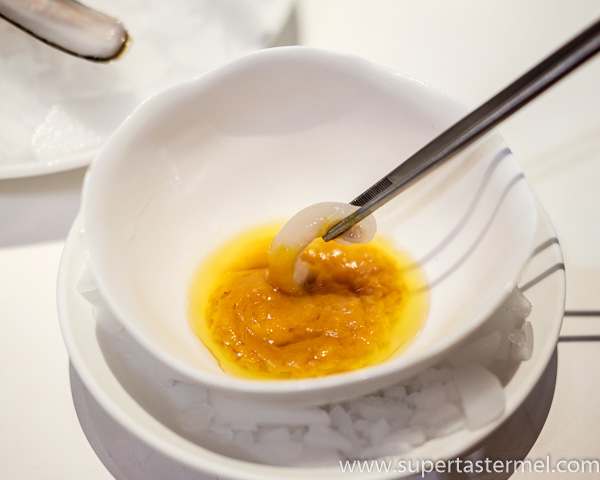 The Oyster with fresh almond (€5.6) didn't really work for us either with its bland flavors. 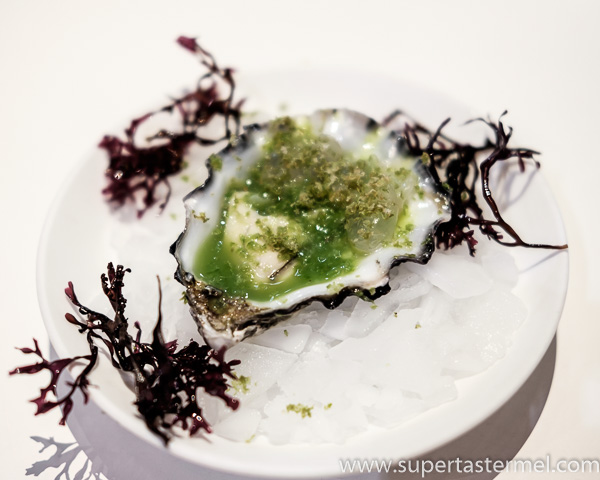 Fortunately, the Sepiola Rondeletti with squid ink sauce and ashed chile sauce (€6.8) put the meal back on the track as the squids were nicely grilled while the flavorful sauces were irresistible.

The Avocado Ravioli with edible crab, chipotle mayonnaise and chia seeds (€6.4) was impressive to look at with its intricate weaving of avocado strips. I could only taste the crab though and not the avocado. 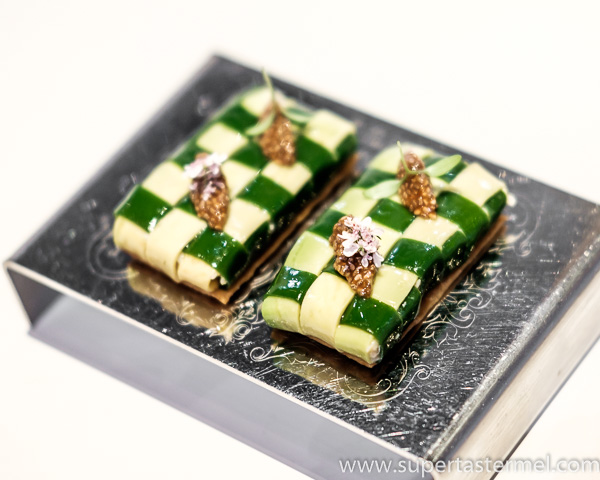 So I got really curious when I saw this Shark Fin Soup with tucupi and king crab (€6.2) on the menu. It didn't have real shark fin of course but with tucupi as an imitation which really resembled noodles more than shark fin though. The broth here was a rich beef broth instead of the chicken stock typically used for Chinese shark fin soup so while it tasted pretty good, the flavors were not really like the traditional ones I'm used to. 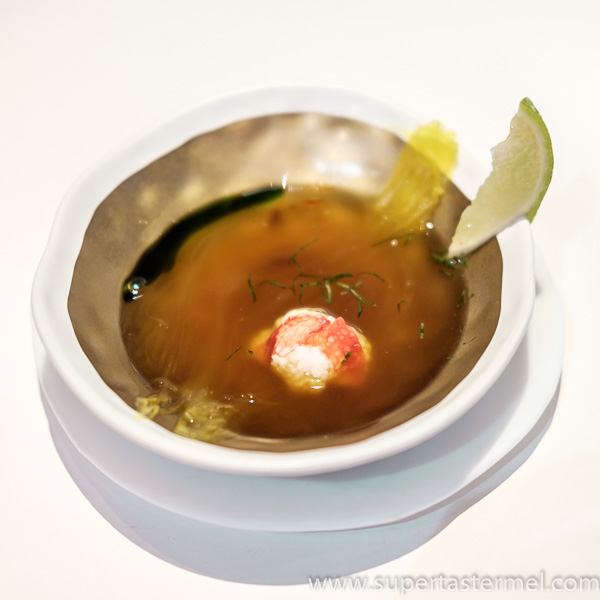 The Crunchy Suckling Pig Taco with hoisin mayonnaise and pickled cucumber (€5.8) was another nod to Asian cuisine and the flavors were quite nice here. 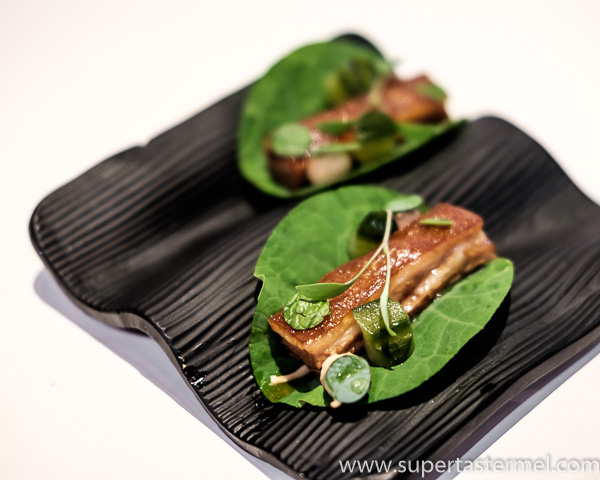 The Foie Gras stuffed with smoked eel and nori was also a great dish and we were shown the whole roll of the foie gras before being served a slice. I'd like the whole roll please! 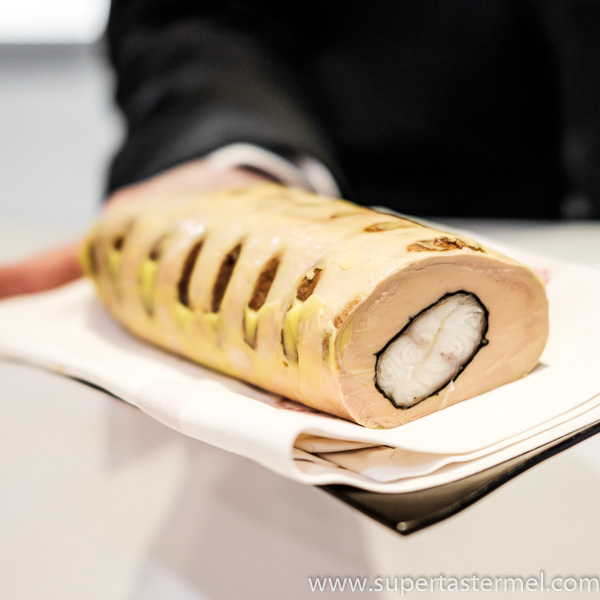 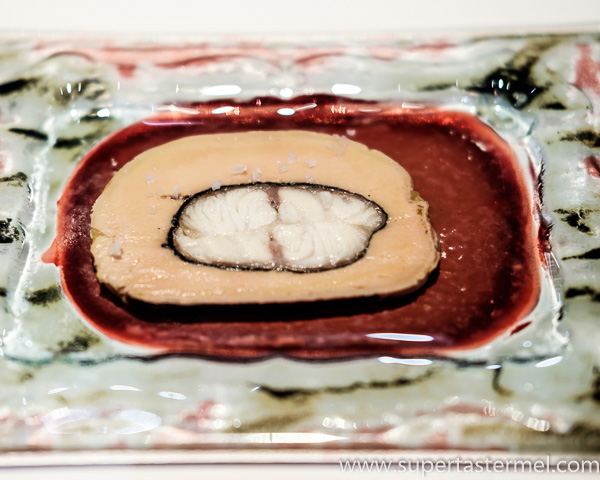 The “Maracusante” was surprisingly good even though I'm not a fan of peas in the first place! This was a pretty clever dish where we were first presented with a seemingly ordinary-looking passion fruit before the top of cut off in front of us to reveal peas inside. So how did the peas get inside? Well the "official answer" is that it's a strange experiment resulting from passion fruit seeds planted in the pea fields of Maresme...*wink wink* 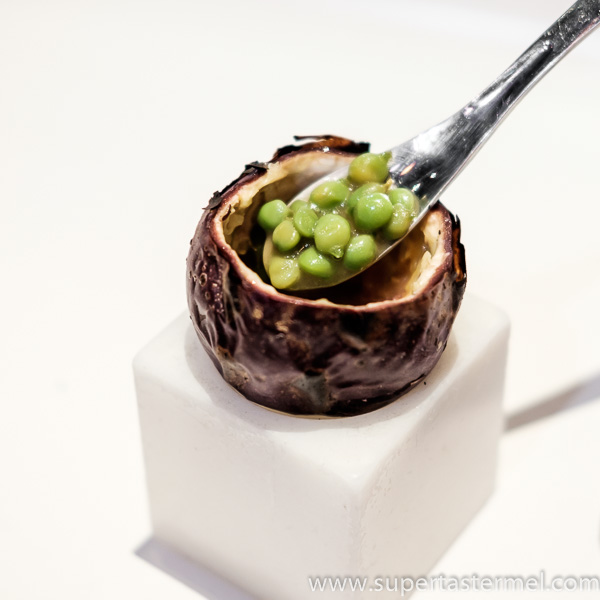 We did decide to revisit some favorites in the end including the Crunchy Octopus with kimchi mayonnaise and Tickets’ cucumber (€17.8) which is always the best! 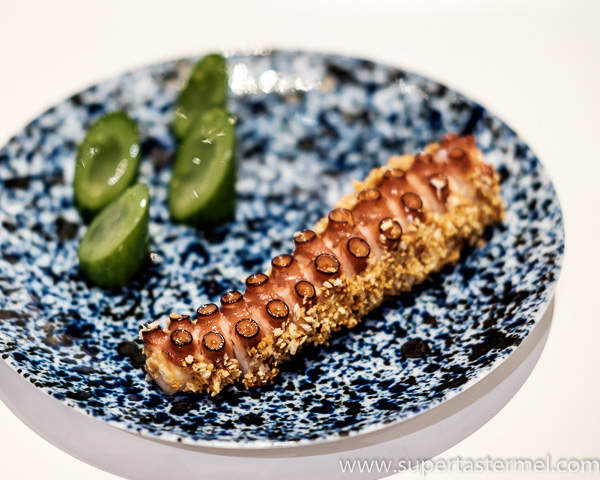 Another repeat was the signature Air Baguette with ‘‘Rubia gallega’’ (€6.4). 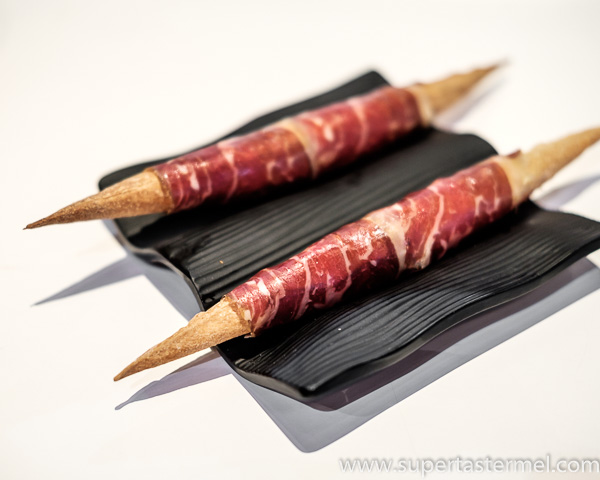 It was then dessert time and with our "Sweet Dreams" tickets, we were whisked away to the Willy Wonka themed dessert room! 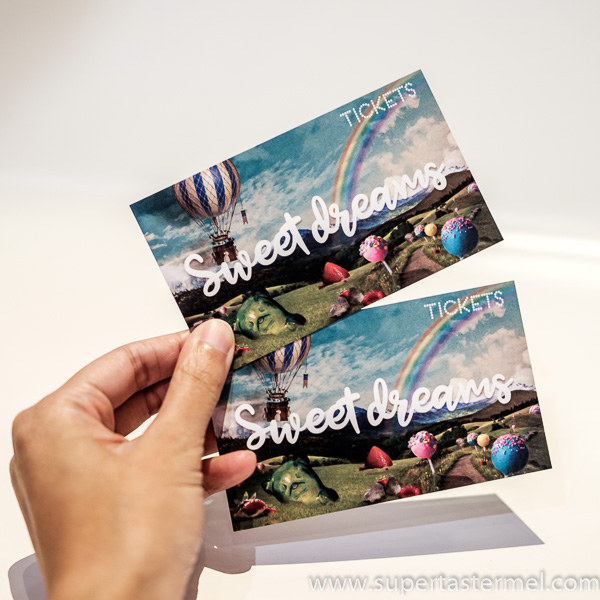 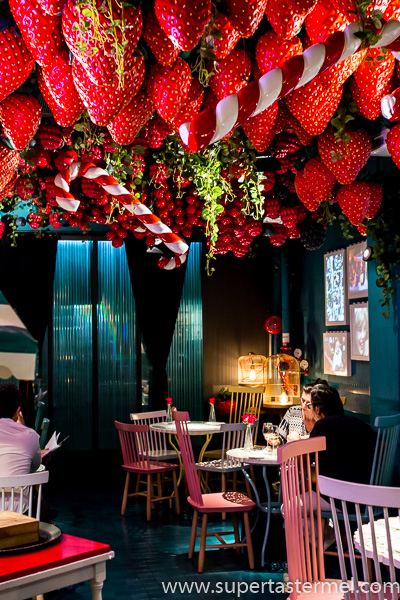 Initially we wanted to try the Stroopwaffle ice cream sandwich, but since it wasn't available, we opted for the intricate Chocolate and Coconut Flower with passion fruit gel and mint leave (€ 6.4) instead. It was delicious but also very petite at the same time. 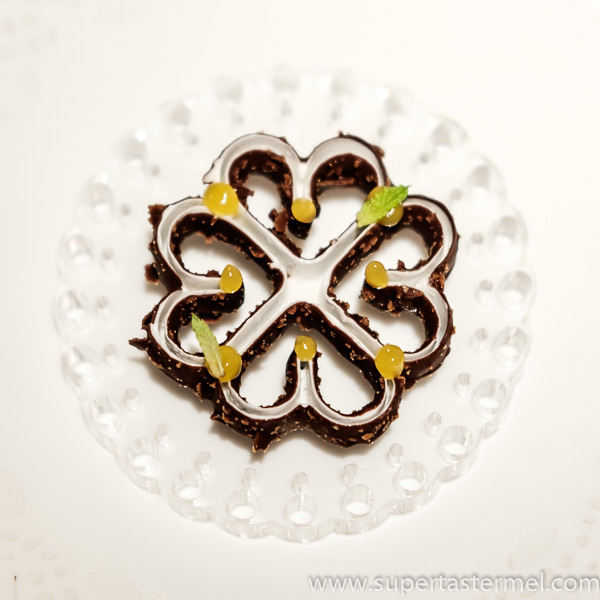 The Ticket's Cheese Cake (€8.9) is a signature dessert where the cake was made to look like a block of cheese. The "rind" was anything but hard so we dug right in, and the cheesecake had a savory tinge to it which we quite liked. 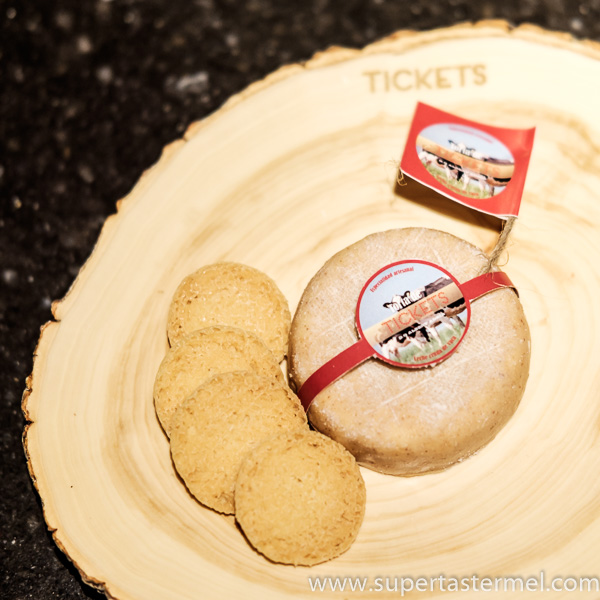