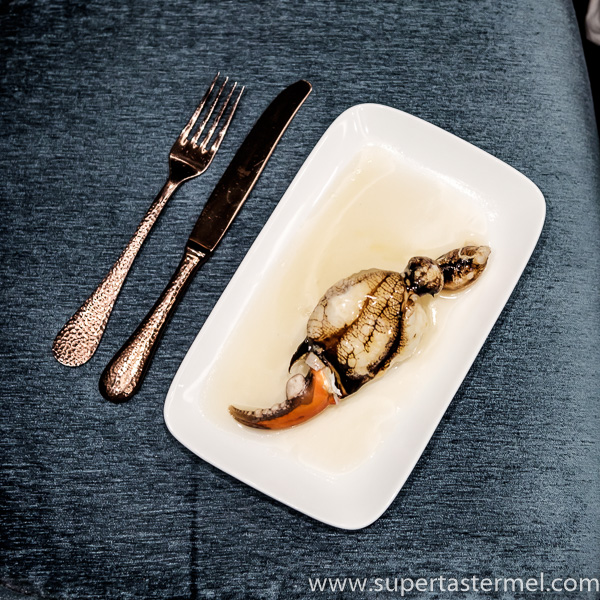 I've past by Restaurant de Chine quite a few times in Central and it has always looked a bit mysterious from the outside due to its windowless facade. Once inside, the decor exudes luxury and elegance with a turquoise color palette plus gold trimmings on the furnishing. The restaurant has gone through some branding changes - it was known as The Chin's when it took over the spot that used to house Sun Tong Lok in 2016 before being rebranded this year as Restaurant de Chine. The Executive Chef hasn't changed however; Ringo Chow has more than 30 years of experience cooking at Chinese fine dining restaurants in HK including China Tang in Landmark. 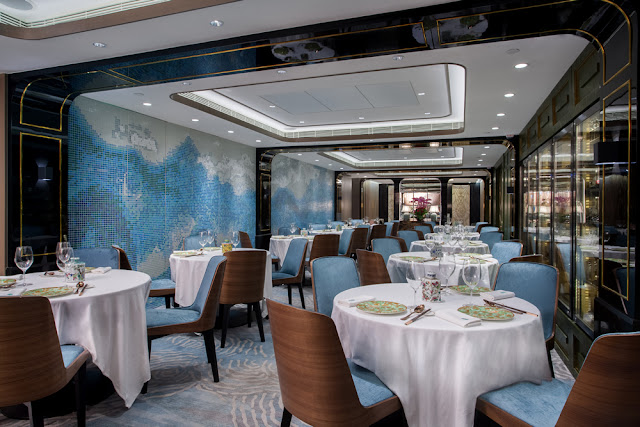 We started our meal with a platter of appetizer delights consisting of Barbecued Kagoshima Chami Pork, Marinated Fresh Abalone in Spiced Soy Sauce, and Deep-fried Bombay Duck with Spicy Salt. The stand-out here was definitely the plump and tender char siu with a layer of delicious honey glaze. 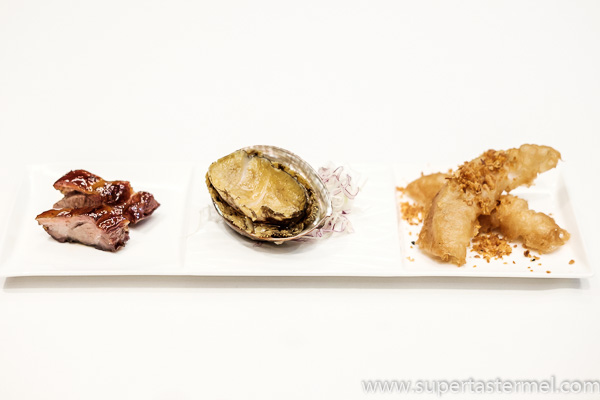 The Braised Superior Shark's Fin in Chiu Chow Style was easily a favorite of the night with its rich and luscious flavors. Usually shark fin soup has a relatively thin chicken broth so what sets Chiu Chow style shark fin soup apart is its thick and rich stock. 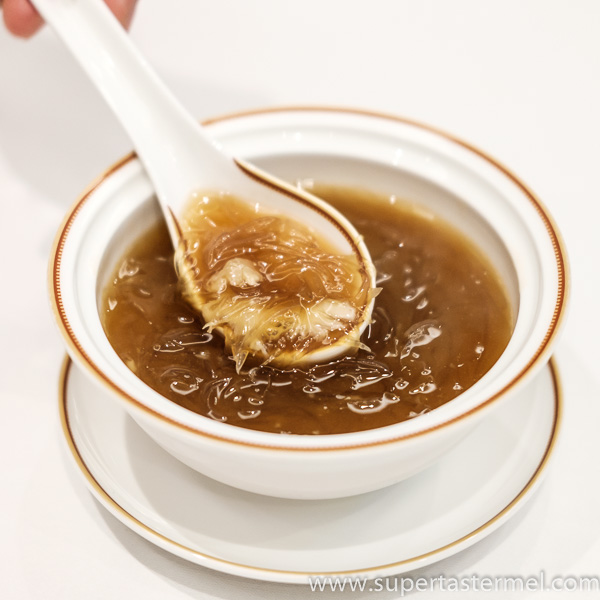 The Wok-fried Crystal King Prawn is another famous traditional Cantonese dish where the prawn gets its name from its all white appearance; it takes work and skills to remove all the skin and veins from the prawn. 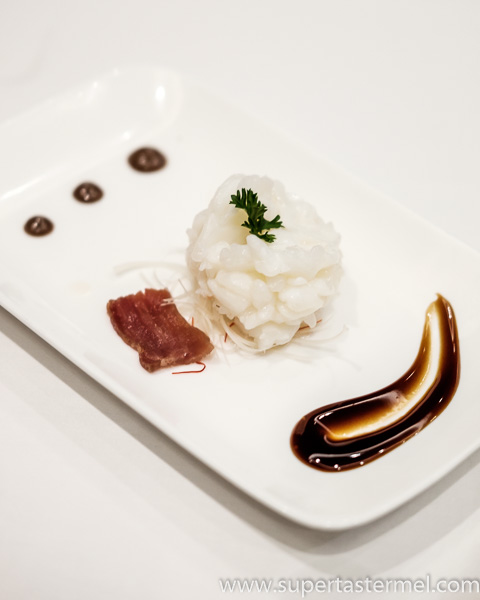 Our jaws dropped in awe when the Steamed Fresh Crab Claw with Winter Melon arrived as the crab claw was almost as big as my hand! We eagerly teared into it and the flesh gave way easily while the taste was delicate and sweet.

The Roasted Garoupa Fin with Bean Curd Stick in Sichuan Chili Sauce generated a mixed reaction from us - while we loved the spicy broth, we also felt that it overwhelmed the flavors of the fish. 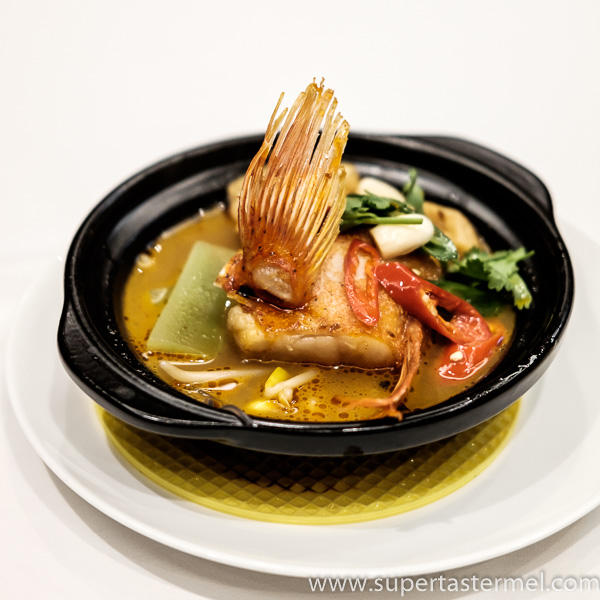 I was a bit surprised to be served the Stewed Ox Tail with Red Date and Carrot in Tomato Sauce in a Chinese restaurant and it was nicely executed - albeit the sauce was on the sweet side. 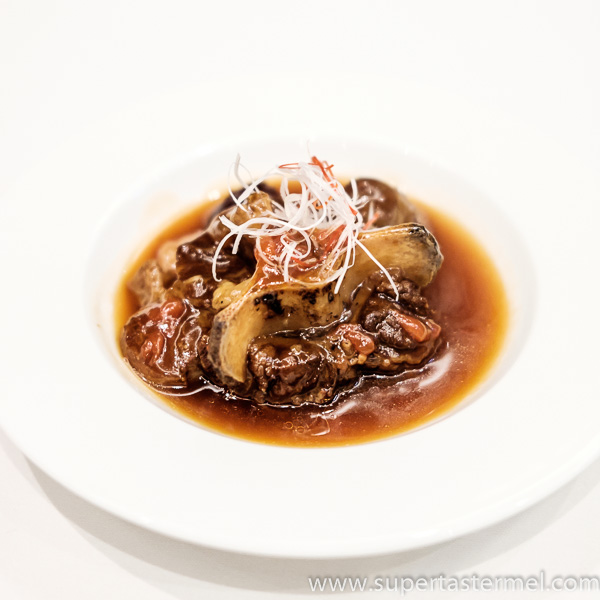 The Braised Pomelo Peel with Shrimp Roe and Heart of Green was the least impressive dish for me as the pomelo peel was too stringy while the flavors on the whole was not rich enough. 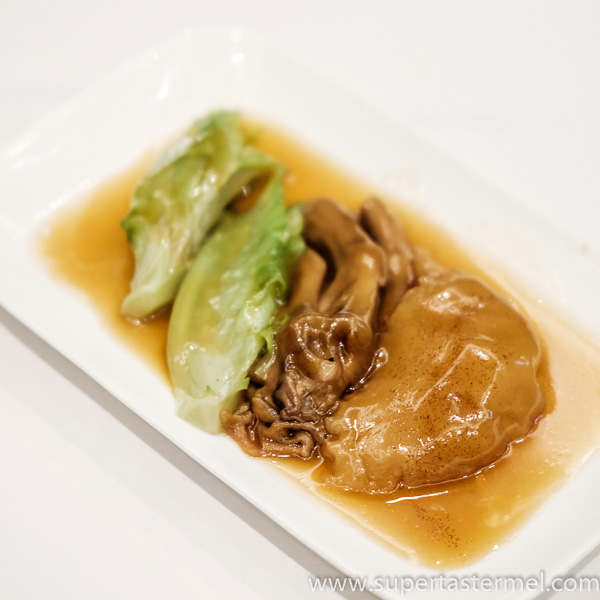 Lastly we ended the meal with a few classic Chinese desserts including a black sesame roll, sponge cake, osmanthus jelly and almond tea with egg white. 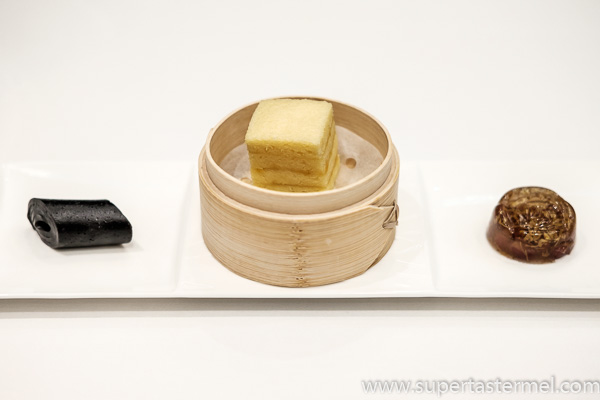 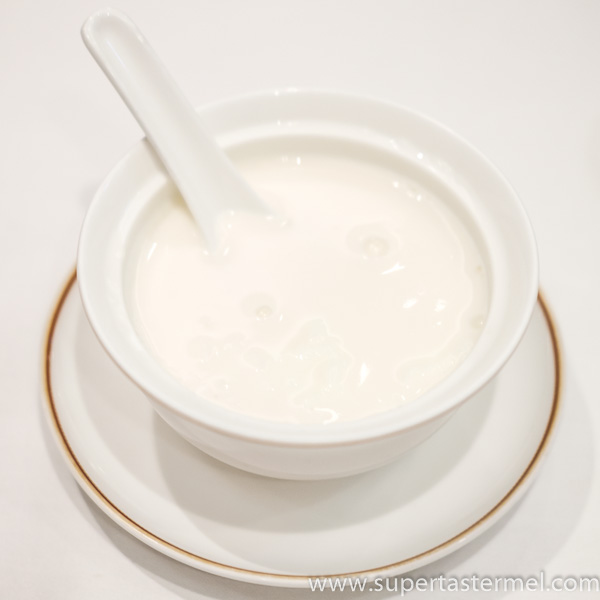