So I had no plans for lunch whatsoever when I got a text from a friend the night before asking if I was free for lunch at Quintessence in the private room, and I was like “hell yea!”. Reservations are known to be tough here - the chef Shuzo Kishida trained at L’Astrance in Paris before opening Quintessence in 2005, and it is widely considered the best French restaurant in Tokyo with 3 Michelin Stars and #18 on Asia's 50 Best Restaurants. No menu is offered (menu carte blanche) and no photography is allowed except in the private room. While I have heard mixed reviews about the restaurant, it was mostly due to the expectations of a 3* restaurant, but if you set that aside, I felt the food was classic and unpretentious without any gimmicks and over the top plating. Our party of 6 all thought that the food was impressive, but reservations may be even tougher now that the restaurant has announced that they will stop lunch service from the end of February 2019. 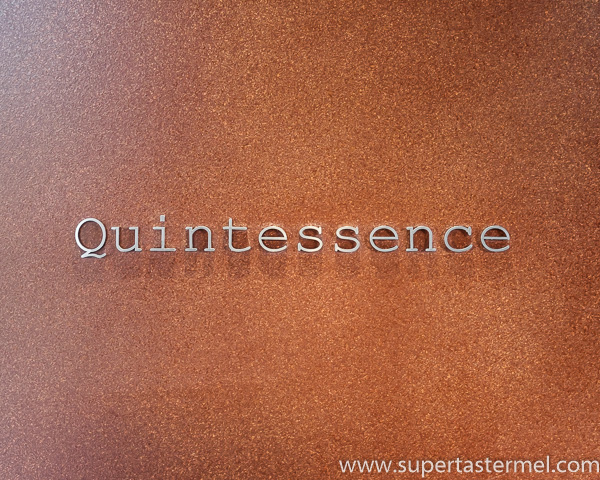 After settling down into our seats, we were handed a (blank) menu which explains the restaurant's philosophy. 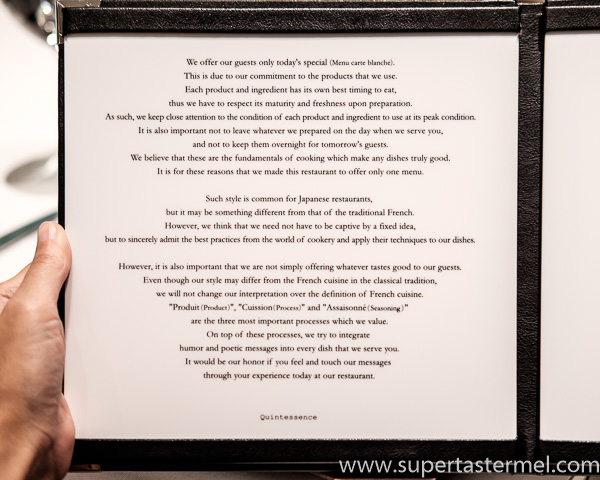 Our lunch started with this delicious and hearty Fish Soup with tako, ham, endives, garlic and onions - the soup was served boiling hot and it was a nice way to warm up from the cold weather! 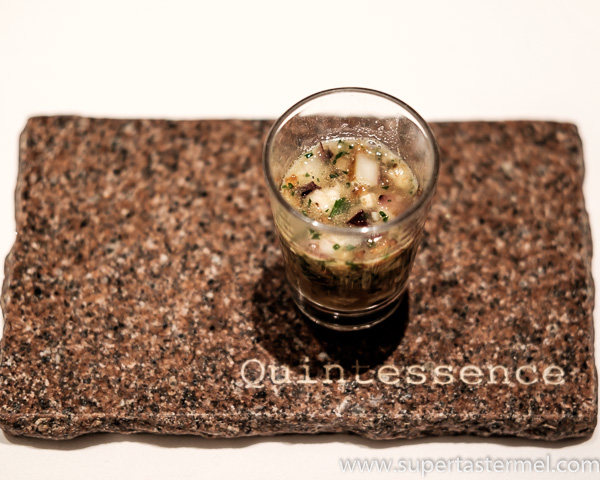 The sourdough bread was so good that we had to ask where it was from and apparently it was custom-made for Quintessence from Maison Kayser. 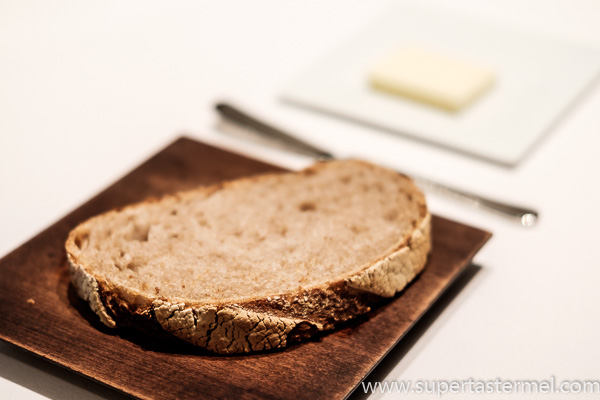 The Goat’s Milk Bavarois is the chef’s signature dish designed to showcase two ingredients – olive oil and salt, and it was amazingly delicious with its silky smooth texture while some lily bulb and macadamia nuts were added for extra contrast. 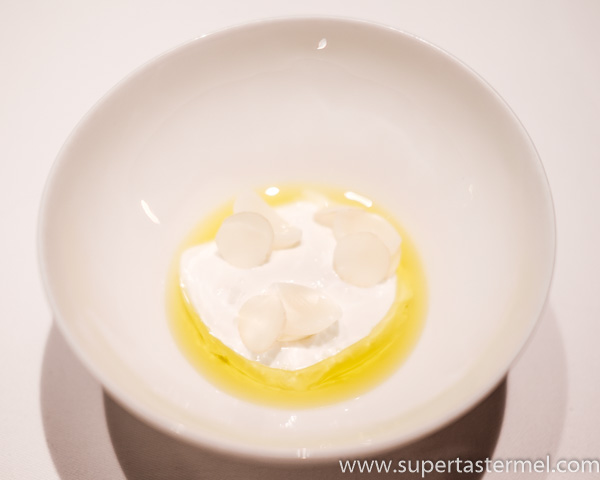 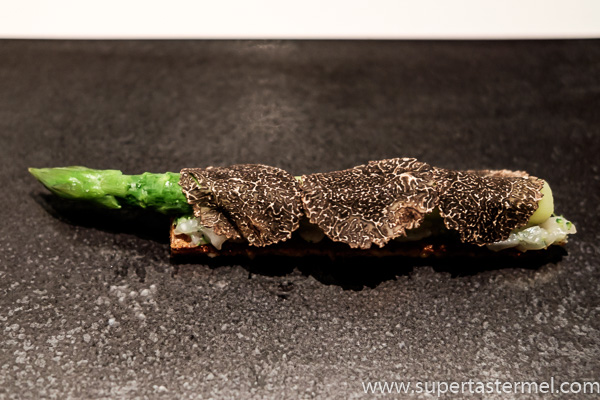 The crispy crust on the Sawara with baby Chinese cabbage was amazing here. 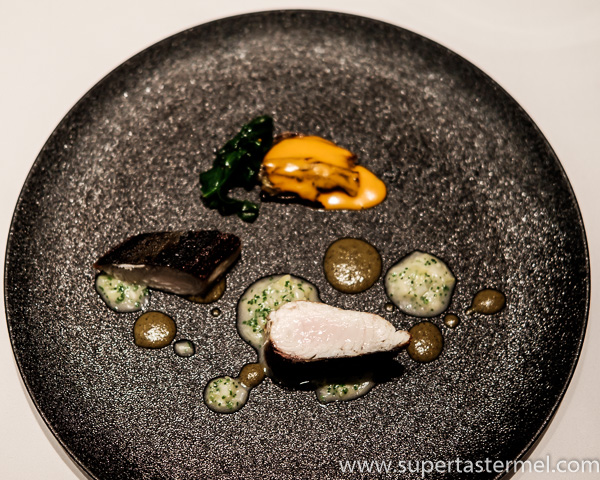 So before the served the Gunma Pork with tomato, burdock and sansho, they asked how full we are and I said I was almost there so they ended up serving me with a piece that was half the size of the others. Instant regret when I took a bite because it was so flavorful while the texture was so moist and tender! Note to self: always say you are hungry here. 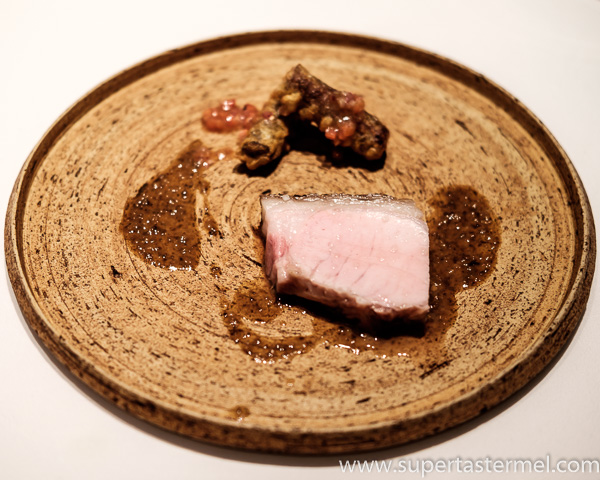 The desserts continued to impress with this Aomori Sweet Potato Tart and we all especially loved the pastry on the bottom which resembled a Portuguese egg tart. 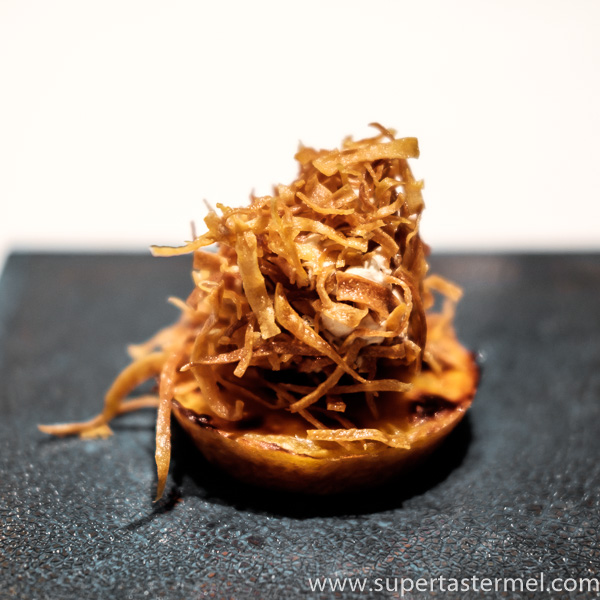 The signature Meringue Ice Cream with seawater sauce was unbelievable delicious and really the perfect ending to our meal! 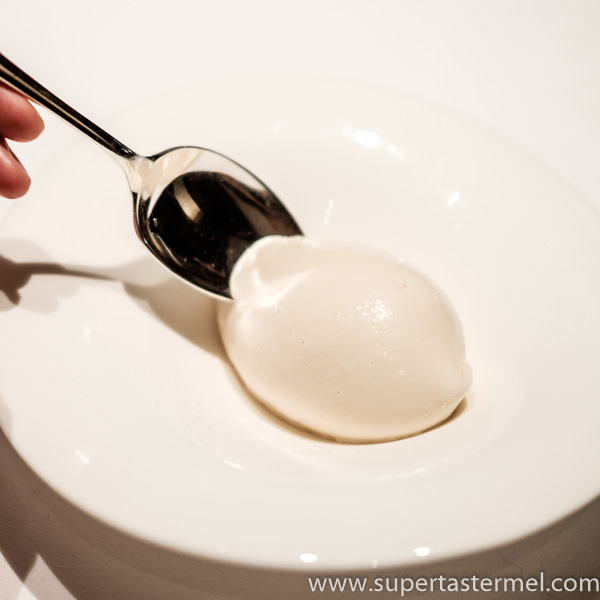 Thank you Chef Shuzo Kishida for the fantastic meal! 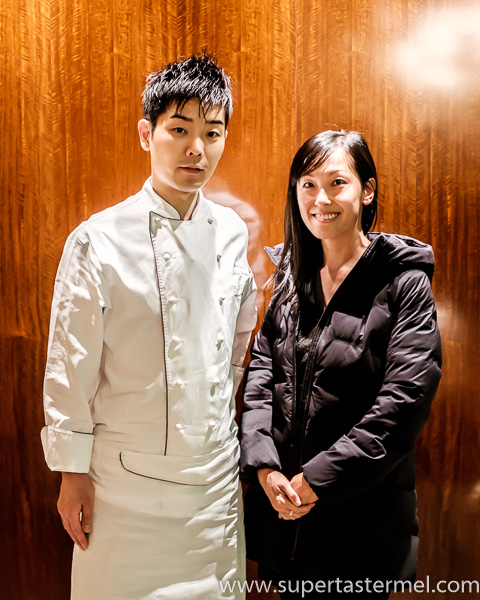