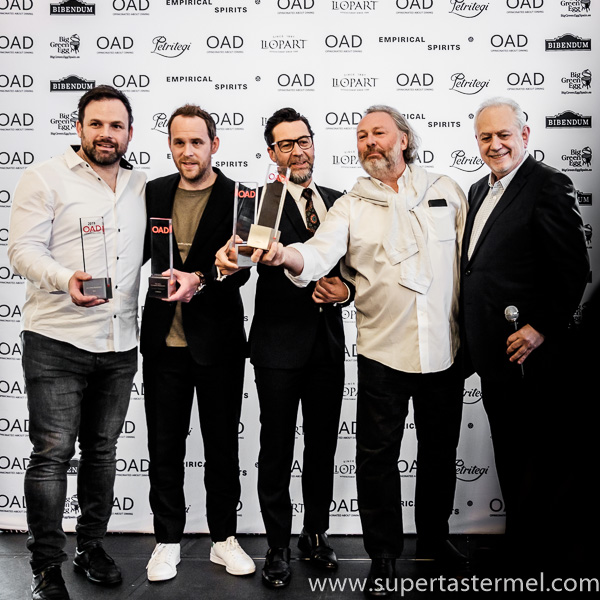 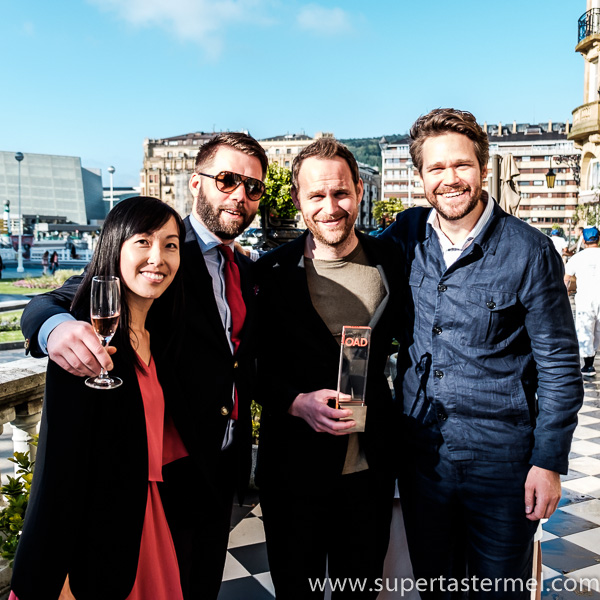 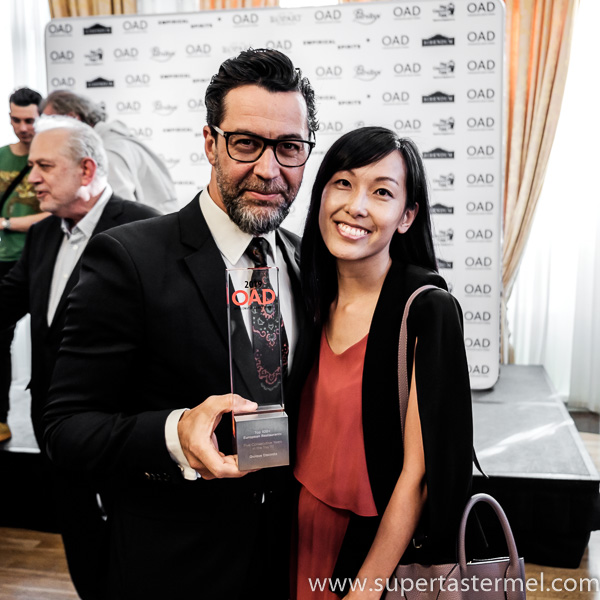 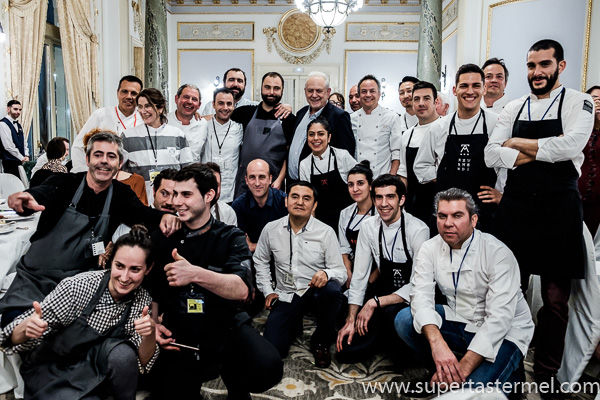 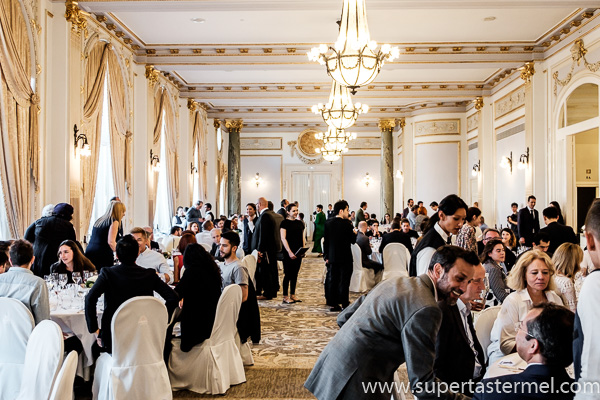 We kicked off the meal with the Gilda from Disfrutar - a contemporary interpretation of a classic Basque pintxo with mackerel, anchovies, capers and molecular olive. When I saw the dish, I immediately recognized it from my fantastic meal at the restaurant last year. 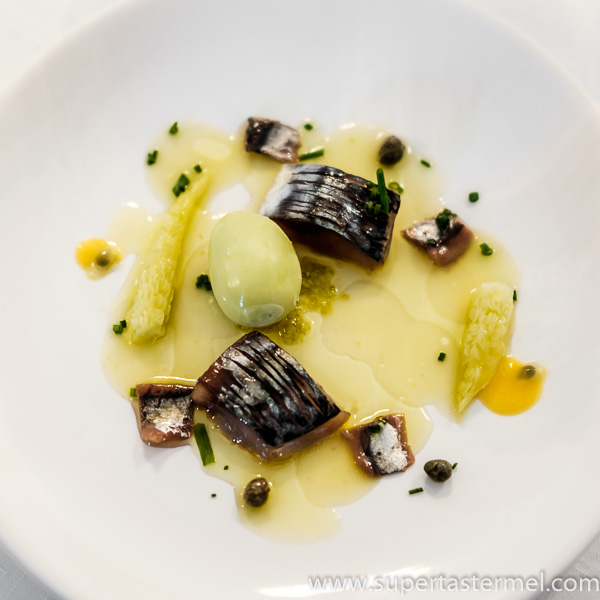 Mushroom, Foie Gras and Eggs from Ganbara which is one of the most popular pintxos bar and restaurant in old town San Sebastian. 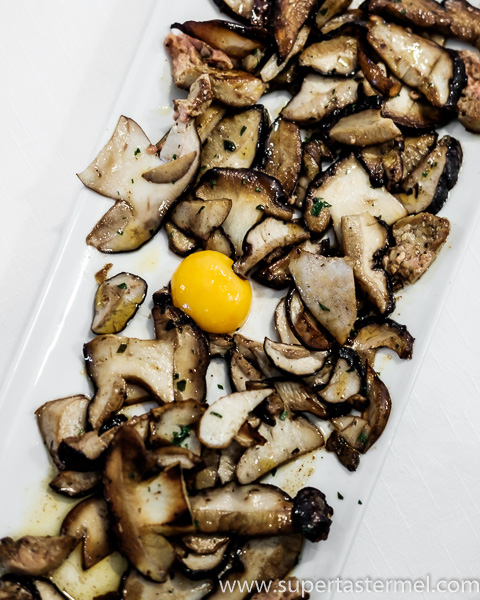 Lemongrass from Azurmendi which served as a delightful palate cleanser with its refreshing flavors. 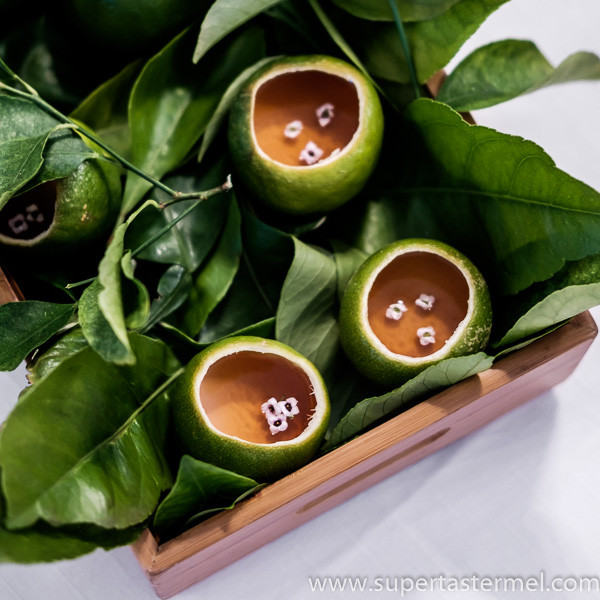 Fried Lobster from D'Berto - a famous restaurant located in the Galician region which specializes in seafood! This was one of the my favorites of the night and quite possibly the best lobster I've ever had. 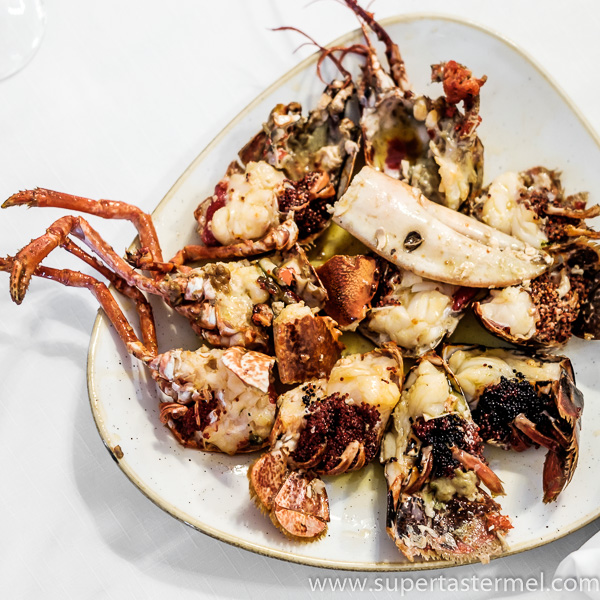 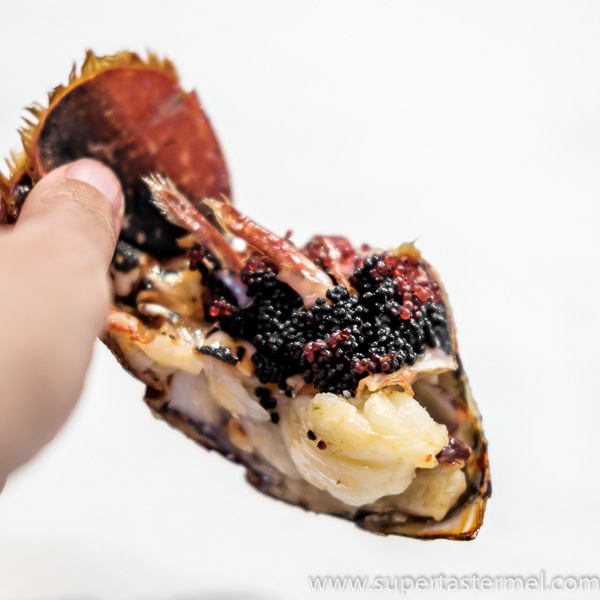 Croqueta de Arroz Negra con Aioli from Aca - the only restaurant cooking at the dinner that is not from Spain but Japan. Aca is the first Spanish restaurant to receive a Michelin Star in the Kansai region and after trying this intensely flavorful croquette, I believe a visit to Kyoto is in order! 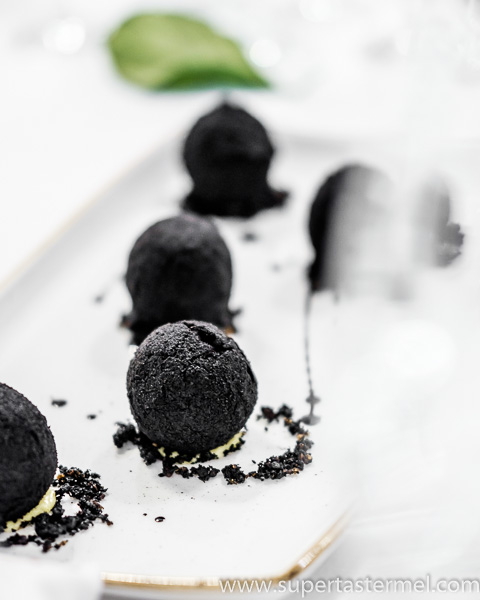 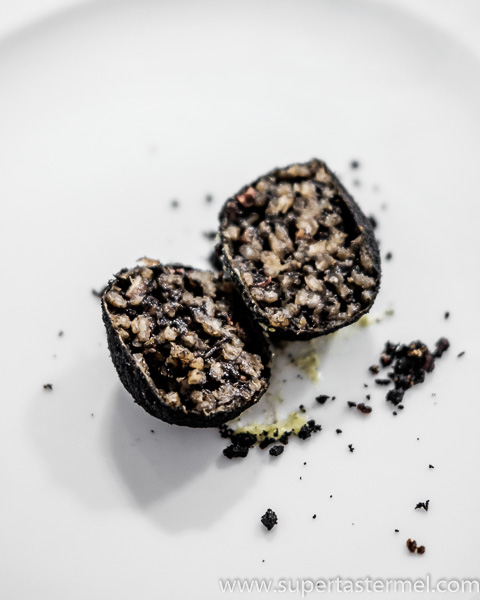 Snack with Prawn from Disfrutar 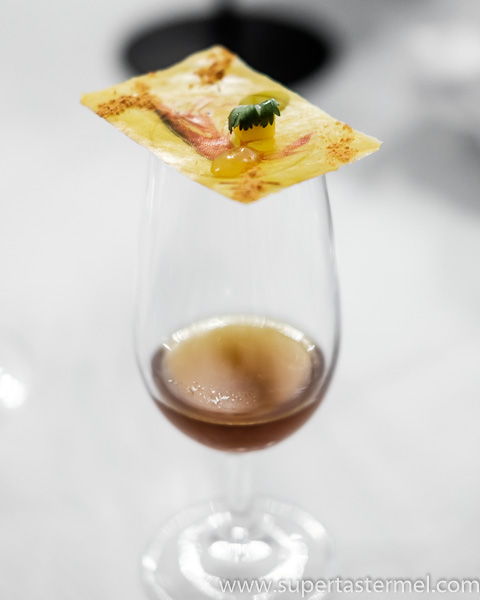 Gambas de Palamos from Rias de Galicia which is a restaurant focused on seafood in Barcelona. These prawns from Palamos were finger-licking delicious and the best part was the heads where you can suck all the tasty brains out! 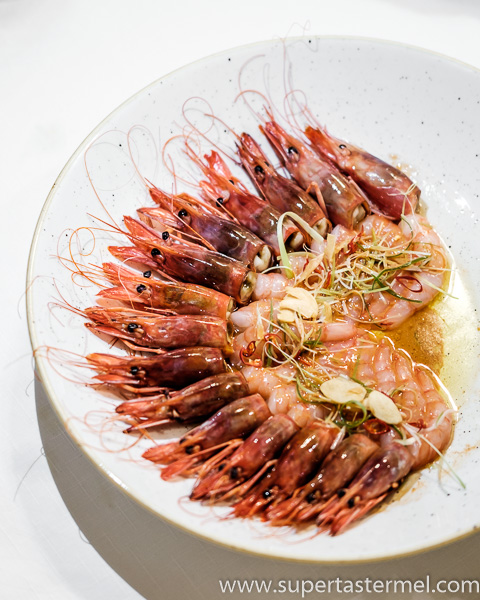 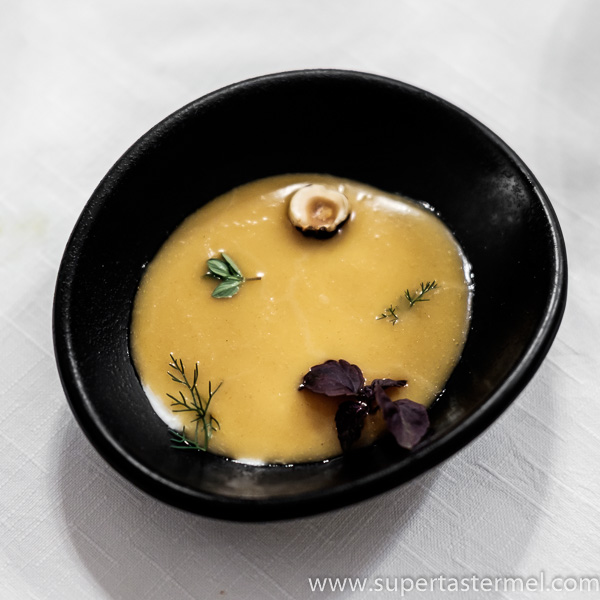 The Kingfish from Gueyu Mar was one of the three grilling stations set up on the terrace of the hotel, so we were all able to observe how the fishes were being grilled. It can be hard to cook so many fishes all at once but they did a great job given the circumstances (you can watch my video of the preparation here)! 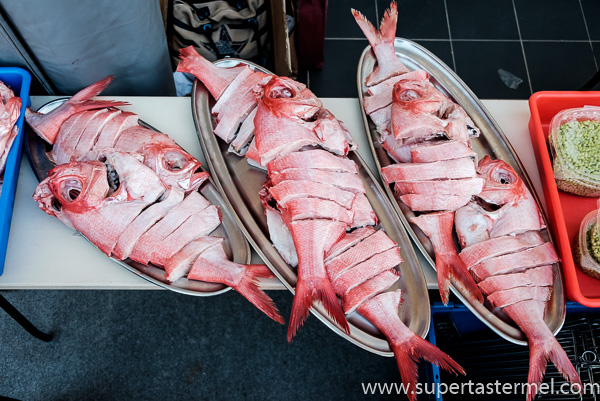 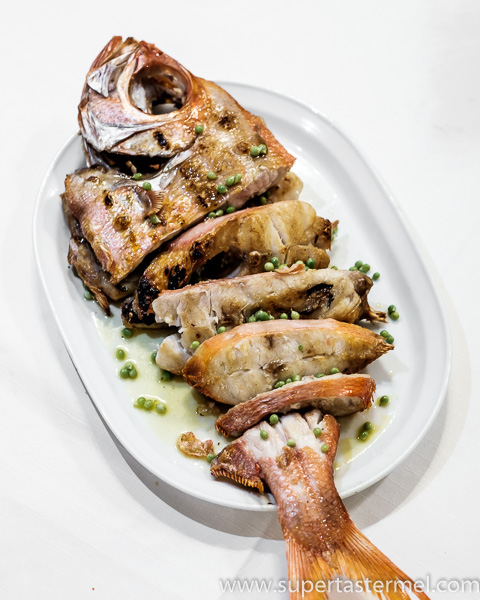 The Sobrassada from Els Casals was surprisingly good. Sobrassada is a raw, cured sausage from the Balearic Islands made with ground pork, paprika and salt and other spices, and I thought the pairing with the deliciously pure honeycomb was perfection. 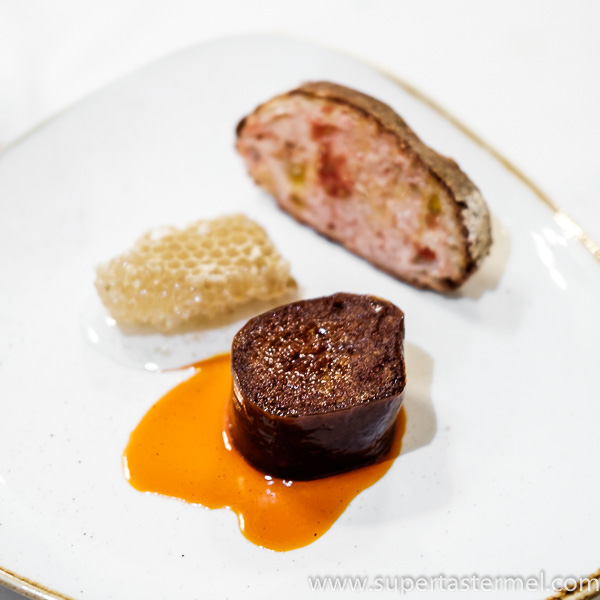 And then there's the famous signature Turbot from Elkano! The turbots were also grilled on the terrace - watch the video of the preparation here. 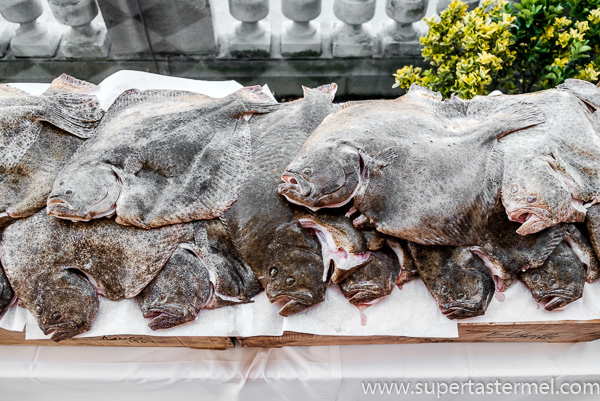 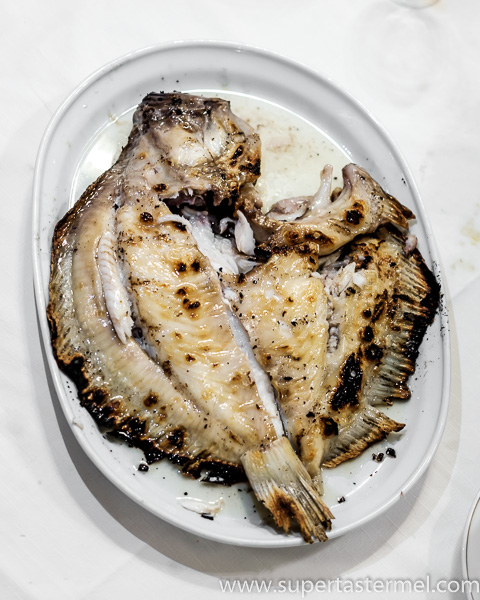 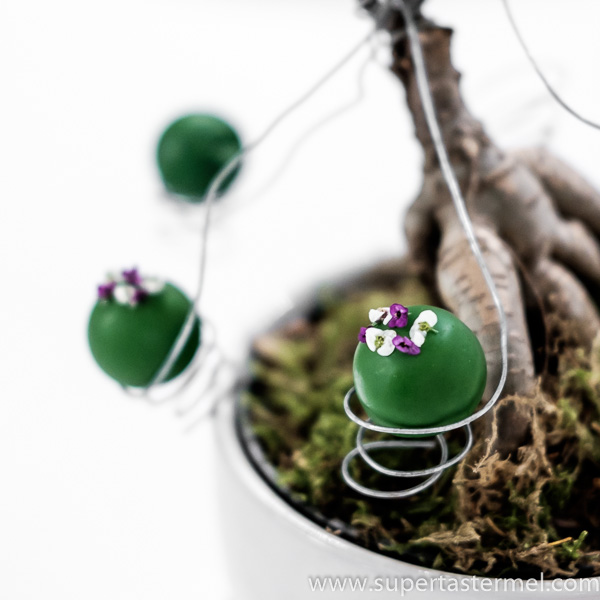 Chuleta from Casa Julian de Tolosa - a famous asador known for its thick cut T-bone steak! The steaks were cooked with a thick layer of coarse salt on top which was then scraped off before serving - watch how the steaks were grilled here. 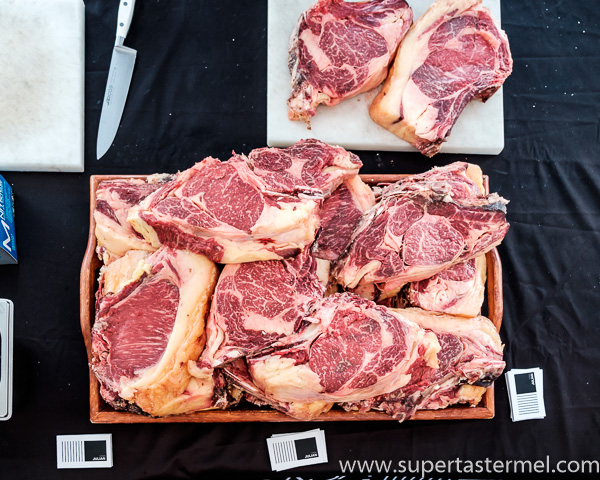 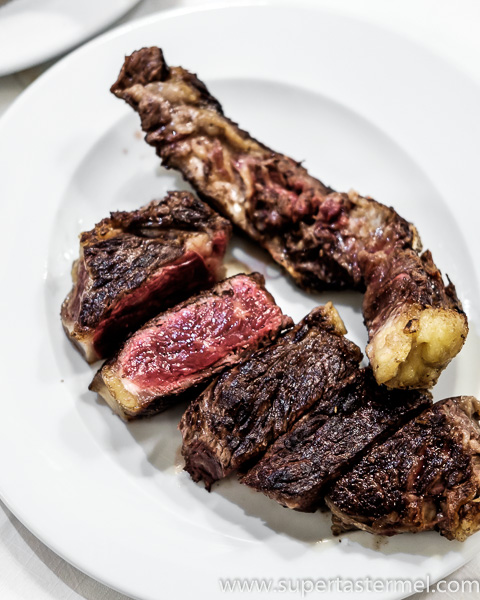 Finally we ended the epic dinner with this rich and fluffy Cheesecake from Quique Dacosta! 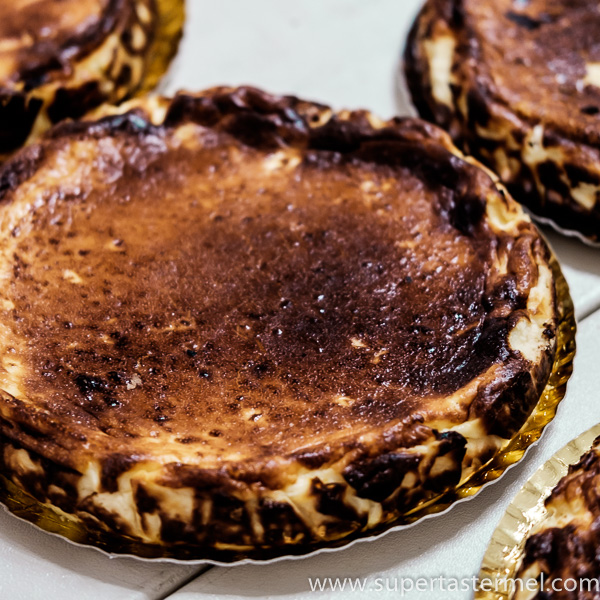 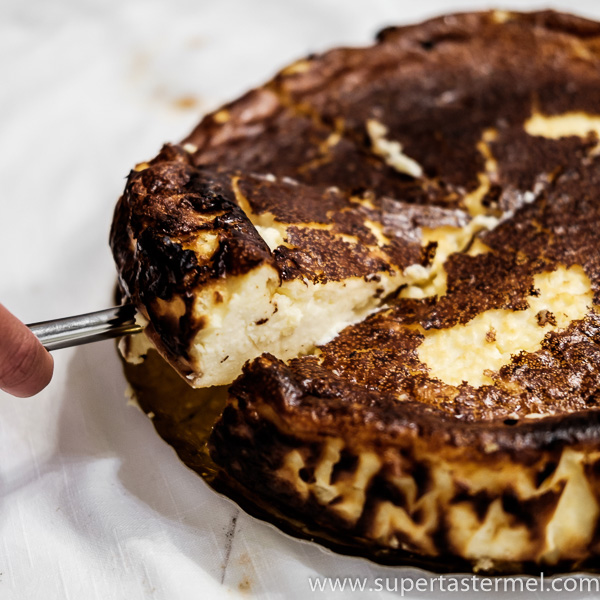