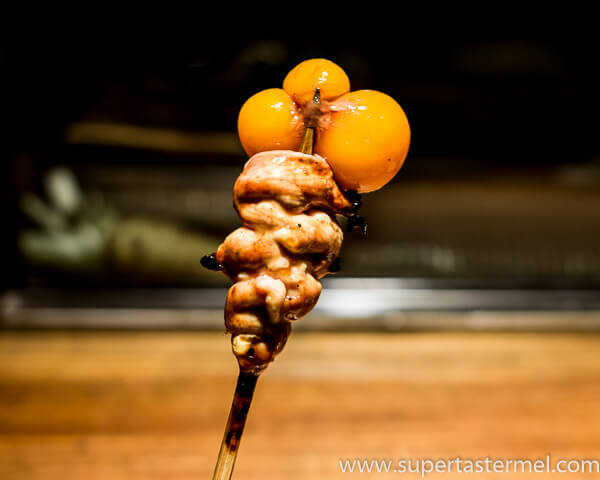 I don't know when it happened but yakitori seems to be the next hardest thing to book after sushi in Tokyo! It all started with Yakitori Shinka whom J had called earlier this year for my birthday trip in February and was told that they were all booked out for the rest of 2016 already (we thought it was some BS excuse they were giving to non-regulars even though J had been there before but apparently they are really full from what I read online). Torishiki, which is the #1 rated yakitori restaurant in Tokyo on Tabelog, requires you to call 2 months in advance and even then it's not a guarantee you will be able to get a seat. We moved down the list and were able to get seats at Toriki とり喜 which has 1 Michelin star and ranks within top 3 of yakitori restaurants in Tokyo on Tabelog. 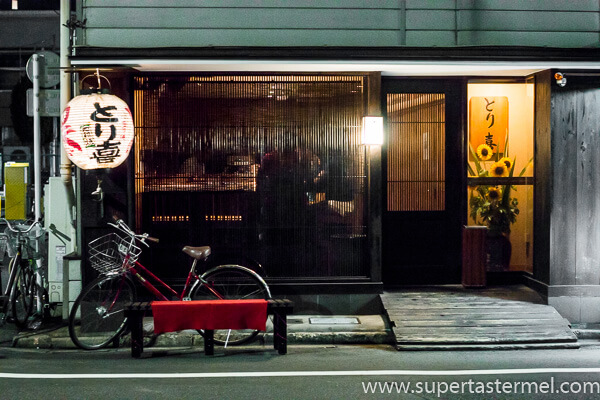 We sat at the counter so we got to see Chef Yasuhito Sakai in action at grill station. He was the only one doing the grilling so the meal took a long time - to the point where we had to catch the last train back home! We had the omakase which included 12 skewers of chicken and vegetables with the option to order a la carte as well. 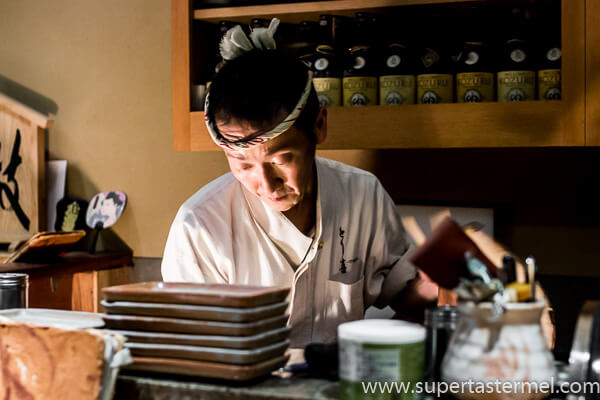 In general, the yakitori at Toriki was top-notch and expertly prepared but our experience wasn't exactly flawless either. The chef was friendly enough to foreigners and he even has an English menu, but there were several things that he did that left us with mixed feelings towards our experience. At the beginning of the meal, he launched into a speech about serving chicken breast with two options (rare and medium rare) but that he doesn't recommend you to eat raw meat. It seemed weird that he was giving us the option to choose but then not really because he doesn't recommend one of the option. We didn't want to offend him so we chose medium rare but he ended up overcooking the chicken breast. Most places we've been to would just serve the meat as they deemed best so it was rather perplexing to us and made us wonder if we should have went for raw instead.

The other thing was regarding the lack of transparency on water which the restaurant doesn't give out for free - except that they do based on how much alcohol you order. The couple next to us got free water because they ordered a bottle of wine and when we wanted some water towards the end of the meal after drinking quite a bit of umeshu, sake and beer, one of the staff spoke with the chef who inquired about how much we drank and after she recited the list of drinks we had, he thought about it and then told us that we would have to pay for water. It's not a huge amount of money but to nickle and dime your customer like this left a bad taste in our mouths to be honest.

So would I go back to Toriki? Probably not if I can find a restaurant with comparable yakitori and better service. 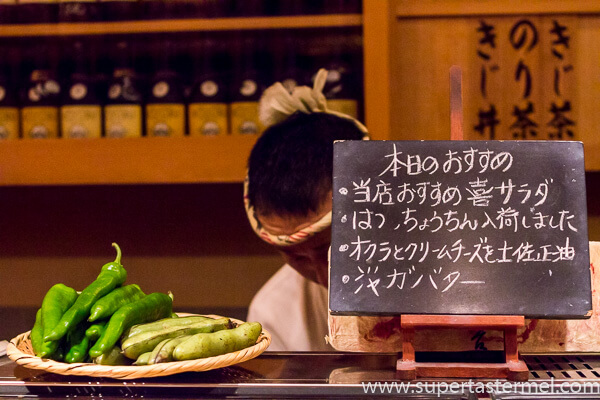 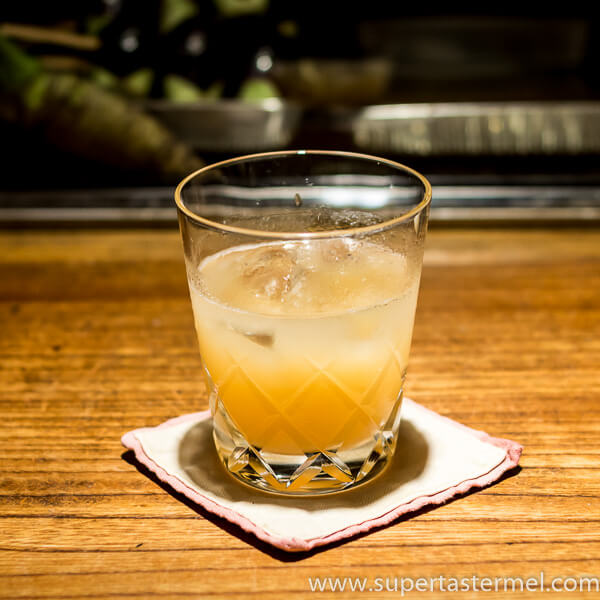 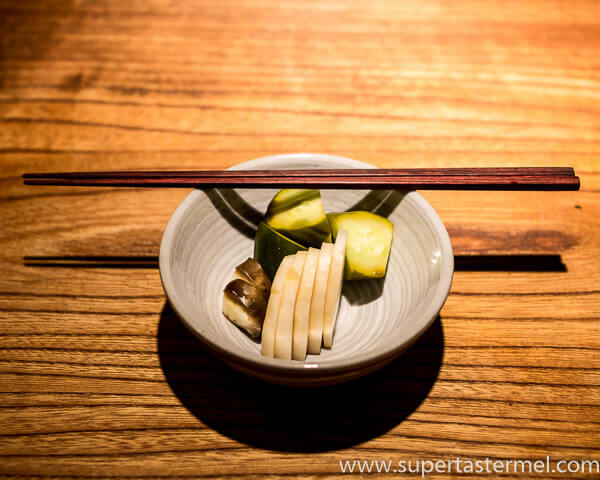 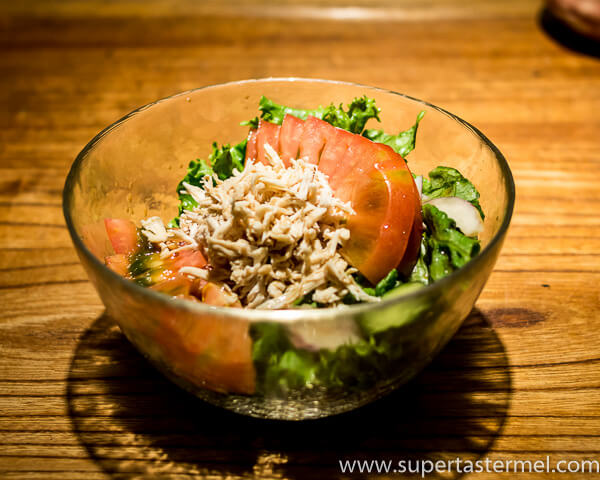 Sabiyaki - chicken breast with wasabi. This was the one that was overcooked as the chicken breast would normally be almost raw on the inside but ours was thoroughly cooked and as a result was very lean and dry. 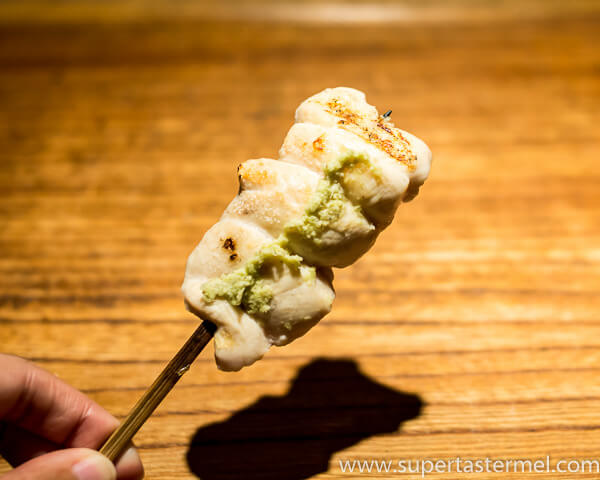 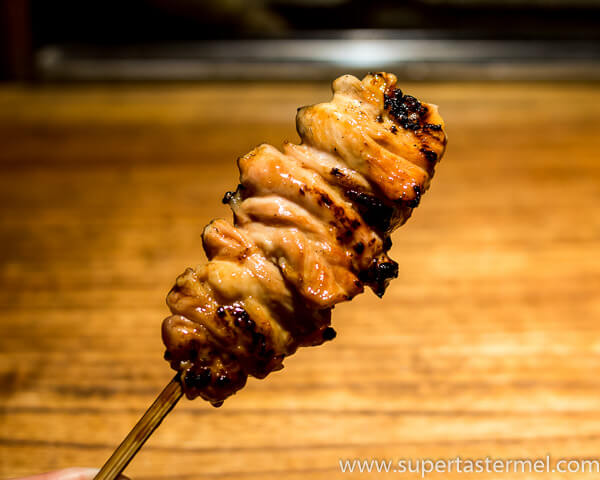 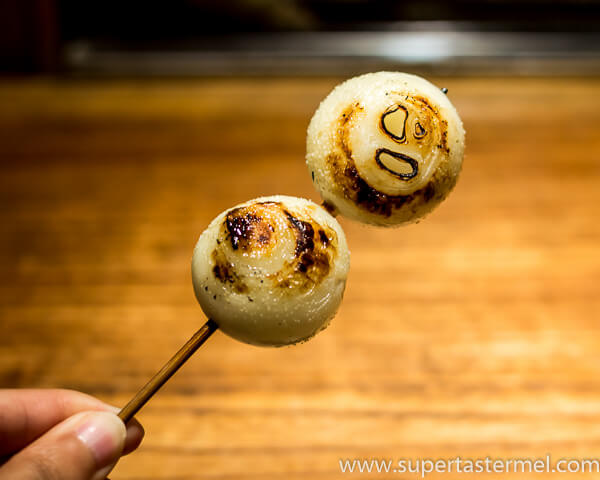 Vegetables of the day 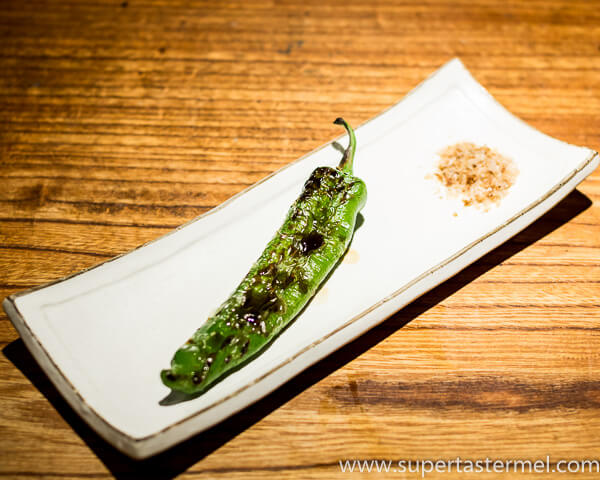 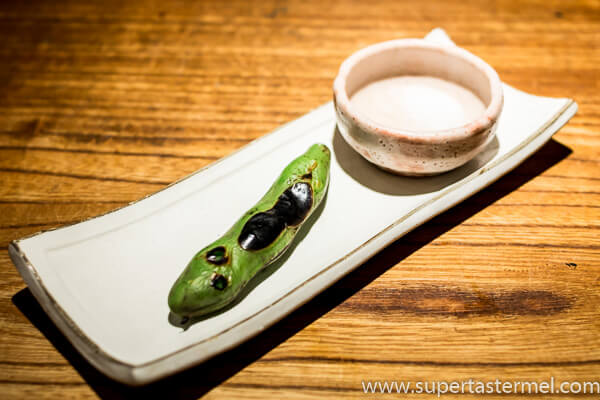 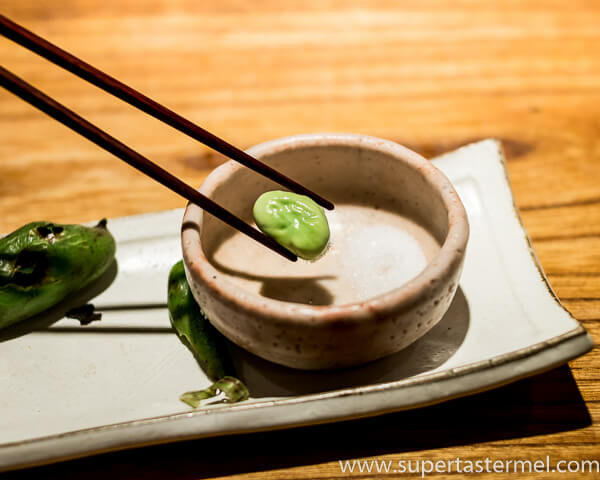 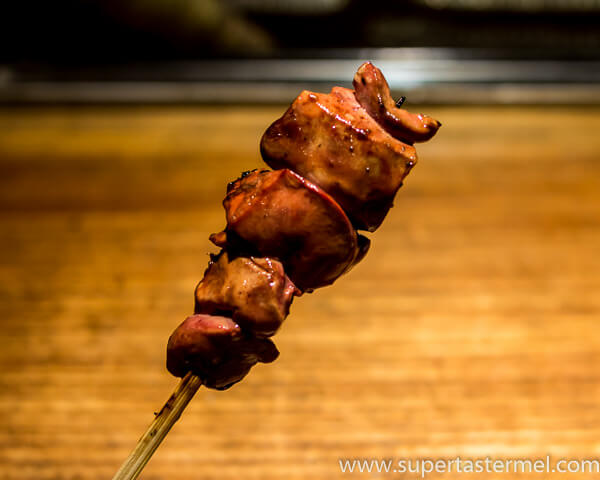 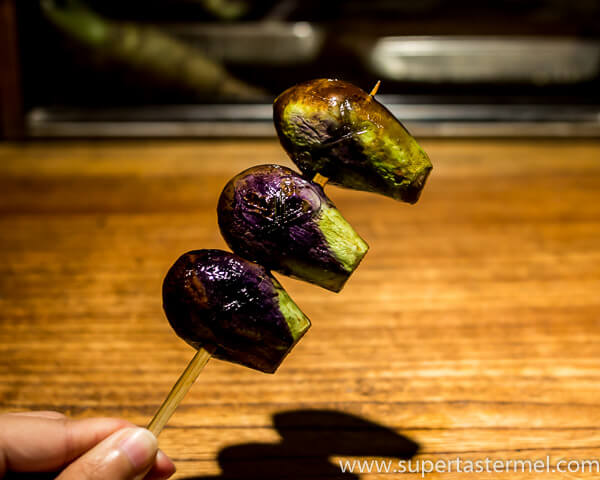 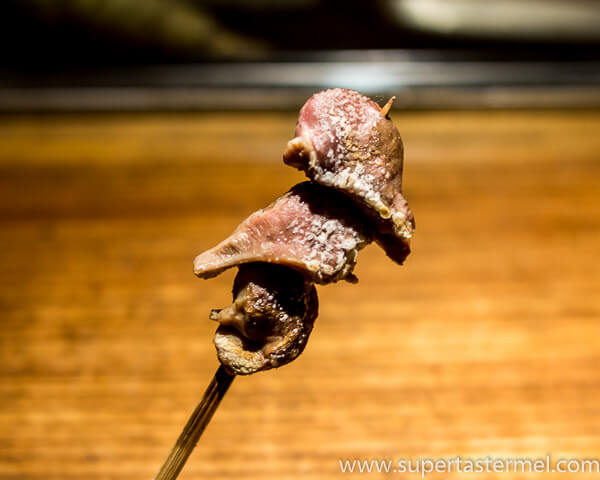 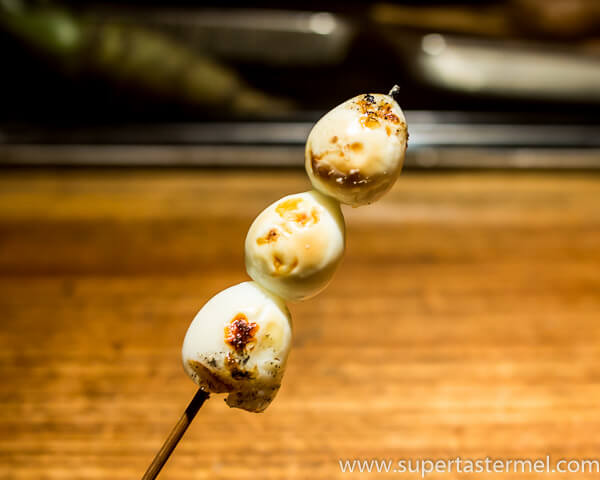 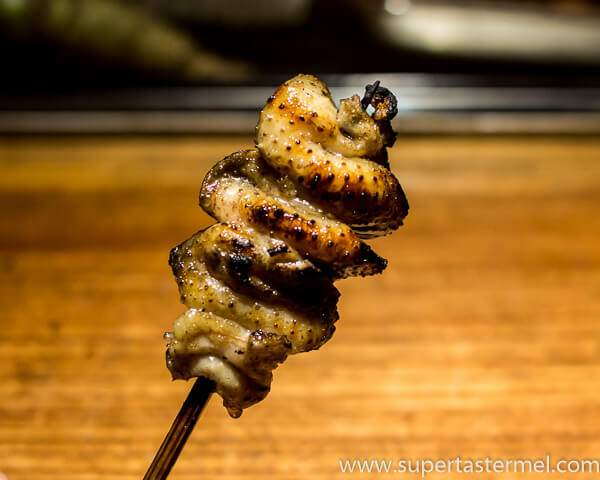 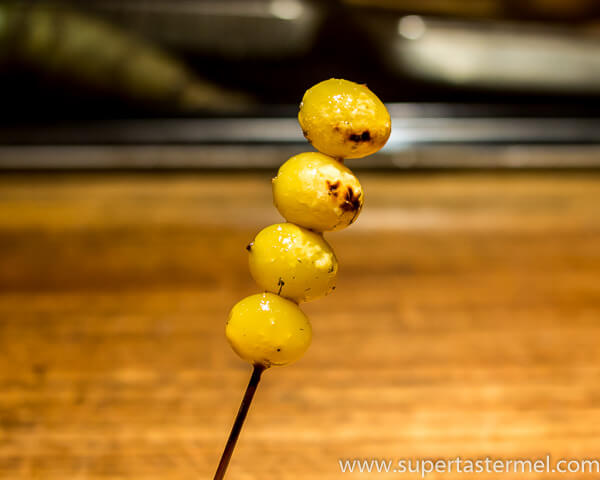 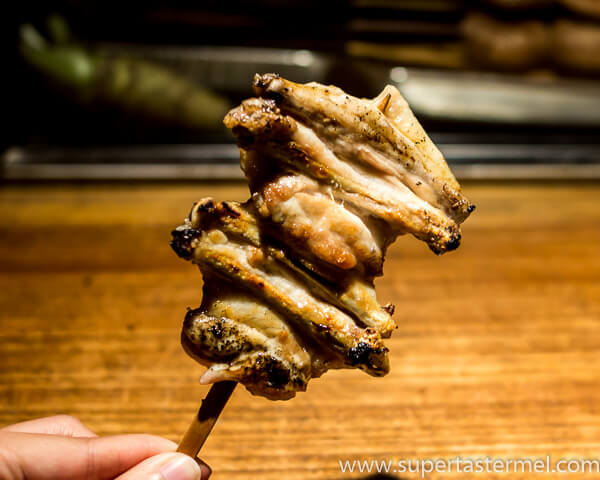 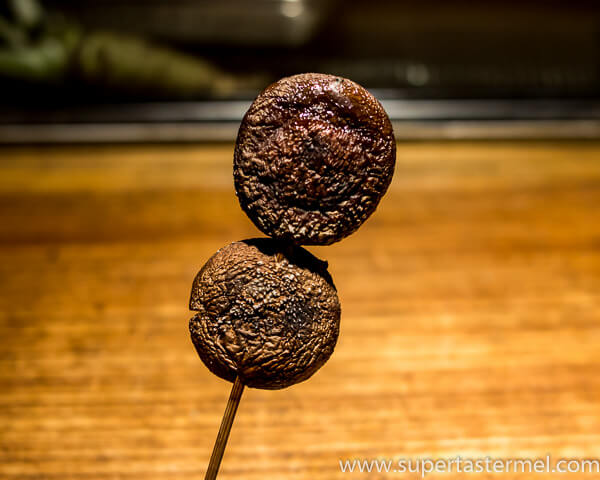 Chochin - Chicken with egg. If there is one thing that you must get here, it would have to be the chochin which is not part of the omakase. Named after the Japanese traditional lanterns, this skewer comprised of chicken meat with undeveloped egg yolks from the uterus. We were instructed to each the whole thing in one bite and it was wondrous with the warm and liquid egg yolks bursting in our mouths.

Aigamo - Duck (not chicken). We were intrigued with the only non-chicken option on the menu so we ordered this separately to try. Let's just say I'd prefer to stick with chicken next time as the thigh meat was a bit tough and chewy compared to the same part on the chicken. 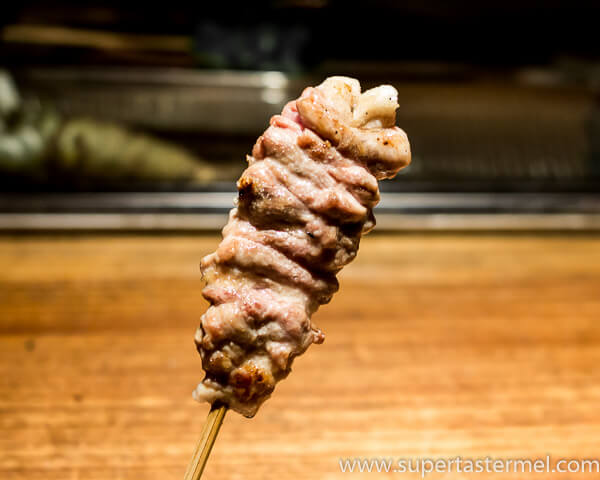 At the end, we were served complimentary desserts with ice cream but only girls get them and guys get...nothing. It was another weird policy that perplexed us and added to our mixed feelings about this place (I didn't mind but J was understandably irked!). 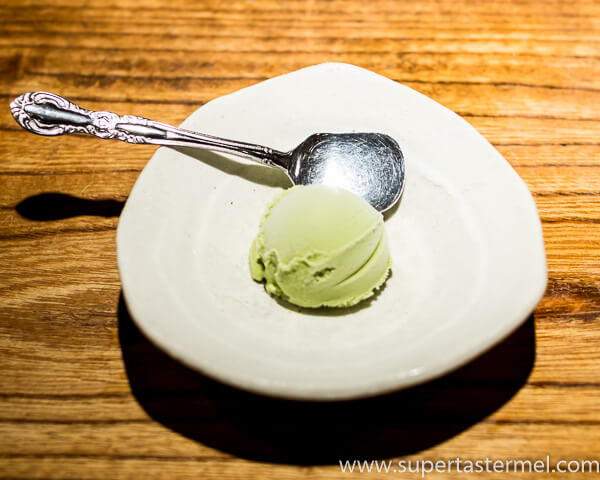