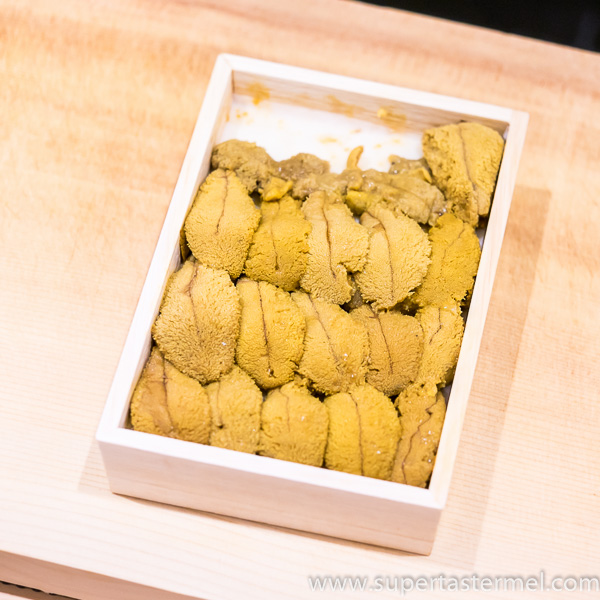 As our recent trip to Tokyo in February was rather last minute, we didn't make any restaurant reservations ahead of time and where months of planning are almost always required when it comes to Japan, most of the popular (and highly rated) restaurants were fully booked already so we explored restaurants that weren't quite on the radar yet. I had heard some good things about Sushi Suzuki from the forum on Chowhound so we decided to go there for dinner one night. We managed to get a dinner reservation when we called in the afternoon on the day of which I guess in hindsight was a telltale sign of what was to come. The chef had trained at Sushi Aoki for many years before opening up his own shop in summer of 2015 - around the same time as Sushi Ryusuke and Sushi Arai. 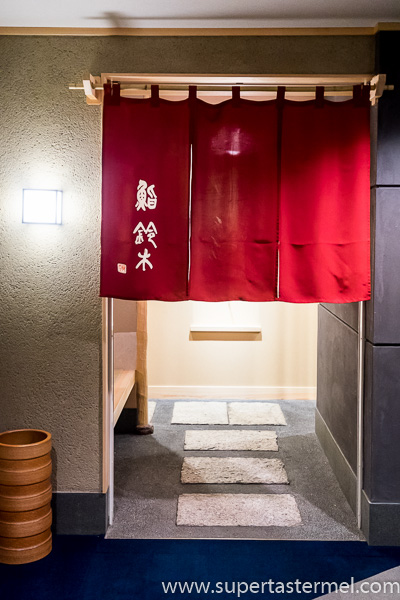 Suzuki-san was pretty friendly and runs the entire restaurant of 10 counter seats and a private room for 4 with only his wife. The restaurant was only half full when we arrived with two other local couples sitting at the counter. Overall I found the the food to be quite average - the tsumami was straightforward and not that creative while the nigiri was a mixed bag. His shari (rice) was actually very nicely seasoned with a slightly warm temperature but his neta was not impressive at all. The akami had no taste while the sea urchin was watery - plus the ratio of neta to shari was off especially for the Kue where we had mostly fish! The high price tag of ¥30,000 per person was definitely not worth it for the quality of sushi we had. 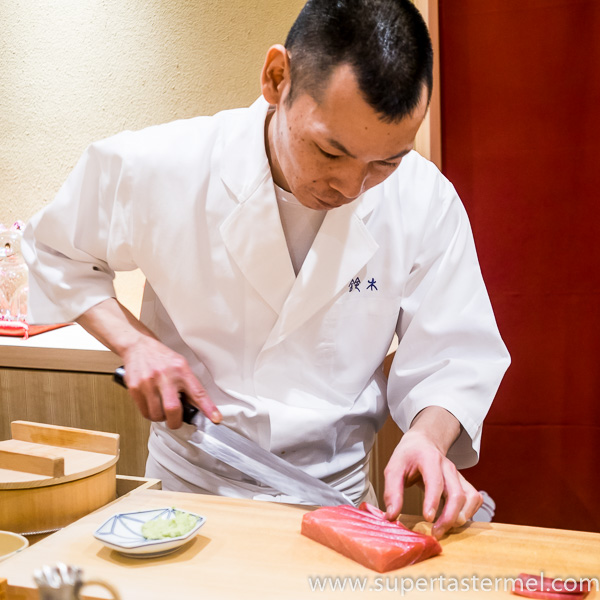 Kegani with Bafun Uni - the flavors were rather bland and the uni was watery. 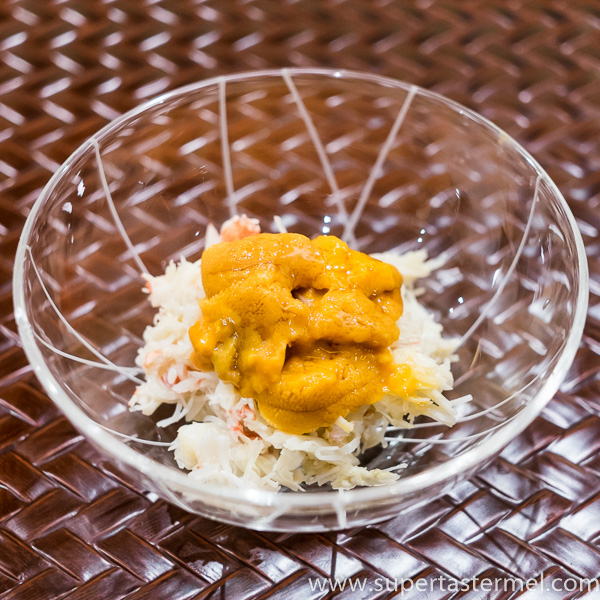 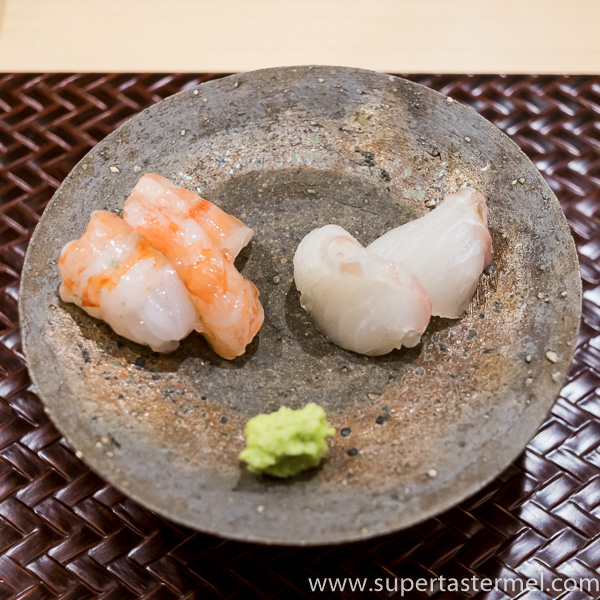 Meiji (baby maguro) with onion soy sauce - this meiji was really nice and flavorful though. 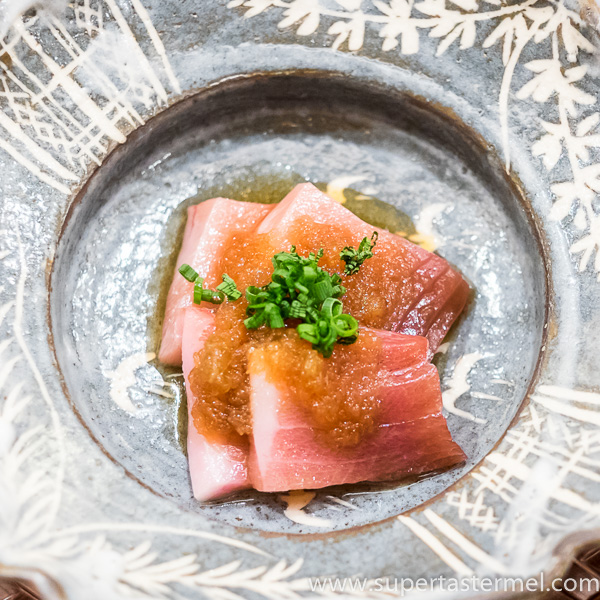 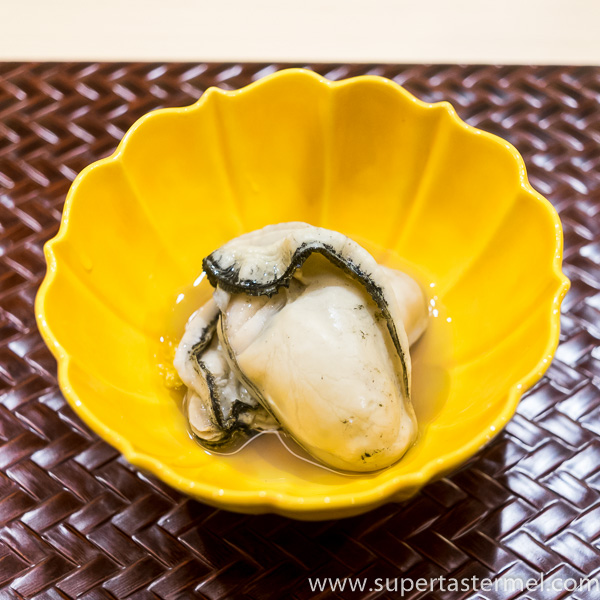 Awabi and Squid stuffed with its own tentacles 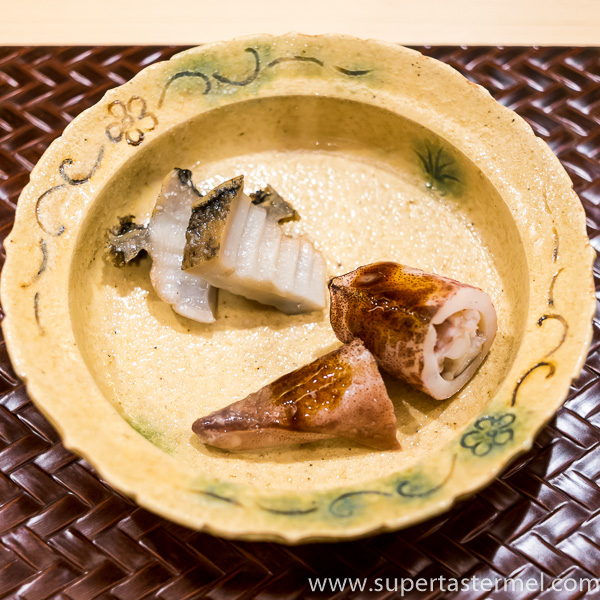 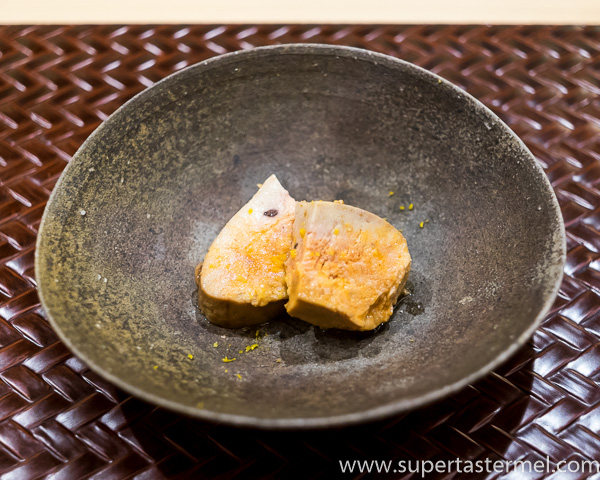 Kue - the neta here was actually very thick so the ratio of fish to rice felt pretty off plus the fish wasn't that flavorful to begin with. 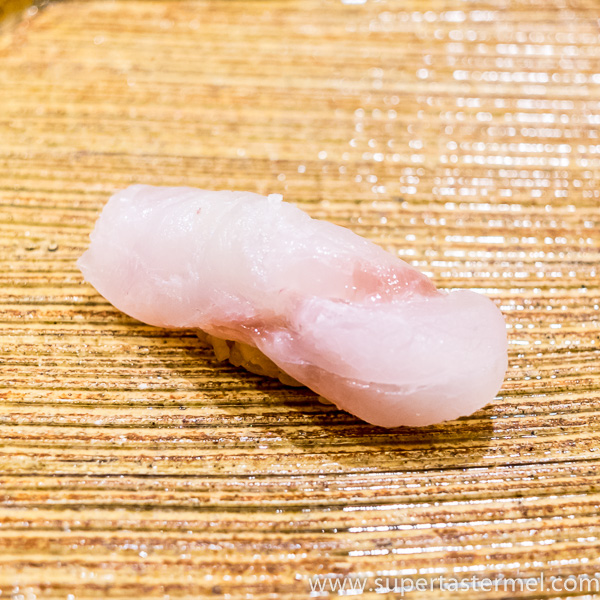 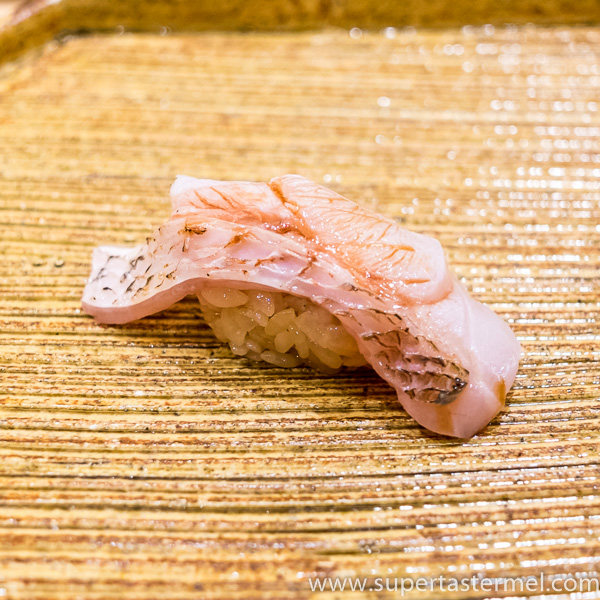 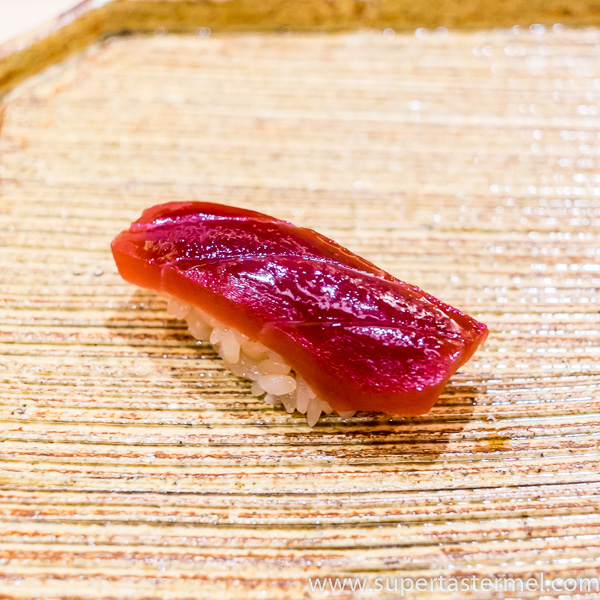 Chutoro - fortunately the chutoro was better than the akami. 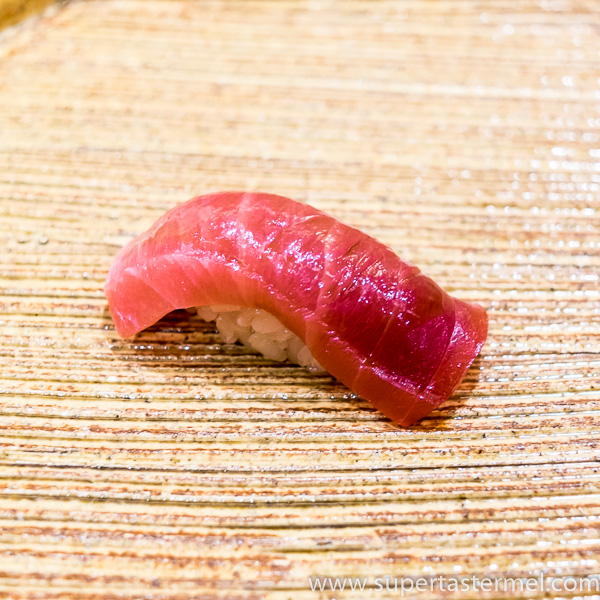 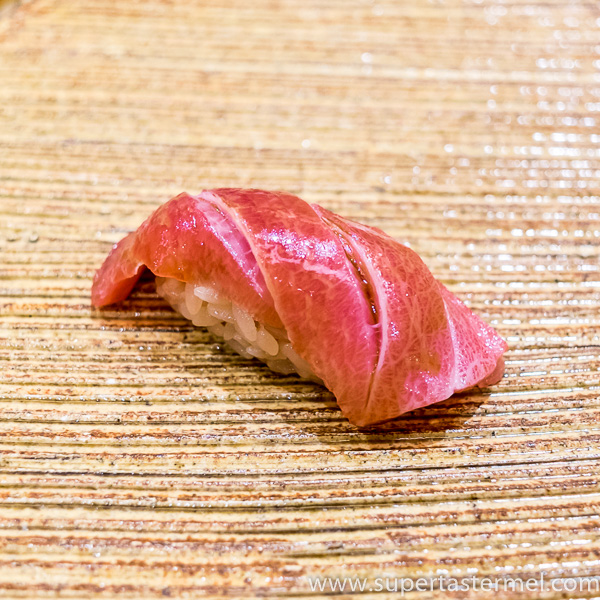 Kohada - the chef use two pieces of fish here instead of one. The size of his nigiri seems to be bigger than most so you will definitely get really full here. 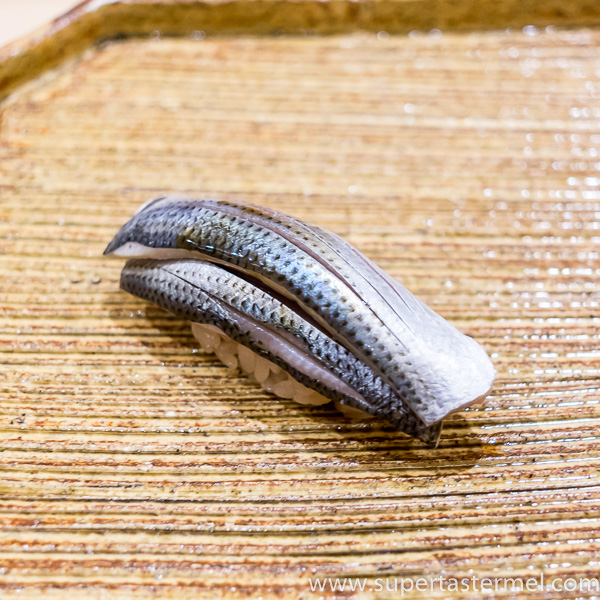 Saba Oshi Sushi - the most impressive piece out of our nigiri set. The flavors of the saba, rice and seaweed played off each other here perfectly. 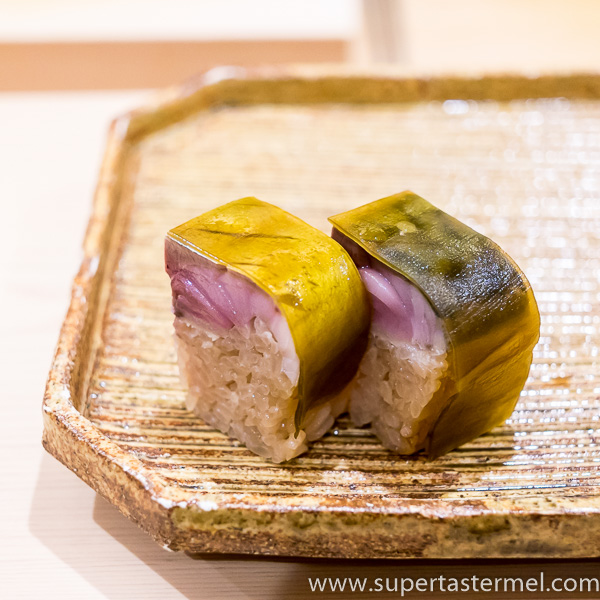 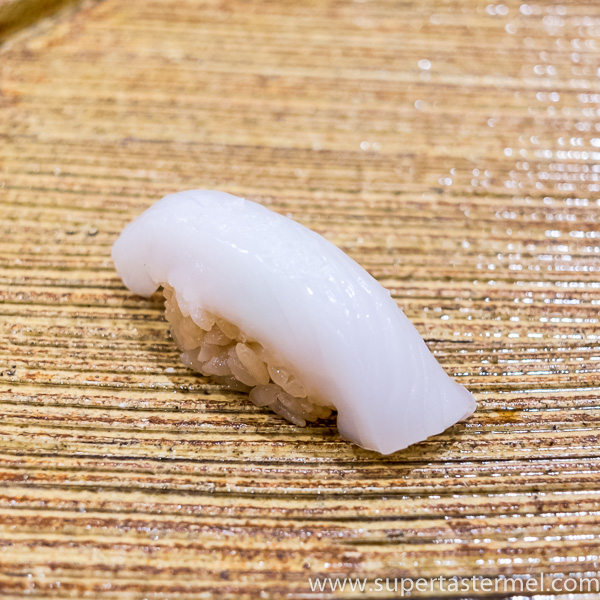 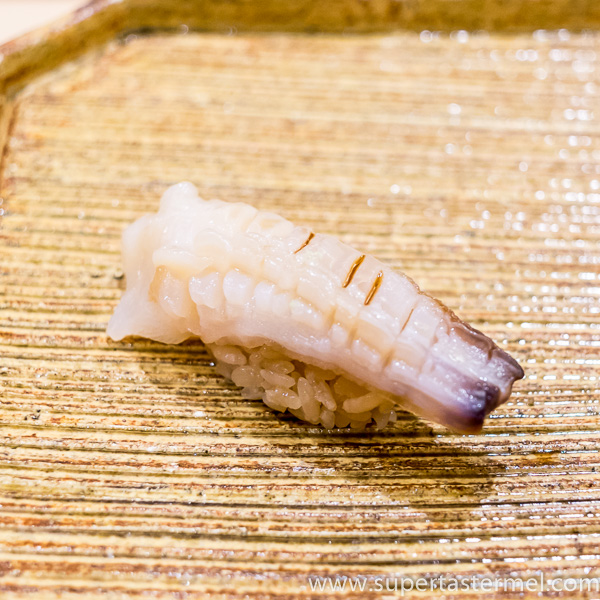 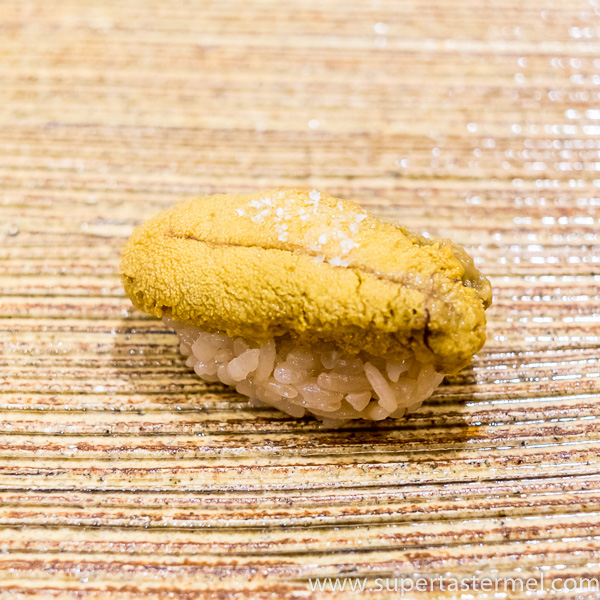 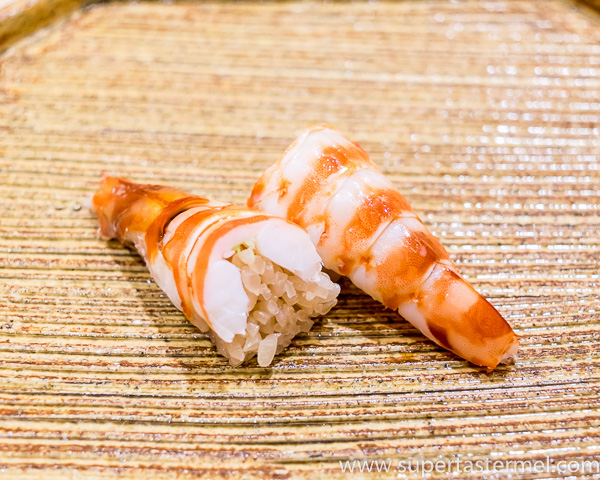 Anago with sweet sauce and salt 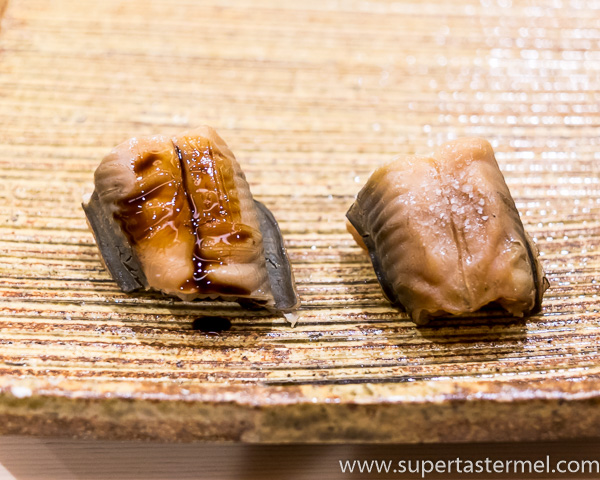 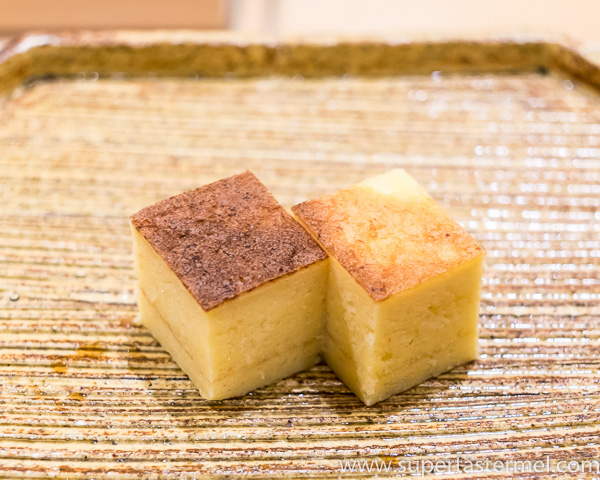 For the price, I think you'll be better off at Sushi Sho, Sushi Ya or Daisan Harumi which all charge less than ¥30,000 for omakase but offer better and higher quality sushi.