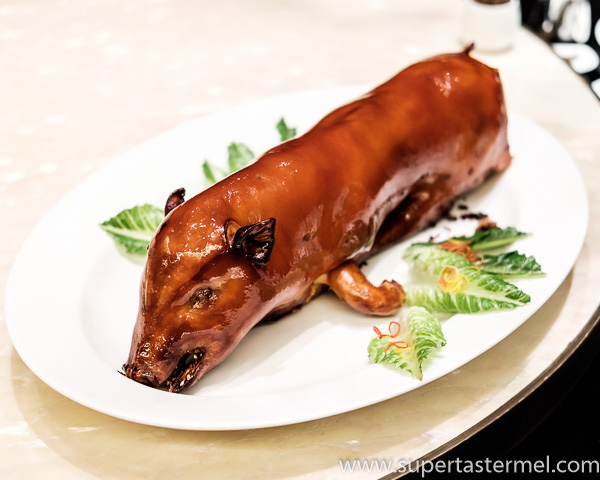 While I was at Grand Lisboa Hotel, I also got to check out the 3 Michelin-starred Chinese restaurant The Eight which turned out to be worthy of every star! Ever since 2014, they have held 3 stars and for good reasons - the Executive Chef Joseph Tse insists on using the best ingredients and the food is simply exquisite here. My dining companion had told me that the restaurant would be easy to spot and she was right - as soon as I stepped off the 2/F, I found the number 8 (a prosperous symbol) plastered all over the entrance. The dining room was equally grand with a giant crystal ball hanging over a pool of water to form a figure 8 with its reflection. With over 150 dishes to choose from, we ended up trying a few selected signature dishes from the menu for our lunch. 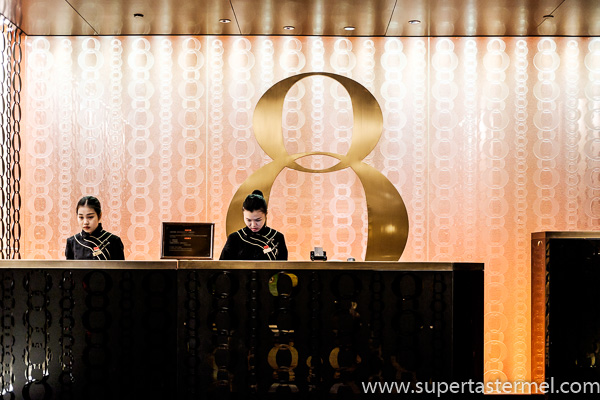 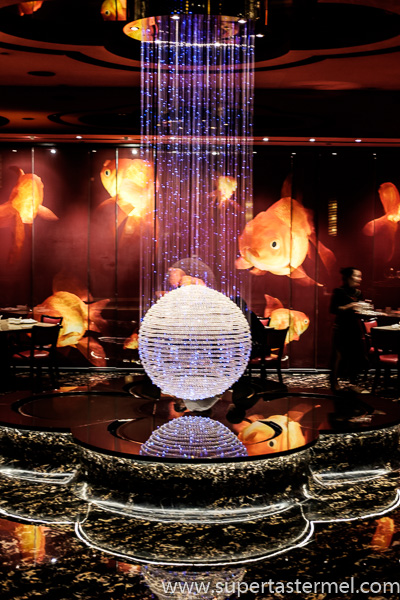 We started off our meal with a few dim sum which were all gorgeously made and not only did they look good, they also tasted great.
Crystal Blue Shrimp Dumplings in Goldfish Shape
Steamed Pork Dumpling with Abalone 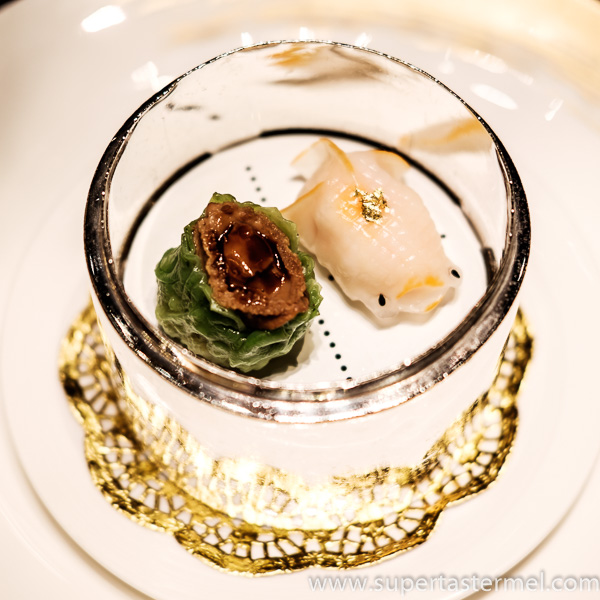 The Xiao Long Bao with Hairy Crab Roe was perfection in every way with thin dumpling skin, flavorful filling and the most amount of broth I've ever had in a xiao long bao. 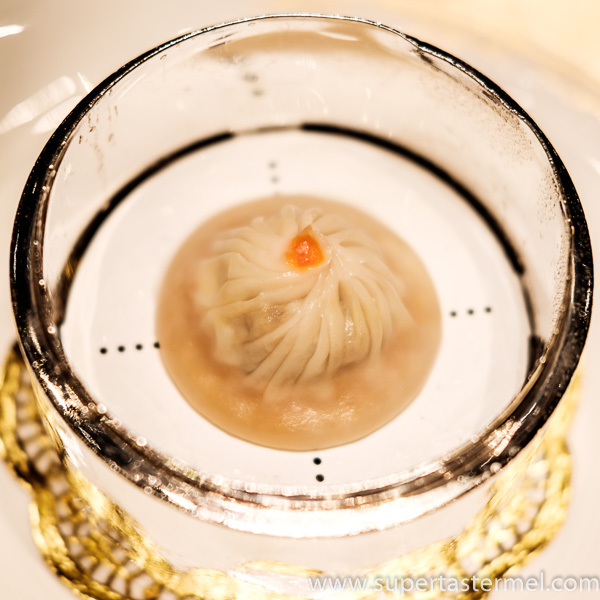 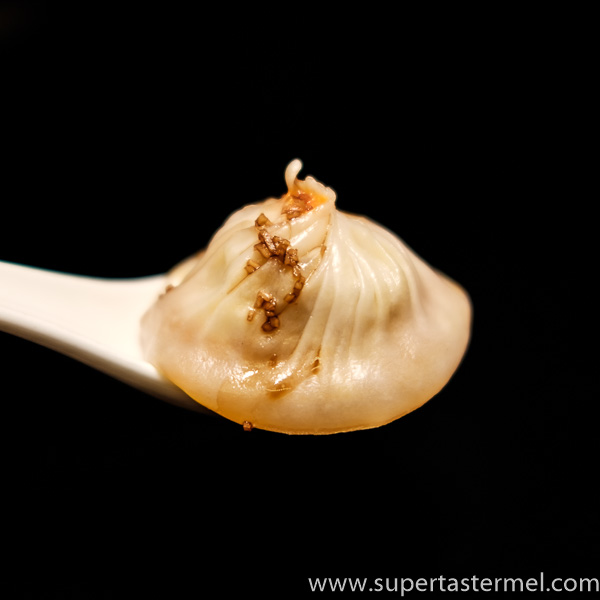 The amount of details in these cute animal dim sum were very impressive - the quills on the hedgehog bun was hand cut with scissors while the bottom had been pan-fried for an extra layer of crispiness.
Crispy Barbecued Pork with Preserved Vegetables
Baked Tartelette with Crabmeat in Curry Sauce 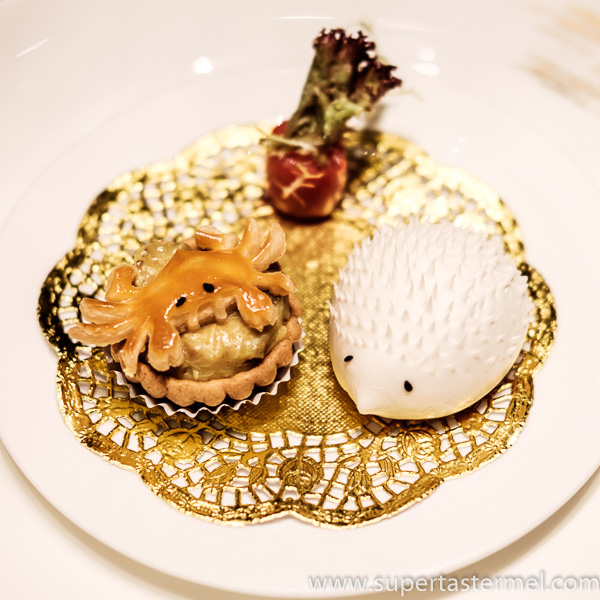 I've long heard about the legendary Honey Glazed Barbecued Pork at The Eight and it was probably one of the best char siu I've ever had! The char siu had been thick cut so every bite was chunky and meaty while the honey glaze was not too sweet unlike a lot of hotel versions out there - this is definitely a must-try here at The Eight. 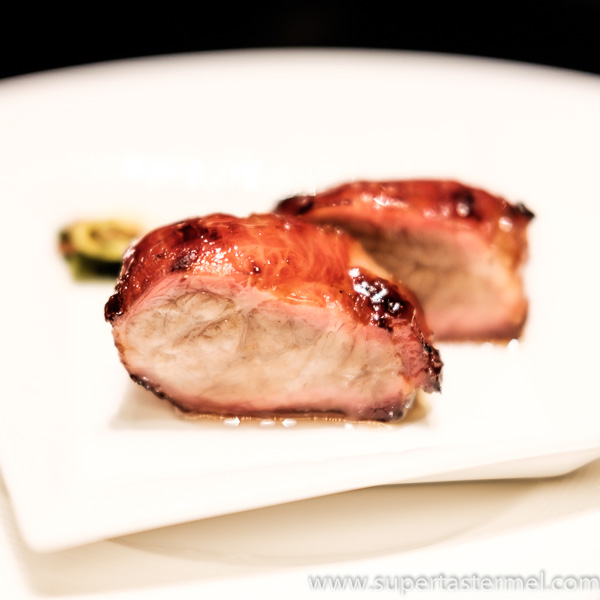 The Steamed Crab Claw with Egg White in Fish Broth was another exquisite dish which was paired uniquely with fish broth. 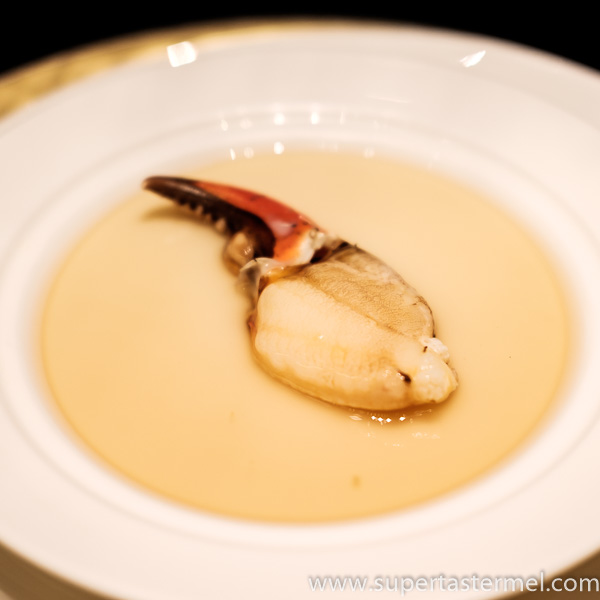 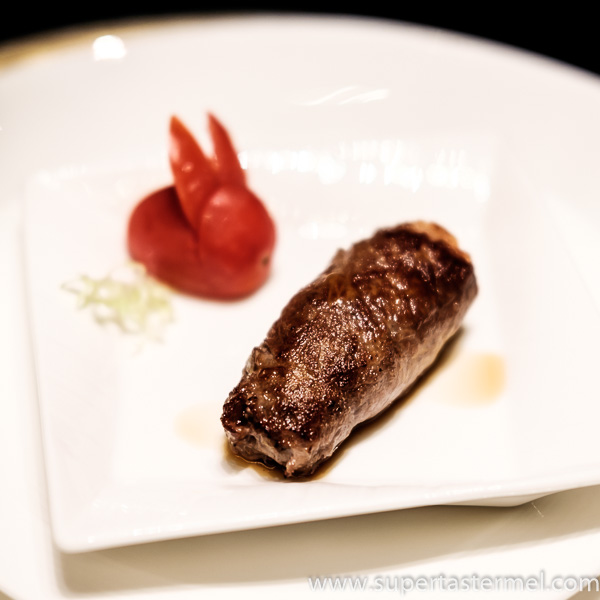 The Suckling Pig Filled with Glutinous Rice and Preserved Meat was another signature dish that I've been wanting to try and while I have tried a version of it at another restaurant in Hong Kong, this was by far better as the the suckling pig skin was super crispy while the glutinous rice was flavorful with an al dente texture. What's great is that you don't have to pre-order this dish at The Eight unlike other restaurants so give it a try if you are eating here! 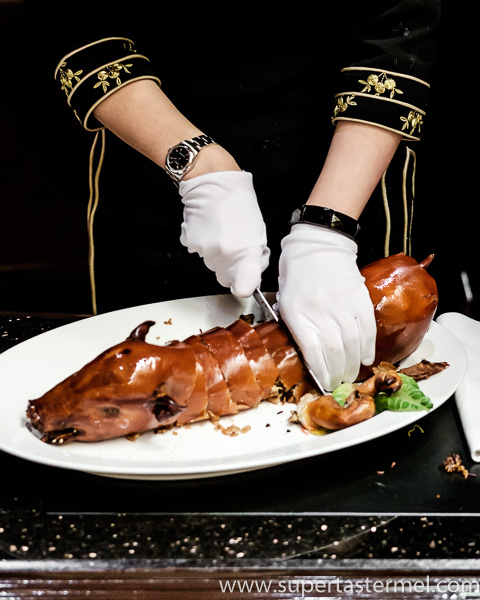 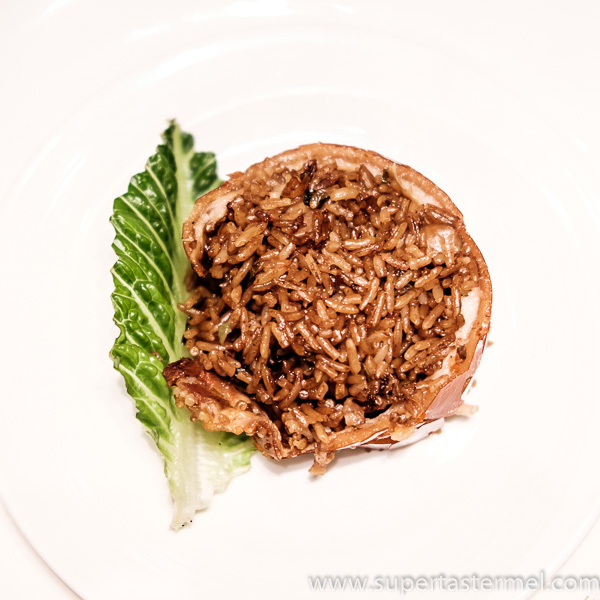 Lastly we ended our meal with a classic Chilled Sweetened Tofu Fa with Pear and Almond Juice. 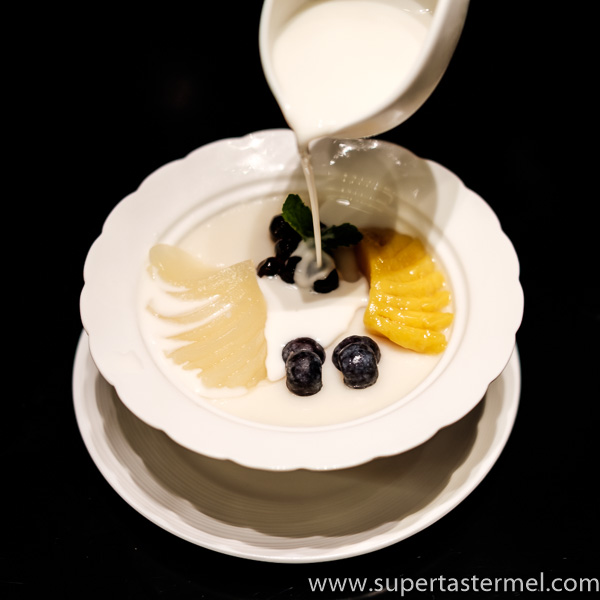 My meal at The Eight is one of my favorites so far in Macau and I can't wait to go back to try more dishes!