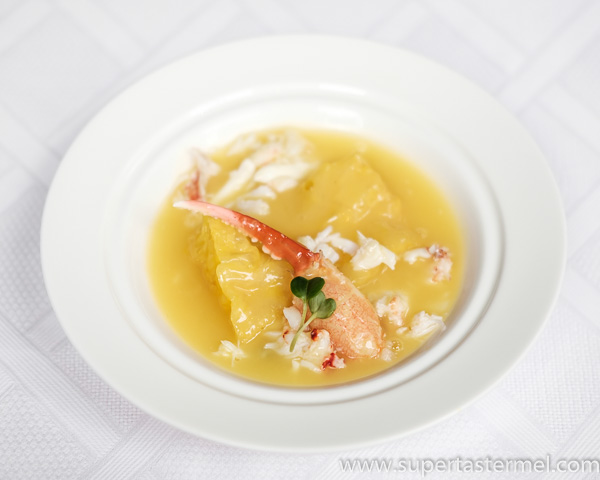 As part of our stay at Wynn Palace for the Asia's 50 Best Restaurants events, we got to try a few of the hotel's own restaurants and my favorite meal was at the 2* Golden Flower in Wynn Macau! The restaurant serves exquisite dishes in 3 regional Chinese cuisines - Tan (譚家菜), Lu (魯菜) and Sichuan (川菜). Of the 3 cuisines, I think most people are not as familiar with Tan and Lu. Tan is said to be the most representative of Chinese aristocrat cuisine, and is a fusion of Cantonese cuisine and regional Northern cuisines. Lu (aka Shandong cuisine) is considered one of the 4 great traditions of Chinese cuisine where it influenced imperial cuisine as well as modern cuisines in Northern China. Sichuan is also one of the 4 great traditions of Chinese cuisine and originates from the Sichuan province where it is best known for its bold and spicy flavors. 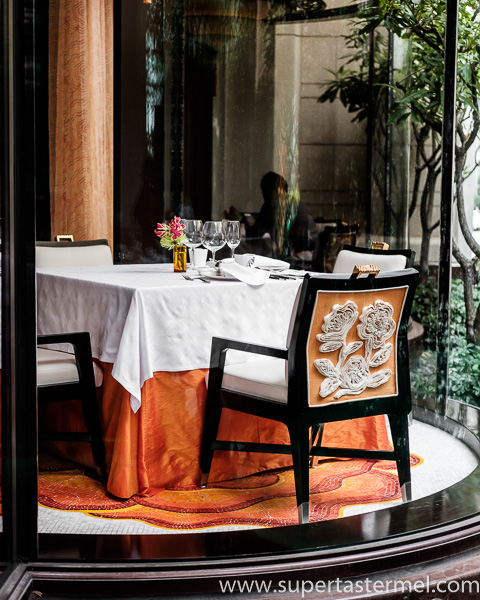 Although we had a wine pairing for our lunch, we also enjoyed tea that had been carefully curated by the tea sommelier. 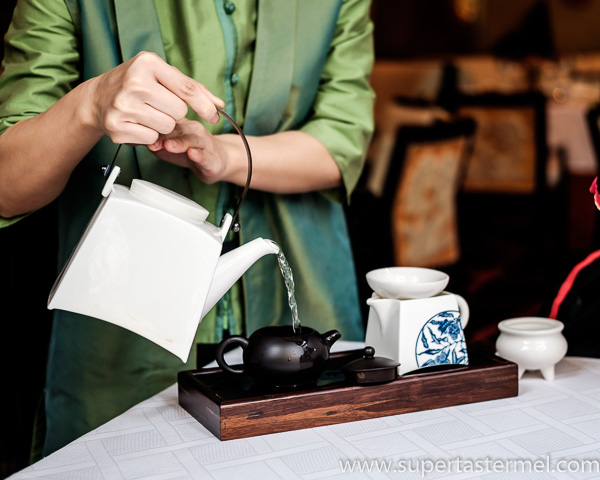 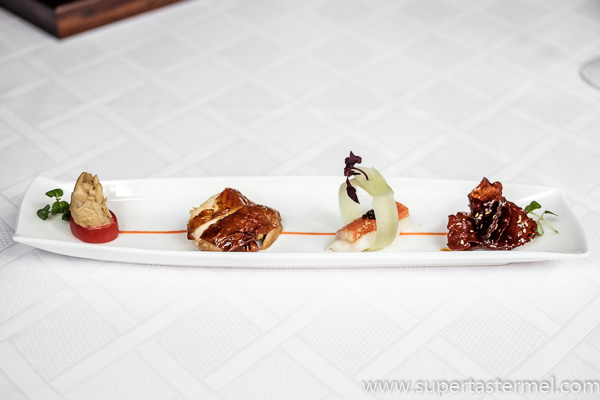 As a prime example of Tan cuisine, the Fresh Clam and Jasmine in Chicken Soup turned out to be one of the best soup I'ave had as of late. It was just so incredibly clear with a super flavorful and clean taste. According the the Executive Chef of Golden Flower, a chef's soup is like the gun to a battle's victory - a chef that doesn't know how to use soup is not a good chef. 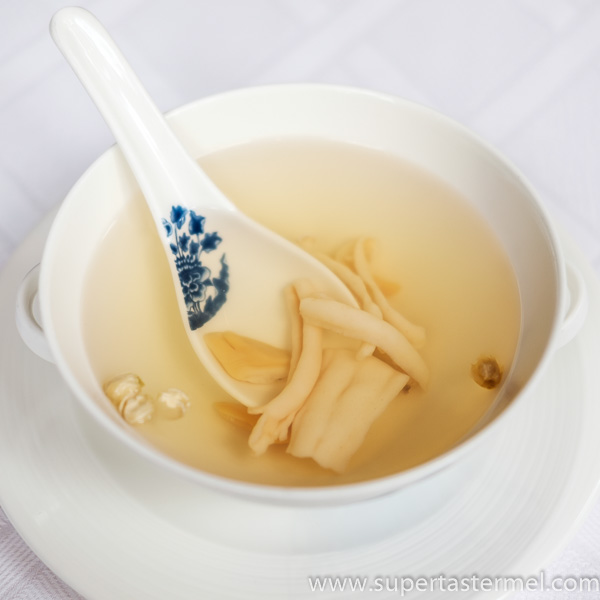 The Stewed Fish Maw with Crab Claw in Supreme Chicken Broth was another superb dish which used the same broth as the previous dish but rendered much thicker and creamier here. The fish maw absorbed much of the broth while the crab added a delicate layer of flavor.

Representing Lu cuisine, the Braised Sea Cucumber with Shandong Leeks was amazingly flavorful. As you may know, sea cucumber doesn't have much taste on its own and it derived most of its flavor here from the rich sauce it was braised in. 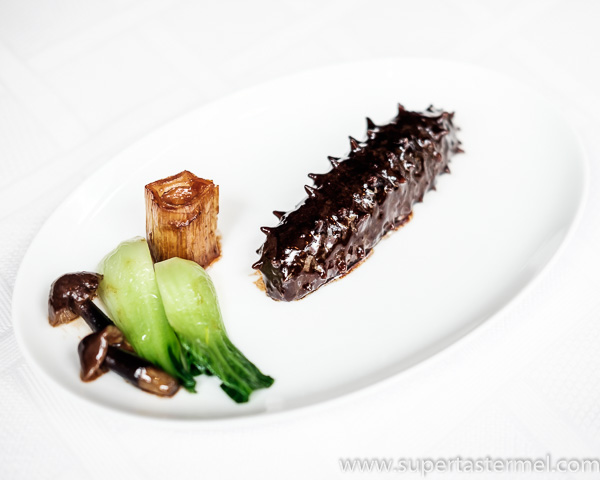 The Stir-fried Prawns with Sichuan Pepper, Chili and Macadamia Nuts was legit spicy but also way too spicy for the ingredients used. Both J and I felt that the heavy flavors were a waste of the giant prawns which I'm sure were of high quality. 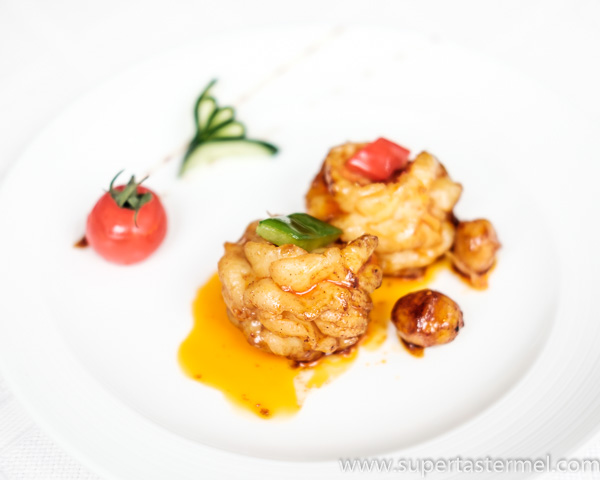 Wrapped in a thin layer of bean curd sheet, the Stir-fried Seasonal Vegetables was fresh and packed with flavors. 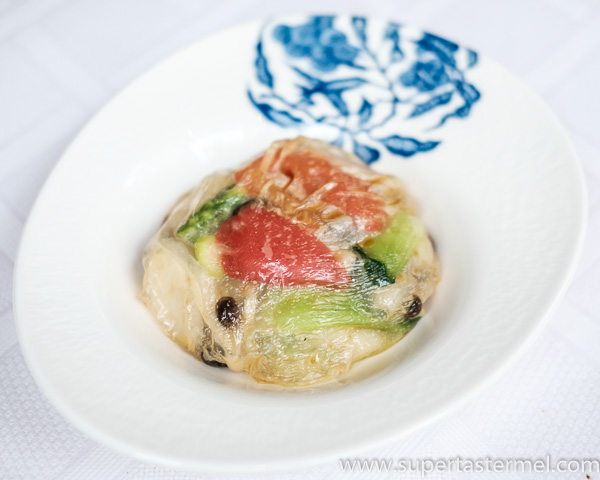 Lastly, we ended our meal with two Imperial Desserts which were supposedly served to the Empress Dowageer Qixi back in the days. 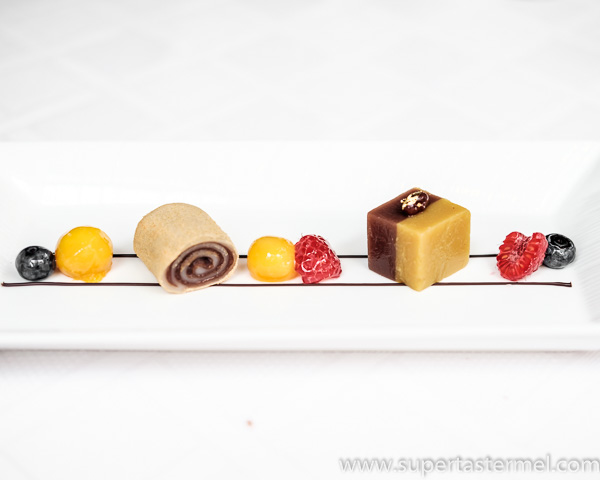