On day 2, we met up with some friends to have brunch at Union Square Tokyo in Tokyo Midtown and it would be the only non-Japanese cuisine meal we had during our trip. The modern fine dining restaurant was inspired by the Union Square Cafe in New York City and aims to serve 'American food with an Italian soul'. There was a bar section, a main dining area and an outdoor terrace but as it was too hot to dine outside, we opted to sit indoors. As our friends had their baby with them, we were seated in the "kids" section. I thought it was pretty considerate of the restaurant to provide separate dining areas so the people without kids wouldn't be too disturbed by the occasional wailing from the kids. Our friends told us that Japan is actually very child friendly and that most facilities are designed with parents and babies in mind. Case in point, even the bathroom stalls have markings on the outside to indicate which ones had a baby seat in it so the mother can put the baby down while she does her business. 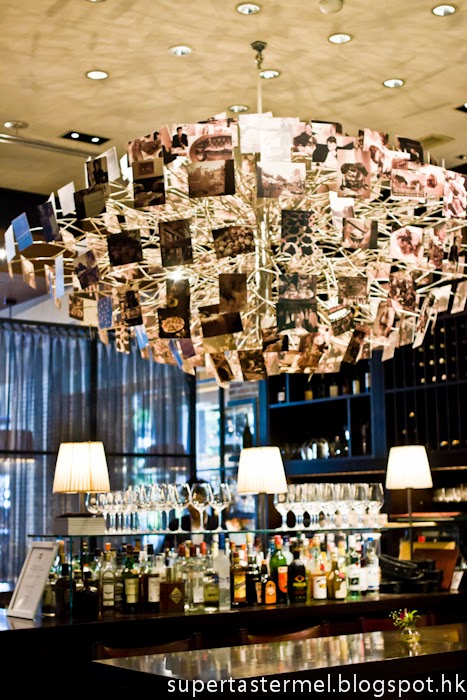 They were having a Restaurant Week promotion with 3 courses for ¥3,500 so I ended up ordering just that. For appetizer, I chose the Green Gazpacho with Marinated Salmon and Dill Jelly. The salmon was so plump and soft while the dill jelly was surprisingly delicious! This was very refreshing to eat especially in the scorching heat of the summer as the flavors were cool and fresh. 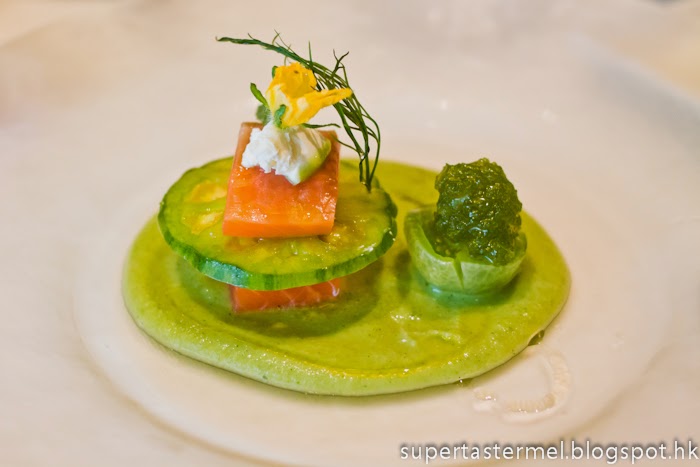 My main course was the Potato Gnocchi with Prosciuttos, Sauteed Corns and Scamorza Cheese. I love gnocchi so I was looking forward to trying it here but they were a tad too soft for me. It was still much better than the ones at On Lot 10 where I had gone recently and the corns were very juicy and sweet while the flavors of the prosciutto were balanced and not too salty. 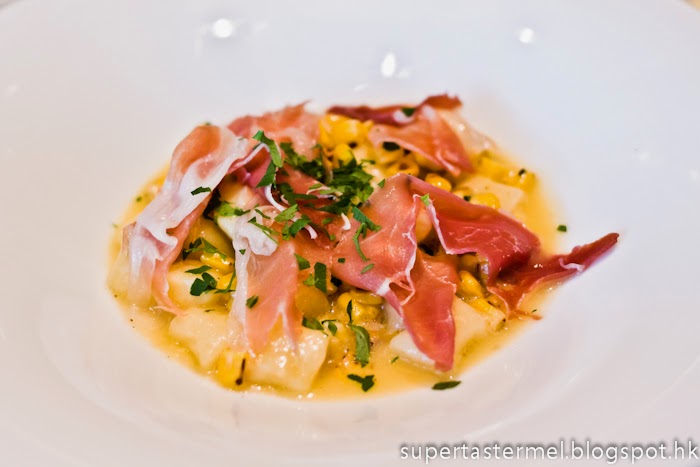 The dessert Whole Wheat Baked Donut with Coffee Ice Cream was probably the most disappointing aspect of the meal as the "donut" was just some dry piece of cracker while the coffee ice cream was too mild in taste. 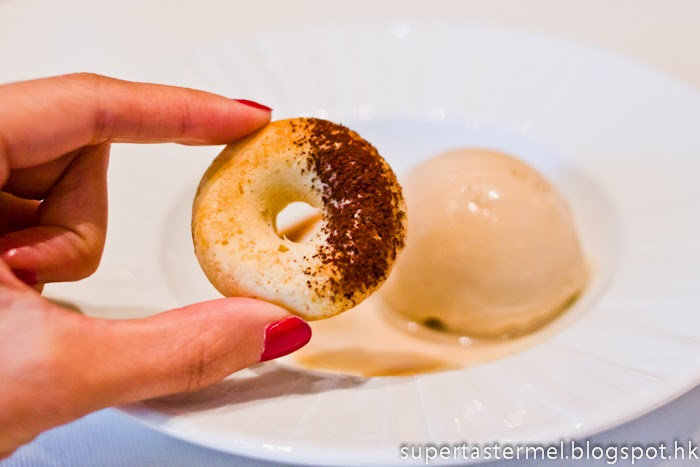 Verdict - the food in general was excellent while the environment was spacious and casual which was perfect for catching up with friends. It would have been nice to be able to dine outside as the terrace overlooks a park and would have been a perfect place to chill for the afternoon.

At night, we resumed our quest to consume all the freshest seafood that our bellies could possibly hold at 鱈腹魚金 in Shimbashi, a popular chain restaurant known for its reasonable prices! The shop was tiny and noisy like any typical izakaya and our seats were cramped at the counter. I wanted to try their maguro nakaochi (where you can eat the tuna right off its bones) that J had last time but alas they didn't have it! Such bad food luck I've been having on this trip so far but I would get to try the maguro nakaochi later on in the trip. 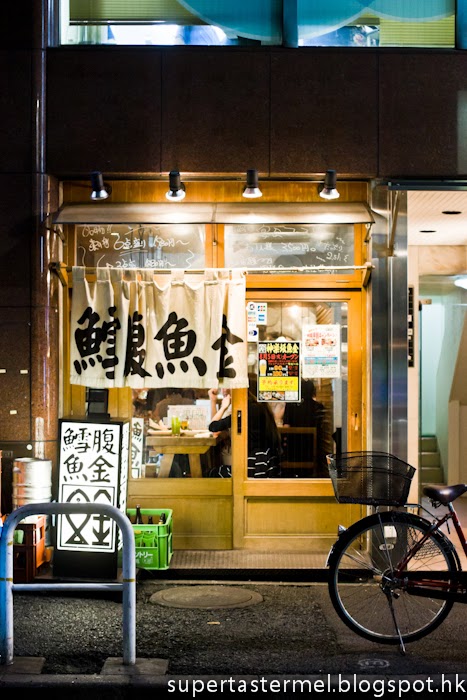 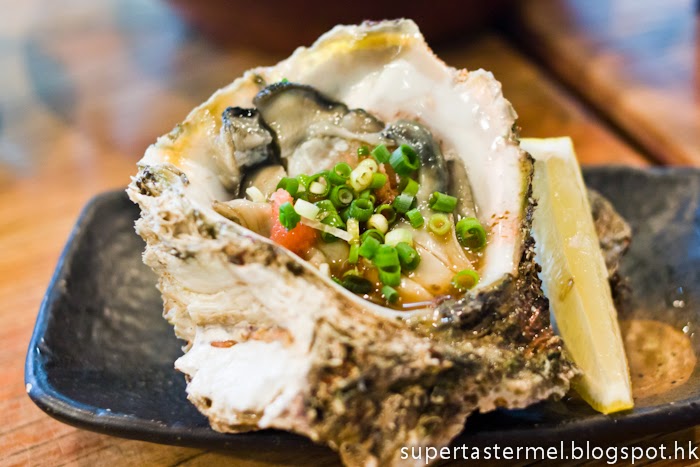 The baked scallops arrived with a piece of seaweed for us to wrap the scallop and eat it. The scallop was piping hot but tough and chewy as it was overcooked. 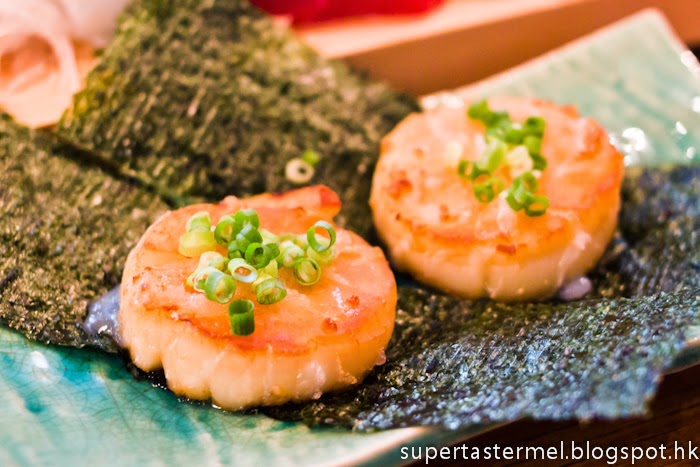 The chicken karaage was finger licking awesome though! The fried batter was appropriately thin while the chicken was succulent and tender. It was crunchy and moist at the same time while the seasoning was flavorful. J thinks that this is one of the best chicken karaage he's ever had and I wouldn't challenge him on that. 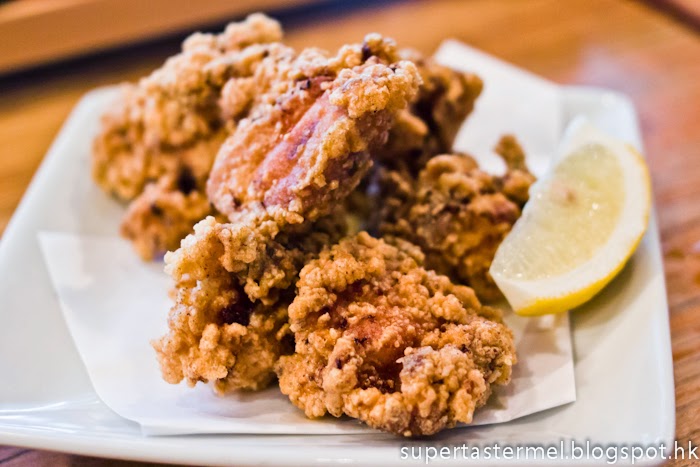 The star of the show that we've been waiting for - the sashimi platter! They are famous for their 6 kinds of sashimi platter but I think we ended up ordering everything! There must have been at least 12 kinds of sashimi here including tuna, salmon, octopus, scallops, shellfish and much much more. The quality and variety were superb for the prices so no wonder this place is always booked out. 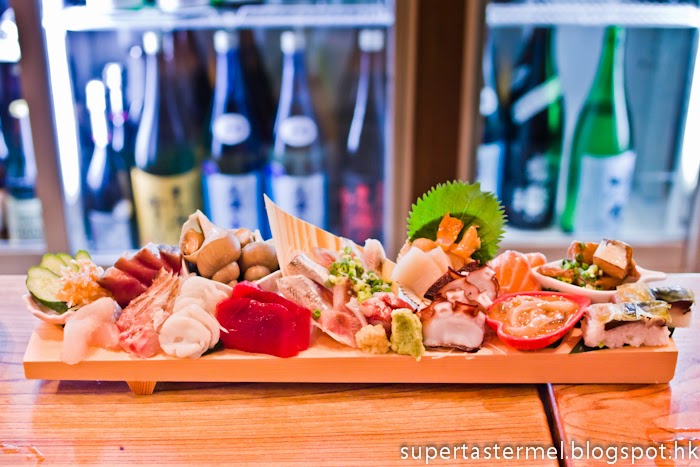 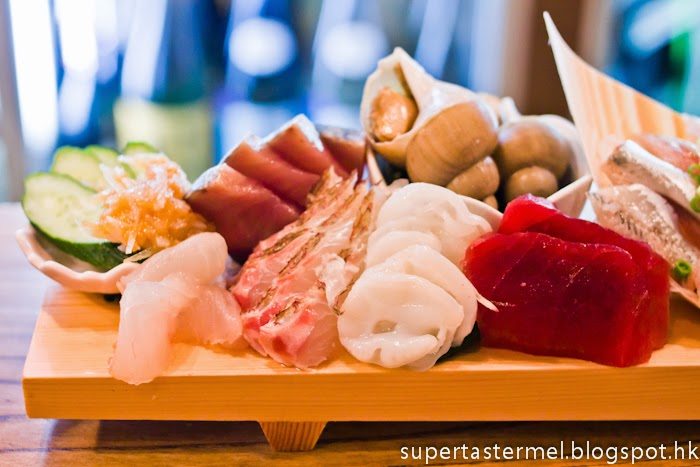 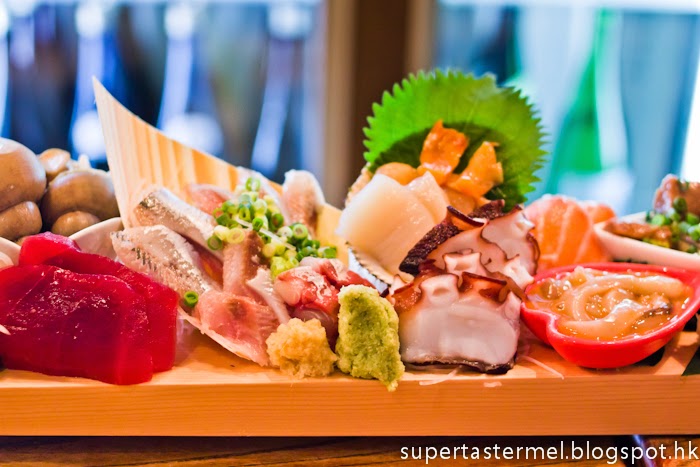 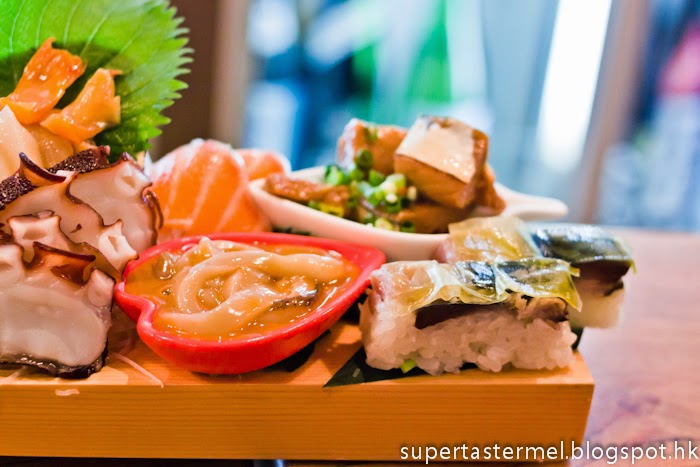 Verdict - the quality of the seafood here was pretty great for the price. I mean unless you're loaded, it would be impossible to eat at the top notch sushi places everyday without going broke. Our meal here ended up costing only around one tenth of the meal we had the night before at Zoroku Sushi. 鱈腹魚金 is a place where you can get a great bang for your buck!