I recently attended the pre-opening party of Shin Mapo BBQ - a new Korean BBQ restaurant that had just opened in Causeway Bay. The restaurant is a popular chain in Korea with over 430 branches in the country alone with branches in the US, Thailand and now Hong Kong! 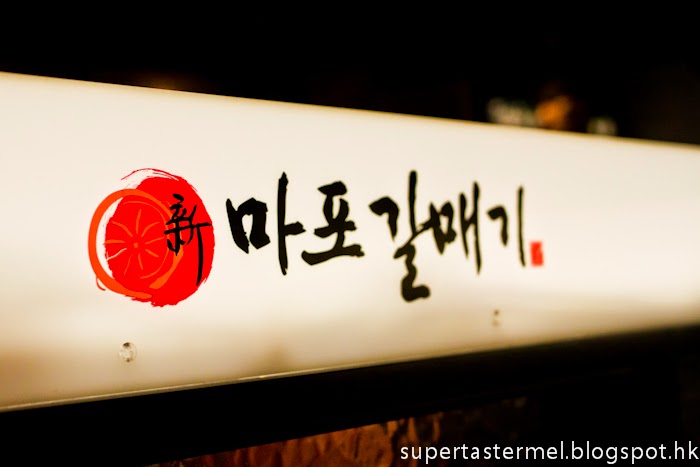 The restaurant was pretty big with modern designs and bold color themes which will appeal to the younger crowd. Each table had a powerful exhaust pipe placed directly over the grill so you can pull it down within inches of the cooking surface to suck all of the smoke away. No more stinky clothes! 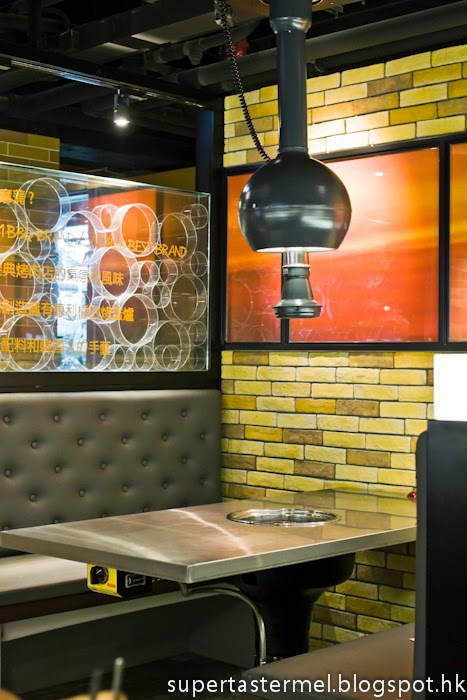 At the pre-opening, they only had 2 choices for drinks but the regular menu should have more choices like sodas and beer. I ended up trying the Blue Lemonade ($28) which was exotic from the blue coloring but the taste was just generic and a bit too sweet. 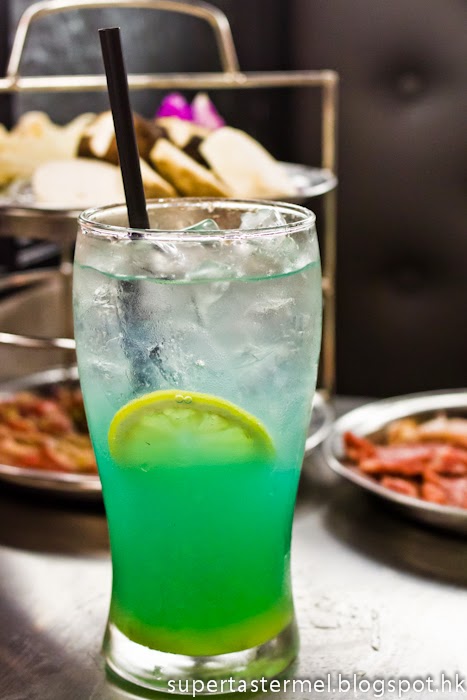 For starters, we were given a few traditional Korean appetizers like kimchi, bean sprouts and pickles but what stood out was this salad with black sesame dressing which arrived in what looked like a giant soup spoon. The sesame dressing was very strong in black sesame flavor, similar to what you'd taste in a Chinese black sesame soup but without the sweetness. 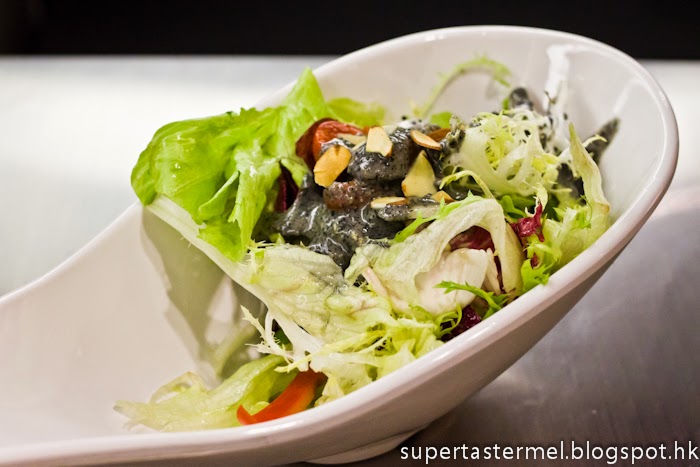 We were given a Beef/Pork BBQ Set ($678 for 3-4 people) which was more than enough for the 3 of us. The food arrive in a neat looking 3 layer stand which reminds me of afternoon tea sets. Afternoon tea with raw meat anyone? 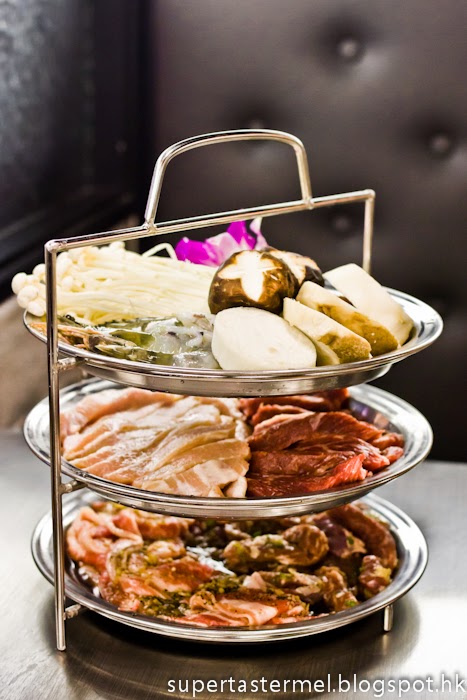 The top layer consisted of prawns, mushrooms, enoki, cheese sausage and rice cakes. My favorites here were the cheese sausage and the rice cakes which were a surprise hit for me! I didn't even know that you can grill Korean rice cakes but I guess it's just like mochi. Get it when it's crispy on the outside but still soft on the inside for the best texture! 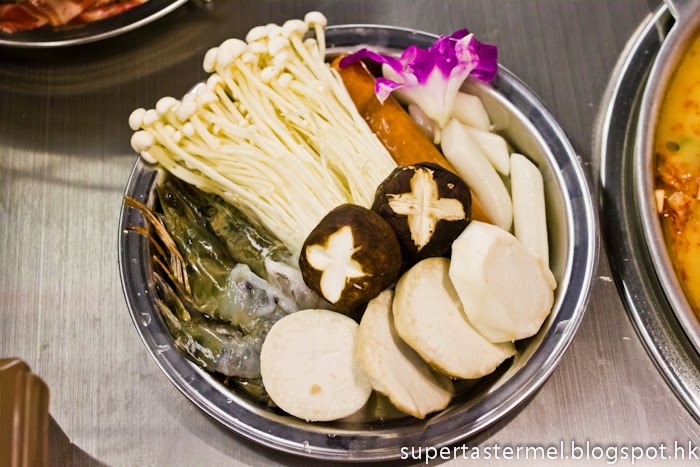 The middle layer had non-marinated beef and strips of pork neck. The beef was a bit tough and not that flavorful while the pork neck was chewy. I actually enjoyed the extra bouncy texture but my friends thought it could be more tender. 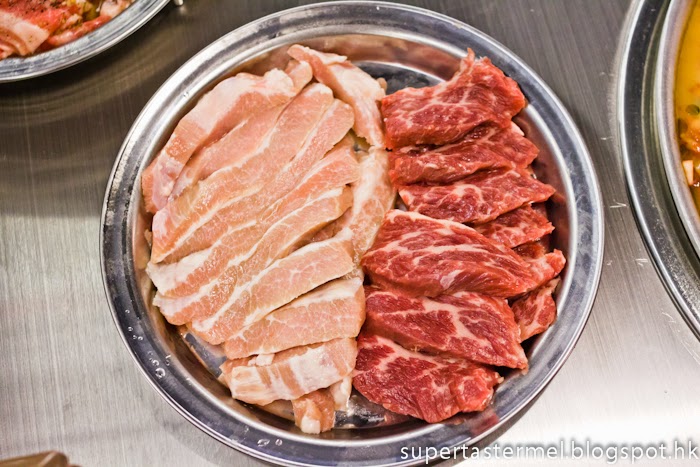 The marinated meat on the bottom layer was definitely the best with beef belly and a specialty cut of pork meat between the pig's diaphragm and liver. The beef was pretty flavorful while the pork definitely stood out with its sweetness and tenderness - my favorite meat of the night! 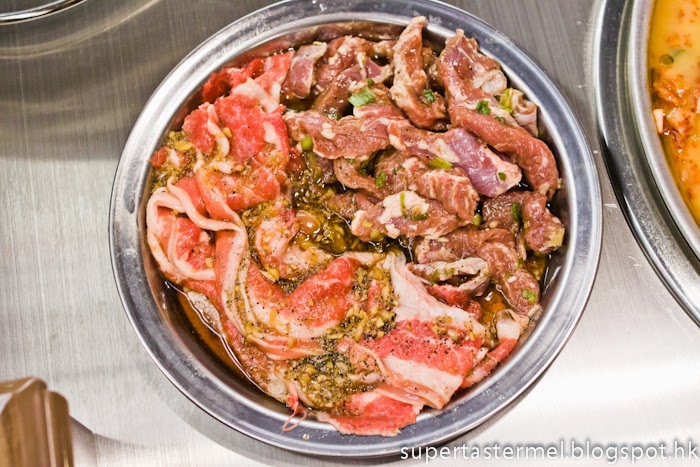 The grills here have an interesting design where you can cook eggs in the outer rim! Fresh egg yolk was poured on the spot into the rim with spicy kimchi which will cook slowly as you can continue on with your barbecue. 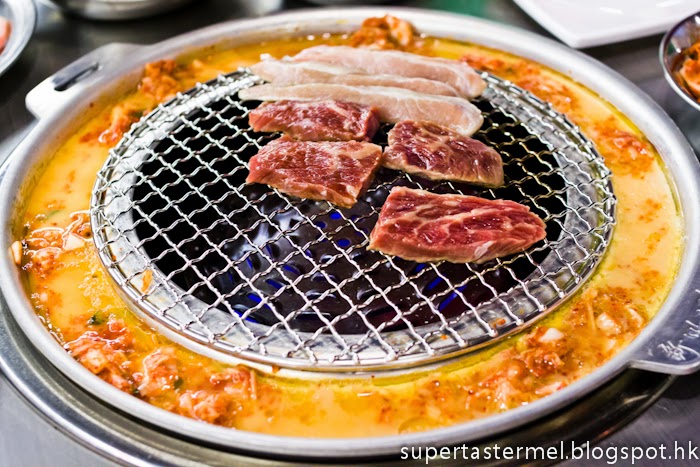 The egg was so delicious! I was more excited the try the egg than the meats almost. We were instructed to eat it just as it gets crispy on the top to avoid overcooking. So soft and spicy to eat! 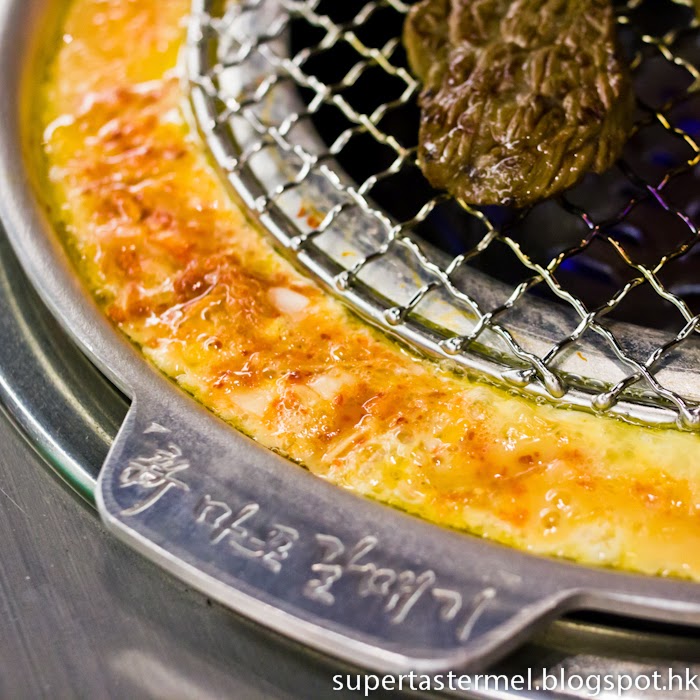 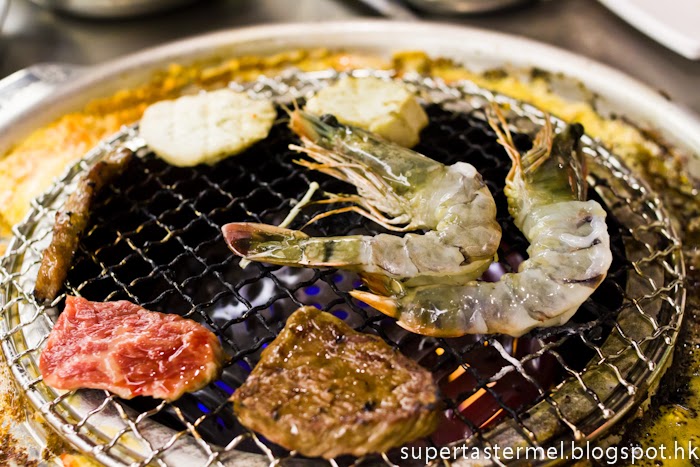 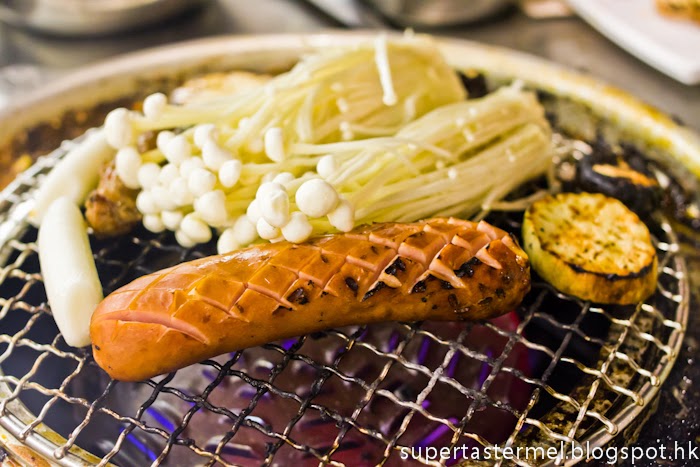 We also ordered a Mul Naengmyeon (Korean cold noodles) but we've had better elsewhere as the noodles stuck together. The condiments (vinegar and mustard) were also lacking and the staff didn't given any to us at first until we asked. 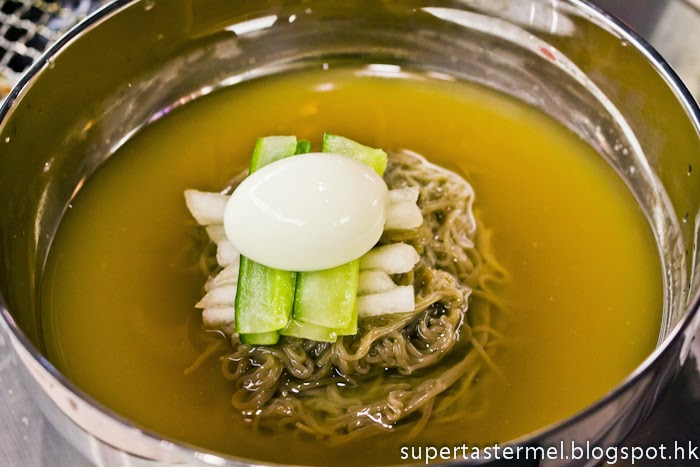 The highlight of the night was surprisingly the shaved ice dessert! The Patbingsu was topped generously with ground nut powder, red bean paste and mochi. The milk-based shaved ice was super fluffy and light which was so enjoyable to eat with the powder and red bean paste. I'm usually not a fan of red bean paste as they can be too sweet but this one was just perfect in terms of its flavor. As we dug deeper, we found more mochi buried among in the shaved ice and who doesn't love mochi? More please! 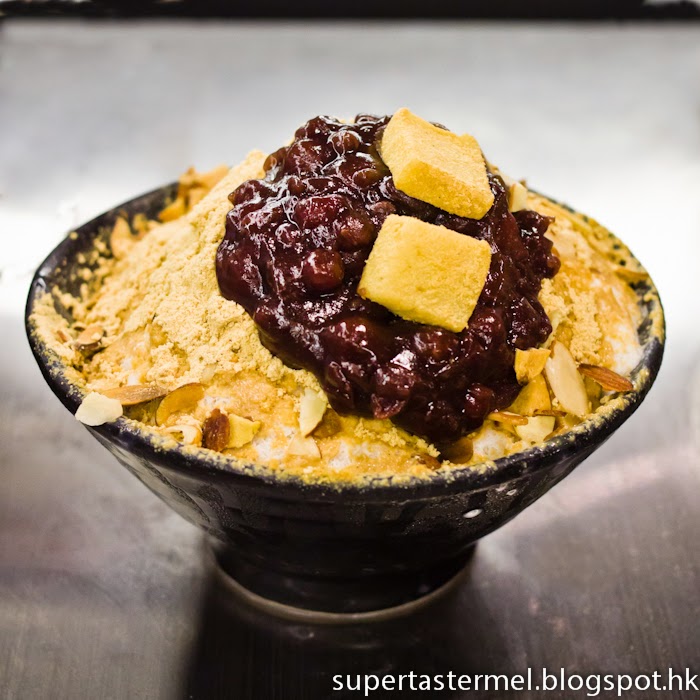 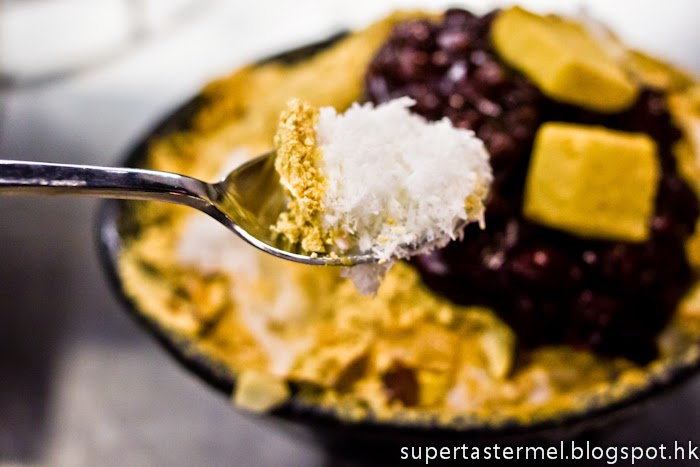 The service could use some improvement though as I found it a bit chaotic that no one explained to me what we were getting. Some staff was also not that knowledgeable about the menu but I'll probably give them a pass since it was a pre-opening. Hopefully they will do better on the service front once they work out the kinks and train up the staff.