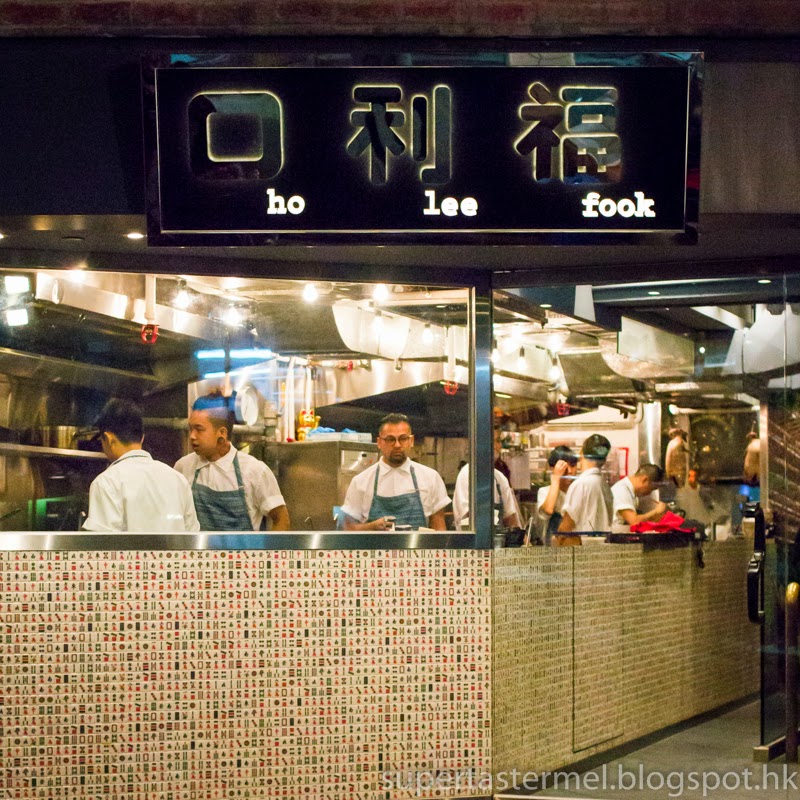 With a name like Ho Lee Fook, I've been wanting to try for a while now so I came here to celebrate a friend's birthday since they only take reservations for 6+ ppl. Unfortunately we did not have a good experience here. Firstly, they screwed up our reservations as they thought we were coming on the following day. Luckily there was still a table available but we just had to return the table early to them. The table they gave our party of 6 though was very weird as it was a large square-ish one where 3 of us sat on one side while the others sat on the opposite side but the distance between us was like 3-4 ft long so we couldn't talk to each other especially with the loud music which defeats the purpose of gathering with friends. Towards the end we kept getting rushed even though we haven't finished eating yet let alone cut the cake because the other party arrived already, so they had to kick us to a smaller table so we can eat our friend's birthday cake in a hurry. Kudos to the service manager who tried to rectify the situation by comping our drinks and cake cutting fee but sometimes what's done is done especially since we were there to celebrate an occasion. I've since heard from others that they had the same experience even though the restaurant had called to confirm days earlier so perhaps a better reservation system could solve this service issue. 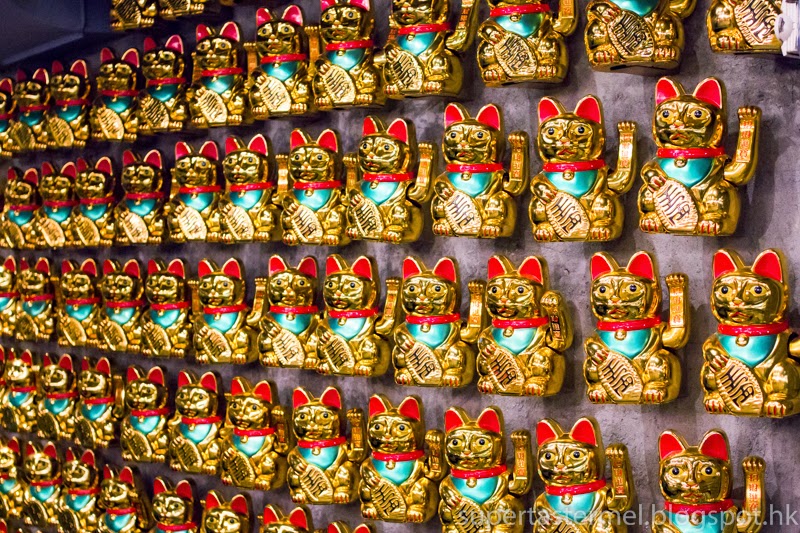 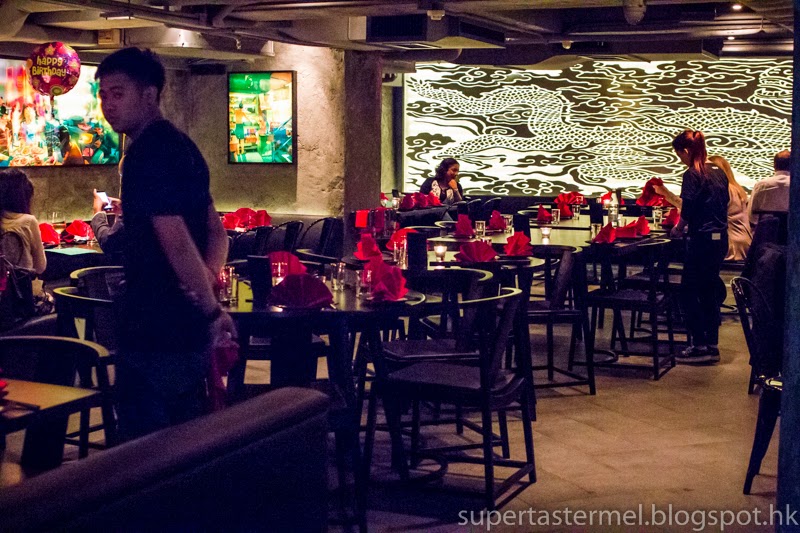 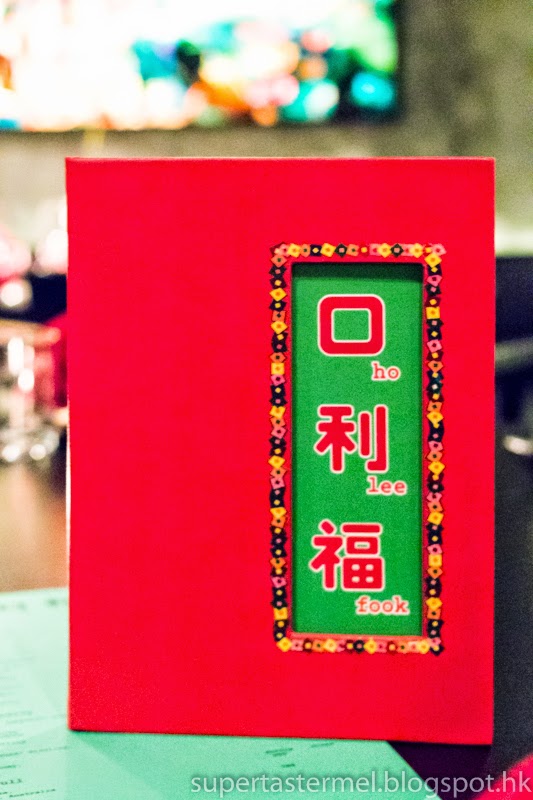 Cooler ($88) - oolong infused vodka, apple and maple syrup. It looked like a bubble tea drink and tasted like a fruit tea which was decent. [3.7/5] 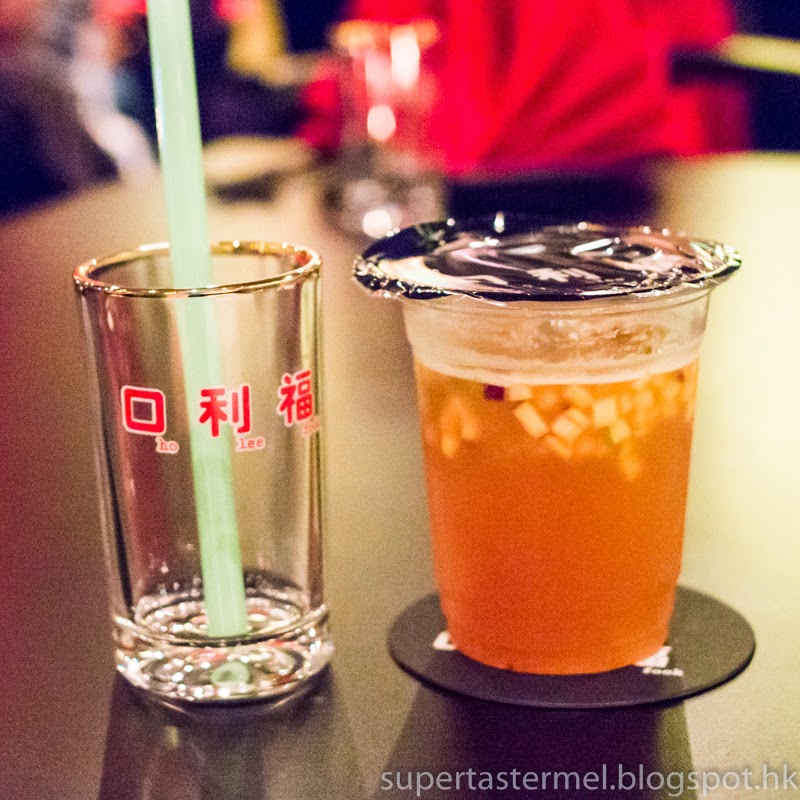 Gimlet ($98) - lemongrass infused gin and lime. It was not a bad drink per say but it was only half full so certainly not worth the price for the amount of liquor you get. [3.5/5] 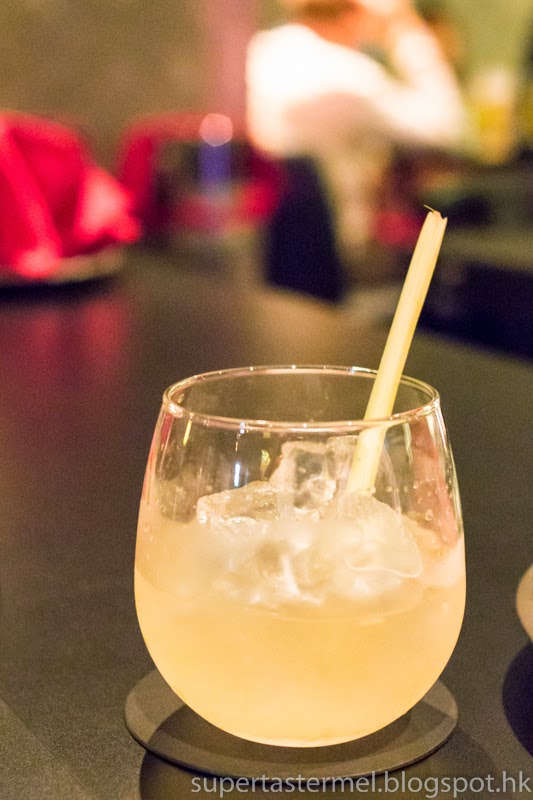 Hamachi ($168) - cucumber, lemon jam, horseradish and puffed buckwheat. It was a very refreshing dish as a starter with its acidic flavors. [4/5] 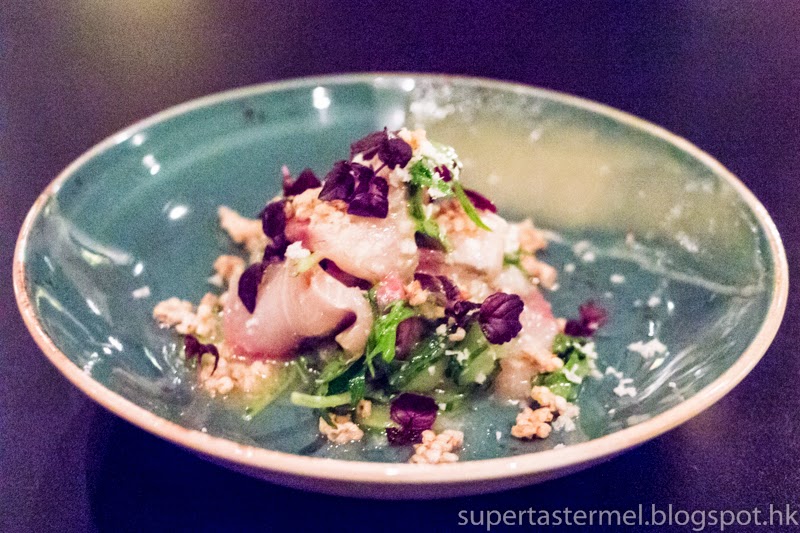 Mom's "mostly cabbage, a little bit of pork" Dumplings ($88) - sacha soy dressing. The dumplings were pretty good but also not as amazing as it was hyped up to be. [3.8/5] 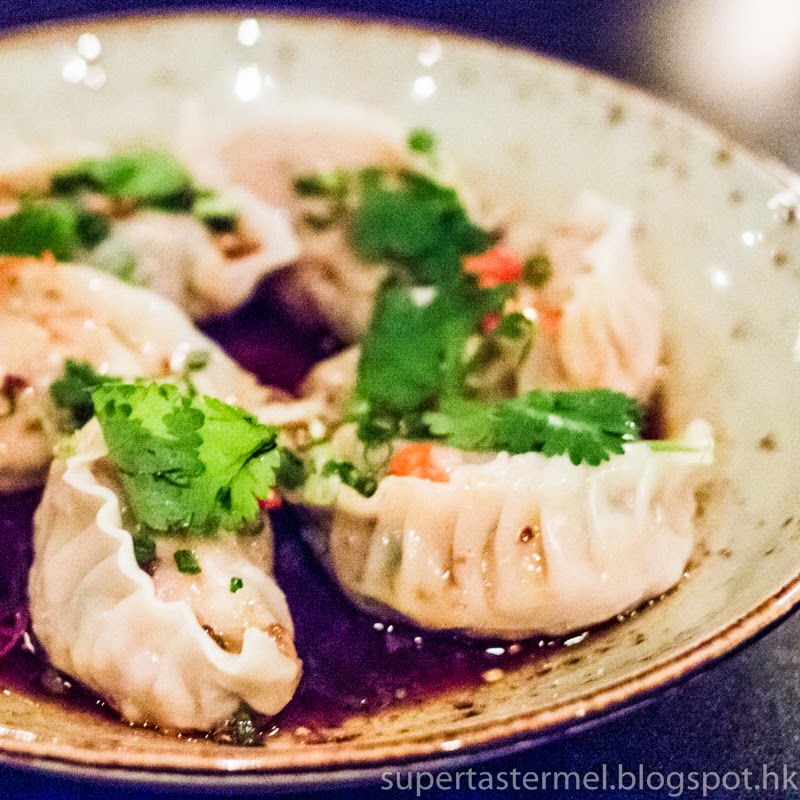 Fried Cauliflower ($88) - brussels sprouts and maple bacon chili jam. This dish took me by surprise with its contrasting textures and complex flavors! [4.3/5] 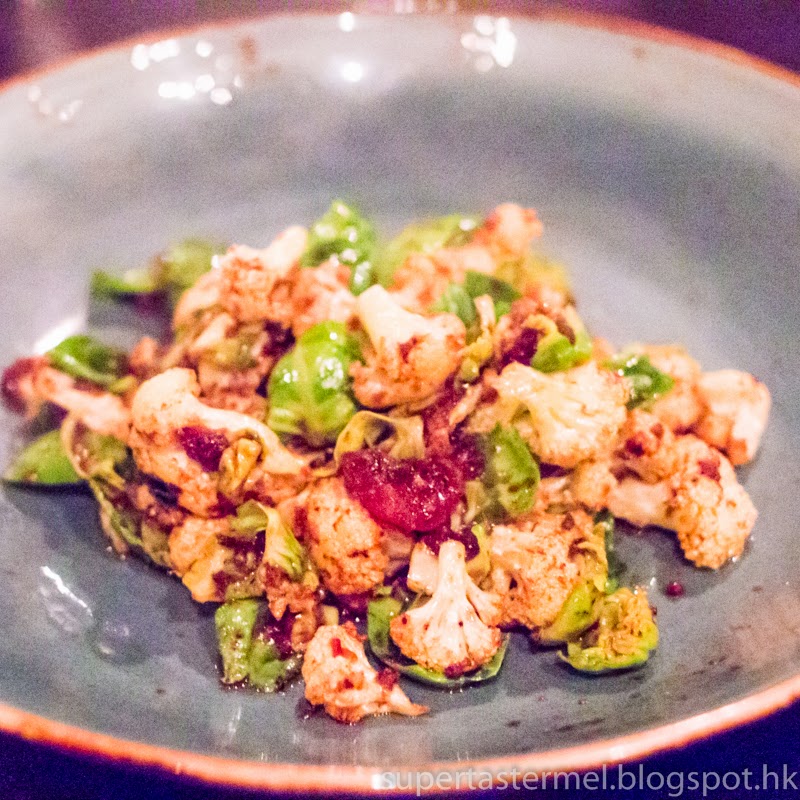 Roast Platter ($358) -  with roast goose, soy chicken and Kurobuta char siu. The soy chicken was the best with its soft and moist meat while the other two was disappointing. The char siu was over-seasoned and salty without any charcoal aroma while we were given a cut of the goose in turkey style so we had pieces of lean meat as big as our hands - not sure how we were supposed to eat that with chopsticks. The skin was also not crispy enough as well. There are better places for roast items elsewhere. [3/5] 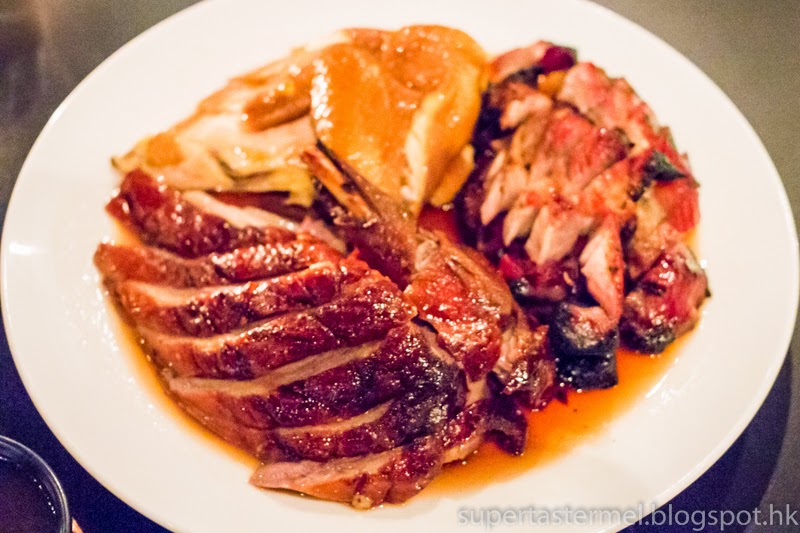 Grilled Pork Belly ($158) - red cabbage salad, roasted chili and almond salsa. Not bad but nothing special either as it was not a memorable dish. [3.5/5] 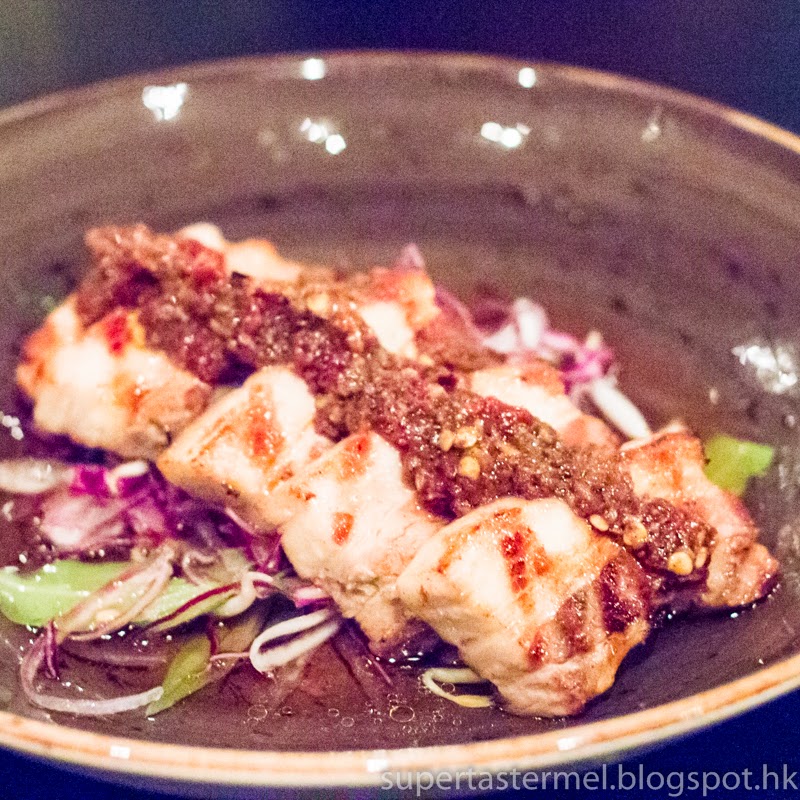 Roast Wagyu Short Ribs ($448) - jalapeno puree, green shallot kimchi and soy glaze. Hands down the best dish we had that night! The short ribs were crispy, tender and bouncy while the jalapeno puree was a show stealer as it definitely made the dish. [4.5/5] 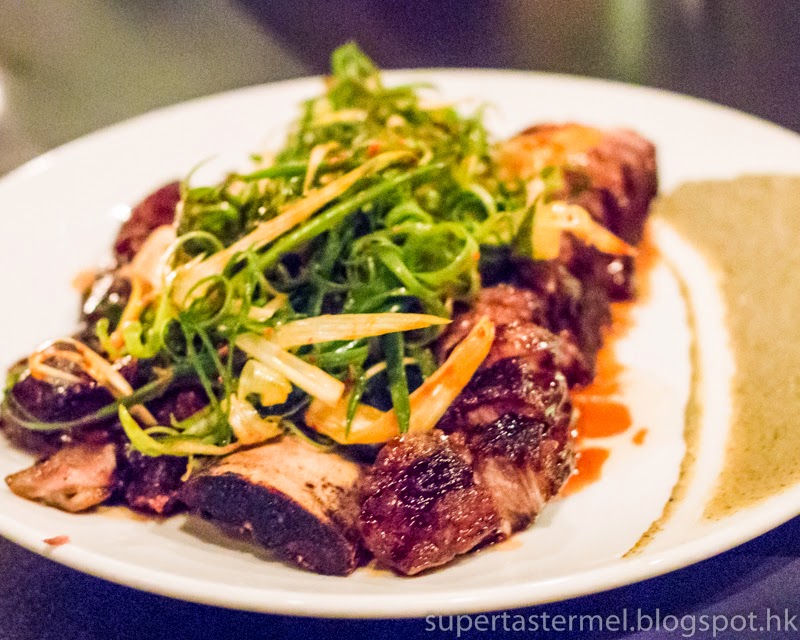 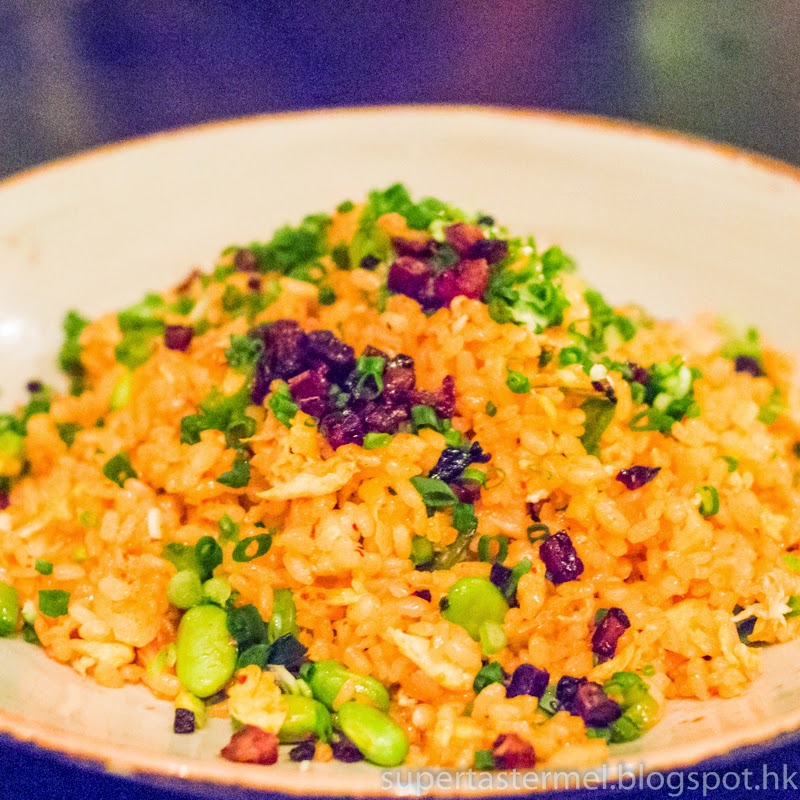 Verdict -  the food in general was decent with a few hits and misses while the service could use improvement. The environment was also very crowded and noisy so it's not a place I would go if I wanted to talk with my friends. At the end of our meal, we each got a fortune cookie which to be honest I haven't seen in a long time. Most legit Chinese restaurants in the bay area don't serve this anymore so it was fun to see this American invention in Hong Kong actually. At least I got a good fortune from my fortune cookie - "Super Lucky - you may meet benefactor." 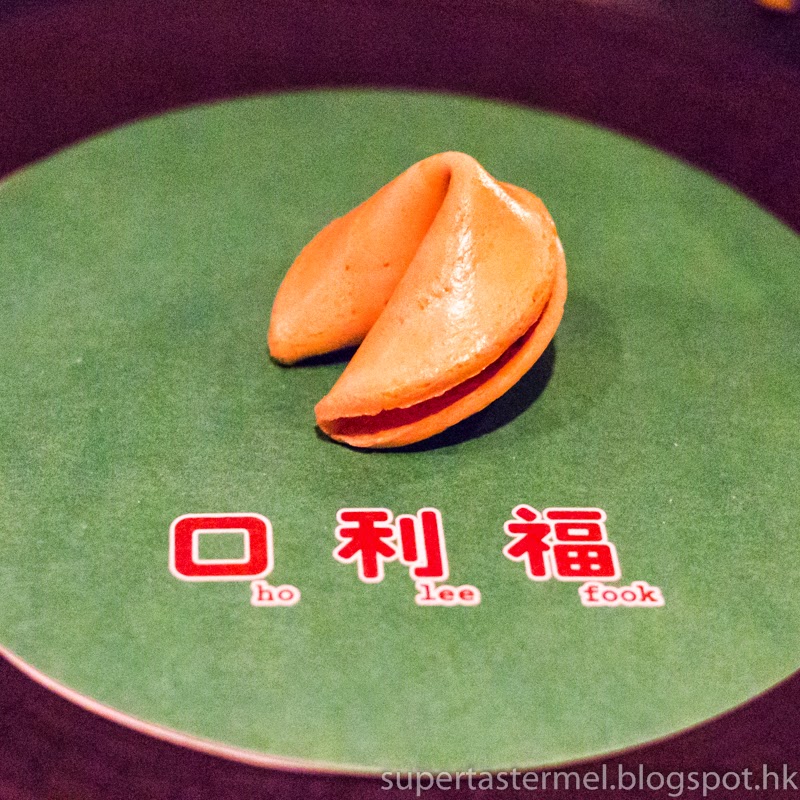 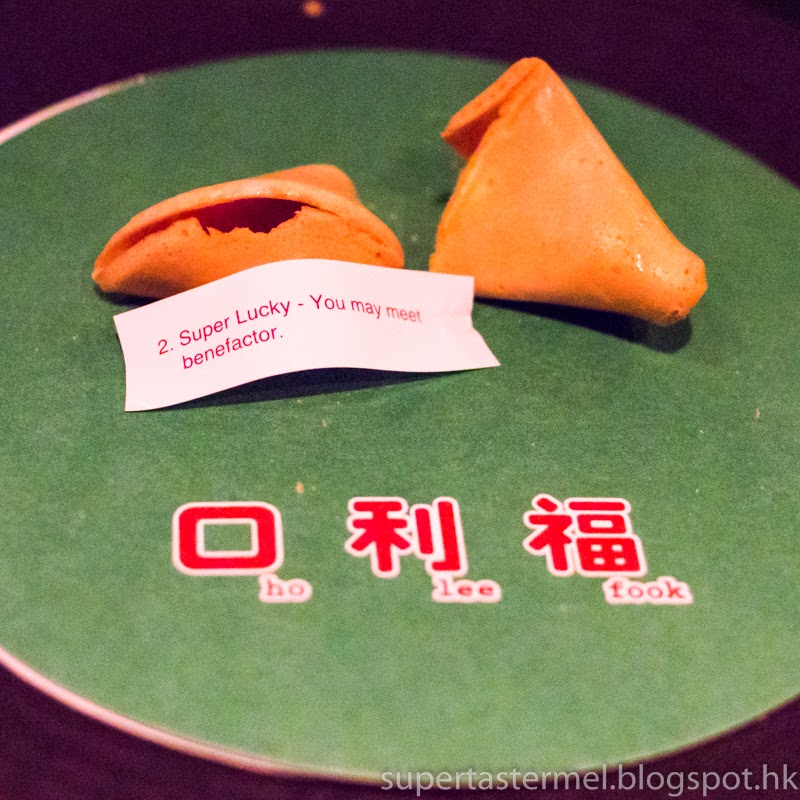