[First Visit in Oct 2013]
I loved the matcha soft cream from Kasho Chaya (now Sweet House Cha Cha) at Citysuper in Times Square, but ever since Citysuper undergone renovation, I haven't had my matcha fix until I found Via Tokyo. The 4 of us came here after dinner on Saturday night at around 8:00pm, and luckily there were just a few people leaving so we managed to get seats without waiting. The shop is pretty small with several high tables which can only seat 2 people each, and one big long table which can seat around 6-8. At one end of the long table was a hanging chair in the shape of an egg! We got seats at that end of the long table and I got to sit in the hanging chair (as my friends begrudgingly relented). The turnover was actually relatively quick since the time it takes to eat ice cream doesn't usually take that long.
After securing our seats, we turned to the menu which basically consisted of soft cream with different combinations of fruits, anmitsu(jelly), shiratama(mochi), etc. The desserts ranged from $30-$50, which were in line with Kasho Chaya.

Sample Set ($45) - I got to admit: it was hard to choose at first as there were so many different combinations! I kinda wish they would condense it so customers don't suffer from the paradox of choice. I ended up getting the sample set which consisted of samples of 3 treats: warabi mochi, matcha soft cream, and shiratama azuki. Warabi mochi - the mochi was actually more jelly-like than regular dumpling mochi, and covered with sweet toasted soybean powder. Some black sugar sauce has been drizzled on top, and a separate jar of black sugar was provided as well. The mochi was soft to eat while the powder and sugar provided different textures and flavor. The resulting flavor was sweet but well balanced by the mochi itself. Matcha soft cream - very yummy!! The matcha soft cream was thick and creamy. The flavor of matcha was just right so it wasn't overpowering to the point of bitterness. On par with Kasho Chaya. I think I found my new matcha soft serve place!Shiratma azuki - dumpling mochi with sweetened red beans. The azuki was a bit goopy which indicated it probably wasn't freshly made. It still tasted pretty good and the sweetness went well with the mochi which typically doesn't have any flavor of its own. The mochi were soft and chewy to eat. Although there were two colors of mochi (white and green), I couldn't detect any difference between the two.

Affogato ($38) - my partner in crime J got the affogato, which arrived with the espresso and soft cream separated. There was quite a bit of soft cream, which ended up being just right to balance the flavor of the espresso. I always hate it when I run out of ice cream at the end whenever I have an affogato as I don't like the bitterness of the espresso. The affogato here was different - each bite until the end was still sweet with a hint of coffee flavor. The espresso didn't overpower the taste of the soft cream and vice versa. Thumbs up!

Verdict - very good Japanese desserts at reasonable prices! The portions were pretty decent as well as you can easily just share one dessert. We actually noticed that a lot of couples and girls shared one dessert while the 4 of us each got one dessert. Felt like a fat pig! Haha!P.S. Our other friends' desserts:
Okome Shiratama Azuki Mix Soft Cream

Following its soaring popularity and success, Via Tokyo didn't stay content and continued to innovate new desserts and flavors with limited time offerings at times to draw customers in. Here's a few flavors I have tried recently.

Matcha & Hojicha Ice Cream Cone ($34) - the hojicha was a limited time offering and as an afterthought, it was a mistake to get the matcha and hojicha flavor together as the flavors ended up blending into each other and it was hard to detect the taste of hojicha. It was still very good as the ice cream at Via Tokyo is always super smooth and creamy. 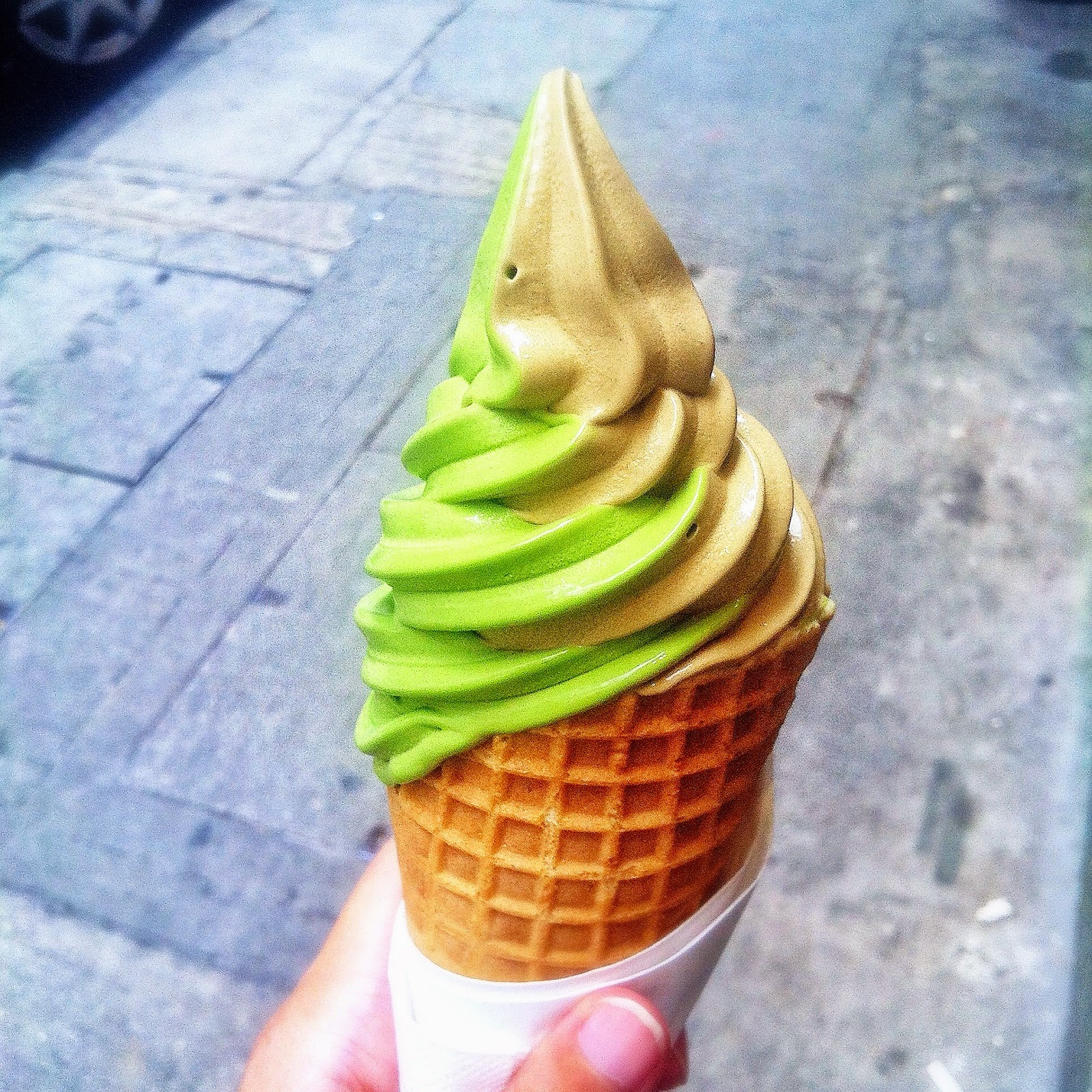 Genmaicha | 玄米茶 (HK$32) - smooth and creamy, the genmaicha flavor was light and delicate with a toasty aftertaste. It may not taste like much at first but slowly grows on you and it's perfect for those who do not like desserts that are too sweet. 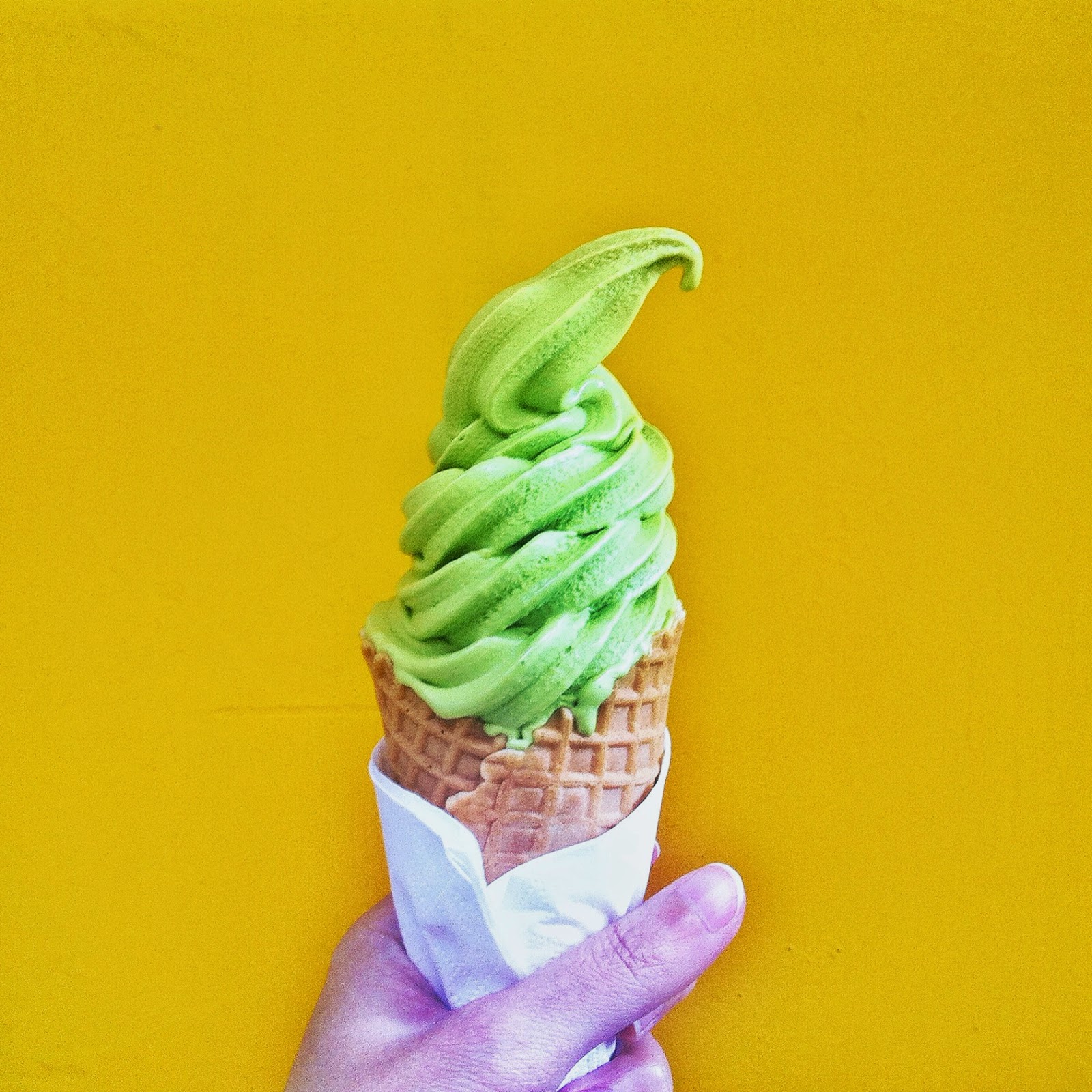 Royal Milk Tea Parfait (HK$53) - actually I really like drinking Royal milk tea and always stock up to drink in the mornings whenever I'm in Japan. I was really looking forward to try this flavor and it didn't disappoint! The caramel sauce and almond crunches can overwhelm the delicate milk tea flavors a bit but the buttery biscuit and espresso jelly complimented the ice cream nicely. 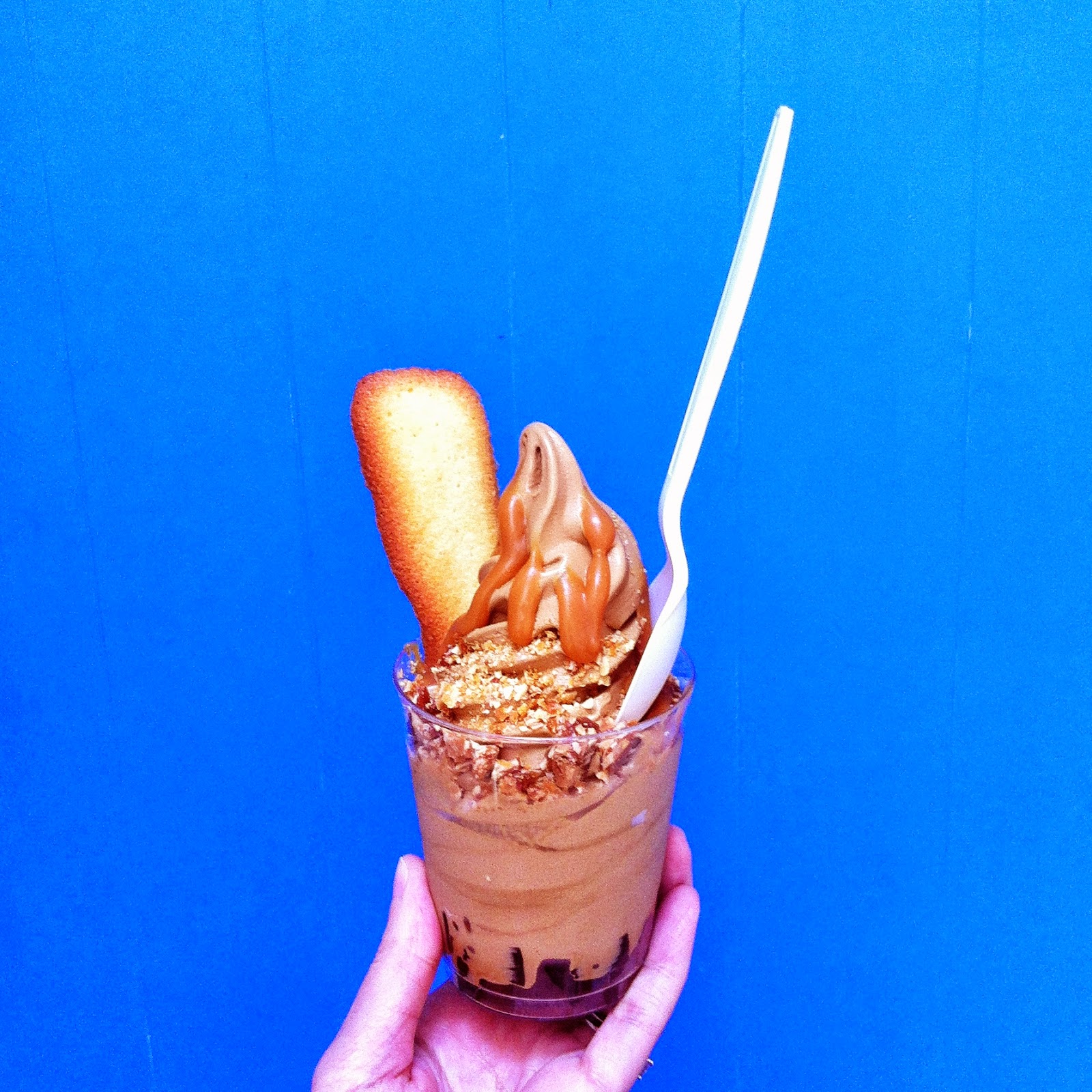