For my trip to SF, I also made it to Yellowknife in Canada to see aurora borealis which has long been on my list of photography bucket list! Yellowknife is an ideal place to see the Northern Lights due to its geographic location directly underneath the aurora oval plus its relatively flat topography allows for a higher chance of clear skies and therefore higher viewing probability. They say that you should stay at least 3 nights for a 95% chance of seeing the aurora at least once which is exactly what we did. Even though the activity wasn't that strong when we were there since Mother Nature is unpredictable and it really depends on luck and timing, we did see the aurora on our first night which was totally amazing and awe-inspiring! I think everyone should see the aurora at least once in their lifetime and it's actually not as hard as you may think, so read on for my guide to seeing aurora borealis in Yellowknife. 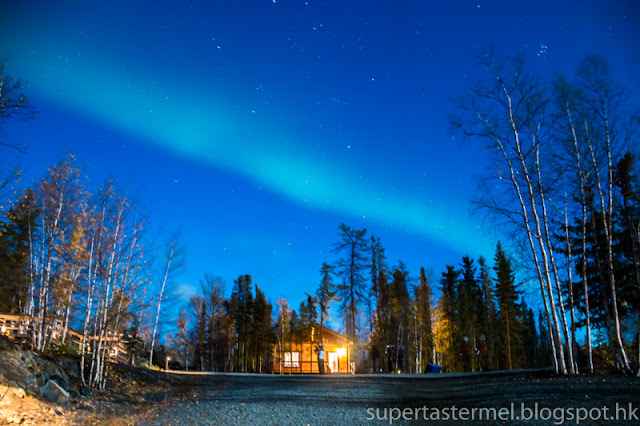 The best time to see the aurora in Yellowknife is from mid-August to end of September and from mid-November to mid-April. These are the best months because they have clearer skies and more darkness than other months of the year. From October to mid-November, the weather can be unstable due to changing of the seasons so there is a higher probability of cloudy skies. Even though the winter months are best for viewing the aurora because of the darkness of the skies, you'd also have to deal with -40°C weather! That is why I'd recommend going during August and September because even though it is still cold at 0°C, it is still relatively better than -40°C. There are advantages with going during the winter months though especially if you want to do snow activities such as dog sledding and ice fishing.

How to Get There

I flew into Vancouver from Hong Kong and from there, I flew on WestJet to get to Yellowknife. There is no direct flight from Vancouver to Yellowknife and you will either connect through Calgary or Edmonton depending on the flight time that you choose. Round trip air tickets cost around CAD$500 per person including taxes.

There are basically 5 major hotels/inns in Yellowknife from which most tour operators will pick up in the downtown area including The Explorer Hotel, Coast Fraser Tower, Yellowknife Inn, Discovery Inn and Days Inn. After perusing the reviews on Tripadvisor, I decided to stay at The Explorer Hotel because it was rated number one and most of the reviews were fairly positive. I made the reservation through Expedia and didn't have to pay until we checked out of the hotel. Cost was around CAD$200 per night and while the hotel was dated, the room was clean with a comfortable bed, microwave, refrigerator and a great view of the lakes from our window on the 7th floor. The hotel also have complimentary pickup to and from the airport with other downtown hotels which was helpful. 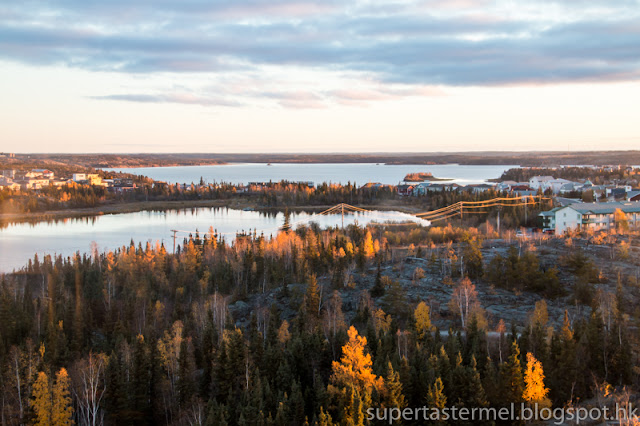 How to See Aurora Borealis

The most popular way for most tourists to see the Northern Lights is to join a local tour and the most famous one has got to be the Aurora Village which is located 30 minutes away from downtown. Founded by aboriginals, the site has many beautiful teepees for guests to stay warm in while they wait for the aurora along with a restaurant that serves fine dining food. We were picked up at our hotel at an assigned time by a guide who told us which teepee we were assigned to and what time we would be picked up with an option to extend. We had to share the teepee with a dozen other people which had basic chairs and tables while it was kept warm with a real fireplace! On the first night, we were given a tour of the site and the grounds were quite vast with many spots to wander around and the opportunity to capture the aurora against different backdrops such as a lake! The cost is CAD $125 per person for the first night and $95 for the following nights. 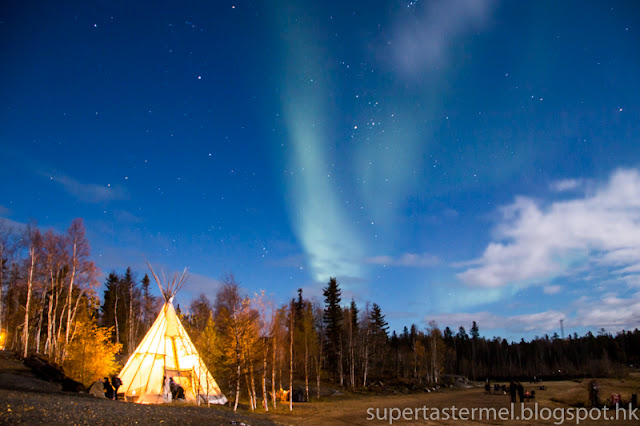 The other popular way is to join a driving tour where the tour operators will drive you around town to different locations to chase the aurora. To be honest, I'm not sure how effective that is because the sky is pretty big so if there is strong activity with clear skies, then you can pretty much see the aurora no matter where you are in Yellowknife. I guess it's useful if you have partly cloudy skies which then you will have the mobility to move away from it. I did join one called Aurora Ninja Photo Tour on my 3rd night just to compare the experience. It's run by a super friendly guy from Hong Kong and we were driven around in an intimate van with around 8 other people. The advantage to such a small group was higher engagement from the tour operator compared to the one at Aurora Village but the downside was that you were stuck in a van for a couple hours with no access to real toilets. We were driven around to different spots mostly with a body of water attached to it but none looked particularly picturesque. Maybe it's because we didn't have any luck with aurora on that night, but I preferred the teepees and the lodge at the Aurora Village as photography backdrops more.

I would say that I'm pretty experienced with my DSLR camera but since it was my first time photographing aurora, I had to look up tips ahead of time since it's always best to be prepared instead of fumbling on site when the aurora comes out to play. First, you will definitely need a tripod since you will need to take long exposures to capture the lights. You can rent one at the Aurora Village if you don't have a tripod and don't want to buy one. Second, know your camera settings. You will need to manually adjust them through trial and error in order to capture the best picture since all cameras have different settings. I have a Canon 70D with a 18-200mm lens and the settings I used were ISO 400, f/4.0 and 10 seconds exposure. The exposure was perfect for my camera but it was the focus that I had more trouble with. I knew that I was supposed to set the focus on my lens to infinity but it made of the details in the foreground blurry so I tweaked the focus until I got the desired effect.

To take portraits with the aurora was hard at first but after much experimentation, I found the best way was to use flash with long exposure for the best effect. If you try to do it without flash, there's a chance that you will come out blurry even if you stand super still during the long exposure. If you do use flash, make sure there's no one around you because you will affect other people's photography which is not cool at all! 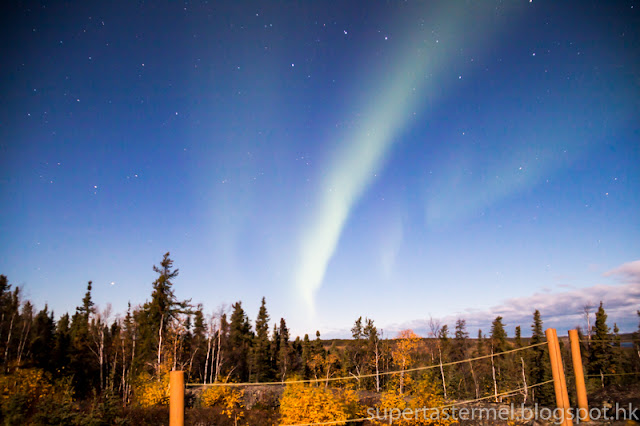 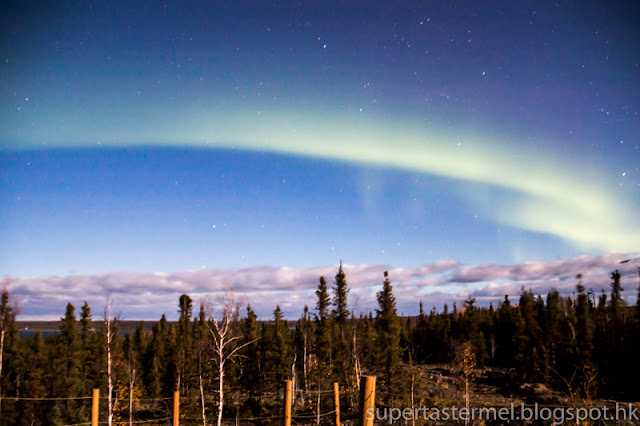 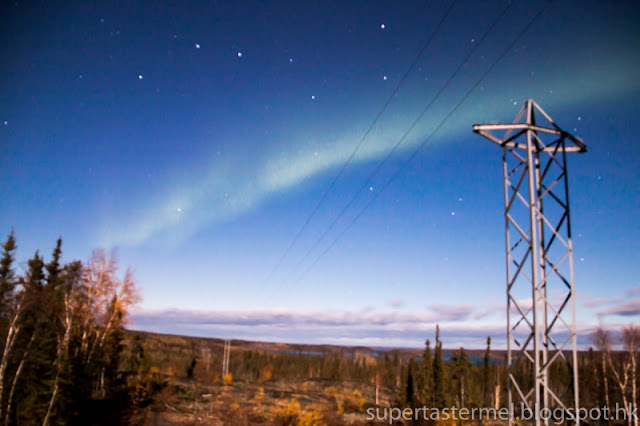 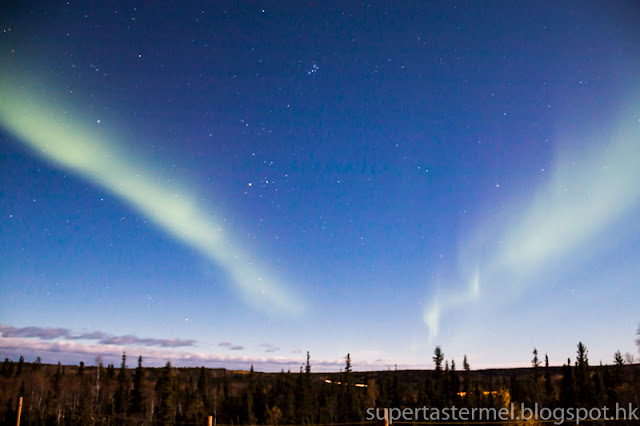 One last note, aurora borealis is a nature phenomenon so Mother Nature can be rather unpredictable and really depends on luck and timing. I know people who have trekked long ways to see Northern Lights but didn't see anything and it can be pretty disappointing because so much money, effort and time went into making the trip happen. Still, you shouldn't let that deter you and who knows, you may be very lucky!

P.S. For my favorite shot below, we were actually on the bus back to our hotels from Aurora Village when we saw the strongest aurora that we've seen all night. Luckily the driver pulled over and I quickly snapped my gear together for a few shots. Everyone gasped in wonder as the lights visibly danced across the sky - it was Mother Nature finally putting on a show for us! 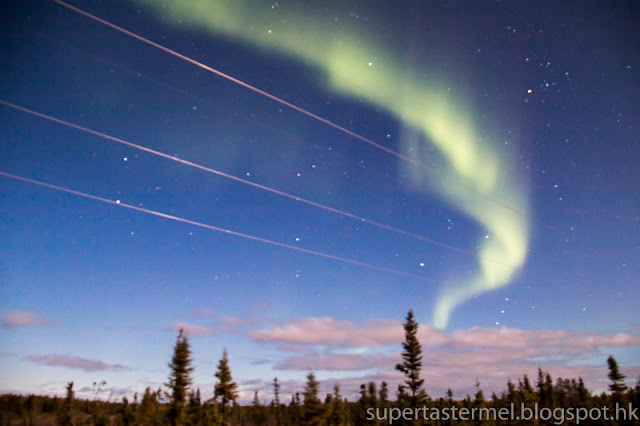