Who says you can't eat dim sum at night with cocktails! Thank you to Dim Sum & Then Some for the HK$2500 voucher to Duddell's which was one of the prizes for their Summer Friday photo contest on Instagram. See? Who says that taking photos of everything and every moment is useless now! =) And in case you're wondering, you can check out my winning photo here.

Duddell's is a stylish 2 Michelin starred restaurant that serves high end Chinese cuisine with prices to match. Executive lunch set on weekdays cost $360 while dinner tasting menu costs $1280. They also do a wicked weekend brunch with unlimited dim sum, champagnes and cocktails for $680 which is perfect if you ever get bored with eating dim sum with just regular tea! The restaurant is divided into 2 floors with the main restaurant on level 3 and the Salon & Garden Terrace on level 4. Our voucher was only applicable to the Salon & Garden Terrace so I gathered another couple to sample some dim sum and cocktails with us one night. The Salon was a very chic and spacious bar area but luckily they also had regular dining tables with plush red sofas so it was comfortable to eat there as well.

The cocktails looked pretty amazing here so I got the Opium to try with a Johnny Walker base, poppy seed milk, peach and a little touch of lime. It was sweet but well-balanced and refreshing at the same time. 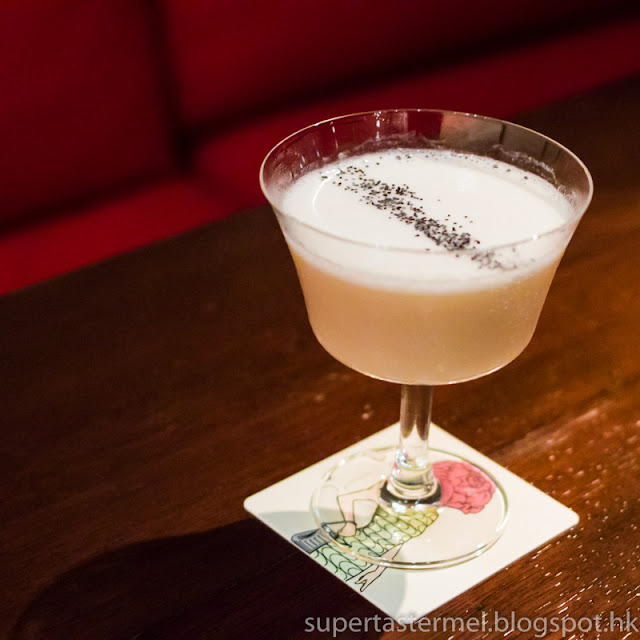 My friend's Lychee-Strawberry Lemonade looked so pretty that I was tempted to steal to sip even though it was non-alcoholic. 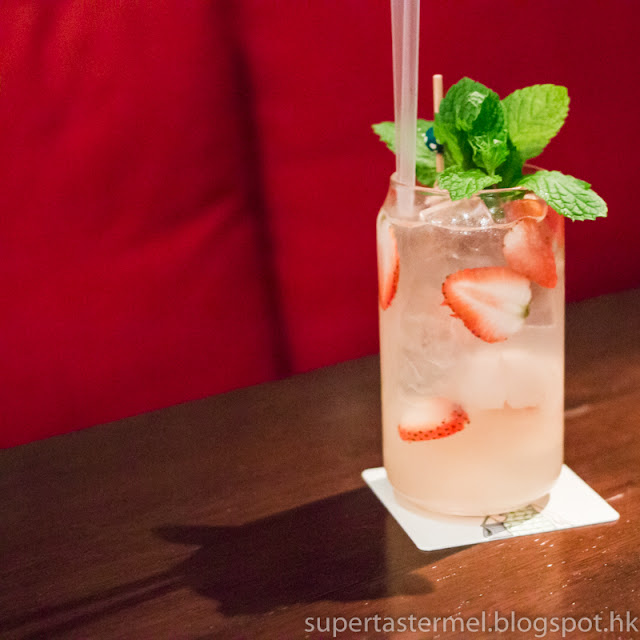 For the food, you can order a la carte or their Sharing Platters which is designed for 4 people. We ended up trying 2 of the 4 sharing platters including the Fiery Specialties ($850) with Smoked Duck Breast with Honey, Barbecued Iberico Pork with Honey, Roasted Suckling Pig and Crispy Salted Duck. Everything was pretty good and the quality was solid but none of the items really stood out here and if you ask me, I felt that the price was pretty steep for the price and it's not like you can't find better quality elsewhere either. But again I guess you dine here for the hip ambiance and the option to drink trendy cocktails with Chinese food. 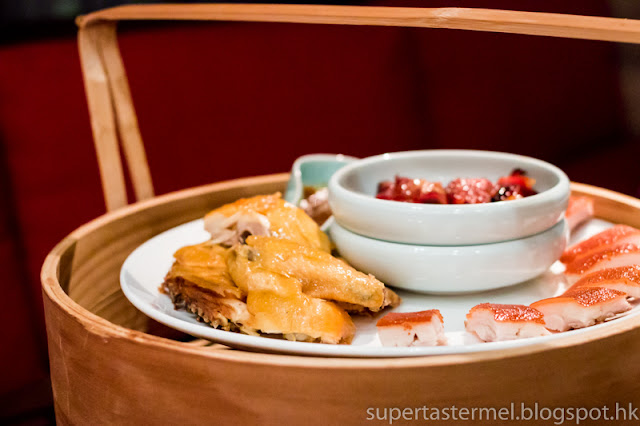 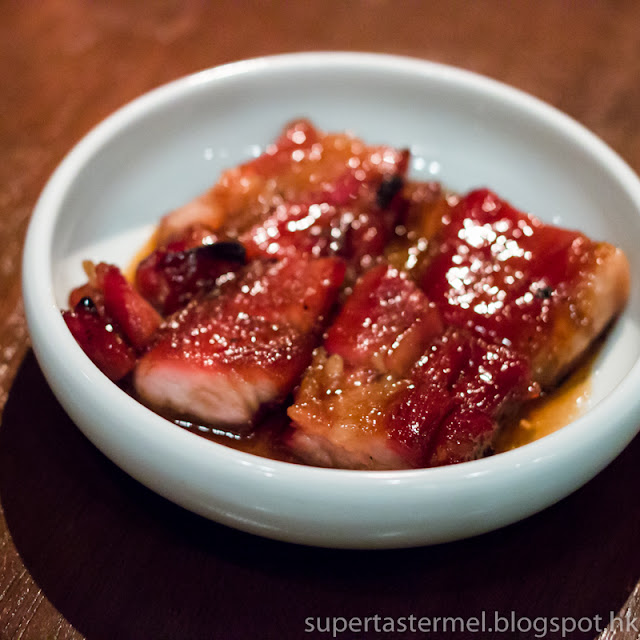 The Decadent Platter ($800) had Shrimp Dumpling with Matsutake Mushroom, Iberico Pork Dumpling with Shrimp, Taro Puff with Roasted Goose and Goose Liver, Secret Recipe Fried Chicken with Shrimp Paste, Sauteed Mushroom with Asparagus & Capsium, and Braised Vermicelli with Seafood and Egg White. Again the quality was good but none that really wowed us so I won't bore you with the details. 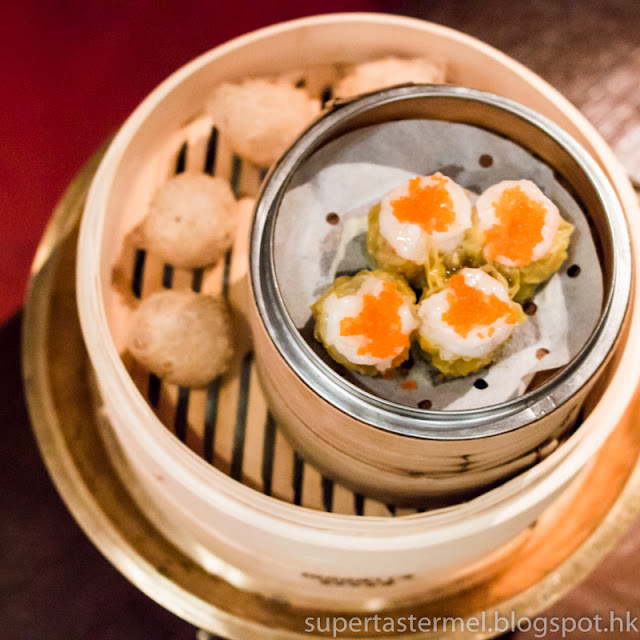 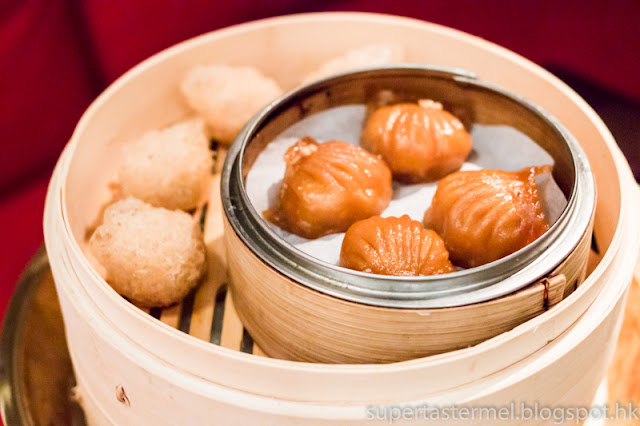 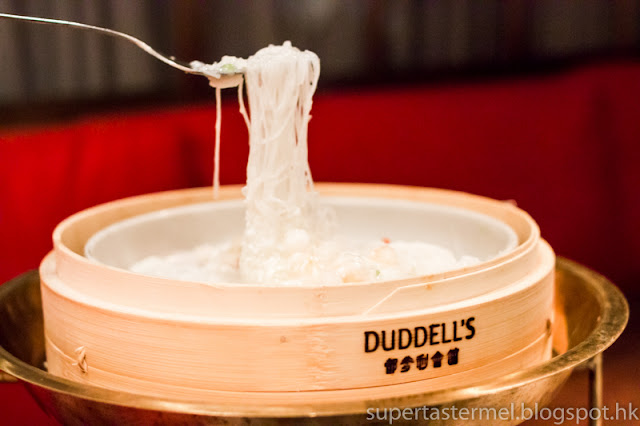 I also wanted to try the Duddell's Peking Duck ($600) which is supposed to be carved at our table and served with all the trimmings (whatever that means) but the staff had warned us that it wasn't really worth it since they only serve us the skin. I appreciated his honesty but since there wasn't anything else I wanted to try, I still ordered the Peking duck which was paraded in whole to our table before being carved somewhere behind the scenes instead of our table like their menu said. I think we got in total 2 plates of crispy Peking duck skin along with steamed pancake wraps and the usual garnishes. I liked the Peking duck skin since it wasn't too fatty and crispy enough but I don't get why they can't serve us the rest of the duck anyways since it's such a waste. I think they said they only serve the skin because that's the best part already blah blah but if I freaking paid for the duck, then I want the whole thing including the meat inside! Most Chinese restaurants will let you take the carcass home so you can make soup with it, and it just makes me wonder what happened to the rest of our duck... 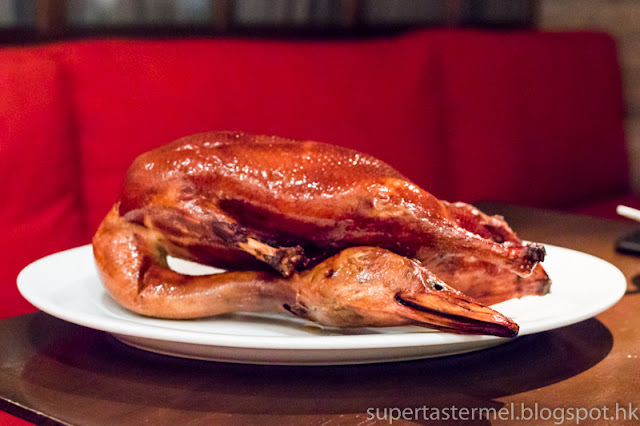 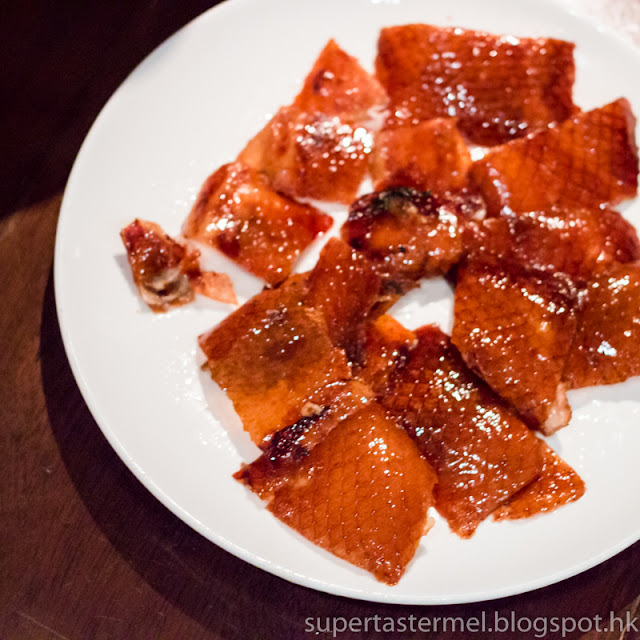 Verdict - the Salon at Duddell's is a trendy place to eat dim sum with cocktails but prices are a bit overpriced for the portions and quality. It's too bad that we didn't get to try the food at the Restaurant level which should be better since it was awarded 2 Michelin stars so I'd want to go back to Duddell's for that.