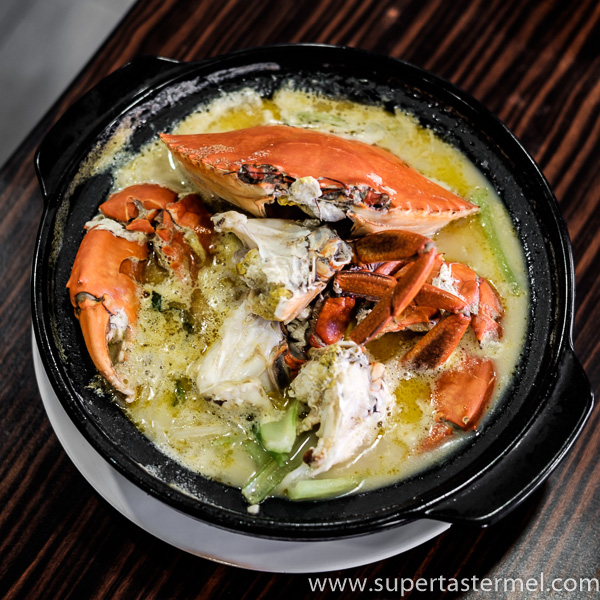 Touchdown in Singapore! Can you believe that I haven't been to Singapore since I was a teenager? One of the things I really wanted to try in SG was chili crabs which is almost its iconic dish. When I was doing my research, several names keep popping up like Jumbo, No Signboard, Roland and Mellben Seafood, so I decided to go to Mellben at the recommendation of several foodie friends. The restaurant doesn't take reservations so we arrived its Toa Payoh location at 6PM (it has several locations) and didn't have to wait at all! You have to place your order first at the reception stand outside the restaurant before you get seated which is efficient I guess but also feels rushed if there are people in line behind you. Although I wanted chili crabs, Mellben is actually more famous for its Claypot Crab Bee Hoon Soup which turned out to be the most amazing dish ever! All the locals had one on their table and I highly recommend trying this dish if you are ever in Singapore! 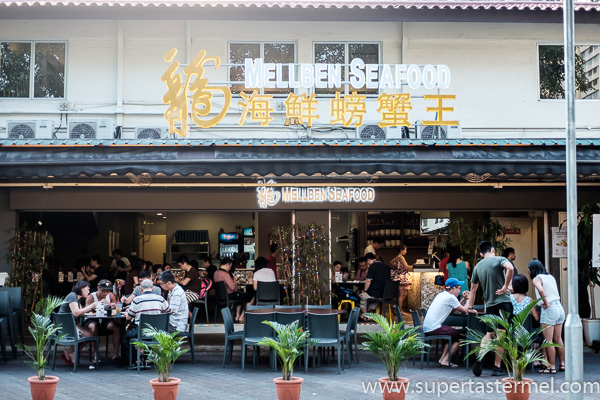 Mellben at Toa Payoh is located in a residential neighborhood which reminds me of Chai Wan in Hong Kong where you can find other restaurants, hawker stalls, fruit stands and local shops in the open courtyard. 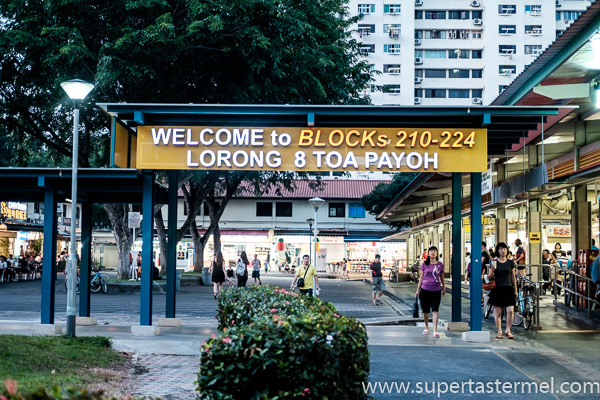 The Claypot Crab Bee Hoon Soup arrived with a whole crab in a milky broth with vermicelli noodles. The crab itself was very meaty and chunky, but the star here was the broth which was amazingly delicious and flavorful with so much crab flavors while the noodles helped to soak up all the goodness - I couldn't help but keep going for bowl after bowl of noodle soup! 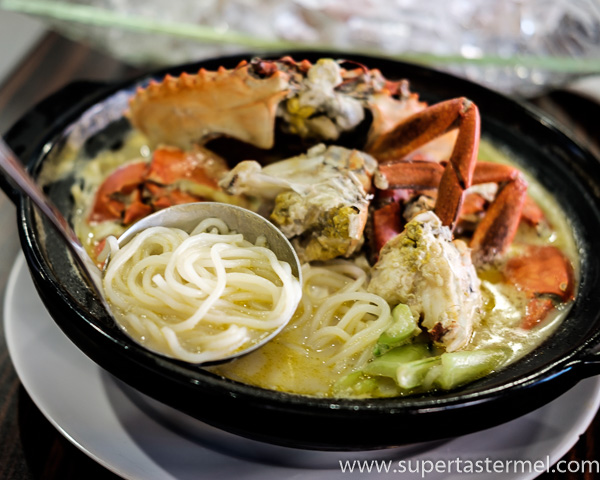 The whole crab was a lot of food for just the two of us but we managed to a few other dishes which were also pretty good including this Homemade Bean Curd served with Creamy Butter Sauce. 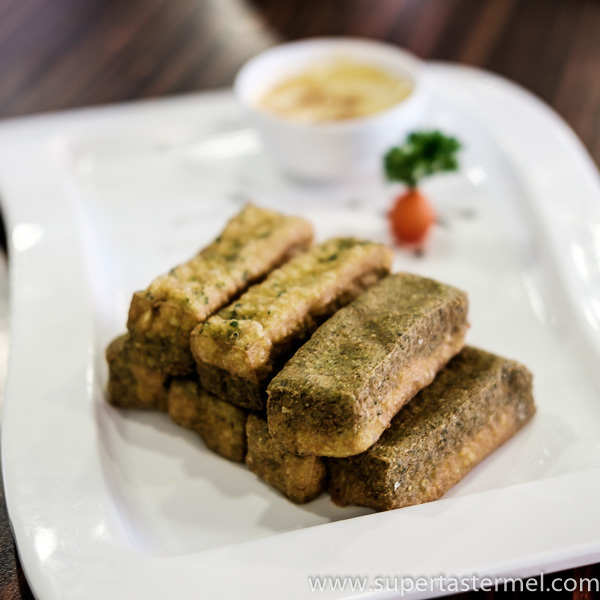 I love sweet and sour pork so when I saw this Chilled & Crispy Sweet and Sour Pork, I had to try it! I had a version of this at Empire City Huaiyang in HK where the pork arrived on top of the ice but the pork here were actually buried under the ice so we had to do some treasure hunting first. The pork was tasty with a crispy exterior and along with pieces of chilled lychee made for a refreshing dish to eat in the heat! 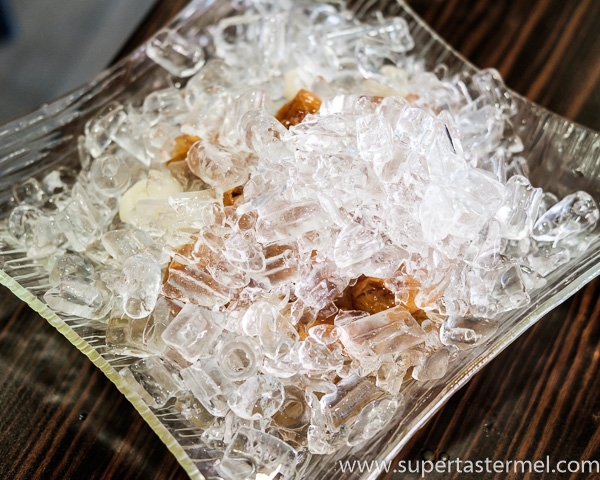 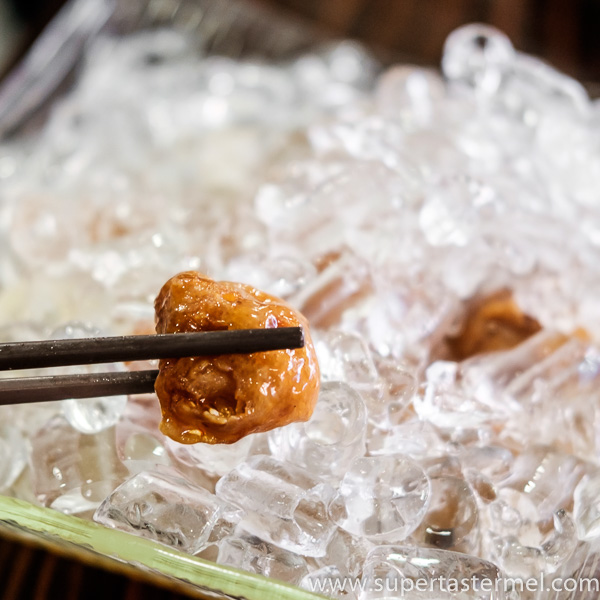 All the food we had at Mellben Seafood was fantastic and I highly recommend this restaurant to satisfy your crab craving in Singapore! The only thing I noticed was that that all the tourists had these 2 plates of appetizer on their table (which we had to pay for) while the locals didn't, plus they also charge you for wet napkins. It's not a lot of money but more the principle, but the food here is good enough for me to overlook these blemishes.