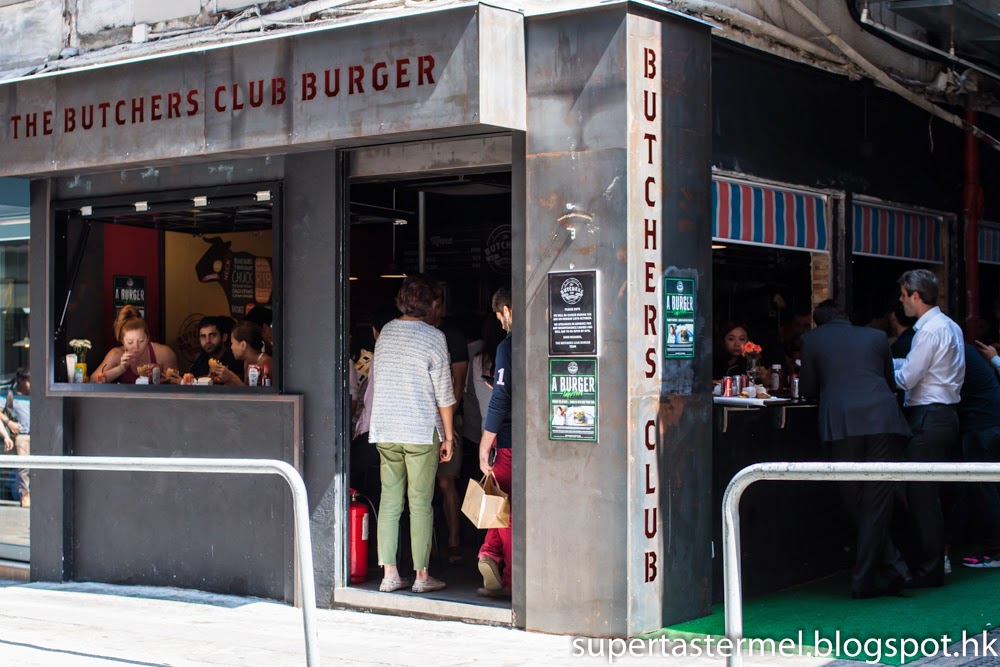 So hyped up it was bound to disappoint? That was what was going through my head as I was standing outside on the street in the heat while taking a bite out of my $100 burger that was tiny and salty. I've been waiting for the summer heat to subside to try Butchers Club Burger because I have passed by before and have seen the limited seating in the shop, but I decided to bite the bullet one afternoon as the weather had cooled down a bit even though it was still warm. I think most people know about their "not-so-secret" menu by now which you can look up online in advance but I decided to get the regular burger since it was my first time there. I placed my order at the cashier, started the fun game of looking for a seat and waiting for my number to be called out. As mentioned, I ended up finding a spot right outside in the alley where people had to stand and eat.

Burger + Duck Fat Fries + Coke ($140) - my order was brought out to me on a cute wooden cutting board after 10-15 minutes wait. The burger was really small especially for the price but I was willing to overlook that if it was really amazing - except it wasn't. Served with cheddar cheese, glazed bacon, tomatoes, pickles and onion spread, the burger definitely has potential as the beef patty was actually quite tender and juicy. It was just really salty for some reason as if someone went crazy with the salt while doing the seasoning. It was so bad that even downing my can of coke didn't help and I ended up not finishing my tiny burger. The duck fat fries were decent but ended up tasting salty as well (not sure if it had to do with the burger which probably screwed up my taste buds by then). [2.5/5] 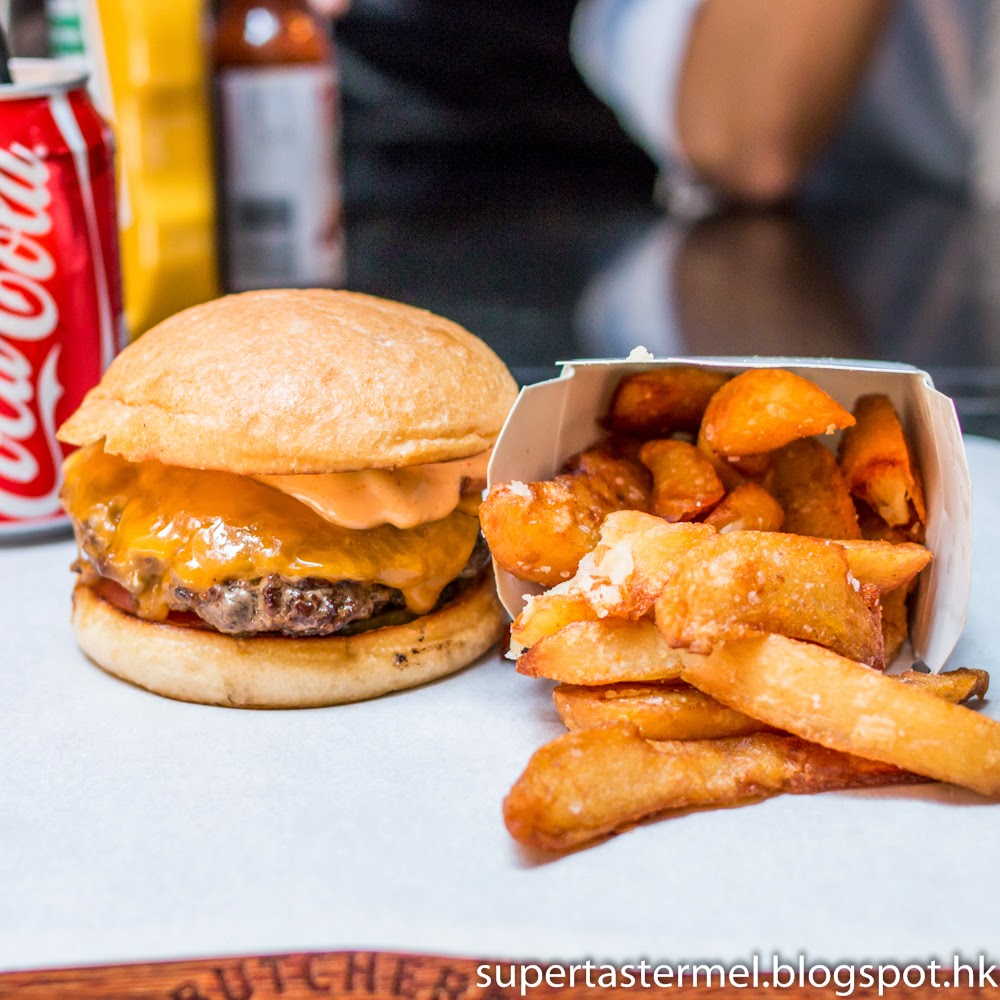 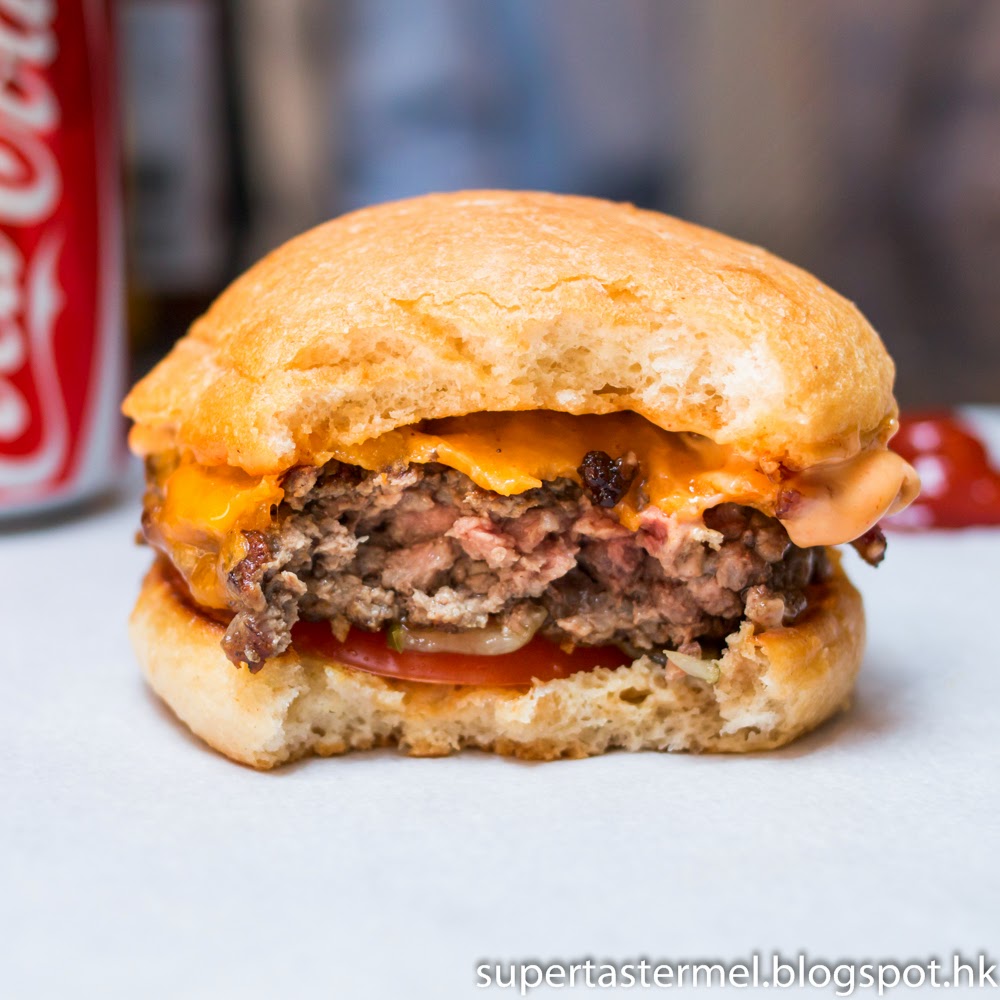 Verdict - would I return? Probably not. Combined with the high prices, small portions and the "seating" environment, it's not the first place that would pop to mind if I wanted burgers.