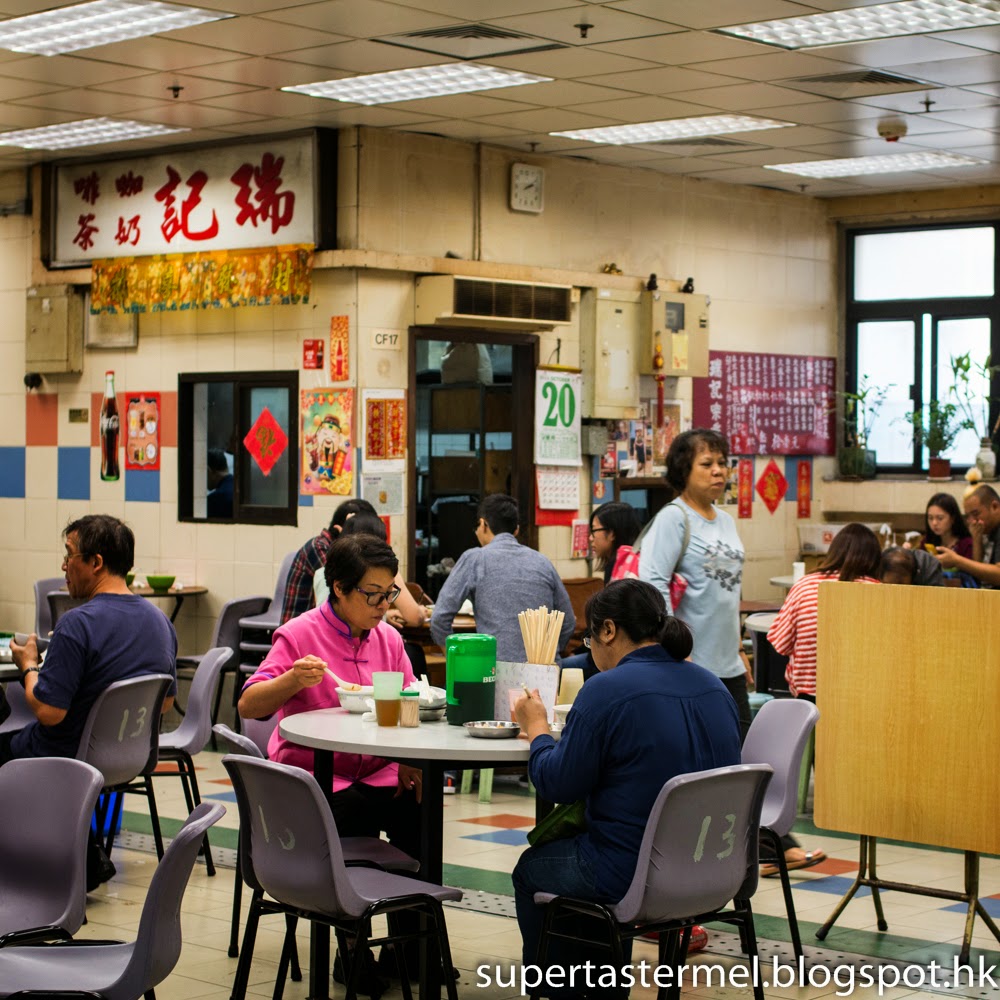 Located in the Sheung Wan Municipal Building, 瑞記咖啡 is an old school HK cafe that feels like it's been preserved in time. Even the menu prices were written in an old terminology in Chinese that was quite hard to decipher so I actually didn't know how much the items were when I placed my order. I already knew that this shop is famous for its cold milk tea and HK style french toast so I ended up trying just that.

The tiny shop was manned by 2 people and one of them is an old grandpa who takes the orders and cleans up the dishes while the other is the cook. The grandpa was very nice and friendly even though he can be forgetful sometimes but a few nudging will do the trick. The entire place just feels like neighborhood joint and not a place that is commercialized and out to squeeze every penny from its customers. I imagine that perhaps many shops were like that in Hong Kong back in the days unlike now. 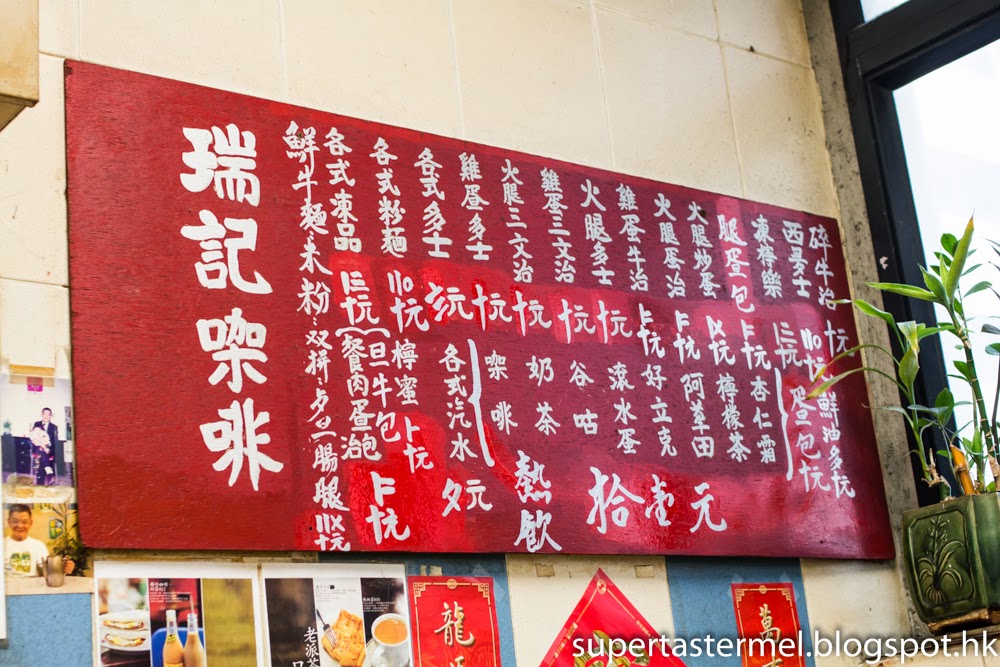 Bottled Cold Milk Tea ($13) - I like my milk tea hot because I find that very few places can make cold milk tea well as most tend to turn out watery and taste like sugar water. Since I hear that this shop is famous for its cold milk tea since it doesn't have any ice in it, I decided to give it a try here. The milk tea arrived in an old school soda glass bottle but unfortunately it turned out exactly what I was afraid of - watery and sugary. The texture was much too thin so it could have definitely used more milk to balance it out. The tea flavor was also not prominent at all. [2.5/5] 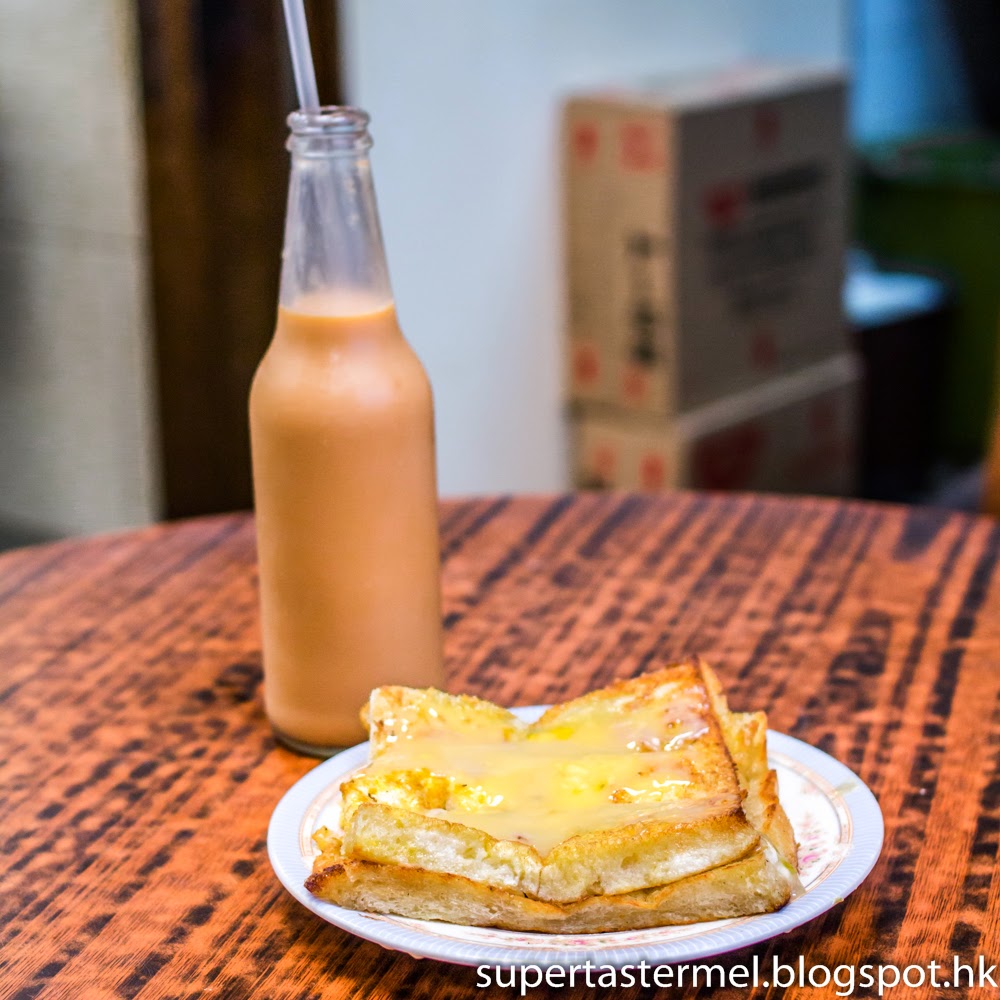 HK Style French Toast ($23) - luckily the HK style french toast was much better! Prepared in an old school way as it was pan-fried instead of deep fried and served with condense milk instead of syrup, it was my first time eating HK style french toast prepared this way and I love it as it had a more eggy flavor and just felt more healthy with a homemade nostalgia to it. It can feel a bit too sweet with all that condense milk but I found it perfectly delicious. [4/5] 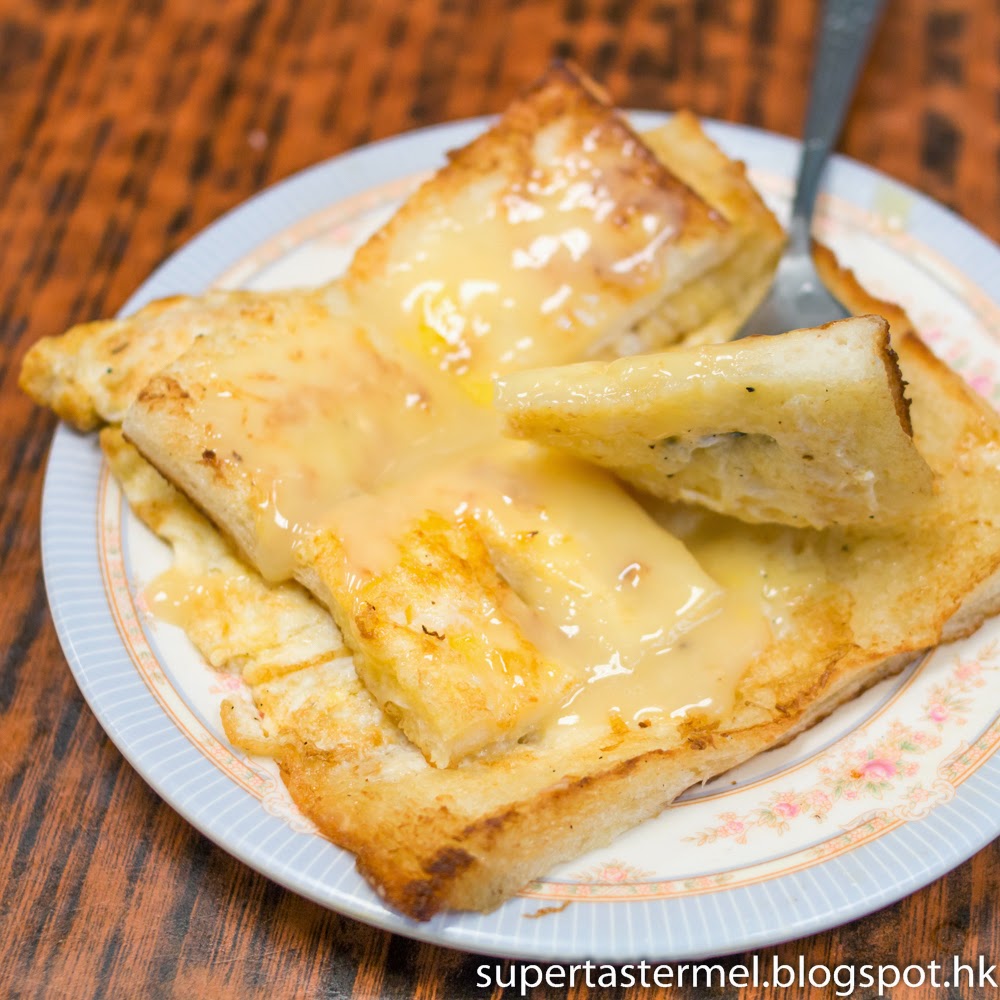 Verdict - I hear that this shop is also famous for its egg and beef sandwich so I'll be game to come back here to try that along with some more of that french toast!