Chef Akrame Bennallal of the 1* Akrame has imported yet another one of his restaurants from Paris into Hong Kong - Atelier Vivanda which is a contemporary French bistro specializing in meat and potatoes. The new restaurant is located just down the street from Akrame with the same sleek and stark decor while the design of the semi al fresco dining area in front similar to 22 Ships as it seems you can sit on the outside of the restaurant as well.

The menu is simple and small with a 4 course set menu to choose from for $448 with your choice of starter, main, side and dessert. I was here with a girlfriend on a Saturday night and perhaps because it is still quite new, the restaurant was half full and not too noisy which was great for a night of chit chat! 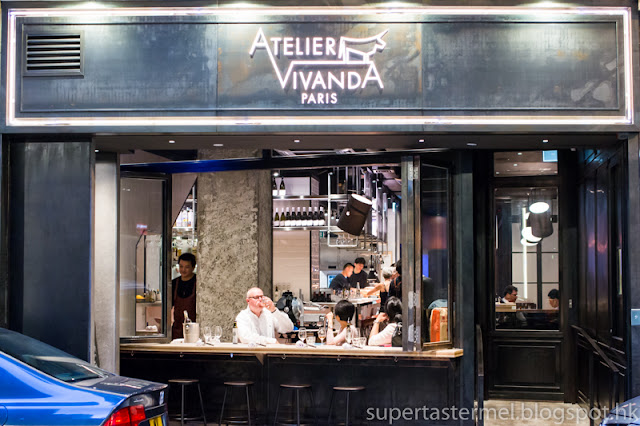 After we ordered, we were given some baguette in a cute paper bag along with olive oil. The baguette wasn't warm or soft enough while the olive oil was interesting as it was spicy! 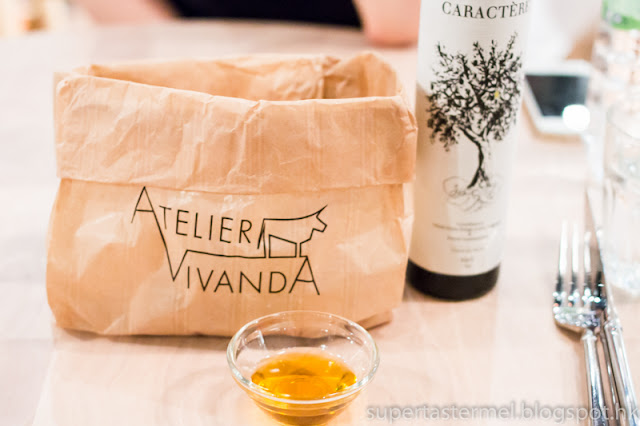 The Ceasar Salad with sesame and cashew nut was average while the portion seemed to be on the small side. 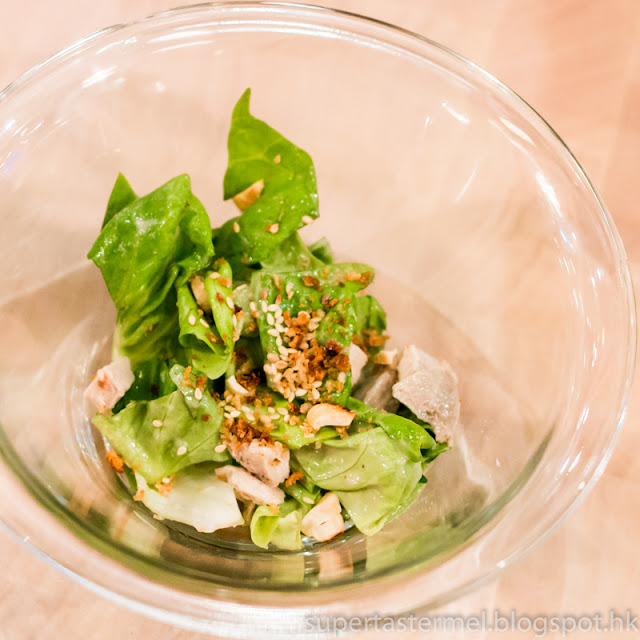 The Duck Leg Terrine with vinegar and baby onions was decent though I wished the texture could be less coarse. 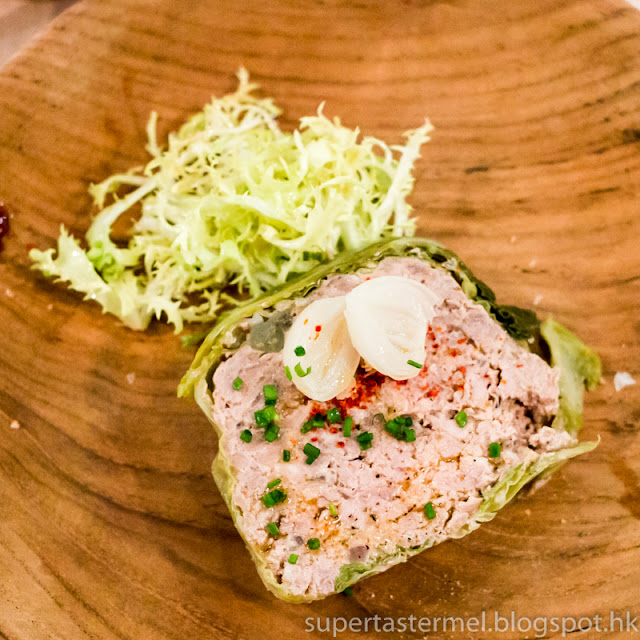 The Yellow Chicken Breast was tender enough but it could have been more flavorful. 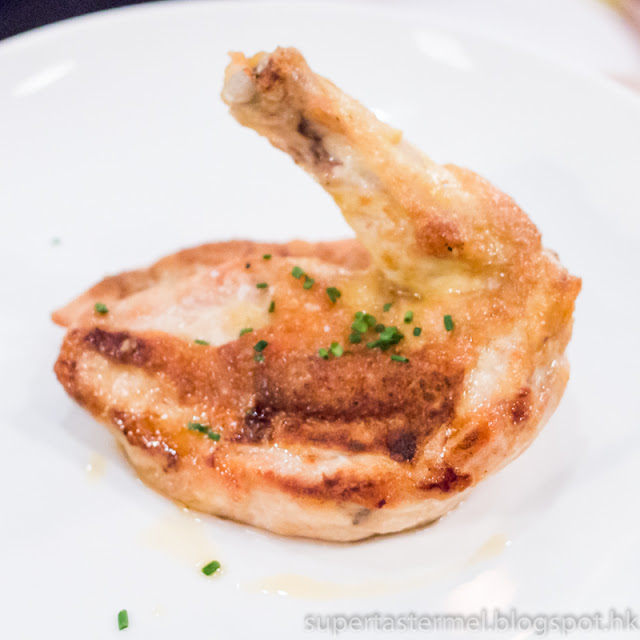 The Le Croquavor is one of the signature dishes here which I was really excited to try! Dubbed "a way of reinterpreting the burger", the beef patty came between two thick pieces of toasted baguette and a layer of comte cheese. Unfortunately I was more impressed with the flavorful bread than the beef itself which tasted a bit oily to be honest. The "burger" was also hard to cut with the knife provided so the beef patty fell apart while I was trying to cut it into bite size portions. I think it would have been better if it had arrived pre-cut in half already. 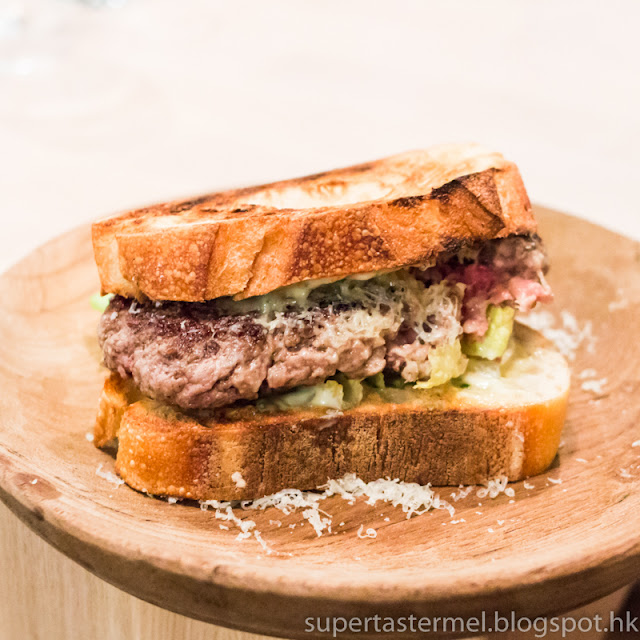 The potato sides here were well-executed here though especially the Gratin Dauphinois with layers of baked potatoes slices and cream. 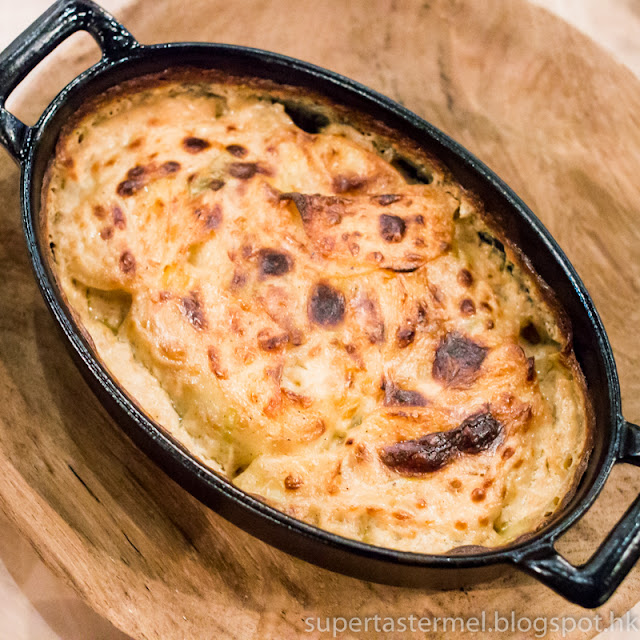 The Pommes Dauphines or deep-fried potato balls were also addictive to eat. 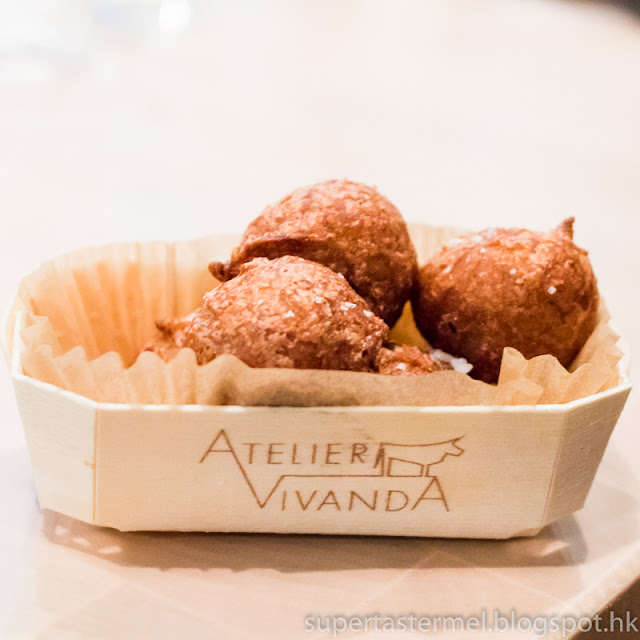 Dessert is always my favorite part of the meal and this Caramel Profitoclaire with chocolate tonka did not disappoint! 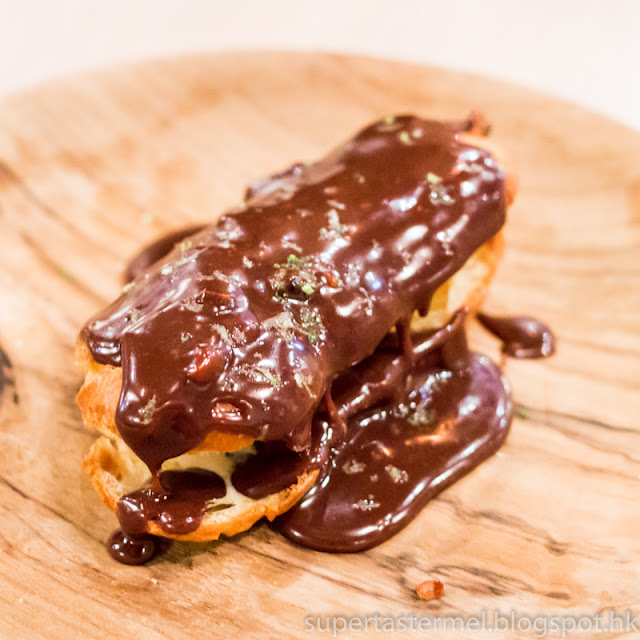 The Creme Brulee was a bit of a let down though as the burnt sugar layer on top was too thick while the flavor of the custard could have been richer. 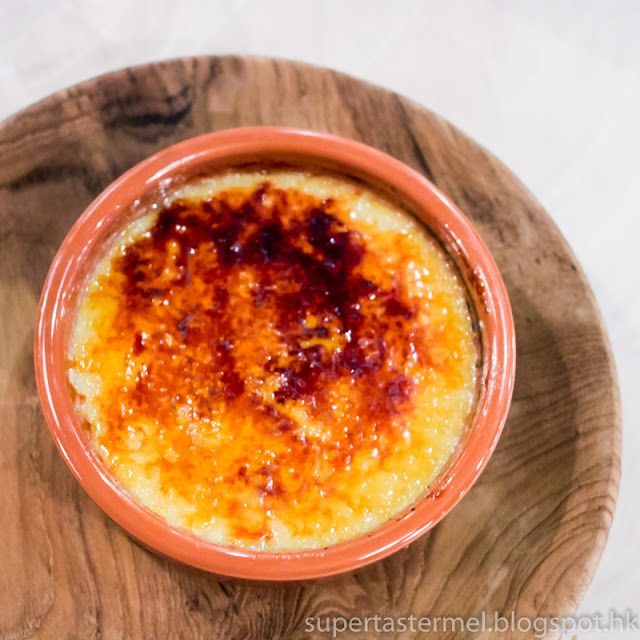 Verdict - while the concept is good and the price is fair, I was hoping for a bit of a wow factor like my previous experience at Akrame but nothing really stood out in my mind based on my experience on this night. I'm still on the fence here and don't want to rule it out yet so maybe I will go back to try the duck breast and other cuts of beef next time.