I was following J to our dinner destination in Ginza one night and all of a sudden we left the busy streets behind us and turned into a tiny alley where I found myself at Sushi-ya - a cozy 8 seater sushi restaurant run by 28 year-old Takao Ishiyama who has apprenticed at Saito and Kanesaka before opening his own shop last year. The name is rather simple and generic as it simply means sushi restaurant while prices are reasonable at under ¥20,000 for dinner omakase.

The first of our tsumami (appetizers) was this deliciously fresh and snappy shirauo (白魚) which is Japanese anchovies. 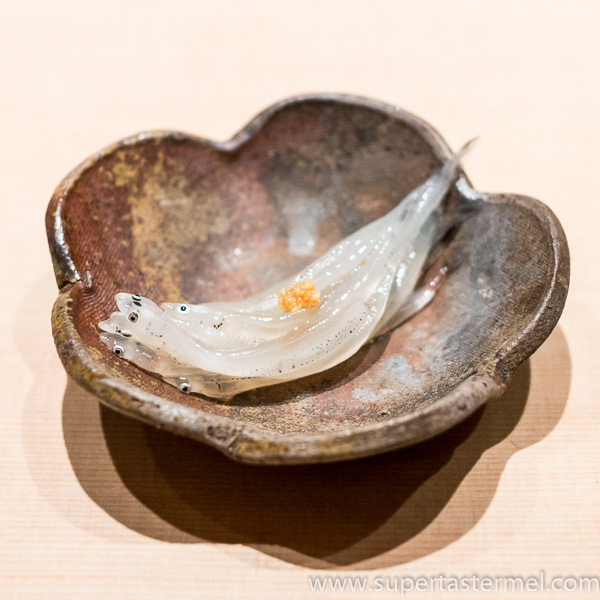 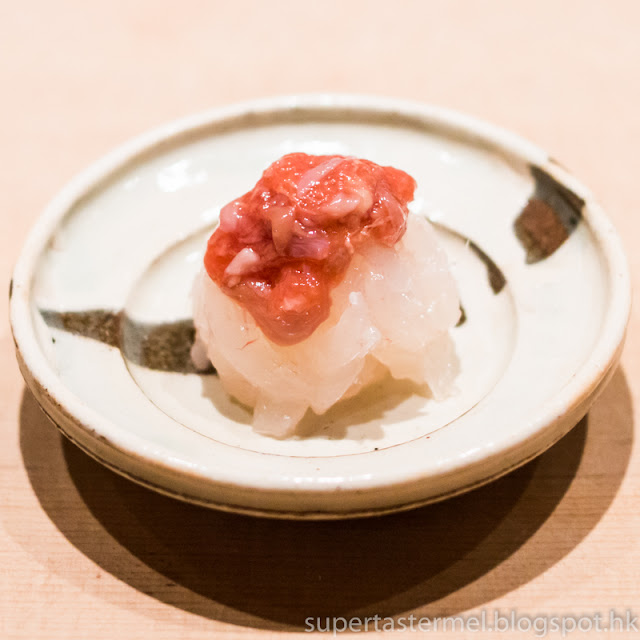 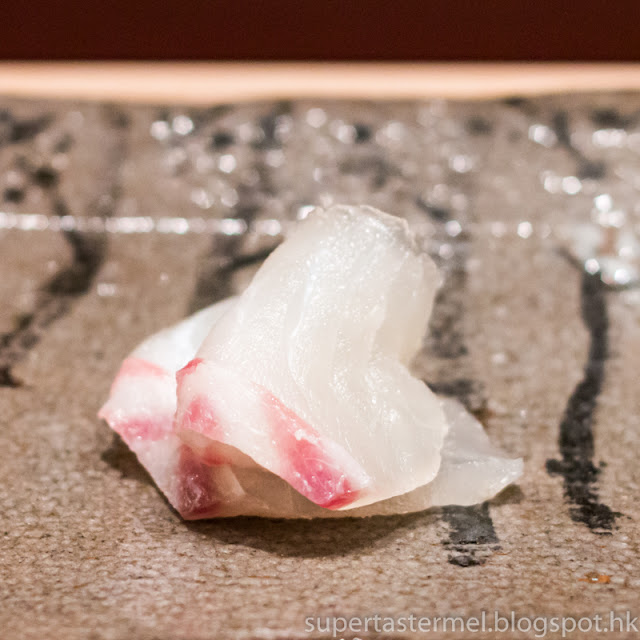 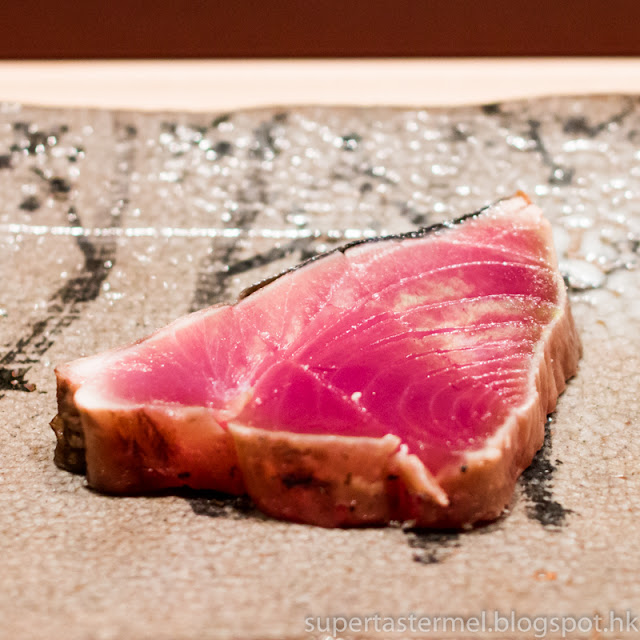 J's favorite tsumami here which was the grilled nodoguro with scallion shoots  (のどぐろ炙り 芽ネギ). What a delish combo! 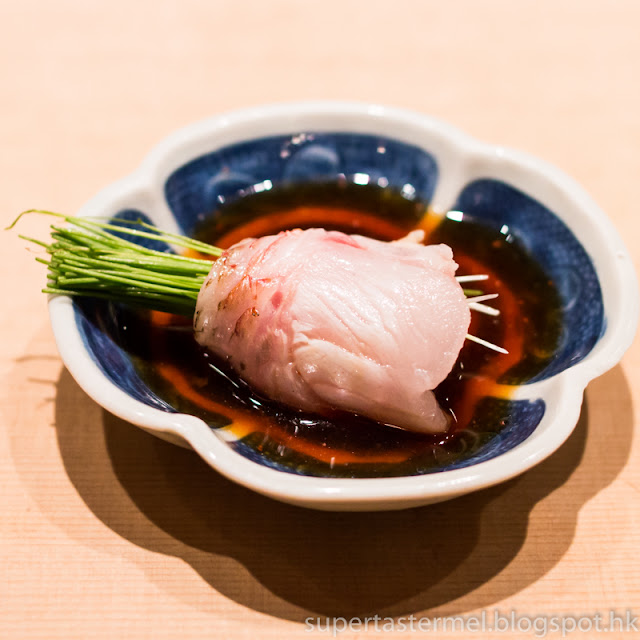 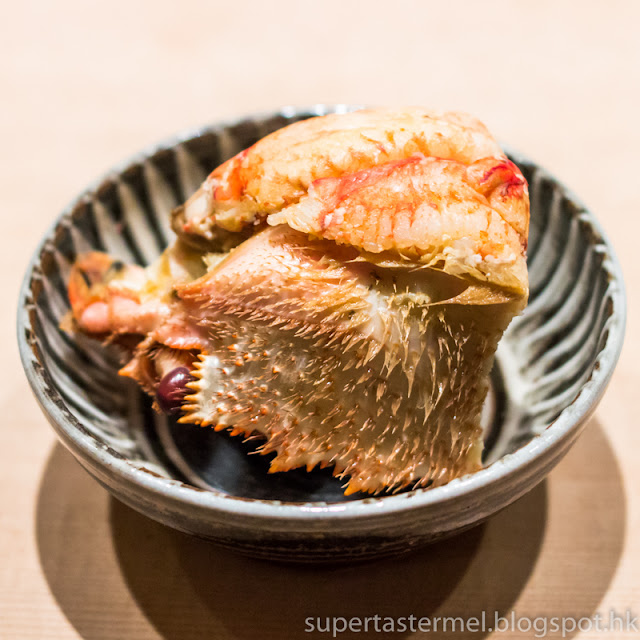 Umm for this next tsumami, we were served the shirako (白子) which is the milt of cods. I can't say that I fully enjoyed it as the texture and taste didn't quite sit well with me. It was probably my least favorite item of the night. 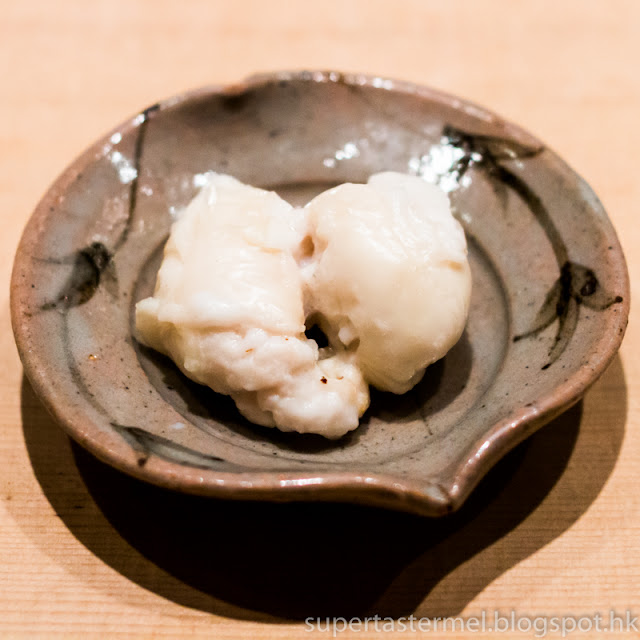 We were in for a special treat with this rare delicacy that is dried sea cucumber ovaries! Called konoko or kuchiko, this apparently takes a lot (hundreds) of sea cucumbers to make since not every sea cucumber has one and each one only produces a small amount. It was very interesting to eat as the texture was slightly chewy like that of dried shredded squid. Never thought I would be eating sea cucumber ovaries when I stepped through the doors that night! 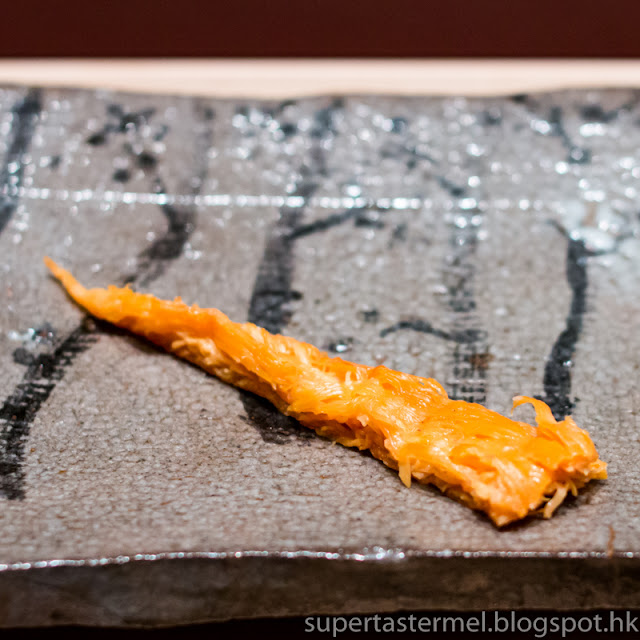 A favorite in the past, J says that the ankimo (鮟肝) was not as tasty as before. Indeed compared to others I've had, the ankimo we had that night was a bit light in flavor and not nearly creamy or rich enough. 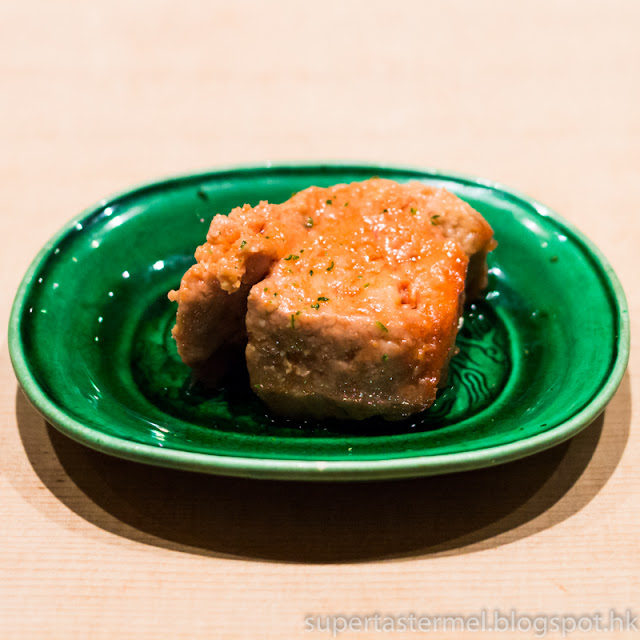 Our 10 courses of tsumami came to a close with this grilled tachiuo (太刀魚焼き) which was sweet and flaky to eat. 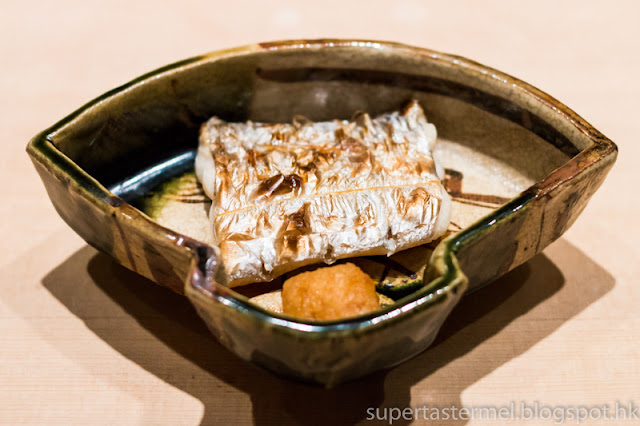 Our 12 pieces of sushi started with this Kanpachi (間八). 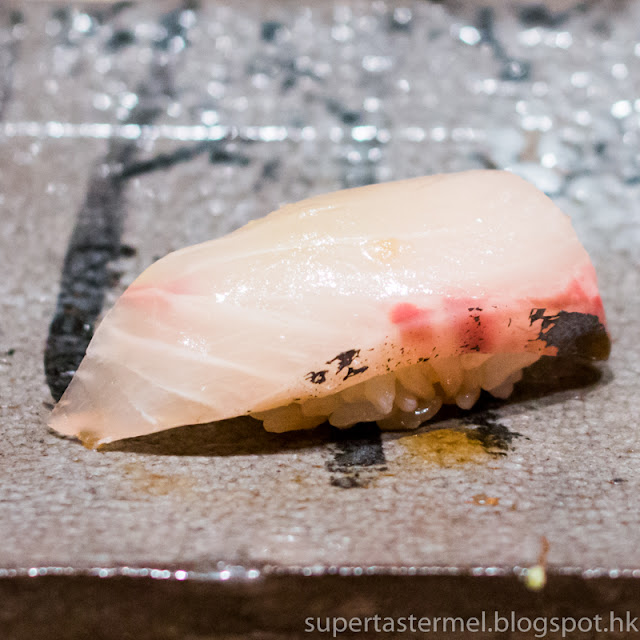 The Kisu (鱚) was exceptionally good and probably my favorite sushi of the night! The flavors were superbly balanced with the addition of a sprinkle of kabosu on top and a herb leaf under the fish. 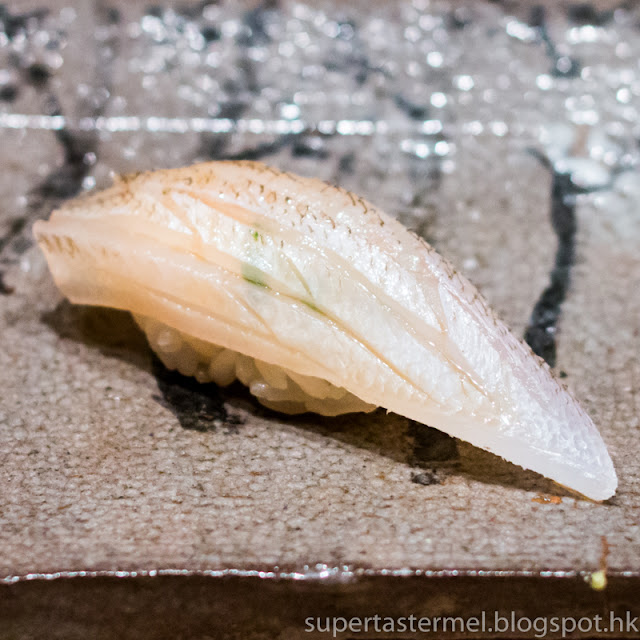 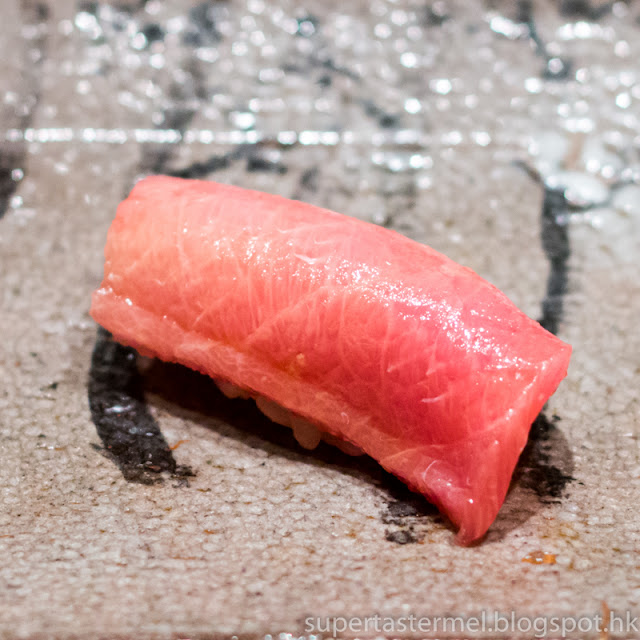 Aside from the ankimo, we also found that the Otoro (大とろ) didn't taste as rich as we thought it would be. We tried to ask the chef about it but he said there was nothing irregular with the fishes during this time. 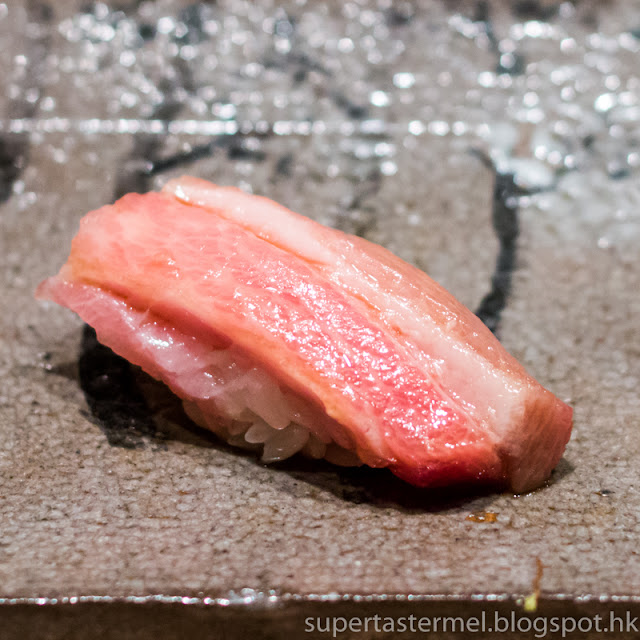 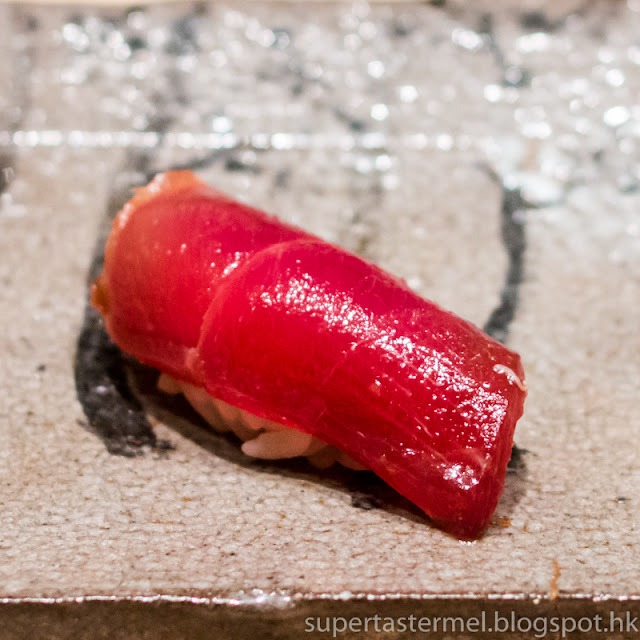 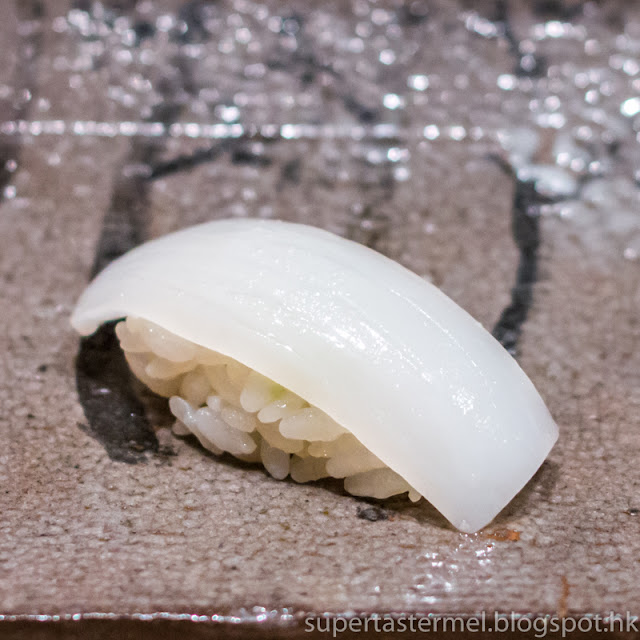 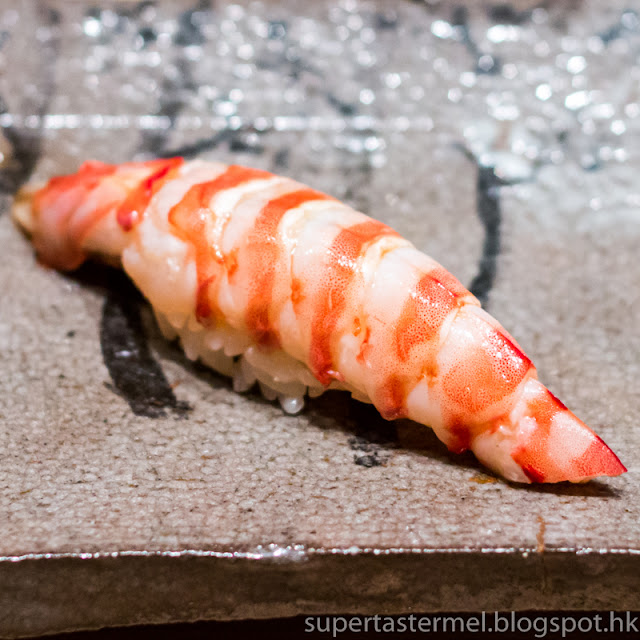 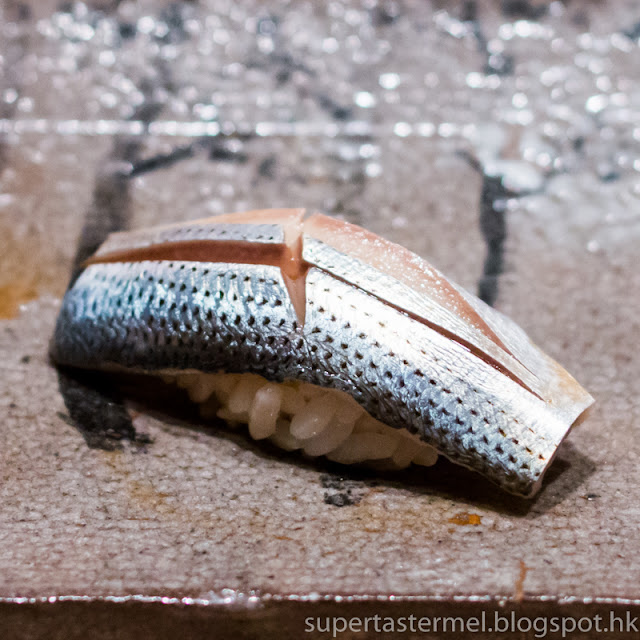 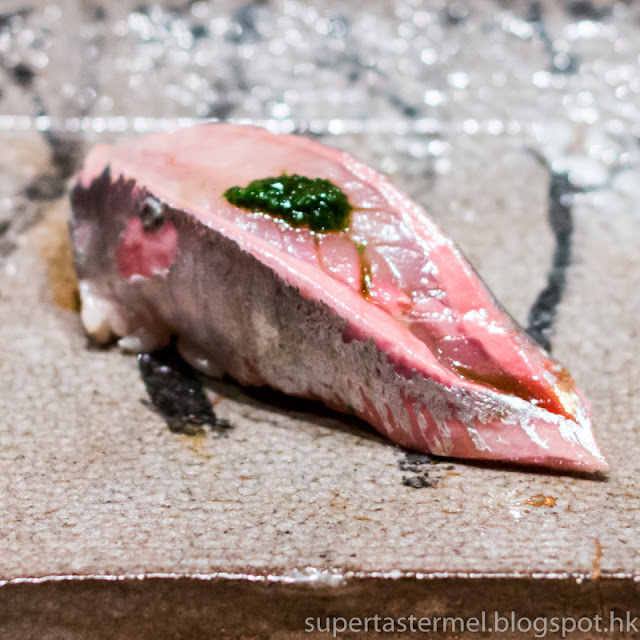 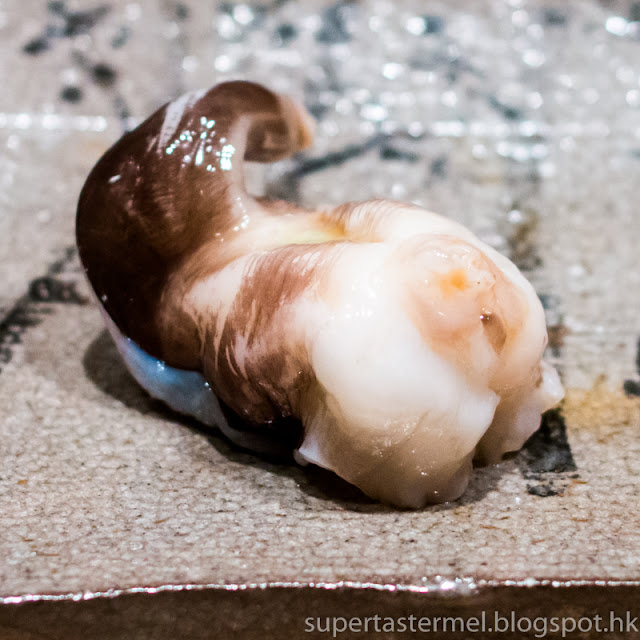 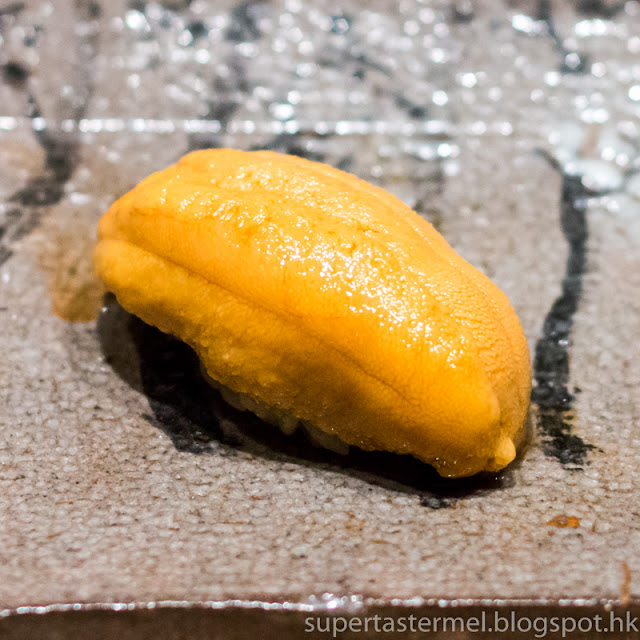 I wasn't so hot on the broken appearance of the Anago (穴子) at first but the flavors didn't disappoint! 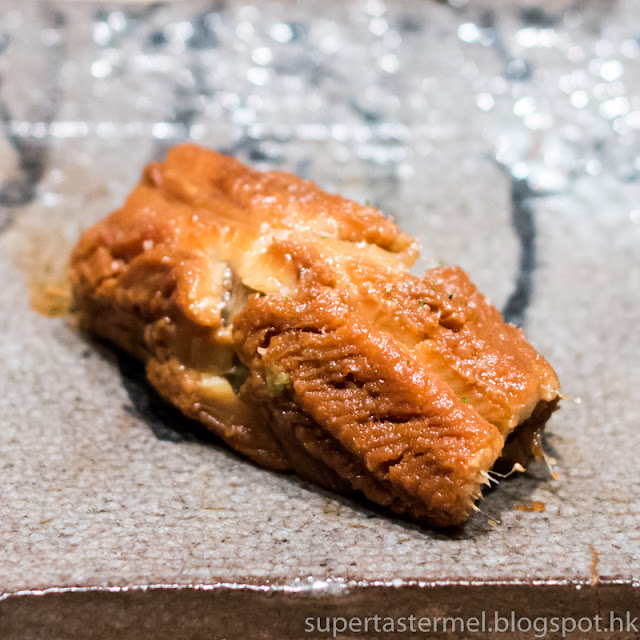 Some sweet gourd Kanpyo Maki to wrap up our meal. 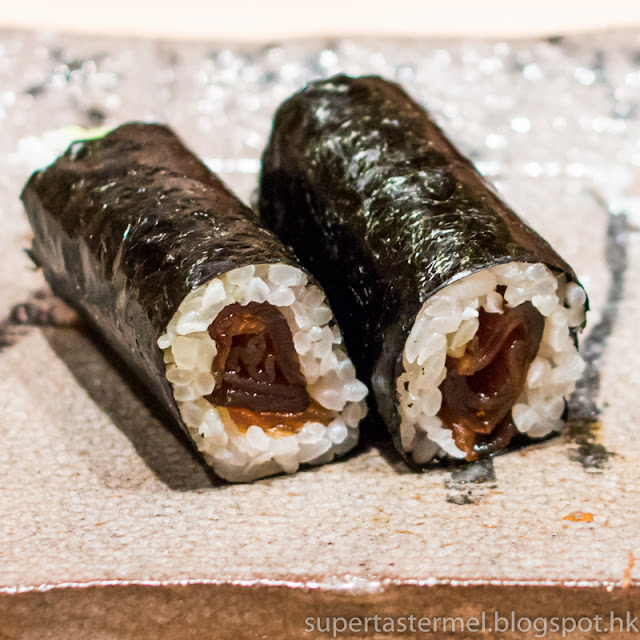 Finally we were served the Tamago (玉子) which signified the end of our dinner omakase at Sushi-ya! The rich eggy flavor of the tamago was satisfying to eat along with its firm texture. 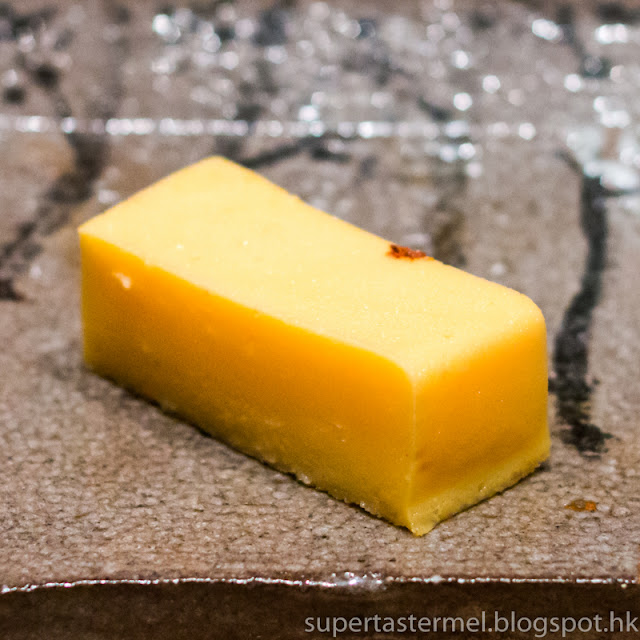 Verdict - overall, I felt that the tsumami here at Sushi-ya was more impressive than its sushi while the value for money is absolutely high with the level of sushi that you get. Watching the chef make the sushi was a performance in itself as his movements are big yet graceful - almost like a conductor at a symphony. This is definitely a sushi restaurant that I will revisit again!