[Hong Kong] The Optimist - The Glass Half Full?

Date night at The Optimist! It's been a while since J and I have tried anything new together recently so I decided to make a reservation for dinner at this newly opened Spanish restaurant one night. The location on Hennessy Road is bustling but once you step inside, you feel like you've been transported to a different place with its chic and trendy bar on the ground floor, main dining room on the first floor and private dining on the second floor. From the team behind Pirata, The Optimist focuses on Northern Spanish cuisine where diners can select fresh seafood and meat to be grilled so don't expect paellas or tapas here. I quite liked the casual ambiance here actually while the service was very friendly as well. The menu is a la carte with many options for appetizers, seafood and meat so it's best to come with a large group if you want to try more things. 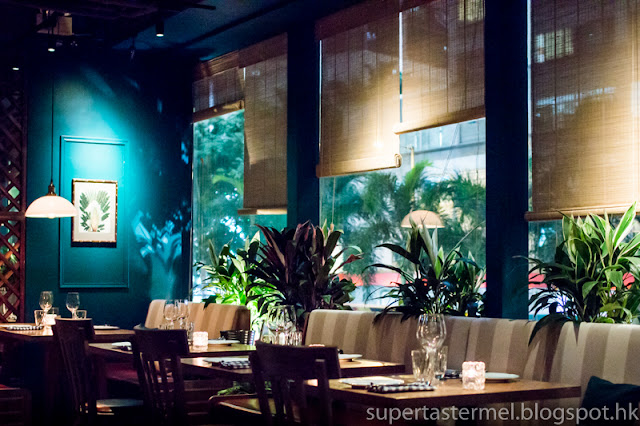 The complimentary bread was not warm and came with 2 dips - sour cream and tomato. We liked the sour cream but thought that the tomato was a bit too runny. 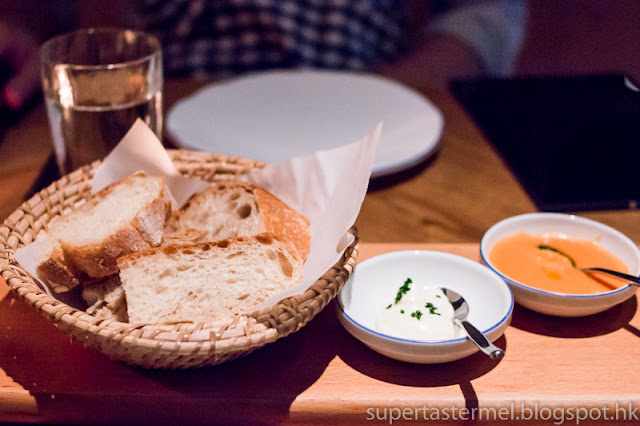 Broken Eggs "Huevos Rotos" (HK$80) with Iberico ham, chorizo, potatoes and eggs, and I was told to break the yolk and mix it all up. Flavors were rather one dimensional and probably could have used more eggs and less potatoes. The potatoes could have used more texture such as making the edges or outside more crispy so it can provide more contrast as well. 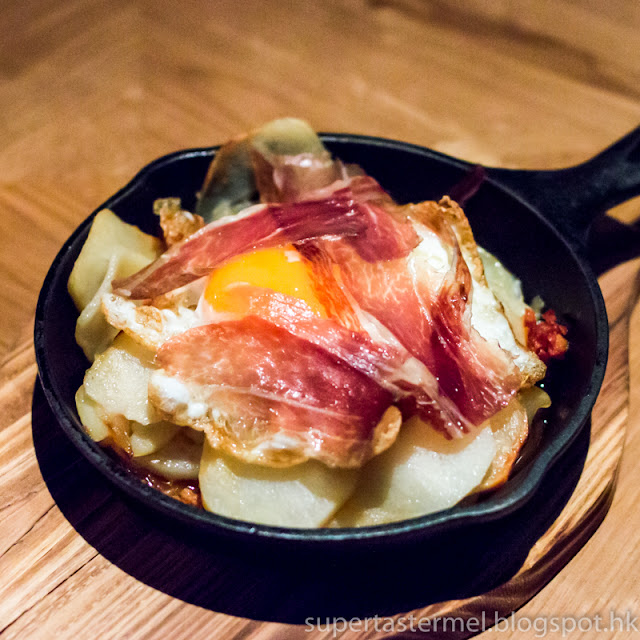 Grilled Octopus (HK$220) with potato, garlic and ajada sauce. The texture was definitely on point with a chargrilled crispy exterior while still tender on the inside but the flavors were rather bland and not flavorful enough. I love grilled octopus and this was just lacking the oomph to make this a home run. 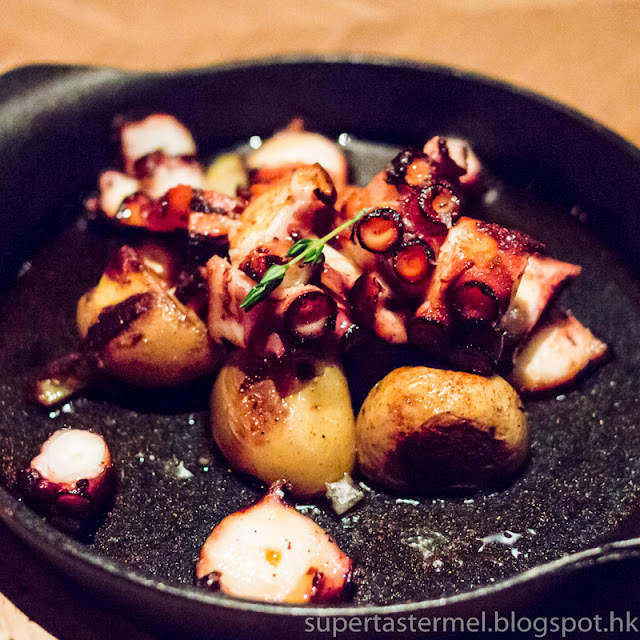 Entrecote (HK$450) - 21 days aged Spanish rib eye with potatoes and vegetables. We had asked for the beef to be cooked medium rare and it arrived more like medium which was okay too. The only thing was that the beef was a bit too oily which made it hard to finish it all between the 2 of us. 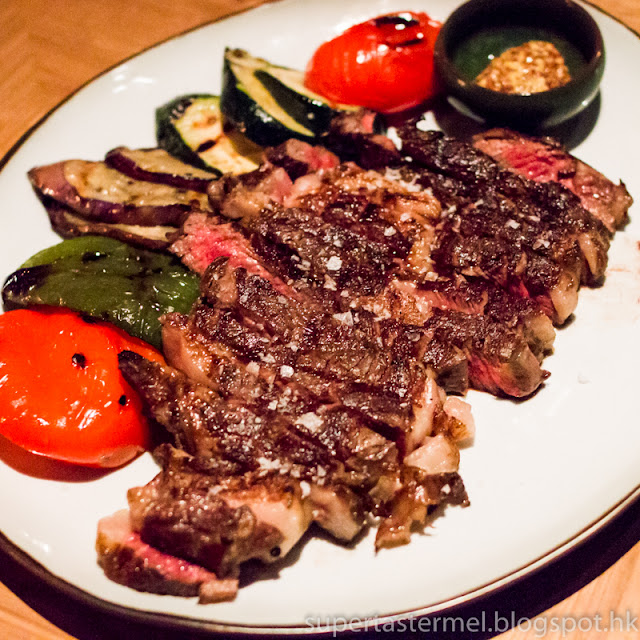 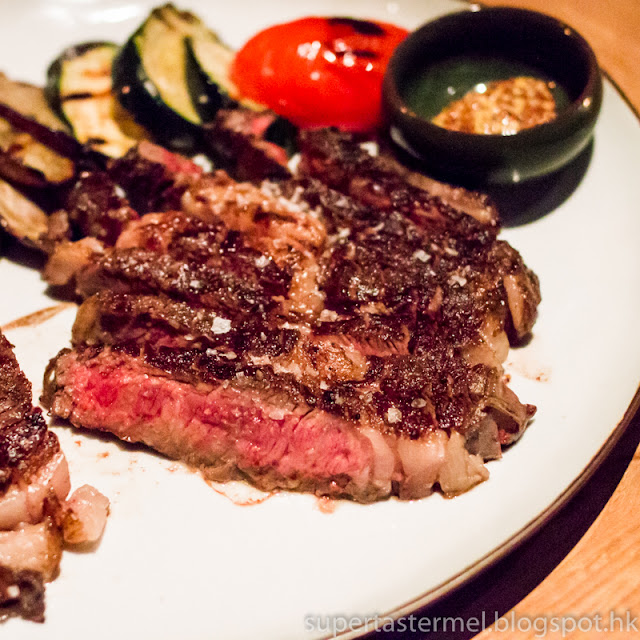 I was really looking forward to the Alfredo's Warm Apple Pie (HK$95) with puff pastry, green apple and vanilla sauce and while the puff pastry was flaky and crispy, the apple flavor wasn't pronounced enough as the apple slices were probably too thin. 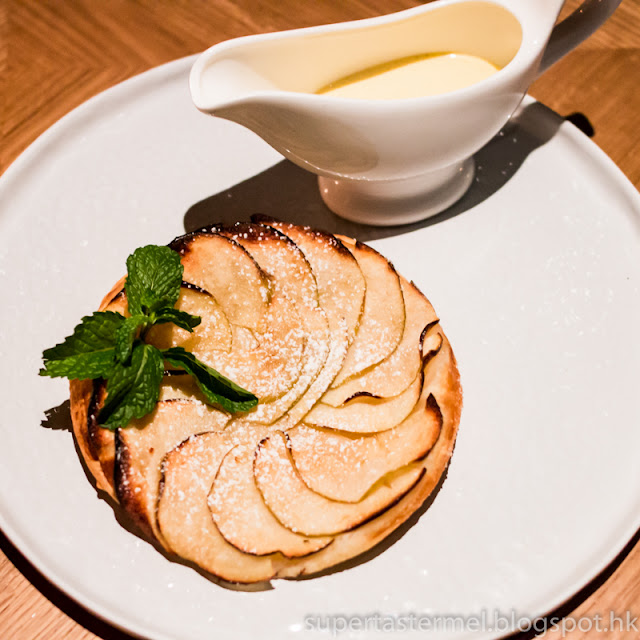 Verdict - in general, I thought the food was alright but not particularly impressive. I did liked the dining experience and there's always a thrill with trying something new so the half glass full in me would say that The Optimist is worth a try at least once as it does offer a new dining experience in the heart of Wan Chai.