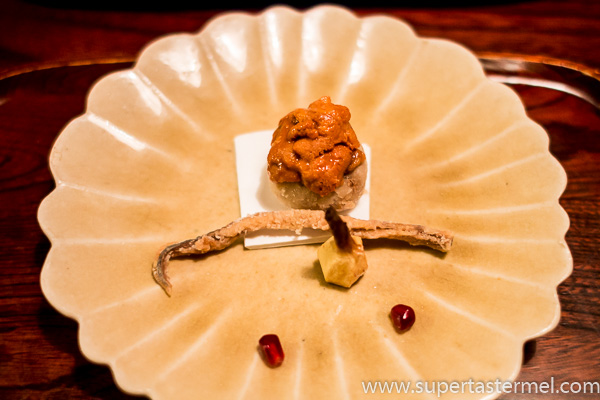 Our last meal in Kyoto was at the highly recommended Tempura Matsu in Arashiyama. Although the restaurant started out as a tempura place, the menu has now evolved into modern kaiseki served by the chef's son who had trained in Chicago. Pictures of its cold noodles served in ice blocks made the rounds on social media recently and I was definitely excited about eating here. Maybe my expectations were too high but unfortunately our dining experience turned out to be pretty disappointing. When we showed up, they acted as if they weren't expecting us and as we had requested counter seats, they hastily set up 2 seats right in front of the deep fryer since the counter was pretty much filled up. Our seats were less than ideal and far from the action which defeated the purpose of sitting at the counter so we moved to a table instead, and for most of the night we were forgotten like second-rated citizens.

For dinner, we had a choice between the ¥10000 and ¥15000 course and we went for the more expensive one. I was hoping that the food would be good enough to make up for the service issues but while the food wasn't bad or anything, it also wasn't as impressive as others made it out to be. It's certainly not the best kaiseki in Kyoto and I've had better kappo in Tokyo as well. I guess I just didn't really get the hype around this place and it wasn't worth the trek from central Kyoto in my experience. 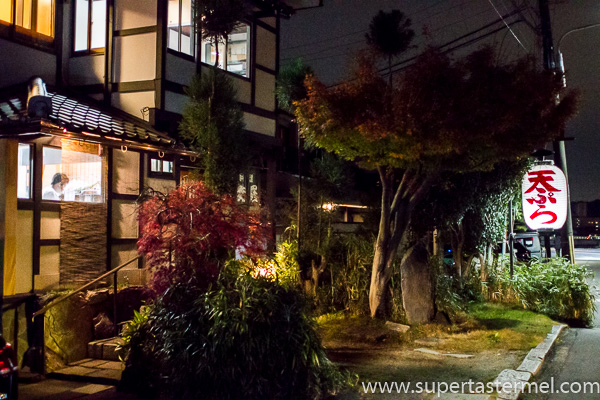 Located along the river, the decor of the restaurant was rustic and homey, and it looked more like an izakaya than a kaiseki restaurant which tends to look more formal.

The first dish we had was the Grilled Karasumi on top of ginkgo rice with persimmon in tofu sauce on the side. The karasumi (dried mullet roe) was grilled lightly on red hot charcoals right in front of us so we smelled the enticing aromas immediately. Due to its sticky texture, I've always thought that karasumi is best eaten in thin slices and I felt that this was a bit too thick for my liking. 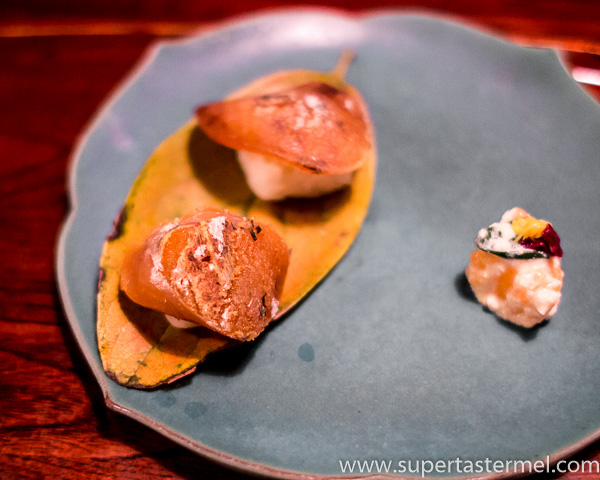 The Oyster Tempura was rather bland and failed to impress. 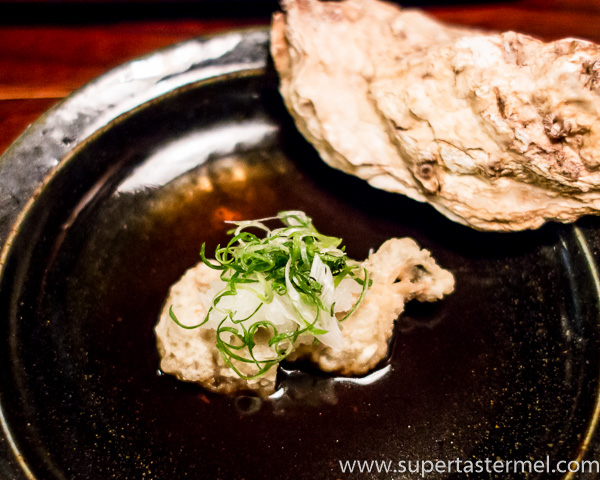 The Ebi Soup with sakura ebi and daikon was one of the more impressive dishes of the night with its rich umami flavors. 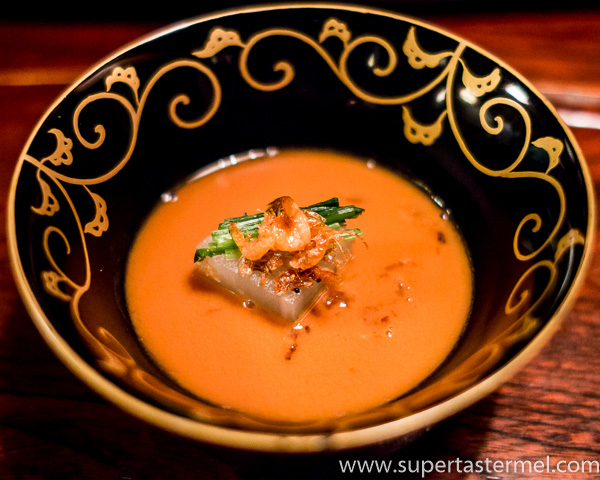 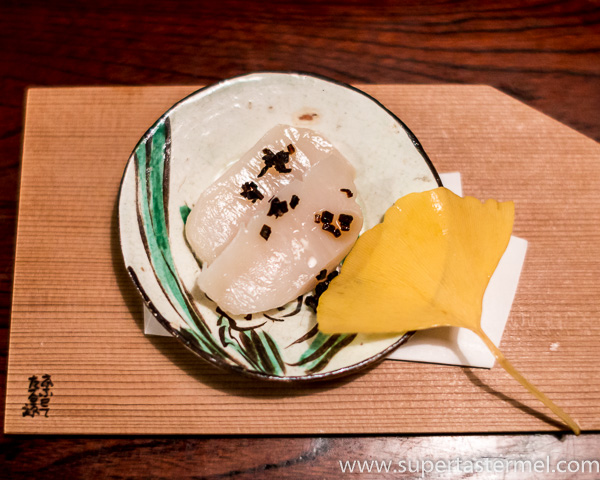 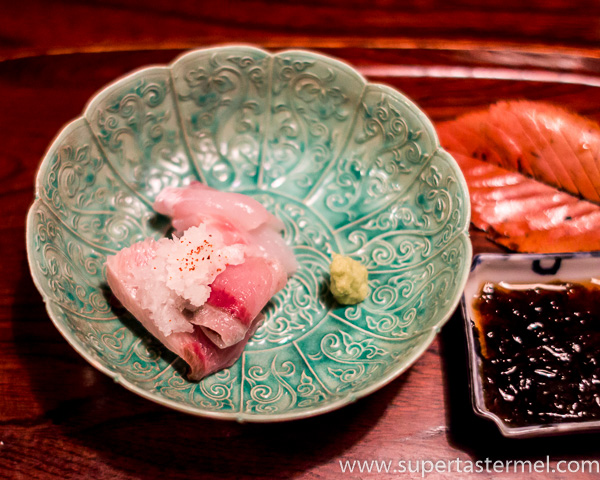 Sawara no aburi with shoyu jelly and citrus 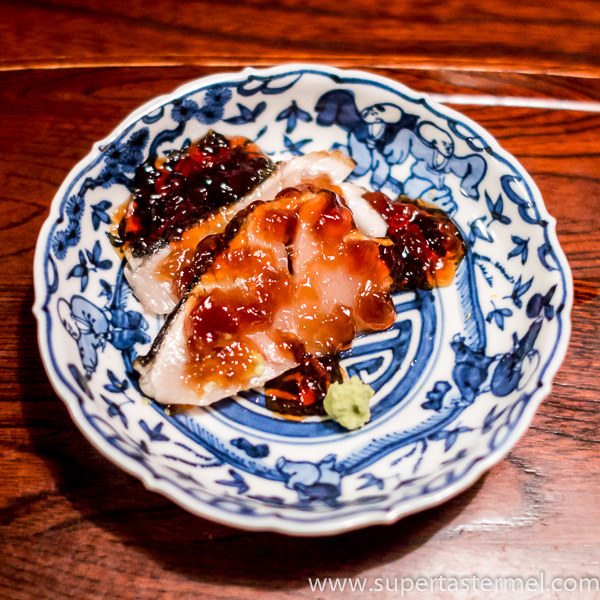 As it was snow crab season, we got served snow crabs from Ishikawa prefecture which is one of the most famous area for the crustacean. The blue plastic tag signifies that the crab is caught locally and they made a big deal of showing that tag to us when the dish was brought out. 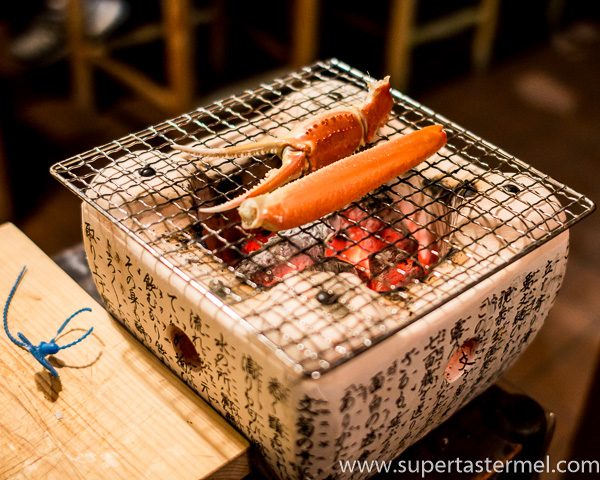 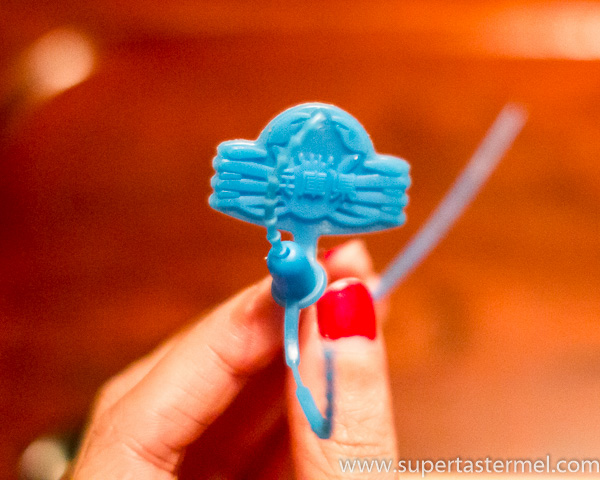 After the crab legs were lightly grilled in front of us, the meal was taken apart and made into a nigiri. 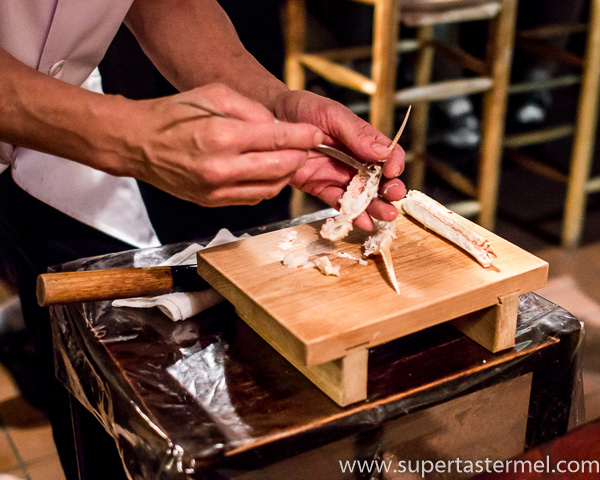 We got to try both male and female snow crab with the the male snow crab (kanou-gani) made into sushi and the female snow crab (kobako) served in its shell. It was quite interesting to eat the kanou-gani as sushi which was topped with a liver sauce but I had more flavorful and fresh-tasting crab just a few days before in Tokyo at Shimbashi Kyuu. 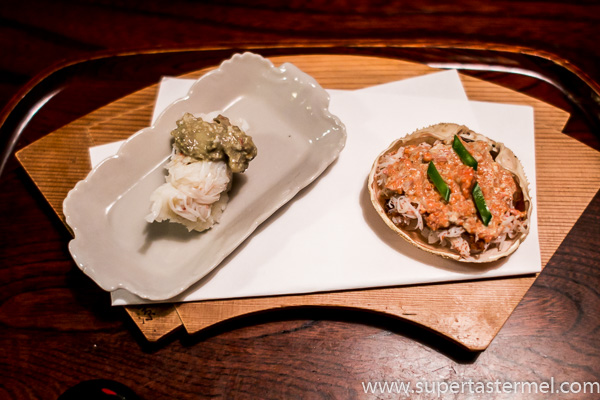 We then had four pieces of tempura each but for a place that had its origins in tempura, they were pretty lackluster while hard and oily. It wasn't fluffy light at all like the ones we had at Fukamachi in Tokyo earlier on this trip. 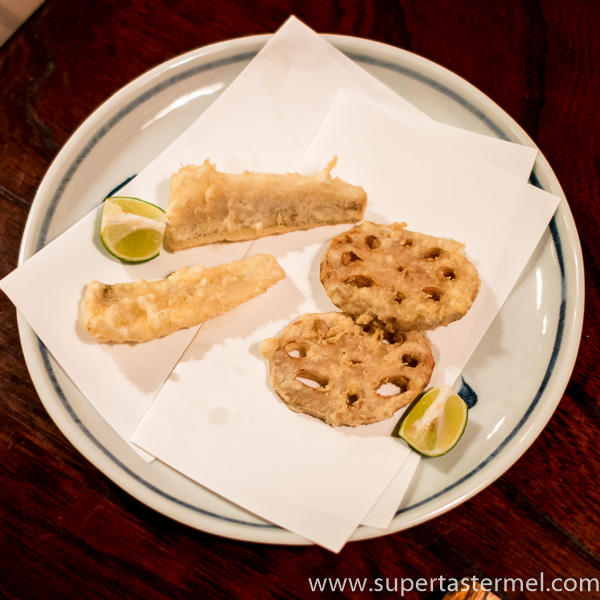 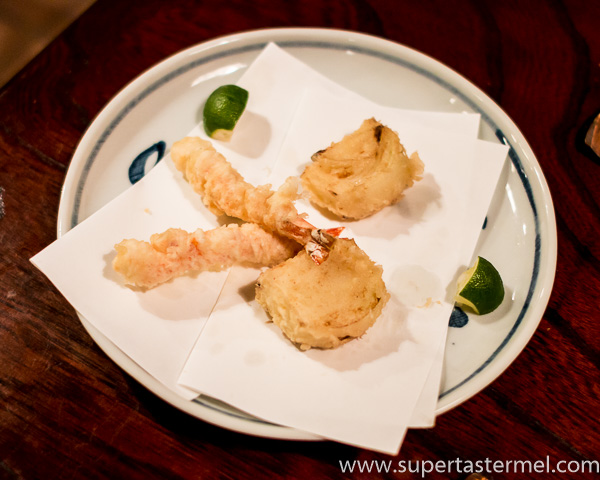 As it was winter, we didn't get served the chilled soba in an ice cube but hot Homemade Udon with Tamago and Shirako instead. 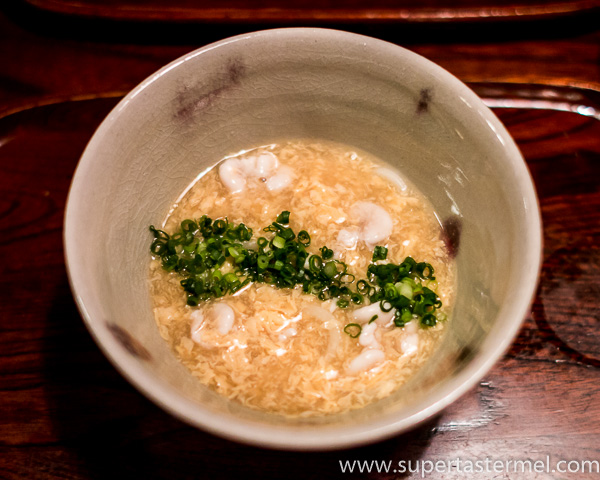 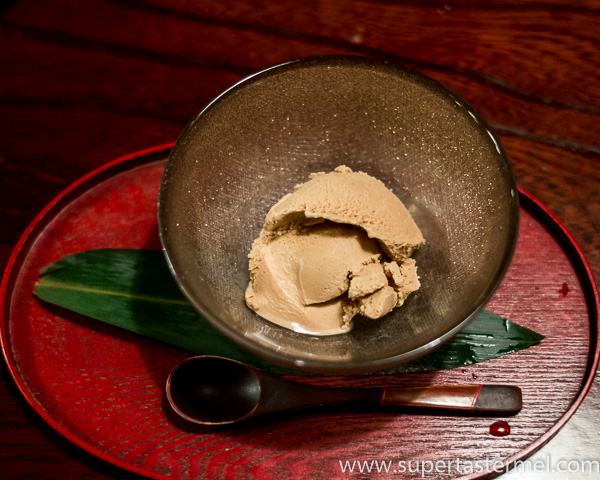 To be fair, the food at Tempura Matsu wasn't bad but albeit ordinary as only one or two dishes really stood out to me and the overall meal just didn't meet my expectations. Interestingly enough, I found a blog post about a recent visit to the restaurant where locals and tourists were served seemingly different items with the locals receiving more expensive ingredients and creative dishes. I didn't sit at the counter so I couldn't see what other patrons got but towards the end of the meal (as more people left) we could see people getting different desserts while we only got offered ice cream. I just wondered if that attributed to my disappointing experience at the restaurant.