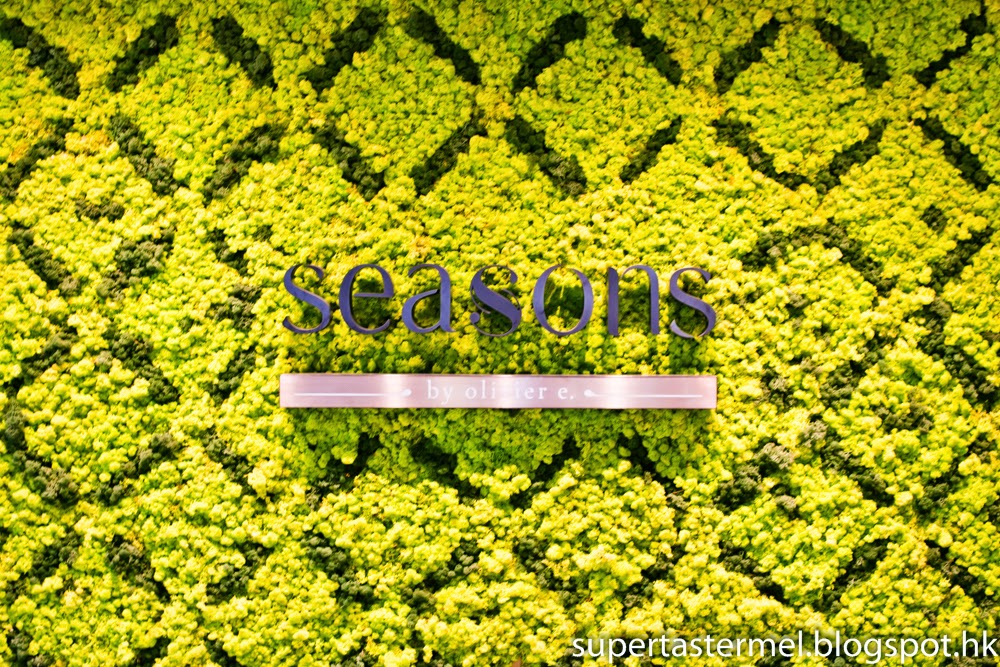 After reading several bad reviews online, I was hesitant about trying Seasons by Olivier Elzer, the former head chef at Pierre and L’Atelier de Joël Robuchon, so when my friends wanted to try, I suggested to come here for lunch instead to minimize the blow to the wallet in case the experience was horrible. Luckily, it turns out that I had nothing to worry about.

Located in Lee Gardens Two, the restaurant was expansive with seasonally themed spaces where you can find Winter in the private room, Autumn in the main dining area, Spring in the green house room and Summer in the garden terrace. We were seated in the main dining room where we can observe the actions of the staff through the open kitchen.

The set lunch are priced very reasonably at $288 for 3 courses, $368 for 4 courses and $448 for 5 courses where you can freely choose items from a pre-selected menu as long as you stick to one main dish. We all opted for 5 courses so some of our friends chose to have all savory and no desserts while others wanted 2 desserts. As you can imagine, this created some difficulty in timing our dishes so that everyone's main came at the same time but I thought the restaurant handled it quite well even though it meant that some people didn't have any dishes in front of them while others ate. 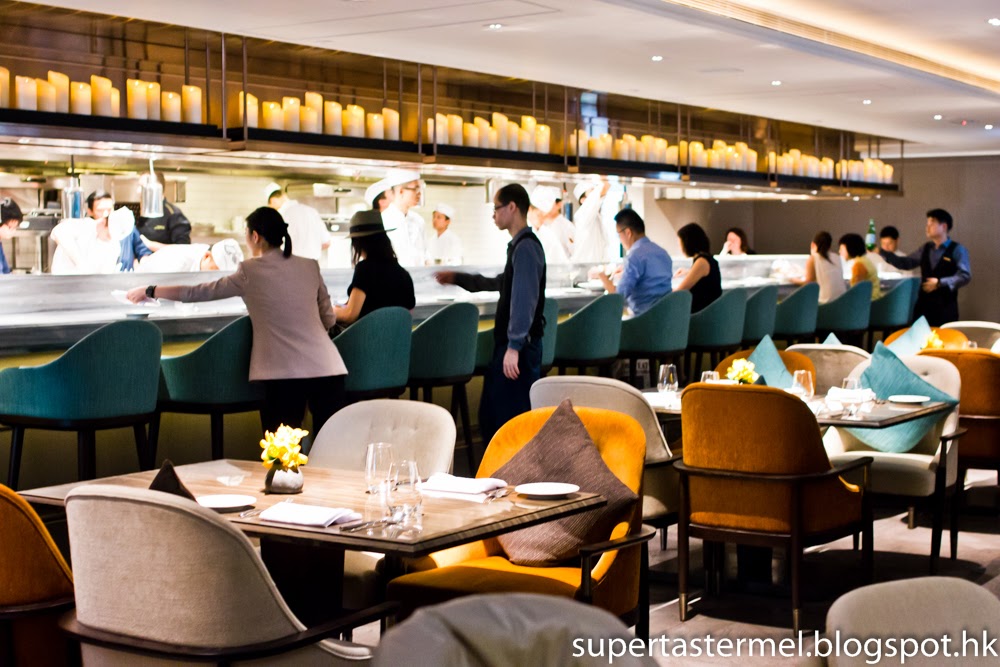 The bread basket was rather disappointing as it only had 2 choices and both were just average. I thought I saw more variety from other reviews but maybe that was just for dinner. 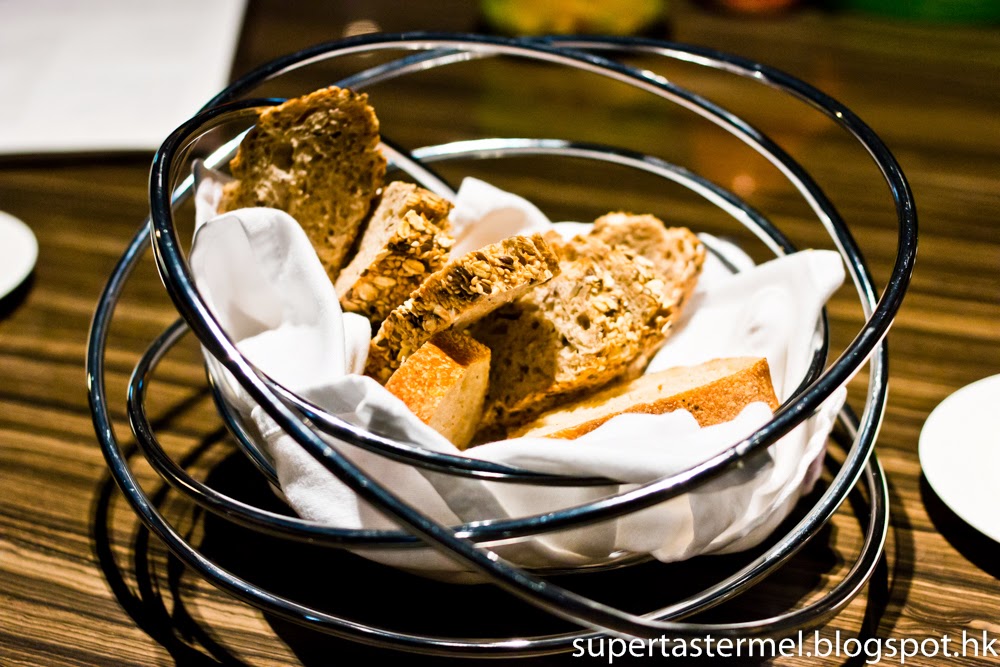 Tuna loin marinated with amontillado eggplant confit (3.5/5) - the tuna was fresh enough alright but it was hard to detect the natural flavors of the fish as it was overwhelmed by the tartness of the accompanying sauce. 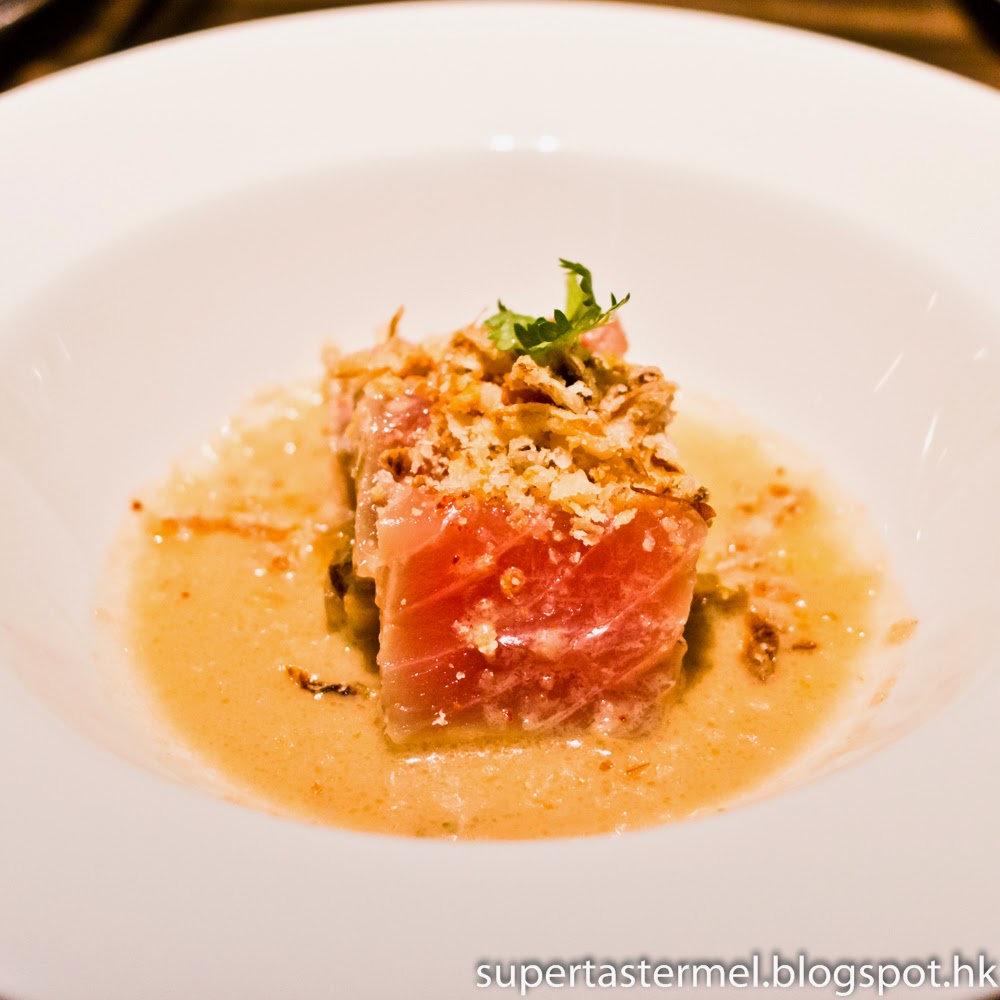 Escargots fricasse with tomato and pastis sauce (4/5) - I'm used to having escargot served in its shell so I was pleasantly surprised to find my snail out of its shell and swimming in a tomato-based sauce. The snail itself didn't have much flavor but luckily the sauce was quite rich and flavorful to make up for it. 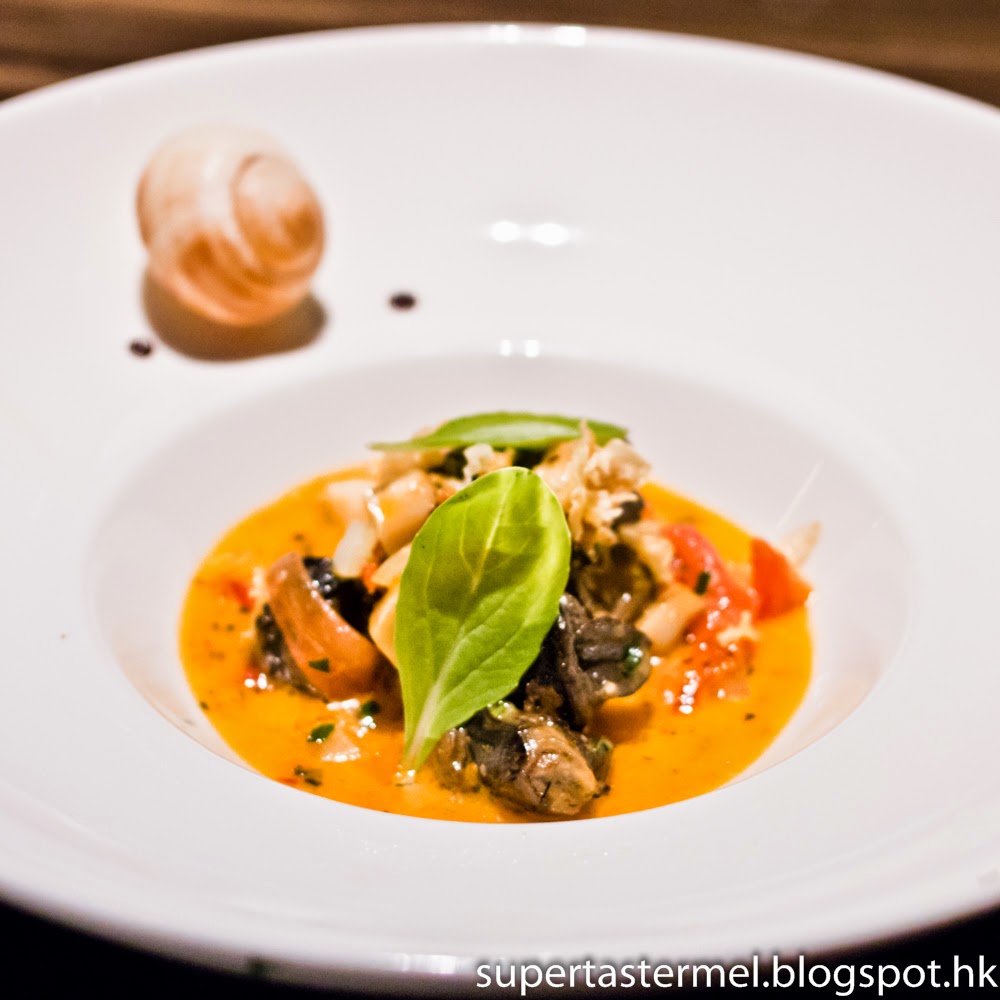 Squid seared with garlic salad and crunch vegetables (3.5/5) - the squid was cooked perfectly while some pieces were a bit over-seasoned. Luckily the vegetables were able to balance it out with its tangy flavors so it's best to get the squid and vegetables in one bite. 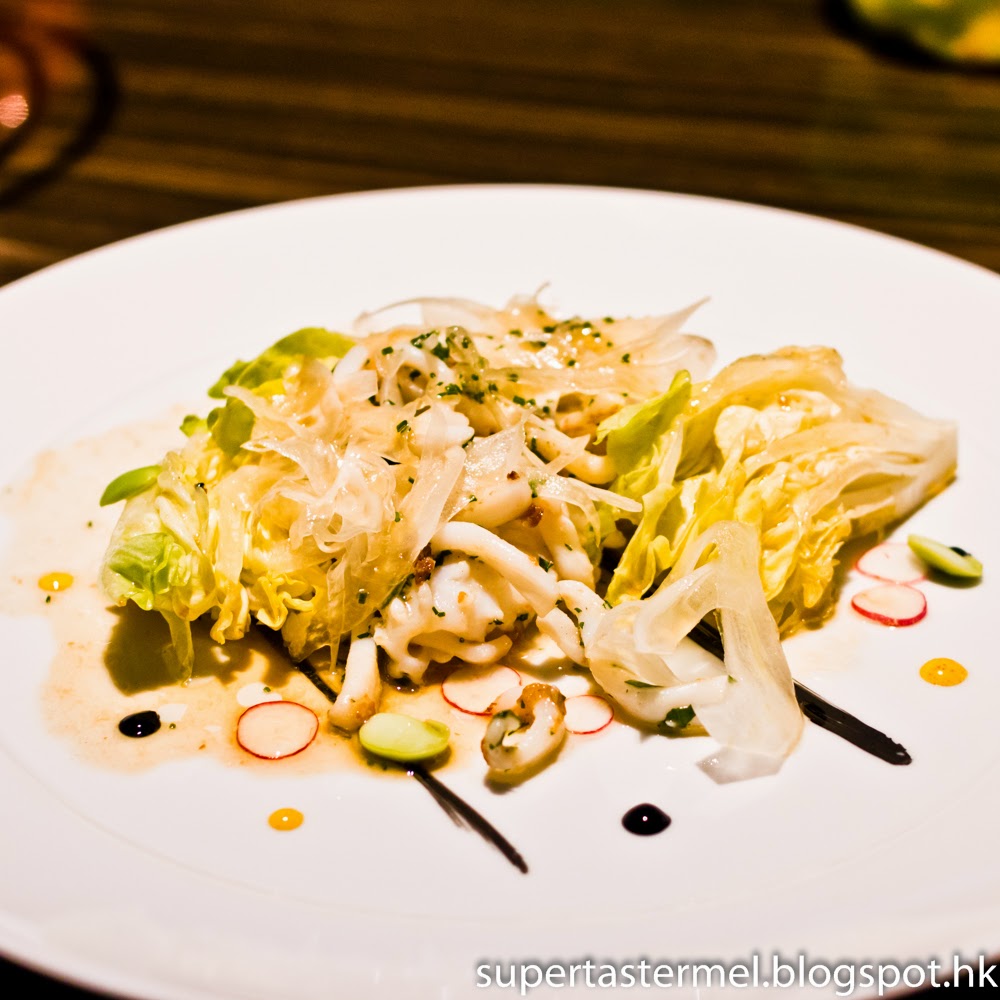 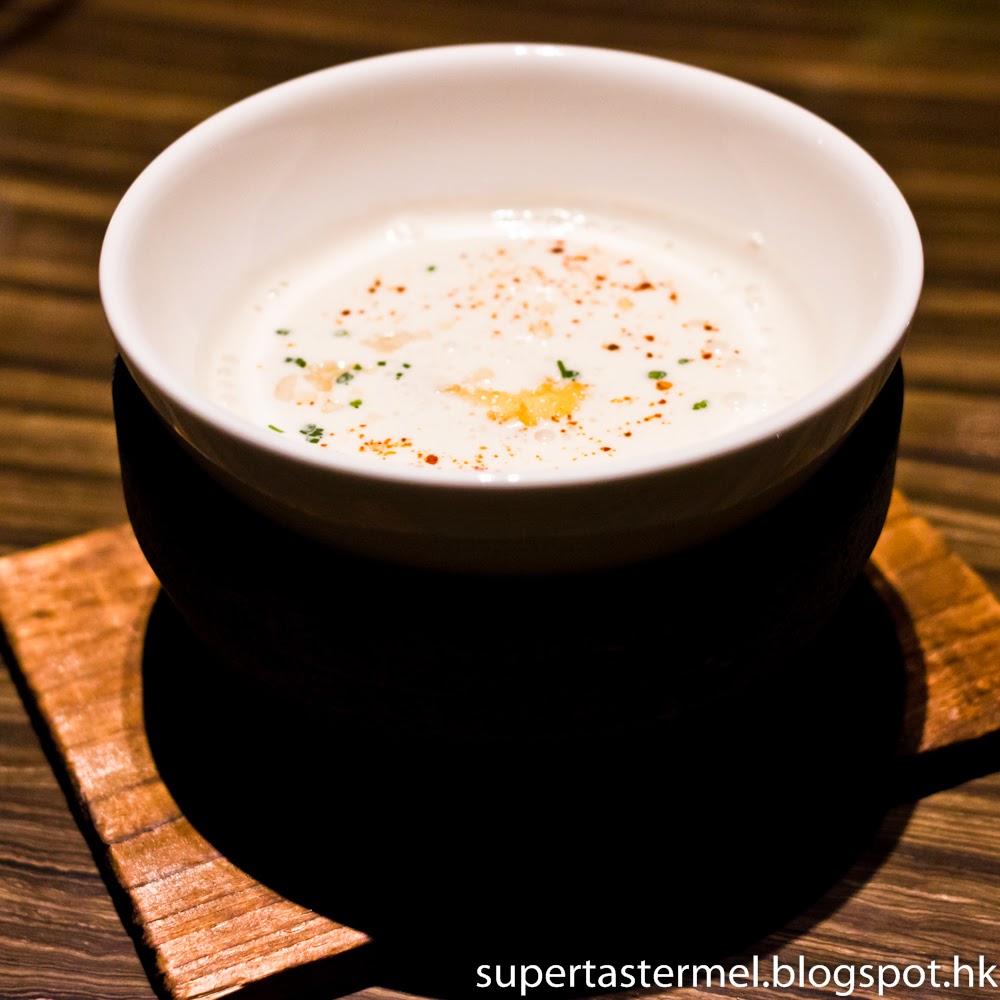 63° Egg poach "Meurette Style" (4/5) - 'oeufs en meurette' is a classic French dish with poached eggs in a red wine sauce. A lot of restaurants in HK have a 6x° egg and the execution here was flawless as well while the pairing with the rich wine sauce was excellent. I loved the little details like the bread sticks in an egg shell but I was confused on what the clear jelly on top was and we weren't really able to get a satisfactory answer from the staff. 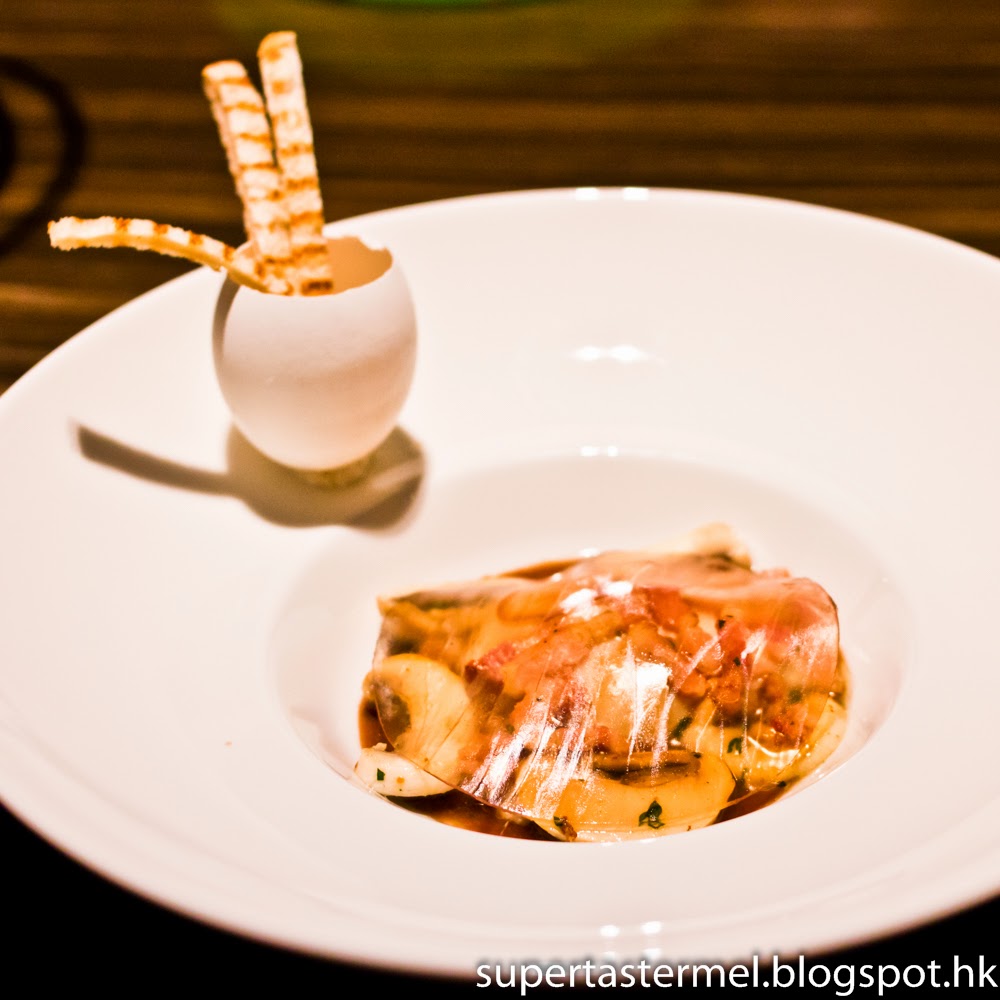 Homemade pumpkin gnocchi and meat ball with aromas (4/5) - I have said again and again that I love gnocchi so whenever I see it on a menu I have to order it. At first I wasn't so hot on the combination of pumpkin and gnocchi but actually the pumpkin gnocchi tasted quite delicious. The texture was delightfully chewy and I loved that it was seared on both sides for a little crispiness. I didn't like the pork meatballs though as I thought that they didn't really do anything for the dish. 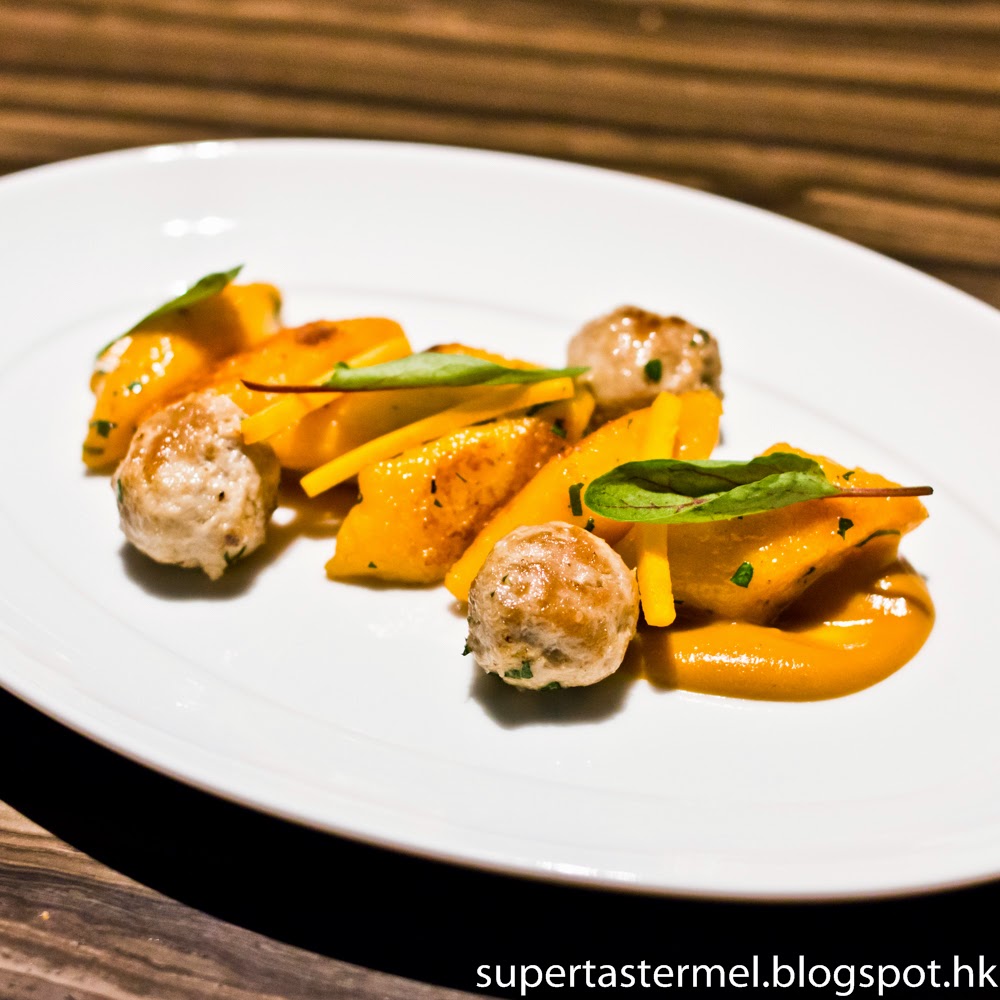 Obsiblue prawn with venere rice (5/5) - my main dish was thoroughly impressive! Obsiblue is a unique shrimp that is blue in color and raised in a natural lagoon in New Caledonia. I've had it in sashimi form before in Japan so I was excited to see the chef's vision for it in this dish. The prawn wasn't served raw here but it was cooked perfectly as the texture was still plump and bouncy while the flavors were so very sweet and fresh. The pairing with the venere rice was exceptional as the rice had been cooked with a spicy and creamy sauce that went very well with the prawns. 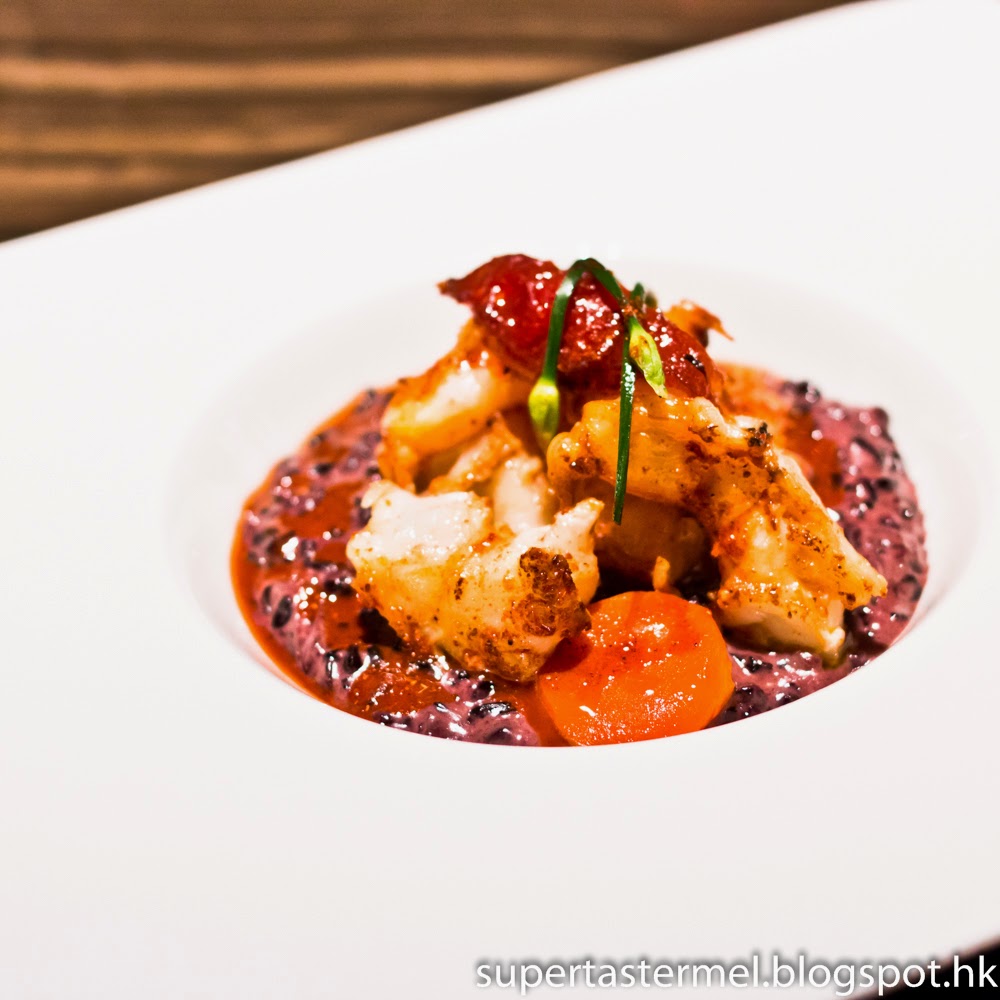 "Daube" of beef red wine sauce and classic garnish (3.5/5) - I thought that J's main dish of the classic Provençal beef stew was rather bland and ordinary while the texture of the beef could be more tender. 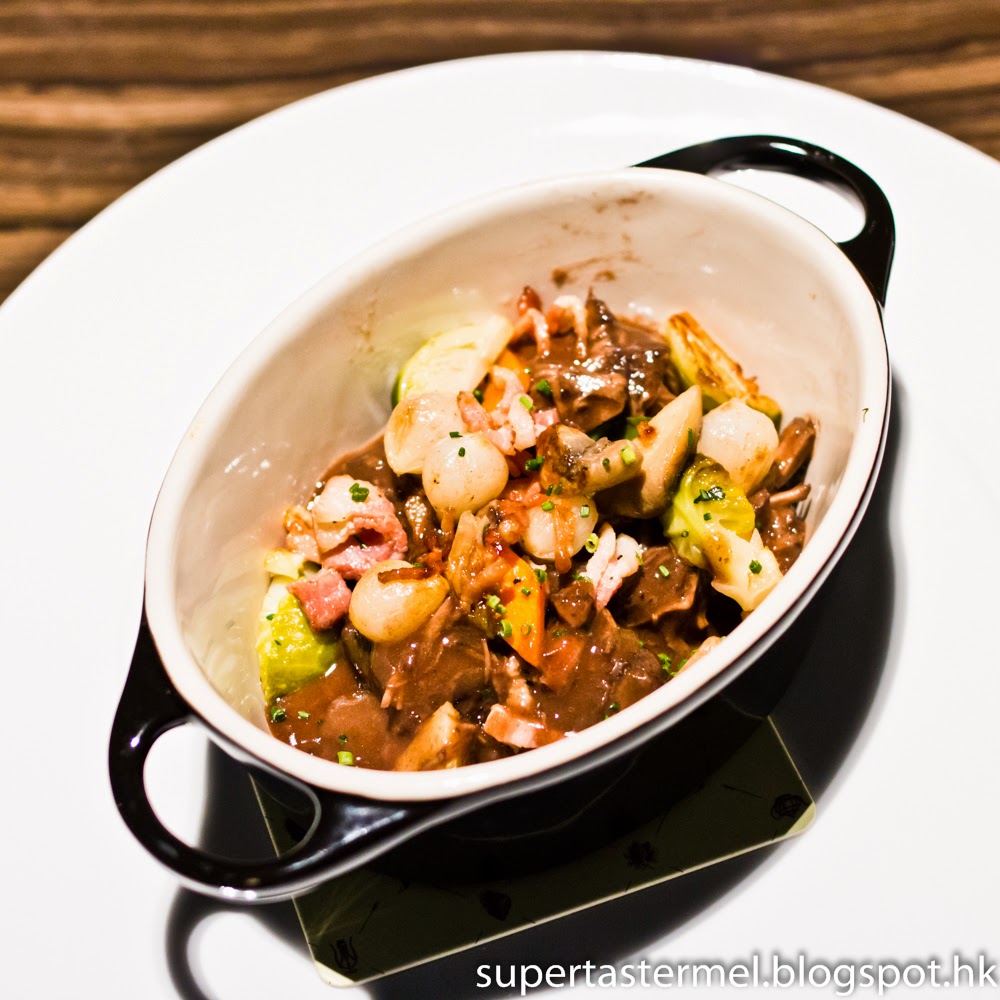 Crème custard floating island (3.5/5) - the custard was soft and creamy but the flavors were quite average and tasted as expected. It was decent but nothing exciting about this dish. 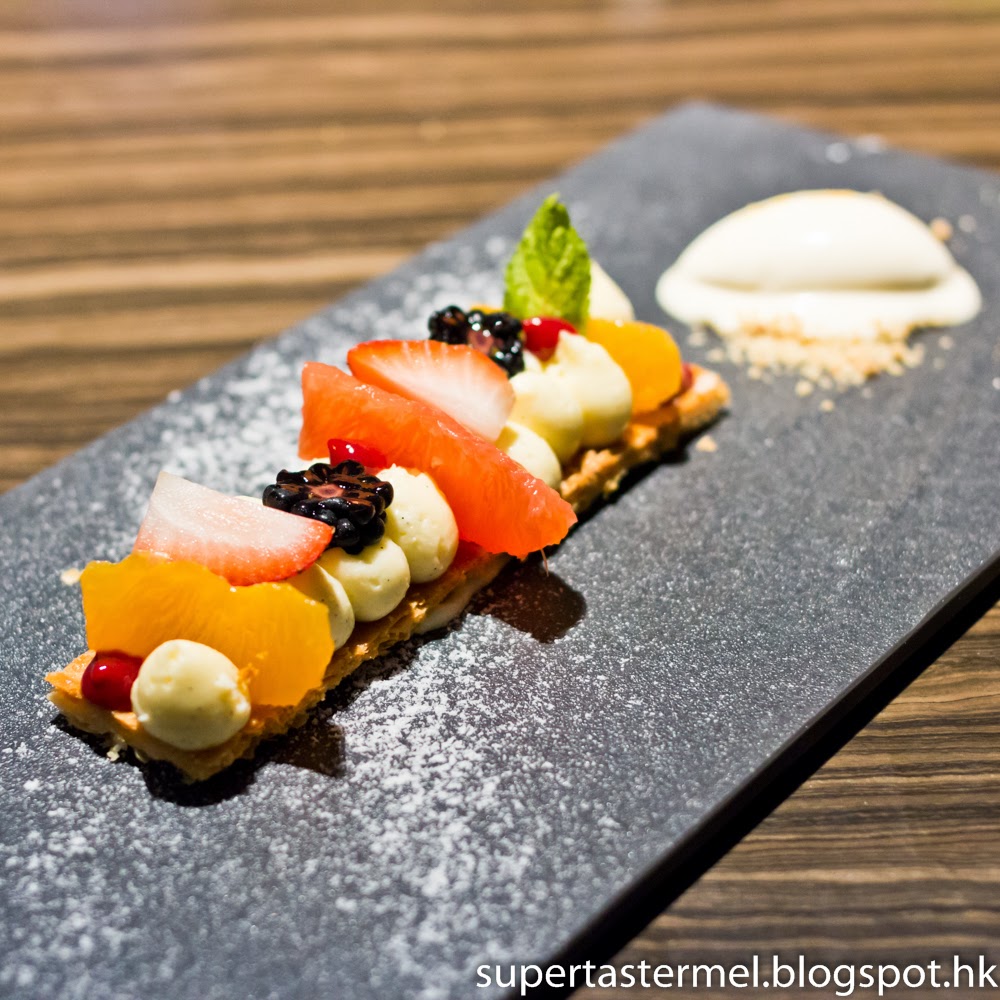 The set lunch comes with your choice of coffee or tea so I chose a latte which was just okay. The microfoam wasn't shiny or smooth enough so it didn't mix well with the expresso. 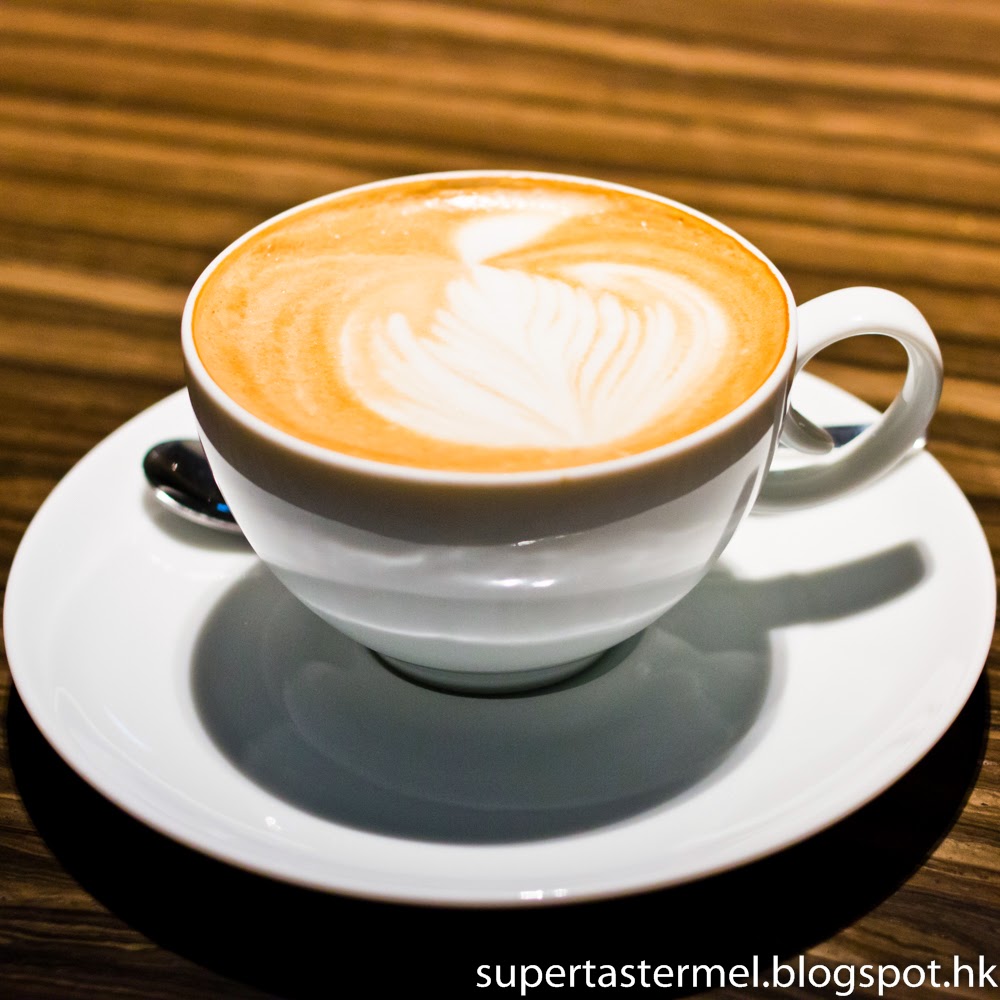 Verdict - I thought that the quality of the food was pretty good in general while the value for money was quite high given the portions. In retrospect, 4 courses would probably have been more than enough for lunch as we were all stuffed after our meal. I did noticed that something was off about their service though as the staff did not explain the dishes to us when they place it on our table. Most fine dining restaurants would do so and it helps your customers understand and appreciate what you are trying to do in your dishes. As a result, the service felt a bit cold and standoffish which was fine for lunch but if I was paying a lot of money for dinner, I would expect more on the service front.