I've been wanting to try this restaurant for a while now ever since I saw pictures of it on my social media feed with its food art plating that looks almost too pretty to eat yet I wasn't sure if it is just all looks and gimmicks, but luckily the food here turned out to be not only gorgeous but also well-executed along with superb service and surroundings. Located near the Convention Center, Empire City Huaiyang serves high-end Chinese cuisine - specially Huaiyang cuisine which is one of the Four Great Traditions that dominate the culinary heritage of China. I haven't been to its sister restaurant Empire City Roasted Duck in K11 but both restaurants seems to pride themselves of their signature roasted Peking duck. 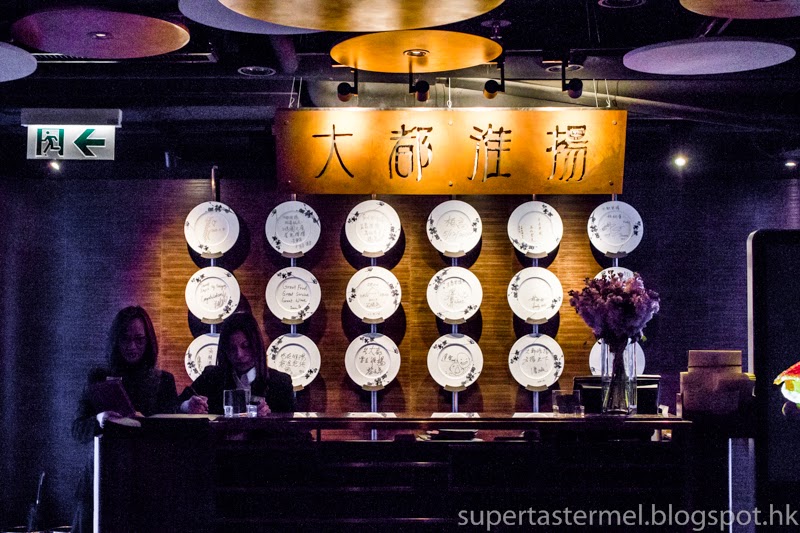 The restaurant was expansive and spacious with traditional and modern touches along with generous spacing between tables unlike most Chinese restaurants. Private rooms are also available for parties and privacy but I felt that the main dining room offered plenty of peace and quietness already. 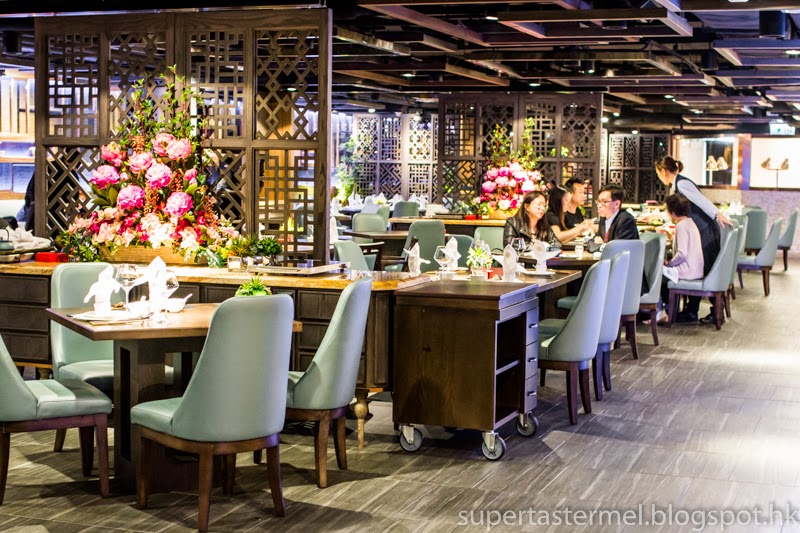 Real ducks were being roasted with lychee wood on display towards the back of the restaurant. 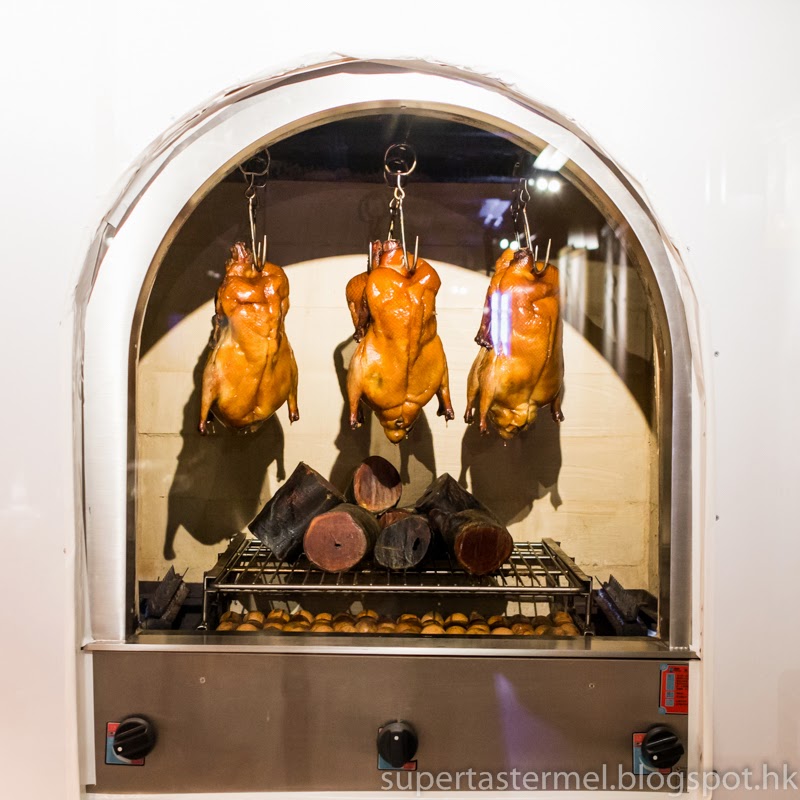 We started off our meal by ordering some White Peony Supreme ($20 per person) as our tea which arrived in a beautiful metal pot with double walled cups. The white tea was aromatic with a fresh and sweet taste that was pleasant to drink through the entire meal. 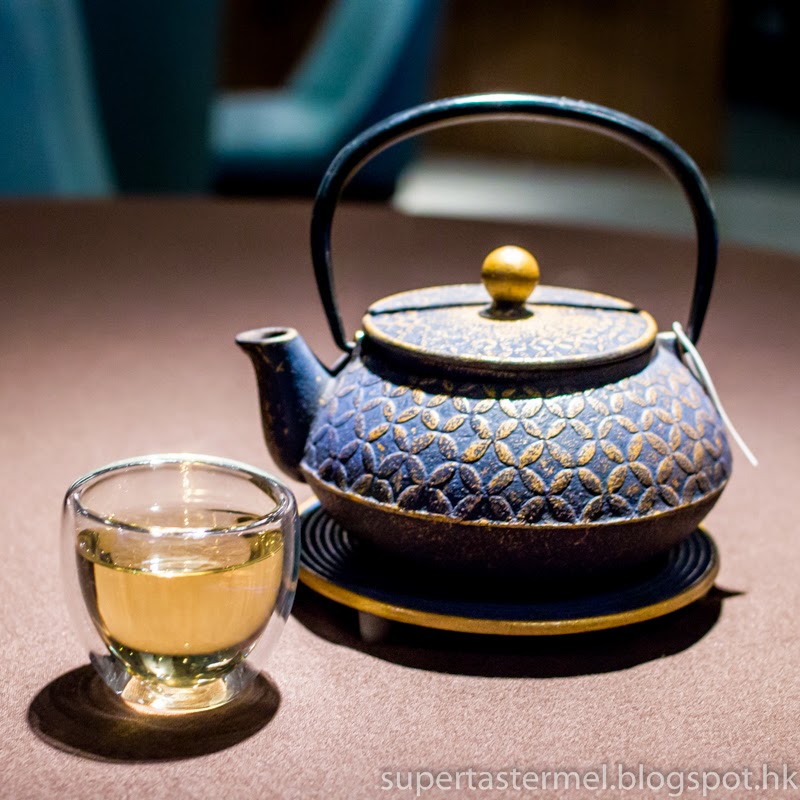 Fresh fruits were given to us as refreshments before our food arrived. 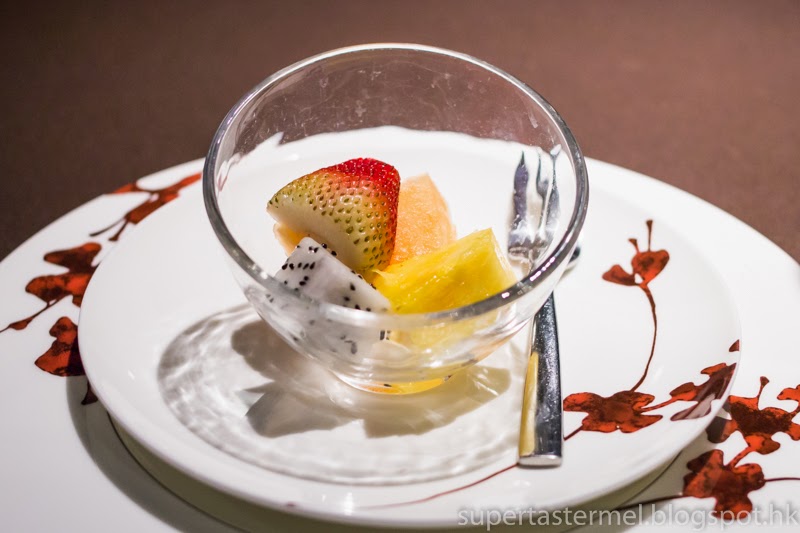 Baked Turnip Pastry ($60/3 pcs) - our swans were anything but a Swan Lake tragedy as they were beautifully crafted and tasted just as good as they looked! 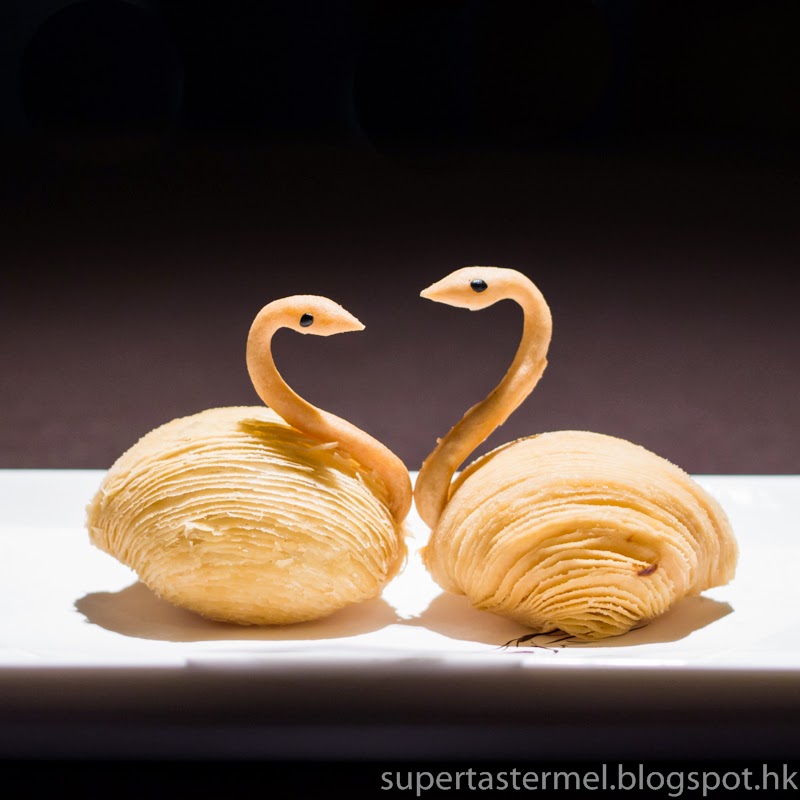 Mushroom Bun in Mushroom Shape ($98/4 pcs) - these cute buns that looks like a mushroom were really pleasant to eat with its fluffy soft texture and delicious pork filling. 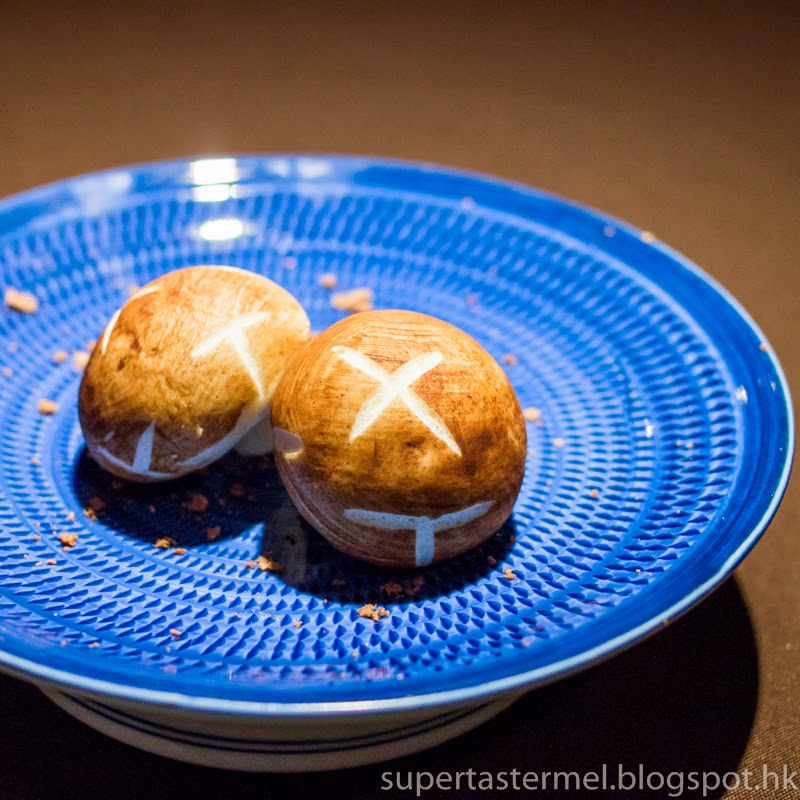 Onto the star of the night - the signature roasted Peking duck available in 3 flavors:

You have to order half portion at a minimum which equates to about 8 pieces only and if you order the most expensive option which is the Caviar, you can choose to mix and match with the foie gras if you like to try both flavors. 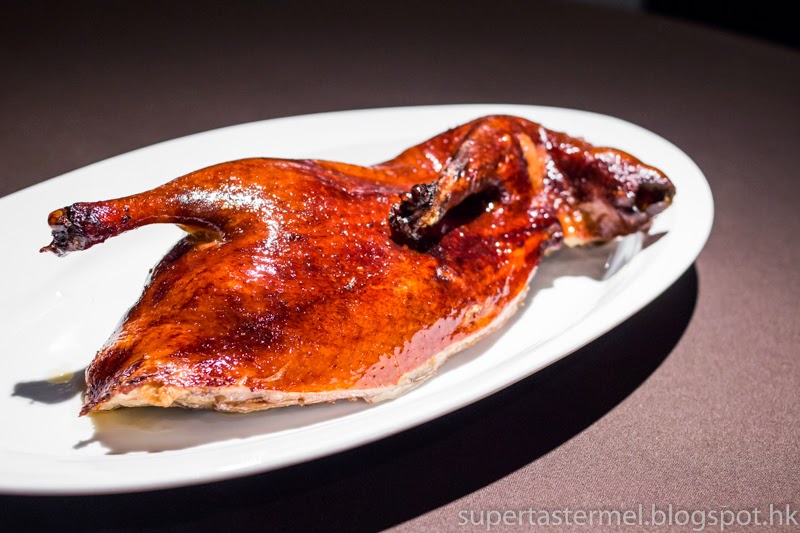 The Peking duck was carved and prepared in front of us. 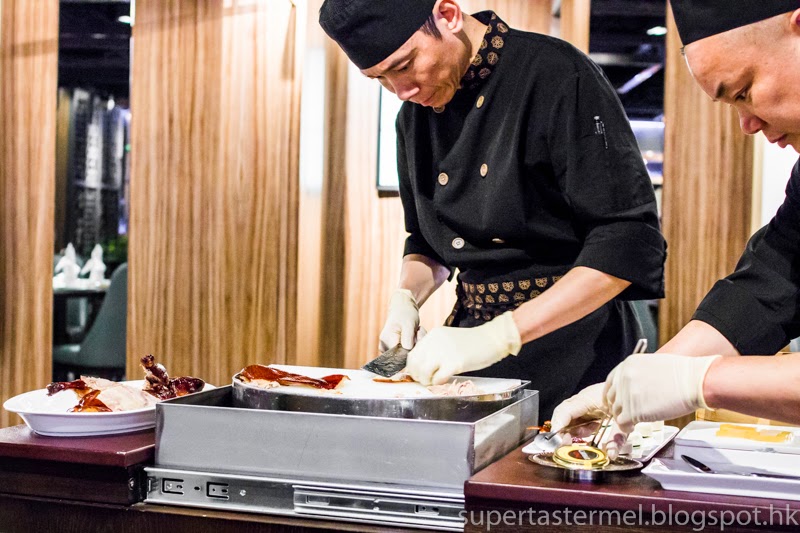 We ended up getting half caviar and half foie gras which arrived between layers of crispy duck skin, duck meat, fluffy bun and cucumber. The foie gras had a layer of apple jelly that was quite tart in flavor which I felt stole the attention away from the duck while the saltiness of the caviar complimented the dish better. Overall, the Peking duck was of very high quality and not fatty at all.

To be honest, I felt that the price was quite steep for the portion but it was interesting to try these unique combinations for the first time. I wouldn't say they didn't work but they also didn't elevate the flavor of the duck to a higher level so I would just stick with the original next time. 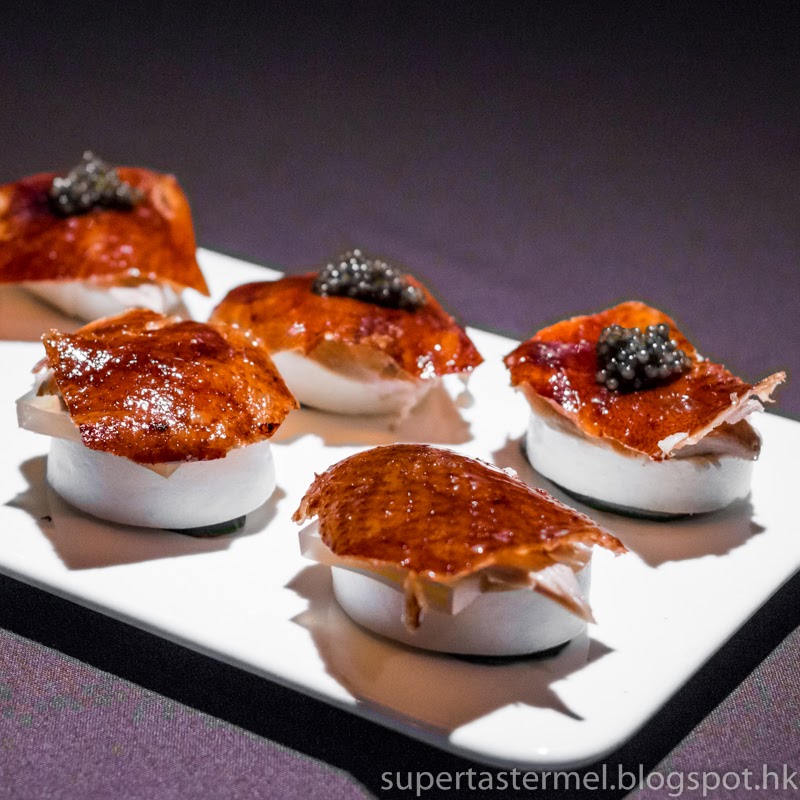 Stir-fried Minced Duck Meat with Pine Nut and Conpoy ($60 Half/$120 Whole) - now if you're wondering where the rest of the duck went after it has been skinned for us, we were able to choose from a variety of dishes that can be made of the remnant of the duck. This was highly recommended to us where the minced duck meat had been stir-fried with nuts and chili so it was deliciously spicy. Served with a choice of lettuce or sesame pastry, we opted for the pastry which we filled up with duck meat and ate it like a burrito! 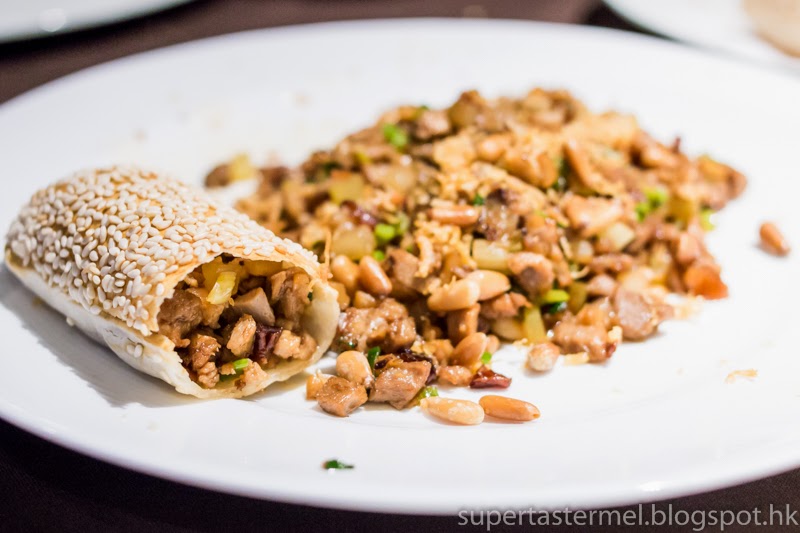 Deep-fried Kurobuta Pork with Iced Fruit and Coral Shape Sugar ($238) - I love sweet and sour pork so I was most excited to try this dish actually! The Kurobuta pork was definitely camera ready as water was poured over the dry ice it was sitting on to create a smoky waterfall effect. Besides its looks, the flavor was on point as well as the pork was crispy and succulent while the iced fruits complimented the pork nicely. I just wasn't so hot on the pieces of pork that got cold from touching the ice though - I think they should separate the ice because the crispy pork is best eaten hot. 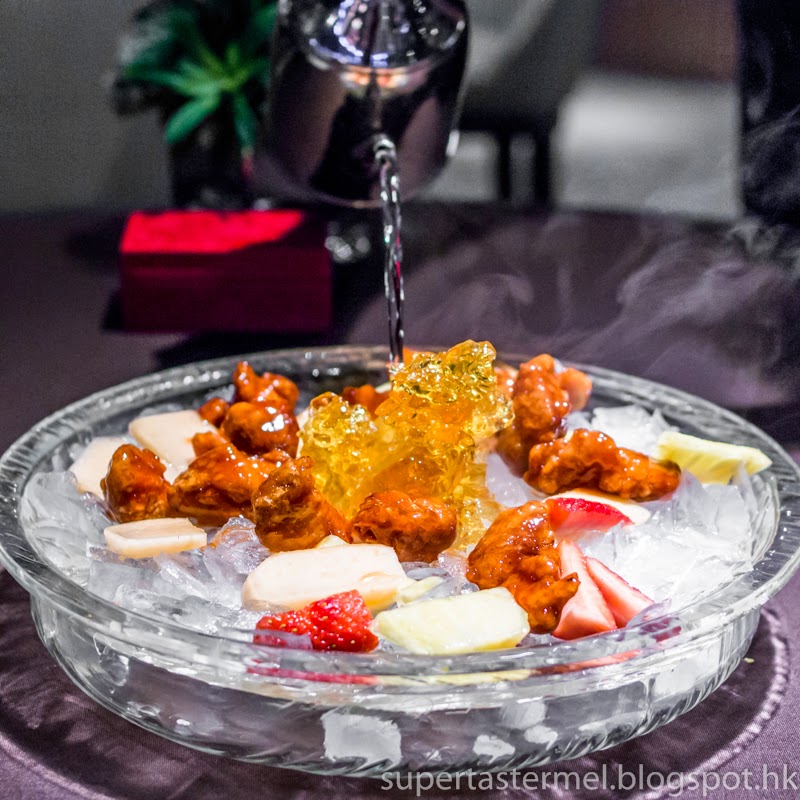 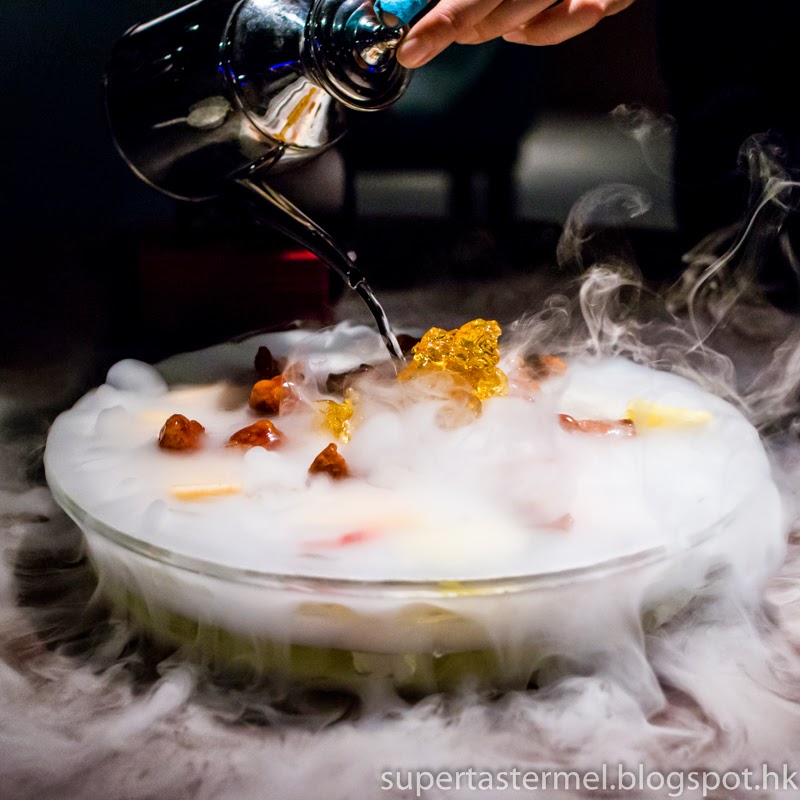 Rice Cake Dumpling with Custard in Panda Shape ($60 each) - to round off our meal, we ordered this cute panda dessert which was almost too pretty to eat! This cutie was a rice cake dumpling filled with custard which was yummy as it was like eating a custard bun. The bamboos in the back were edible too as they were cakes with bird's nest jelly inside. 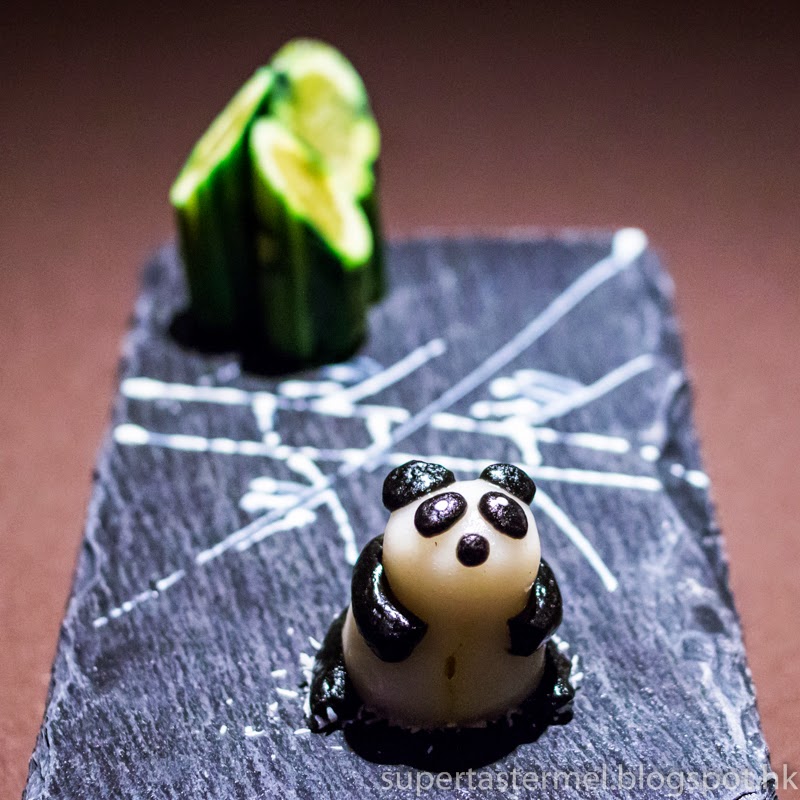 Verdict - I was really impressed with the food here as Empire City Huaiyang demonstrated care and attention to detail with its beautiful "camera eat first" dishes and exquisite flavors. This is the place to take your family, friends, visitors and business guests if you want to dazzle them with Chinese gastronomy!