La Paloma, which means pigeon, is the new modern and laid back tapas bar and restaurant launched by the same chef behind FoFo by el Willy. The restaurant is big and spacious with colorful and quirky decor full of its pigeon icon - even the ceiling is covered with them! I came here with 3 others for the weekend brunch which is only $298 per person with no service charge and free flow cava for an additional $180 per person. 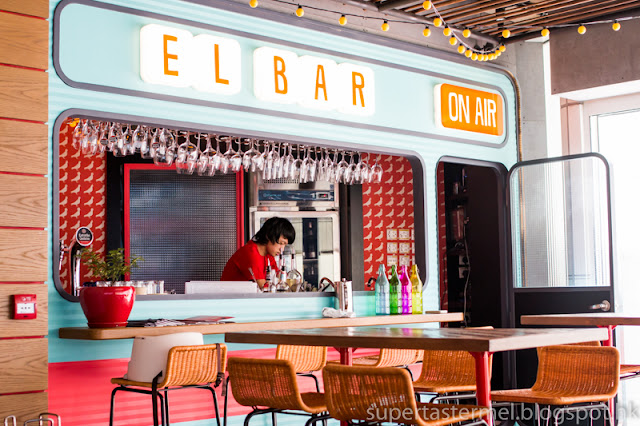 Initially when we looked at the brunch menu, we saw 8 appetizers and thought that we could only choose one of each between the 4 of us, but we were pleasantly surprise when we were told that we would be getting all 8! Our first appetizer was a Scallop Carpaccio with orange vinaigrette and marinated salmon roe which was deliciously fresh and refreshing to eat. The acidity of the vinaigrette balanced the sweetness of the scallops nicely. 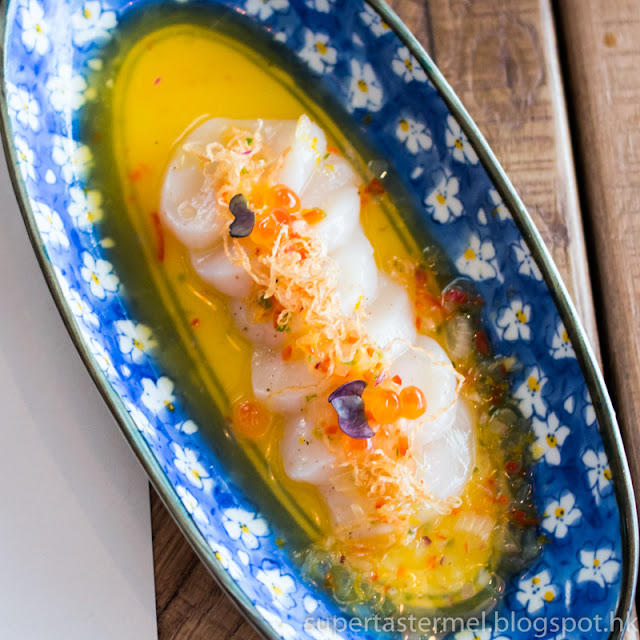 Next up was a Mixed Green and Tomato Salad with a light vinaigrette sauce. 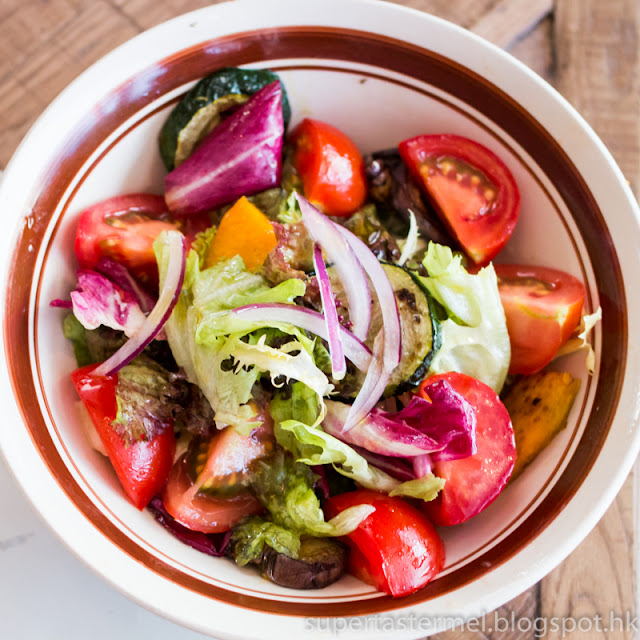 The Seared Salmon Gazpacho was definitely perfect to consume in the summer as the chilled soup was appetizing with its tartness. 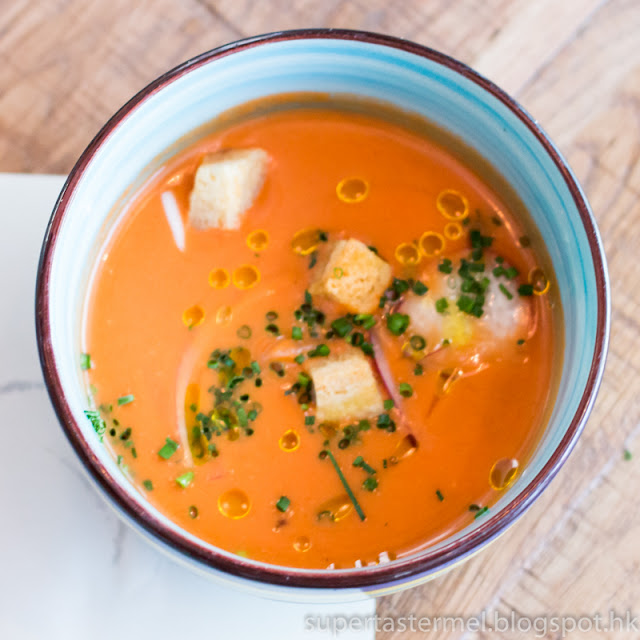 The Russian Salad with confit tuna, piquillo peppers and boiled egg was creamy and flavorful but we could have used more bread to eat with the salad. 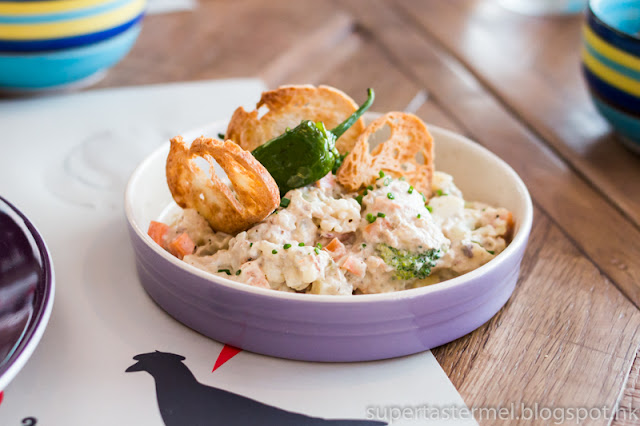 The daily special traditional Flat Bread with sausage, cheese, dried tomatoes and arugula was well-balanced in flavor while the cheese was especially yummy! 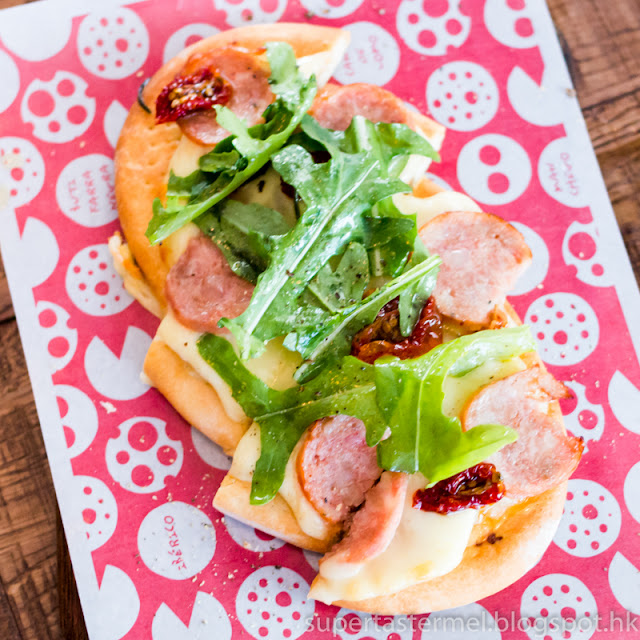 The Mini Burgers with Manchego cheese, pancetta, quail egg, and red onion were another hit with us as the burgers were so cute and dainty while the flavors and textures all came together perfectly. 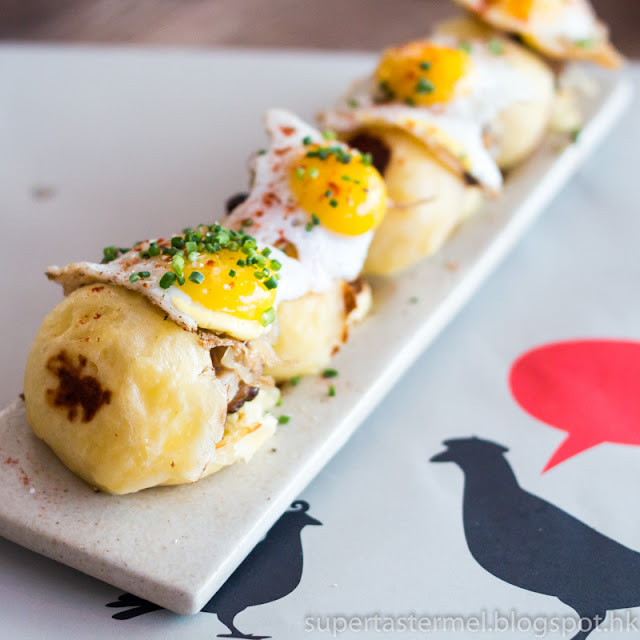 The Iberian Ham Croquettes were solid with its crispy exterior and creamy filling. I could taste the Iberico ham bits in the filling which was simply delicious. 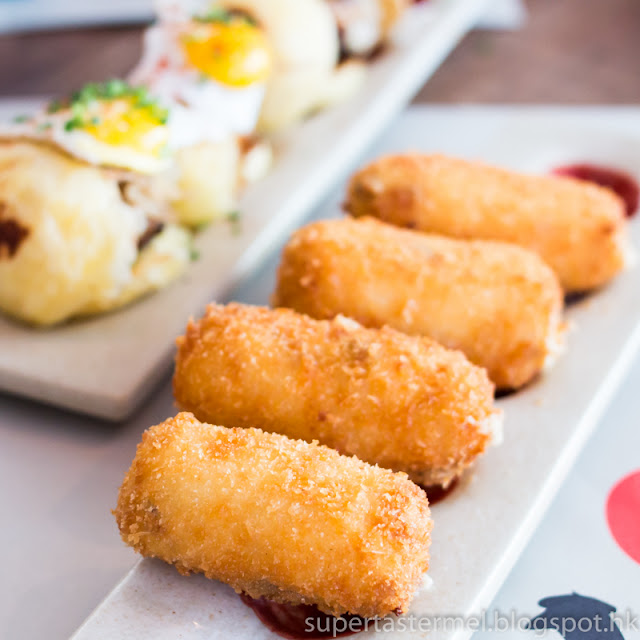 Our appetizers came to a close with this Garlic and Chili Prawns which reminded me of steamed garlic prawns served in Chinese restaurants. 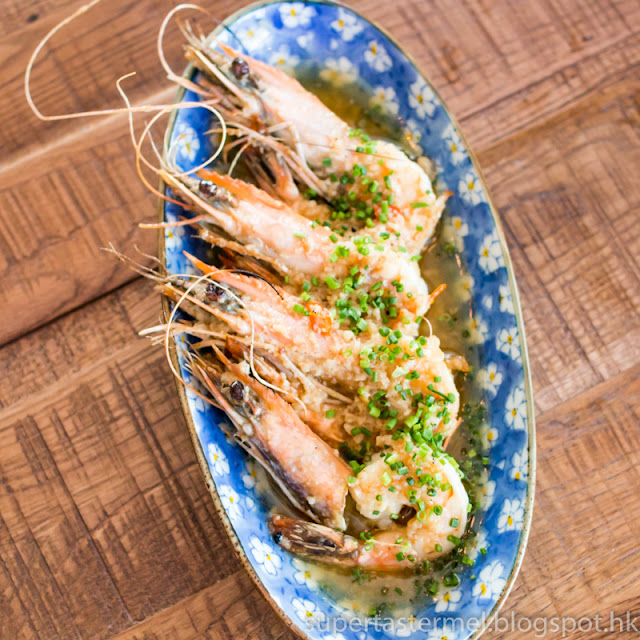 The main dishes were meant to be shared between 2 people so since we were 4, we go to try 2 mains. The first one we chose was the Signature Suckling Pig with traditional garnish (add $50/person) which was out of this world! With its crispy skin and juicy tender meat, it was definitely one of the best suckling pig I've ever had and we were all fighting for the last piece. 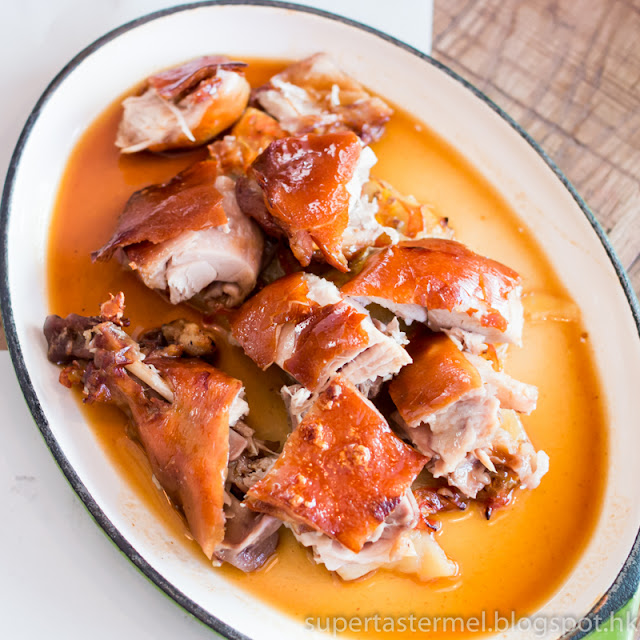 The La Paloma Signature Seafood Paella, on the other hand, was a bit disappointing as part of the rice was burnt and hard to chew. I also expected more toppings as the paella looked a bit sparse compared to traditional ones. 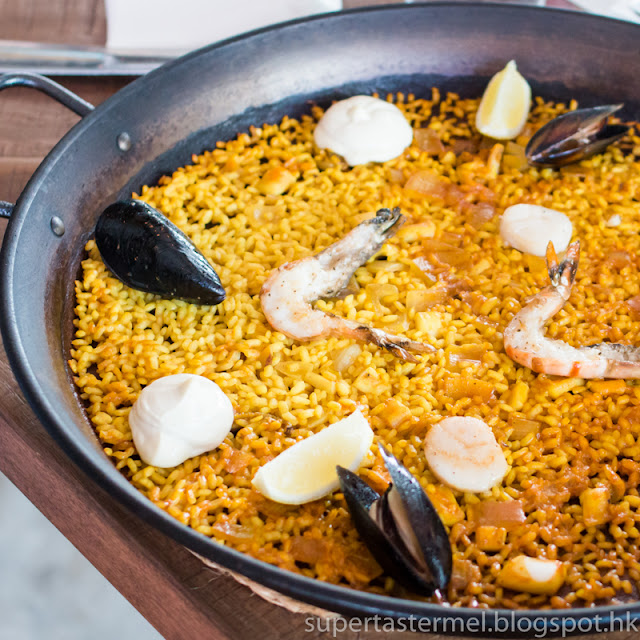 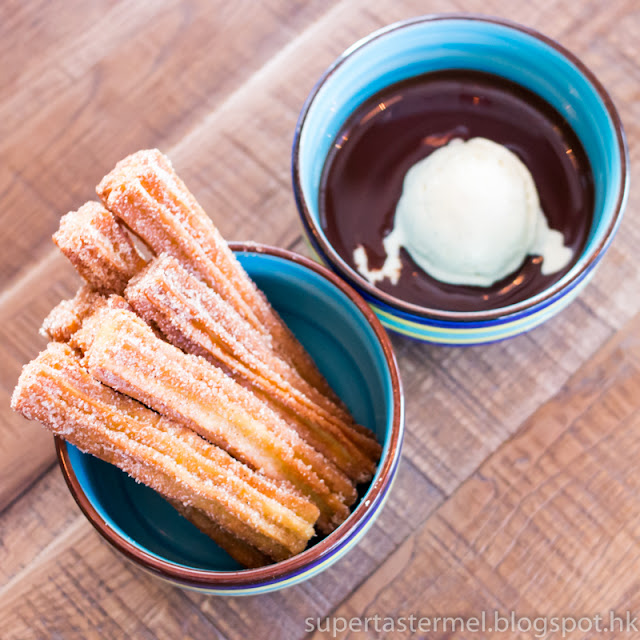