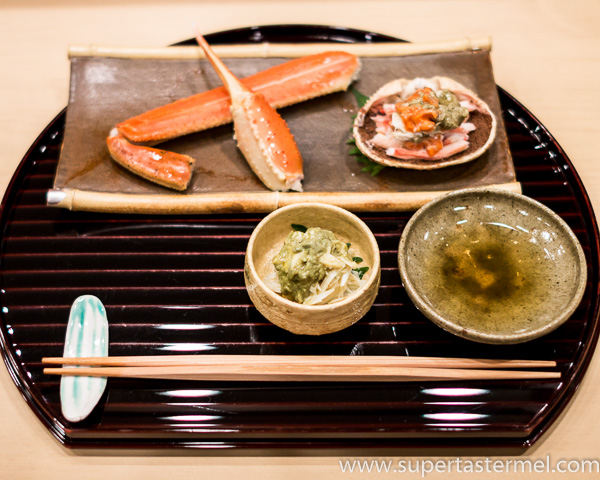 We randomly stumbled upon Shinbashi Sasada around our neighborhood last month when we were looking for a last minute place for dinner. As it turns out, this nice kappo restaurant has 1 Michelin star and the chef had trained for years at the famous kaiseki restaurant Kyo Aji! Kappo-style cuisine falls somewhere between traditional kaiseki and casual izakaya, and I'd have to say that Sasada probably leans closer to classic kaiseki with its attentive service and carefully arranged plating of its dishes. The meal costs around ¥20,000 per person which is a fair price for the quality of its food. Chef Sasada was also very hospitable and the dining atmosphere was lively with mostly locals around us at the counter. 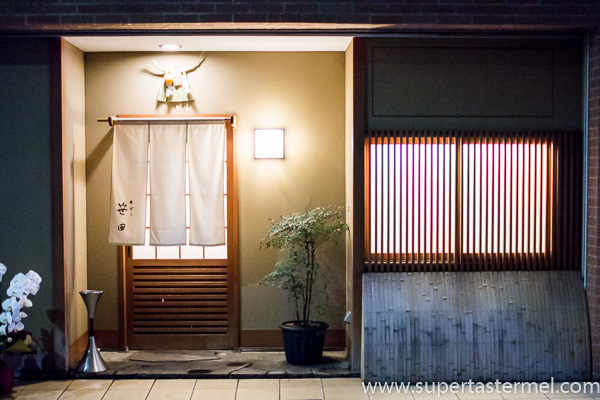 As we visited in early January, we were served this delicious Ozoni which is a white miso soup with mochi traditionally served to ring in the new year. The soup was thick and sweet which was perfectly soothing to drink in the cold winter weather. 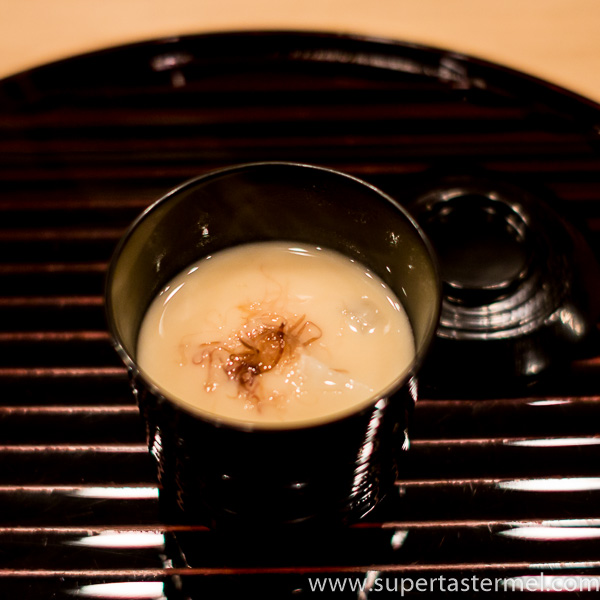 Next up was Zuwai Kani (snow crab) served in a few different ways - the crab in the shell and bowl was a female from Hyogo while the crab legs were from a male crab from Toyama. The female crab meat had been topped with its own liver and roe plus a plate of vinegar dip on the side. 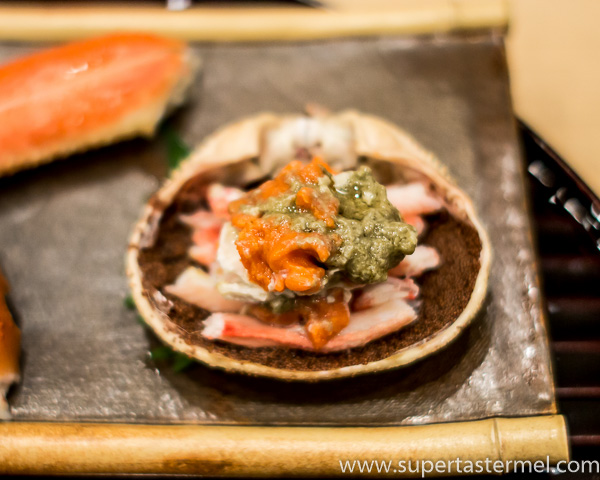 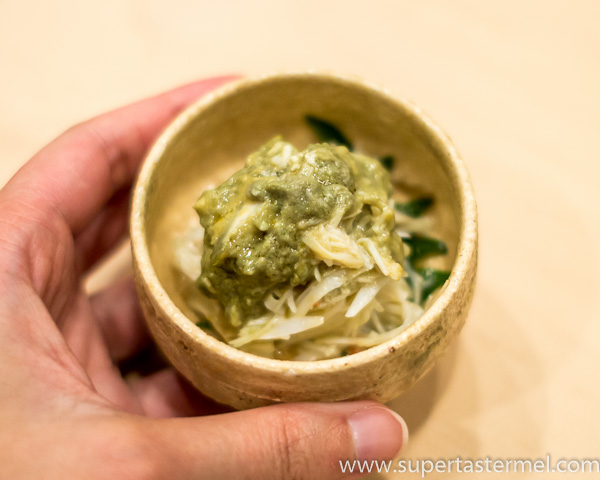 Tai no Shirako (milt) which had been slightly grilled on the outside. 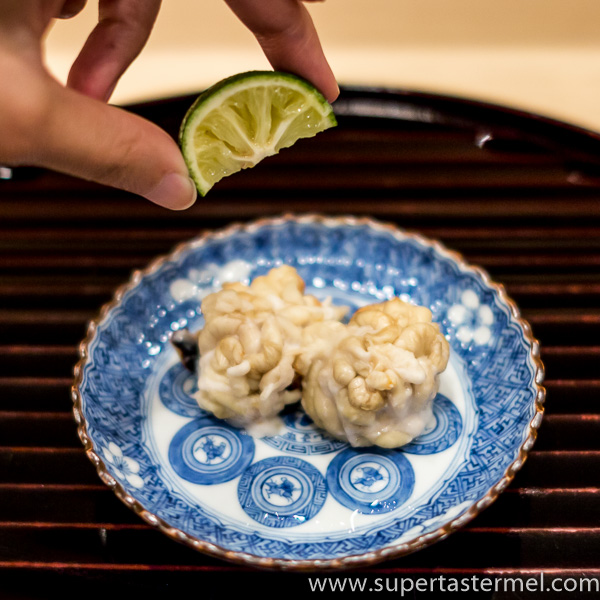 Mibuna - a type of Japanese leafy vegetables from Kyoto 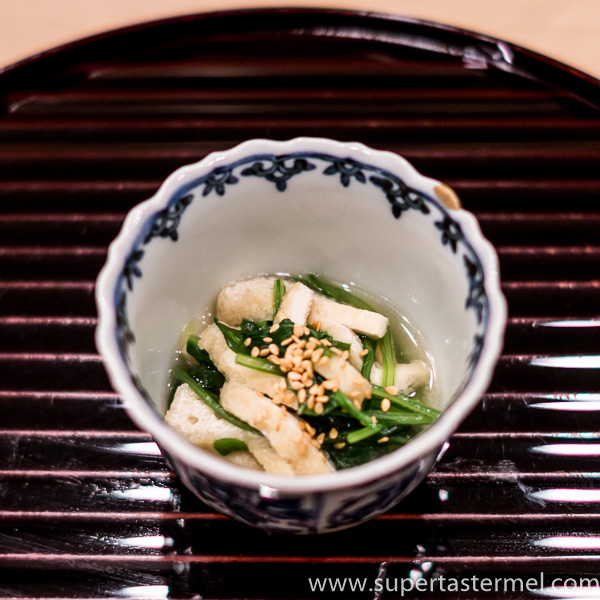 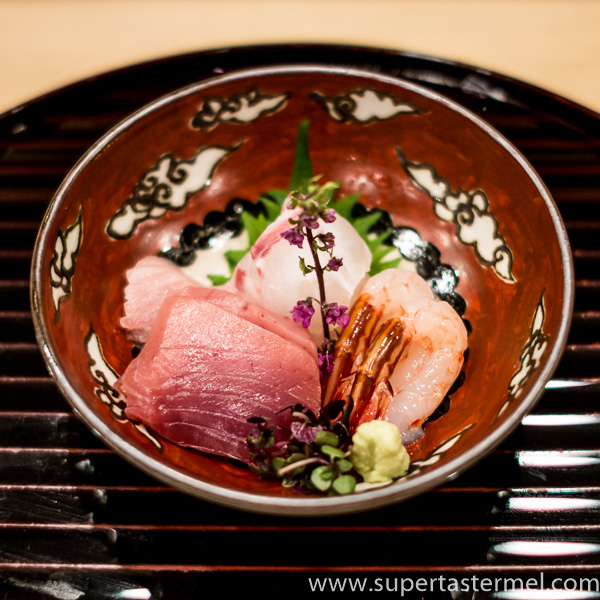 Ankimo Tofu Soup - I loved the mixture of ankimo (monkfish liver) and tofu which had a nice bouncy texture while the flavors were really delicious. 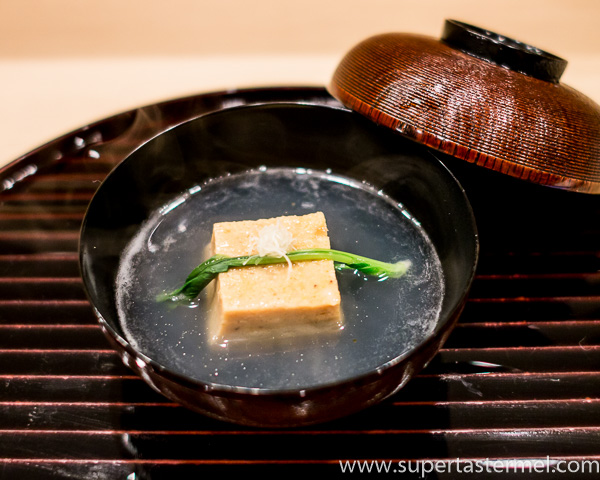 Sawara no sanshoyaki (grilled with Japanese pepper) with karasumi (mullet roe). One of the karasumi was slightly torched while the other was served as is. 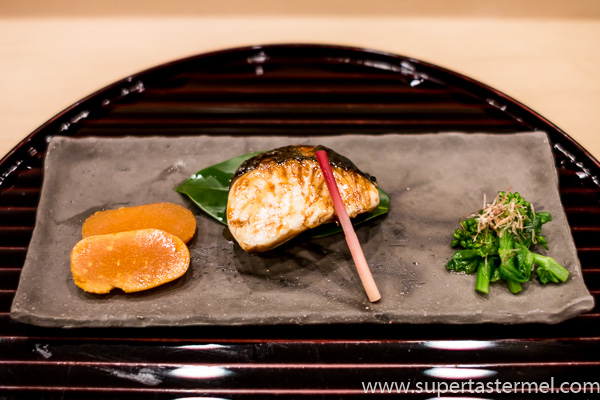 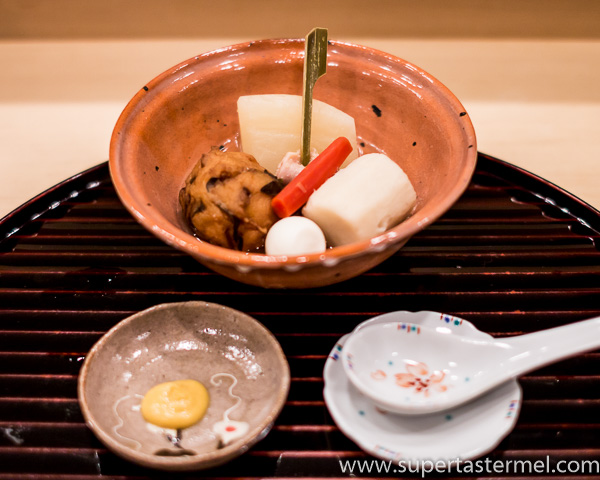 Since we visited on January 7th which was Nanakusa no sekku (Festival of Seven Herbs) where rice porridge cooked with 7 different types of herbs is traditionally eaten to bring longevity and health in Japan, we were given an option to try the nanakusa-gayu which was only available on that day. I didn't even know about this tradition in Japan so I ended up getting the rice porridge which came with pickles and soup on the side. The flavors of the herbs were quite subtle actually but the aroma was refreshing and spring-like. 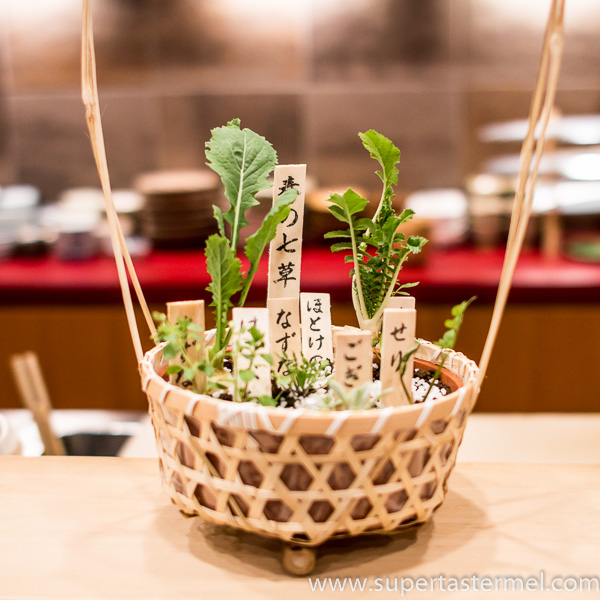 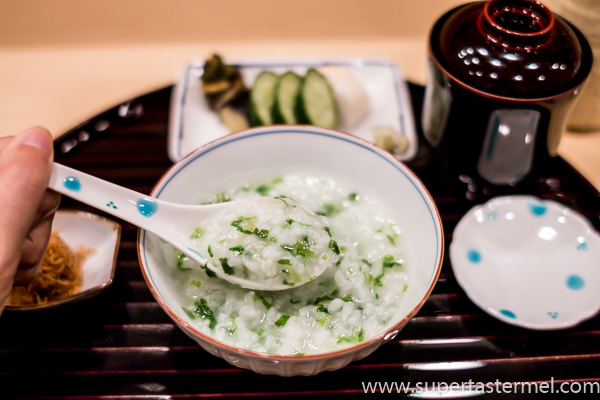 Lastly, we had Mochi with Azuki as dessert. 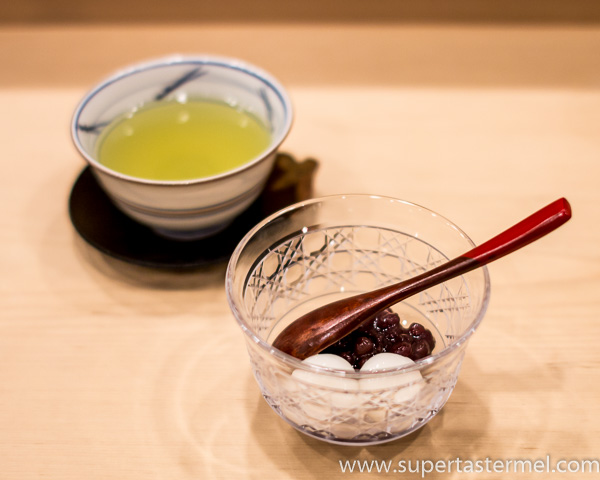 Since we didn't have any expectations, we ended up being pleasantly surprised with our dinner at Shinbashi Sasada and I guess that's the beauty of eating in Japan - there are tons of hidden gems that may not be on the radar and are waiting to be discovered.