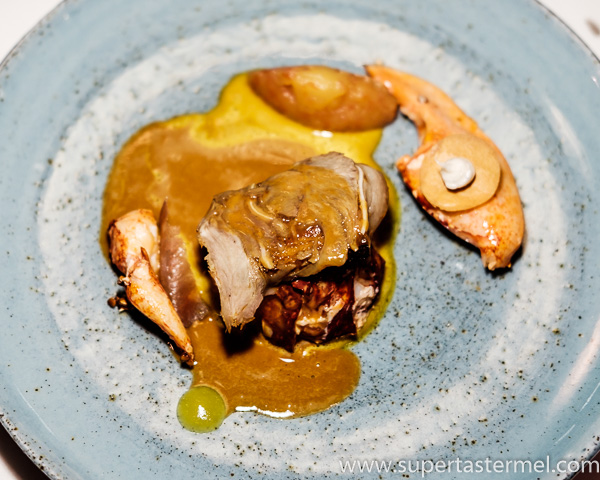 After former Executive Chef Augustin Balbi left to open HAKU last year, The Ocean tapped Olivier Bellin of 2* L'Auberge des Glazicks in France to takeover and showcase an authentic taste of Brittany in Hong Kong. The restaurant was then awarded its first Michelin Star just a few months later in the 2018 Michelin Guide for Hong Kong and Macau. It's an impressive feat to gain a Michelin Star in such a short amount of time so I was all the more intrigued to try the new Breton-style cuisine here. I was told that the food unites the best of land and sea, and the chef especially likes to showcase buckwheat - a common Breton ingredient. The gorgeous ocean-themed decor hasn't changed much except for the first half of the space which had been converted into the more casual bistro concept The Lighthouse. For dinner, The Ocean serves an 8-course (HK$1588) and 5-course degustation menu (HK$1388) as well as a la carte, and I opted for the 8-course to try the best of everything the chef has to offer.

[Set Sail] We kicked off the meal with a series of amuse bouche including a pomme souffle with oyster water inside and house-made bread with buckwheat butter. A jar of buckwheat was also provided on the side for unlimited nibbling. 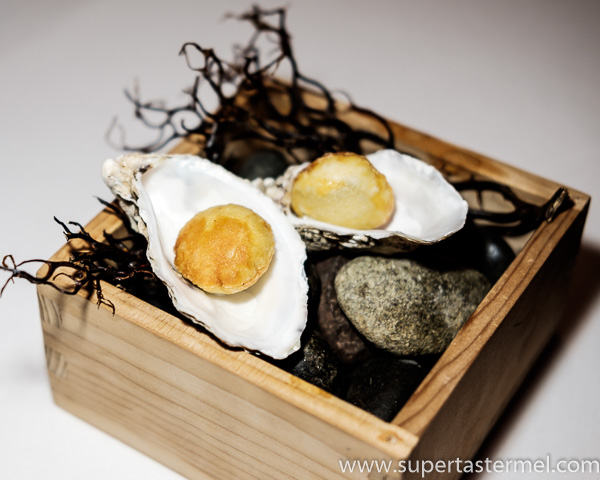 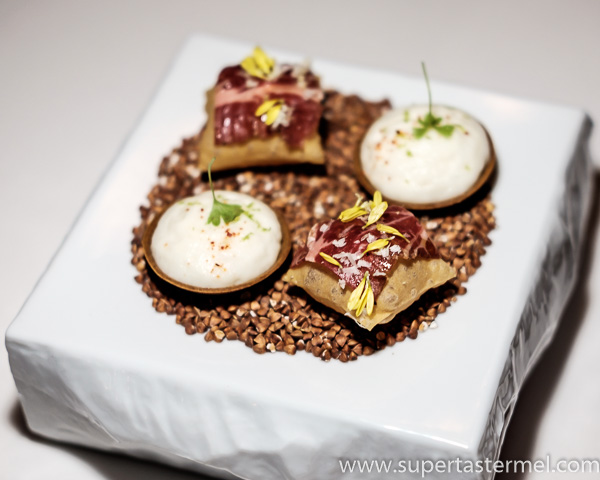 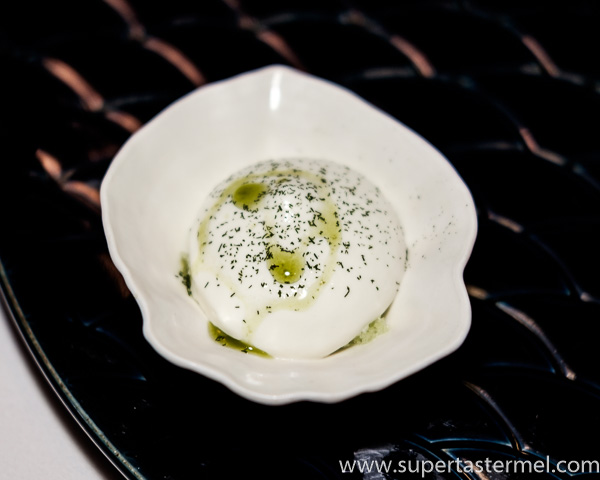 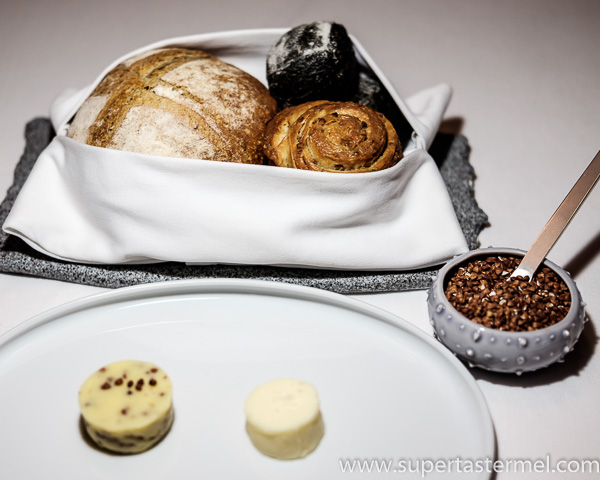 [Ocean Breeze] The first course was a very interesting Chaud-froid of Cauliflower and Parmesan Ice Cream with Squid Ink Jus. I didn't think the combination would work but it does, and it's the first of many bold combinations for the rest of the meal. 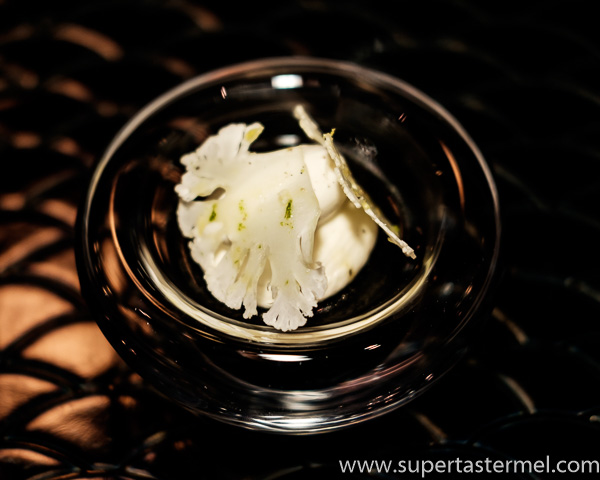 [Sea Anchor] The Poached Duck Liver, Crab Meat and Ginger Consomme didn't work as well for me though. I found the dish to be very fishy and it wasn't the duck liver or the crab but surprising the consomme itself - the dish would have come together a lot better if the consomme had more umami flavors. 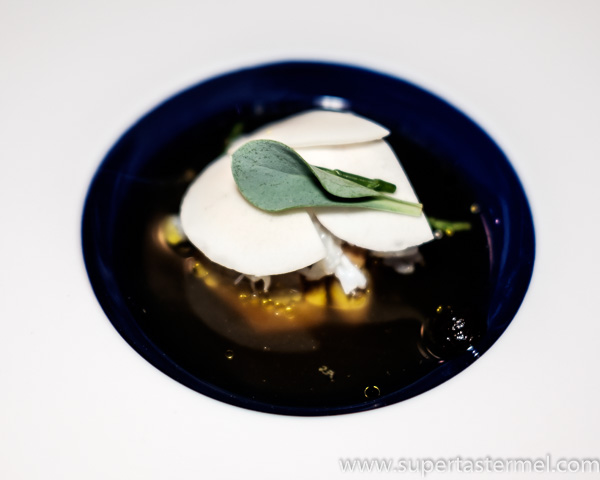 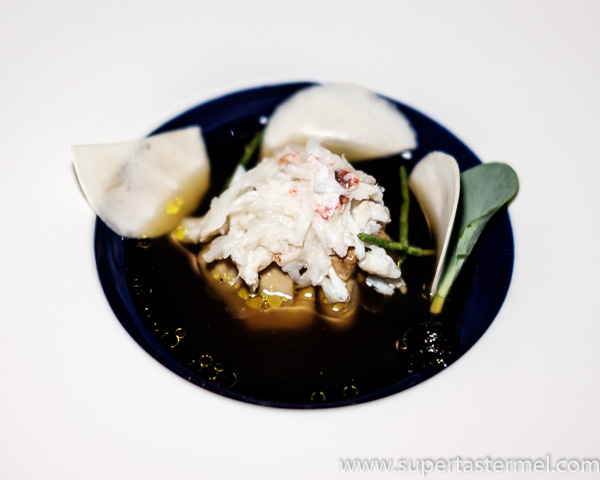 [First Wave] The Pan-seared Coral Brittany Scallop, Scallop Bard Cappuccino, Golden Fluffy Pancake and Lemon was one of my favorite dishes of the night. The scallop could have been less cooked but it was the sauces that shined - one more was more rich and flavorful while the other was light and acidic - and yet both went equally well with the seafood. 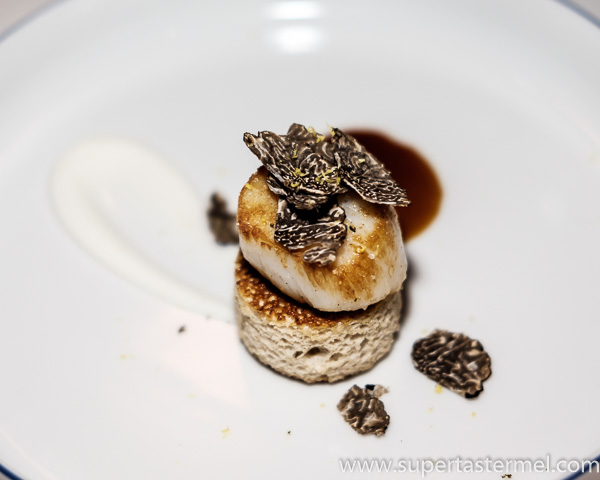 [Blue Lagoon] The Japanese Sea Urchin, Hay, Coffee, Melba Toast was another interesting dish with hay as the main star of the dish. The dish was initially served on a bed of hay with hay emulsion on top of whole pieces of sea urchin. I'm not sure the combination worked for me here but props for trying to use hay as one of the flavors. 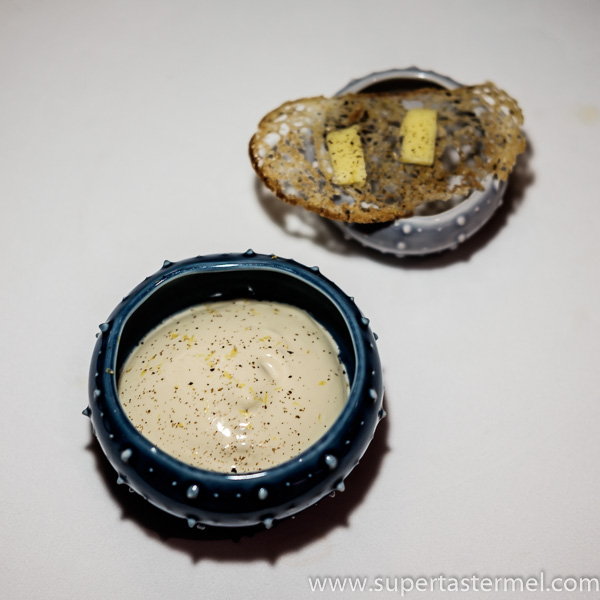 [Great Reef] The Blue Lobster Lightly Cooked, Brioche and Pork Head Veil, Curry Sauce, Apple and Grapefruit Condiment is one of the signature dishes of the chef, and it definitely didn't disappoint. I thought the claws were a little bit overcooked for me but the tail was perfect as it was still semi-raw inside. 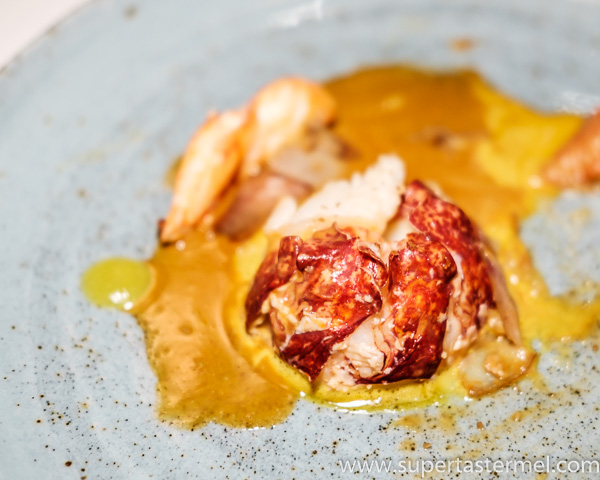 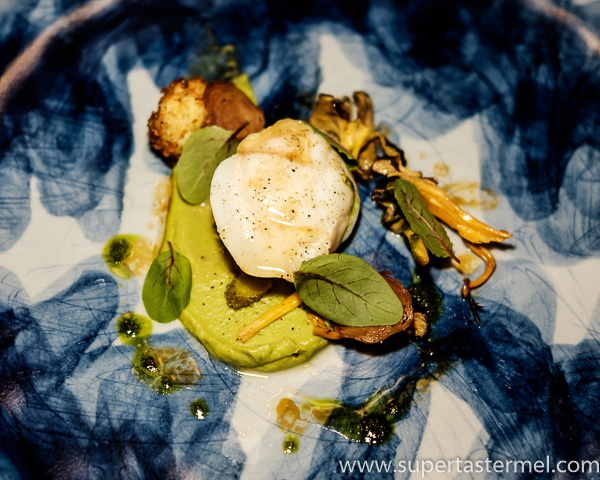 [Decompression] For our first dessert, we circled back to buckwheat with Buckwheat Texture, Carazin Ice Cream. The light flavors served well as a palate cleanser before the second dessert. 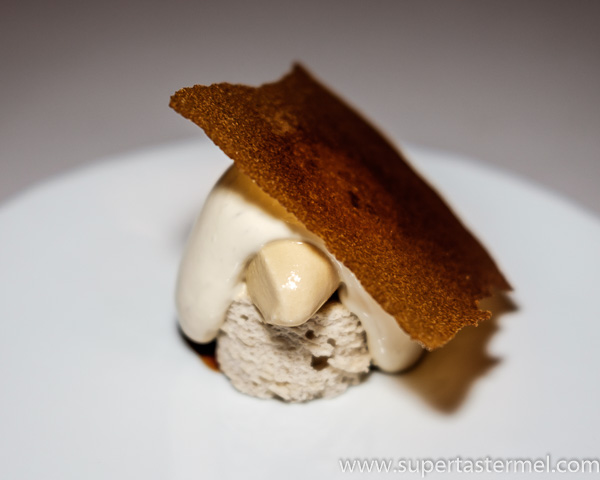 [Coastal View] The second dessert was the Chocolate Tube and Parsley Foam, Pineapple, Banana and Lime Ice Cream. Admittedly I'm not a fan of parsley but the flavor wasn't as strong as I thought it would be. It may sound weird to have parsley in a sweet dish but it's a bit like using mint or basil in a dessert actually. 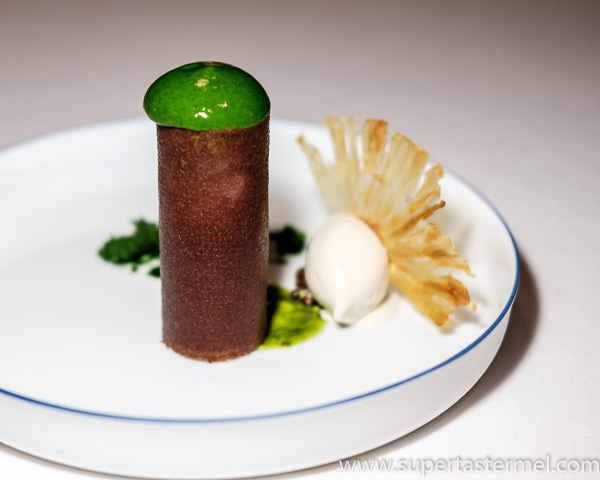 [Back To The Bay] Lastly, we received a box of Mignardises laying on top of (you guessed it) more buckwheat. 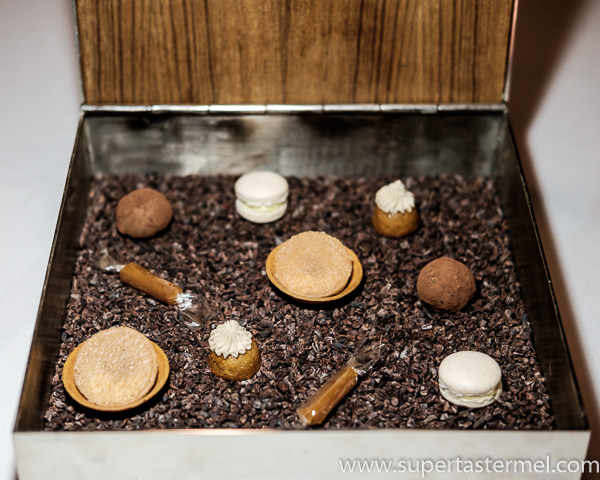 The Ocean by Olivier Bellin is definitely delivering something different in Hong Kong with bold combinations of land and sea. The biggest disadvantage is probably its location as most people consider the south side to be "too far" - let's see if the new concepts will be enough to draw the crowds all the way to Repulse Bay.