If you've watched any TVB shows, chances are you will recognize the celebrity chef here - Steve Lee (李家鼎). Most people call him 鼎爺 or Grandpa Ding; he is best known for Kung Fu until he hosted a popular cooking show on TVB recently where he showcased his cooking skills and knowledge on Cantonese cuisine! Seats at the private kitchen have been hard to come by due to its popularity, but the good news is that he has just opened another restaurant Ding's Club in Central which serves a la carte and doesn't require a minimum of 4 people. The private kitchen offers set menus only which range from HK$888 to $2,888 per person. I've never watched his cooking show before so I have to admit that I was pleasantly surprised with his exquisite food which uses high quality seasonal ingredients.

We started off with a platter of appetizers and my favorite was the char siu which was made with local pork. The chef insisted on using local instead of the more trendy Iberico pork and provided the char siu with 3 levels of thickness for us to get the different mouthfeel. 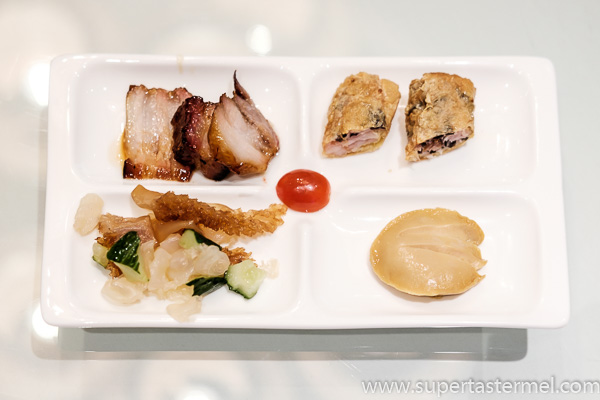 The Braised Goose Feet with Fish Maw and Pomelo Skin was an impressive dish. I'm not a fan of eating goose feet but this one was thoughtfully deboned which made eating it much easier. Braised pomelo skin is a traditional dish that requires a long time to make and it was super soft here without any traces of fiber. 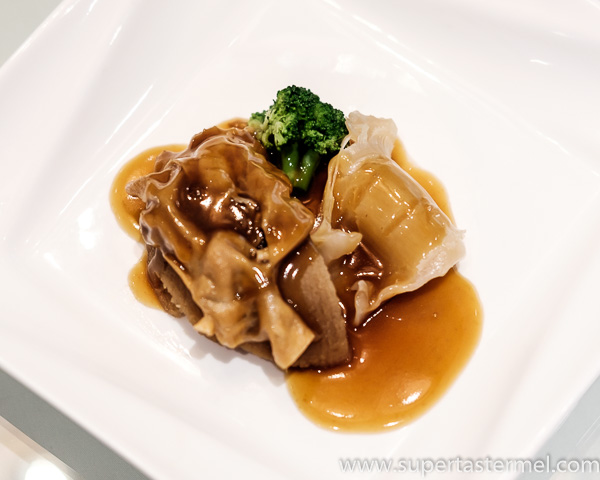 The Crystal Crab with Foie Gras Paste was a real treat using a rare crab from Antarctica which gets its name from its light-colored skin since it lives in the deep water away from the sun. The crab was meaty and flavorful in itself but even more tasty when coated with a layer of aromatic foie gras paste. 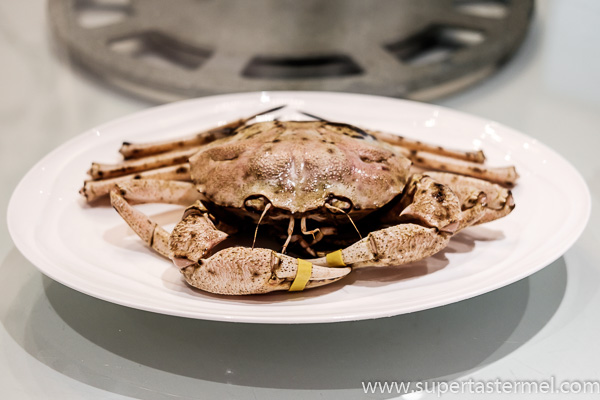 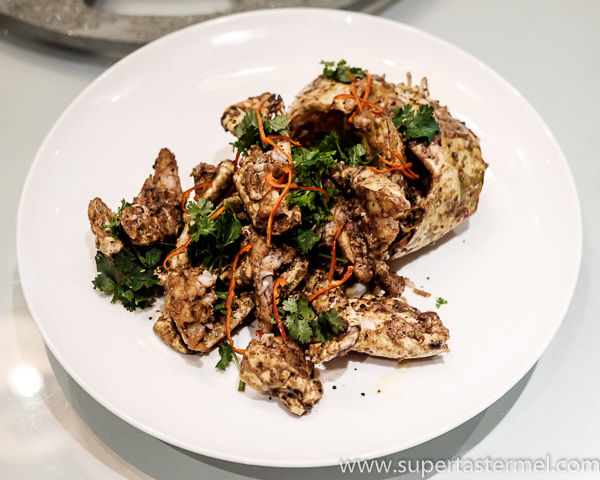 The Double-Steamed Silky Chicken in Kopyor Coconut was one of my favorite dishes - no seasoning was used except for a hint of lemongrass; the sweetness of the soup came inherently from the coconut juice and chicken. It was so good I would have gone for seconds if we didn’t have many more dishes to try. 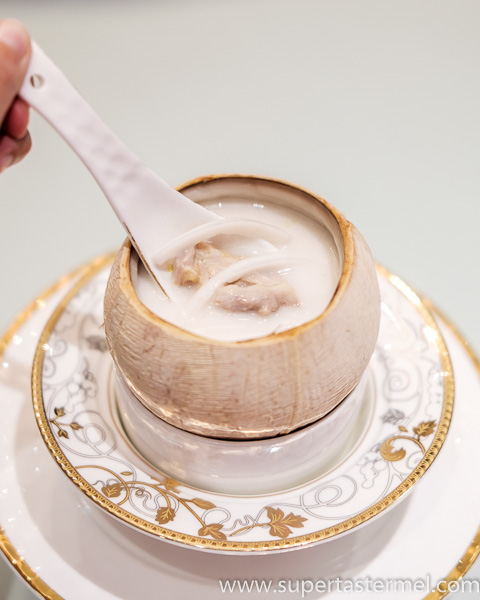 The Shunde Pan-Fried Stuffed Dace Fish was another impressive dish as each fish was stuffed with a different herb - one with tangerine peel and the other with kaffir lime leaves. Each had its own distinctive aroma and taste, and I especially enjoyed the bits of Chinese sausage as well. 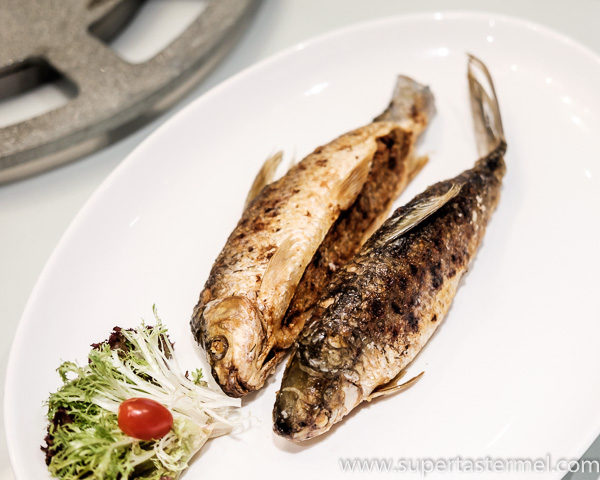 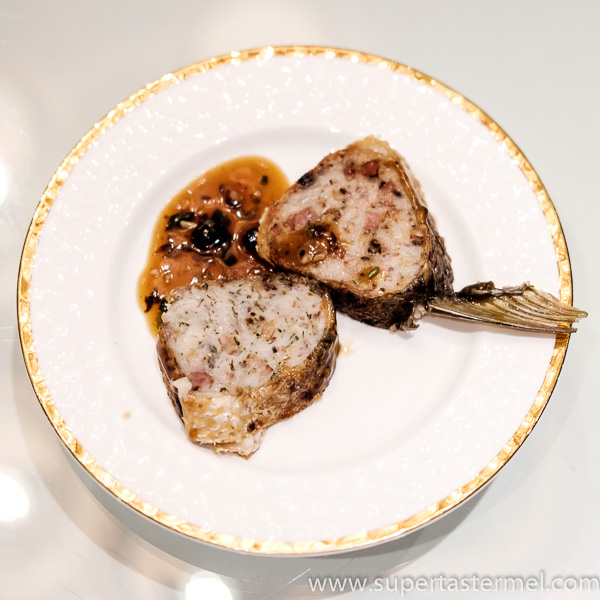 My all-time favorite of the meal had to be this Fried Spare Ribs with Preserved Olive and Black Bean Sauce! Before the dish was served, we got to see the chef prepare the dish behind a special window in our private room. The ribs were fried to perfection but what really made this dish was the addictive sweet and savory sauce which coated the meat - I gladly went for seconds even though I was already full. 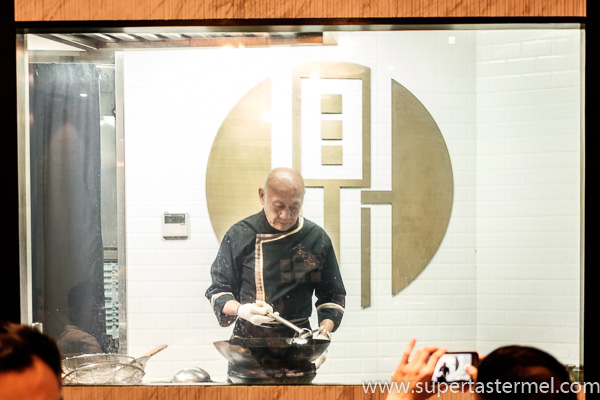 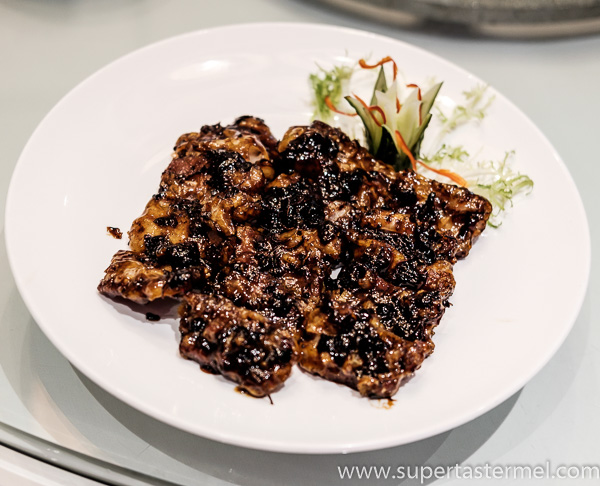 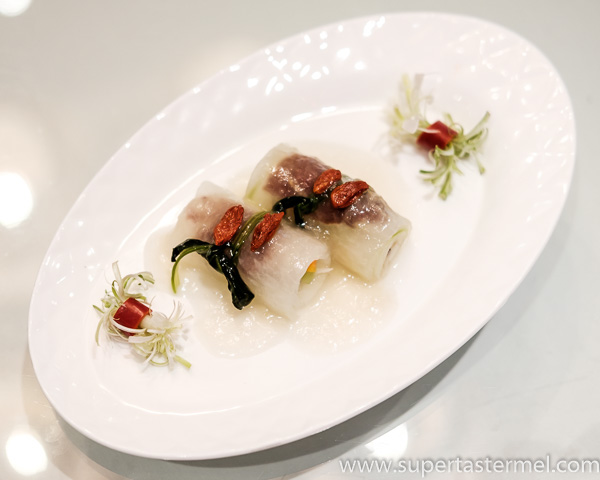 My least favorite was the Traditional Chicken Simmered in Young Ginger Sauce. The sauce was actually really nice but the chicken pieces that I was given was hard to chew through and I had better young ginger elsewhere in Hong Kong. 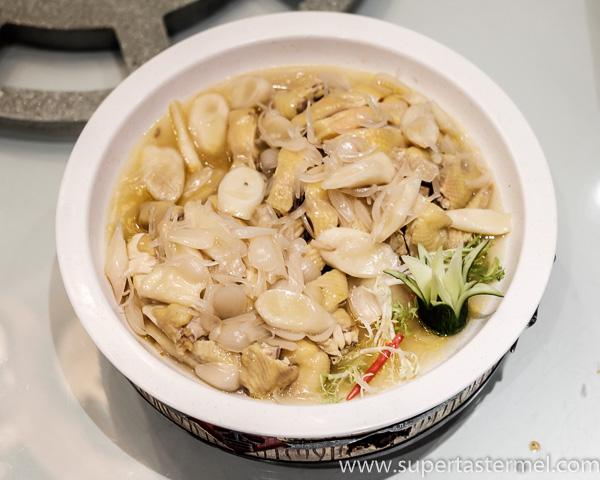 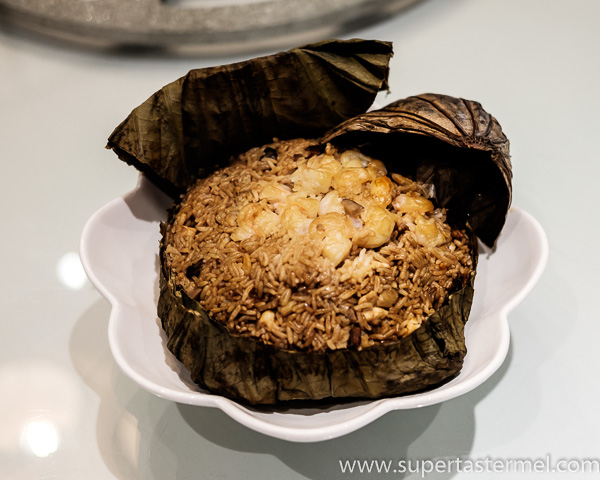 The Black Sesame Soup with Tofu was quite special as instead of whole chunks of tofu, very thin slices of tofu were used here. 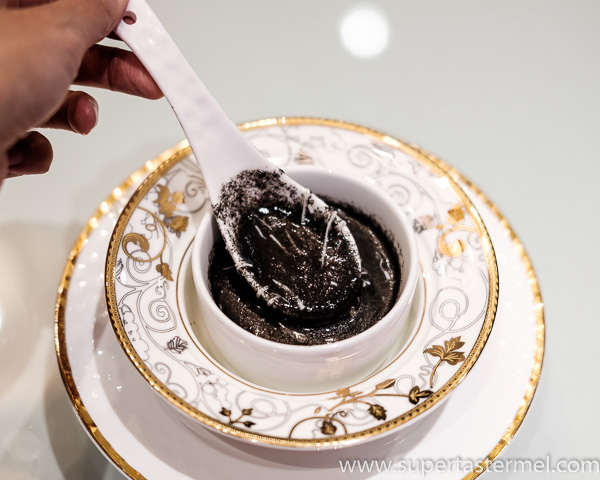 As Mid-Autumn is coming up, we were treated to this custard mooncake customized with the chef's name. Happy Mid-Autumn Festival everyone! 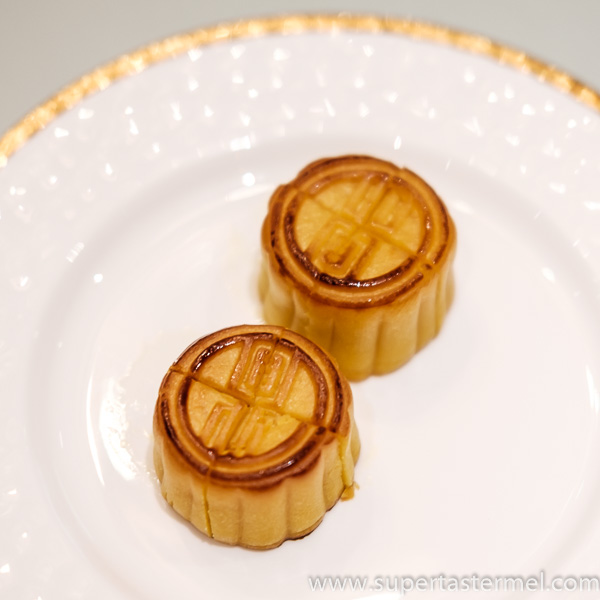