Rating: ❤❤❤❤1/2 (4.5/5)
In the middle of an old shopping mall with cheap eats and massage parlors lies Shimbashi Tsuruhachi - a reputable sushi restaurant with Hirokazu Igarashi at the helm. The original Tsuruhachi was founded in Kanda by Yukio Morooka while Shimbashi Tsuruhachi was opened by his pupil Hisataka Ishimaru. Igarashi San and Kunihiro Shimizu of the famed Shimbashi Shimizu both apprenticed at the Shimbashi branch before the former took over in 2014. It's been on my list to try for a while and luckily we were able to get seats for dinner even with the shortened hours of operation due to the state of emergency in Tokyo. The restaurant is small with only 6 seats at the counter, and the style here is very classic Edomae with nigiri that are quite large in size. Prices are reasonable with the choice of omakase or okonomi where you can choose what you want to eat. 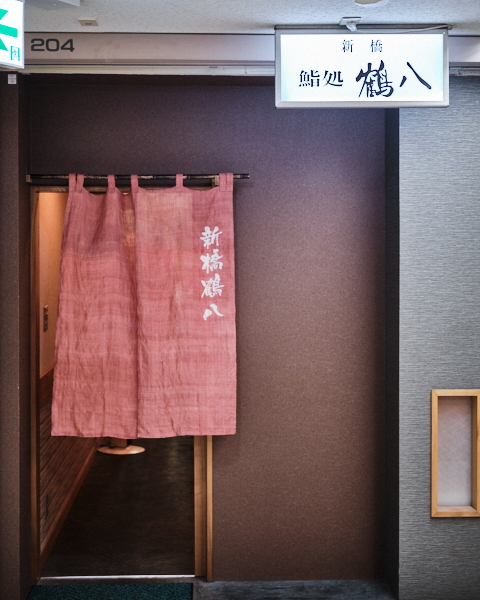 The chef was friendly and the dining atmosphere was casual, so we felt at ease even though it was our first time there. 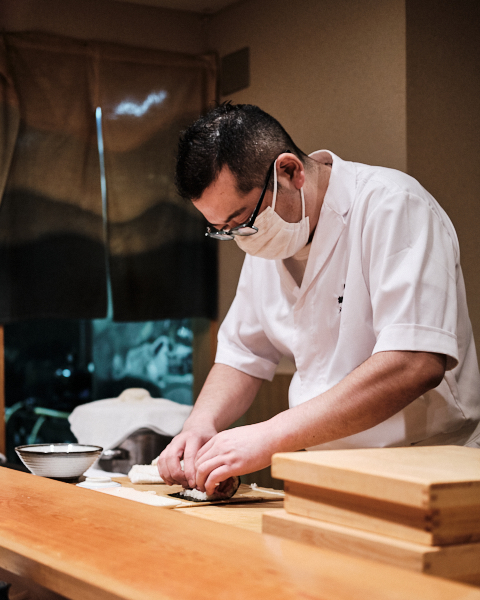 We opted for the omakase with both tsumami and nigiri, but a few of the regulars at the counter simply ordered from the menu on the wall. 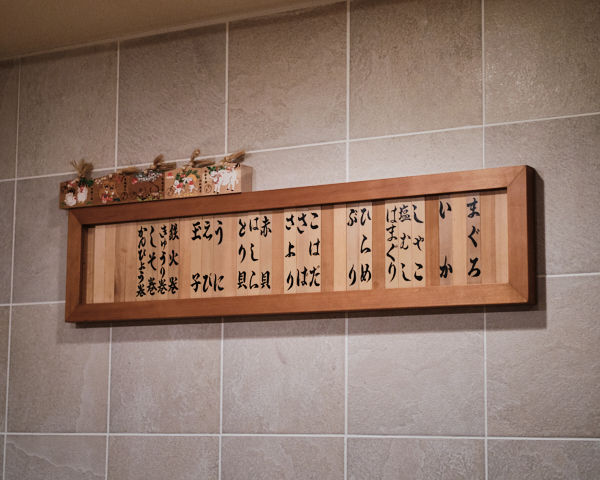 We started our tsumami with Hirame with its engawa, and immediately we could tell that the quality of the neta here was pretty high. 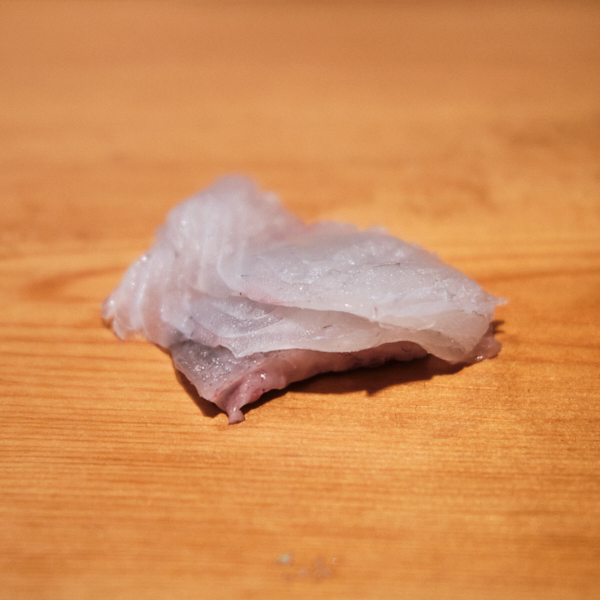 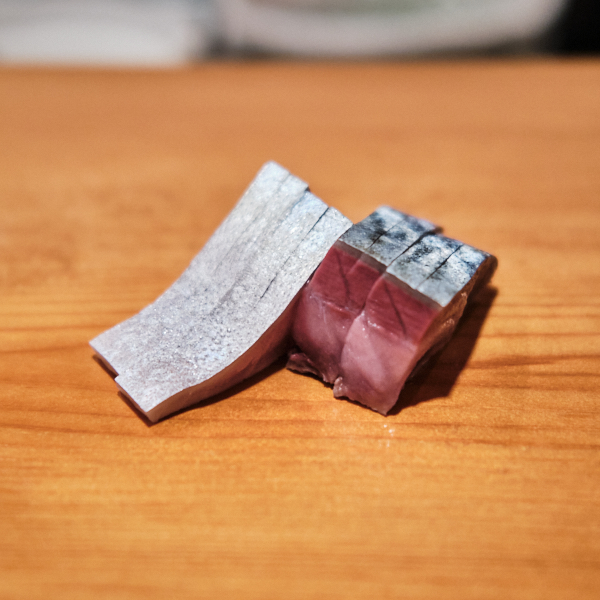 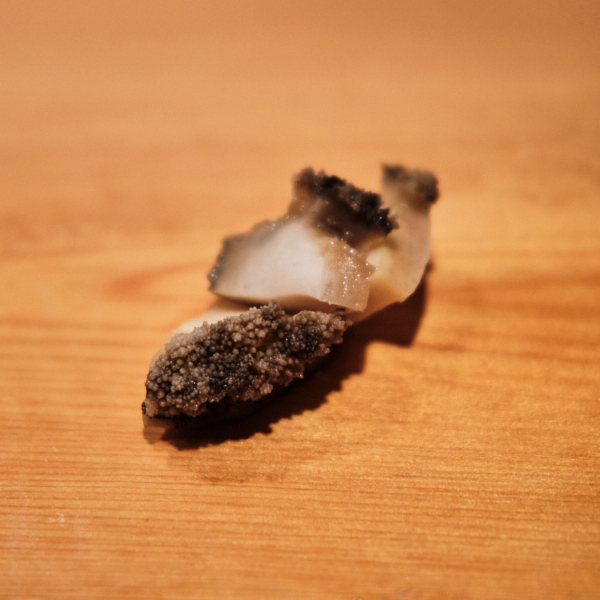 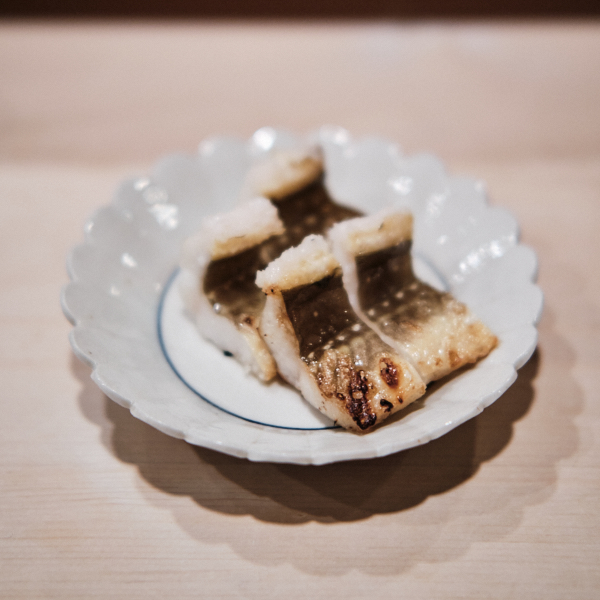 Hotate with Nori (Scallop with Seaweed) 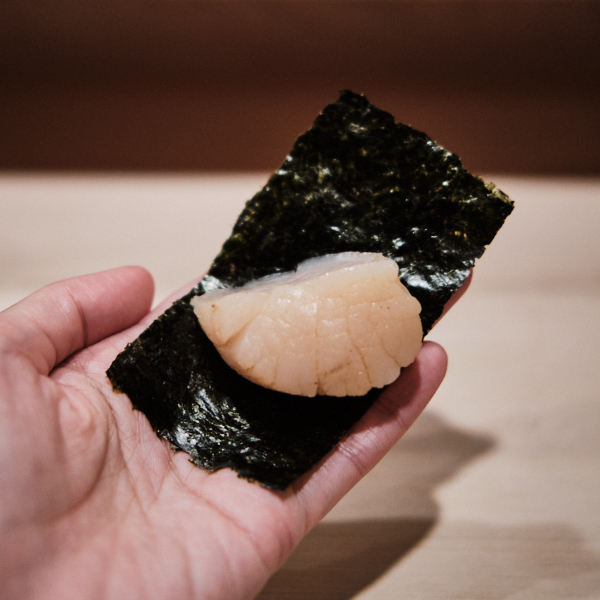 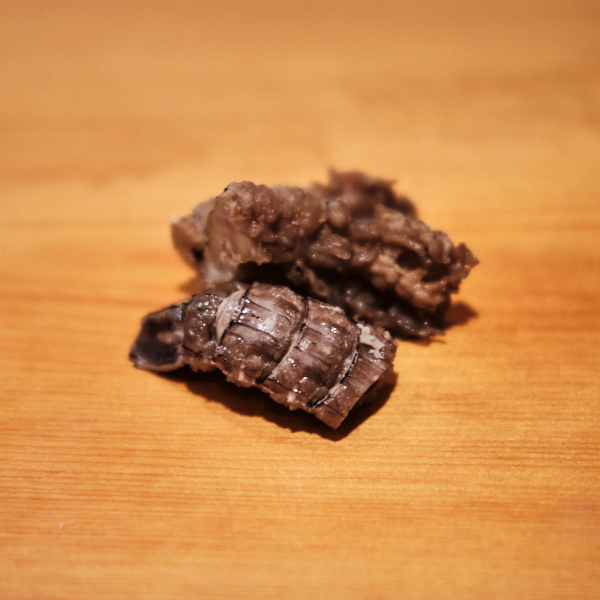 Next up was the nigiri portion. Seasoned with akazu, the shari here was fantastic as it was nicely firm and acidic.
Sumi-Ika 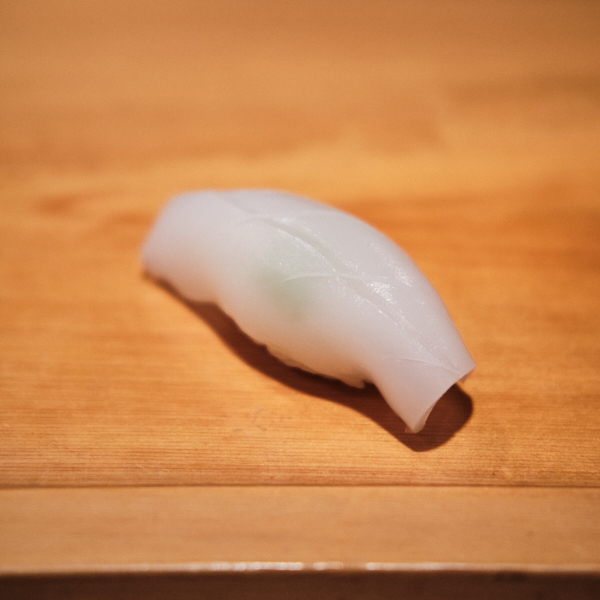 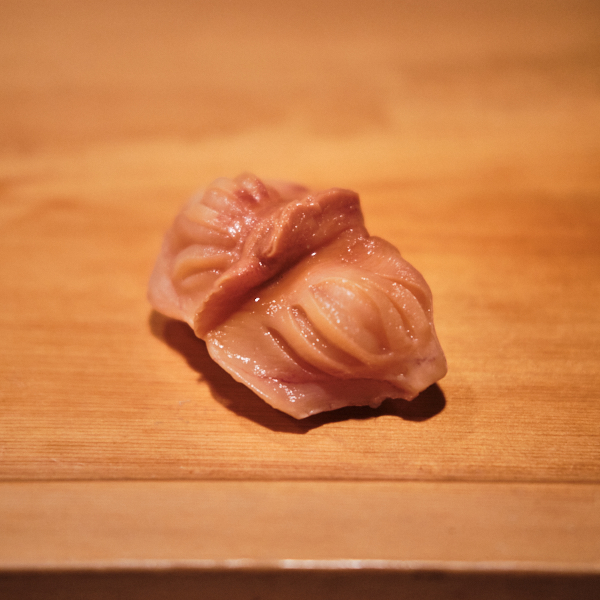 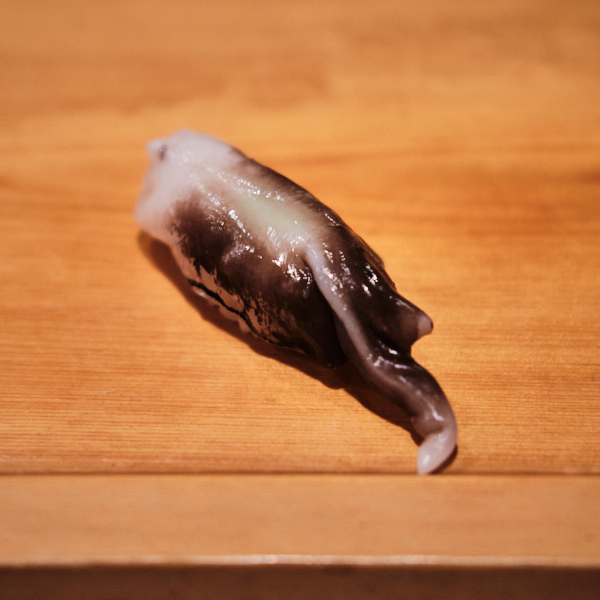 Akami - the Akami was quite large so the chef made it into two pieces for me while the other gentlemen at the counter (including J) got theirs in one piece. 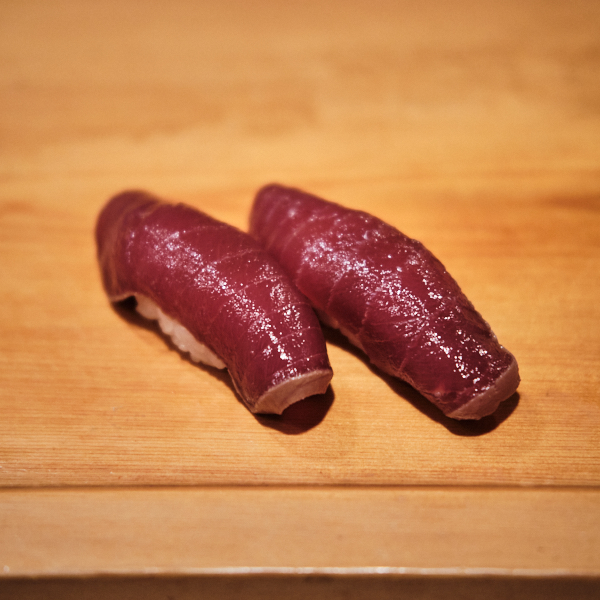 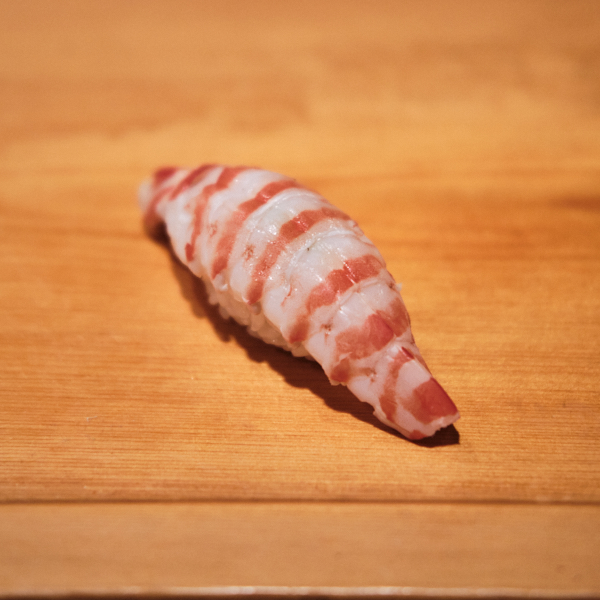 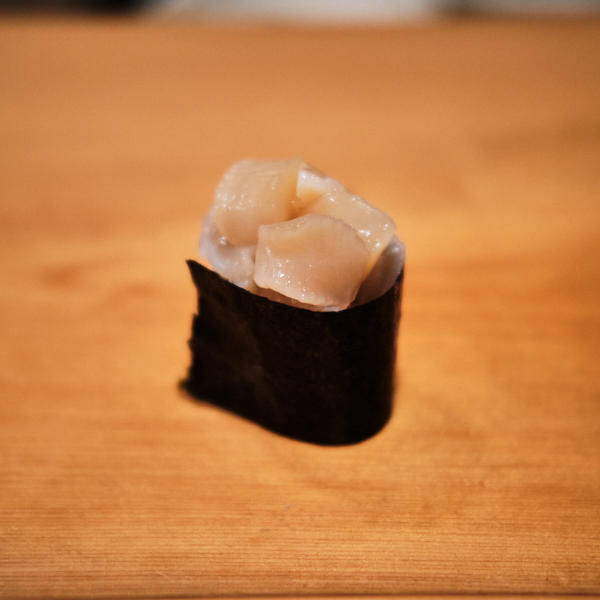 Bafun Uni - this generously topped Bafun Uni Gunkan was easily one of the favorites as it tasted like ice cream from the sea. 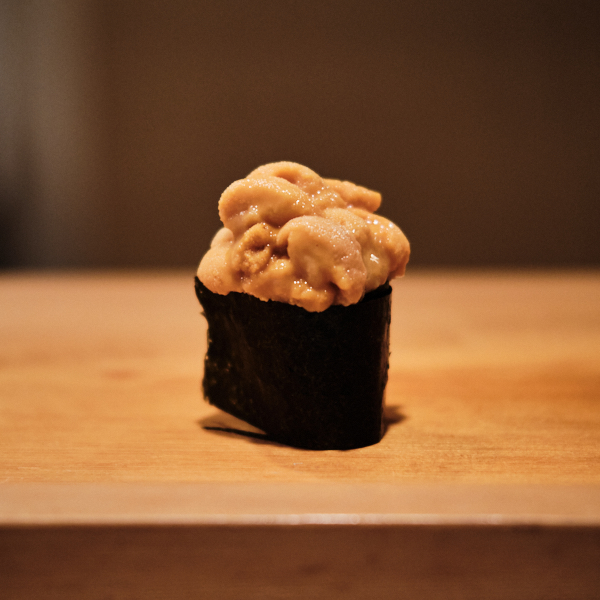 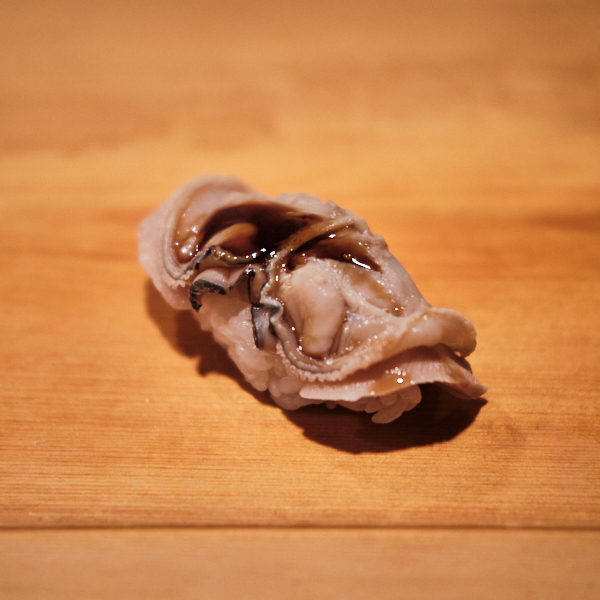 Maguro Maki - our meal ended with the restaurant's signature Maguro Maki with slices of akami, chutoro and otoro. What a fantastic way to end the night! 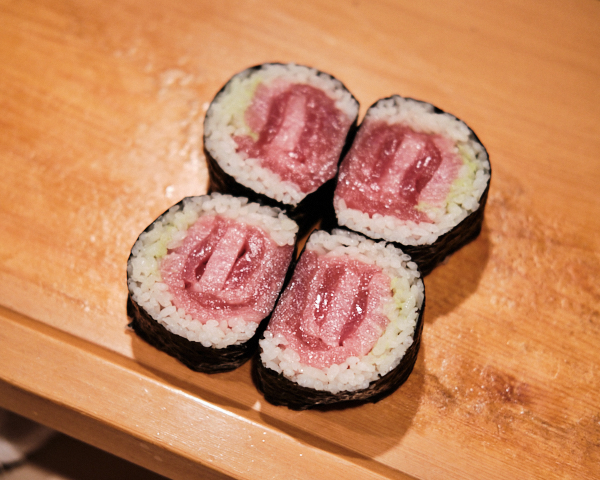