It's been a year since my last visit to SEPA and now it's better than ever with new dishes and a newly designed menu that is easier to read! SEPA specializes in Venetian cuisine with a cool dining space and since I had a great experience here last time, I was excited to be invite to try the new additions on the menu along with some old classics.

We started off with the Polpette ($98) which is homemade traditional meatballs with a mix of beef and pork along with a honey mustard sauce. Initially I thought these were the croquettes I had last time because the presentation was completely the same but I realized they were different the second I put the soft and tender meatball in my mouth. I expected the flavors to be stronger from the meatball itself but I also liked the honey mustard sauce which added a nice touch of sweetness that wasn't overbearing. 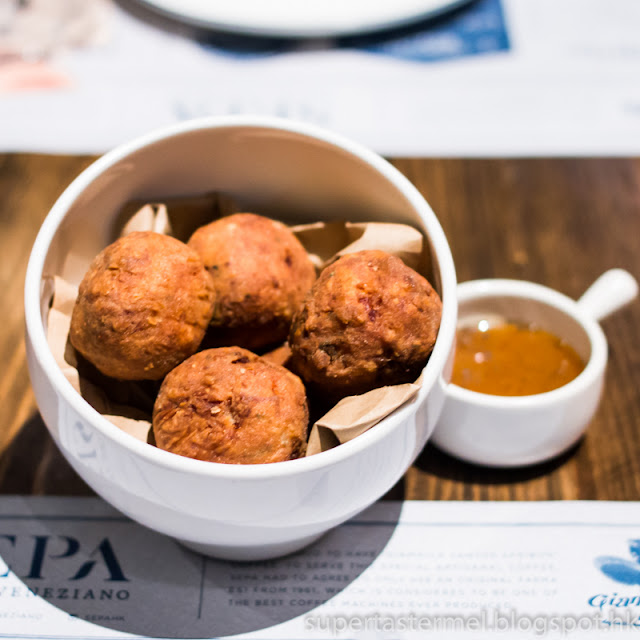 The Affettati Board ($168) was great as you can build your own board or get a little bit of everything with mortadella, praga, sopressa, coppa and proscuitto di parma along with a side of focaccia and homemade pickles. The meat was of high quality and while the focaccia was a bit hard for my taste, I really enjoyed the homemade pickles! 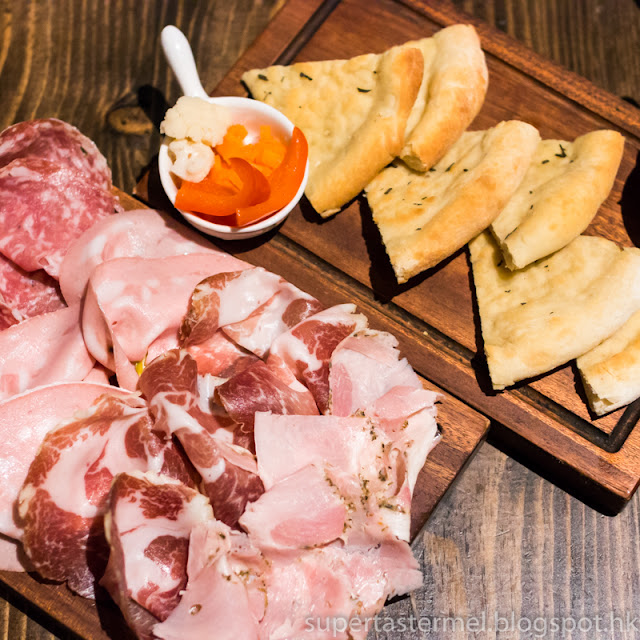 The Carpaccio di Manzo ($98) with home-made cracker and black truffle was amazingly aromatic and delicious. The only bad thing was that it left us wanting for more! 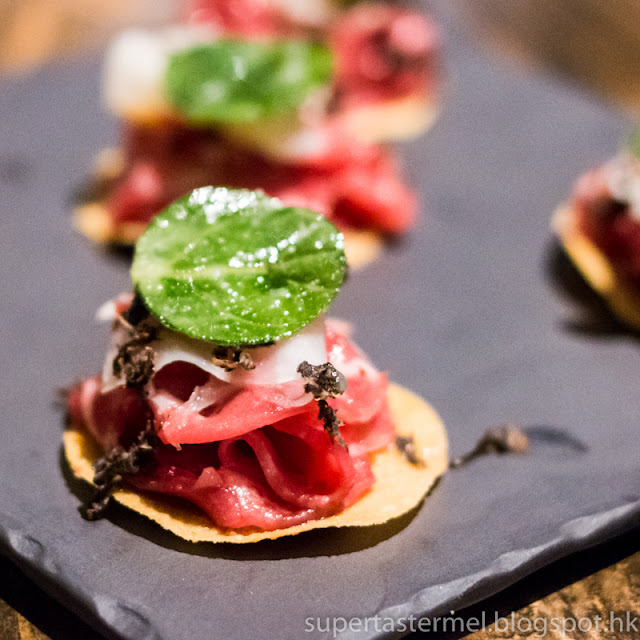 Compared to the Focaccia with parma ham and burrata which I have tried before, I liked the Bomba e Mortadella ($128) even more with its fluffy soft homemade bomba with mortadella, ricotta and black truffle. 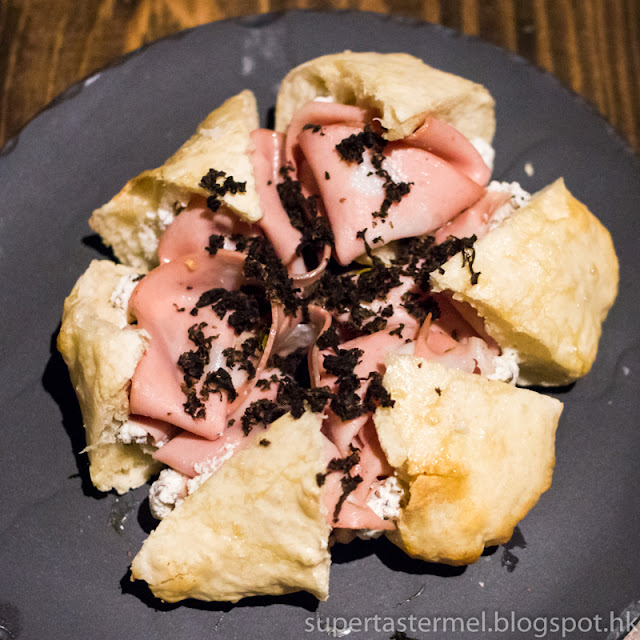 The Spaghetti Carbonara ($148) with cured pork cheek, 12 months aged Parmesan cheese and 63 degree Japanese egg was solid but not a dish that really stood out for me here among its other dishes. 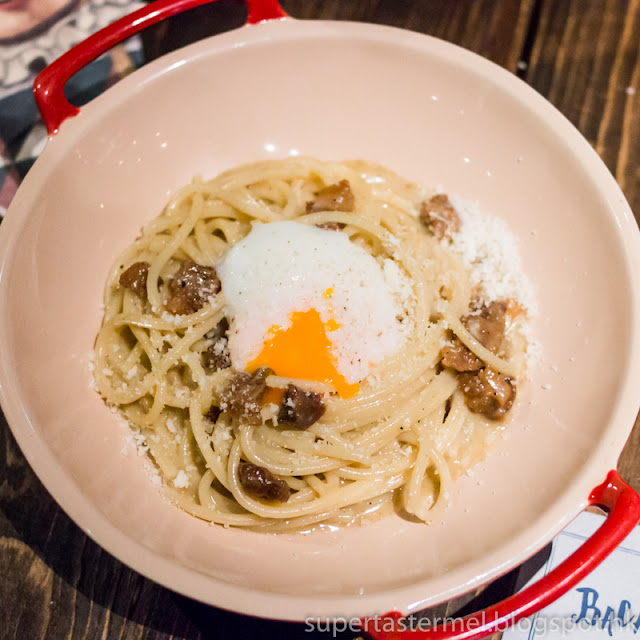 On the other hand, the Venetian Rosti with Soft Shell Crab ($138) was really something special as I've never had anything like this before. The base was made with Bomba rice and it was baked so it was partly crispy which went with the soft shell crab really well. Definitely worth a try if you have never tried this before! 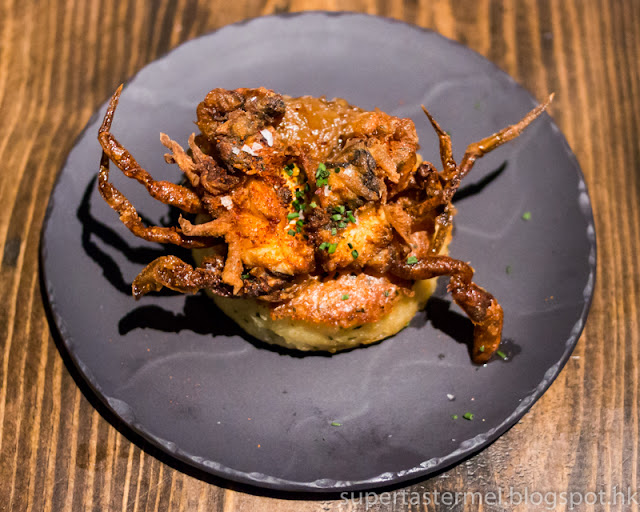 The SEPAghetti ($188) with squid ink spaghetti with Sicilian cuttlefish carpaccio was a bit under-seasoned for me though. 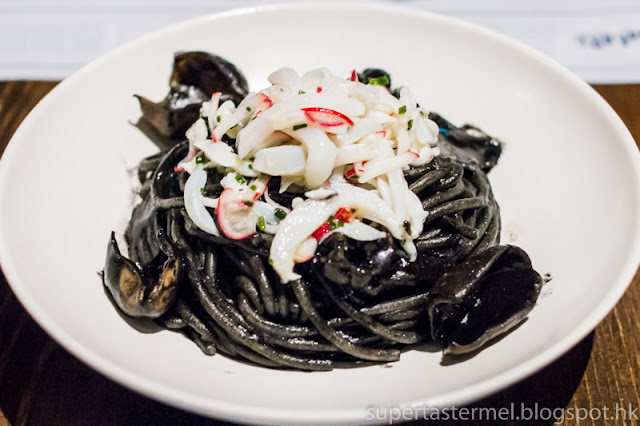 I couldn't help but stare in awe when the Tartare di Manzo ($198) came out - a beef tartare with 12 choices of seasoning: brandy, egg yolk, ketchup, mustard, chili, capers, salt, pickled cucumber, onions, shallot, bread and lemon juice. Honestly it was hard to choose a particular condiment so we ended up getting a bit of everything and the staff helped us mixed it all up. I liked that we had a say in what we wanted but I'm also torn because I'd also like the chef's take on what he thinks is best for the beef to bring out the most flavors. 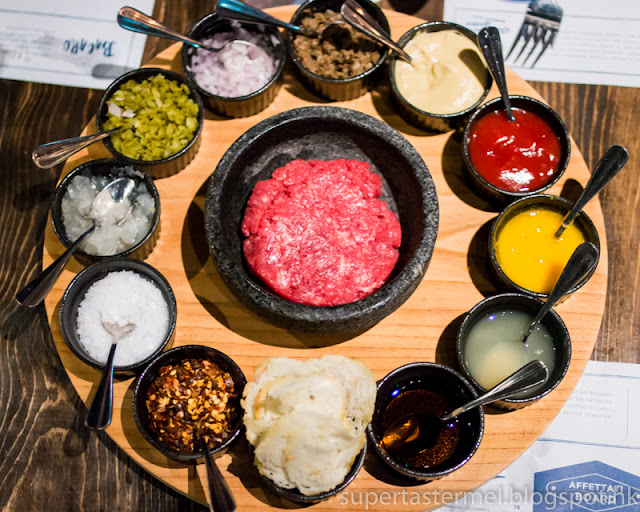 Before our desserts came out, we were asked if we would like to try a very special coffee offered here which is a rare blend of Giamaica Santos Afribon coffee. To serve this special artisan coffee, the restaurant had to agree to only use an original Faema E61 coffee machine from 1961 which is considered one of the best coffee machines ever produced. I didn't try the coffee since I did not think I would be able to sleep that night but it sure smelled good. I would definitely come back during the day next time to give this a try. The Tiramisu ($98) with Afribon coffee was legit as they did not skimp on the mascarpone cheese so it had that perfectly rich taste and creamy texture that we've all come to love in a good old tiramisu. 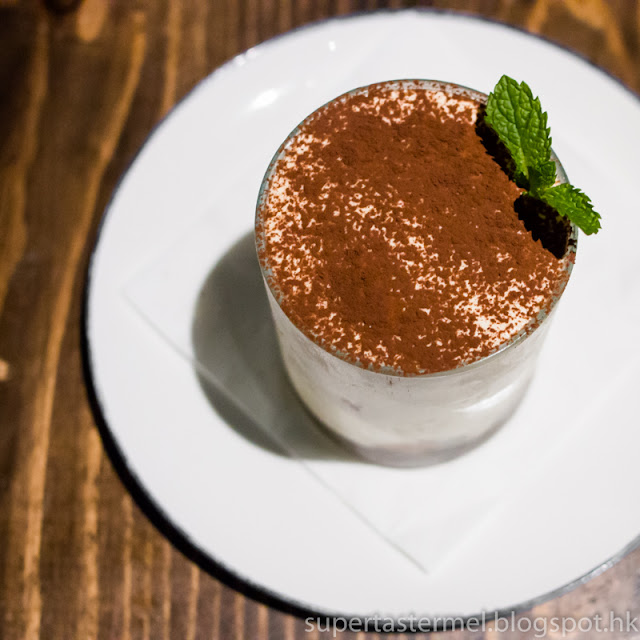 The Double Chocolate Cake ($98) is for all chocolate lovers with 72% Valrhona dark chocolate, valrhona white chocolate with sponge cake and mango sauce. 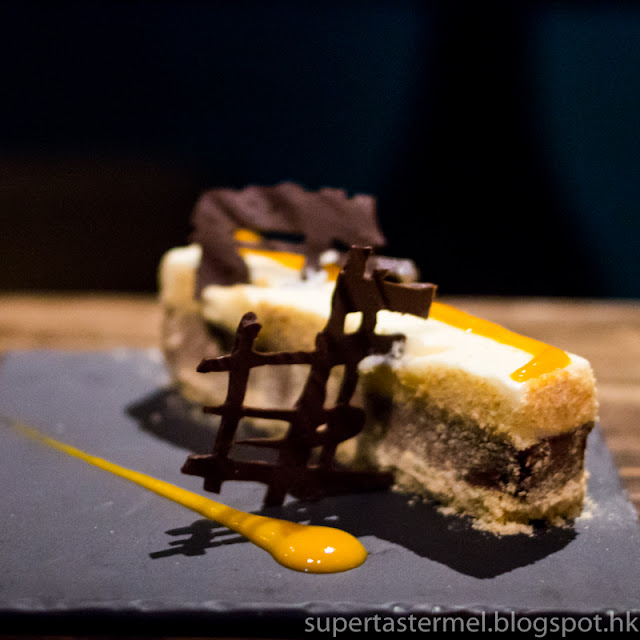 Verdict - as one of the only restaurant in Hong Kong specializing in Venetian cuisine, SEPA is the place to go when you want a little Venice in your life. I'm daydreaming of canals, gondola rides and a masquerade parties with Venetian masks already!