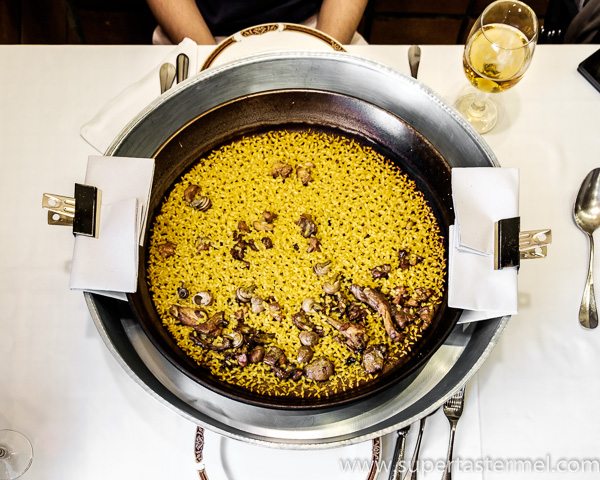 After Barcelona, we headed down to Valencia for more eating! On our first day, we drove almost 2 hours one way in search of the “best paella” as declared by Ferran Adrià and Joel Robuchon. The restaurant is Paco Gandia which only opens for lunch and offers three choices for paella -  vegetables, rabbit and both snails and rabbit (unlike modern day paella, traditional ones don’t include seafood but instead meat, beans and snails). The chef Josefa Navarro learned to cook from her mother and uses traditional techniques such as cooking the paella over a burning pile of sticks cut from local grapevines. It was a little difficult trying to communicate with the staff at first since they didn’t speak any English, but after a lot of gesturing and one word sentences (‘paella’, ‘vino’, ‘no comprende’), we managed to place our order! 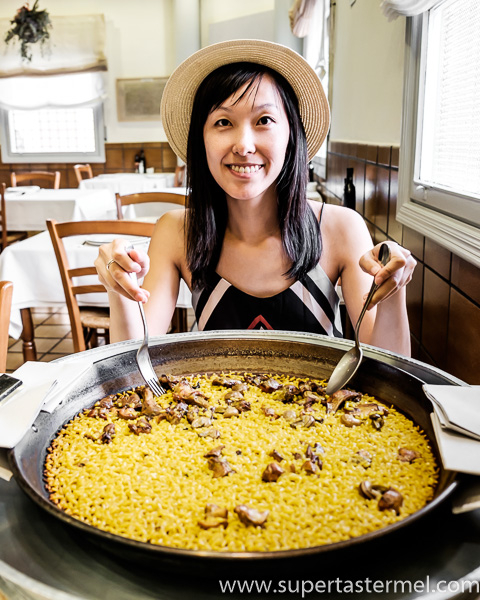 The cozy restaurant was pretty empty when we arrived at opening time around 1PM but started getting full by 2PM. Guess people eat lunch pretty late in Spain... 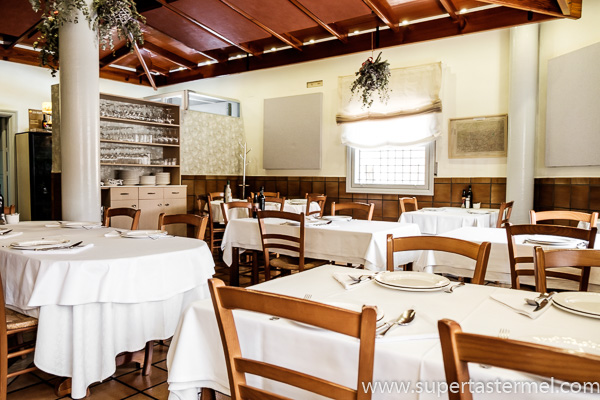 I asked to see the kitchen and our hosts graciously granted my wish so I can see the paella cooking in action! 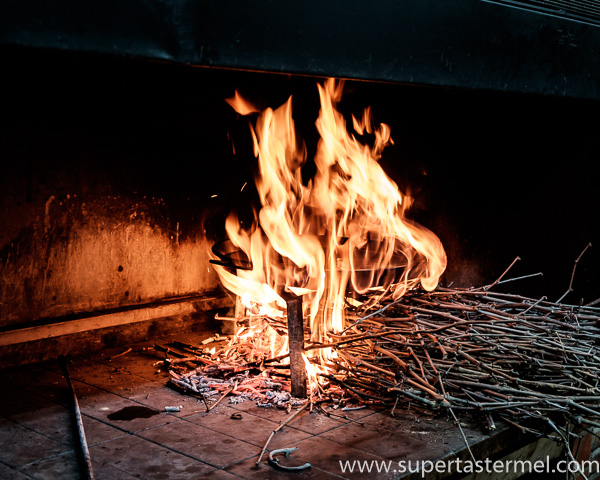 So after we had already ordered the paella, the staff actually managed to find an English menu. We discovered that besides paella, the restaurant also serves an array of appetizers, seafood and meat. Since we weren't sure how big the paella would be, we didn't want to over-order and only opted to try one other appetizer. This scrambled eggs with sausage (€2.5 per pax) didn't look anything like I'd expected but it was actually pretty good! 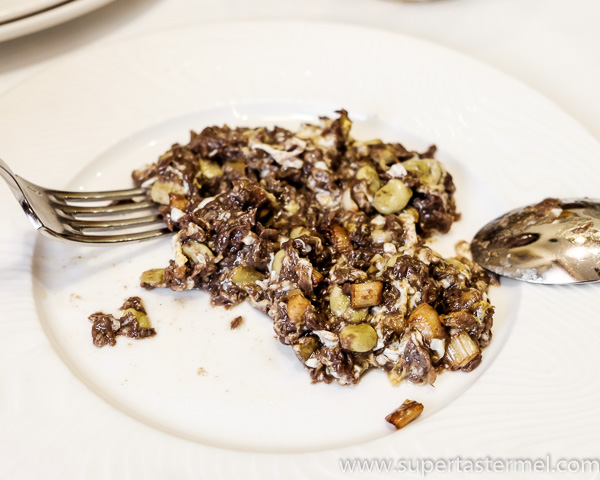 After around 20 minutes, our rabbit and snail paella (€18 per pax) arrived! It came in a big pan but much to our relief, the layer of rice was thin and flat. Usually senia or bahia rice is used here which formed a nice golden yellow color from the saffron. The paella had also picked up a hint of smokiness from the kindling underneath. I’m not an expert on paella, but this was really flavorful and one of the best I’ve ever had!

The rabbit had been fried beforehand and the flavors were lovely but the snails, on the other hand, had little taste. 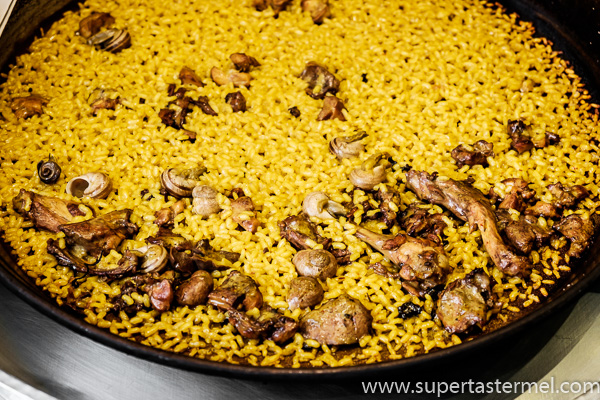 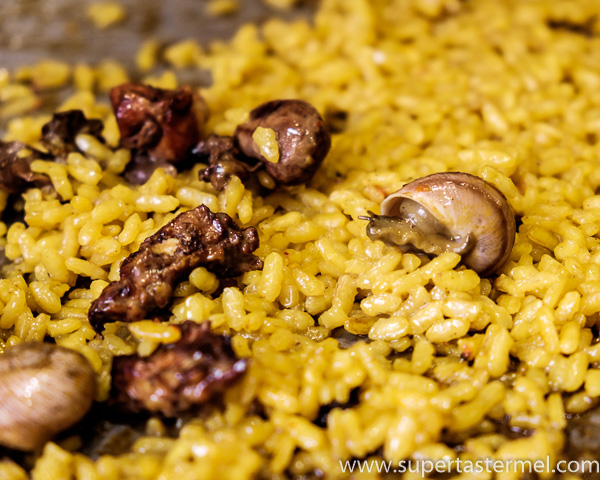 The rice on the edges formed a crunchy crust just like our very own clay pot rice! 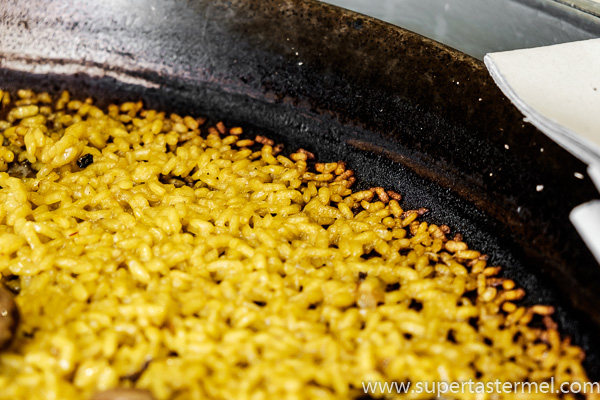 I didn't have time to try other paellas in Valencia so I don't know if this was worth the drive or not, but if you don't mind driving or are in the area anyways, then this is a restaurant not to be missed.