The Chairman is totally worth the hype! Serving delectable Cantonese cuisine, the restaurant strives to bring out the original flavors of food by using fresh and local ingredients, and no MSG. The two story restaurant was just recently renovated, and the decor inside is more modern now with stark white walls. Initially we wanted to get a booking for a bigger group, but we were only able to get a table for 4 even though we had called a few weeks before. We still took the table so it's probably best to call ahead if you have a big group. As first timers, it made sense to get one of their famous set dinner menus for 4 people starting from $598 per person.Sichuan Style Shredded Pig's Ear & Tripe Salad with Fresh Guava (5/5) - this dish was actually pretty spicy with intense peppercorn flavors! The shredded pig's ear and tripe were deliciously chewy while the addition of the fresh and sweet guava was a great touch as it was able to offset the spiciness effectively. 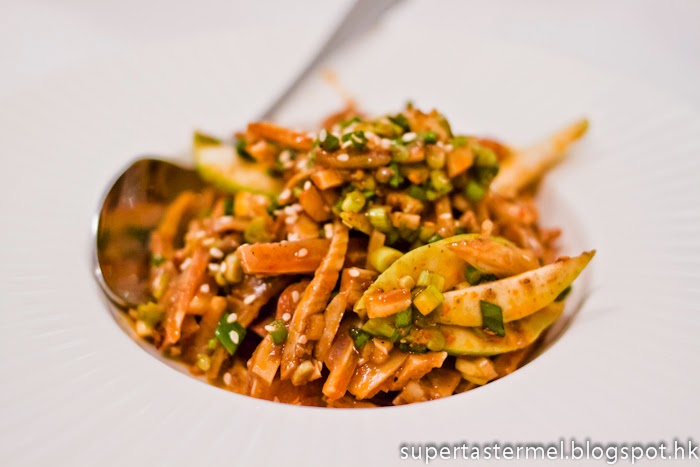 Slow Cooked Pork Neck served with Pickled Turnip (4/5) - the slices of pork neck were soft and tender while nicely seared on the outer edges. The pickled turnip was also appetizing with sweet and tart flavors and crisp textures. 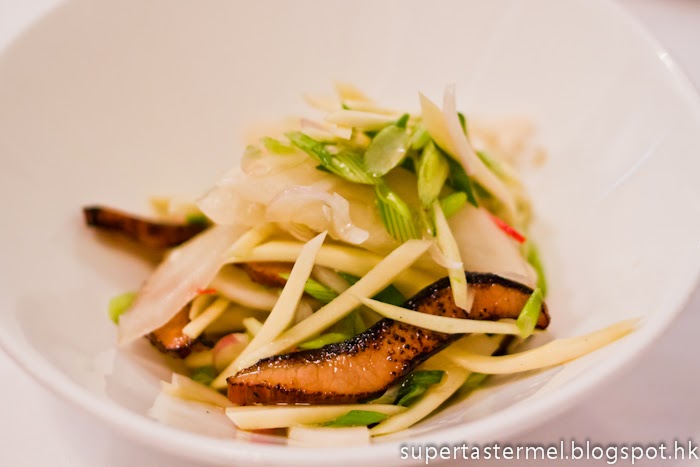 Smoked Baby Pigeon with Longjing Tea & Chrysanthemum (5/5) - I was wowed by the fragrant smokiness of the baby pigeon which had an apparent Longjing tea aroma - not so much the Chrysanthemum though. Aside from the aroma, the crispy skin and tender meat of the pigeon were finger-licking good as well. 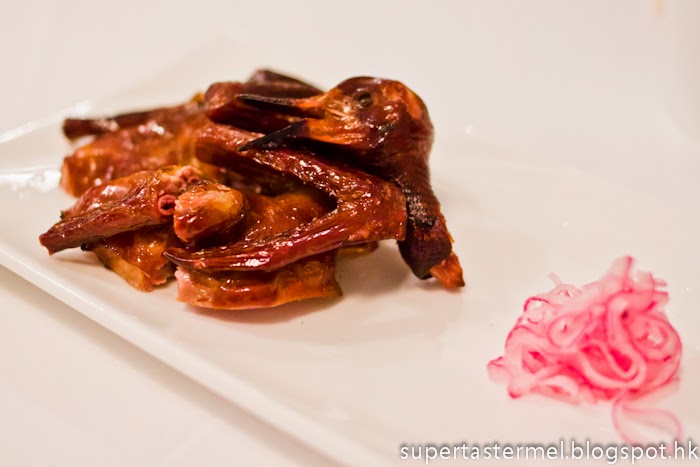 Soup of the Day (5/5) - the daily soup was light and pleasant to drink with papaya, almond, longan, and clams. It was sweet and well-balanced with the salty sea flavors of the clams - it was the first time that I had tasted a Chinese soup with such intense clam flavors! Steamed Fresh Flowery Crab with Aged Shaoxing Wine & Flat Rice Noodle (5/5) - only one word can describe this dish - Wow! This is one of The Chairman's signature dish and it was easy to see why. The flowery crab was superbly fragrant from bathing in the Shaoxing wine and chicken oil sauce and heavenly in taste. The pairing with the smooth and soft rice noodle was genius as the rice noodle was simply ravishing to eat after absorbing all of the rich Shaoxing wine sauce. 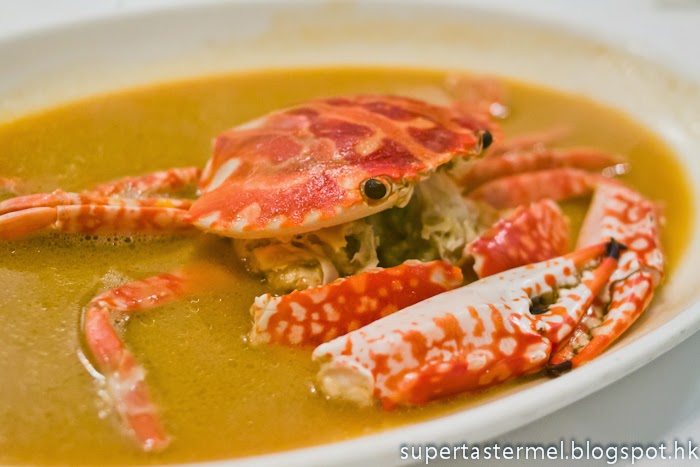 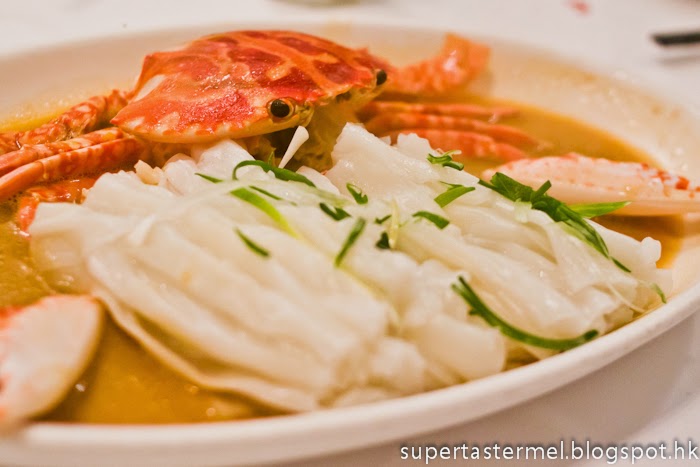 Oxtail in Port and Cumin (4/5) - the oxtail was tender and chewy in all of the right places while the flavor was reminiscent of Bolognese sauce. The dish was rich and delightful in its own way. 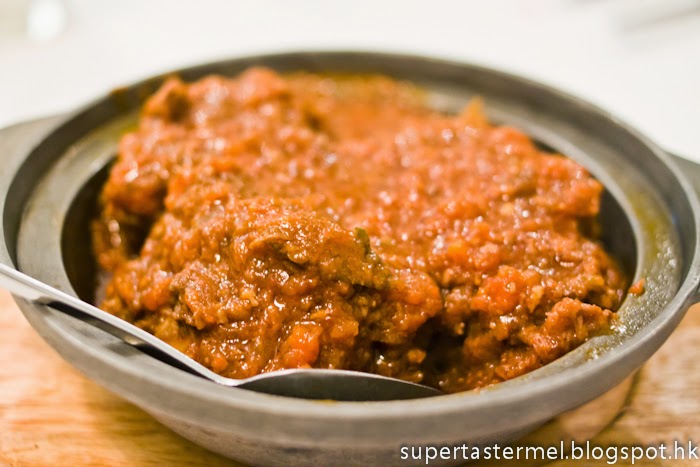 Steamed Chicken with Galangal (3.5/5) - arriving in a bamboo steamer, this dish was a bit ordinary as the chicken wasn't that tender while the flavors were just average. 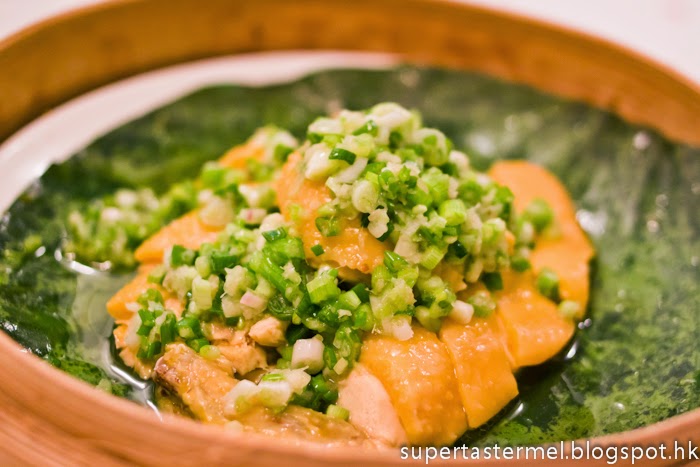 Braised Spare Ribs with Preserved Plums in Caramelized Black Vinegar (4.5/5) - the spare ribs were deliciously crispy on the outside while the caramelized black vinegar glaze was perfectly balanced in its sweetness and tartness. The only thing that I didn't get were these crisps off to the side with marinated ginger cubes that didn't really do anything for the ribs. 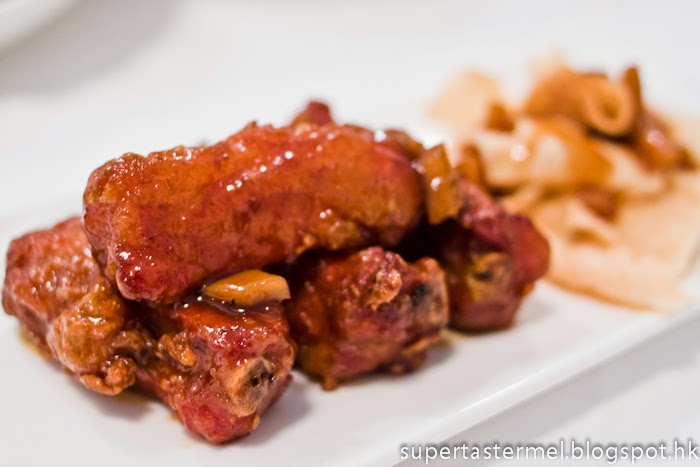 Fried Rice with Pork Neck and Pickled Olive (4/5) - the fried rice was conveniently divided into bowls for each of us to eat. It was stir-fried perfectly as the rice was dry enough for us to taste each of the grains. The pickled olive vegetable was salty though which made the rice a bit salty whenever we took a bite with olives in it. 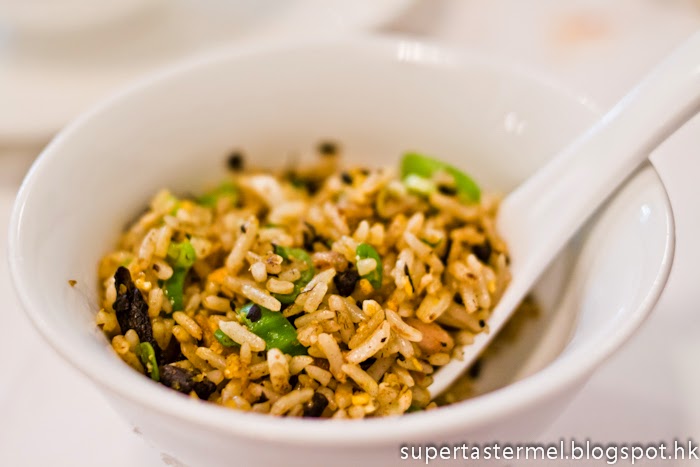 Desserts of the Day (4/5) - to round off our meal, we got 2 desserts - a hot almond tea and goji berries ice cream! The almond tea was soothing and fragrant as it was smooth and slightly sweet which helped with the digestion after a full meal. I was really looking forward to trying the one-of-a-kind goji berries ice cream here but the batch that we got was a tad icy which affected the texture and flavor of the dessert. To our surprise, we got a petit four after our desserts as well - almond cookies! The cookie was coffee flavored and infused with almond bits which was so crunchy and tasty to eat. Overall, I was very impressed with the high quality and creative flavors of the Cantonese cuisine at The Chairman. The service was also surprisingly polite and helpful as I was expecting the typical standoffish attitude at most Chinese restaurants in HK. All the more reason to come back!