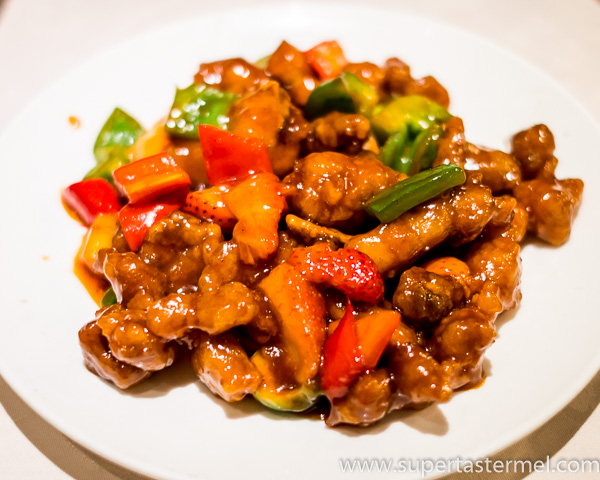 After our Spain trip, we decided to eat more Chinese food in Hong Kong instead of Western food so J suggested that we try Pang's Kitchen (彭慶記) one night. Pang's Kitchen is a Michelin-starred restaurant serving traditional Cantonese cuisine (specifically Shunde 順德) and has been a staple in Happy Valley for many years. When I called to make a reservation in Chinese, the guy who answered spoke really quickly and in a rush so I can already gauge the type of service to expect. He said that they do two rounds of service and if I wanted the earlier round from 6-8:30pm or the later round after 8:30pm. I said that I wanted to come earlier and he replied that I can come at 6:30pm if I wanted. When we arrived, the smallish restaurant was jam-packed already and we got seated by the door where the table had to be pulled out in order for me to sit down. We got real cozy with our neighbors and got down to the business of studying the menu. The menu was pretty extensive with choices from seafood, poultry, pork, beef, vegetarian, etc. and all dishes start from over HK$100. We ended up ordering 3 dishes to share between the two of us which were more than enough food. 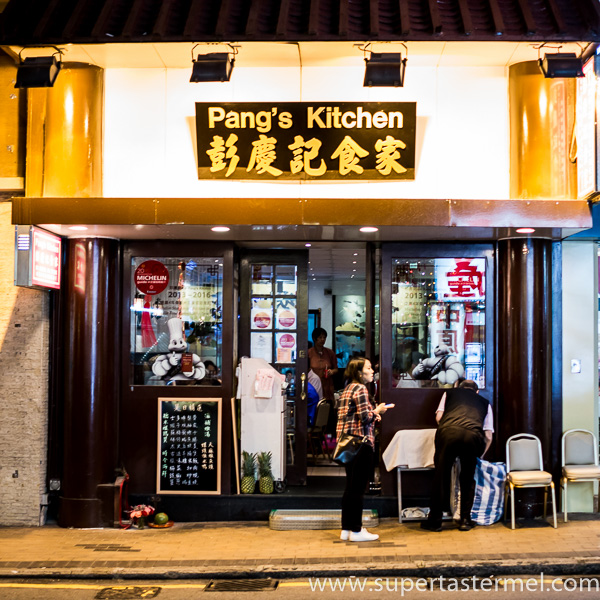 The Sweet and Sour Pork with Strawberries ($128) seemed highly recommended here and since I love sweet and sour pork, we had to get this. The flavors were decent and well-balanced but the exterior of the pork could have been crispier though. Usually the sweet and sour pork is stir-fried with pineapples so it's not a far stretch to use strawberries instead. My favorite version of sweet and sour pork is a kind with a very sticky sauce called 拔絲咕嚕肉 (which roughly translates into sweet and sour pork with stringy sauce) but I haven't been able to find it again after the chef left the restaurant where I first discovered it in Sheung Wan.

The Pea Shoots with Salted & Century Egg ($128) was very flavorful and used quality ingredients (i.e. century eggs). Usually this dish is done with Chinese spinach but they told us that they only have pea shoots instead which worked just fine. 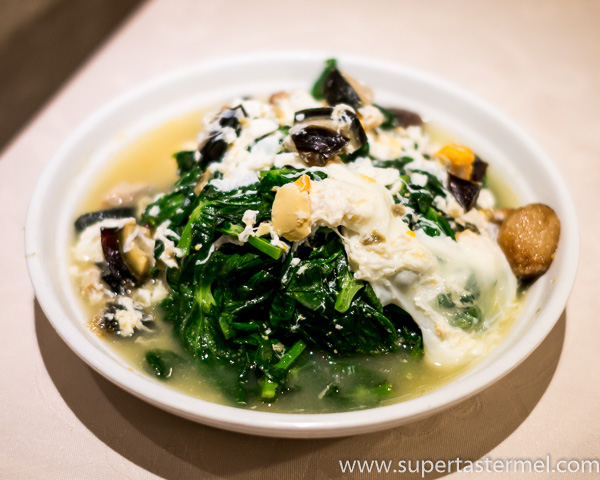 The Fried Milk with Scallops ($188) was the best dish of the night as this traditional Shunde dish was skillfully executed using scallops to bring out the delicate flavors of the fresh milk and egg white. Our only gripe was that this dish came last which really should have came first since the flavors were the lightest out of our three dishes. 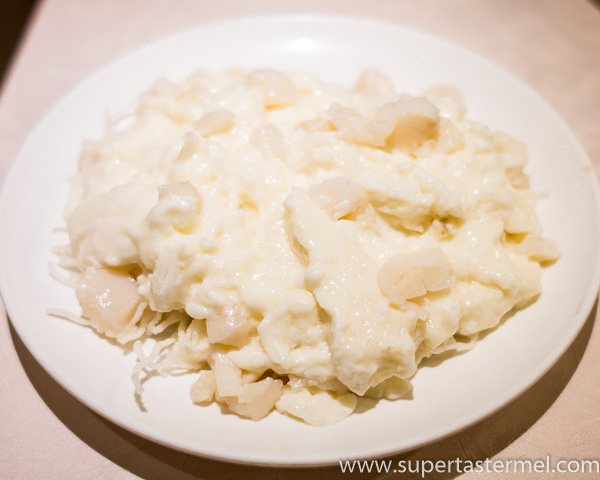 Verdict - the prices may be rather high for a restaurant with no-frills decor and service but the exceptional food is worthy of another trip for us as we want to go back to try more dishes!