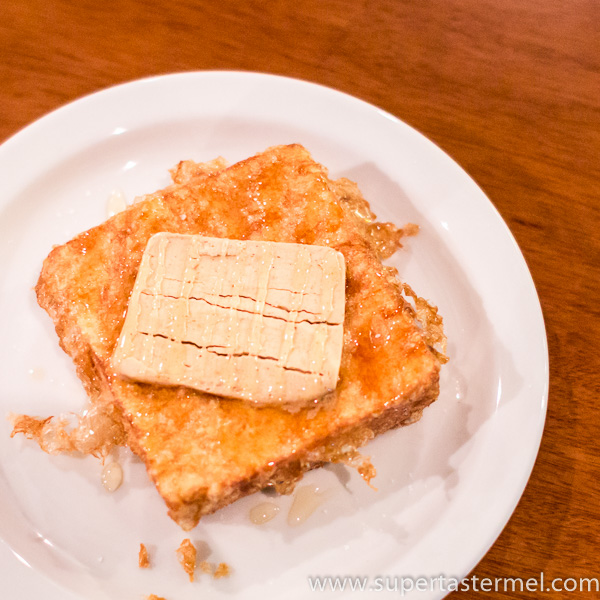 There's a new addition to the dining scene in Tai Hang with the opening of Second Draft - a gastropub opened in collaboration by May Chow of Little Bao and Young Master Ales. Located in the new complex Little Tai Hang, the restaurant was spacious with a U-shaped bar in the middle and seemingly pays homage to the Star Ferry with its white and green color theme and decor (even the Chinese characters on the walls are in the same print!). The concept is basically a Hong Kong gastropub with local beer from Young Master Ales paired with fusion pub food inspired by local dishes. I was certainly intrigued by the concept and came here with J on a Sunday night to check it out. We didn't make reservations and the restaurant was pretty full but we managed to snag two seats by the bar after a short wait. 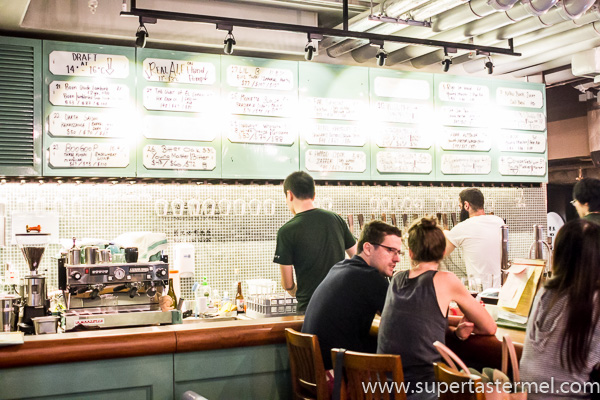 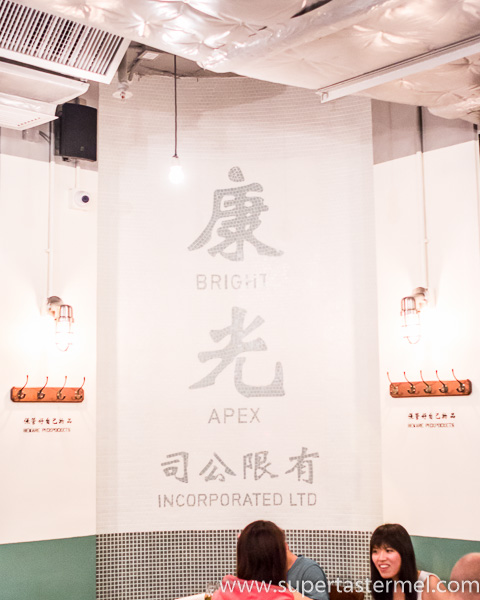 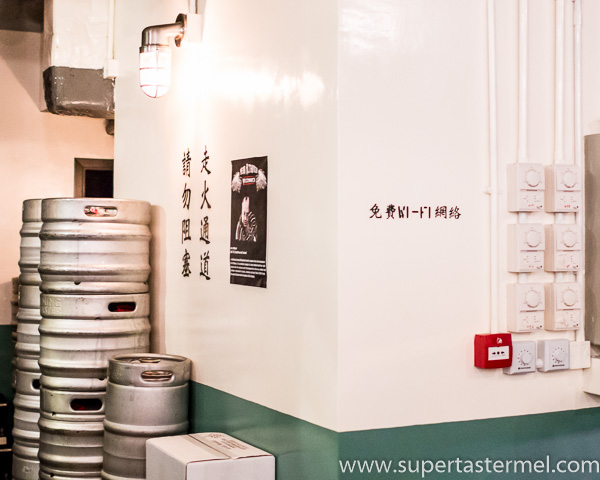 J had been here before already and really enjoyed the Reuben sandwich so we got some other dishes to try.

The Inked Croquettes ($28/pc) with squid ink and dried oysters were really good and very well-balanced in flavors. The Mapo Burrata ($138) with burrata, pork "mapo" ragout and baby spinach had been making its rounds on social media and I have to say that it didn't disappoint. Inspired by the Sichuan dish Mapo Tofu, the pork ragout was deliciously numbing and spicy while the soft and creamy burrata did its part to cut through the spiciness of the meat. It did come across as a bit salty though and it didn't help that the baby spinach was also salty - I think it would have been better if the spinach had been tossed in vinaigrette instead to help balance the saltiness of the dish out. 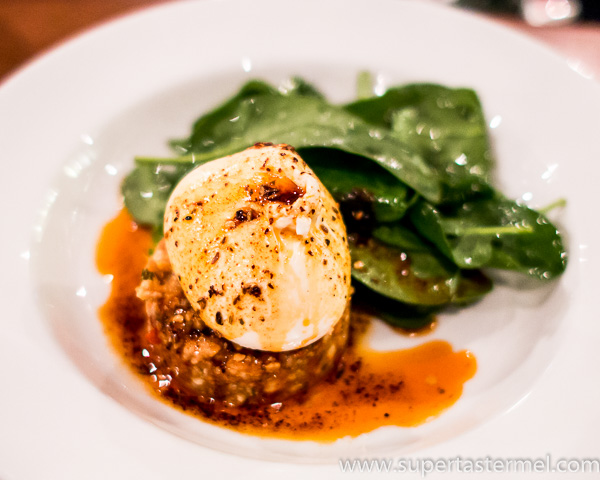 The HK French Toast ($68) with thick cut toast, foie gras butter and Taikoo syrup was the dish that I had been dying to try since I love HK style French toast. The rich creamy butter went surprisingly well with the French toast and syrup but I would have preferred the toast to be even crispier. I wouldn't say that this didn't work but at the same time I'm not convinced it's worth the price given that I can get a pretty good traditional HK style French toast for a third of the price they are charging here.

Verdict - I came away feeling the same way I did about Little Bao - the food was really creative and generally well-executed but just a bit expensive and overpriced for the type of food they are serving. Service was pretty good though even on a busy Sunday night as the staff offered to chase up on our food without us having to ask. I think Second Draft is definitely worth a try if you're into craft beer and fusion cuisine which actually works here.