The hottest talk in town is probably the grand opening of the MTR into Kennedy Town last week! The expansion into Kennedy Town means more restaurants to explore with more convenience and ease. I'll admit that I'm a bit of a Kennedy Town virgin - I mean yes I've been there but not that many times. It's like meeting someone for a few times but yet you can't quite call that person a friend. Well, I plan on becoming very good friends with Kennedy Town given the amount of hidden gems in this area so I set off to visit some of the top spots in this area to see what they are all about! 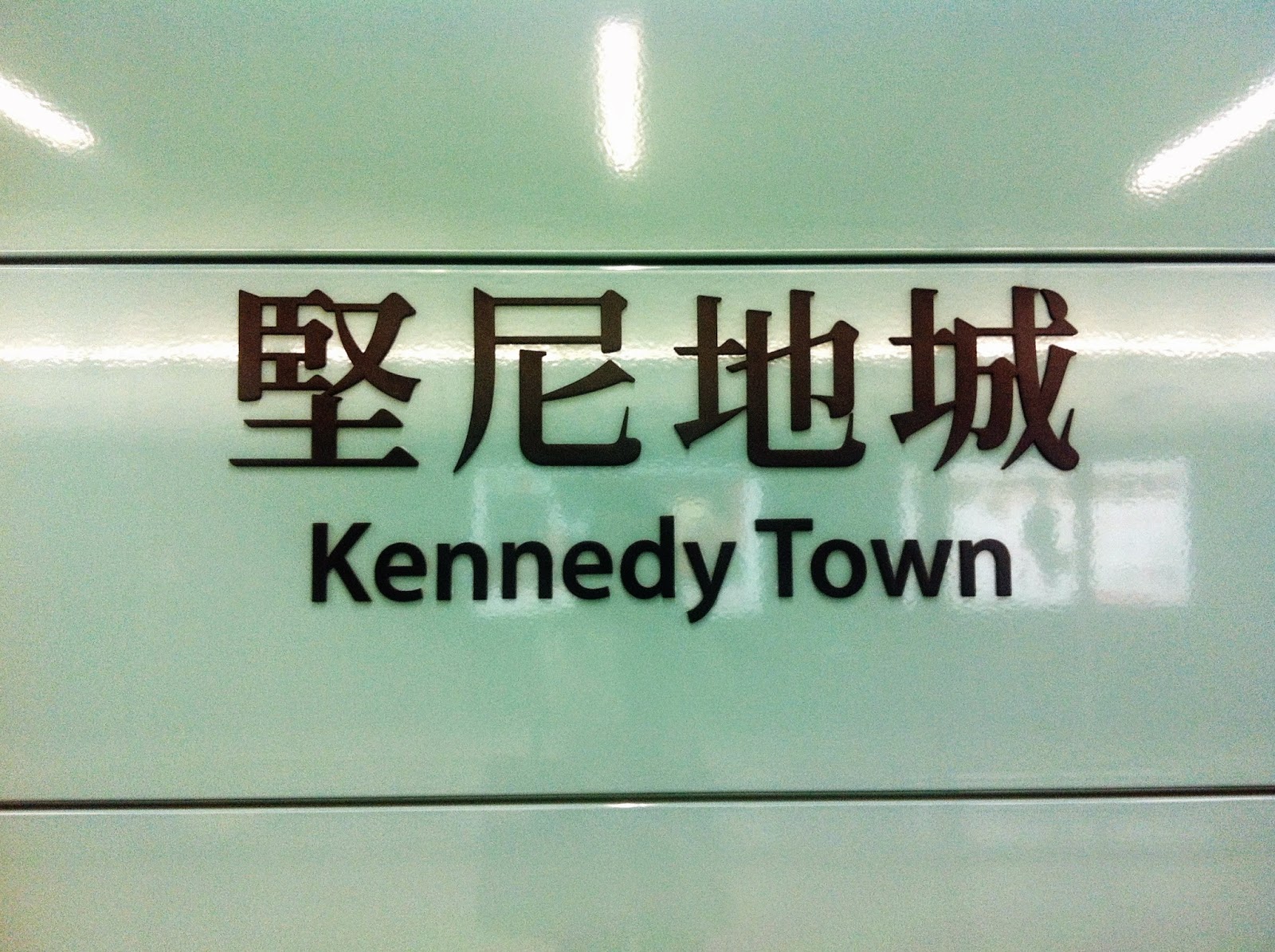 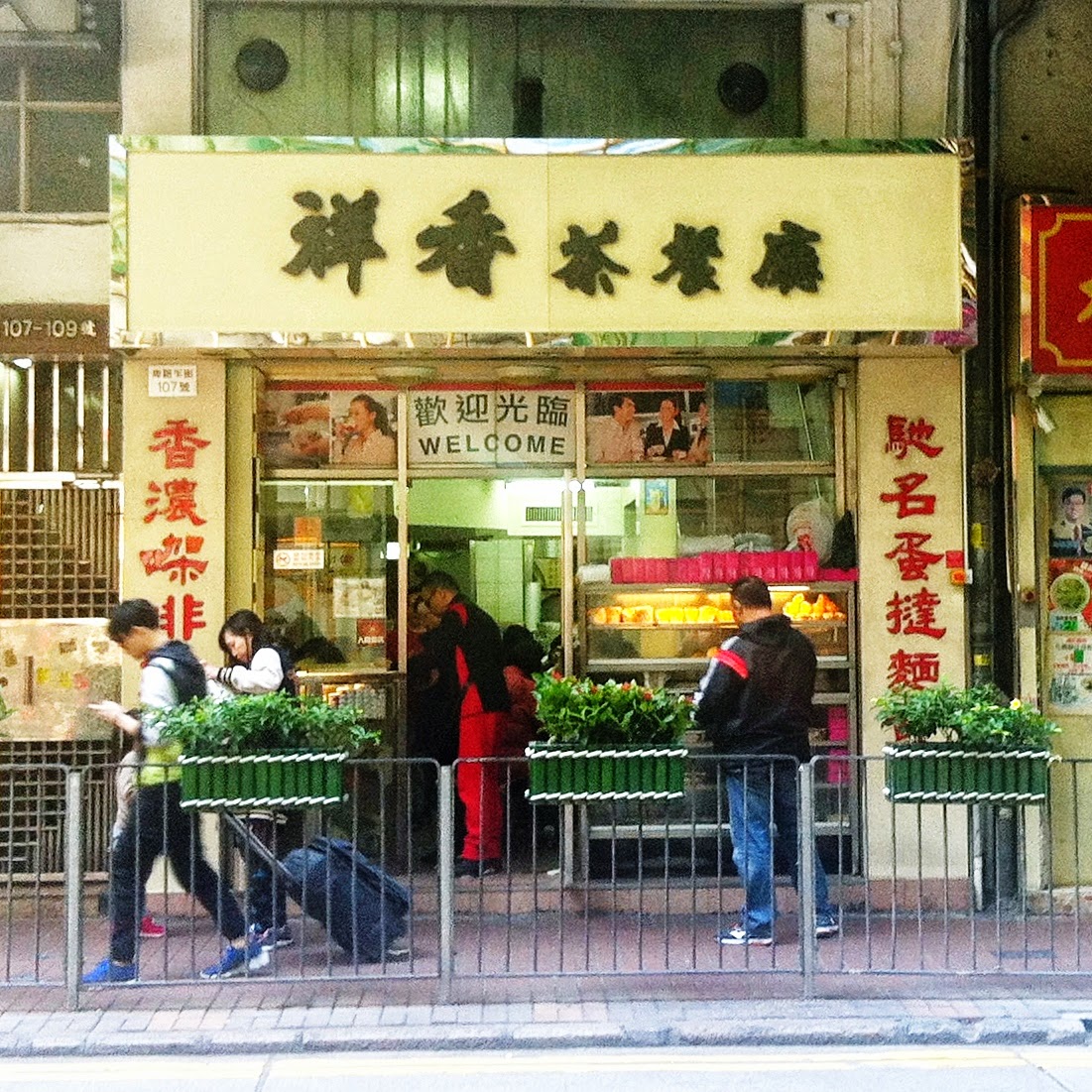 First stop is this old school cha chaan teng or HK style cafe that is well known for its milk tea and pastries! Like most cha chaan teng, the space is as cramped as can be while the service leaves much to desire. You are expected to know what you want right away which is fine by me since I already know what I wanted to eat. They serve typical dishes like breakfast, toasts and even rice places for lunch. 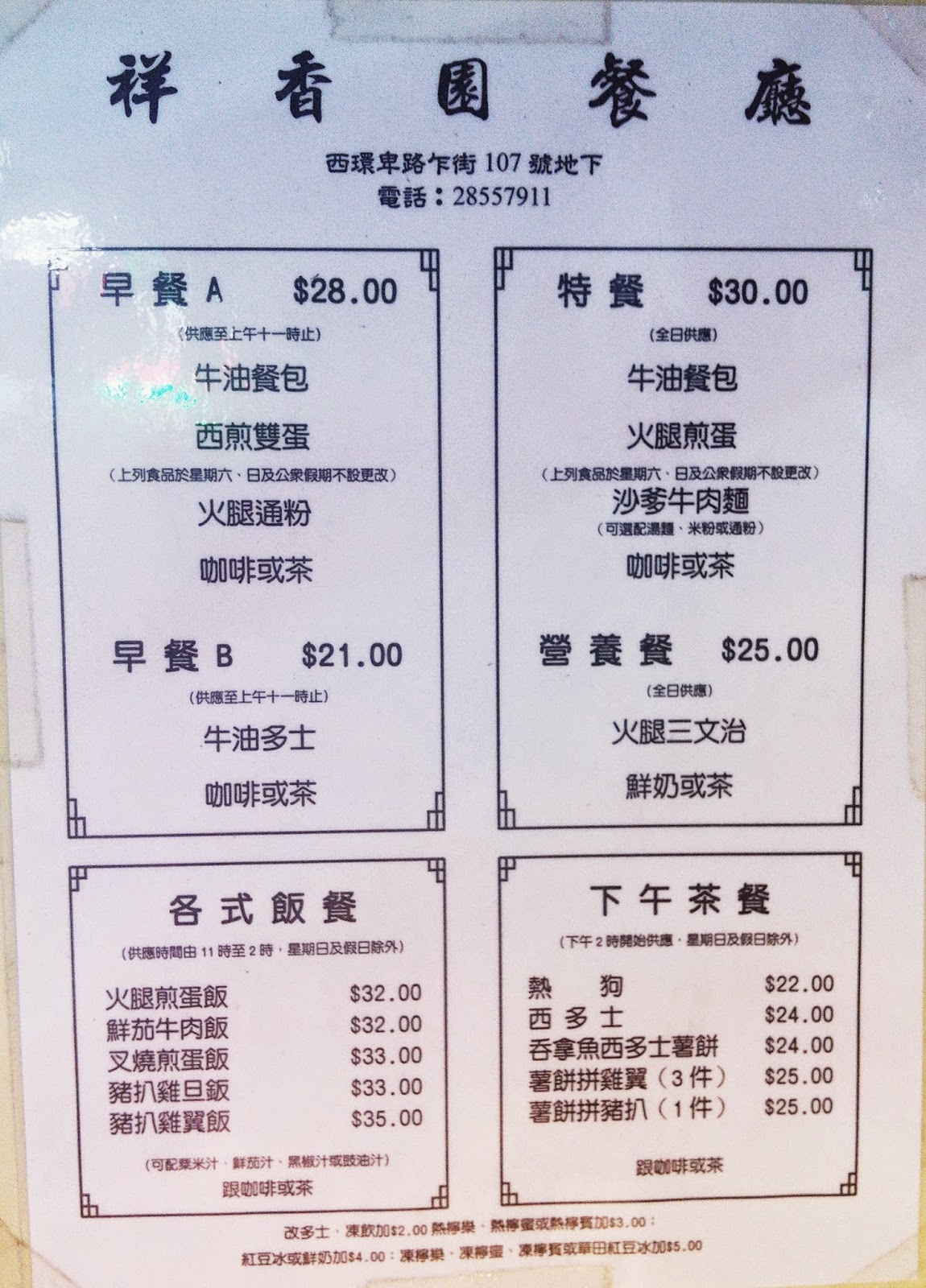 Got the 特餐 (HK$30) with satay beef noodles, pan-fried ham & egg with sweet bread and milk tea. The satay noodles were just okay as the noodles were quite limp and bloated while the satay flavor could have been stronger. The sunny side up egg was cooked perfectly though with its runny yolk while the milk tea was very well balanced in flavor with a silky smooth finish. Next time will want to try their 茶走 which is a milk tea with condense milk instead of evaporated milk which is supposed to be a stronger version of milk tea. 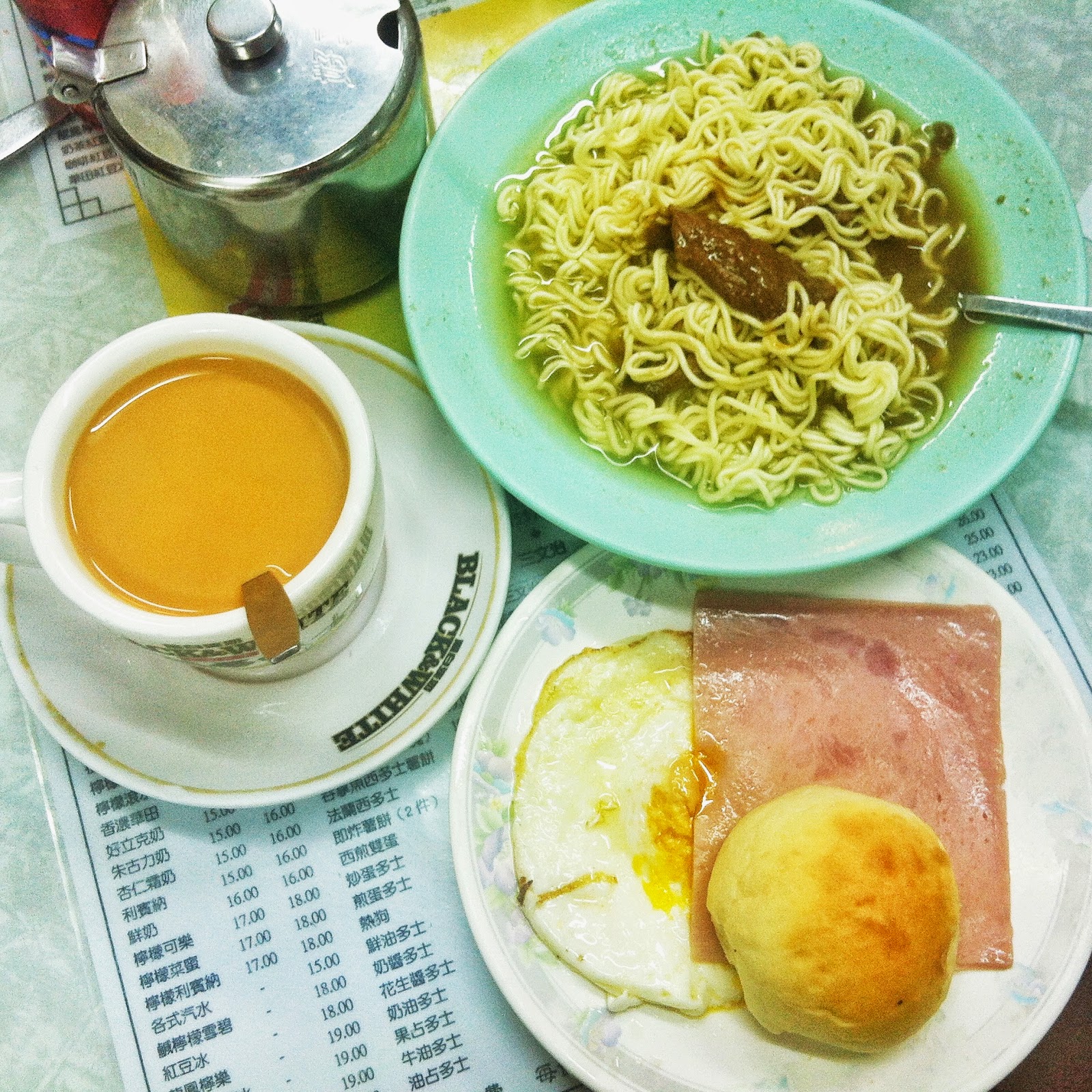 Halfway through the meal, I was enticed by a new batch of egg tarts fresh out of the oven so I had to try that too! It was piping hot while the egg custard was jiggly like a jello! Great deal for only $3. 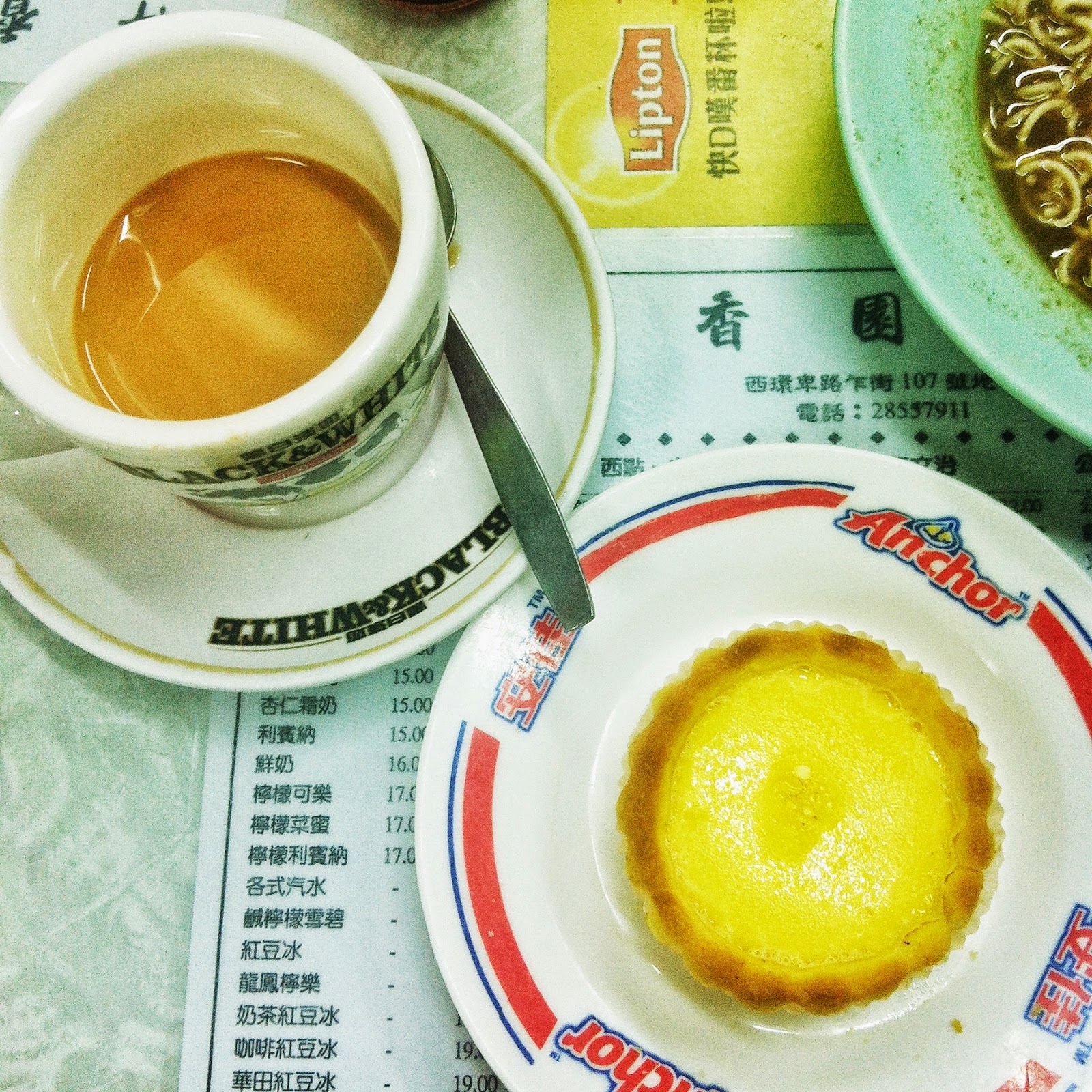 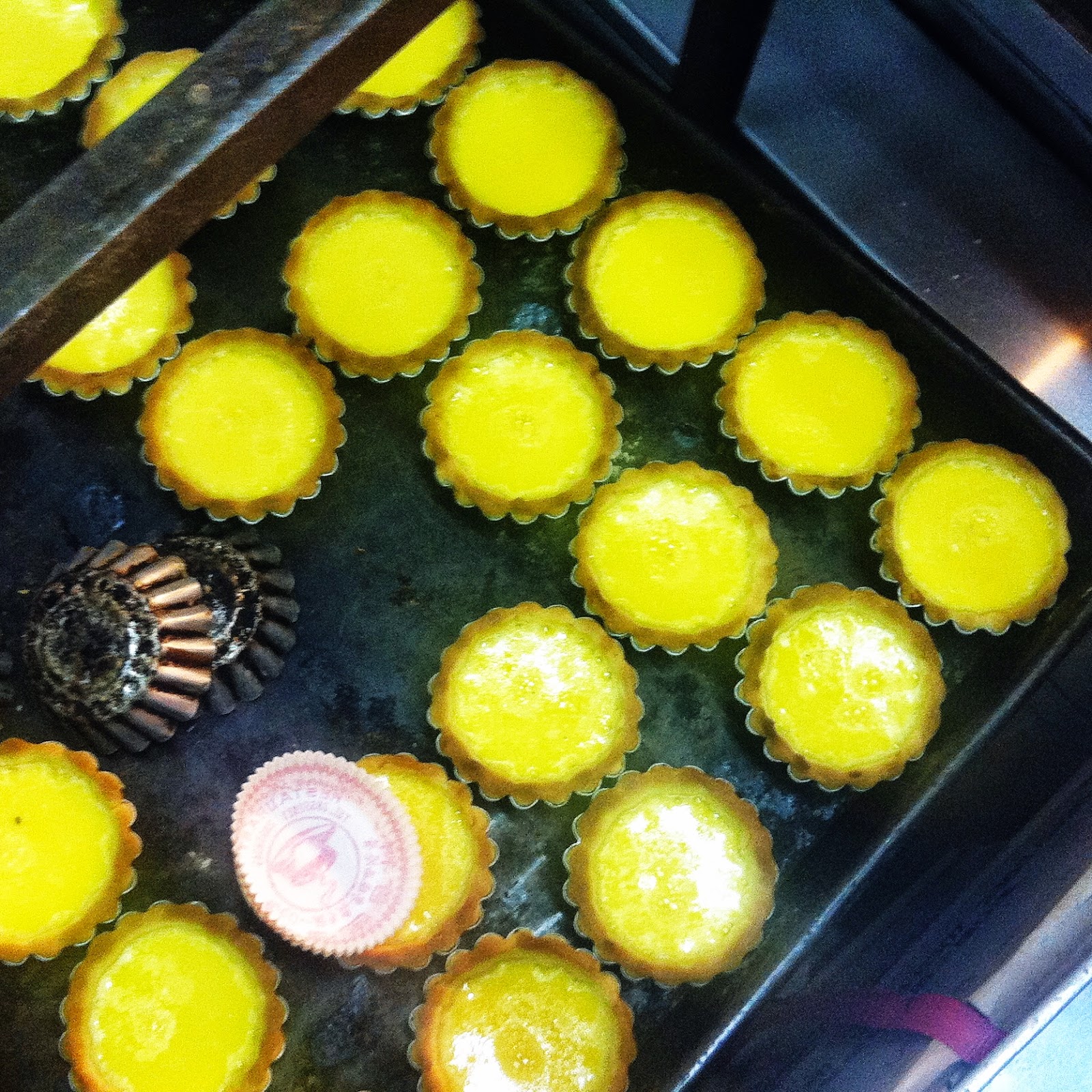 Outside the shop, they also sell takeaway buns and pastries so I got a pineapple bun ($6) to go as well. It was just okay though as the crust wasn't crunchy enough. I did eat it a day later so perhaps eating it straight out of the oven would have been better. 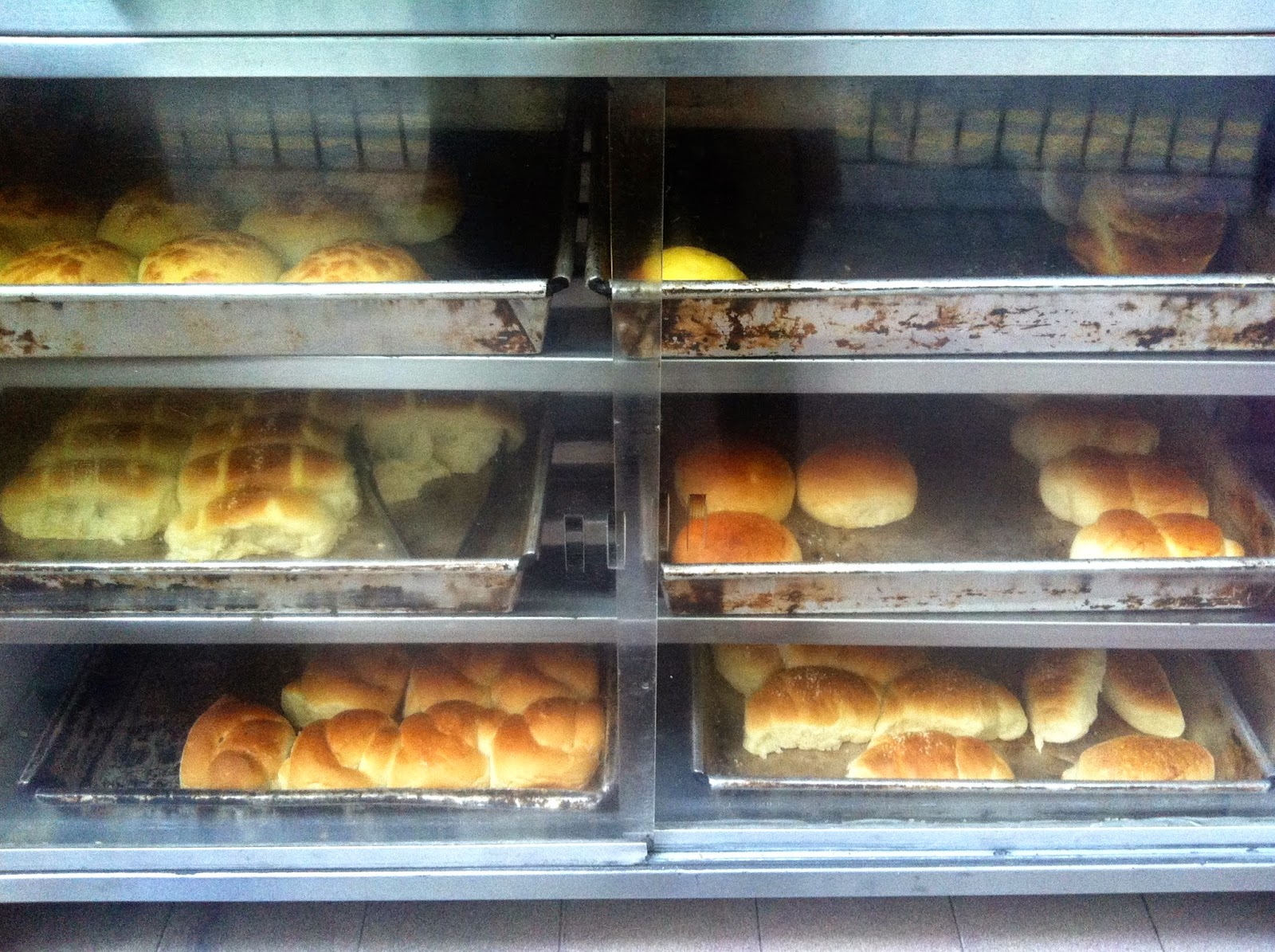 Verdict - great for a mid-day snack with egg tarts and milk tea! 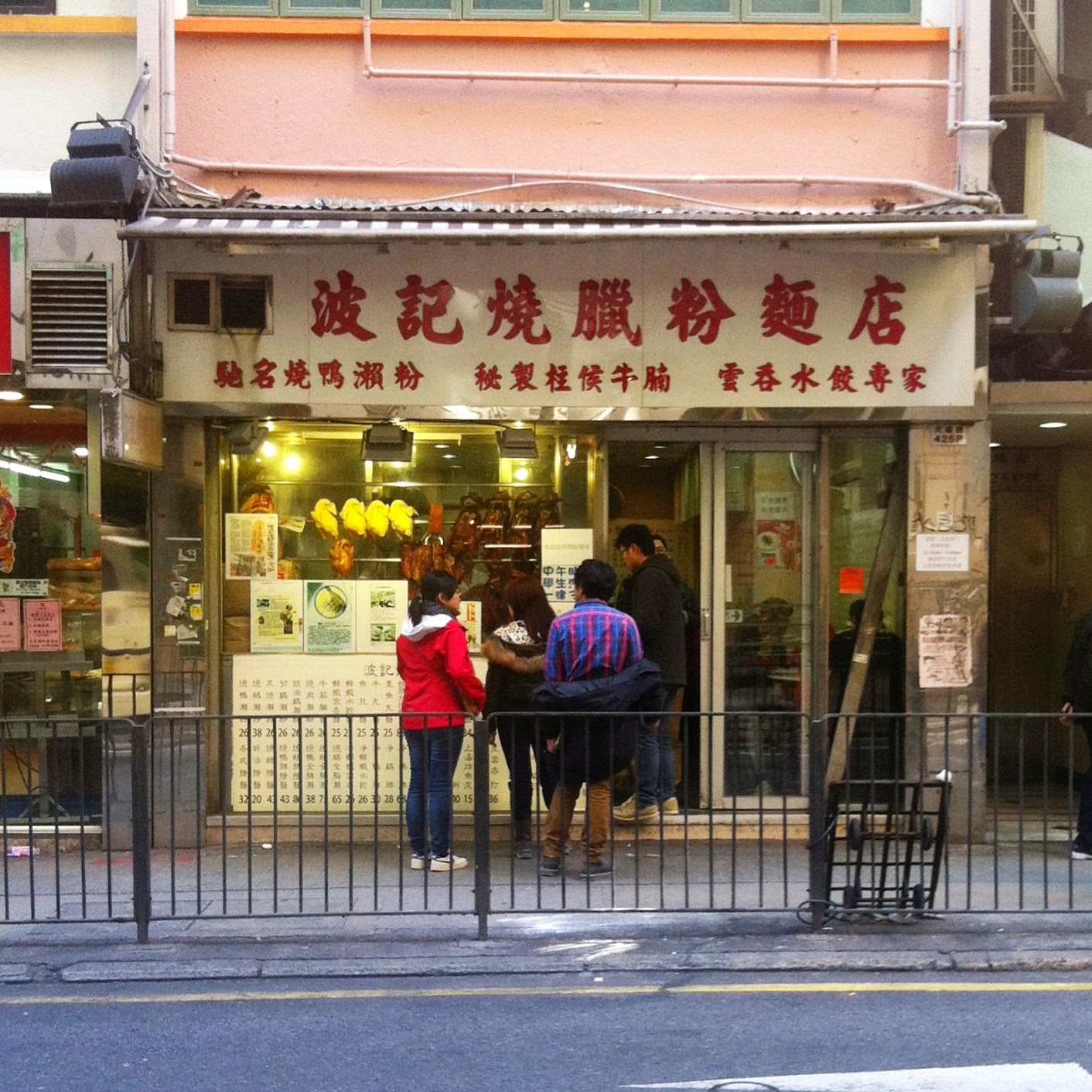 This is a barbecue roast shop I've been wanting to visit for a long time since I heard some people claim that they have the best roast goose! They did just get awarded a Bib Gourmand status from the Michelin guide (even though the Michelin guide for HK is unreliable but that's another story). The prices were really cheap though, starting from just $20+ for rice plates and noodles. Due to the limited amount of roast goose sold per day, it's best to come here earlier in the day as they often sell out and people have to settle for the roast duck instead. 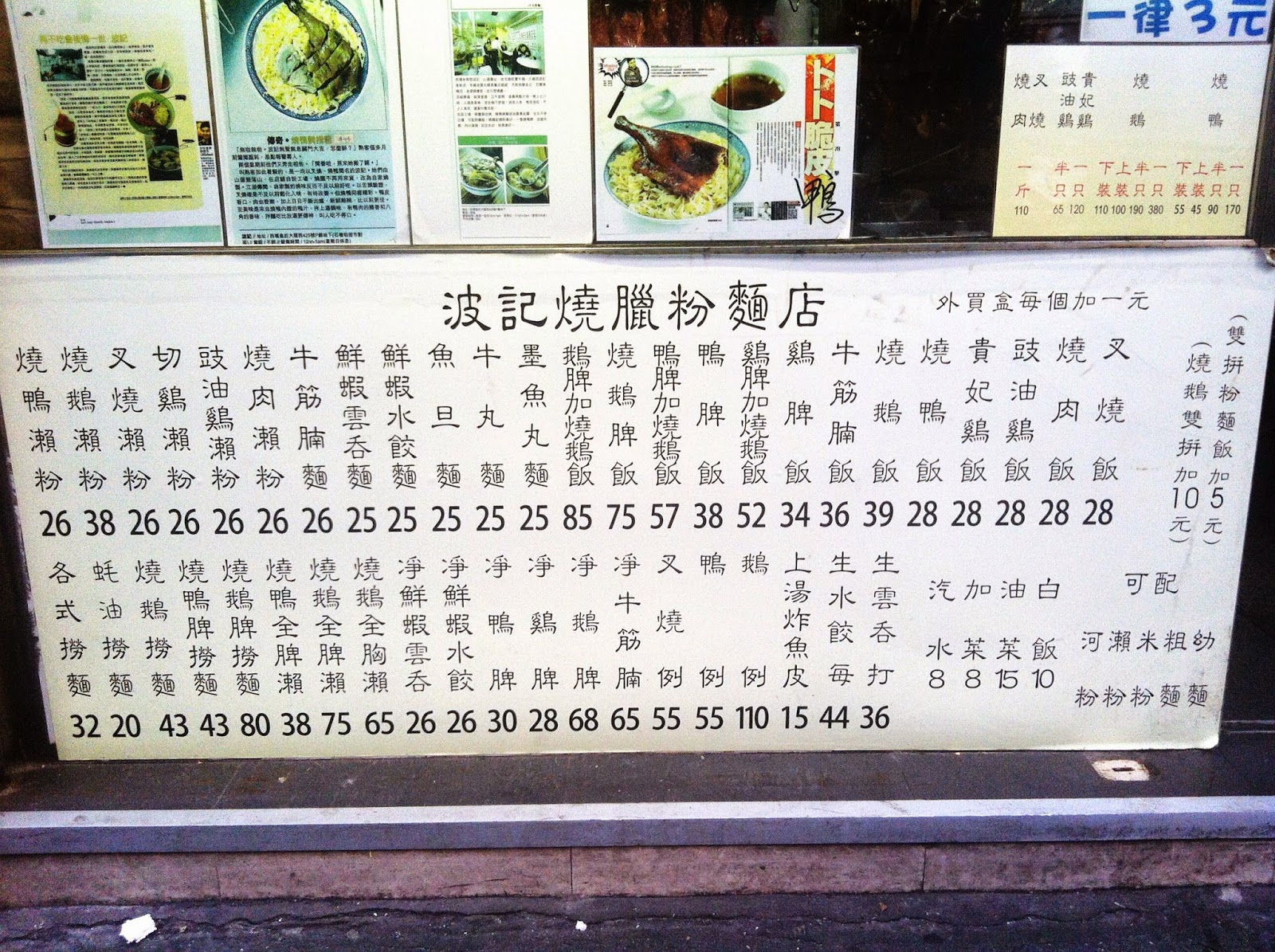 Luckily I got here early enough to secure a goose leg which sells out even faster! Of course I had to request for my goose leg not to be chopped in order to lock in the meat juices so I had to eat it with my hands like a savage. The skin was not crispy enough though and a tad rubbery but the meat and the lai fun were a-okay. I still like Yat Lok better at its prime but prices have been going higher every time I go back. (HK$75) [4/5] 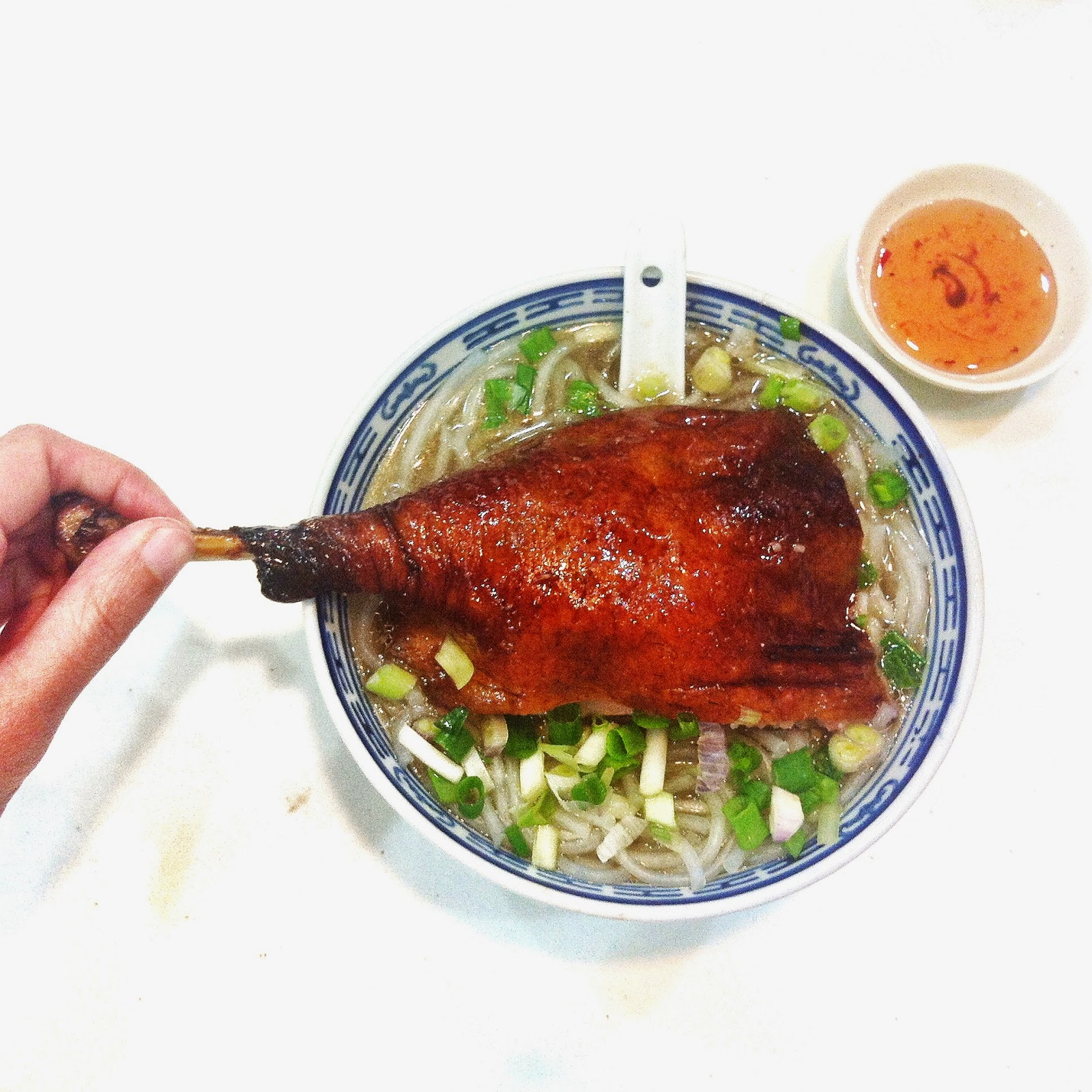 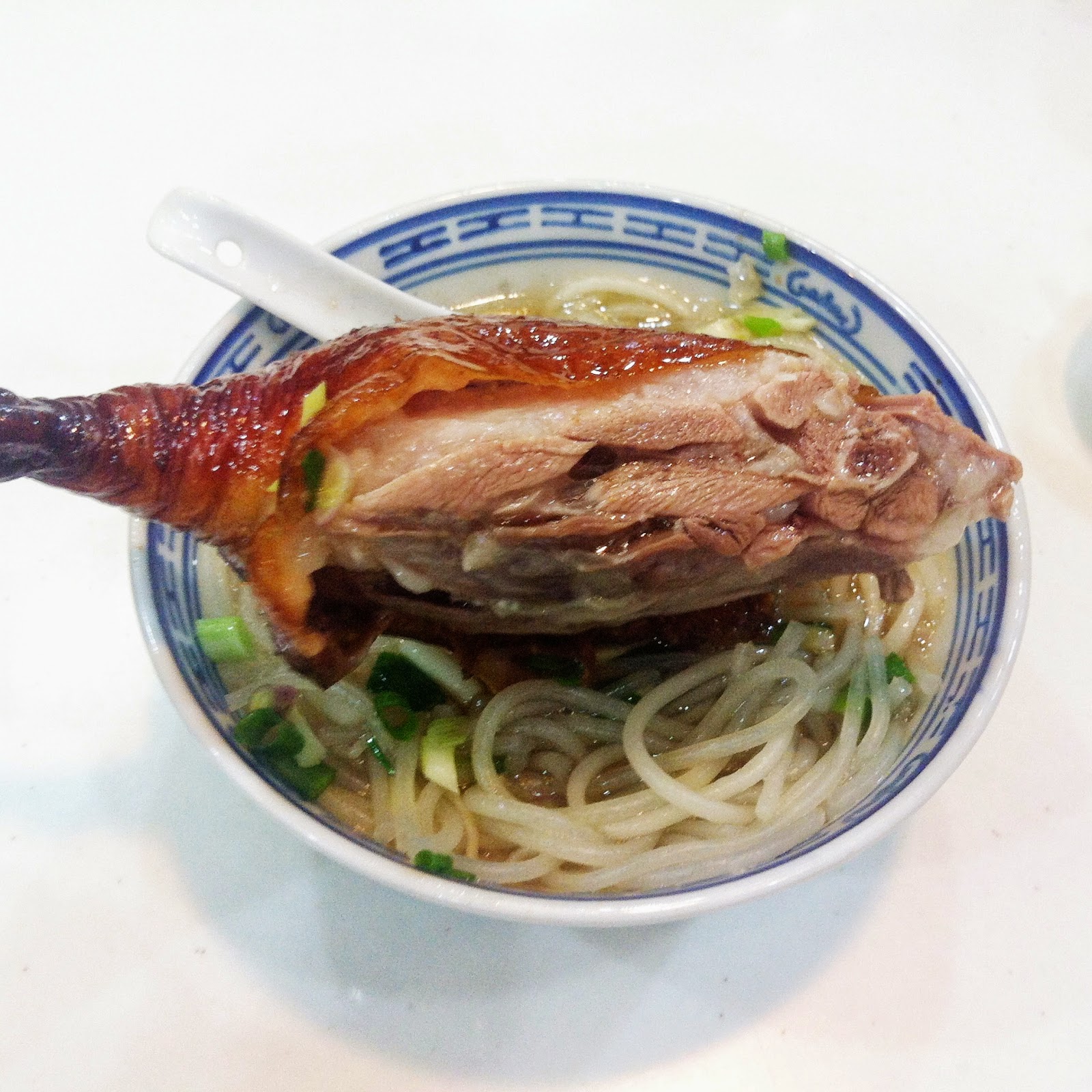 Verdict - I hear they can have consistency problems sometimes so may have to visit again and try other roast items to see its full potential. 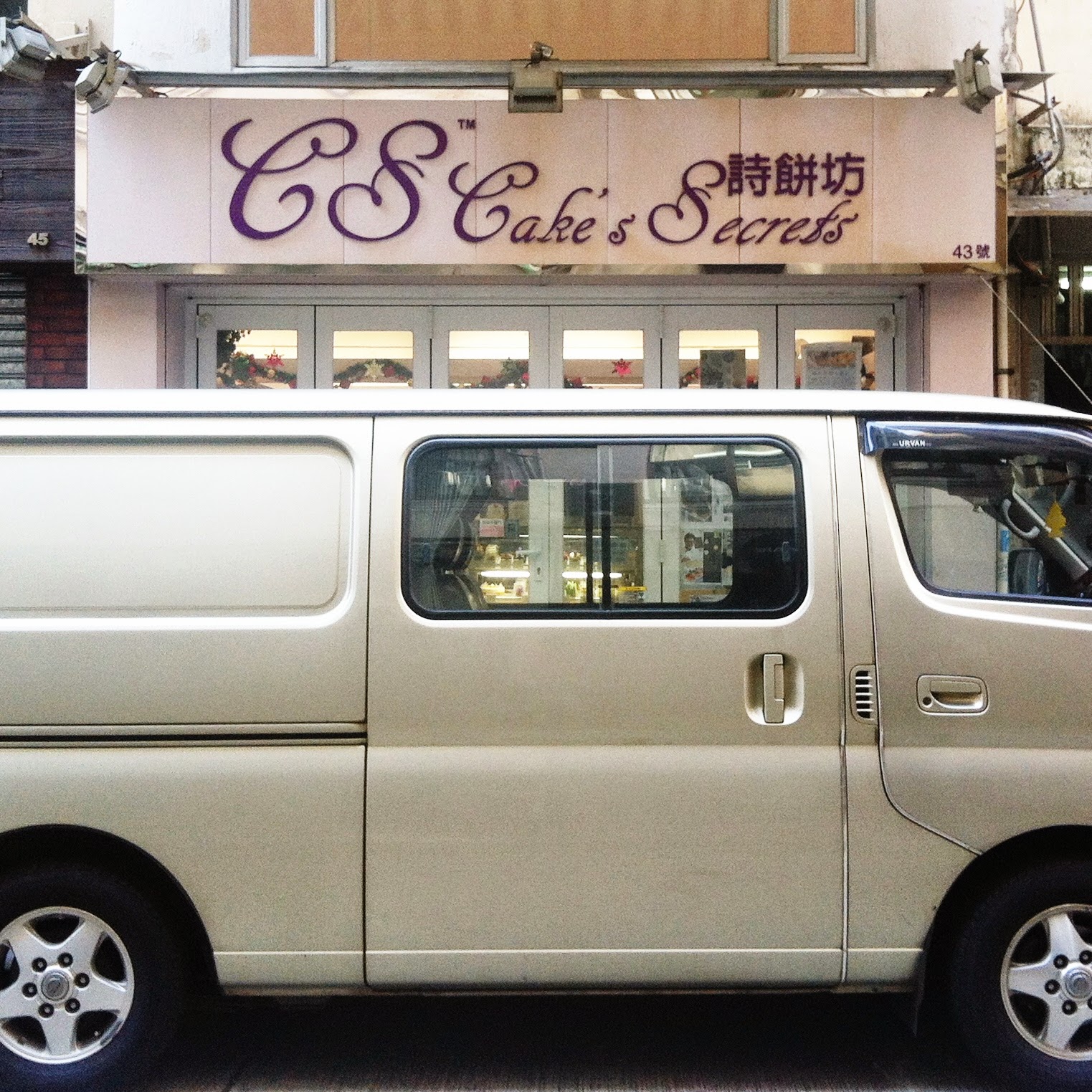 If you search on Openrice, this cake shop ranks as the #1 shop in the Western District so definitely had to come check it out! The shop was quaint and small with a variety of colorful cakes on display as well as small tables for patrons to eat in if they wish. I decided to get a few desserts as takeaways and my goodies were carefully taped to the bottom of a tall roomy box which was easy to carry and dismantle. 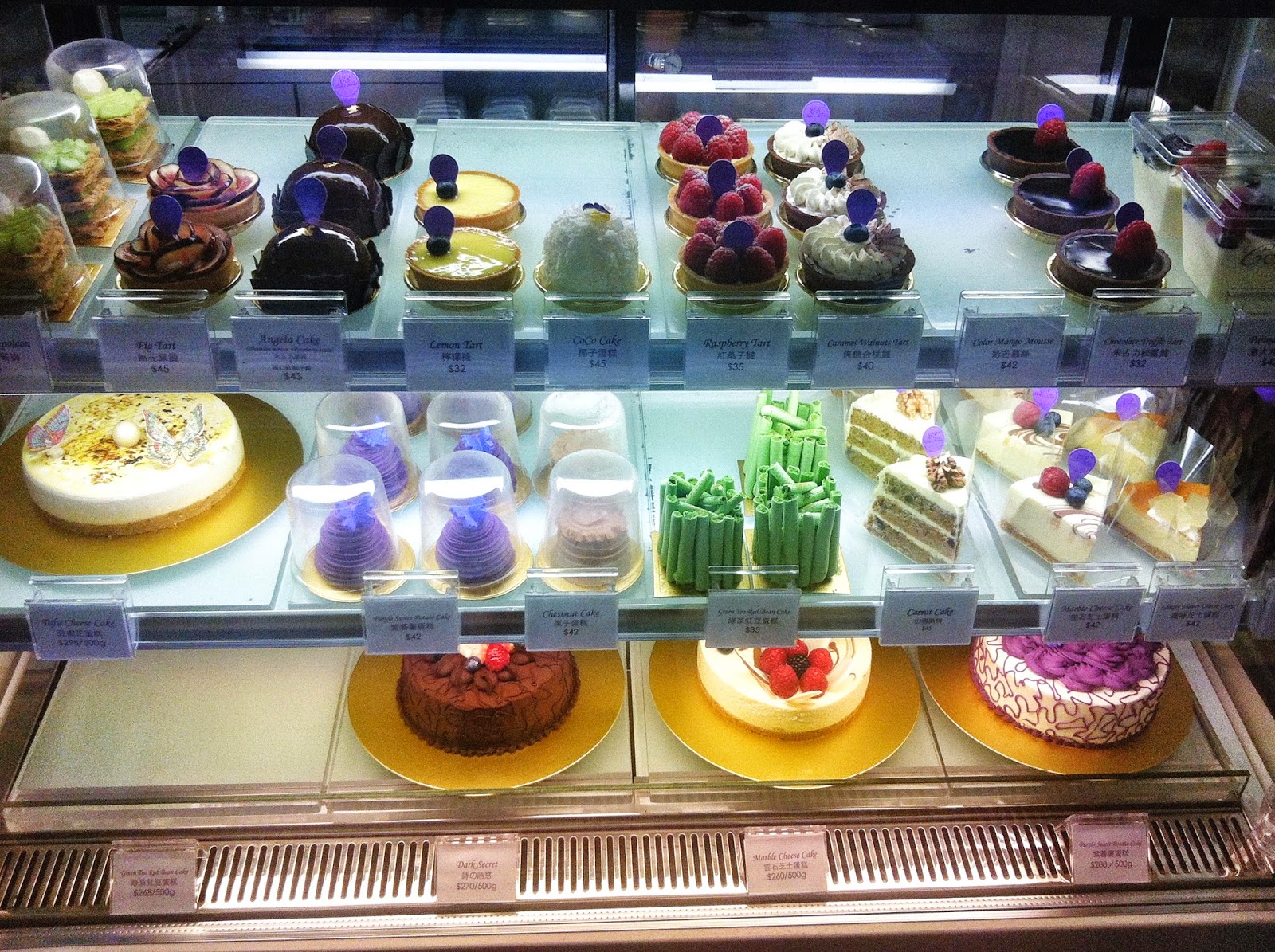 綠茶紅豆蛋糕 | Green Tea Red Bean Cake (HK$35) - this was one interesting looking matcha cake like a bamboo forest! Surrounded by matcha meringue sticks (which were really fun to eat as they just melted in your mouth), the sponge cake was moist with layers of cream and red beans in between. The flavors were really well-balanced and not too sweet but those looking for a heavy matcha flavor may be disappointed. [4/5] 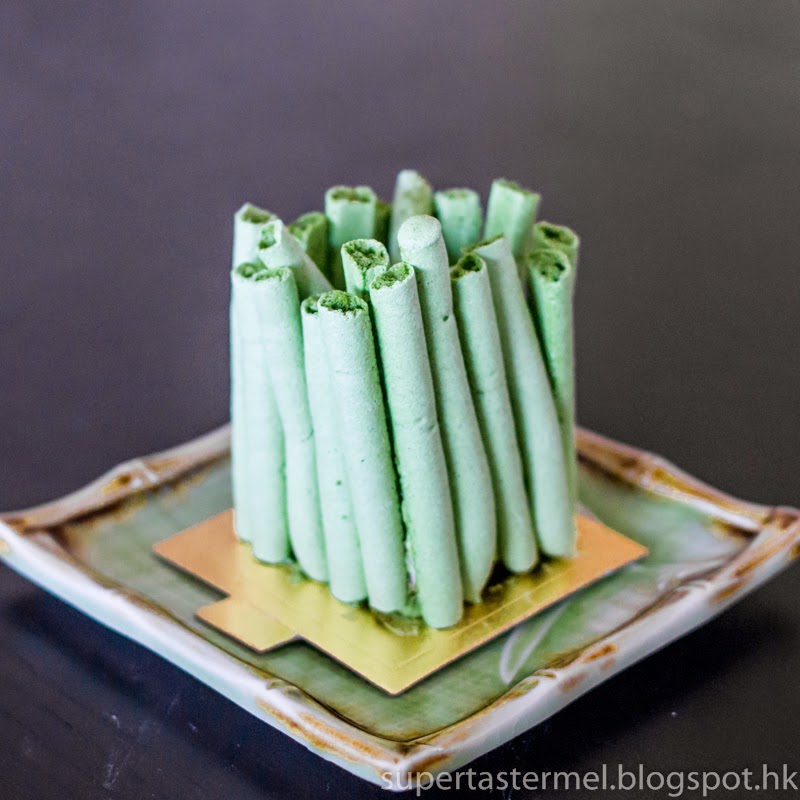 無花果撻 | Fig Tart (HK$45) - a lovely looking tart with fresh figs as petals! The figs were  a bit disappointing as the flavors wasn't strong enough but the crust and cream of the tart were awesome. [3.8/5] 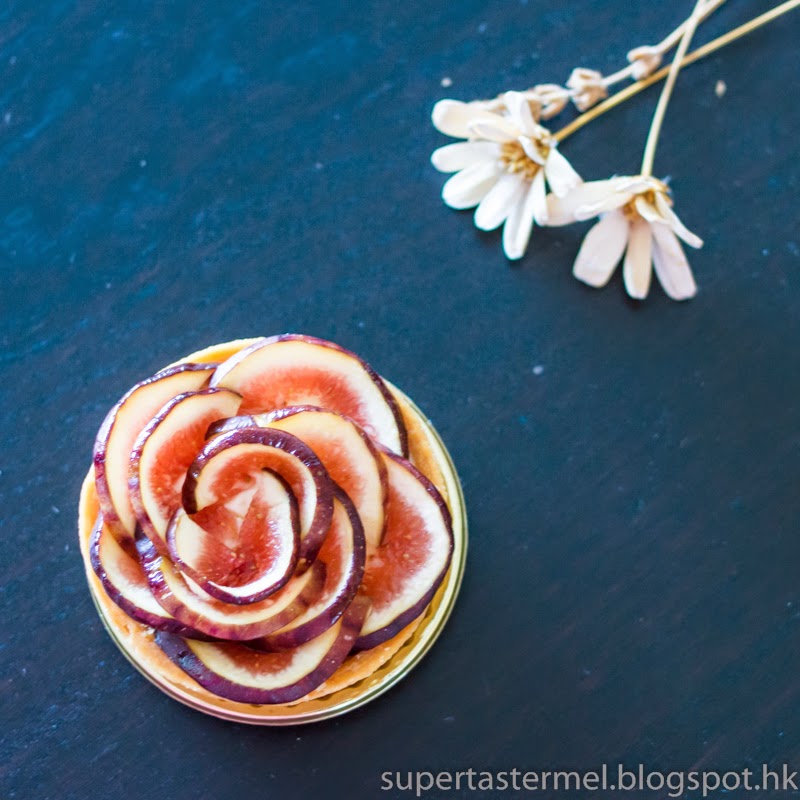 紫蕃薯蛋糕 | Purple Sweet Potato Cake (HK$42) - my favorite dessert here! The sweet potato cream was subtly sweet which was perfectly complimented with moist cake and cream in the center. Just love how most of the desserts here taste quite light and not too sweet. [4.5/5] 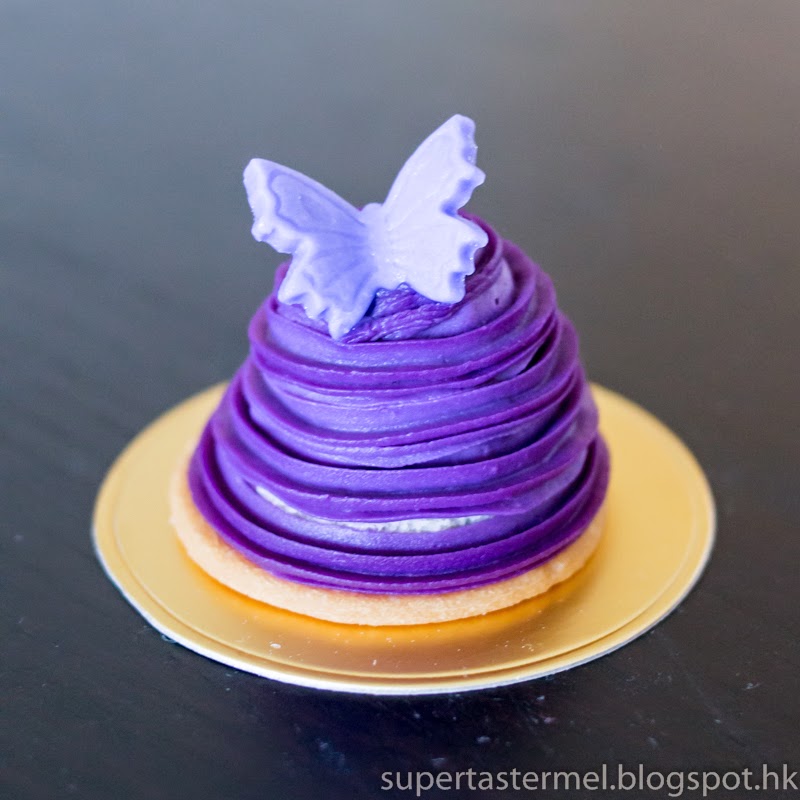 Verdict - this cake shop is definitely worth a return visit! Will want to try all of their other flavors!

So much more to explore so watch this space for more to come!