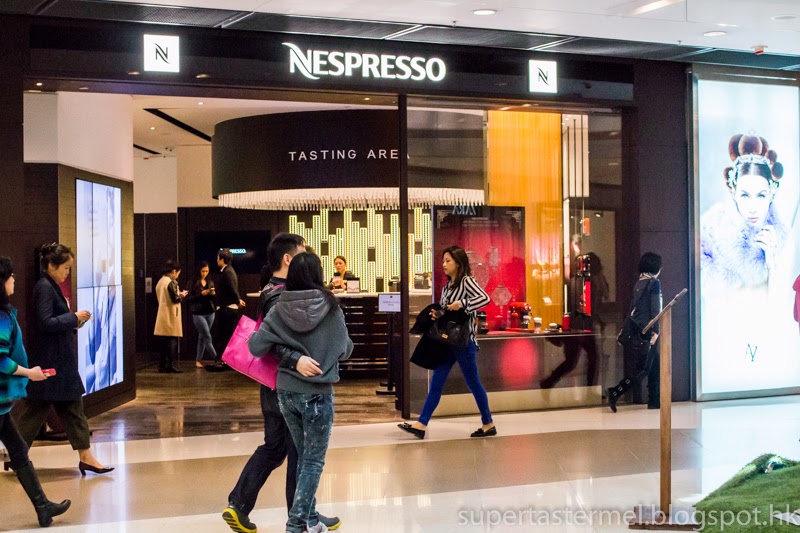 If you're like coffee drinker like me, you'll probably have a cup or two during the day but usually refrain from drinking coffee in the late afternoon because you're worried you won't be able to sleep at night. Well never again would you have to resist that temptation with Nespresso's new decaffeinated grands crus in 3 of its most popular flavors so coffee lovers can enjoy coffee any time of day and even in the evening!

I went to check out the new Nespresso boutique in IFC which is bigger and better than before with a section dedicated to their entire selection of grands crus along with a tasting area for those who would like to try the many flavors of coffee available and see the machines in action. 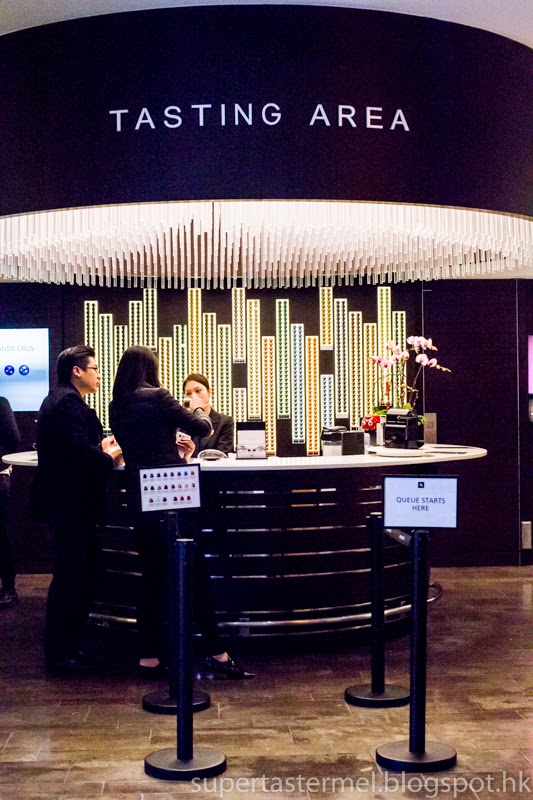 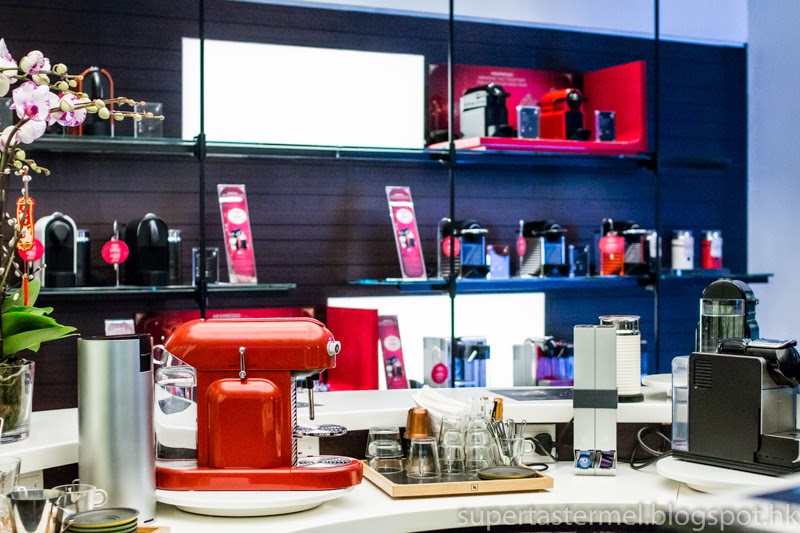 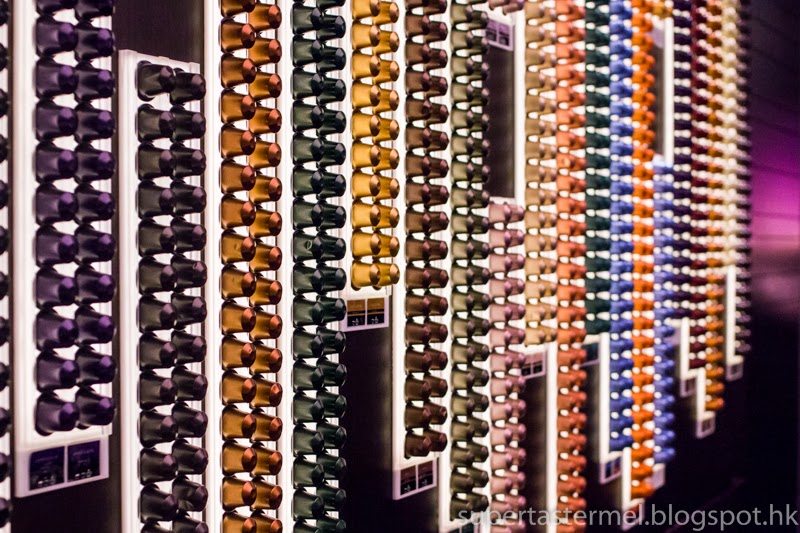 In order to truly experience the 3 new decaffeinated grands crus, I took a double blind taste test to see if I can tell the difference between the decaf and regular version of the 3 flavors:

Not knowing which one was decaffeinated, I tried each flavor one at a time starting with the Appreggio and the result was [Nespresso:1, Me:0]. For some reason, the decaf version tasted even more flavorful to me than the regular one which threw me off. Next in line was the Volluto and the result was [Nespresso:2, Me:0]. I couldn't believe that I had guessed wrong again but the differences were quite subtle to be honest. Last flavor I tried was the Vivalto Lungo and the result was [Nespresso:2, Me:1]. Finally I guessed correctly but that was because I cheated by looking at the color difference between the decaf and regular crema of the coffee! The decaf version was lighter in color but otherwise it would have been difficult to tell by taste alone as the sensory profiles between the two were very similar.

I think I used up my quota of coffee for the week, but this taste test has changed my perception of decaffeinated coffee which sometimes gets a bad rep for being blah in taste compared to the real deal but Nespresso has provided a great alternative in creating decaf versions that can taste just as good as its regular coffee! 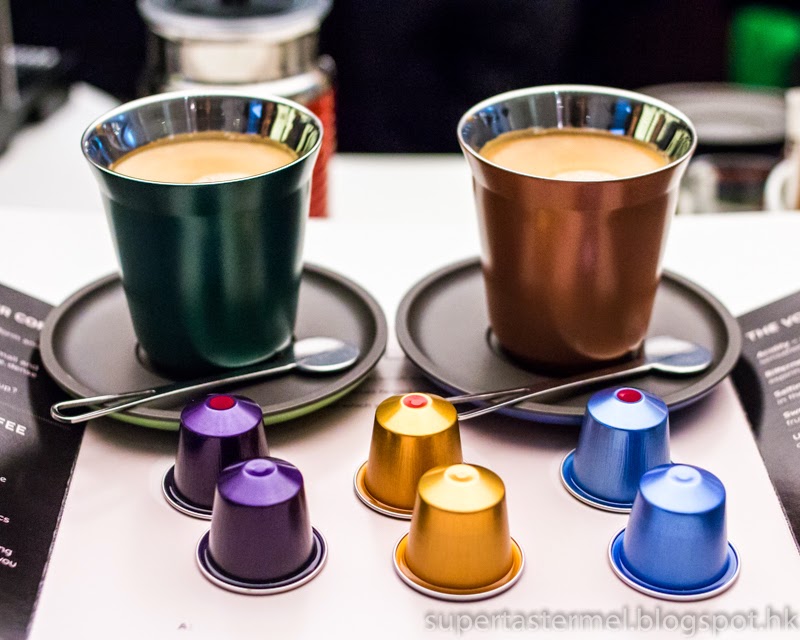 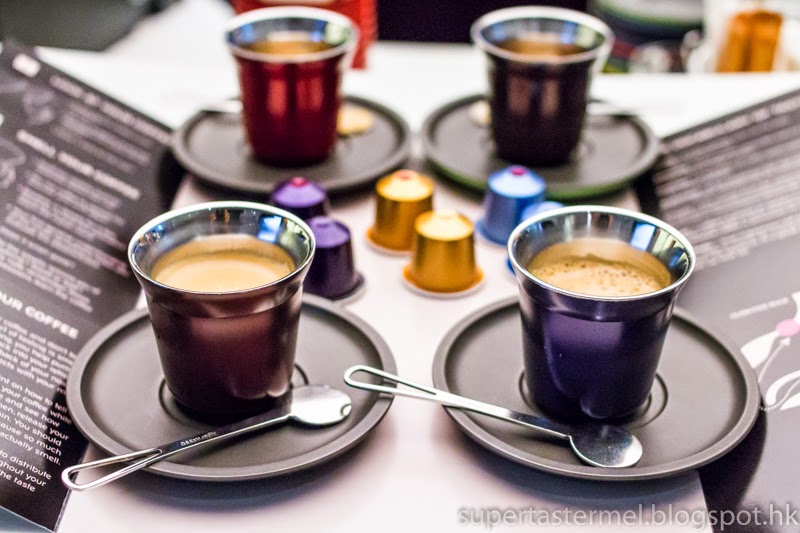 I also couldn't help but try one of its most popular grand cru - the Kazaar with an intensity of 12 (out of a scale of 10)! Exceptionally intense, the Kazaar wasn't as bitter as I thought it would be with a thick body and hint of acidity but the aftertaste definitely stayed in my mouth for a long time afterwards which makes for a lasting enjoyment of a good cup of coffee. 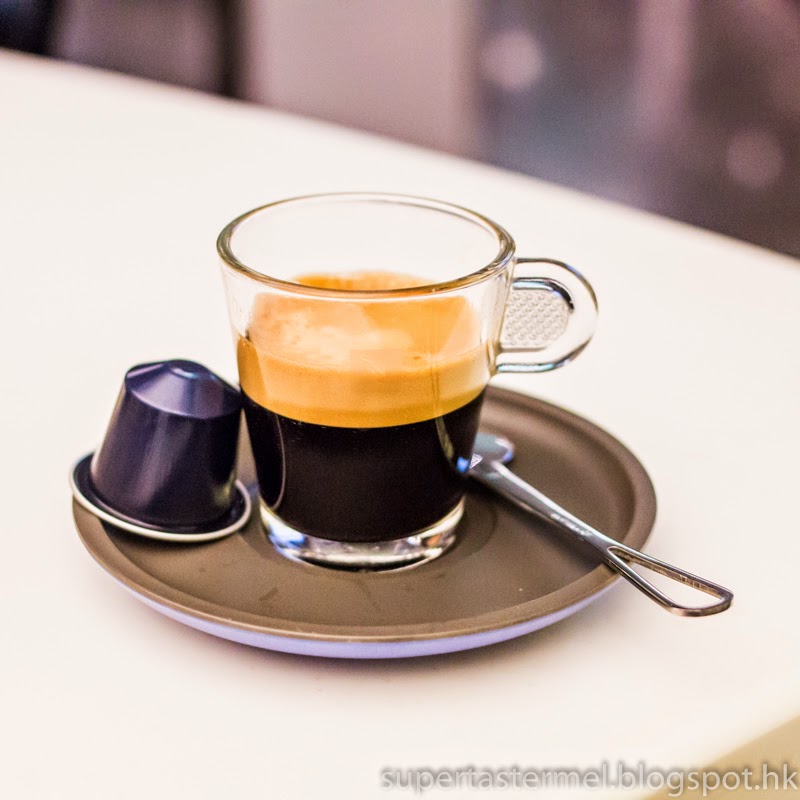 Latte making in action under 30 seconds! 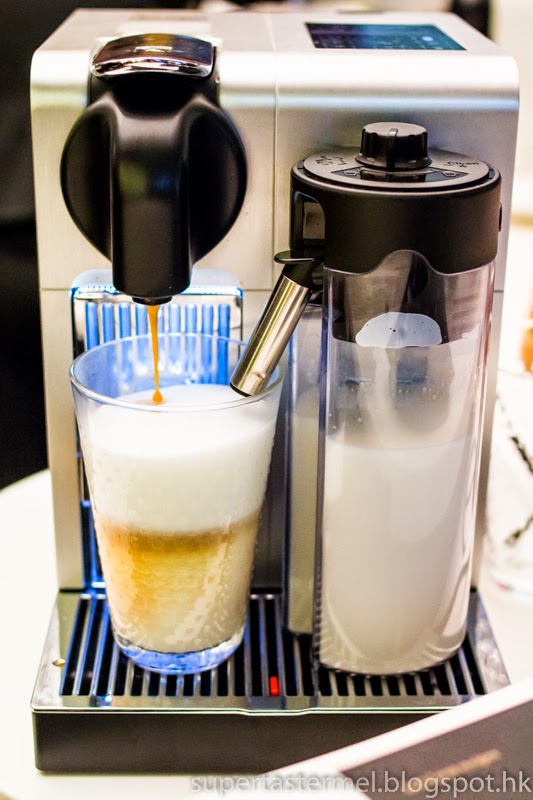 The final product - latte made with the Caramelito (intensity: 6) with aromas of caramel! 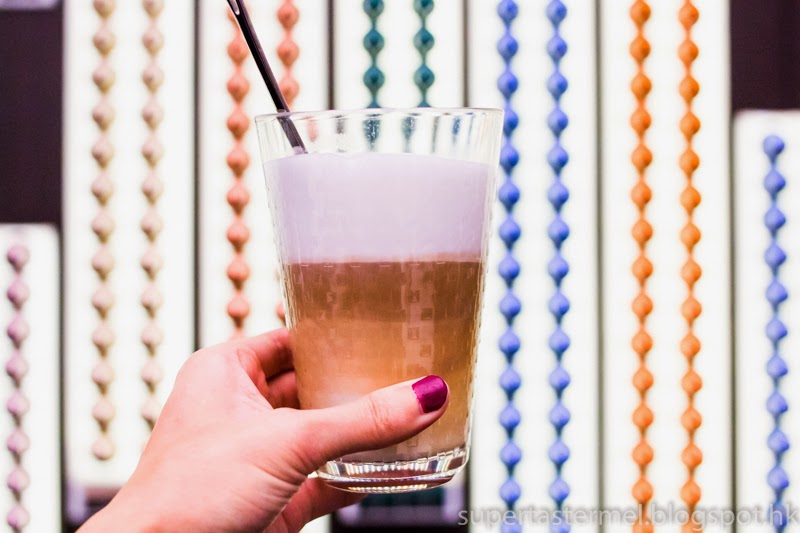 If you are still struggling with what to cook during the Chinese New Year celebrations, why not dazzle your loved ones with some unique recipes featuring Nespresso coffee? Famous for his delicious and experimental cuisine, Alvin Leung (aka the ‘Demon Chef’ of Bo Innovation) has partnered with Nespresso this CNY to create a sweet and savoury menu inspired by the taste profiles of Nespresso’s 23 Grands Crus. See below for 6 one-of-a-kind recipes which incorporates coffee into both savory and sweet dishes alike! 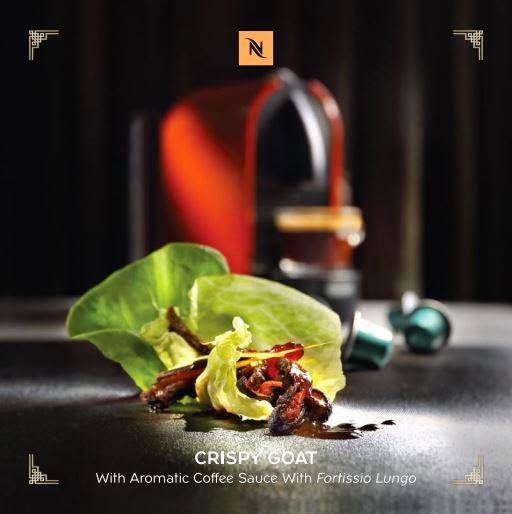 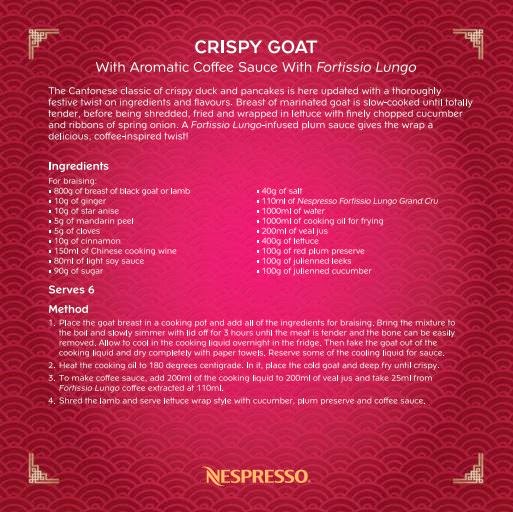 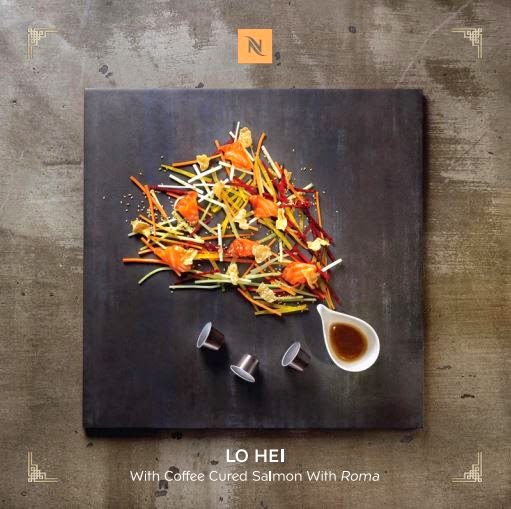 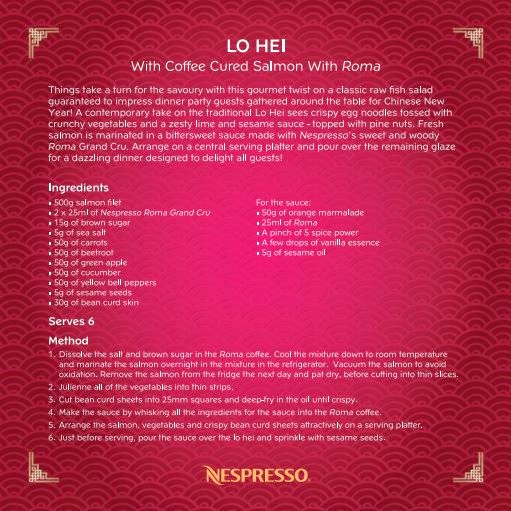 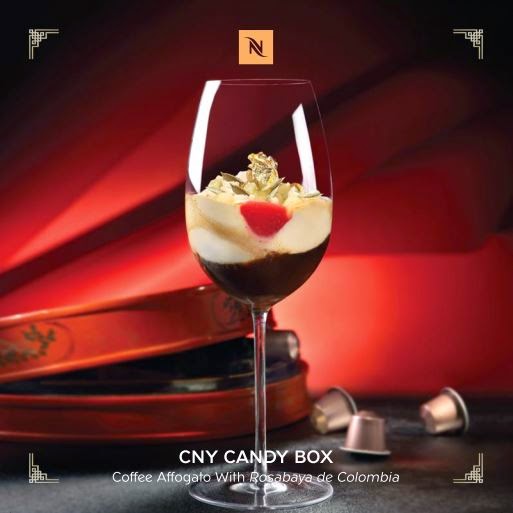 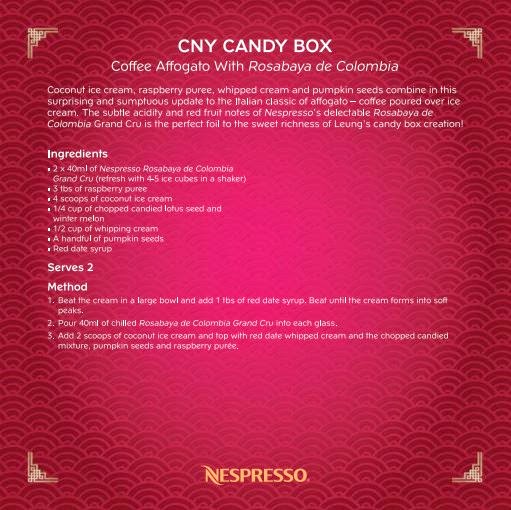 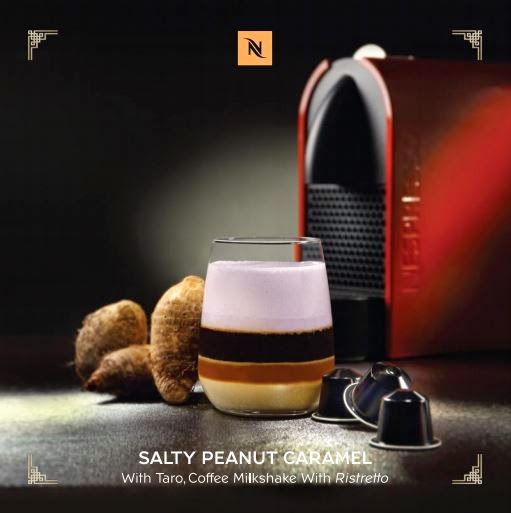 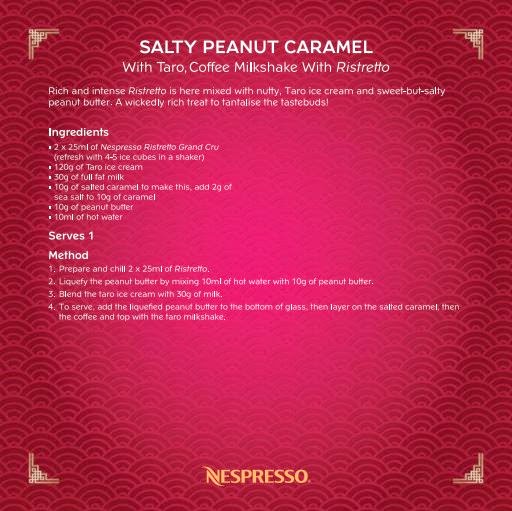 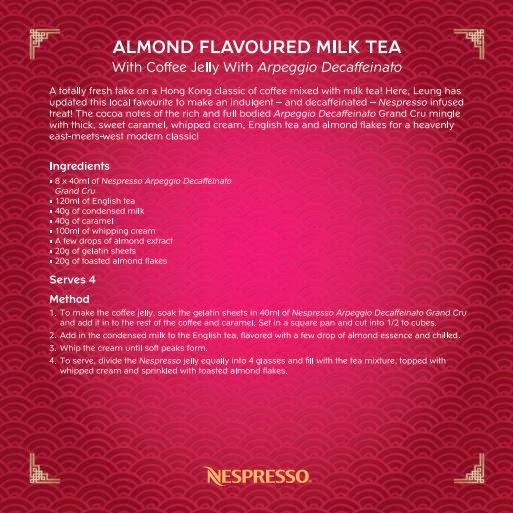 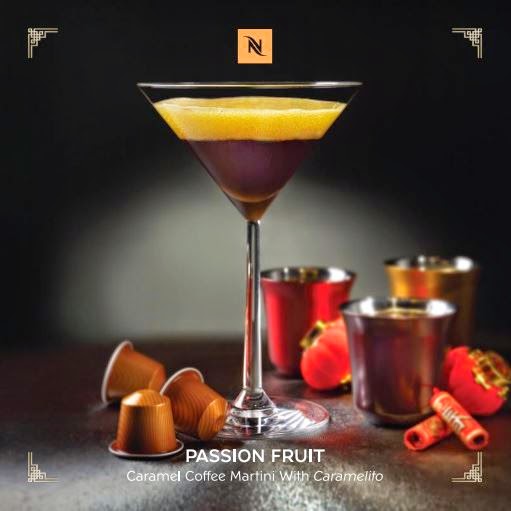 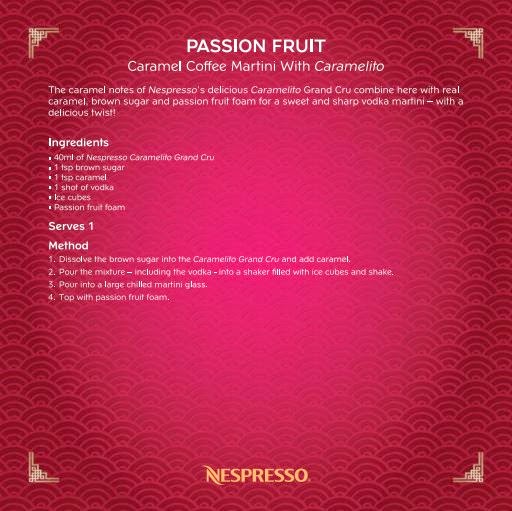 Happy Year of the Goat!