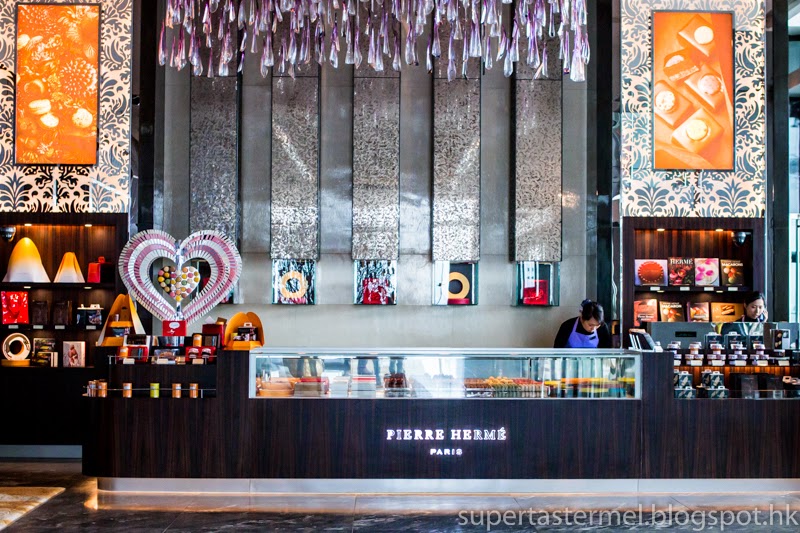 My favorite macaron creator Pierre Hermé Paris has descended onto Ritz Carlton Hong Kong with a retail shop in the lobby along with two pop-up Valentine's Day afternoon tea sets at Cafe 103 and The Lounge & Bar featuring its macarons! Available only from February 13-15, the afternoon tea sets have the same savory treats with slightly different dessert offerings between the two cafes. I ended up choosing The Lounge & Bar because I have already been to Cafe 103 previously for its chocolate themed afternoon tea. Price for the afternoon tea costs $408 for one and $688 for two people.

The elevator from the lobby took me to 103/F where I had to take a flight of escalator down to The Lounge & Bar located on 102/F. The space was huge and expansive with high ceilings and front row seats of the harbor view through its floor-to-ceiling windows. 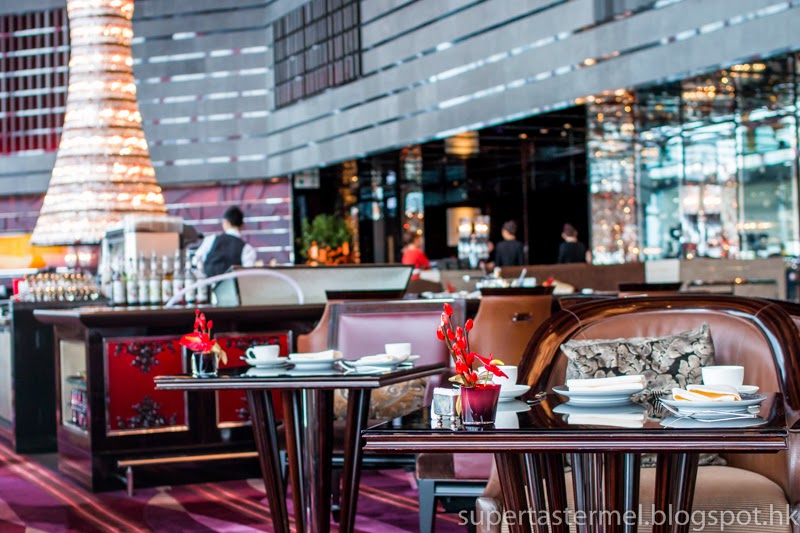 I especially adore these seats right by the windows where you can sit side by side in a cushy sofa while enjoying the gorgeous view so I was really happy when I was seated here for my Pierre Herme afternoon tea! 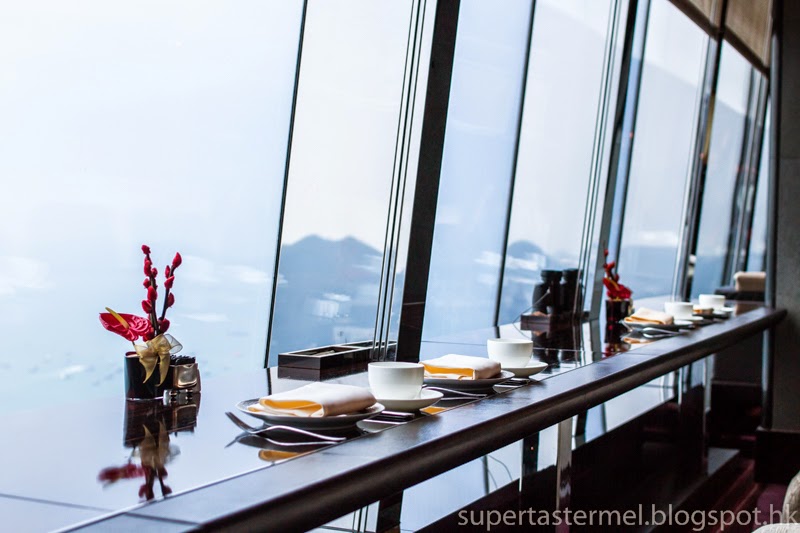 I think I prefer the seating here more than Cafe 103 because even though one is directly on top of the other so they share the same view, Cafe 103 only has limited seats right by the windows while most of the seats are located more on the inside. 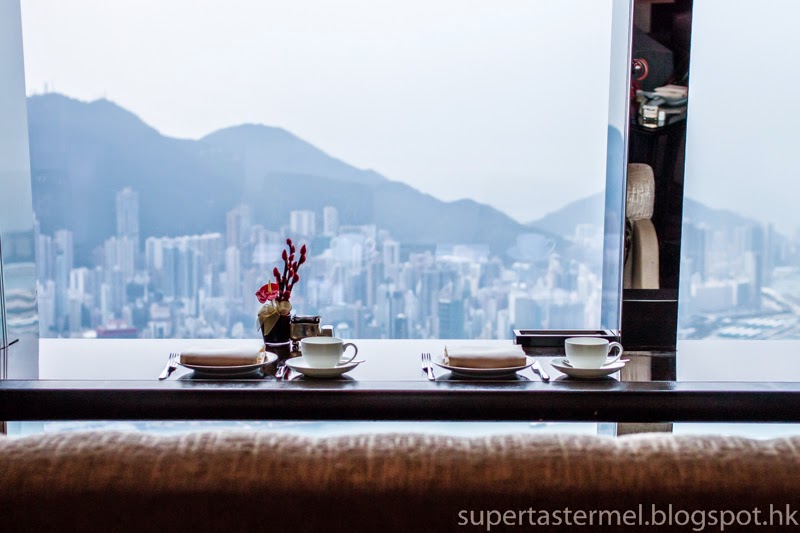 The afternoon tea comes with tea or coffee of your choice. A large selection of teas are available such as black tea, oolong tea, green tea and herbal tea while the coffee offerings are standard.

I wanted a green tea so I chose the Morgentau which is a green tea blend with large-leaf sencha and delicate fruity aromas. It was aromatic but too bitter for my taste. 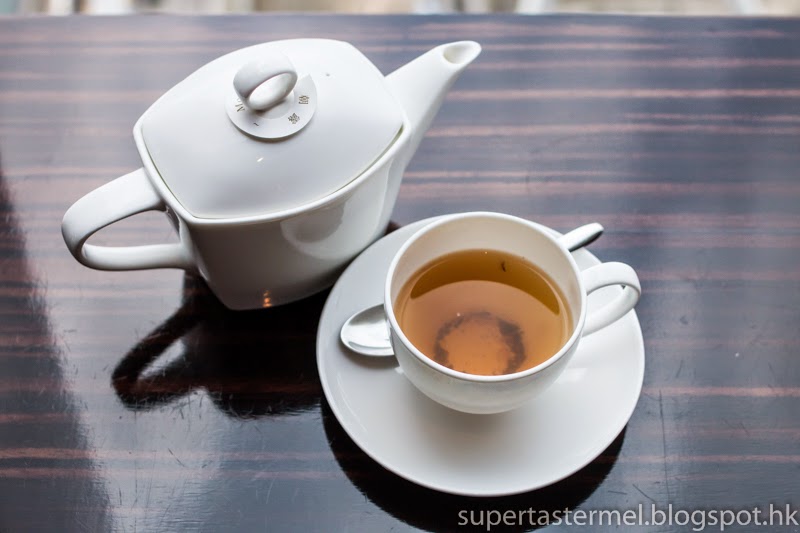 Our afternoon tea set arrived in a 3-tier stand shortly after! 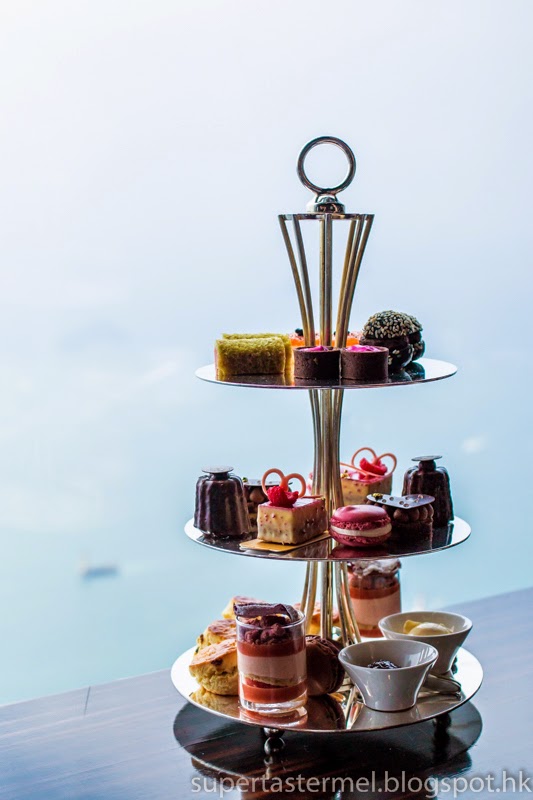 The creations were unique and delicious especially the mini pork burger and the beetroot foam tart where the flavors worked quite well together. 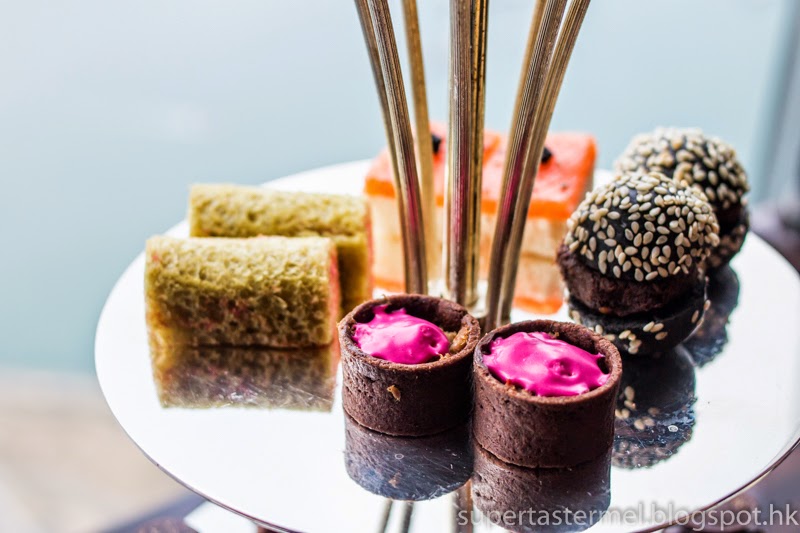 I was afraid that the desserts would taste really sweet and heavy but surprisingly they were all really delightful and scrumptious! The cannele was my favorite while I adore the crunchy textures in both the lemon min bar and mille-feuille so they were not as dense as I thought they would be. The mille-feuille reminded me of ferroro rocher actually with its hazelnut flavors! 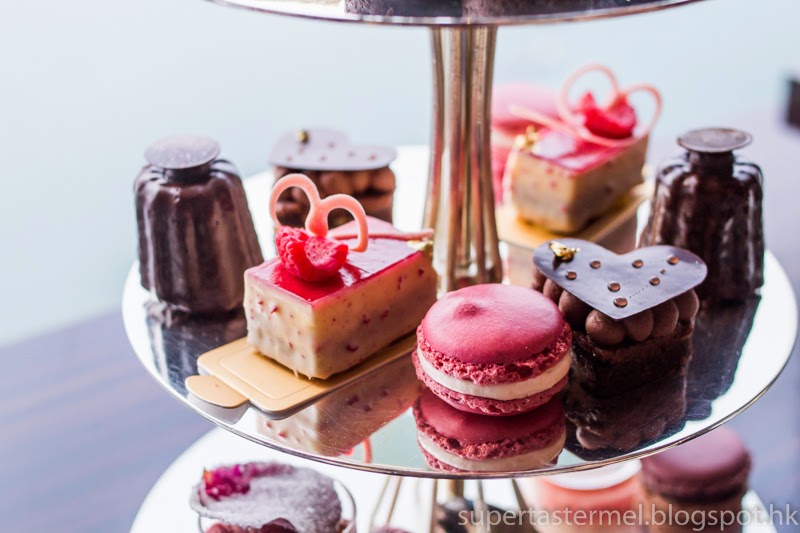 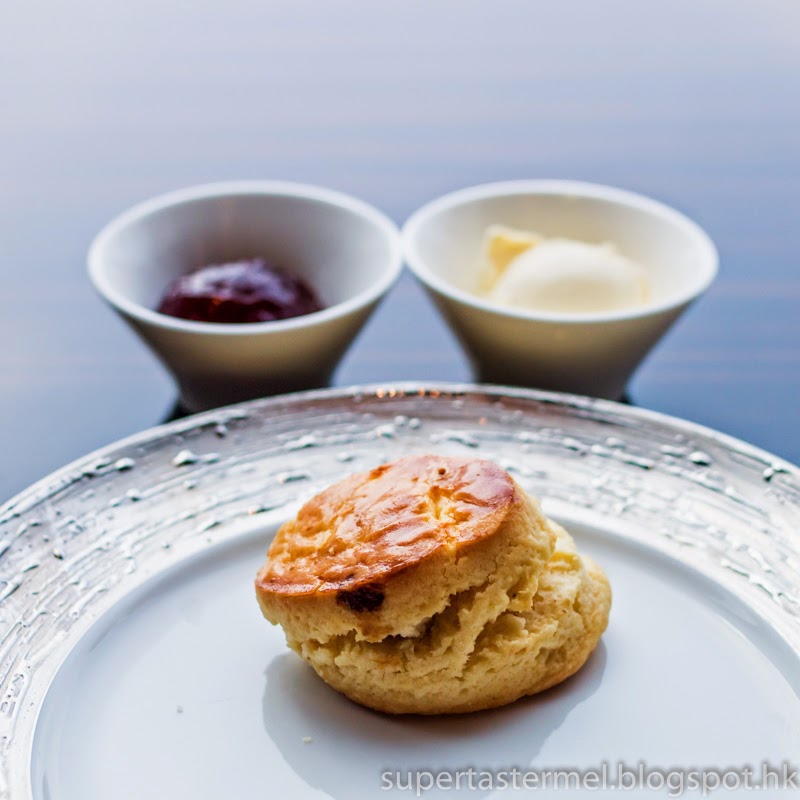 Also on the bottom tier  was the pink guava verrine which was refreshing with its tart and fresh flavors! I love the crispy sugared rose petal adorned on top which was edible as well. 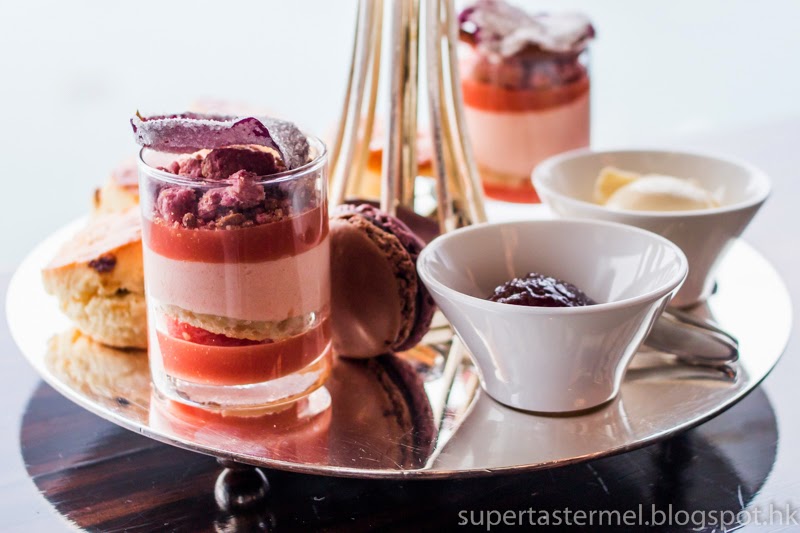 I love Pierre Herme's macarons because not only are their flavors creative and unique, they also are not overbearingly sweet so you can keep eating them one after another unlike other brands. I also love how soft and delicate the shells were (I almost crushed one while picking it up). 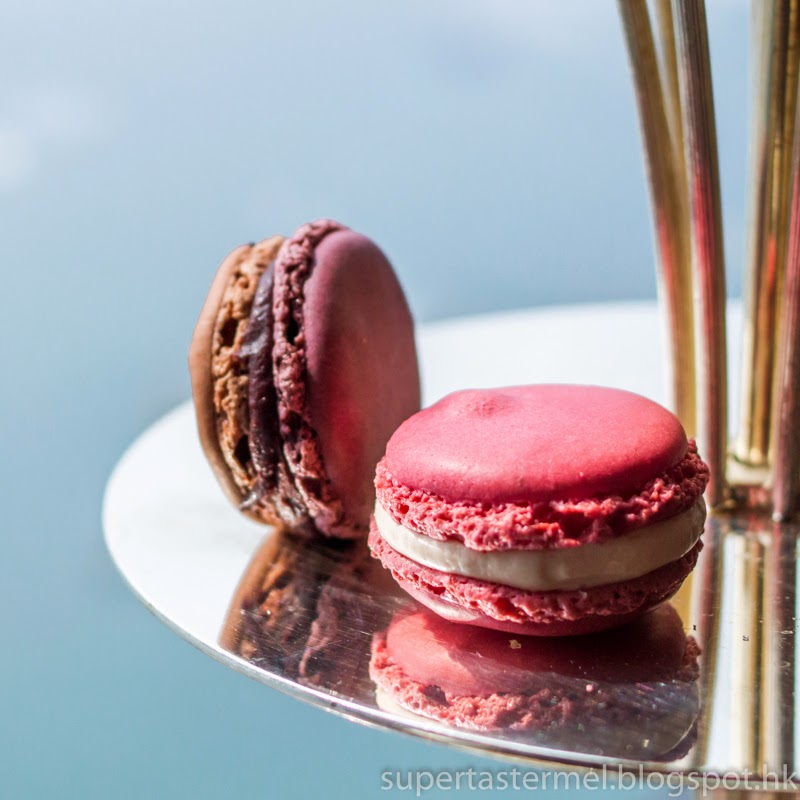 Verdict - while there could have been more savories to balance the amount of sweets, the afternoon tea at The Lounge & Bar was high quality while the seating right by the window was just cherry on top!