Belon is the new kid on the block (specifically Elgin Street) by Chef James Henry - the Australian chef behind the now-closed restaurant Bones in Paris. The concept of the restaurant is a neo-Parisian bistro where the chef plans to use as much local ingredients as possible, and the vibe was very casual with a stylish bar for diners to grab a drink as they wait for their tables. The menu was short and sweet with 6 sections: Hors D'oeuvres, Entrees, Mains, Sides, Cheese and Desserts with a few options to choose under each. I came here with a girlfriend and since we both heard that the whole roast chicken was a must-try, we decided to get that plus two other hors d'oeuvres which ended up being more than enough for the two of us. 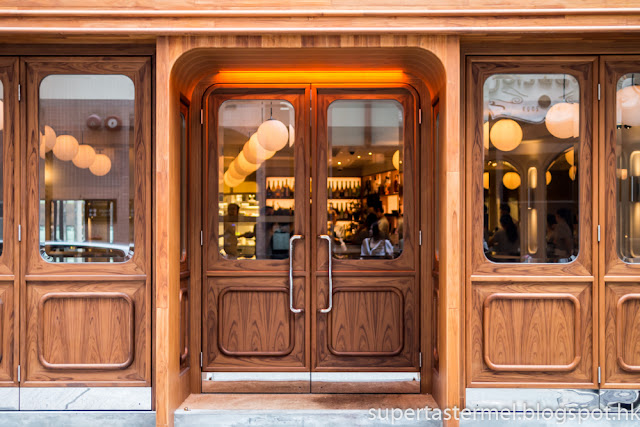 When the Pain Perdu ($58/pc) arrived, I was a bit surprised because the bread was literally the size of my finger. Guess that's why it was under the hors d'oeuvres section. It reminded me of the liquid toast at Saison but I found it a bit salty and one-dimensional in flavor while the smoked eel flavor didn't really come through. 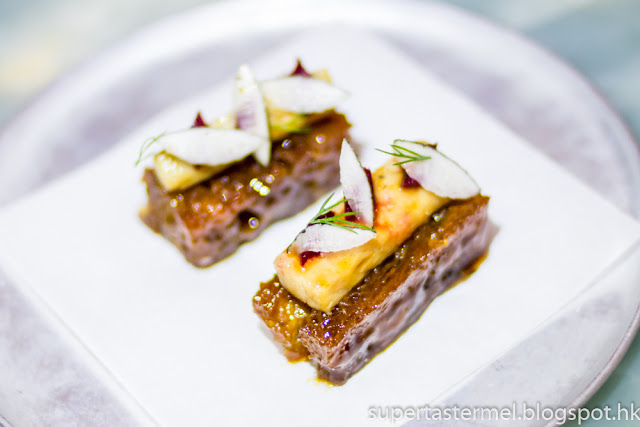 I was pretty excited to try this sexy Sea Urchin and Sweet Potato Waffle ($78/pc) with smoked bacon cream but again the size of the waffle was actually quite small while the uni could have been more fresh as it tasted a bit fishy and the waffle could have been crispier. I saw pictures of the dish online where the portion of uni covered the entire waffle but clearly ours wasn't the case. 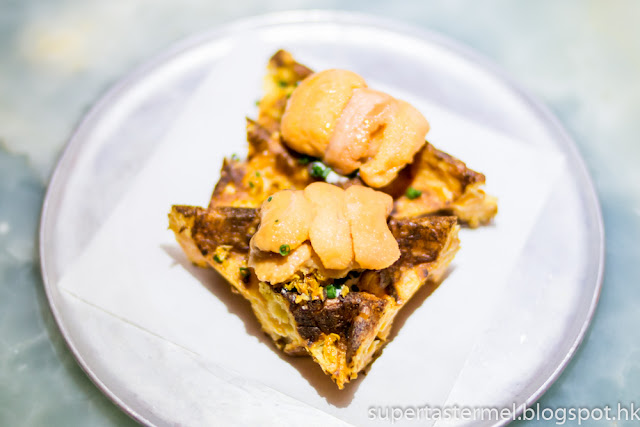 Finally the dish we had been waiting for arrived and paraded in front of us before being sent back to be cut in the kitchen. The Whole Roast Chicken ($538) was stuffed with spinach, chicken liver and button mushrooms, and I was impressed with the texture of the chicken which was smooth and tender but flavors-wise was a bit salty. The pommes anna it came with was simple and delicious which was great to eat with the chicken though. 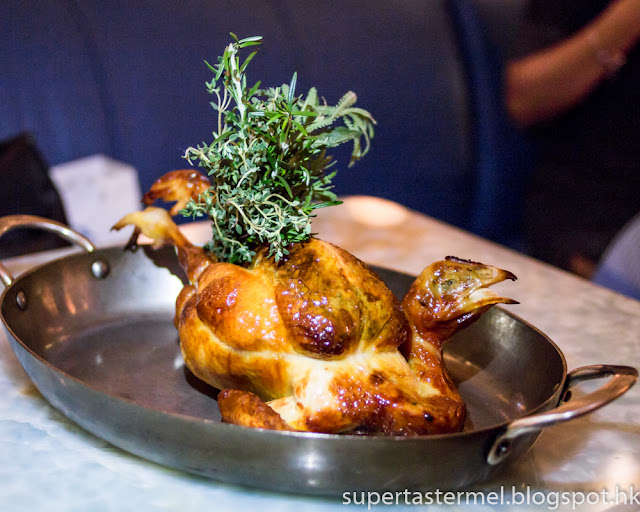 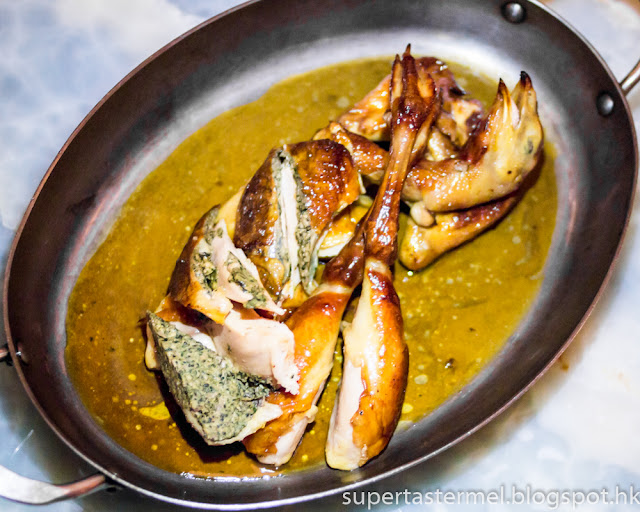 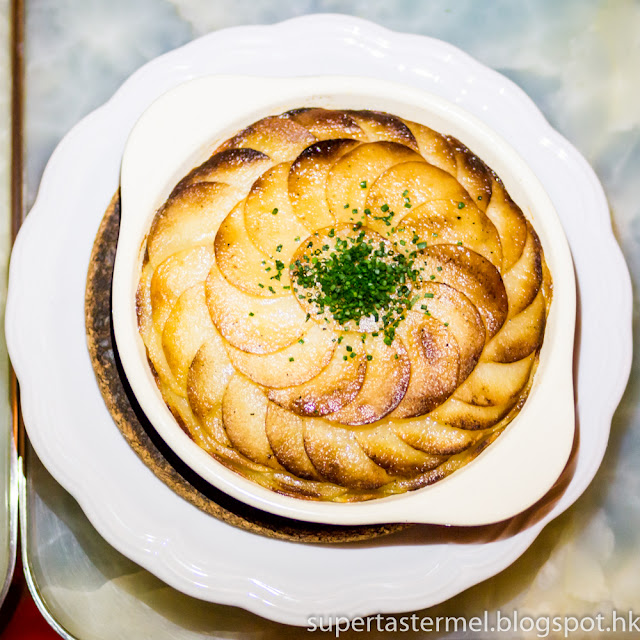 Verdict - the tab came out to around $500 per head with no drinks which was pricey for the dishes we tried of which I wasn't wholly impressed with. I'd recommend coming here with more people in order to try more dishes which was hard to do since there was only two of us and we wanted to try the whole roast chicken that was really meant for three people. Service was very prompt and professional as there was a party waiting for our table but our waiter told us to take our time which was a nice gesture and a rarity sometimes in this city where time is money.