After our exciting adventure at the tuna auction, it was time to reward ourselves with sushi breakfast at the Tsukiji Fish Market. The place that most people think of is Sushi Dai but the queue is notoriously long (think 2-3 hours) and we heard that people were already lining up at the restaurant while we were waiting for the tuna auction, so we decided to check out Uni Tora Kurau instead which is known for its rice bowl with 5 different types of uni (sea urchin)! There are at least two Uni Tora Kurau restaurants in the Tsukuji and we ended up going to the naka dori ten which opens at 7am. 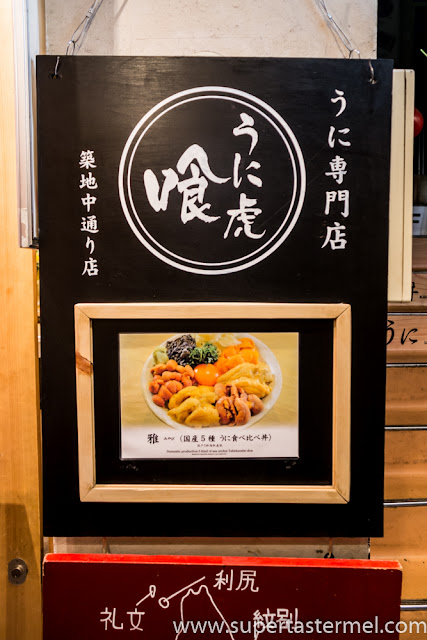 The restaurant was bright, clean and modern with 9 seats at the sushi counter, and since we had time to study the menu while waiting outside, we already knew what we wanted to get. They mostly serve rice bowls here with sea urchin and seafood, and you can pretty much get any kind of combination you want. 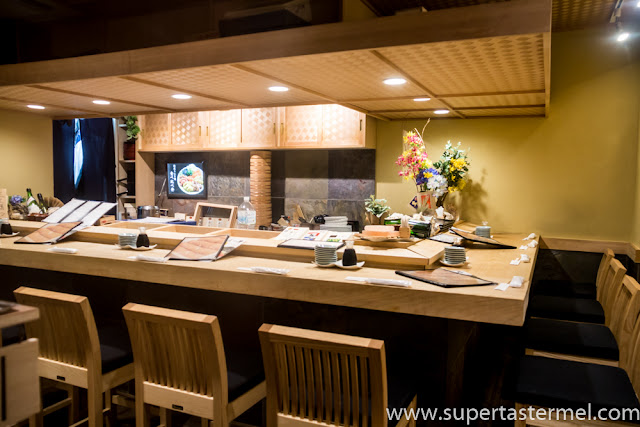 J got the Uni Tabekurabe Don with 5 varieties of sea urchin from Japan which costs ¥‎6,458 including tax. The cost is cheaper if you opt for overseas uni instead of the Japanese ones. The uni in the rice bowl included Bafun uni from Iwate, Kita Murasaki uni from Aomori, and Bafun and Murasaki uni from Hokkaido which were decent but not the best quality that we've had - some were better than others but they didn't seem too fresh to be honest. I'd rather have quality over quantity and since the price wasn't exactly cheap, I would prefer to eat sushi lunch at a real sushi-ya like Miyaha which costs about the same. 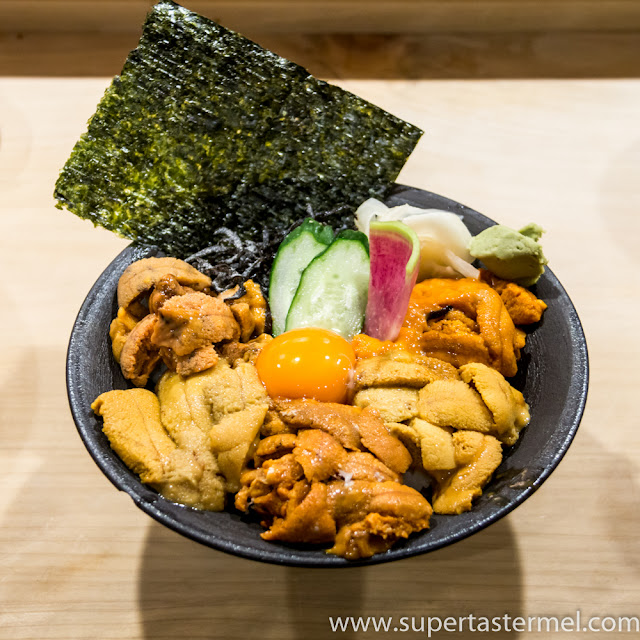 I had the Original Kaisen Hitsumabushi with 12 kinds of sashimi and extra servings of domestic uni for ¥‎4,298. This was rather fun to eat since you can eat it in 3 ways:

1) Eat it as a Kaisendon by taking a portion of the sashimi, uni and rice into a small bowl. Season with soy sauce and wasabi as you like.
2) Eat it as Bara Chirashi by mixing the sashimi, mushrooms and lotus roots with the uni thoroughly until the rice turns into the color of the sea urchin.
3) Eat it as Ochazuke by pouring dashi broth over the remaining rice mixture

I enjoyed this more than the Uni Tabekurabe Don, but I probably wouldn't come here to eat if I wasn't in Tsukiji already for the tuna auction. The unwelcoming service was a turn-off as well. 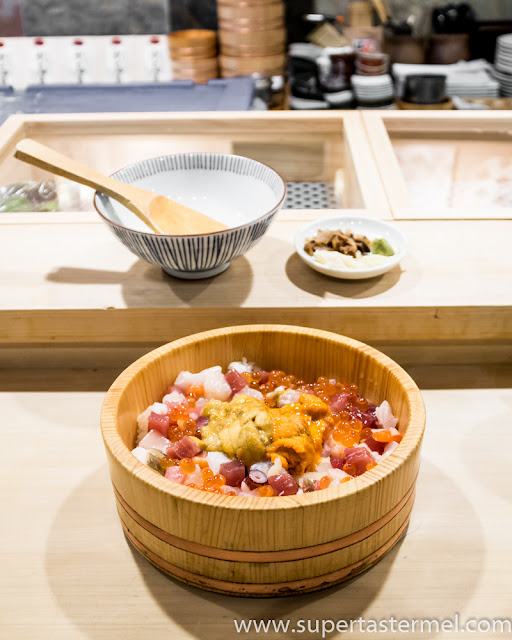 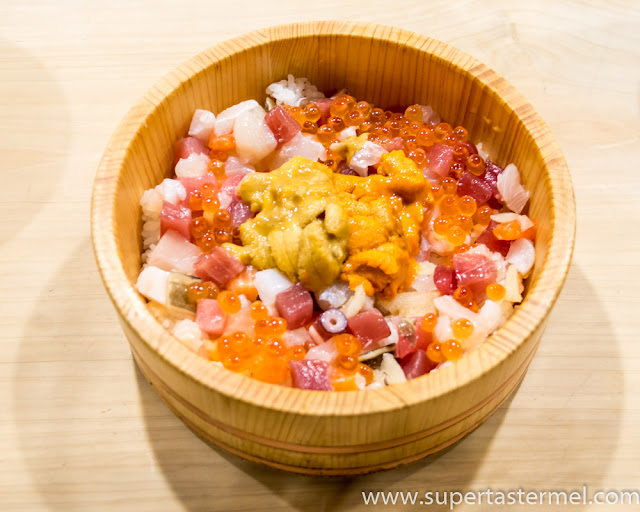 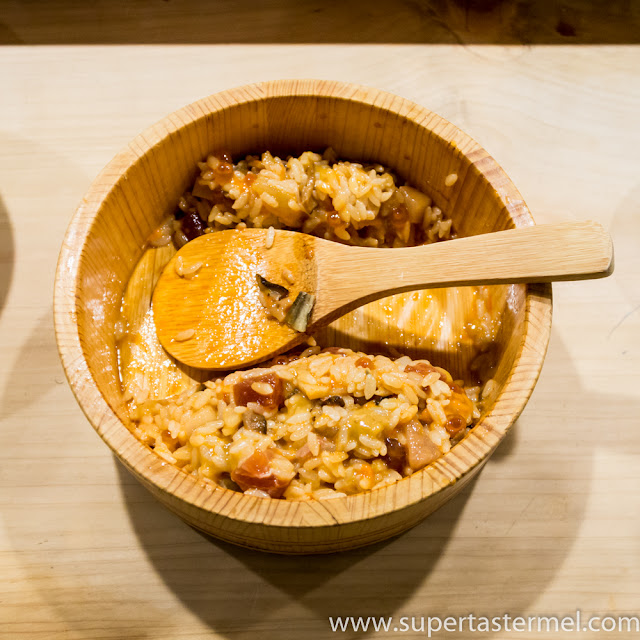 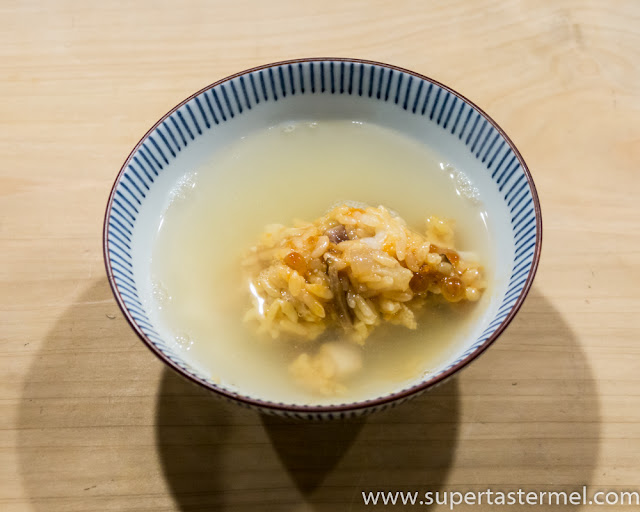 Bonus round! After seeing someone making tamagoyaki (Japanese rolled omelette) on a Japanese TV show, I really wanted to try some at the Tsukiji as there is a whole row of shops dedicated to this craft. The most famous one is Marutake where the son's owner is a famous TV personality, and you can buy a slice for just ¥100! They have pre-cut the omelette already so you can just pay and grab a tray. The tamagoyaki was still piping hot but I found it a bit too sweet for my taste. 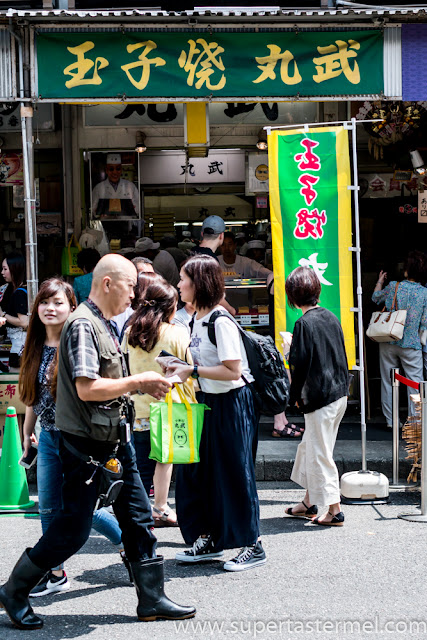 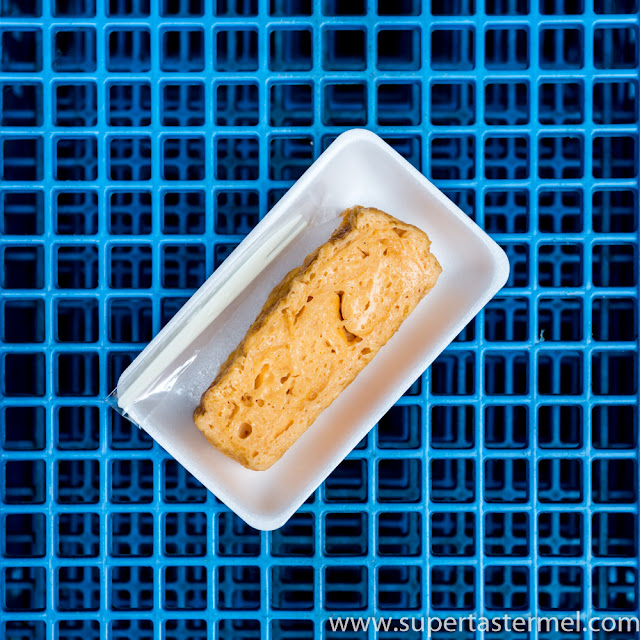 I also tred Yamachou just down the street as well which had a bigger corner shop with a tamagoyaki cooking demonstration through a window. They also sell a slice of tamagoyaki for ¥100 with options for an unsweetened or sweetened version which can be topped with grated radish if you wish. I opted for the sweet version which I liked better than Marutake as it was not as sweet and the grated radish also helped to balanced the flavors. 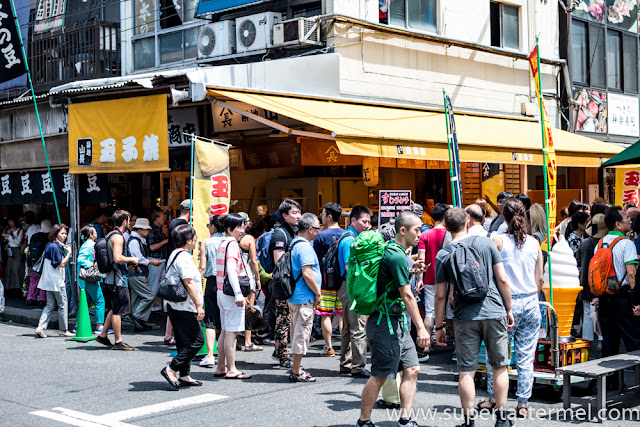 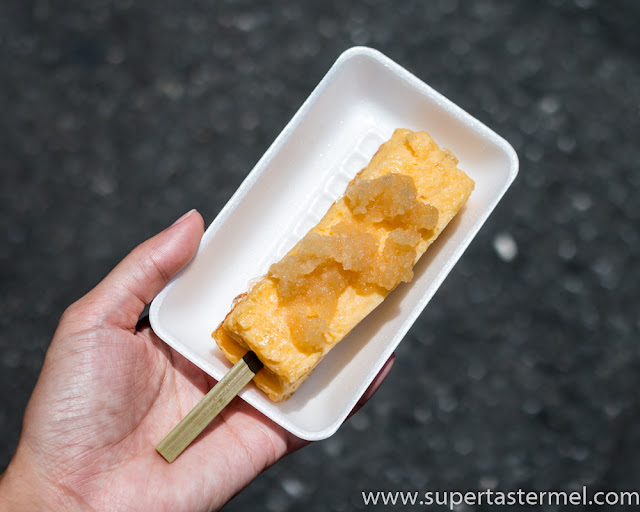