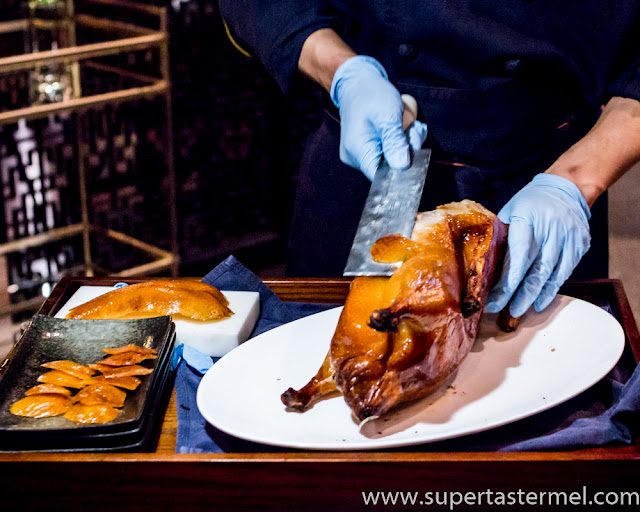 I was back at Mott 32 over the weekend to try its new specialty dishes featuring Yunnan Mushrooms which will be available until the end of August! I haven't eaten at the restaurant since new Executive Chef Lee Man Sing (previously at Man Wah of Mandarin Oriental) took over earlier this year, so I was excited its old and new dishes alike. We started with some classics like the Iberico Pork Char Siu and Siu Mai with black truffle and quail egg before sampling almost all of the 8 new dishes where I would be surprised with the many different types of mushrooms from Yunnan! 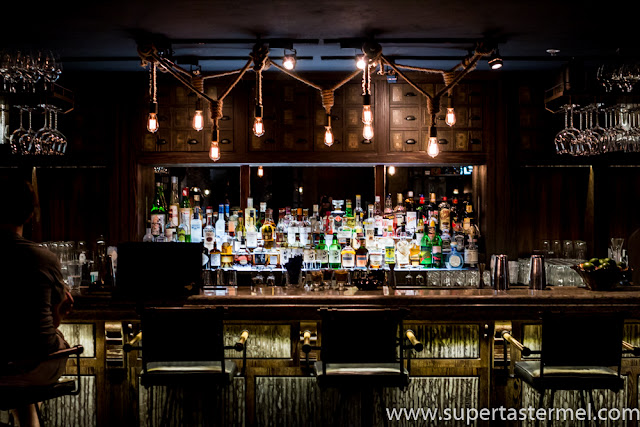 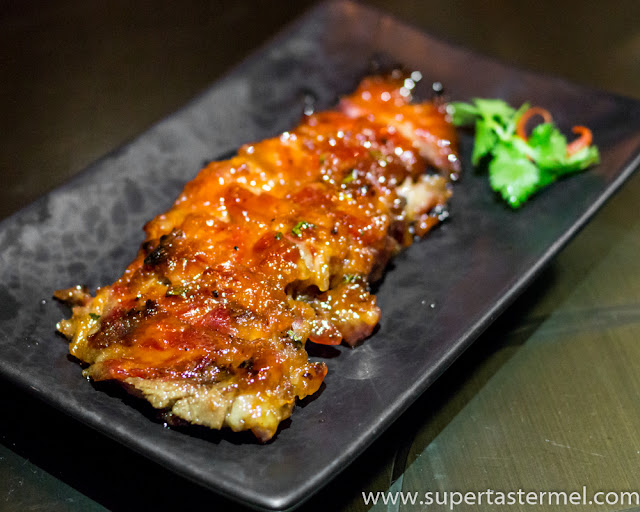 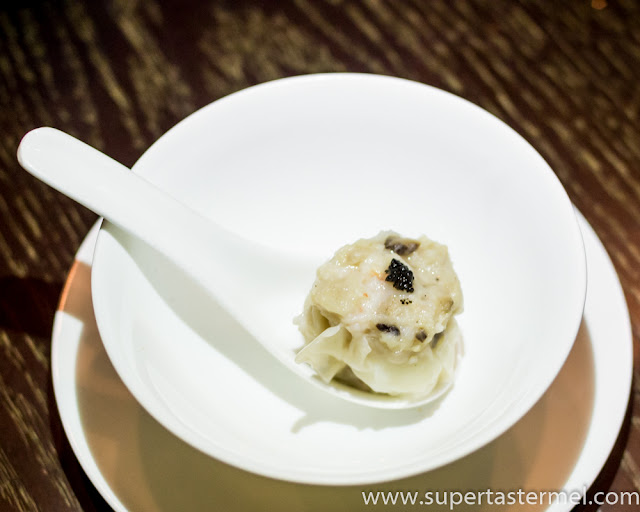 The Fried Giant Garoupa ($480) featured sarcodon mushrooms and garlic stems. The fish was perfectly stir-fried while the overall flavors were rather light. 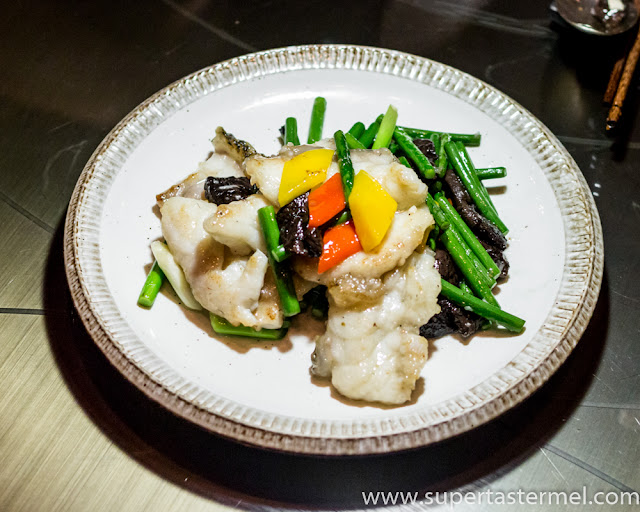 The Fried Mantis Prawns ($560) with termitomyces mushrooms and fresh fennels turned out to be my favorite dish of the meal as the prawns were plump and juicy with deliciously rich flavors. 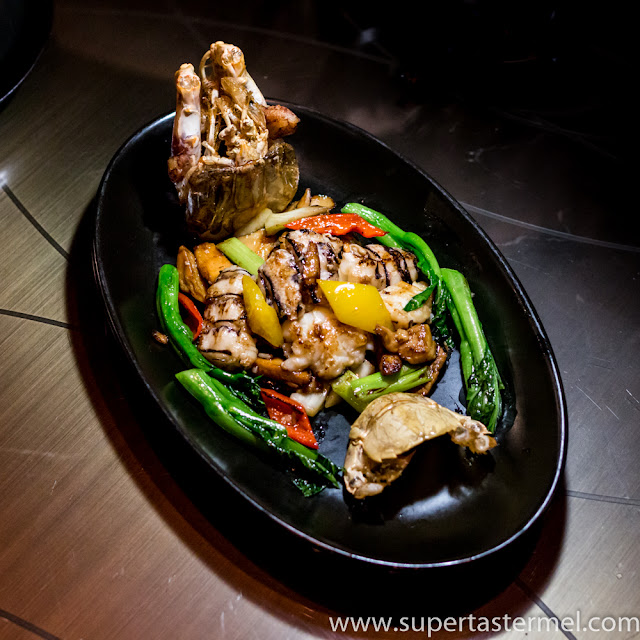 The Free Range Chicken ($580) with matsutake mushrooms and fresh abalone casserole was also a stand-out especially with the super tender abalone which had absorbed all of the flavorful sauces. 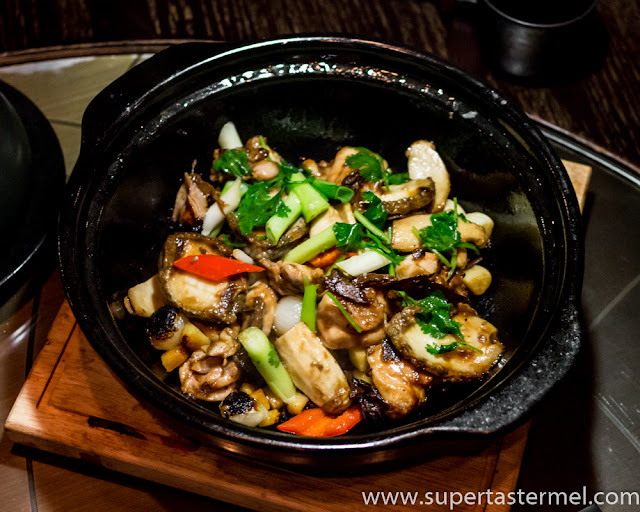 The Poached Chinese Spinach ($220) with matsutake mushrooms and fresh bamboo pith in rice broth was a good vegetarian option with light and subtle flavors. 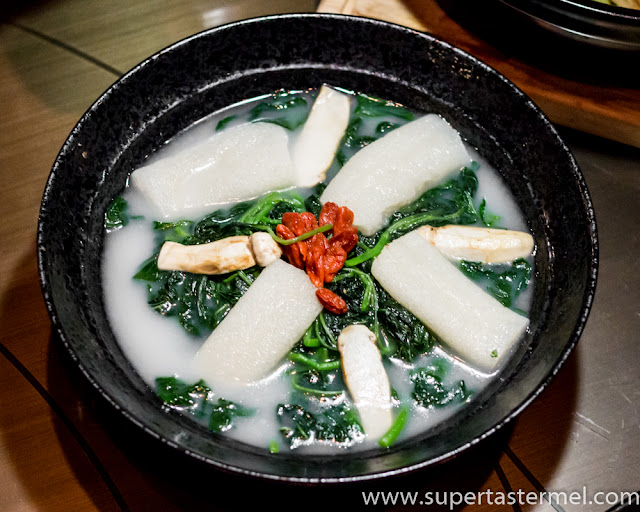 The Pan-fried Boletus Mushrooms ($230) was surprisingly delicious as the soy sauce used to stir-fry the mushrooms tasted like the premium kind with strong and rich flavors. 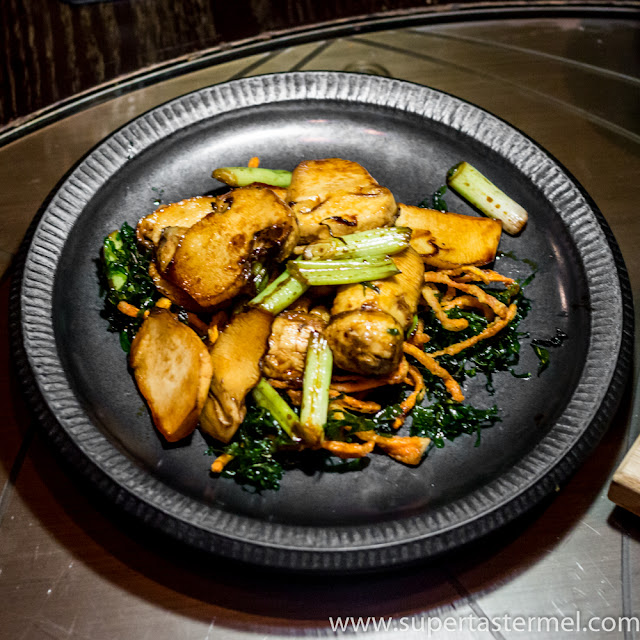 I liked the combination of the Steamed Beancurd Sheet ($480) with matsutake mushrooms, but I wasn't sure that the Spanish ham worked here in this dish. 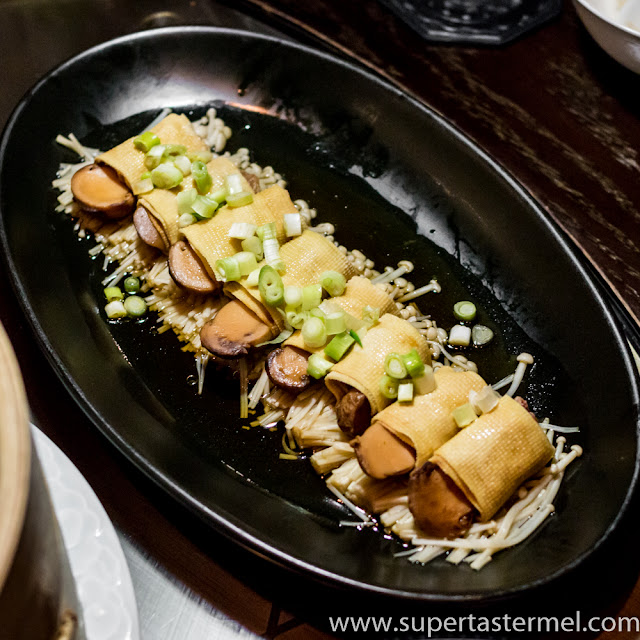 The Deep-fried Rice Dumpling ($480) with diced Australian wagyu beef and wild mushroom was an interesting dish as the rice ball had been pan-fried with a crispy crust like a Japanese grilled onigiri almost. The rice was then broken apart and mixed with the sauce, and I highly enjoyed eating the crispy rice with the flavorful sauce. 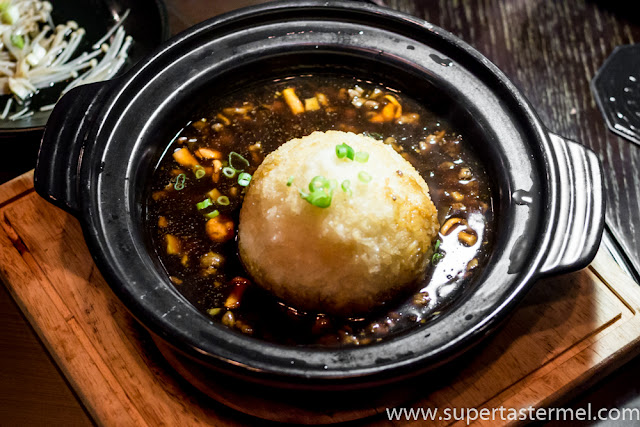 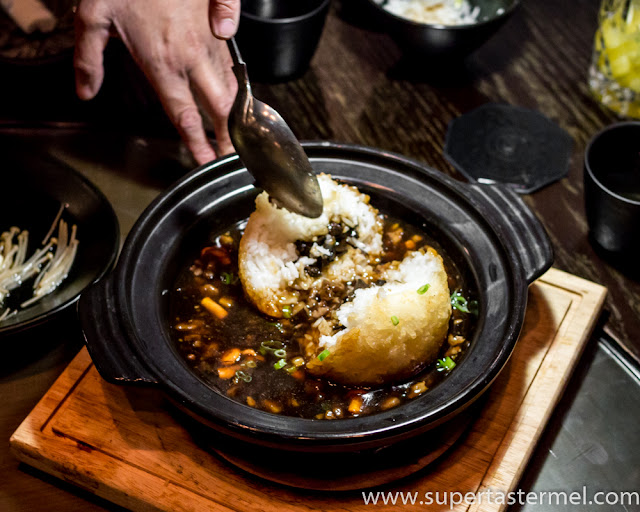 A visit to Mott 32 would not be complete without trying its signature Apple Wood Roasted 42 Days Peking Duck with its impeccably crispy skin and juicy meat! It was skillfully carved right in front of us and we were provided with steamed pancake and sauces to eat with the duck. 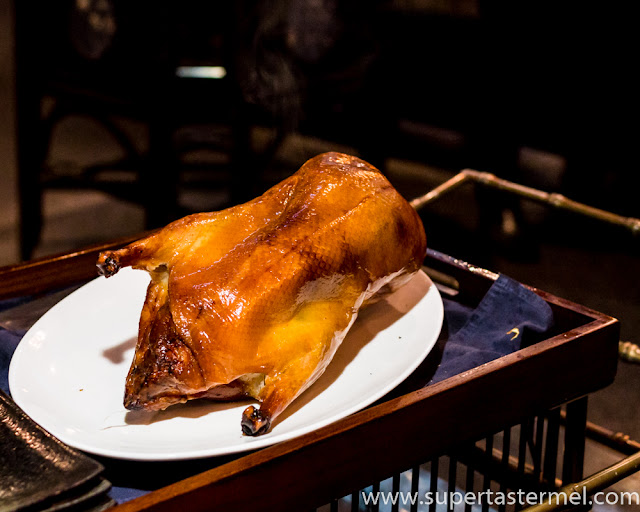 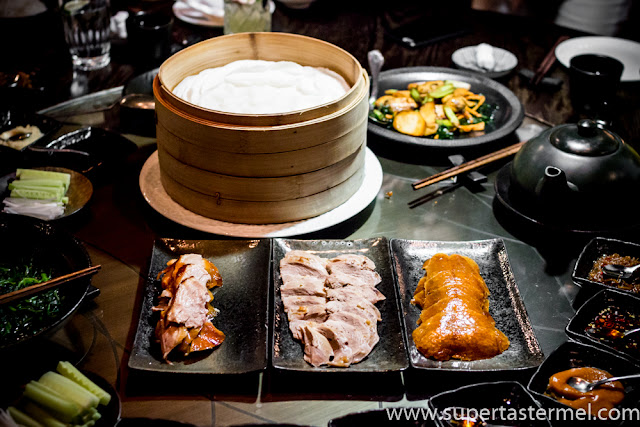 Dessert time! I don't know how but we still managed to try a variety of desserts after all the food that we had including the refreshing Black Sesame Ice Cream, Water Chestnut Rolls with coconut, Almond Purple Yam Puffs, and the Sweetened Beancurd Cream with Mango Soup! 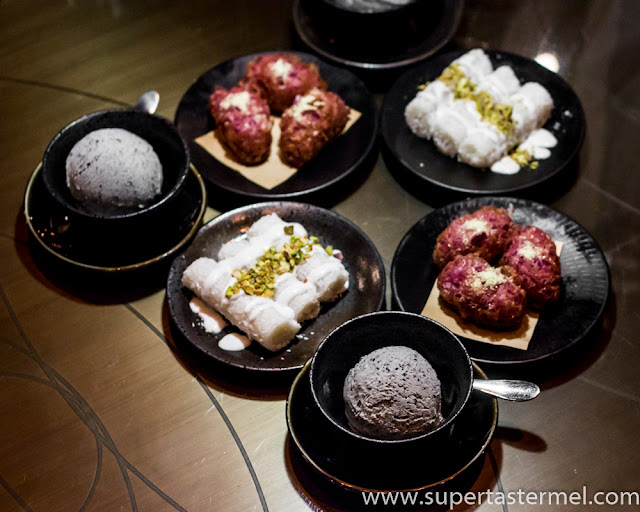 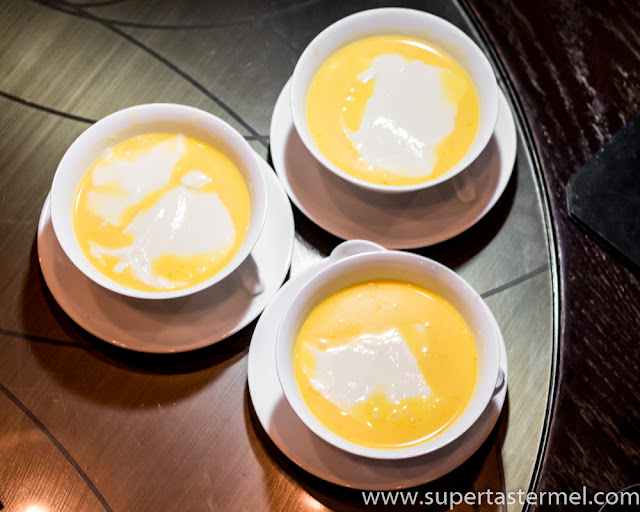